Tatsu's Bread is best known for its breads, though there's also lots of fresh pastries, desserts and sandwiches behind the counter.

The bakery next to Humber College has been a staple in the neighbourhood for the past 15 years, drawing in hungry students and families alike. 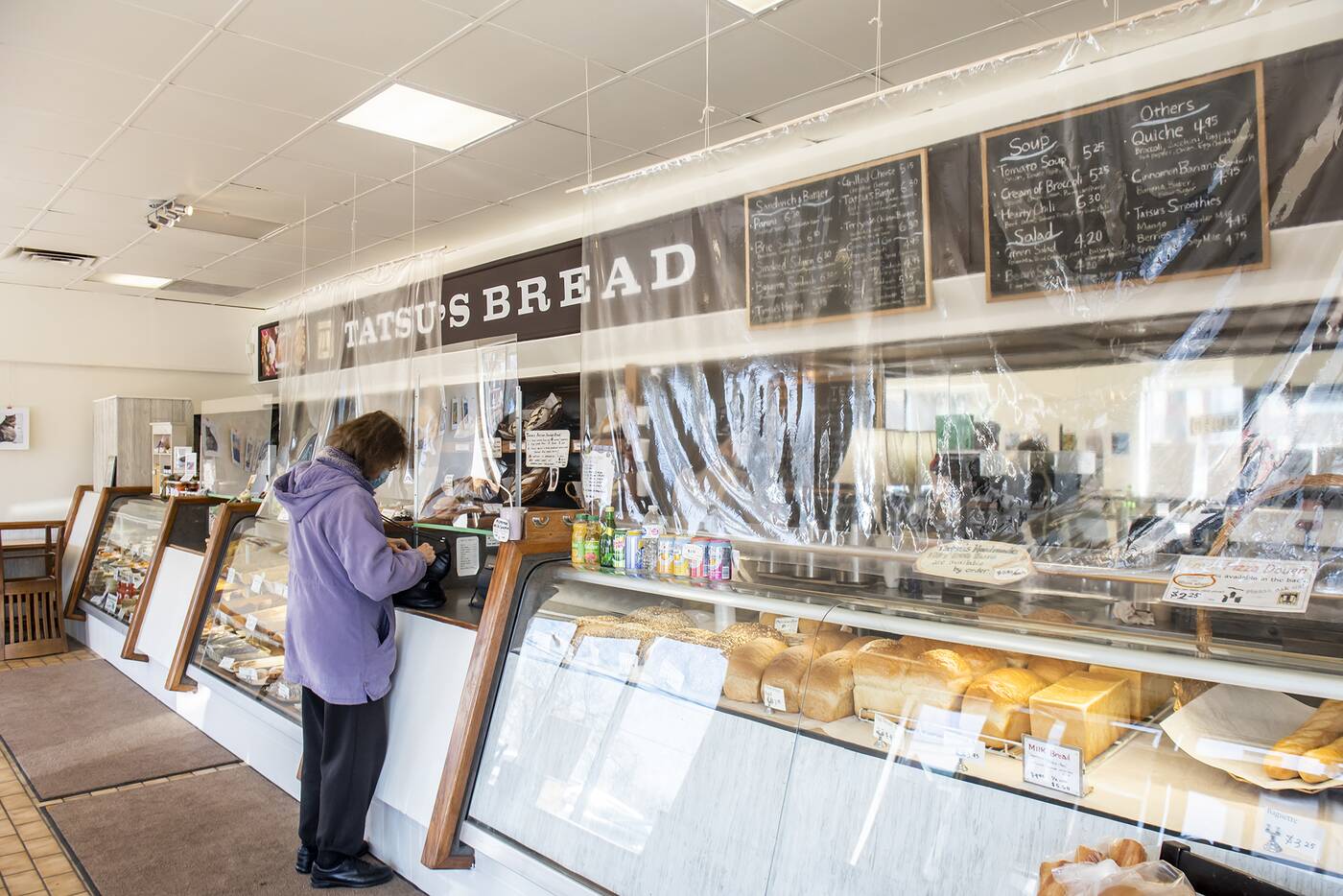 The welcoming space inside features plenty of artwork by Humber students and community artists on the walls, while the preservative-free bread that's made fresh every day are pieces of art in their own right. 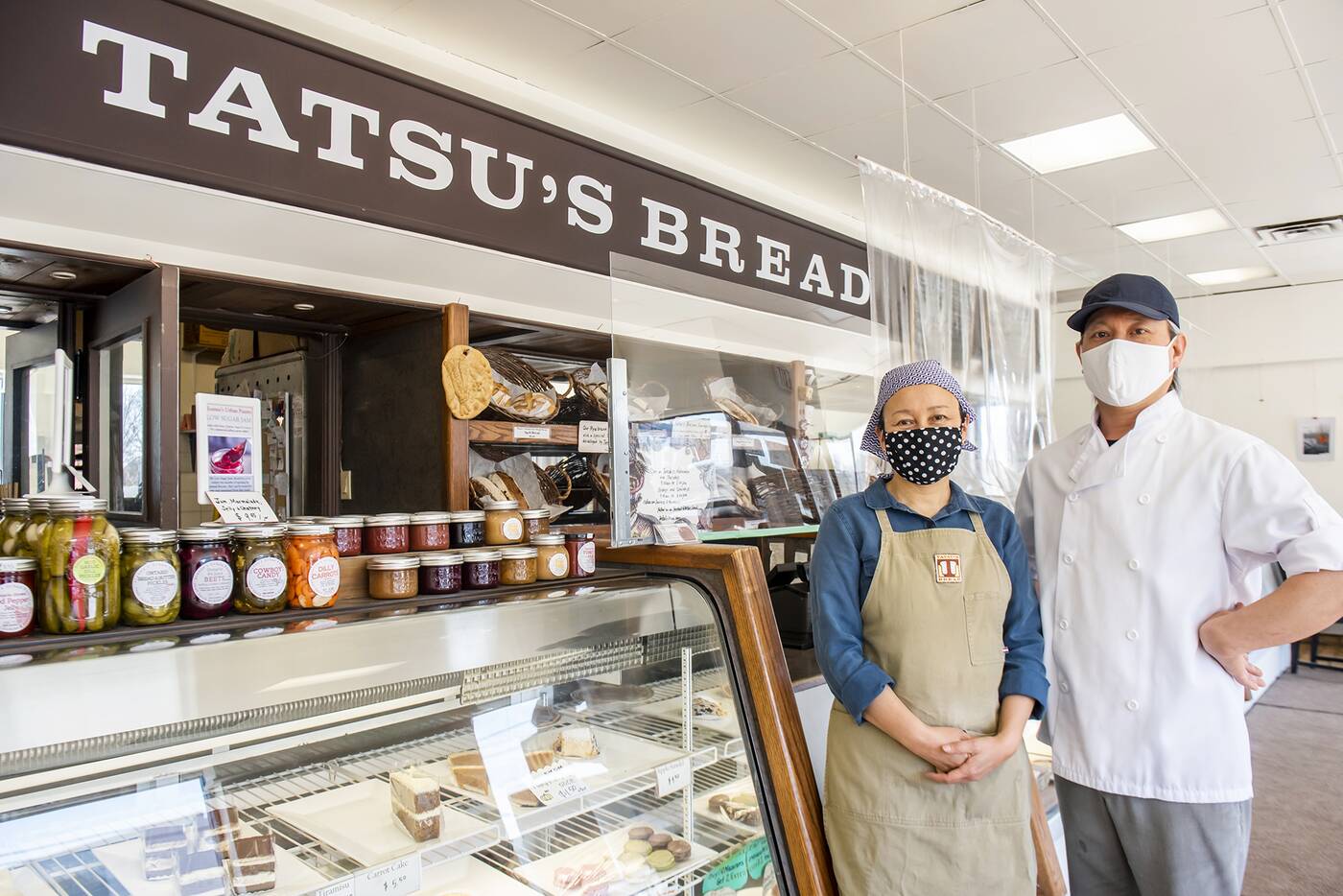 Master baker Tatsu Sato and his wife, Junko, opened the bakehouse in 2006 where they offer a fusion of Western and Japanese treats on the daily. Tatsu is up hours before the crack of dawn every morning to bake up a collection of loaves that are sure to be gone before the end of the day. 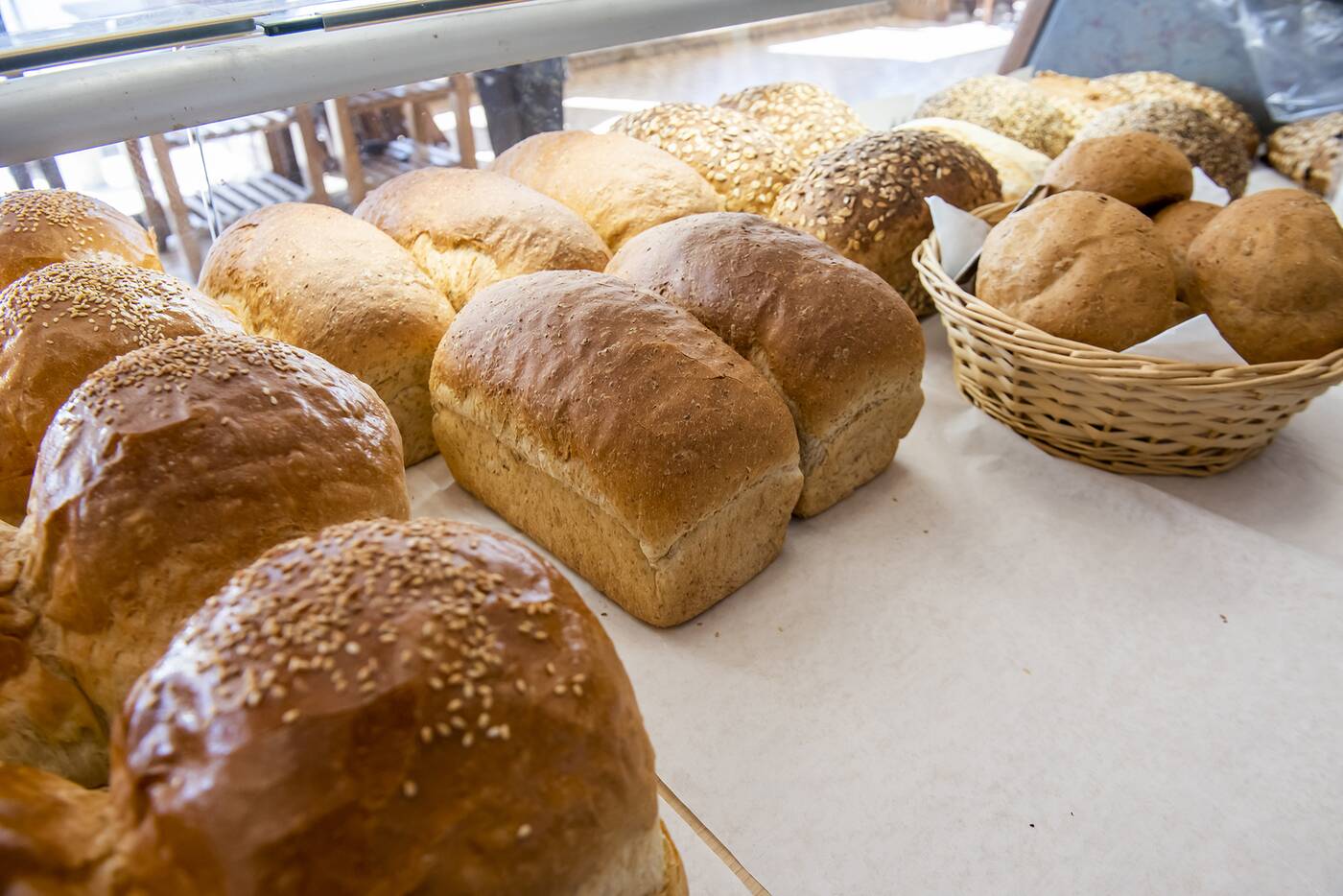 Their selection of breads range from sourdough, egg, rye and raisin to whole wheat, muesli and walnut, and you can get them whole or half-loaf. The sourdough takes about four days to prepare and contains just four ingredients, flour, water, salt and Tatsu's special natural yeast made from organic raisins. 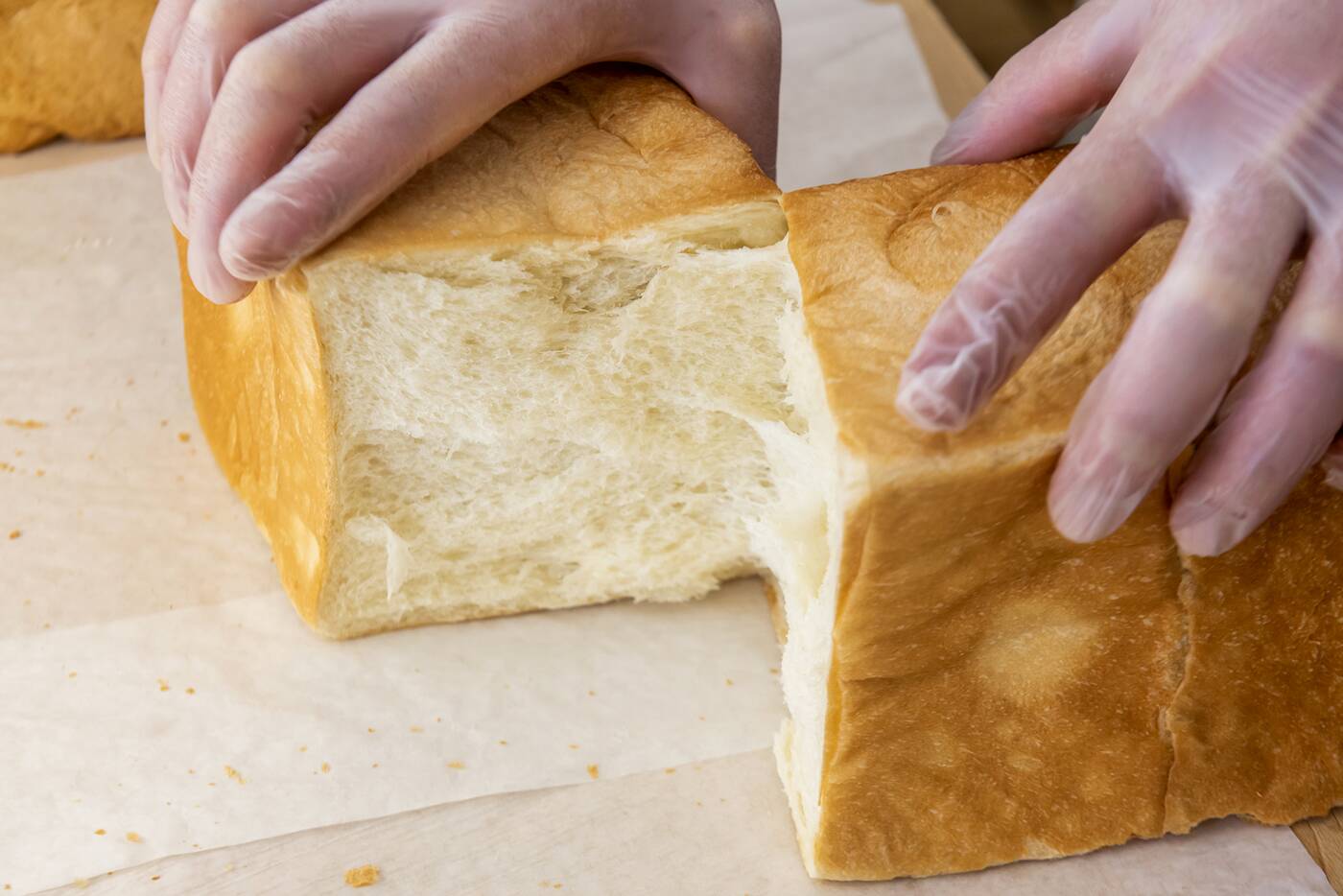 A favourite is Tatsu's Japanese milk bread or shokupan that's well-loved for its fluffy soft texture and slight sweetness. The square loa ves made with white flour, yeast and milk is most often eaten for breakfast in Japan. 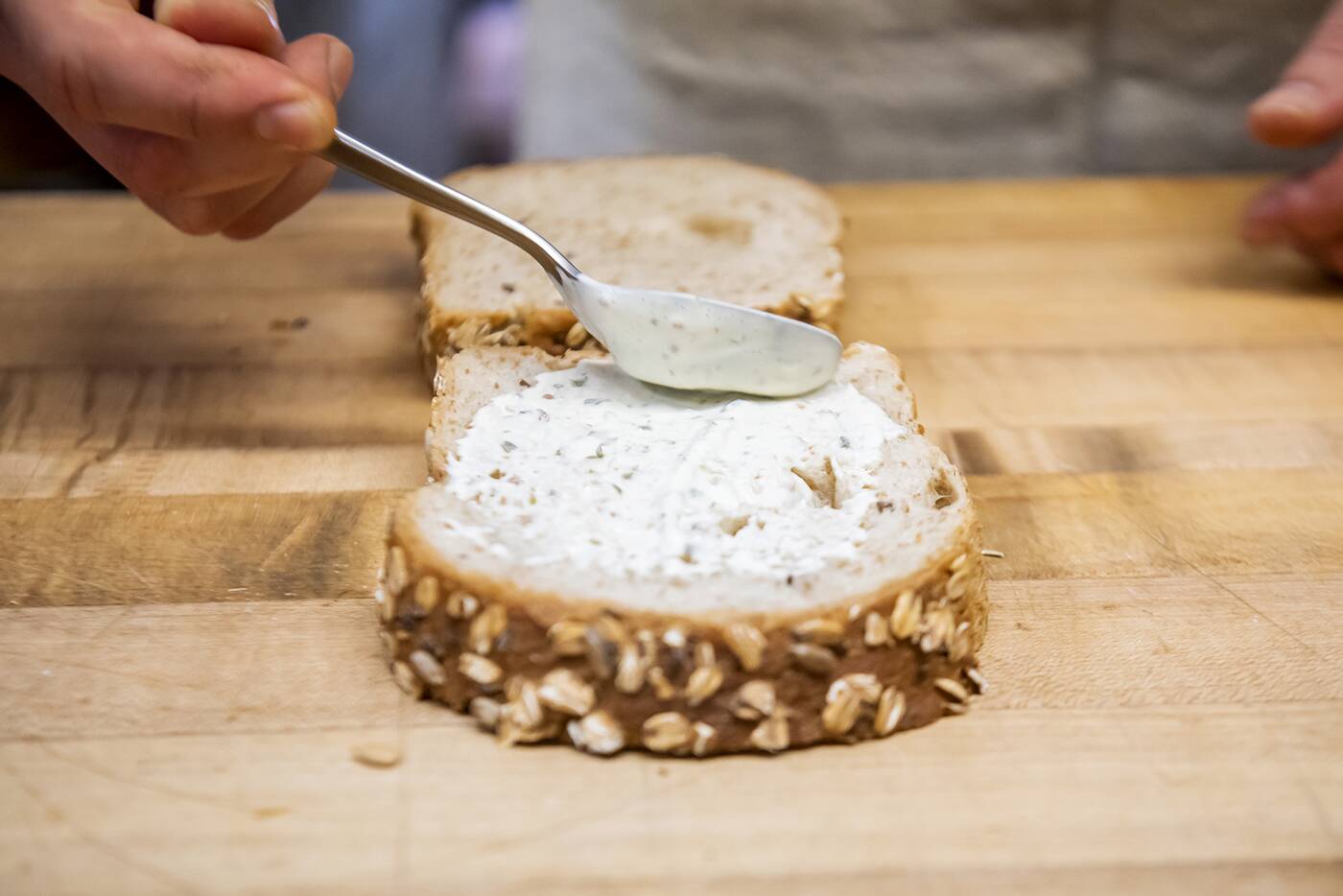 When I arrive, a few sandwiches like their signature veggie and curry tuna are already made and wrapped behind the glass counters, though I'm told they're made constantly throughout the day. 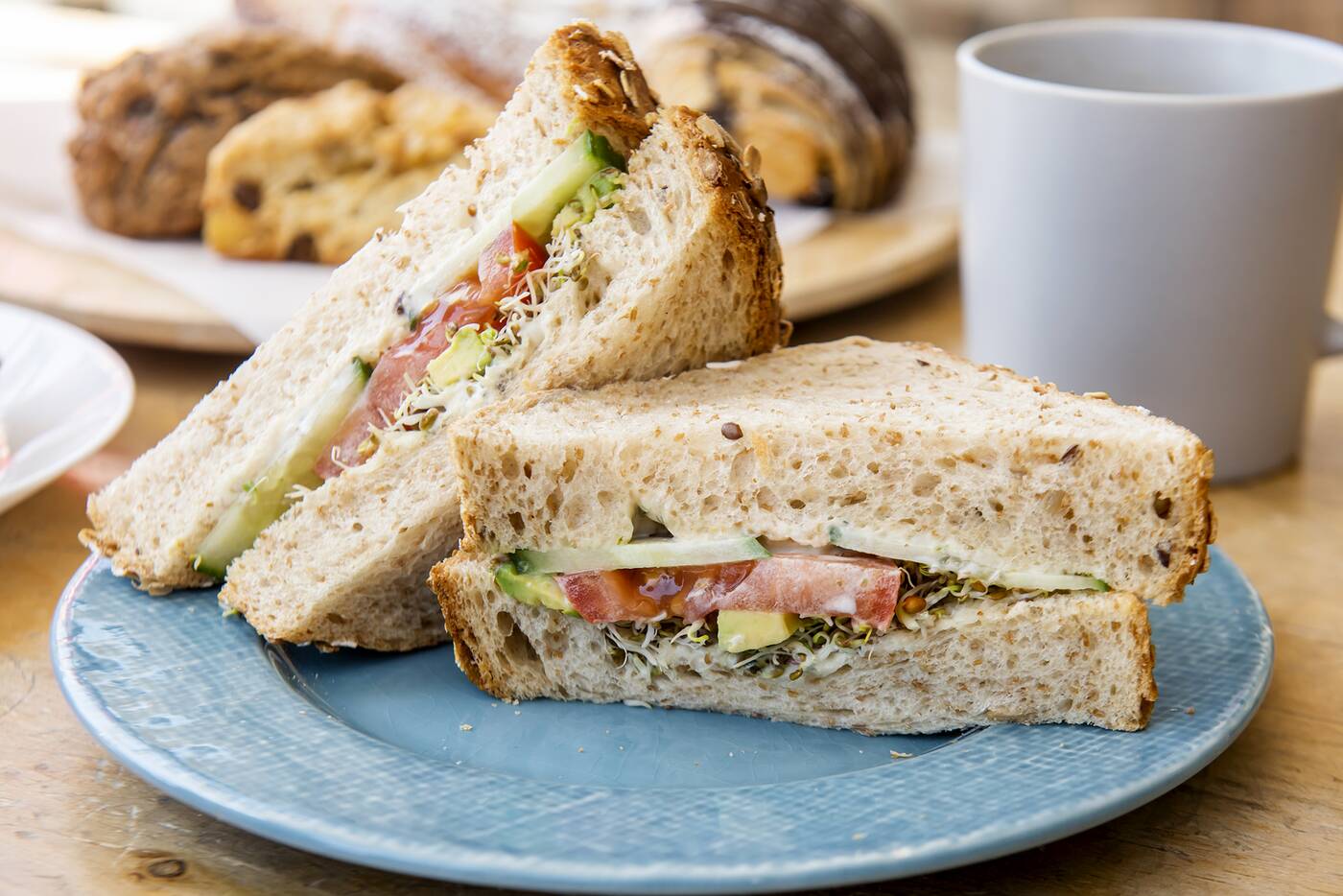 The veggie sandwich ($4.95) comes on two thick slices of the multigrain bread with tomato, avocado, cucumber, sprouts and homemade mayo.

Although I was surprised at first to hear that the veggie option tends to fly off the shelves the fastest, it's easy to see why when you give the crispy-crusted bread and fresh veggies a try. 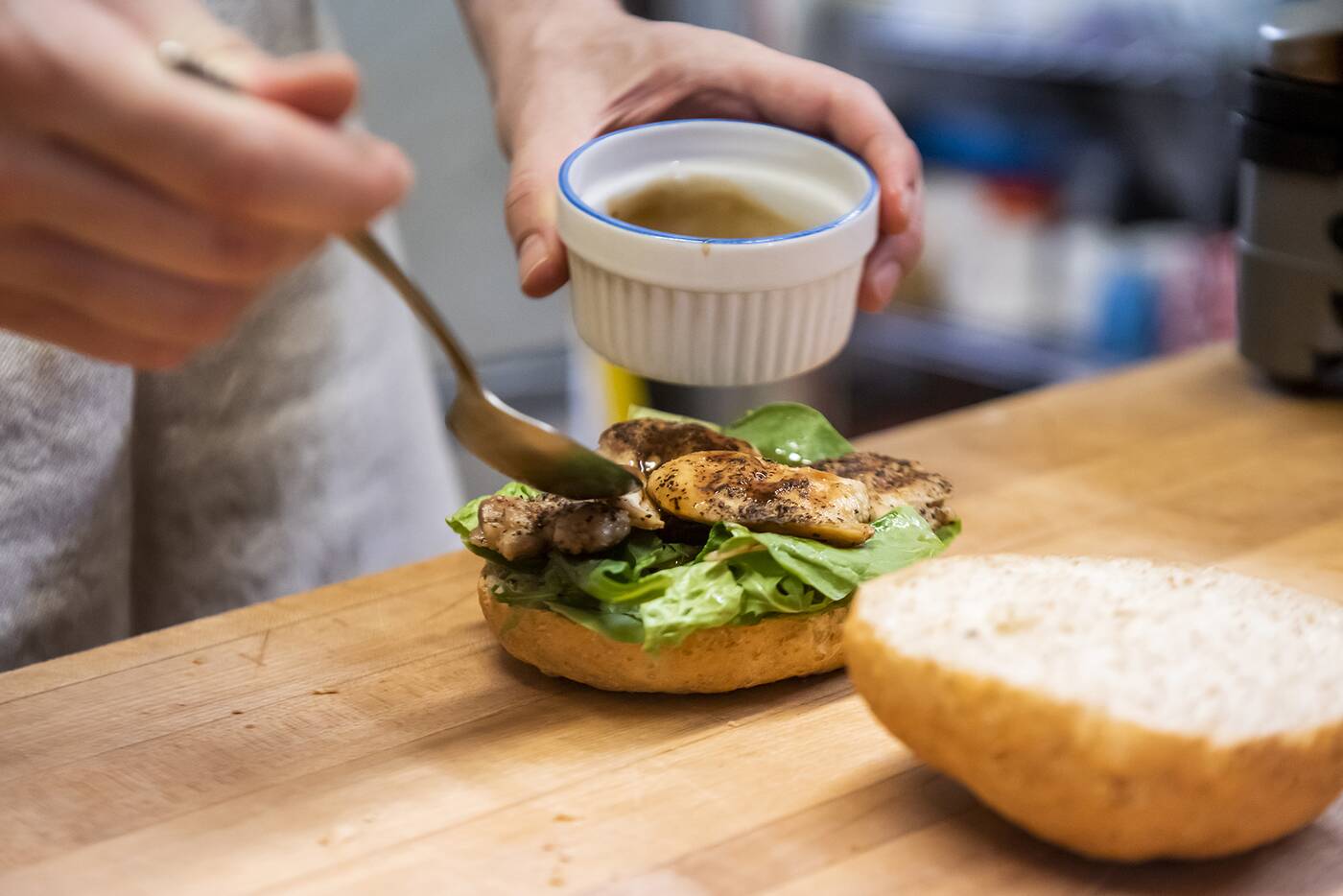 The chicken teriyaki sandwich ($6.30) is made fresh for every order. Grilled chicken thigh meat, mixed greens and homemade Japanese teriyaki sauce are housed in a fresh bun. 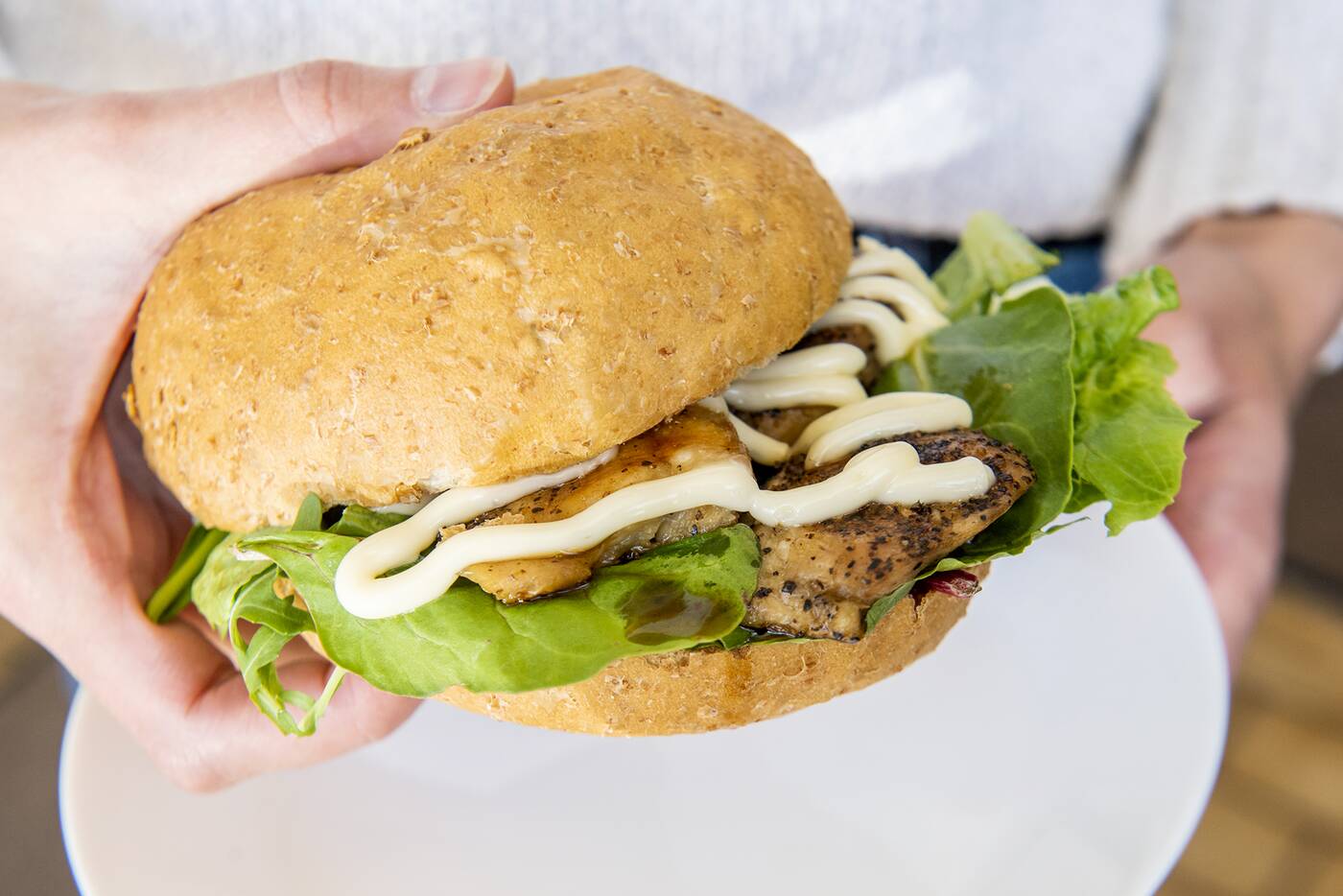 The sweet teriyaki sauce is offset by the bready bun and fresh mayo. This simple combo proves again that you don't have to get too fancy in order to produce a tasty sandwich. 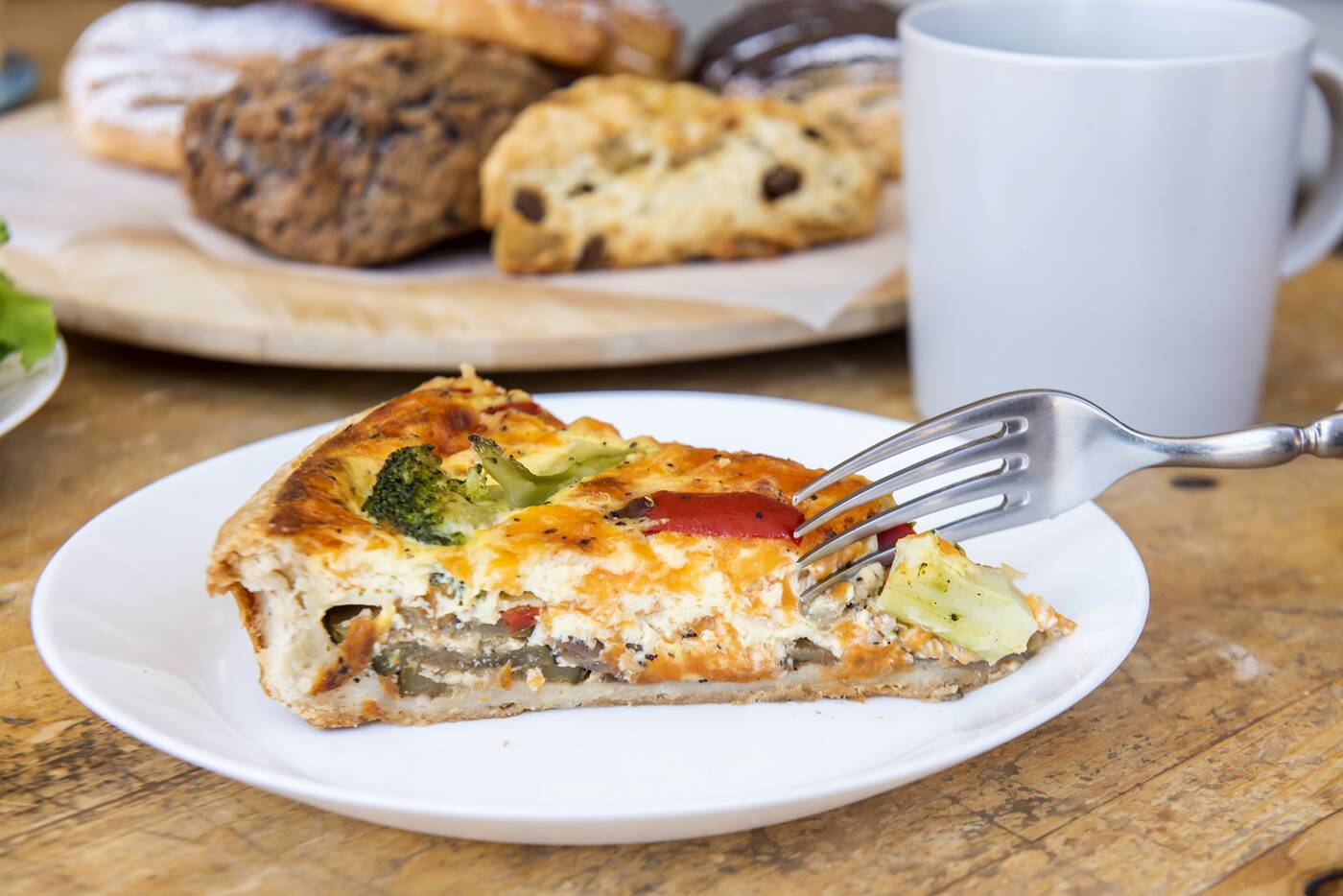 If you're coming in hungry at lunch hour, one of the hot soups or homemade slices of quiche ($4.95) filled with onion, eggplant, red pepper, broccoli and cheddar cheese, are also all options. 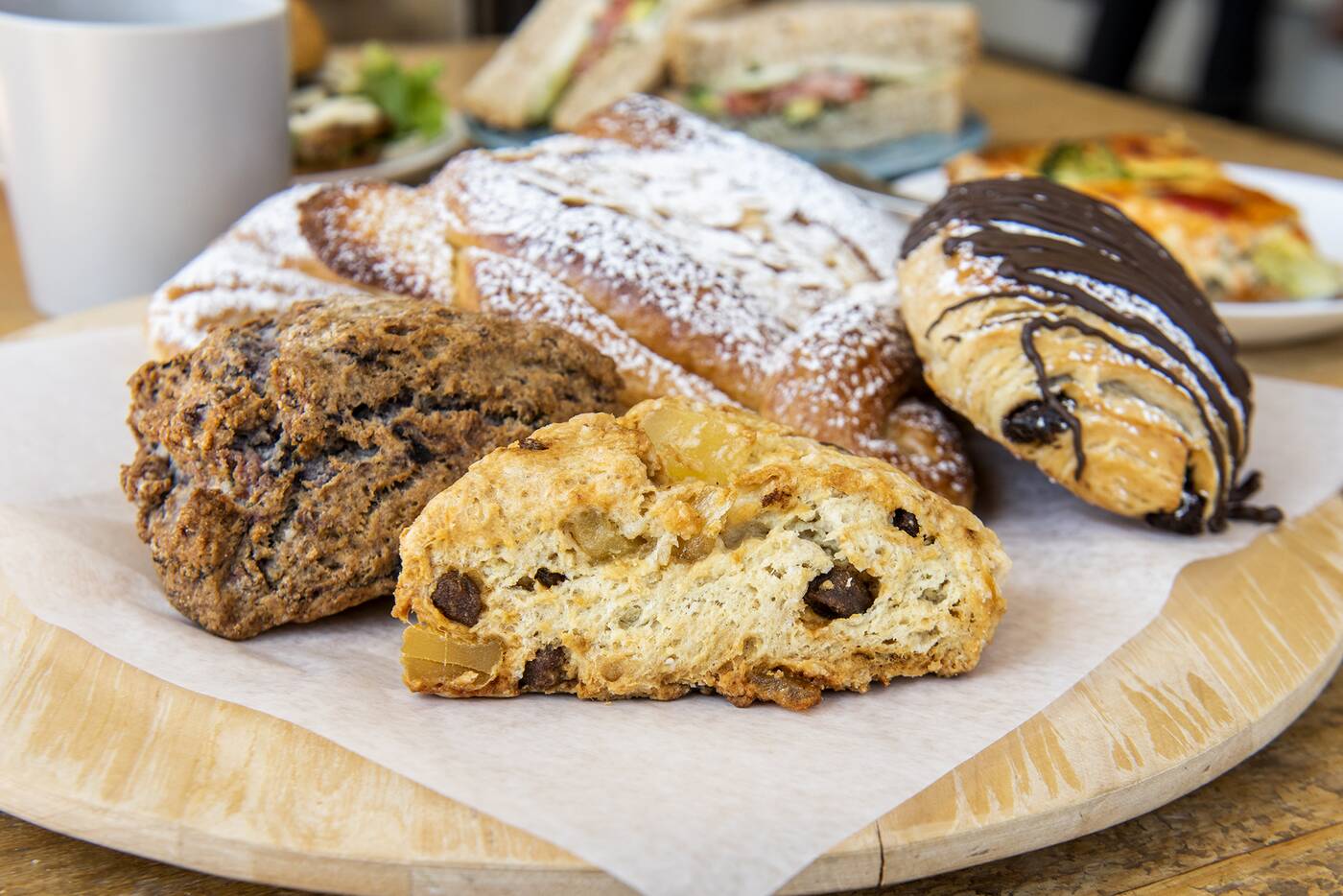 For something on the sweeter side of things, a selection of pastries like croissants, danishes and vegan all-berry and ginger date scones ($3.25) are ready-made behind the counter, made along with the loaves of bread in the morning. 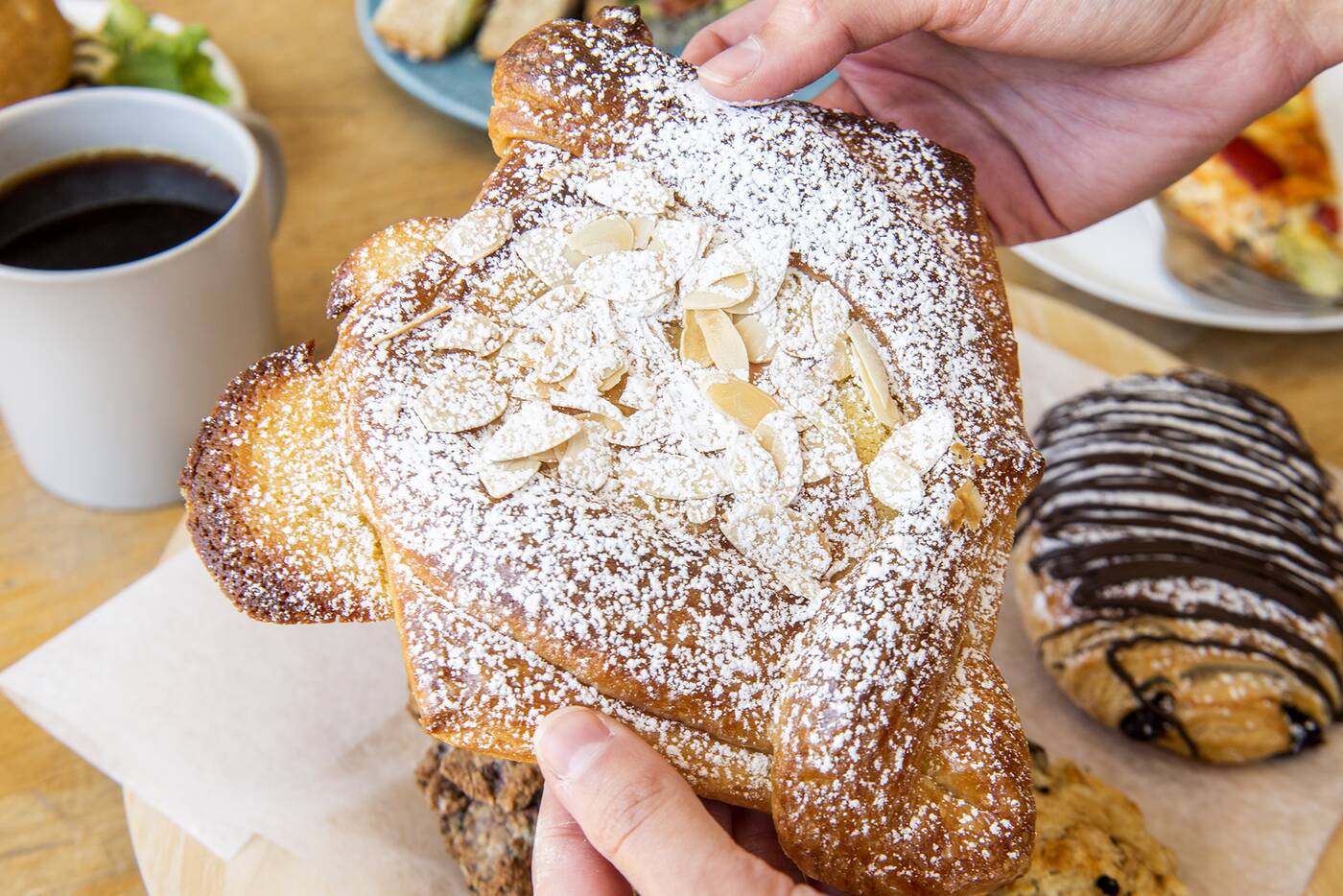 The massive almond croissant ($3.25) is worthy of a mention due in part to its impressive size and well-balanced flavours. The bread to almond paste ratio was spot-on. It was also nicely baked, coming with a slightly crispy toughness at the edges.

Tatsu's Bread is a worthwhile bakery if you're in the market for some fresh bread, but with an array of other offerings, it'd be a shame to stop there. Besides the delicious sourdough and milk bread, the sandwiches and pastries should not be overlooked. 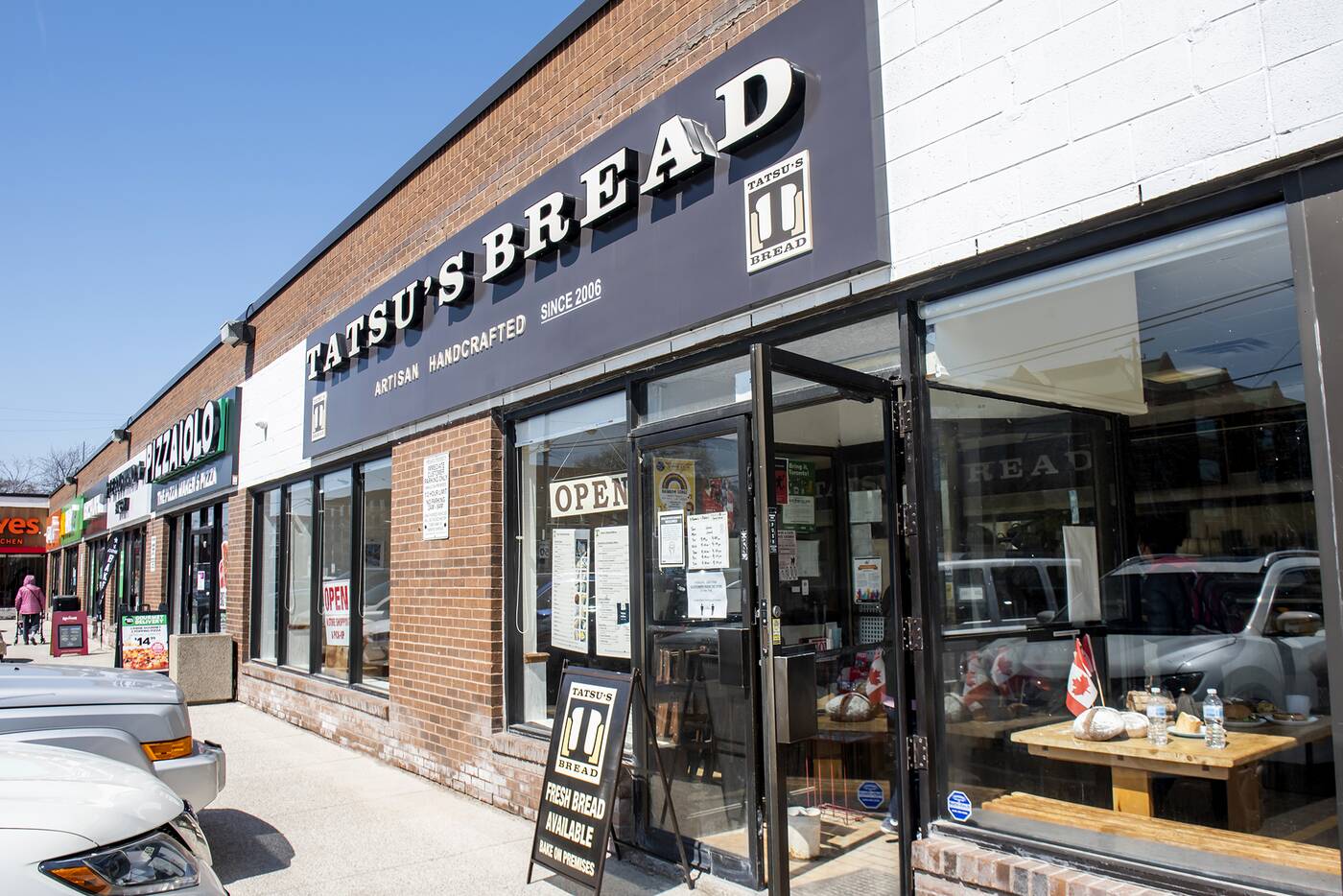