Japanese-style shokupan is the hottest bread in Toronto right now

No loaf of bread has yet to eclipse Toronto's love for sourdough, but shokupan—Japan's pillowy and picturesque loaf of white bread—is emerging as a new contender.

Fluffier, moister and with a longer shelf life than other white breads, shokupan's rise in popularity here feels a little delayed. There are already a few documented examples of the obsession that's taken hold in some other North American food scenes.

But in recent months, existing Toronto businesses like the Taiwanese bakery Shan Shan and vegan cafe Tsuchi are joining Hollyhock of Musoshin and longstanding bakeries like Nakamura and Tatsu's by adding this photogenic bread to their offerings.

And a handful of specialty brands dedicated specifically to delivering shokupan have just popped up, like Iki Shokupan and Katsupan, marking the first of their kind in the city. 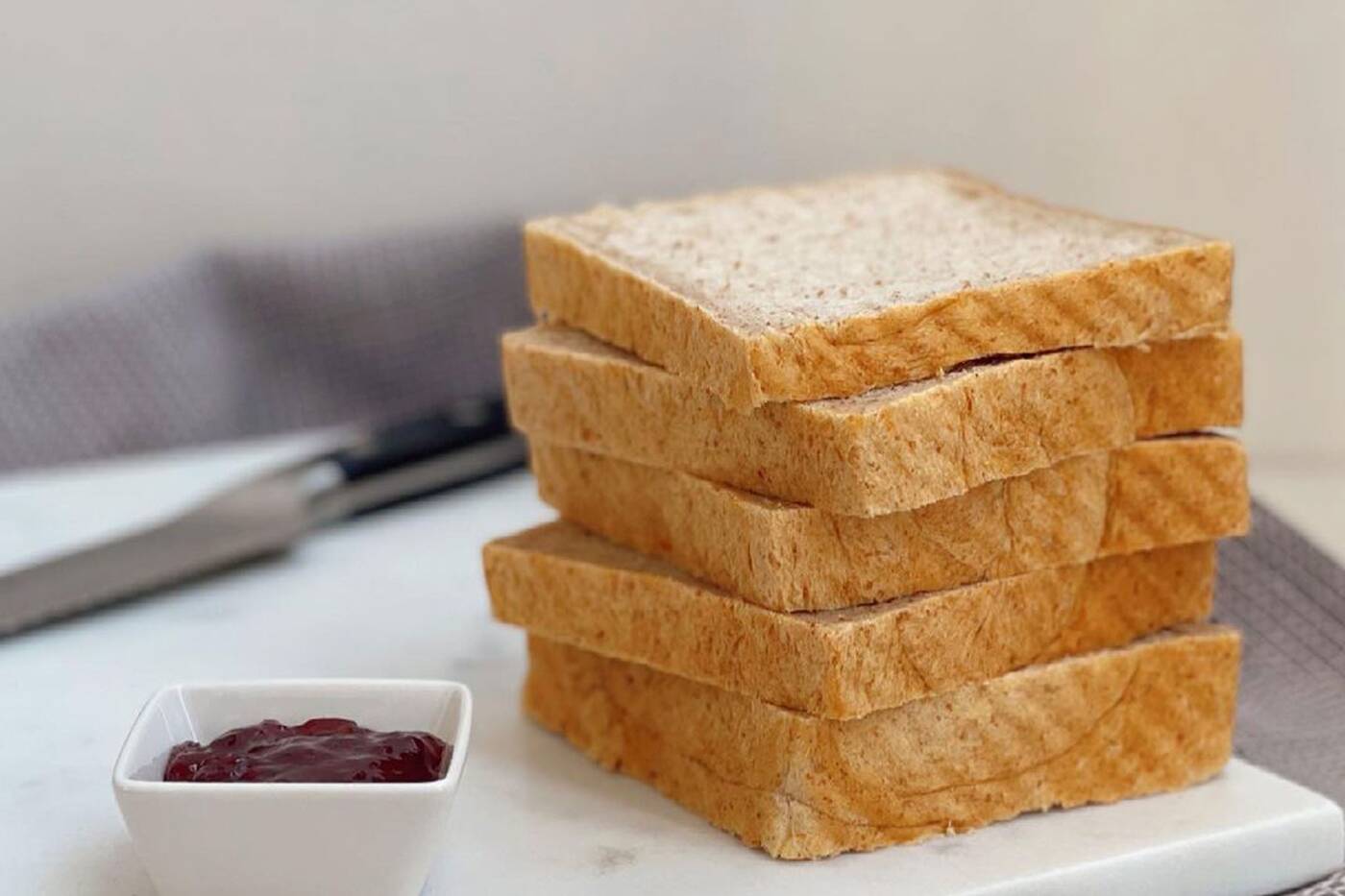 Shokupan is a fluffy and moist white bread commonly eaten for breakfast in Japan. Photo via Iki Shokupan.

Jing Yang, the founder of Iki, says the pandemic has played a big role in the recent popularity of shokupan, akin to the uptick in home baking (and ensuing yeast shortages) and house-plant shopping sprees.

"Bread boils down to comfort," Yang says. "During the pandemic, everyone's been anxious, a lot of emotions, eating, stuck at home. Everyone's looking for comfort."

Every shokupan baker has their own way of making the bread, but the basis is always a long process that takes a minimum of five and a half hours to process per loaf.

Yang's recipe includes multiple stages of proofing, resting, dividing, shaping and rolling out of her home kitchen. Right now, Iki is focusing solely on one product, baking only 18 loaves per day.

Yudane, a Japanese method that involves adding a slurry to the bread dough, is a common technique used to give the shokupan its signature bounce and extended shelf life.

Wilson Shin, the main operator of Katsupan, says that shokupan's versatility is what makes it so attractive. It's perfect for French toast, and has long been used in katsu sandos at Japanese restaurants across the city, or some breakfast sandwiches like the ones at Egg Club.

Shin, who is currently baking loaves of shokupan with matcha or French cocoa in a rental kitchen in Scarborough, is one of many bakers who uses milk in his recipe.

"The milk gives shokupan its aroma," he says. "You don't get that smell with baking with water. It gives bread the soft fluffiness, the fat helps with the shelf life and colour."

"You can't really call it shokupan without milk." 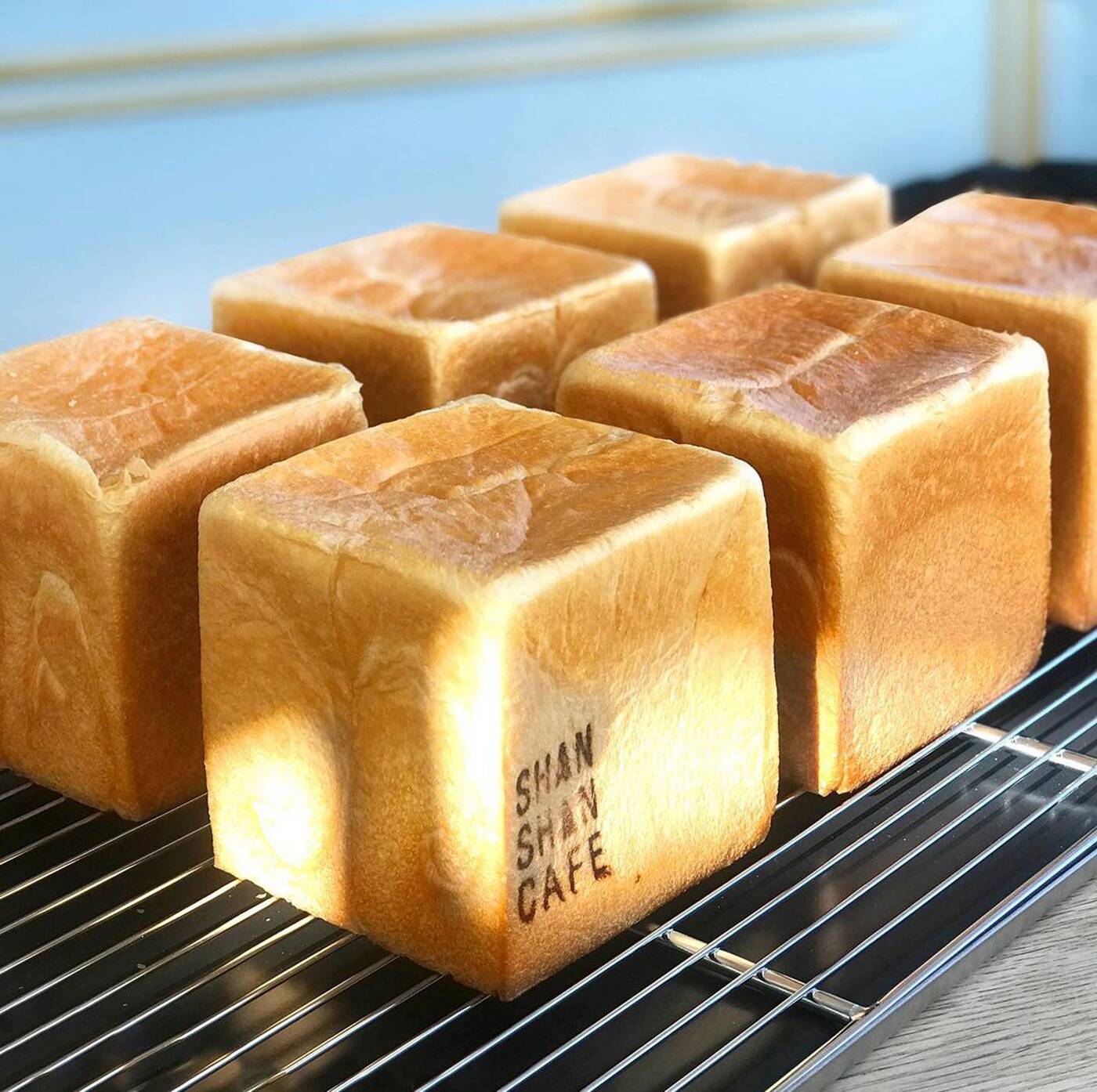 Recent months has seen an infliux of shokupan available for delivery or at existing Toronto bakeries. Photo via Shan Shan Cafe.

But while milk is a common ingredient, shokupan is not strictly a milk bread. Oftentimes, shokupan gets confused for Hokkaido milk bread, a vastly different variety of shokupan that tastes much more like dessert than a savoury carb.

In Japan, shokupan is a daily staple common enough to find at 7/11, sort of like Wonder Bread, but infinitely better and purportedly healthier.

The bread's original recipes, which date back hundreds of years following the introduction of the food to Japanese society by Portuguese traders, don't include any milk, which was an expensive commodity at the time.

While many recipes these days (certainly the most popular ones) incorporate milk or milk powder, the name shokupan itself, when translated roughly from Japanese, simply means "eating bread."

Only in recent years has shokupan seen a shift from a staple to a premium commodity in Japan. Brands like Osaka-based Sakimoto Bakery are leading the way towards global interest, with outposts in Hong Kong and rumours of an expansion to California soon.

Haruna Makino, baker and co-owner of the vegan Japanese cafe Tsuchi, says that growing up in Osaka, shokupan was usually eaten for breakfast. 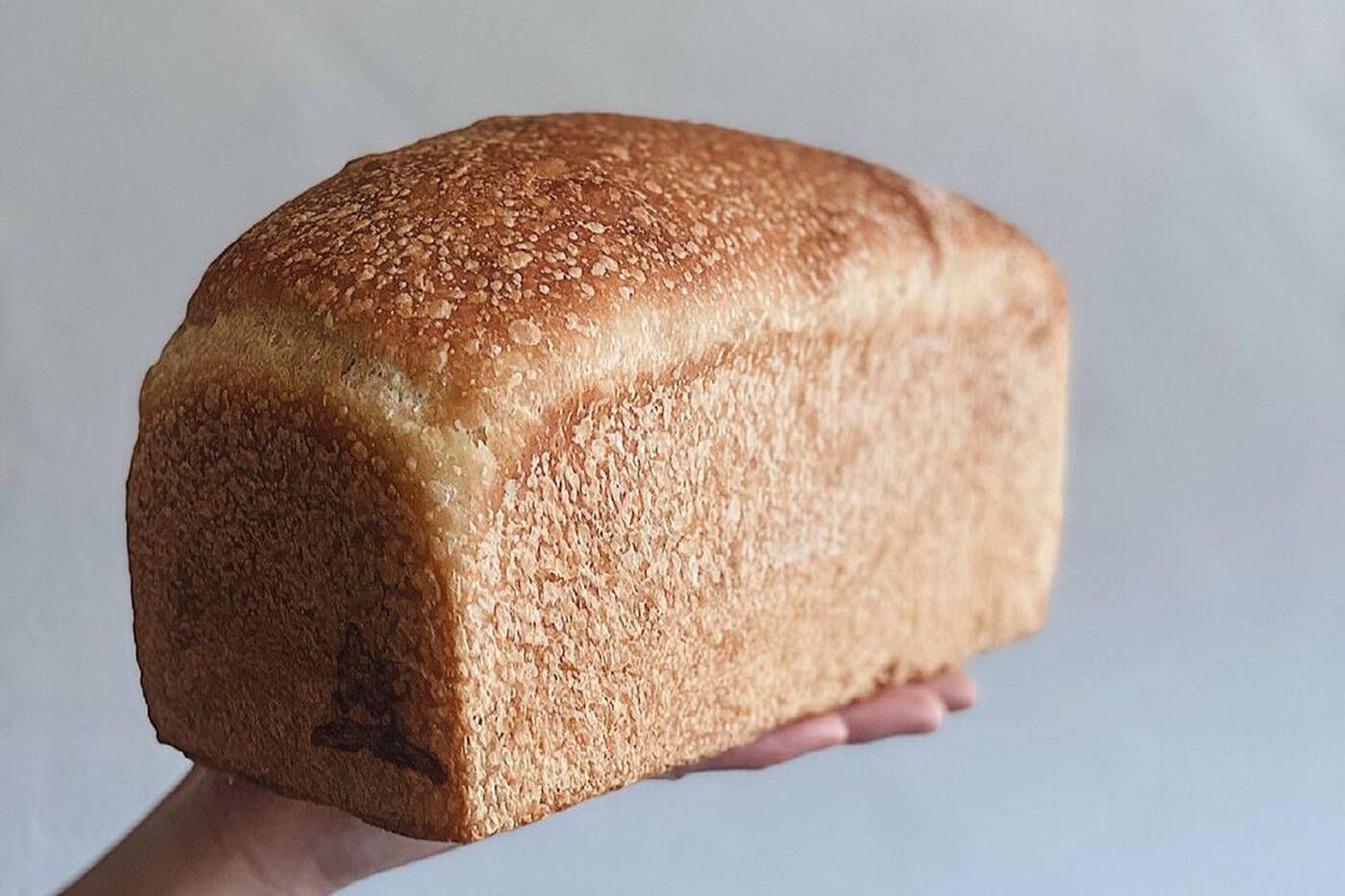 "My mom would always make a hot slice of shokupan with butter or sunny-side egg," says Makino. "In Japan, we eat shokupan as a savoury dish, we don't really have to put that much sugar or milk."

At Tsuchi, they don't use any milk powder or eggs at all, just vegan butter. Makino uses the yudane technique, cold-proofing the dough for 12 hours to achieve its moist, soft texture. It's a time-intensive process that only allows them to make eight loaves at a time.

They've gotten so much good feedback that they're now running pre-orders for their loaves on Tuesdays with pickup the following day.

And for the sourdough lovers, good news: Tsuchi is making their own sourdough starters to use in a shokupan recipe, combining the white bread's fluffy texture with the tang of sourdough, and a light crust on the outside. The combo is nothing new in Japan but in Toronto, it feels like an on-brand revelation.