Ronnie B's Southern Kitchen & Taps opened in Cabbagetown about a month ago in the space formerly occupied by Omi Japanese Restaurant . The sushi bar has been converted into a liquor bar, offering up creative cocktails and craft beers instead of raw fish on rice, and the kitchen now serves Southern-style, Cajun- and Creole-influenced cuisine.

For those wondering, yes, there actually was a Ronnie B. Co-owners Ronnie Beckett Jr. and Jane Somers decided to name the restaurant as a tribute to Beckett's father, who passed away earlier this year. 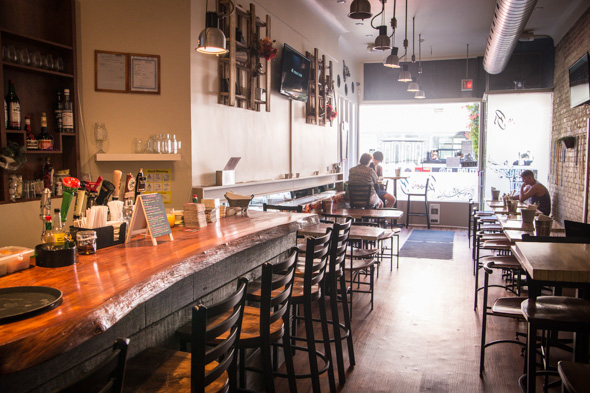 Inspired by culinary trips down to New Orleans, Somers' brother Mike Jeffery cooks up a taste of Louisiana (and then some) in this 41-seat space. 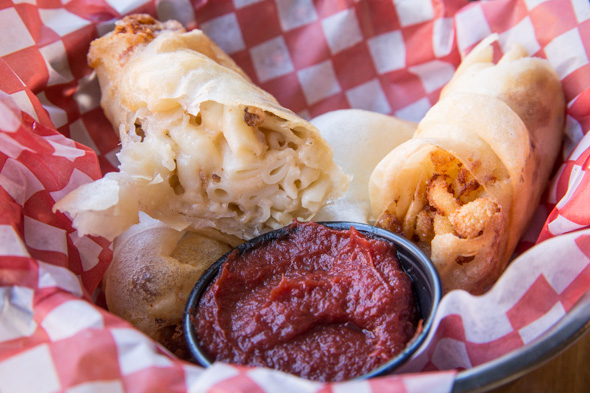 Mac'n'cheese spring rolls with pork belly bacon and housemade ketchup ($8; $6 without bacon) make for filling starters. The ketchup contains secret spices (I'd hazard a guess one of them is cinnamon) that definitely sets it apart from your run-of-the-mill Heinz. 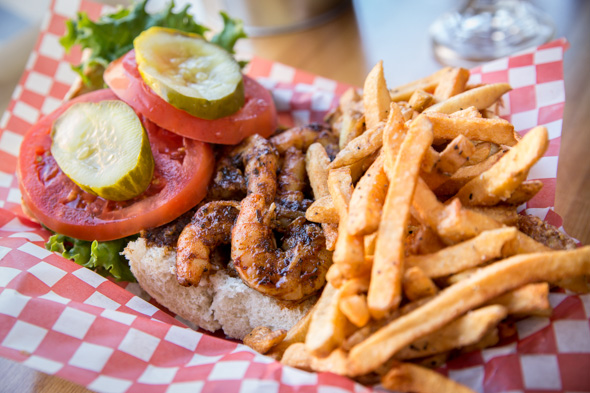 A New Orleans staple, the shrimp po'boy ($14) arrives nicely spiced on a crusty baguette with lettuce, pickles and tomato slices, along with a hefty side of hand-cut fries. 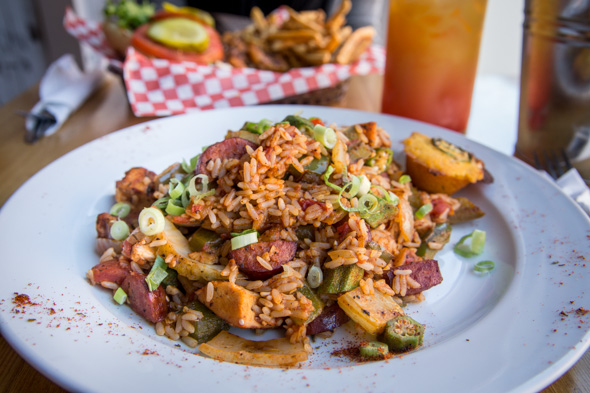 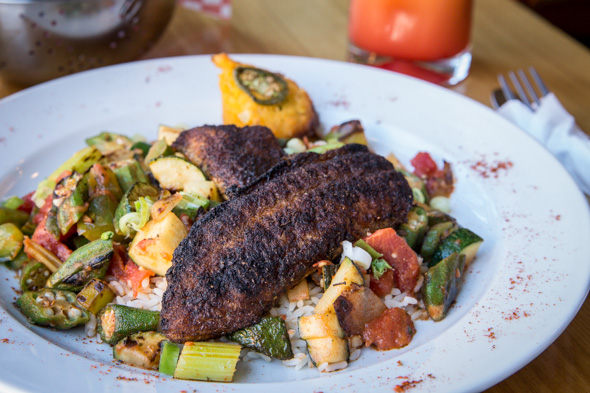 There's also blackened catfish ($16) with rice, seasoned veggies and Creole sauce. Like the app and the sandwich, the portion sizes continue to be generous. 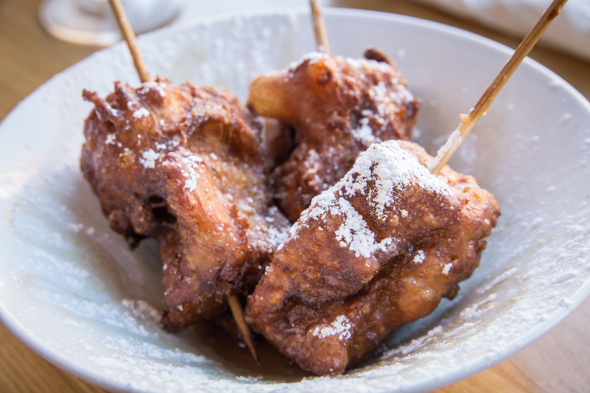 If you can, save room for the deep-fried bread pudding with bourbon glaze ($7) as dessert. Three huge skewered pieces (sharing is definitely encouraged) of soft and warm, boozy and banana-y bread goodness enclosed in a crispy, battered exterior is def the way to finish off a meal. 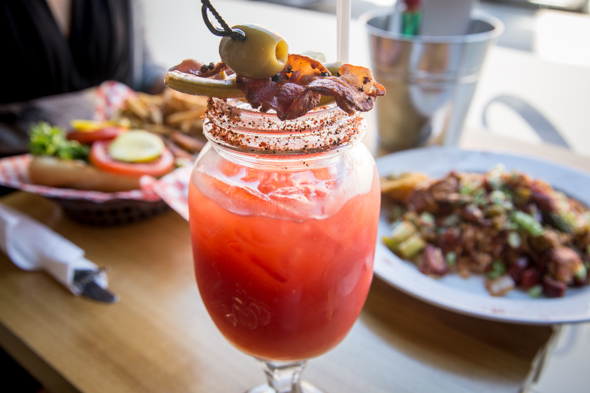 Somers, who was a bartender for over 20 years, has created seven signature cocktails for the joint (if you manage to drink them all, you'll be rewarded with Mardi Gras beads and a spot on the wall of fame they're setting up). The highlight is the Bean & Bacon Caesar ($8.15), a mix of vodka and Clamato with housemade pork belly bacon and spicy string bean garnishes in a "redneck wine glass." 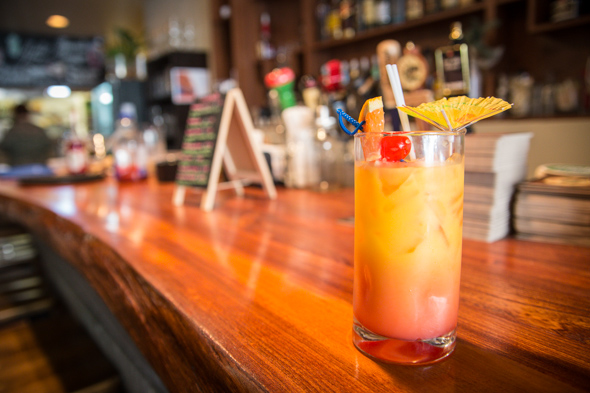 There is also the Homemade Hurricane ($8.75) - rum, passion fruit, pineapple and orange juice with an upside-down parasol garnish and the Mississippi Mudslide ($8.15) - vodka, Kahlua and a float of Baileys topped with milk. 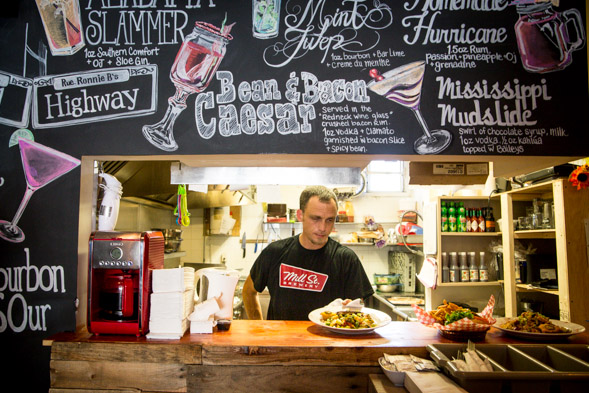 So far, a few well-known faces have stopped in to dine, including Ed Robertson of the Barenaked Ladies and do-gooder Craig Kielburger, of Free the Children and Me to We, whose offices are a few doors down. Somers and Beckett are hoping Ronnie B's will be a neighbourhood hangout, with daily specials and live jazz on Saturday nights. 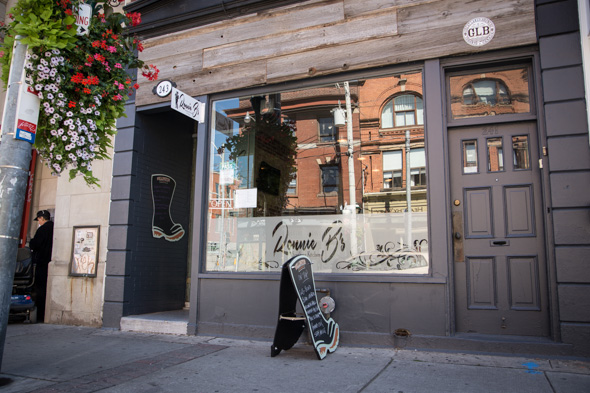