Pho Tien Thanh has been friendly competition to Toronto's other pho hot spot Golden Turtle since it joined the Ossington strip about 27 years ago.

Those were the days when the area was a primarily Vietnamese neighbourhood filled with noodle shops. Tien Thanh and its top contender on the next corner are now the only two left on the street, both put on the map after visits from celeb chef Susur Lee. 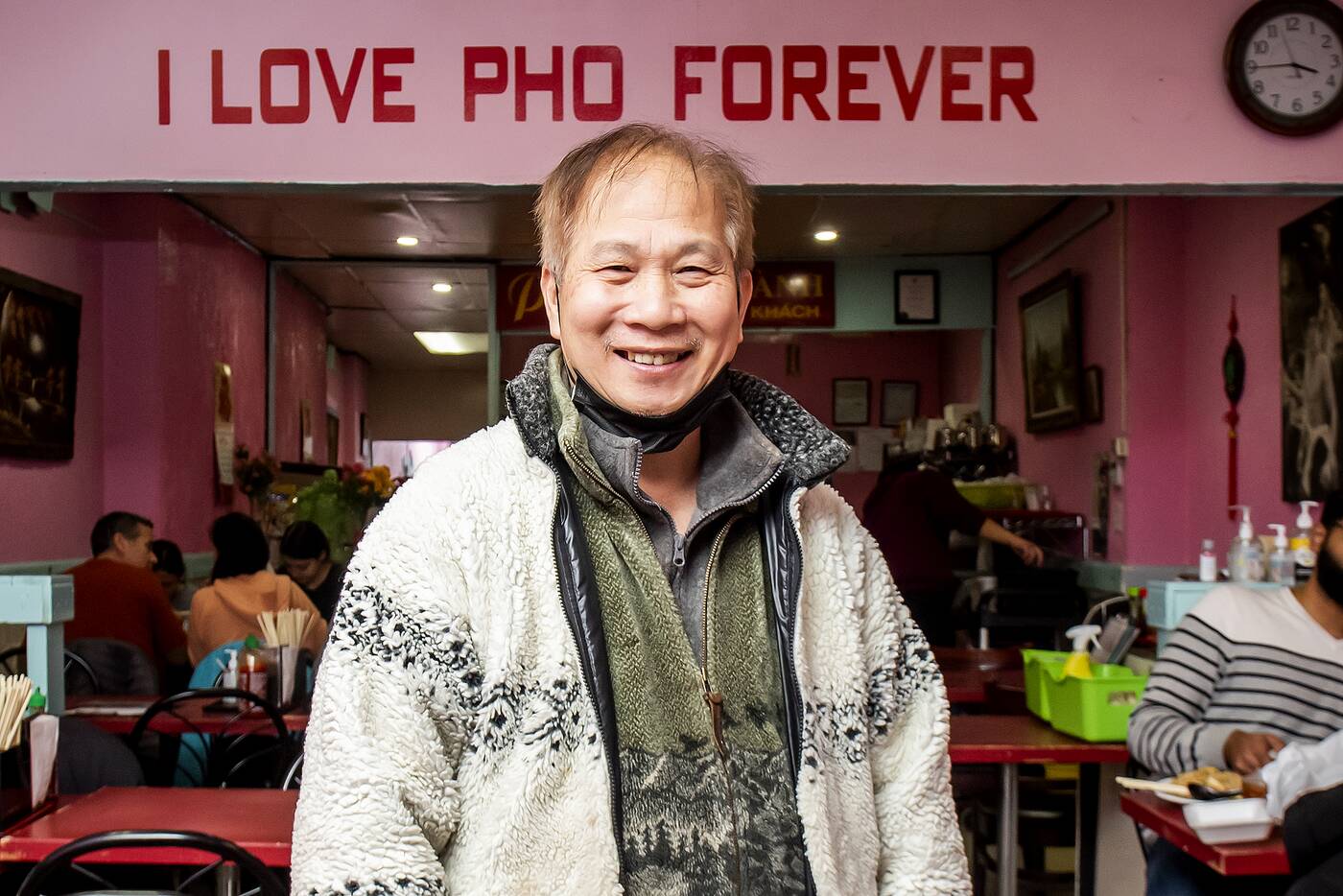 Owner Tuan Vo left Vietnam in 1985 and worked at the original Golden Turtle a few blocks north before opening up his own shop with pink walls and the famous "I love pho forever" sign 10 years later. 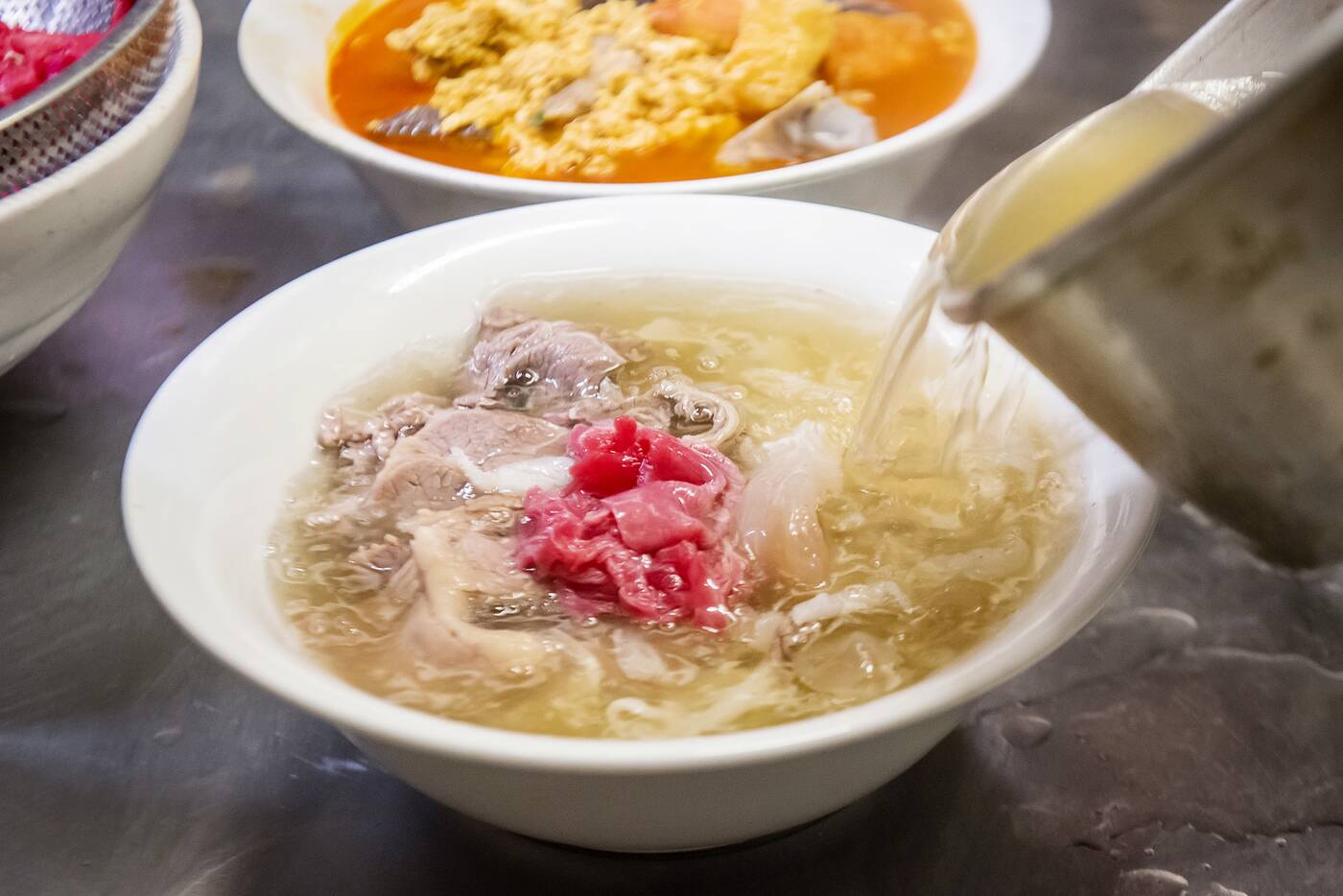 Serving up bowls of steaming soup from 11 a.m. until 10 p.m., Vo is at the restaurant morning to late every day of the week preparing the homemade broth from beef and chicken bones. Plus, a vegan option with a vegetable soup base and tofu. 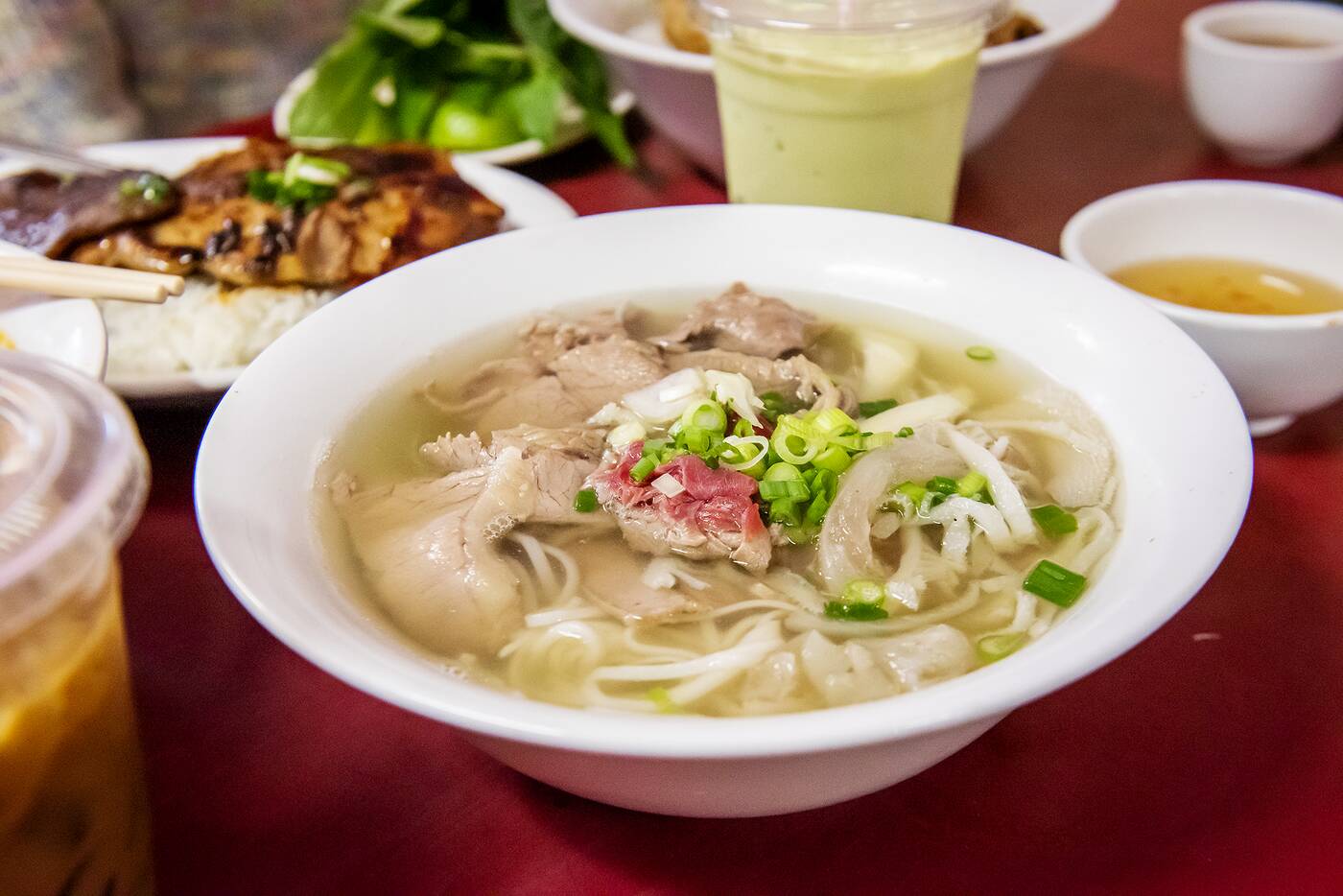 One smell of the strongly aromatic house-style beef noodle soup ($14) and you'll see how nothing more than good ol' fashion word of mouth has kept business up for nearly three decades. 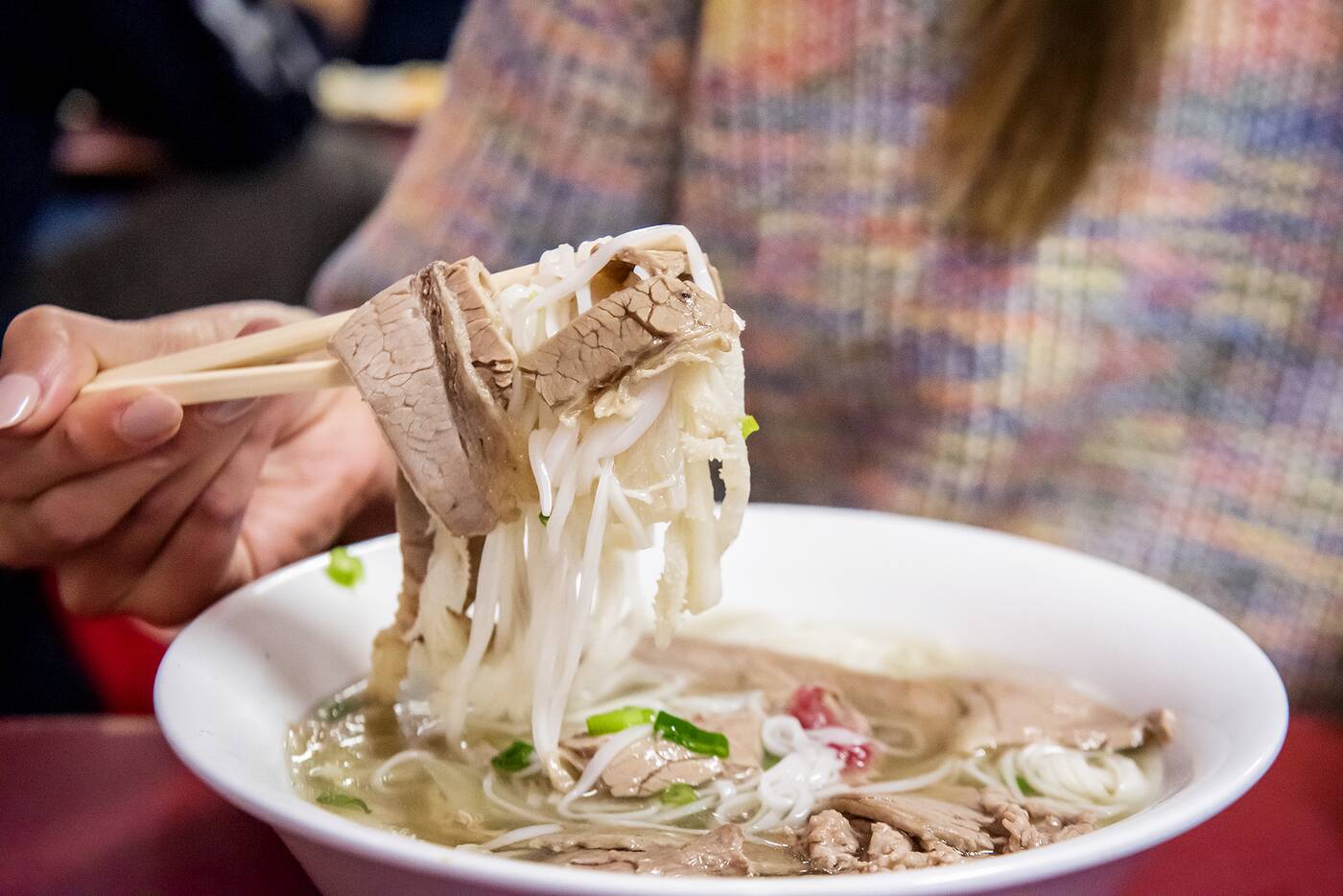 The highly recommended bowl of flavourful, light broth is packed with a mix of rare beef, well-done beef, lightly fat beef brisket, as well as tendon and tripe. 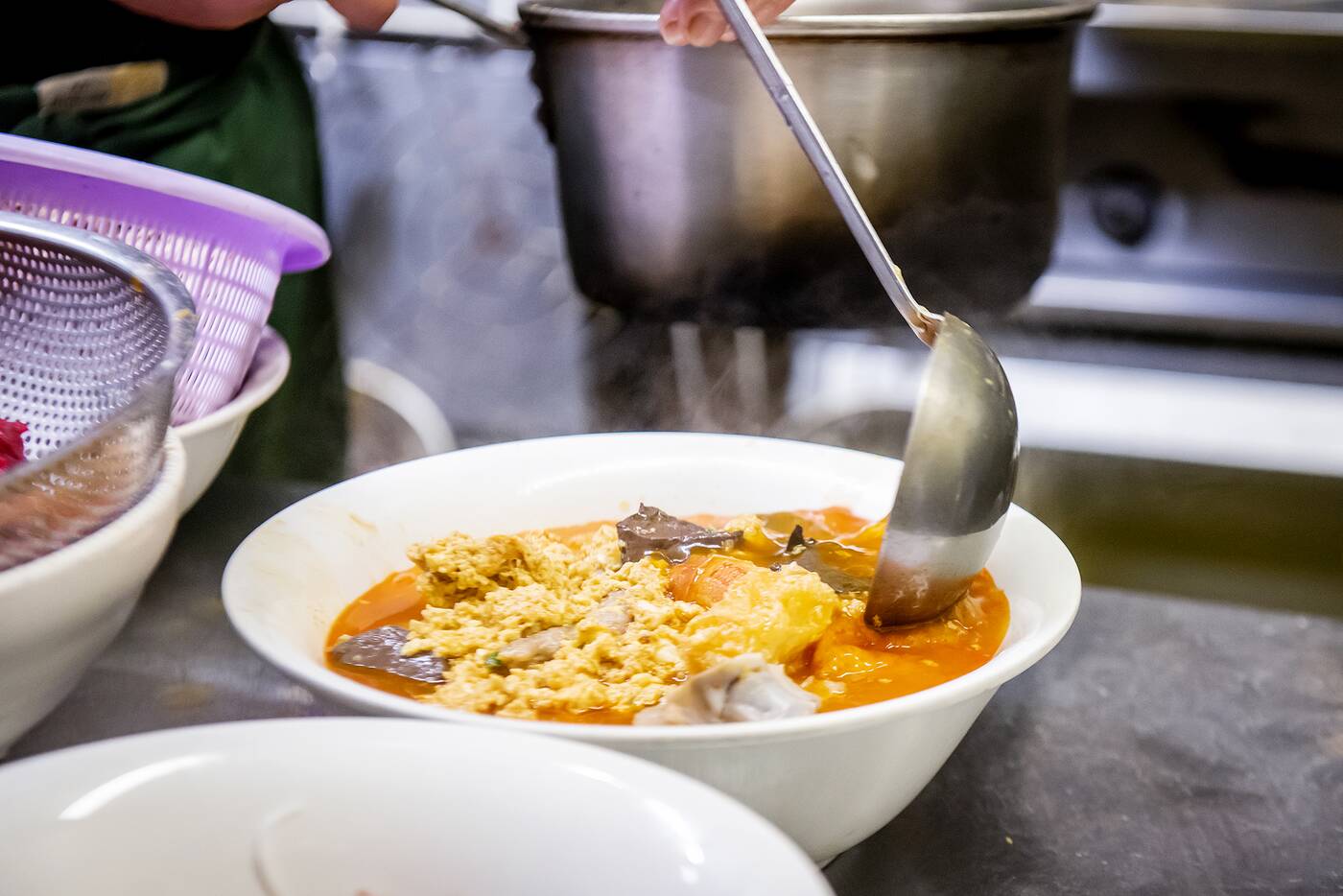 If you like a bit of heat, go for the spicy beef noodle soup, which they sell hundreds of any given week. We go for a close second when it comes to spicy dishes: minced prawns in crab noodle soup ($14). 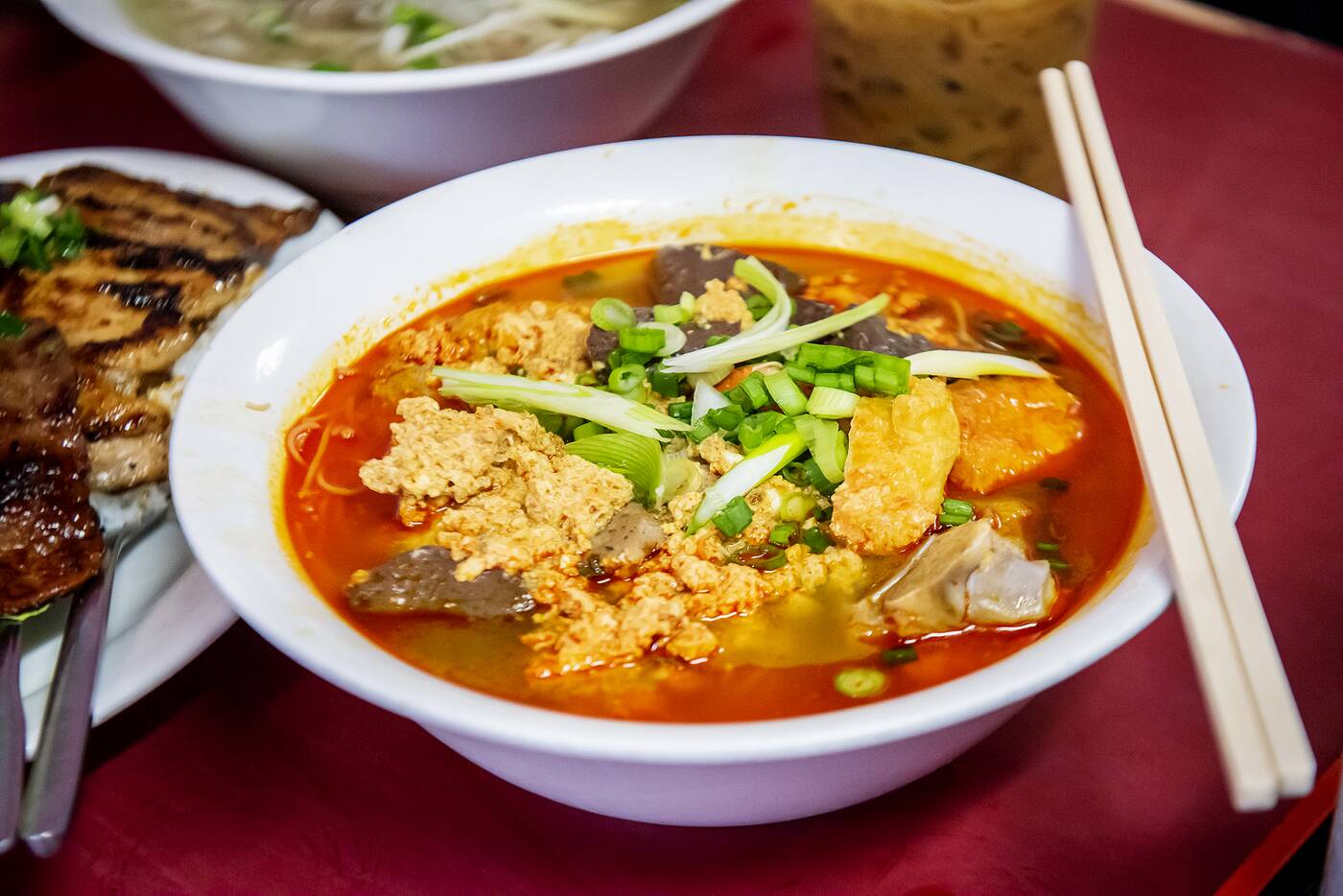 Plenty of fresh-tasting seafood adds to the richly spiced broth that has a dark red hue giving an idea of the heat levels to be expected. 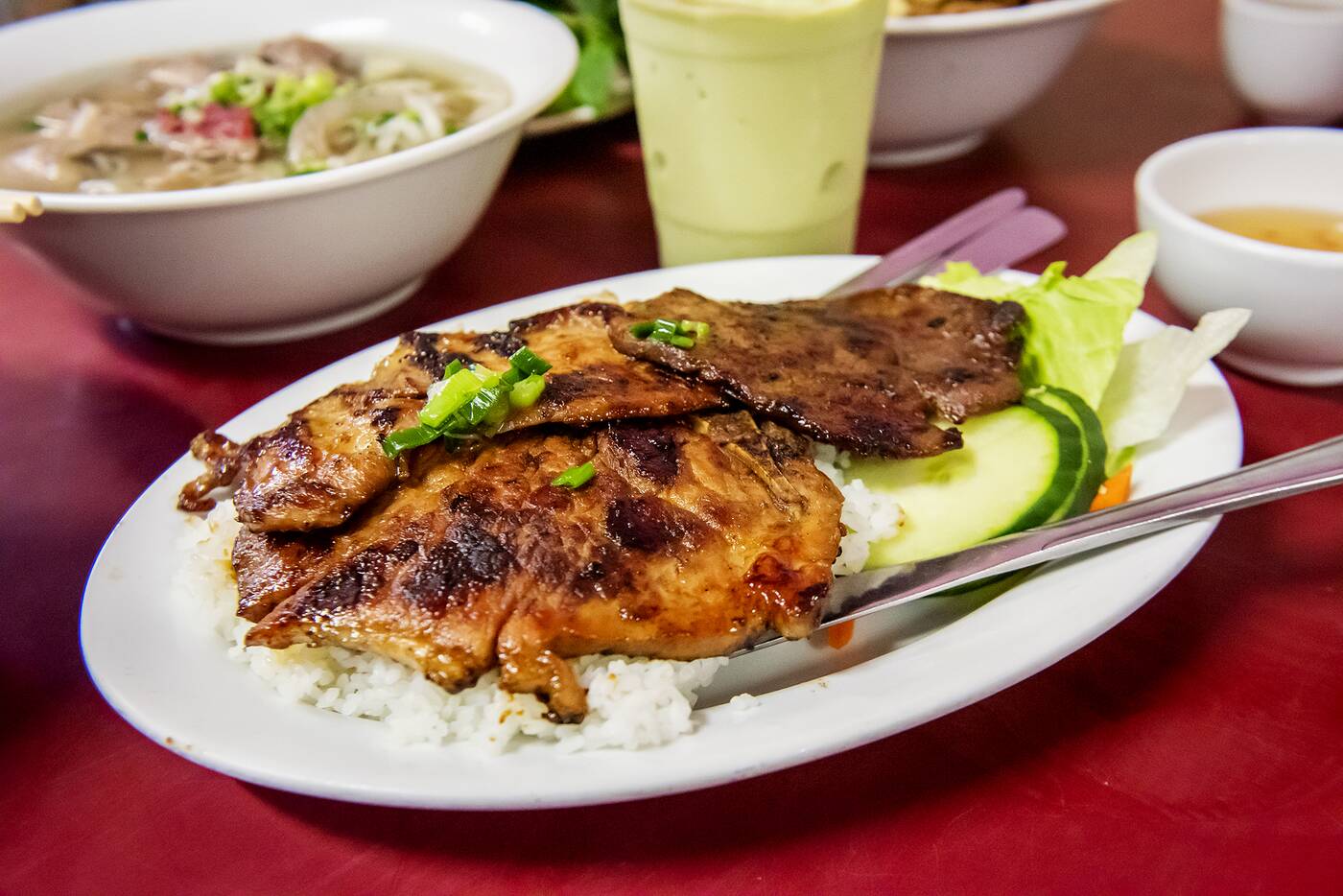 A long list of other Vietnamese dishes is available alongside the pho on the 135-item menu including several barbecued meat options like the BBQ chicken and beef on rice ($13). 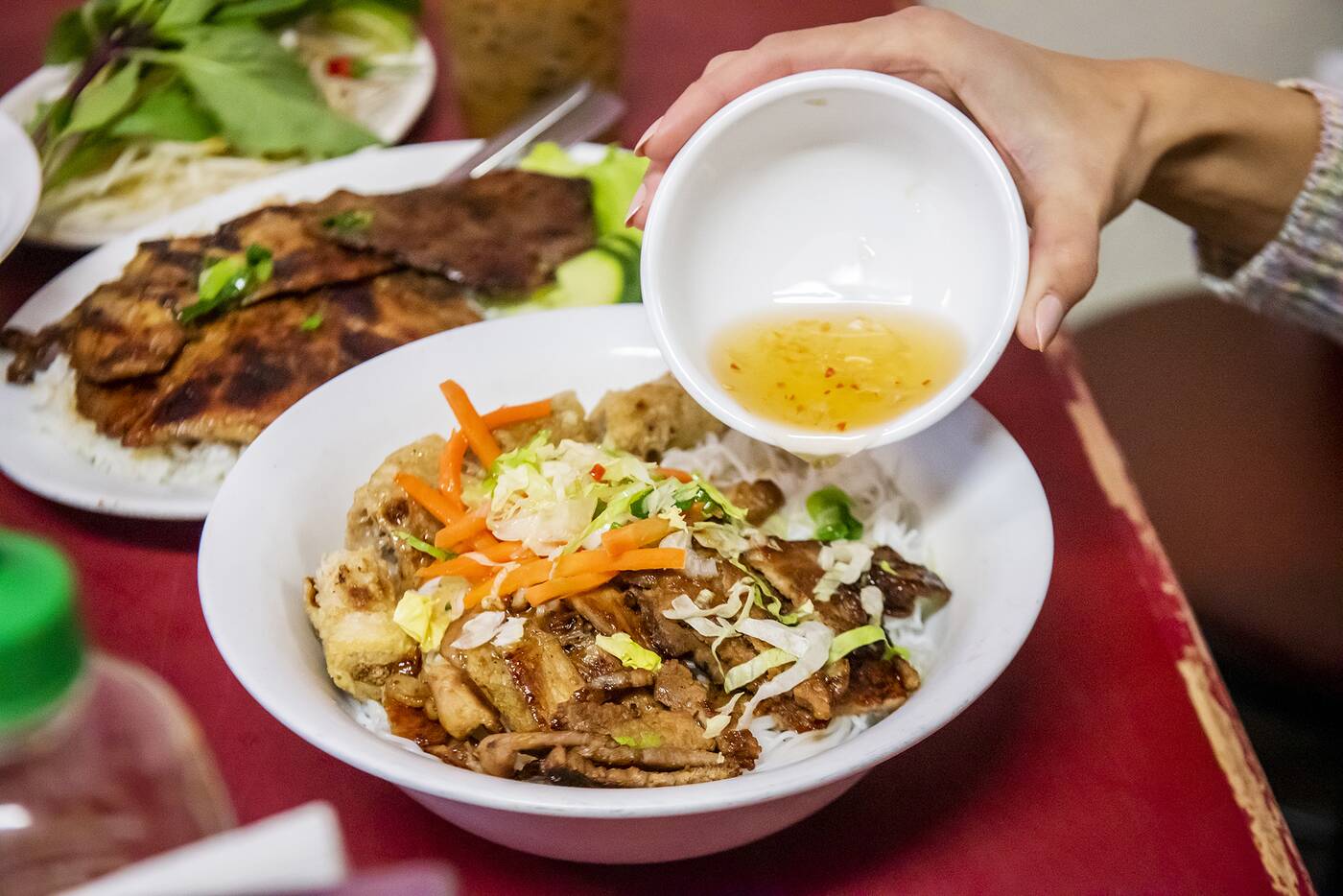 The 26 different vermicelli bowls range from $11.50 to $16 and come with their must-try deep fried spring rolls. Several options also get barbecued meat, which is nicely accented by the side of tangy nuoc cham sauce. 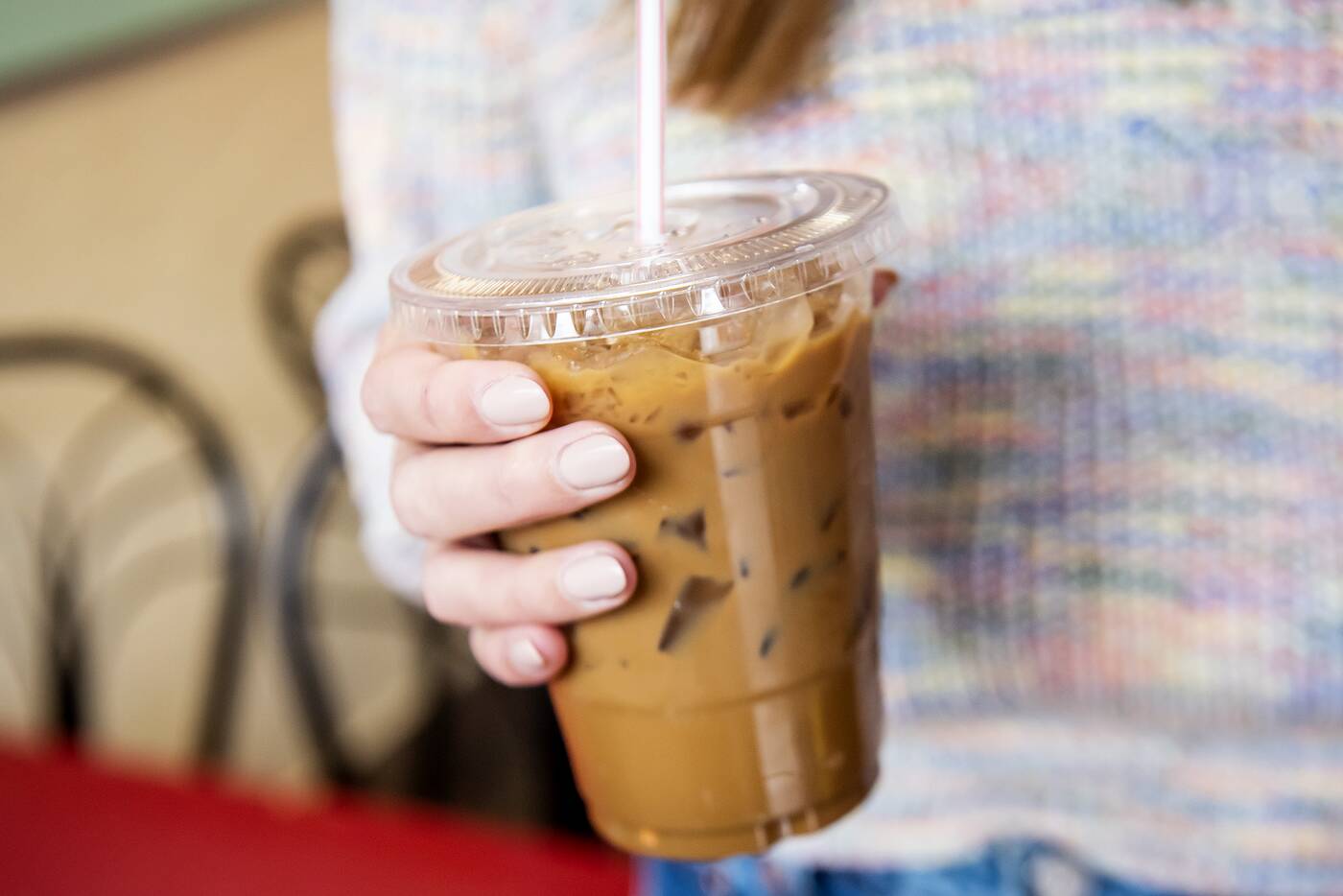 Vietnamese iced coffee ($5) will help you fight off any sleepiness that polishing off a big bowl of their pho might bring on with the condensed milk making for a sweet caffeine fix. 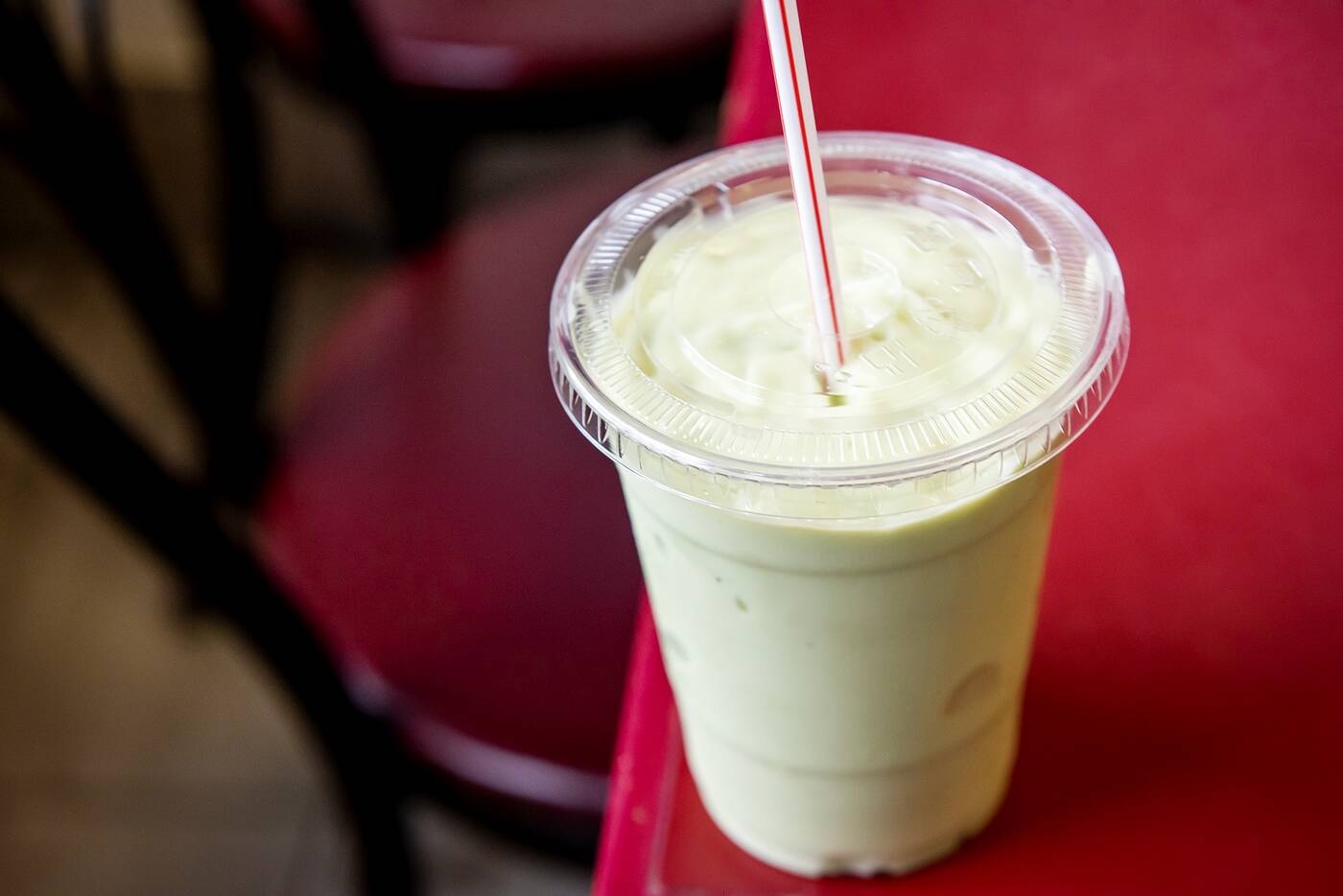 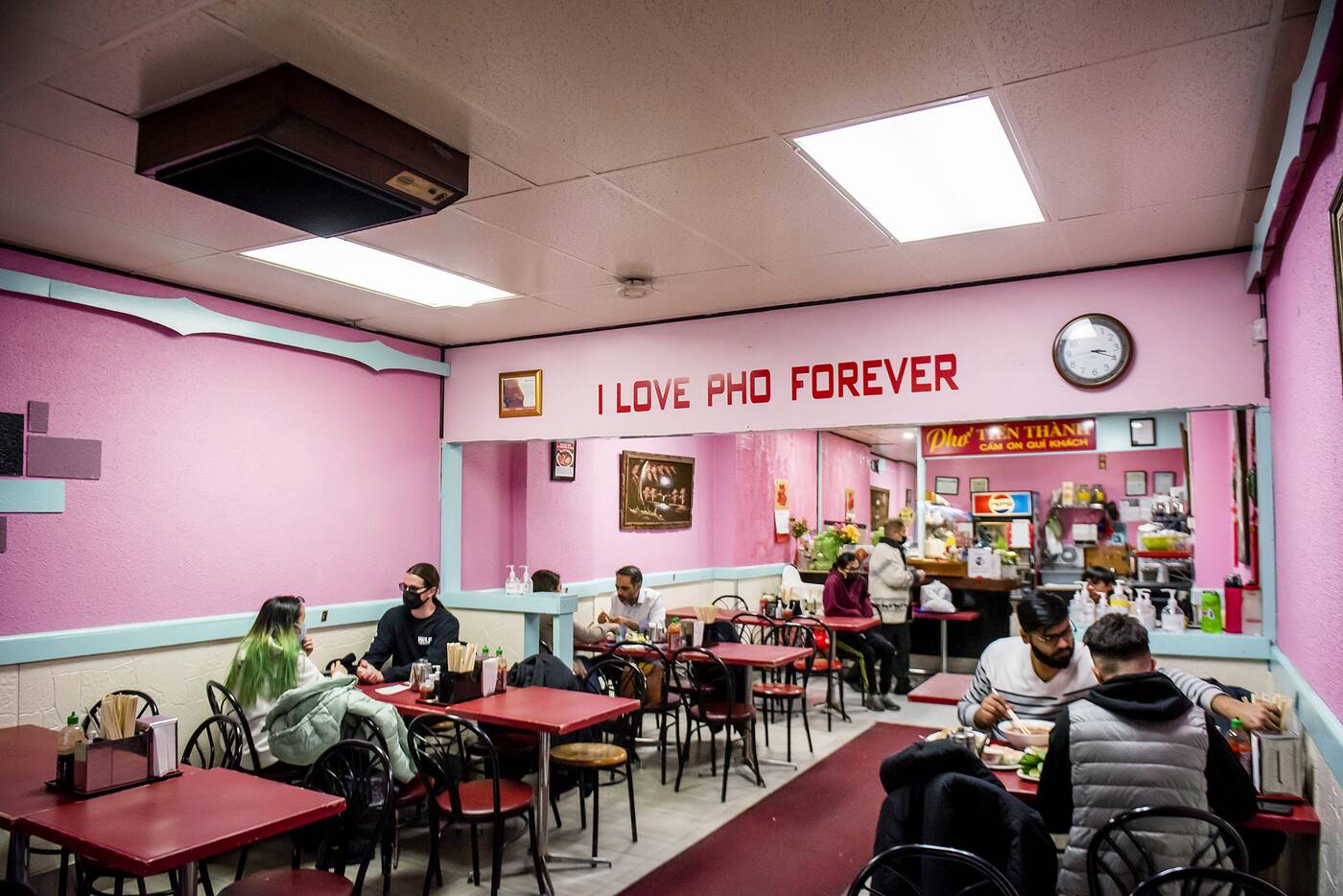 The no-frills, cash-only eatery may not have even half of the dark-lit, hipster ambiance found at the restaurants now making up Ossington, but its food has secured a place on the street – and in the ongoing debate over who has the best pho in the city. 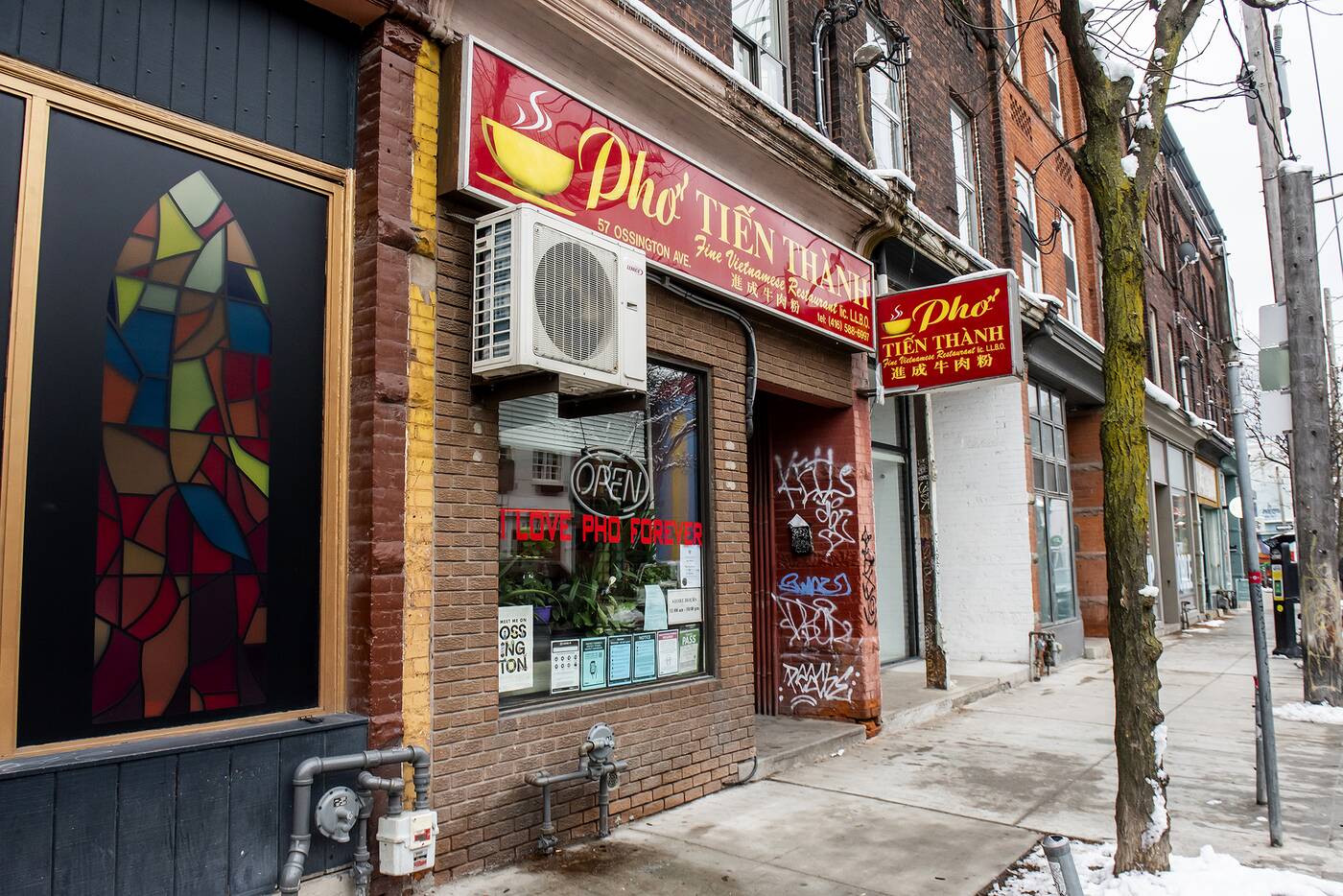