Dzo is actually pronounced "yo" — part of a Vietnamese slang phrase that basically translates to "cheers!"

They serve a Vietnamese menu that veers toward fusion with poutine making an appearance amongst noodles, rice and spring rolls. 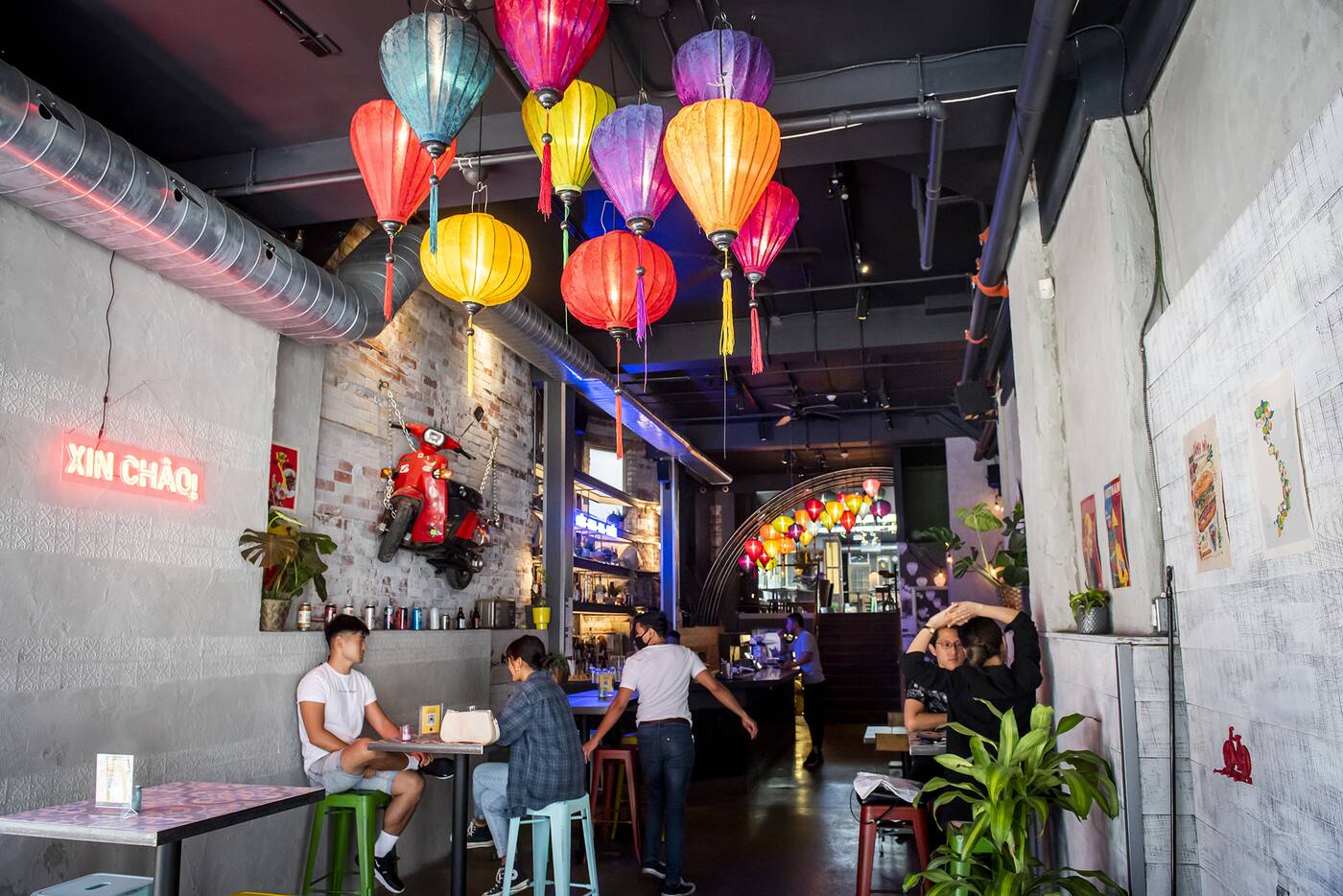 Provo Foodbar once took up residence in this high-ceilinged corner spot now filled with mismatched colourful chairs and lanterns that evoke the vibrancy of street markets. 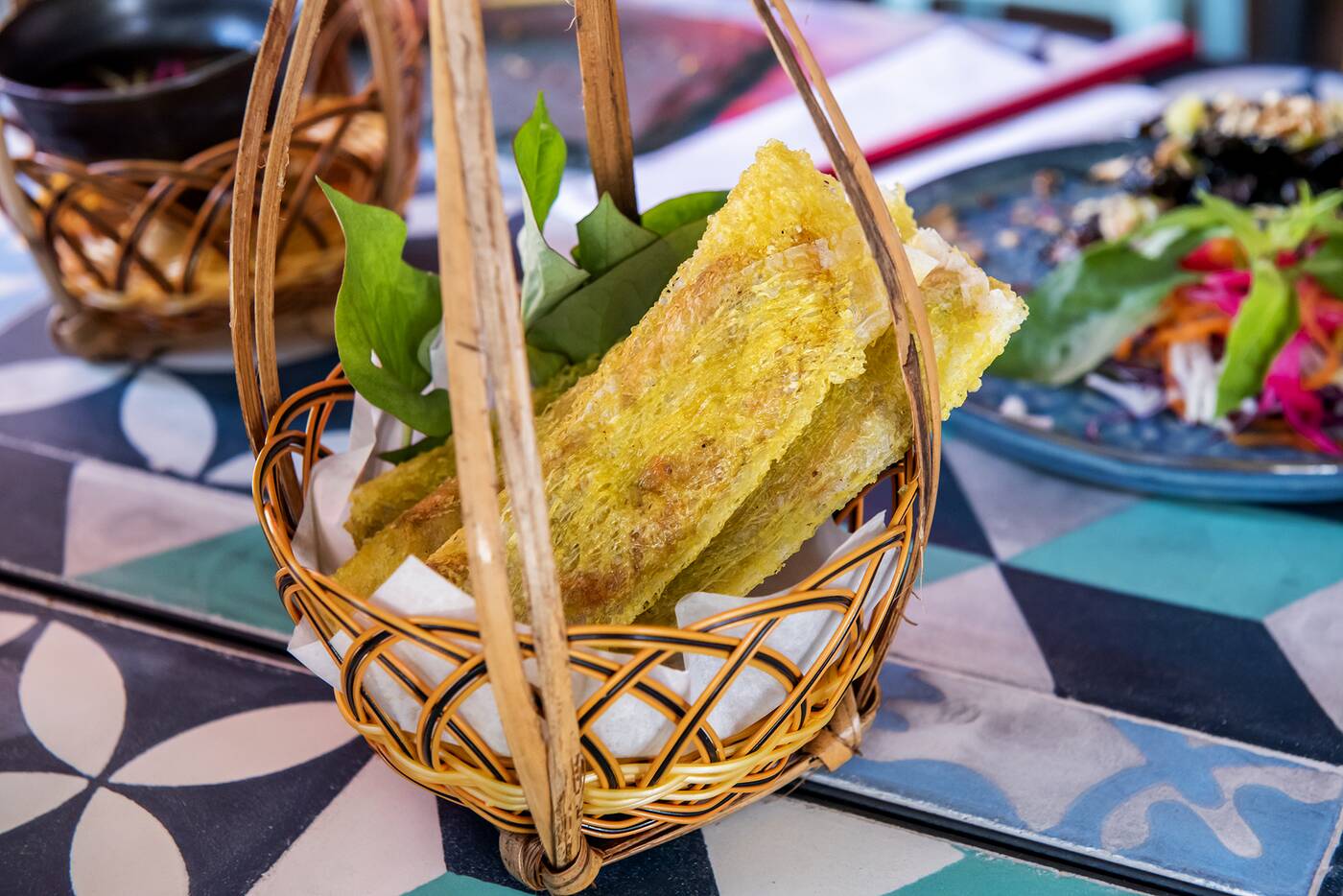 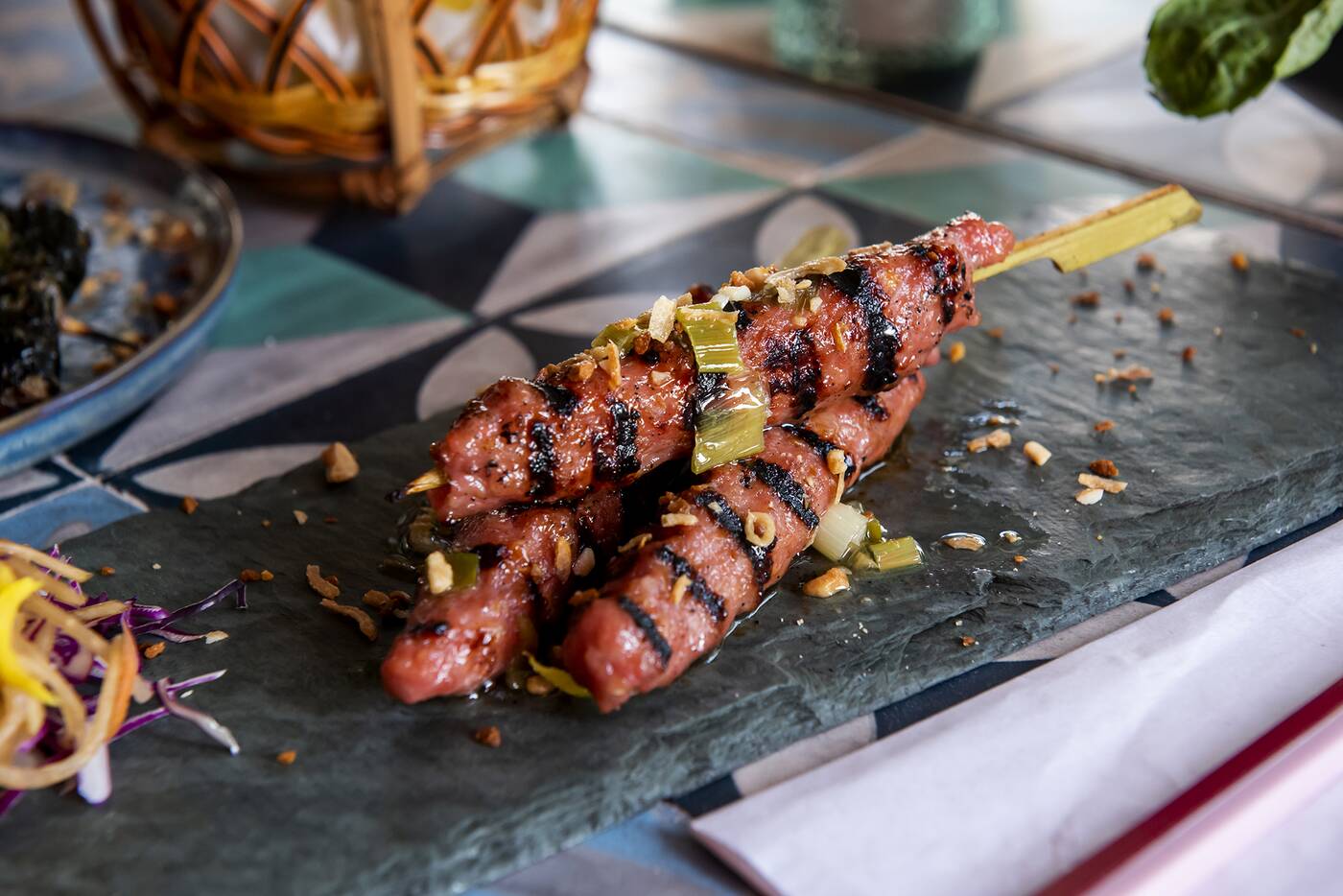 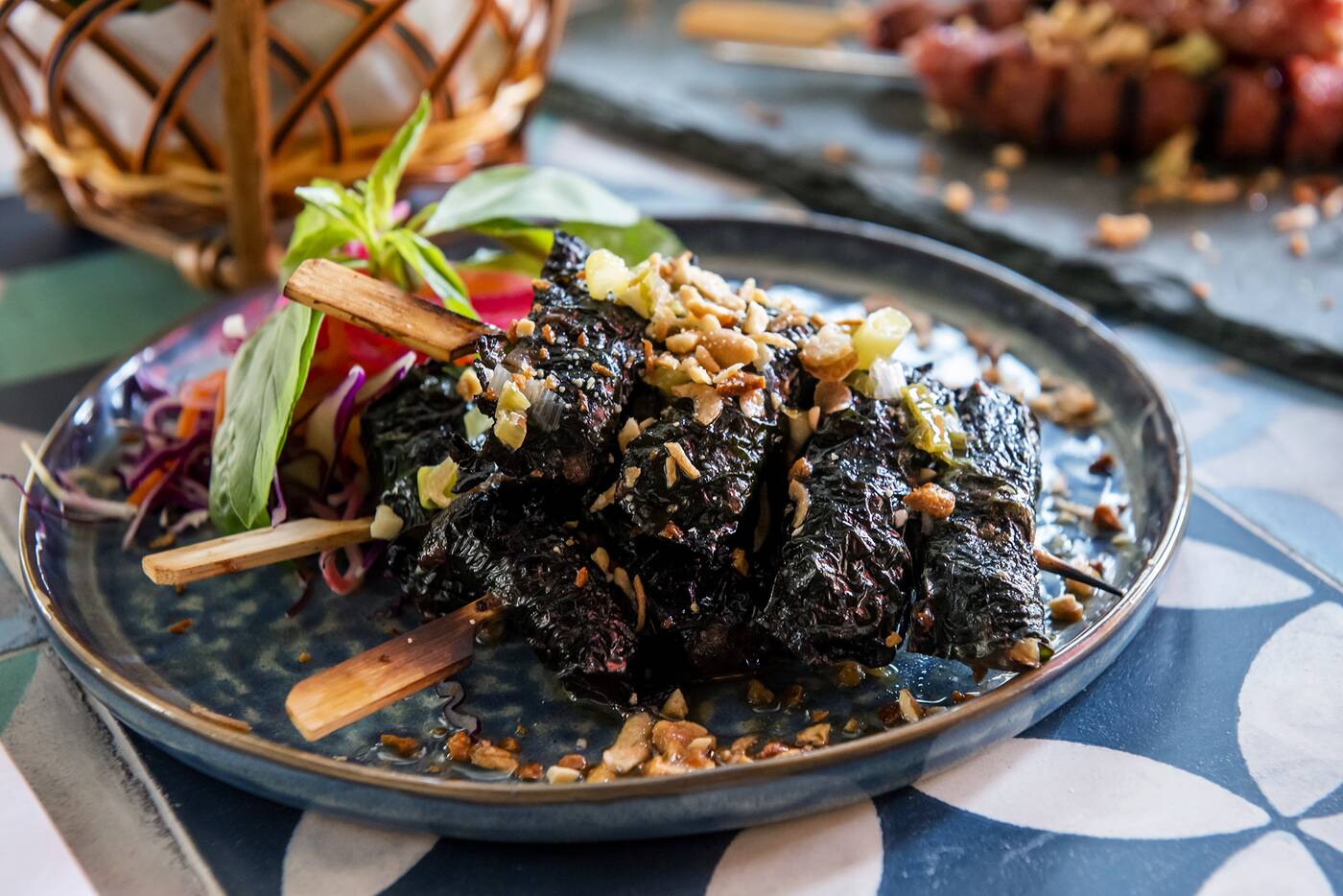 Skewers of marinated beef wrapped in betel leaf ($15) are unmissable as well, topped with crunchy peanuts. 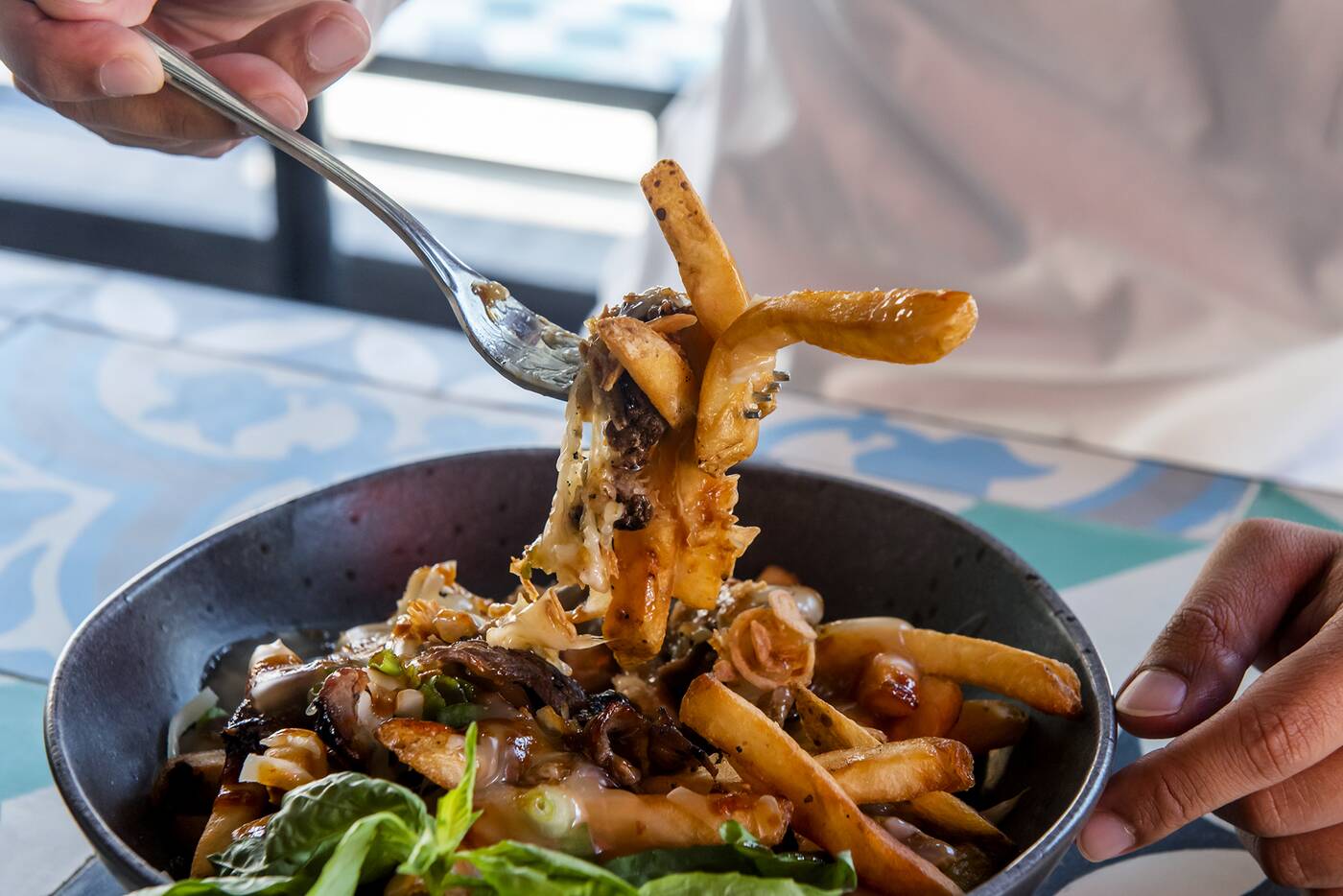 "Photine" Dac Biet ($13) isn't for pho or poutine purists, but if you're looking for a hearty snack this will definitely do. Grilled pho spiced beef and pho gravy are mild on pho flavour. 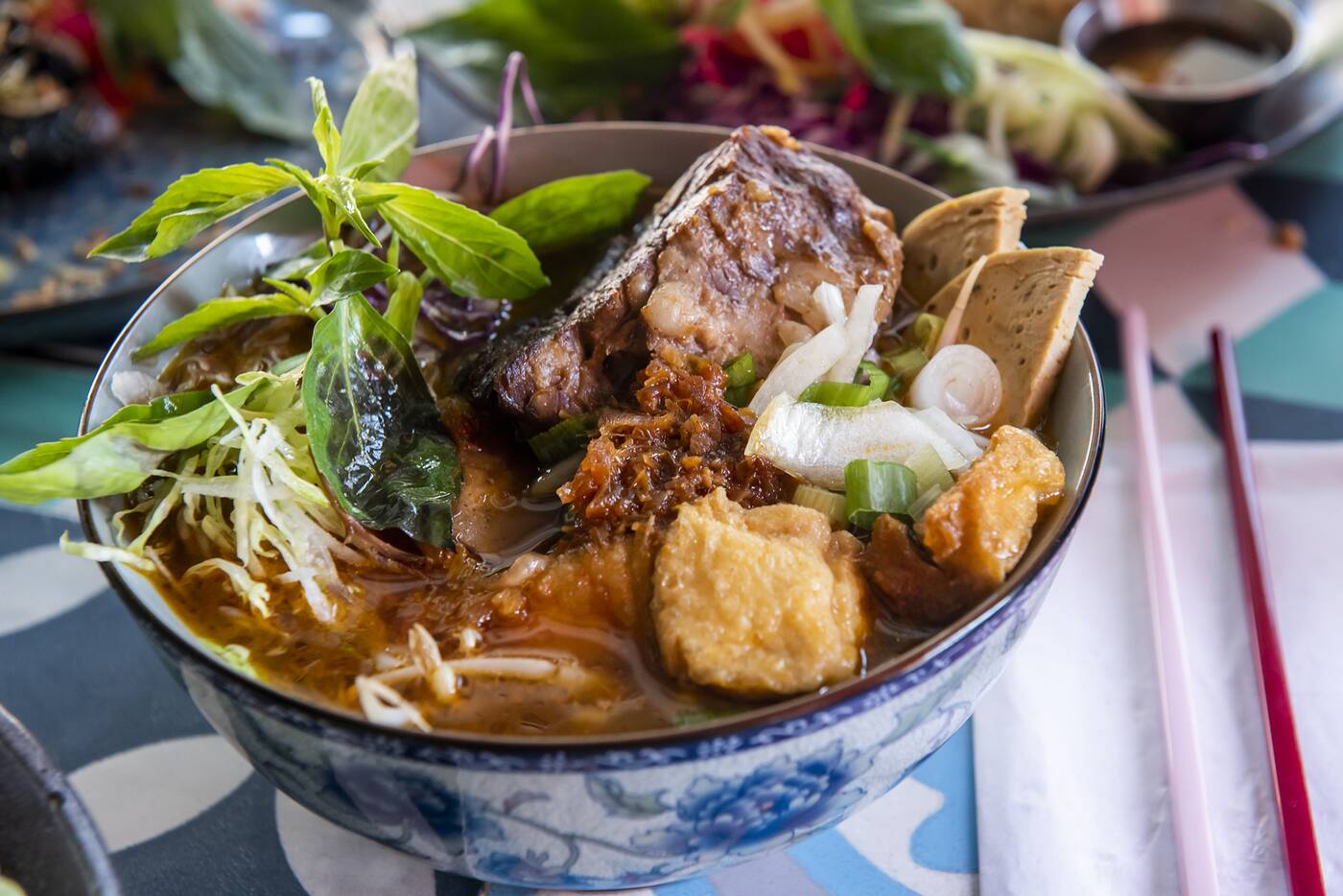 Bun Bo Hue ($19) is presented as a bowl of thick round noodles with a giant hunk of bone-in short rib, herbs, veggies and other garnishes, alongside a French press full of broth poured tableside.

This both enhances the experience of the broth's fragrance and brings in French colonial inspiration. Beef bones are slow simmered for eight hours for the rich broth, which also incorporates pineapple and a lot of lemongrass flavour. 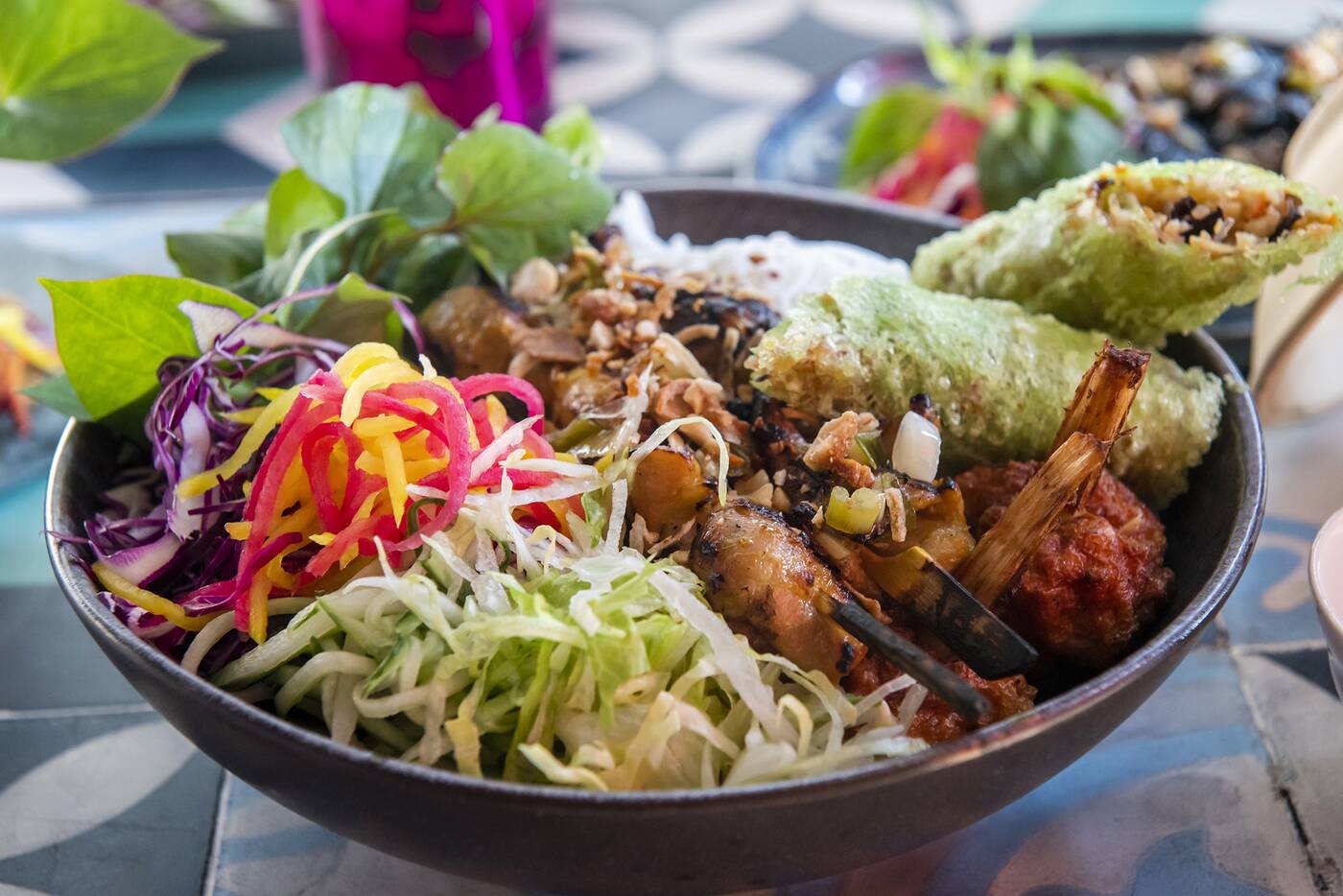 You can also add on viet pork sausage or a sugarcane prawn pop for $4, and I recommend both. 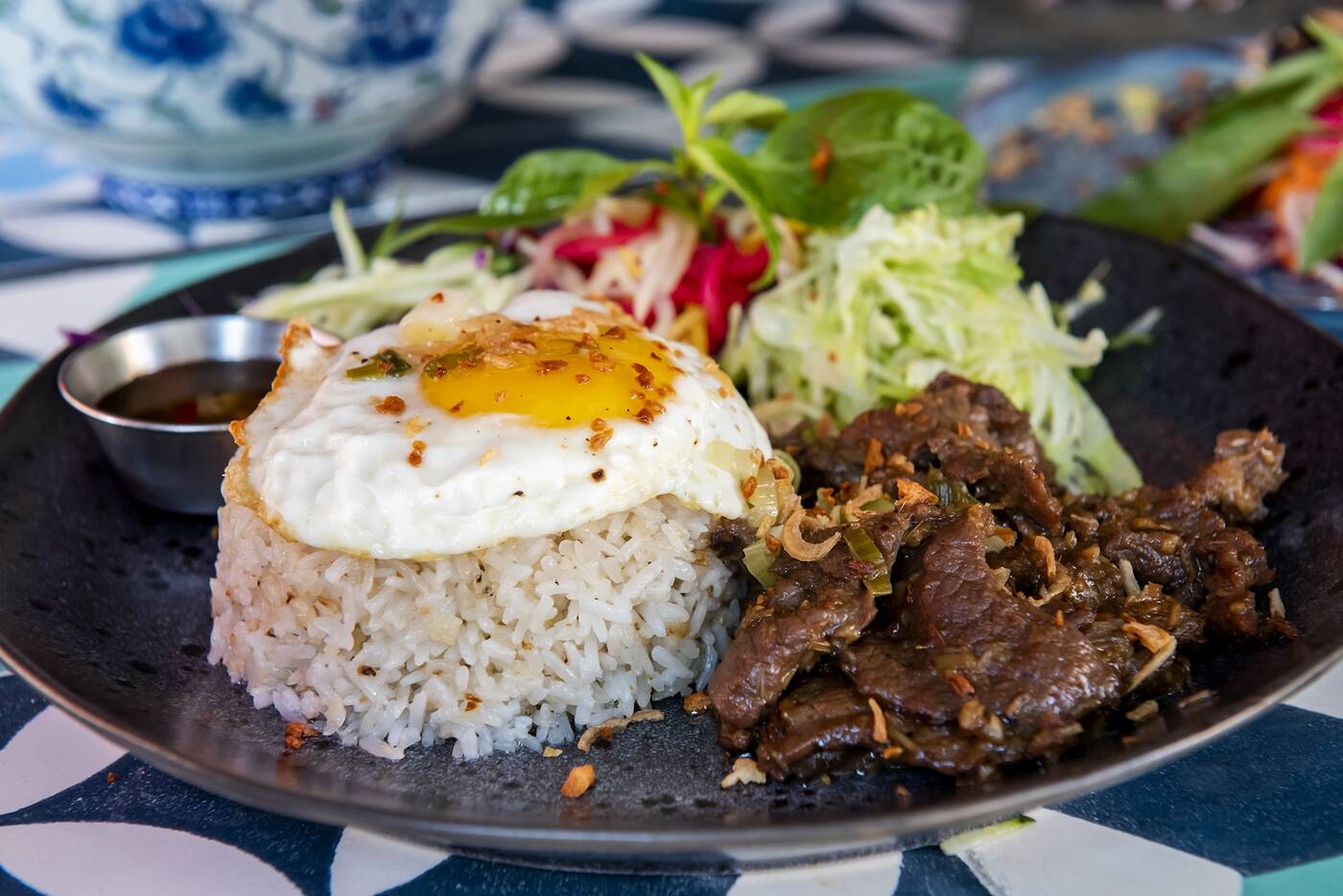 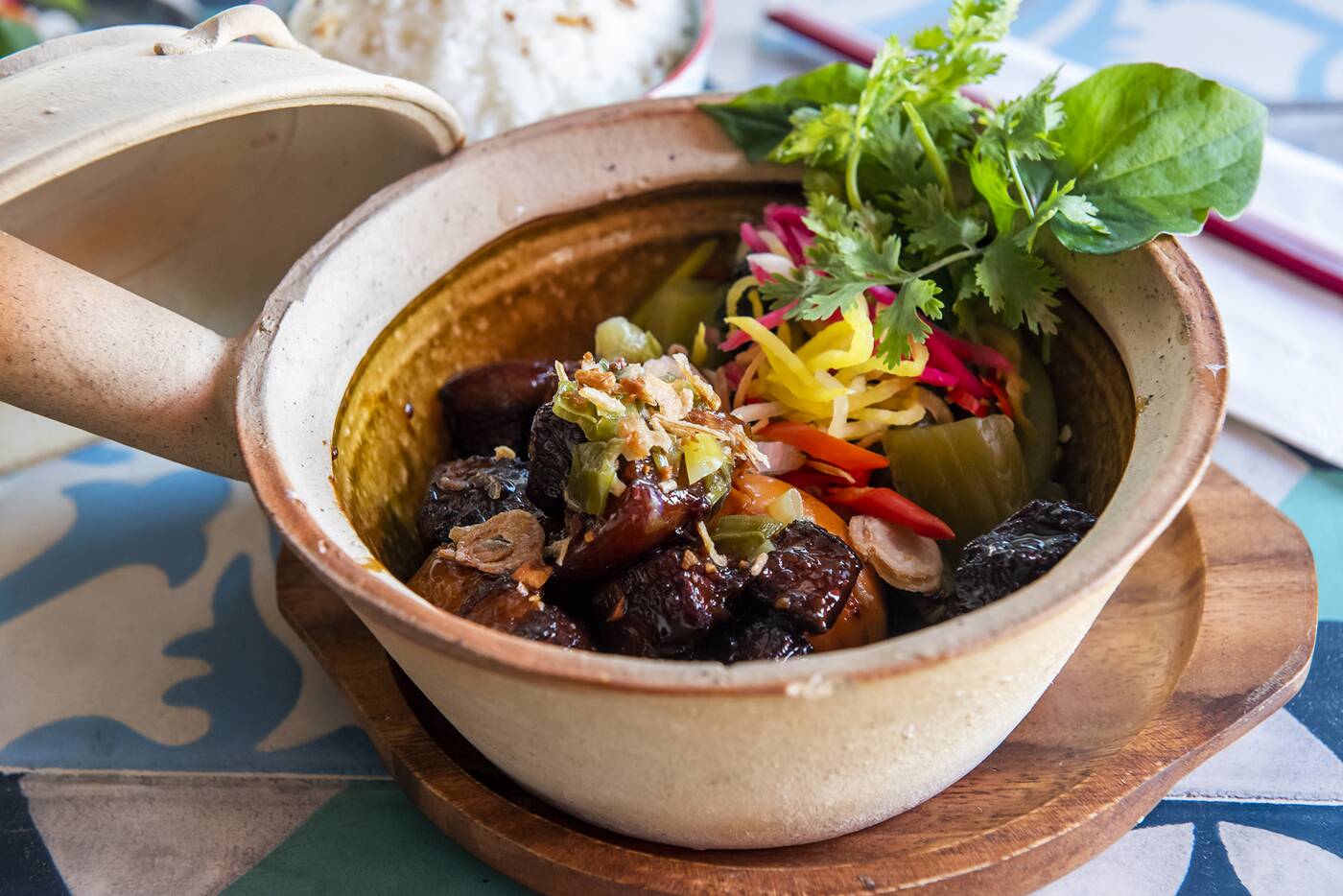 The Caramelized Pork Belly Claypot ($17) is inspired by a traditional rural dish, cooked in the same clay pot it's served in, accompanied by a hard-boiled egg, pickled cabbage and fresh herbs and steamed rice. 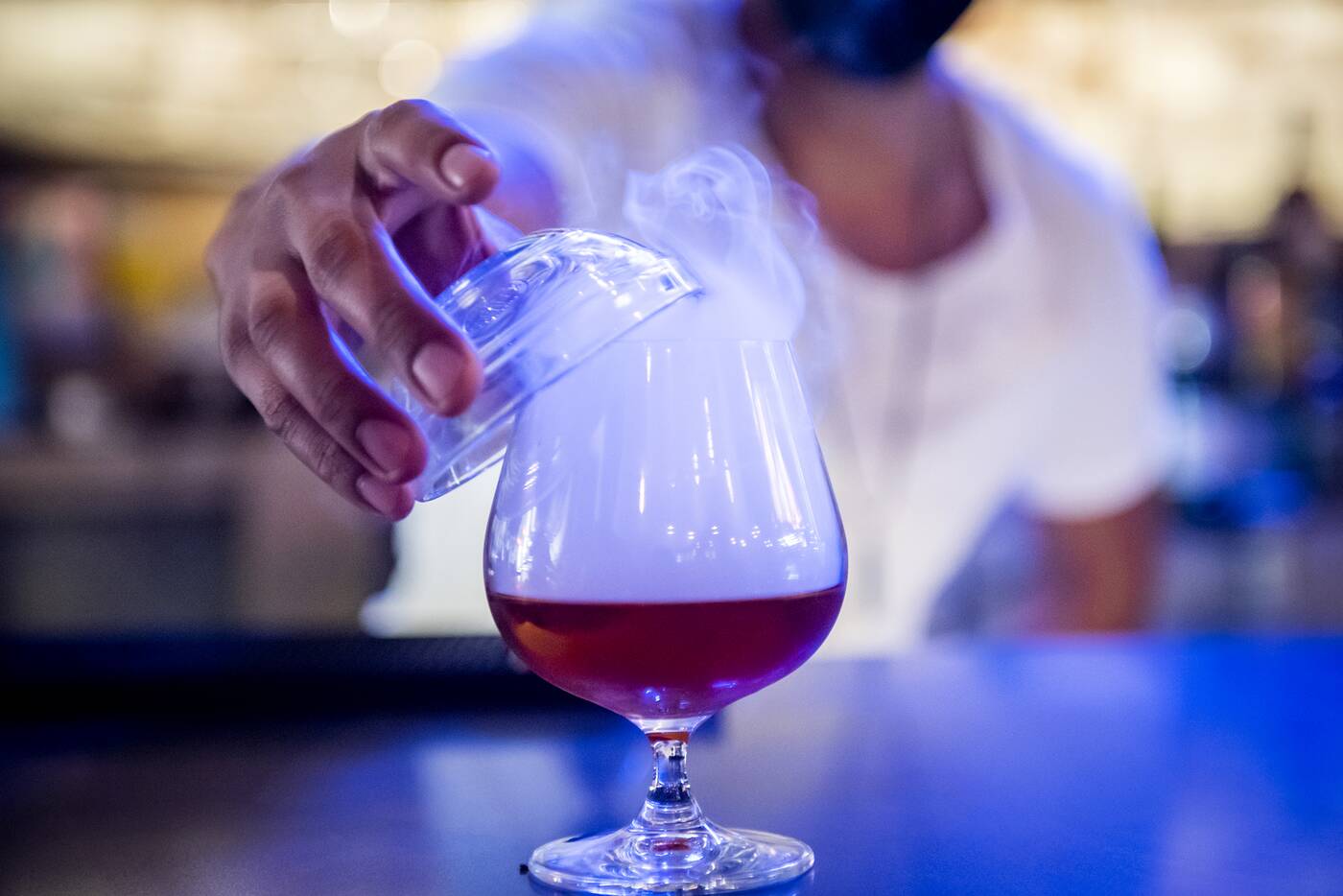 The Old Hanoi ($15) is a take on an Old Fashioned that references Vietnam's French history by incorporating French brandy, combining it with Vietnamese spices, bitters and orange and smoking it with applewood chips. 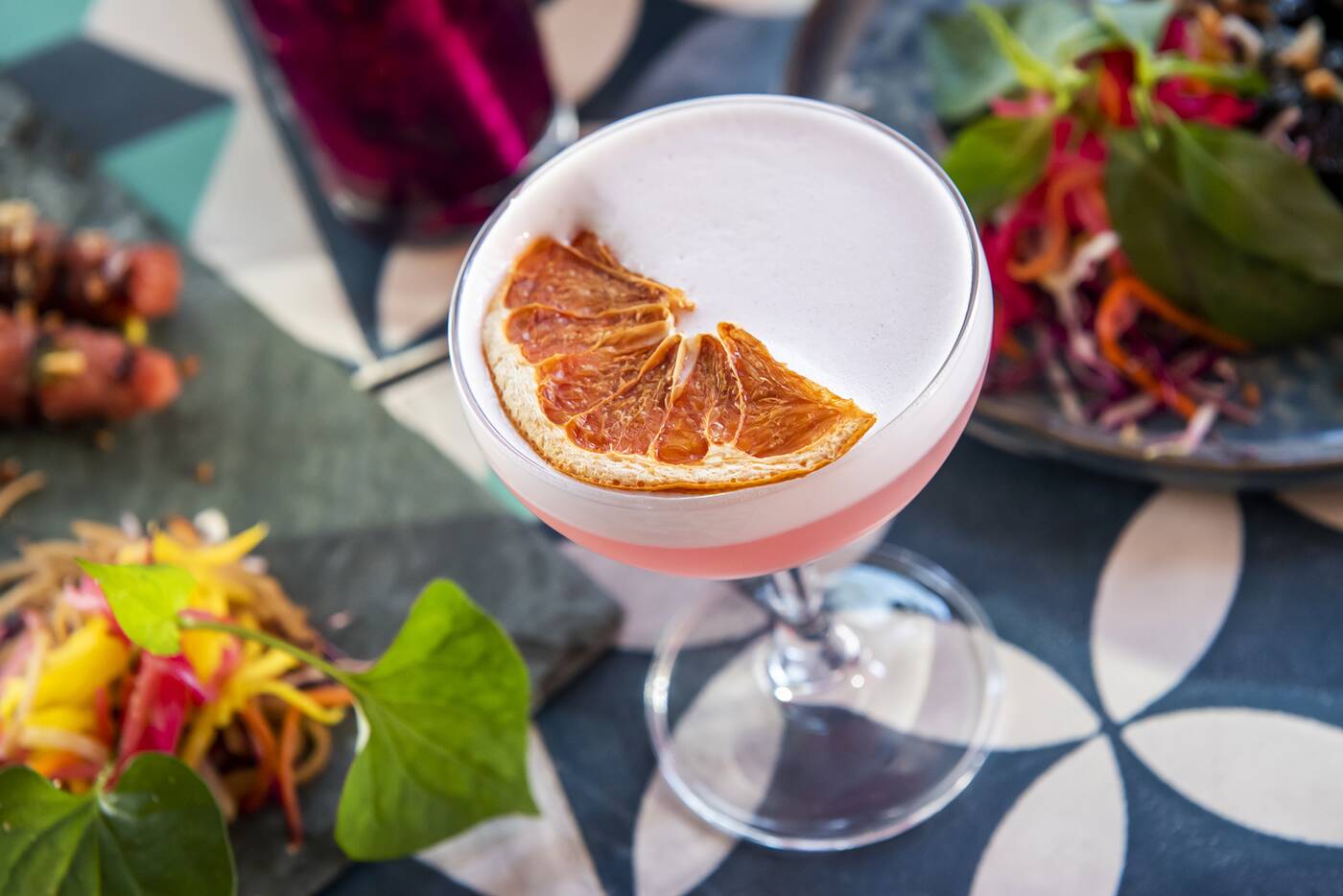 The Red Lotus ($13) is a riff on a cosmo made with lychee, elderflower, cranberry, lime and egg whites for a very floral and creamy cocktail. 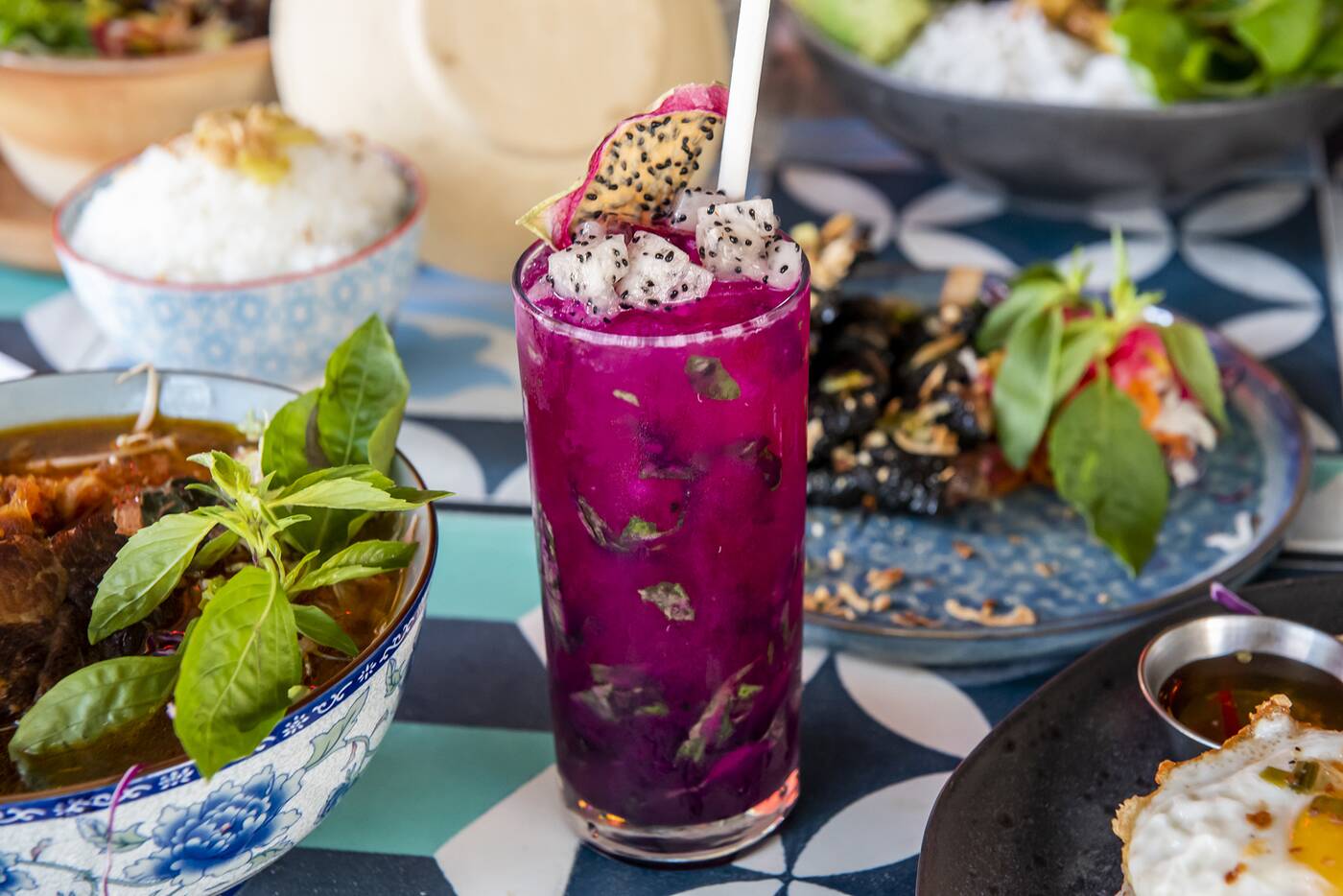 The Lantern Dragon ($15) is basically a mojito made with rum, lime and basil, plus lemongrass and dragonfruit, just as refreshing but way more colourful. 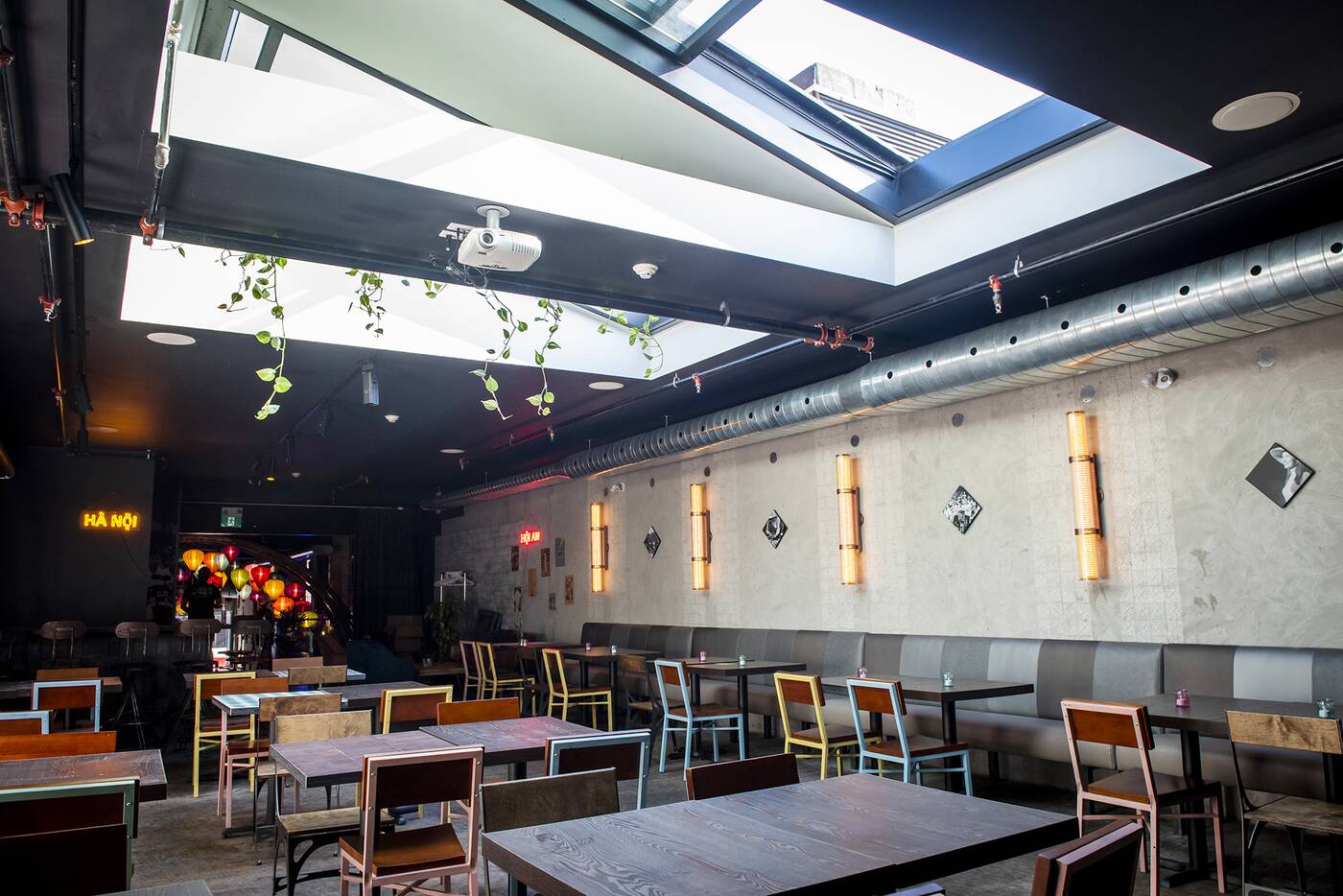 An upper back area decorates a skylight with vines, meant to reference the kind of terraces often found at restaurants in Vietnam. 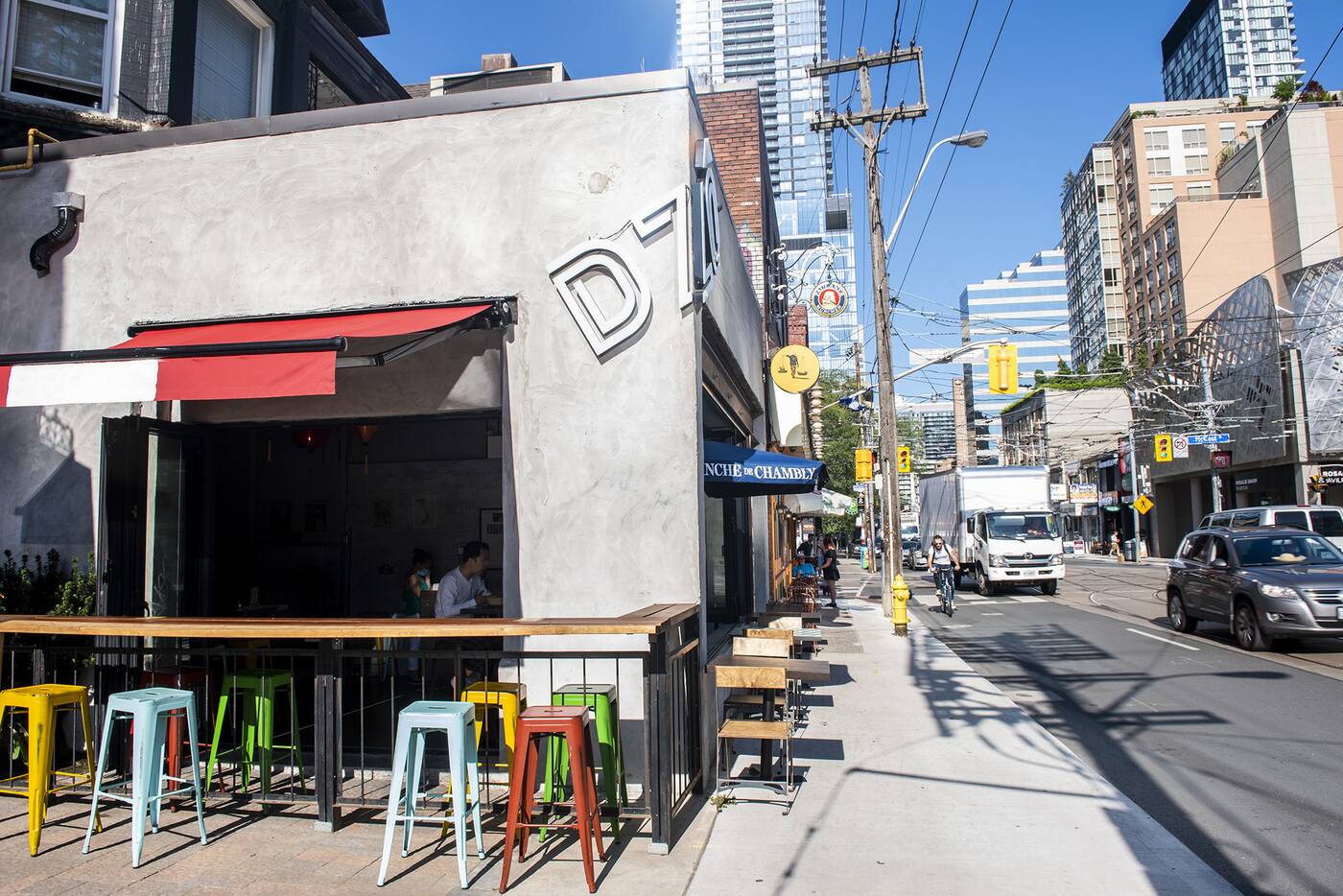