Paulette's Donuts & Chicken opened Monday - and thanks to the new donut trend sweeping the city , a successful debut at the Stop's night market , and the fact that it's owned by Devin Connell of Delica Kitchen - there was no shortage of customers. I was going to drop by after the lunch rush so I could loiter like usual to take pictures, but well, I got hungry. 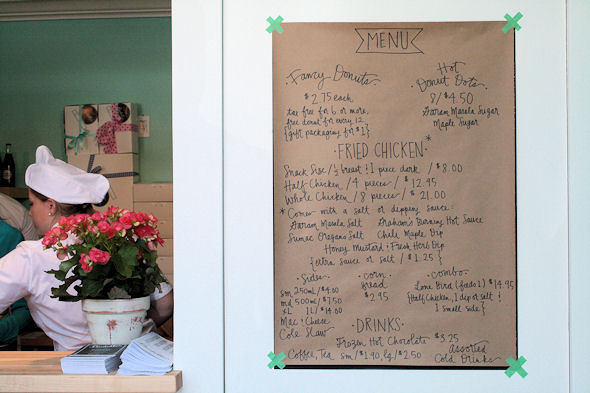 Paulette's offers a lot in the way of food, but not space (takeaway only), so what little they have was jam packed with people by the time I got there at 11:30. It's darn cute though, with its mint green walls and uniformed staff, so nobody seemed to mind the line. Those in wait stayed occupied by deciding on chicken sauces or salts, and of course, the donuts of the day - one of each showcased behind glass, in Japanese food display fashion.

Just a couple of weeks ago, I took a trip to New York, and I fell in love with a donut (and then promptly cheated with one of its closest friends). It was a toasted coconut by Brooklyn operation Dough , so when I read that Paulette's had recently been there on a donut and fried chicken "research" trip, I got a little bit too excited. Apparently I'm not very monogamous when it comes to donuts. 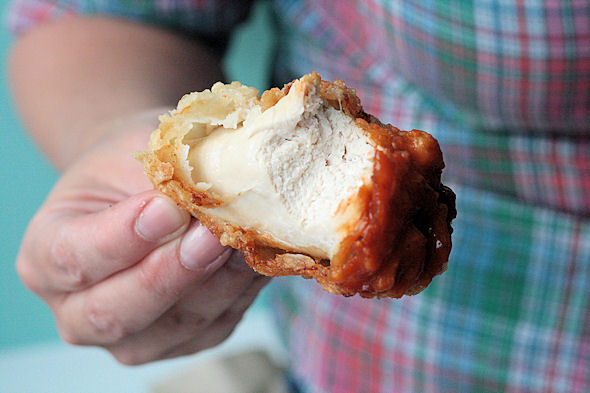 Fried chicken on the other hand, has never won me over, but being open to new possibilities I, along with my friend, ordered a snack size portion ($8). Each came with two good sized pieces of chicken and a choice of dipping sauce or salt. We went with Graham's Burning Hot Sauce and Chili Maple Dip.

Now to be honest, we were looking at the chicken as a bit of a roadblock as it stood in the way of our donuts, and we had to finish our meal before our dessert...even if they were the nutritional equivalent of one another. We were blown away though. It was incredible. The tempura-like batter has to be among the lightest and crunchiest of its kind, and although my current cholesterol levels might prove otherwise, it wasn't greasy.

In direct contrast to the batter was the chicken, which was unbelievably moist and so tender that it fell away from the bone. Both sauces paired very nicely, but I favoured the Maple Chili as the hot sauce tasted more of Frank's than Graham's. 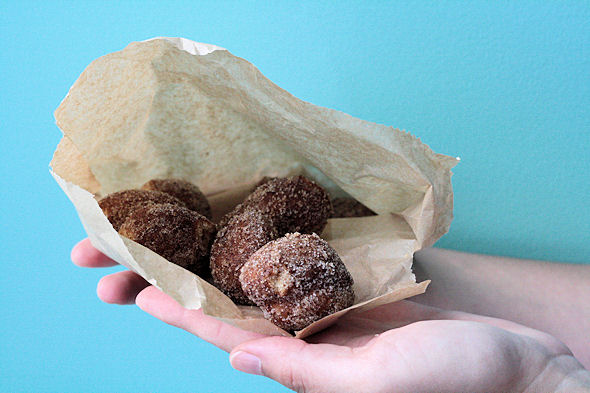 Seeing as we did such a good job of eating our meals (it turned out to be pretty easy after all), we moved on to the dessert portion. We ordered a D'oreo -one of their "fancy" full sized donuts ($2.75 each) - and a bag of Garam Masala Hot Donut Dots ($4.50), the indie version of TimBits.

The garam masala flavour on the dots was nice, but the dots themselves were a bit of a disappointment. They were somewhat dry and boring. Maybe if they were piping hot, and I had a cup of coffee for dipping, it would have been a different story. 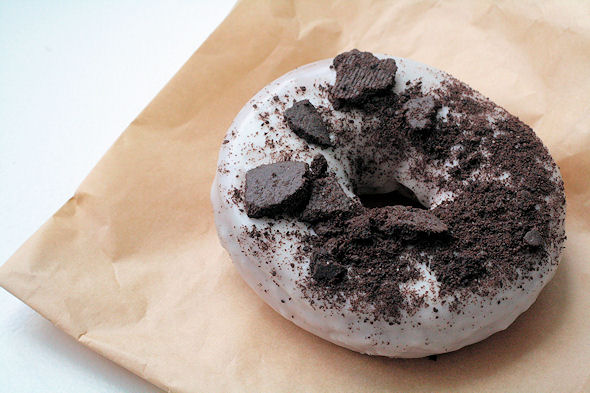 The D'oreo however was something else. It had a dense cake texture, and the icing that surrounded it on all sides tasted exactly like the innards of its namesake cookie. My friend can be quoted as saying "This might be the most delicious donut ever".

And because I'm a good girlfriend, I bought two more donuts to take home in the name of sharing. And because I had to write this article, I took a bite of each before they made it there...in the name of research. 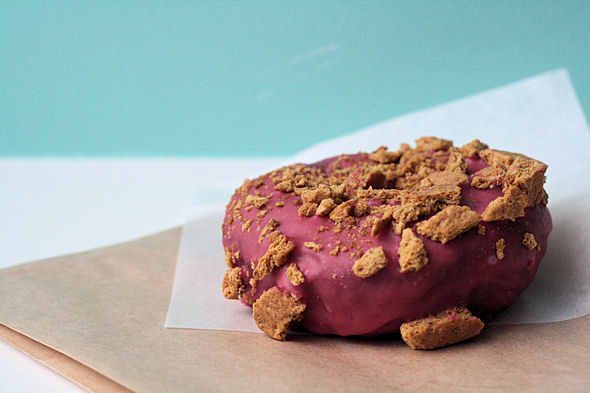 The Raspberry Royal, covered in fuchsia icing and sprinkled with graham crumbs, wasn't cloyingly sweet as I would have guessed. It was even a bit tart with a hit of raspberry flavour that started strong and then faded until the next bite. 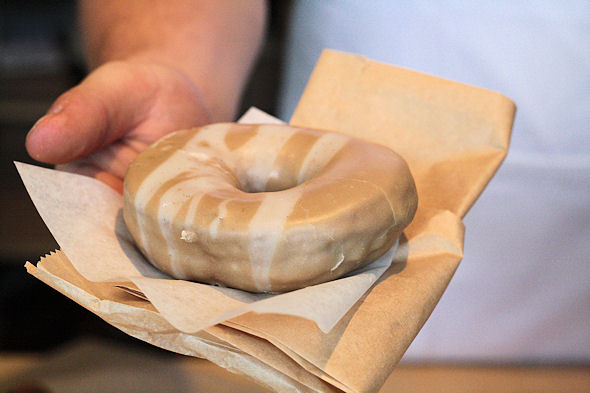 The Root Beer Float might have been my favourite. Its flavour was muted in comparison to the others, but the root beer had a strong enough presence to make it an interesting eat, without making it taste like one of those Bottle Cap candies.

So we came for the donuts, but it was the chicken that stole the show. My American toasted coconut love affair may not have been swayed, but in terms of fried poultry, Paulette's has my heart. And in the new battle between donuts and cupcakes (I'm on Team Donut), Paulette's is a new stronghold - they sold out of full sized ones by 3pm. Good thing I went early. 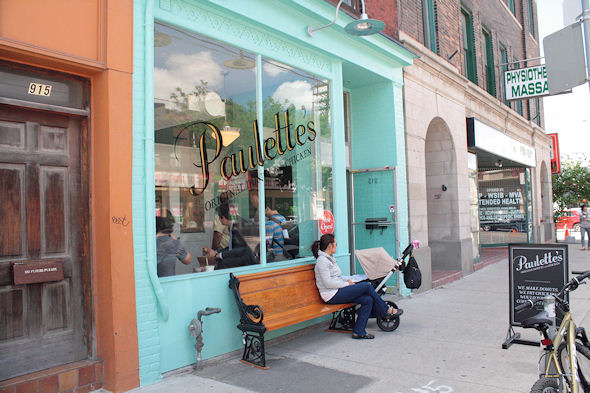