P Jay’s Take-Out has been a staple for Caribbean cuisine in Scarborough for about 35 years, known most notably for their consistently fresh beef patties.

The no-frills spot that's hidden inside a plaza and still only accepts cash opened a few doors down from where it's located today back in 1984. 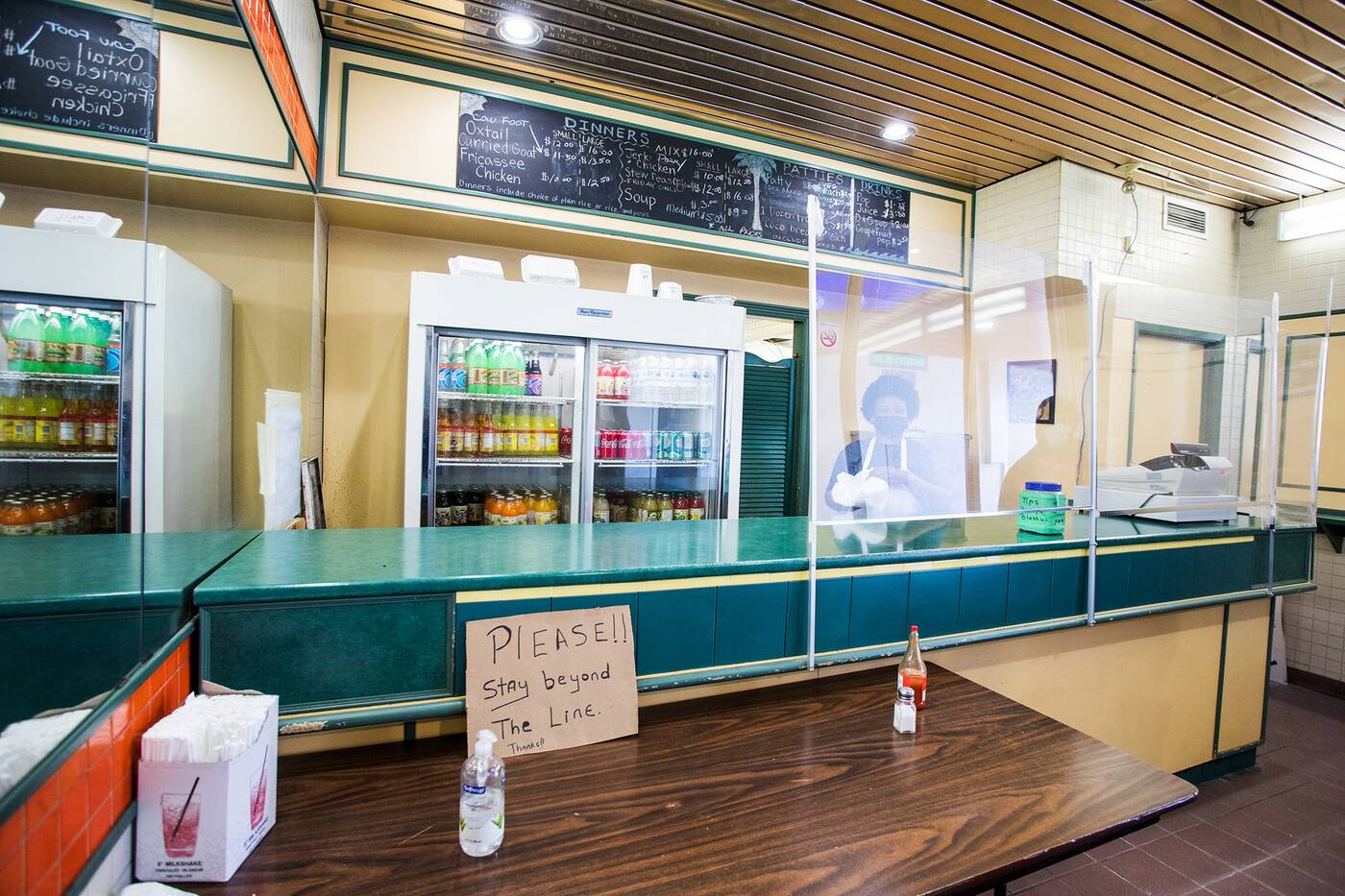 The owner, Patrick says they might've even been the first restaurant in Toronto to serve plantains with their meals. 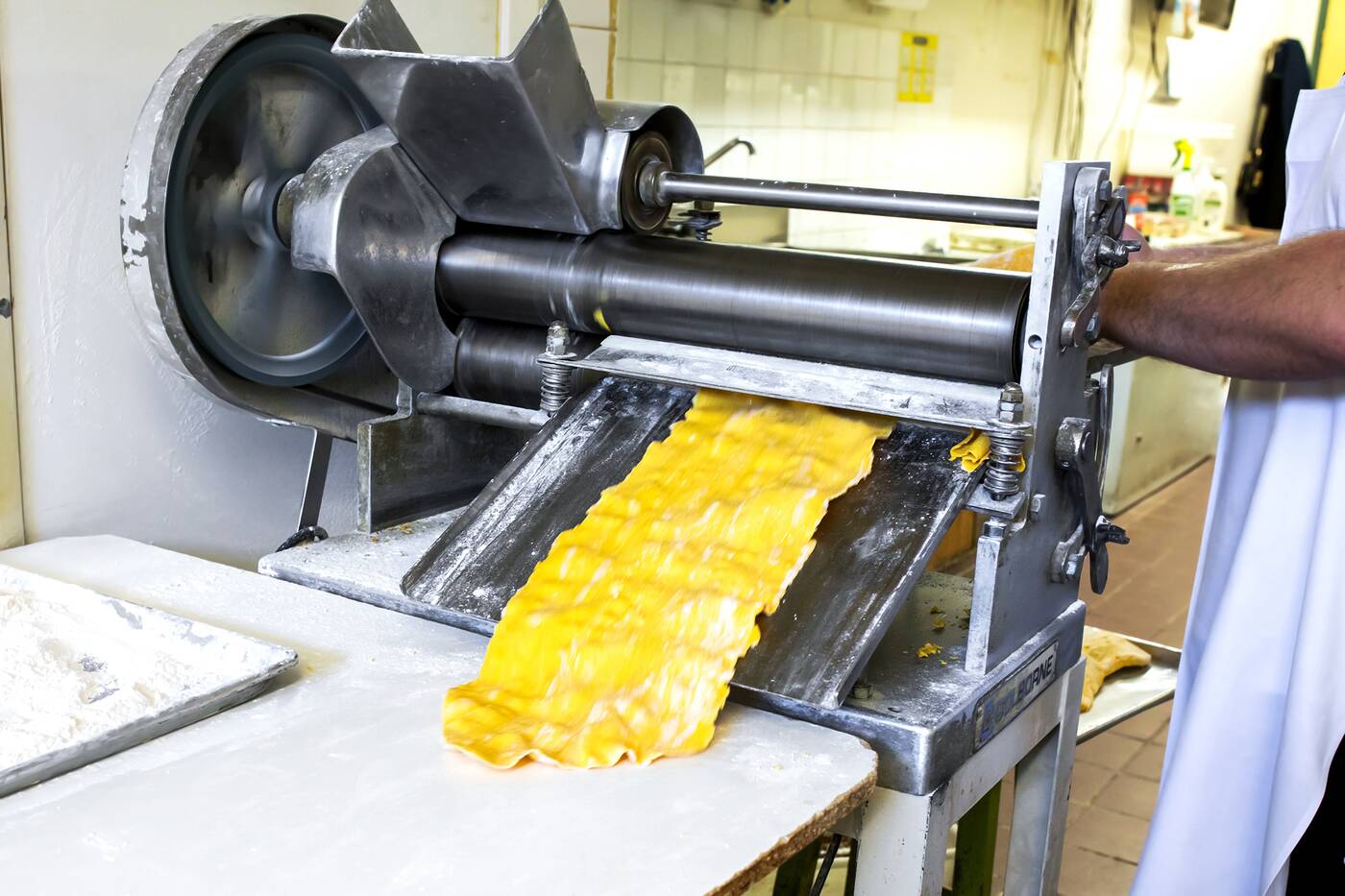 Over the years, customers have continually come back for the fresh beef and veggie patties and authentic recipes that have stayed the same since the eighties. 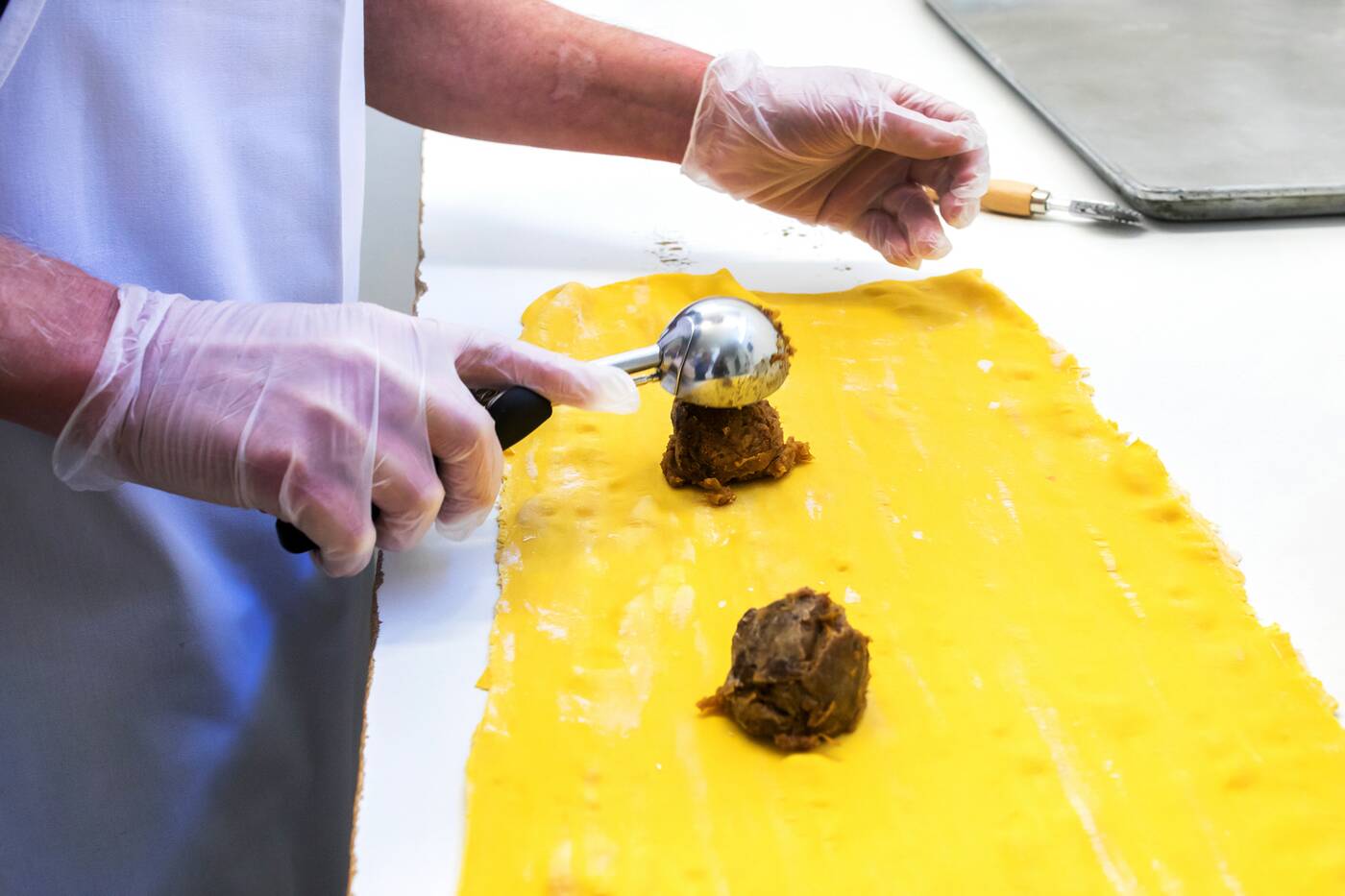 The patty crust comes from Randy's, Patrick's brother and said "king of patties in Toronto," and the filling is made here with over a hundred dozen patties prepared fresh every day in the back kitchen. 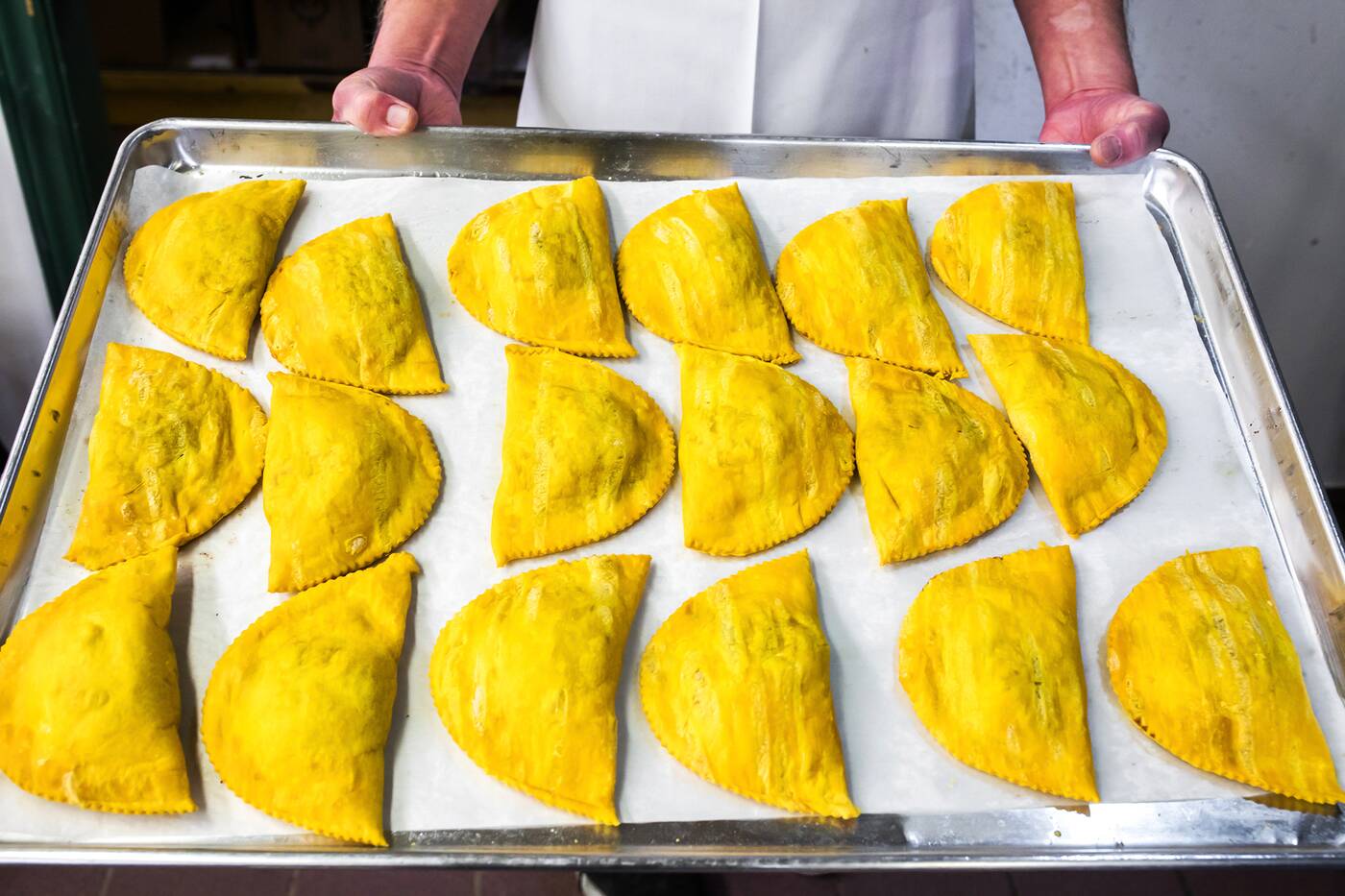 The crust comes in blocks and is freshly flattened, floured and filled before being served piping hot. 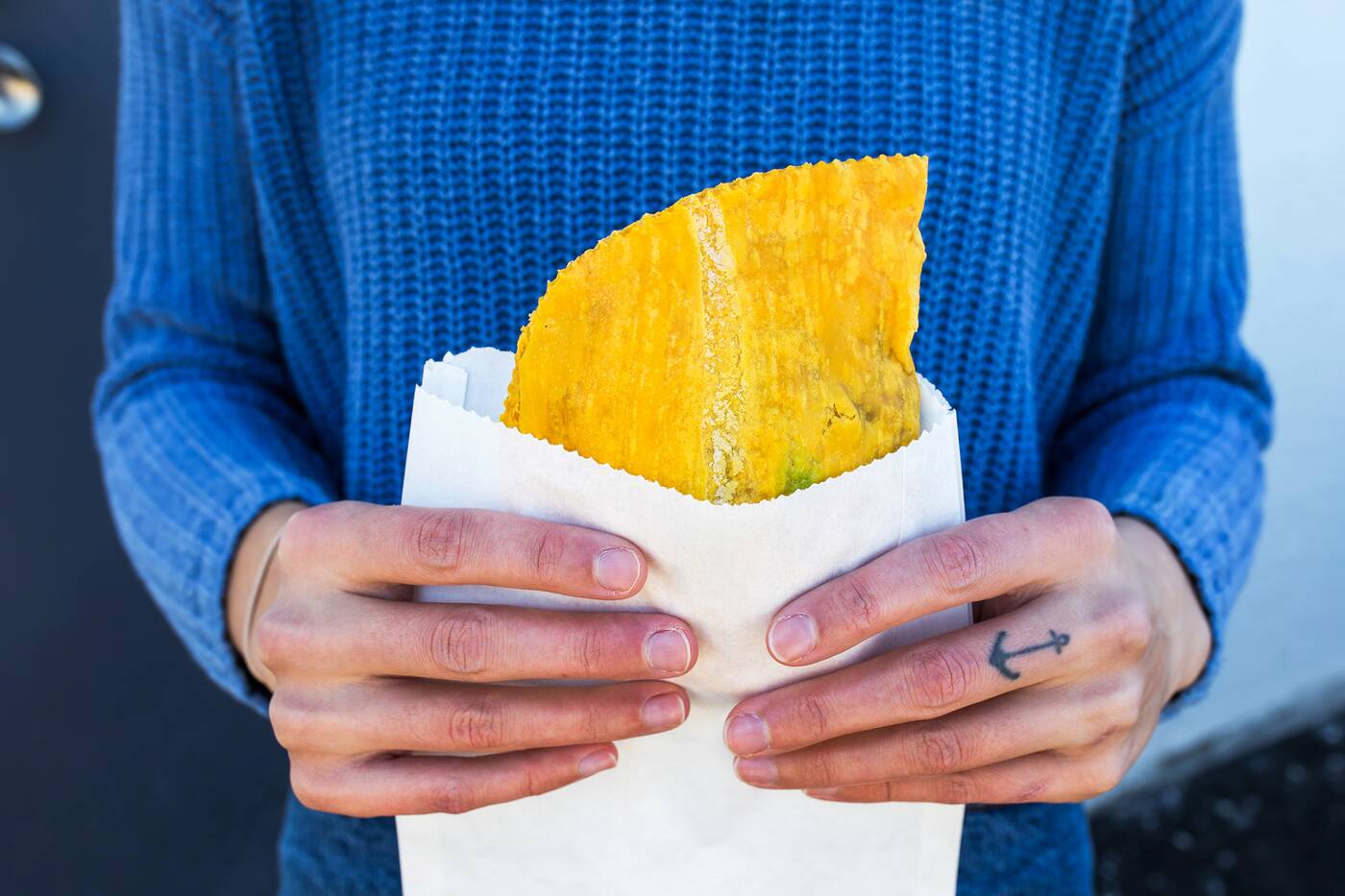 I can see why customers flock in during lunch hour and those who have been coming since high school now bring their kids back for the patties. 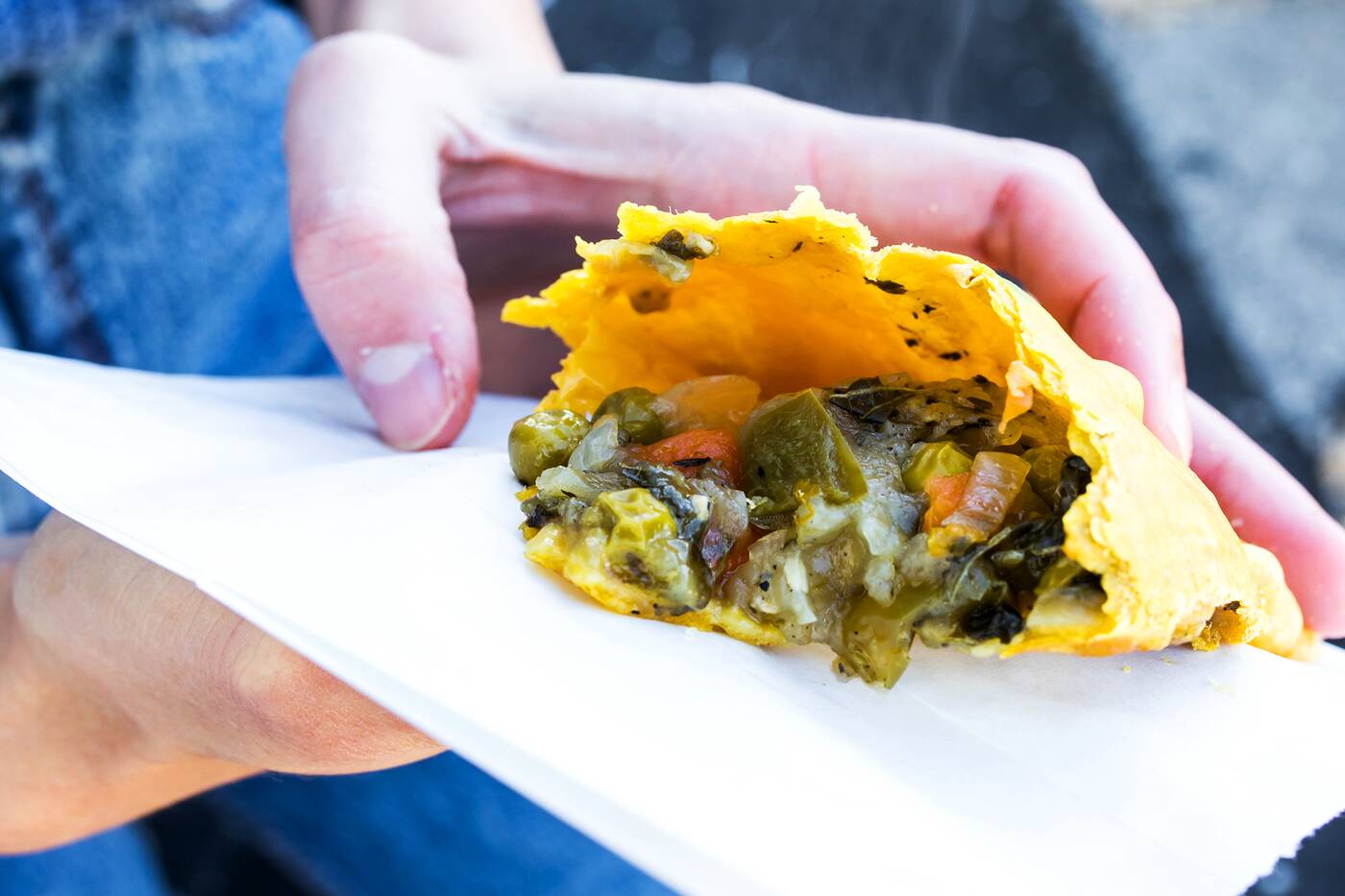 The crust is flaky and the inside filling doesn't taste the least bit frozen and provides a nice kick of heat. 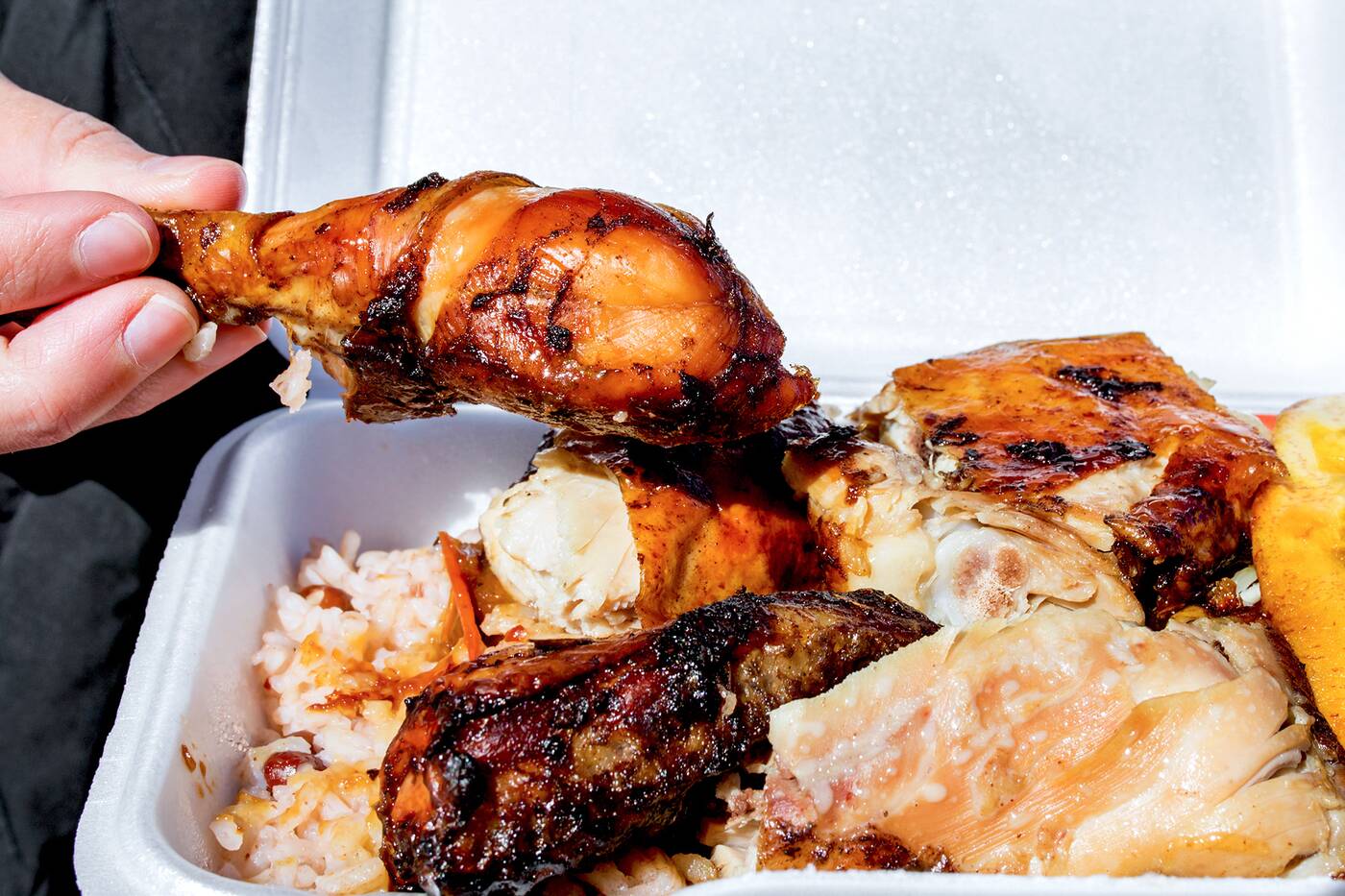 Although the patties are favourites at this restaurant, there are a number of other Caribbean staples on the menu like the Jerk Chicken (small: $10, large: $12.50). Like each of the dinners on the menu, it's served with an option of plain rice or their rice and peas. 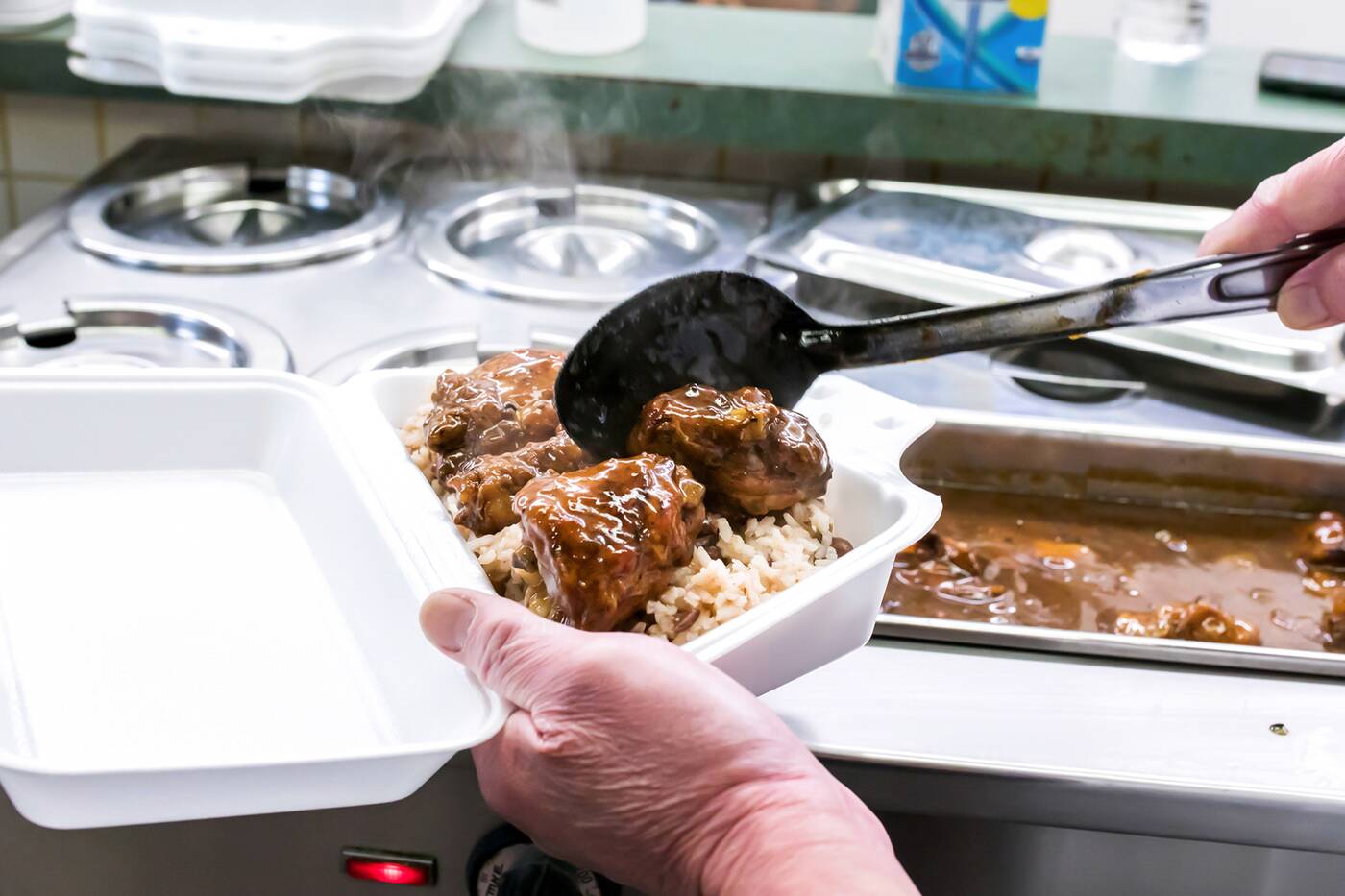 Fricassee Chicken (small: $10, large: $12.50) is the most popular way of cooking chicken in Jamaica. It's almost like a stew but instead of being boiled, the chicken is fried before the sauce is spooned and then simmering until becoming a thick gravy. 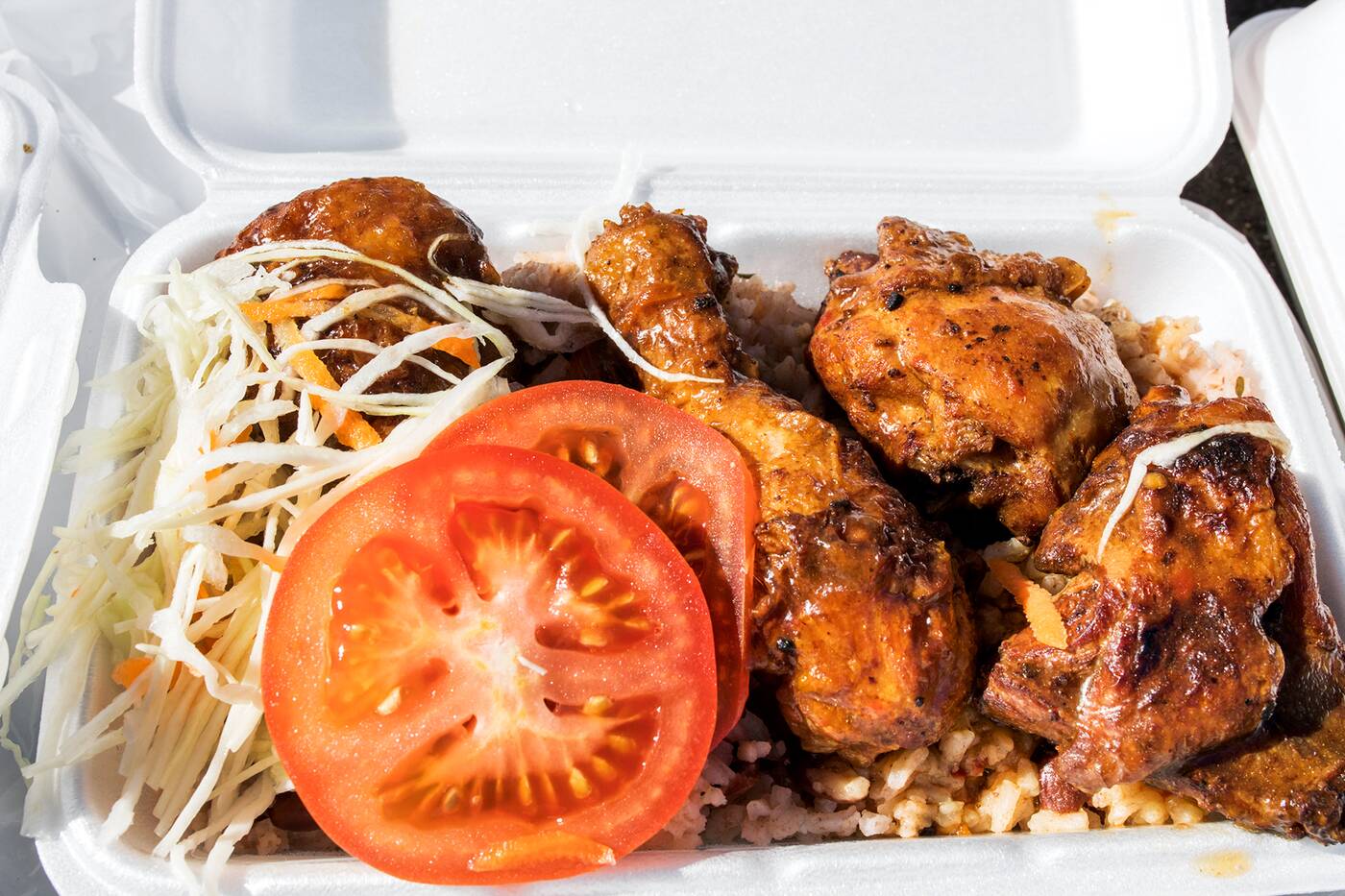 Though the meat still falls off the bone, the bits of chicken have thicker skin than you'd find in a traditional stew due to the frying. 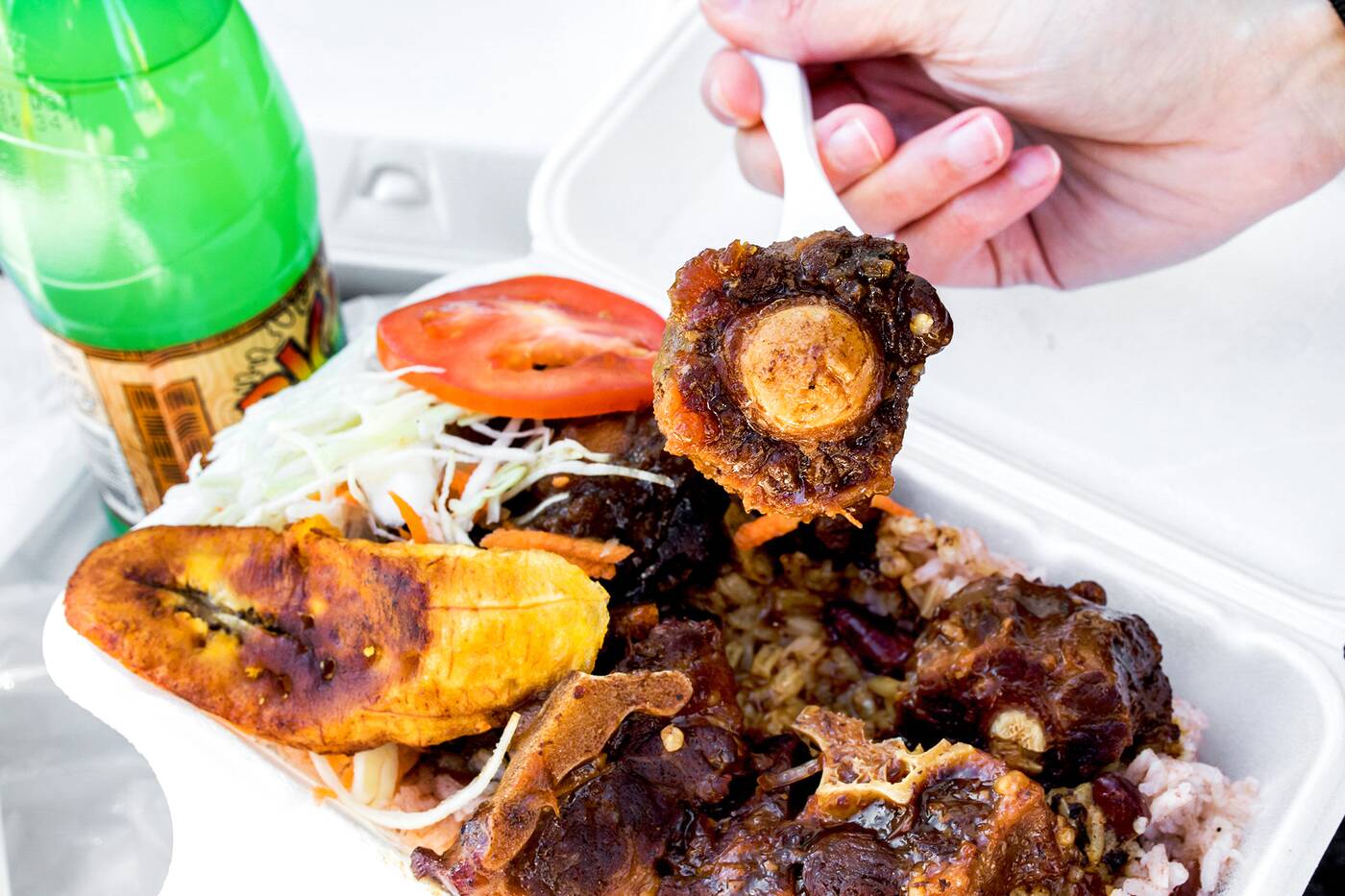 Another popular item on the menu is the Oxtail (small: $12, large: $16) for its tender meat and rich flavours as it comes slathered in a thick and sticky sauce. 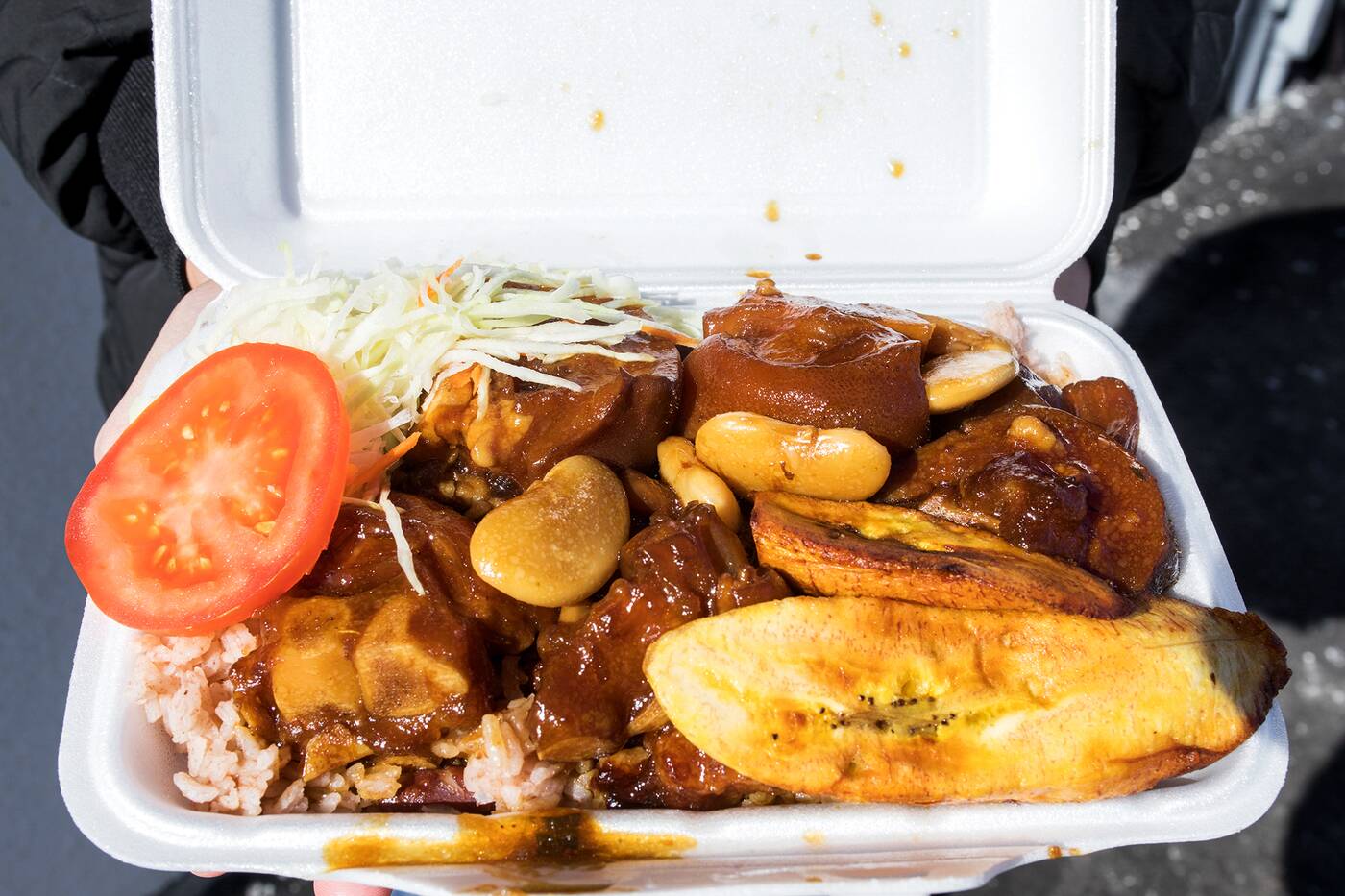 Similar to Oxtail, Cow Foot (small: $11.50, large: $13.50) comes with less meat and more bone but this is because the flavour comes from the bone and the bone marrow. 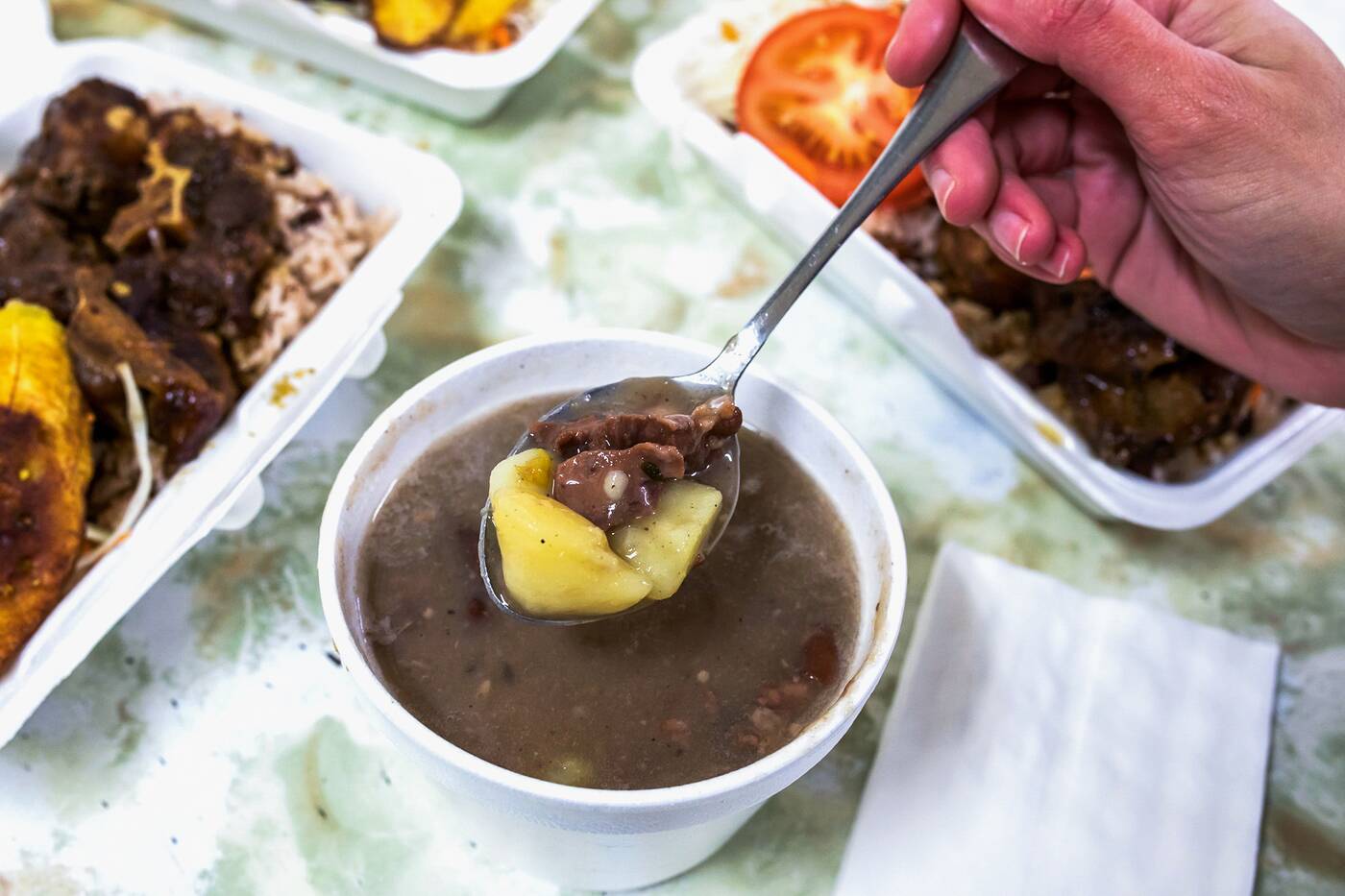 The Red Peas Soup (small: $3, medium: $5, large: $9) is another home-cooked staple. Though they used to rotate soups, it's remained a consistent feature on the menu purely due to customer demand.

More of a stew than a soup, the flavour from the mix of meat, potatoes, peas and dumplings doesn't disappoint. 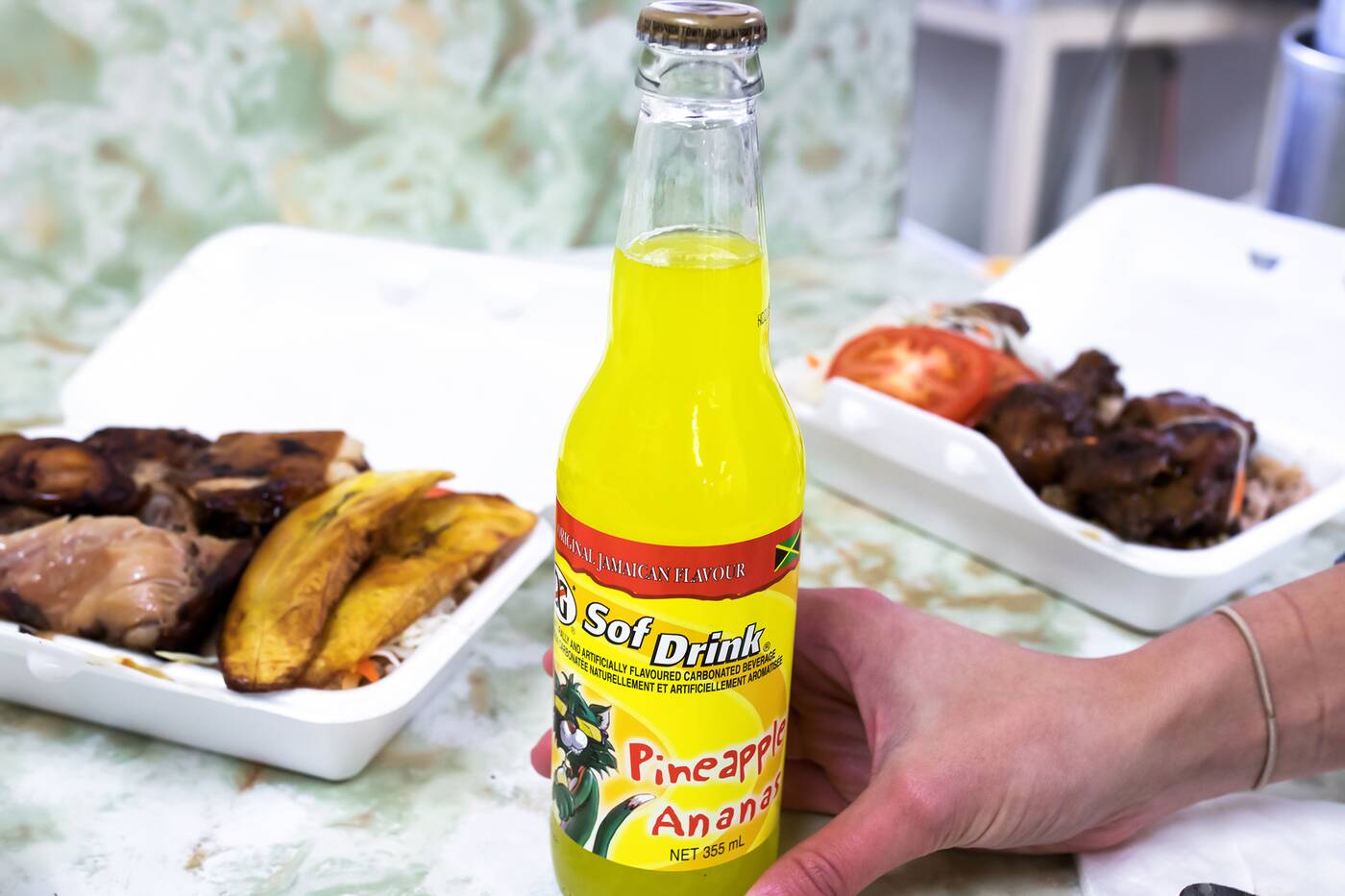 There are a few different traditional Jamaican sips in the fridge including DG Pineapple soda which tends to be the drink of choice at this spot. 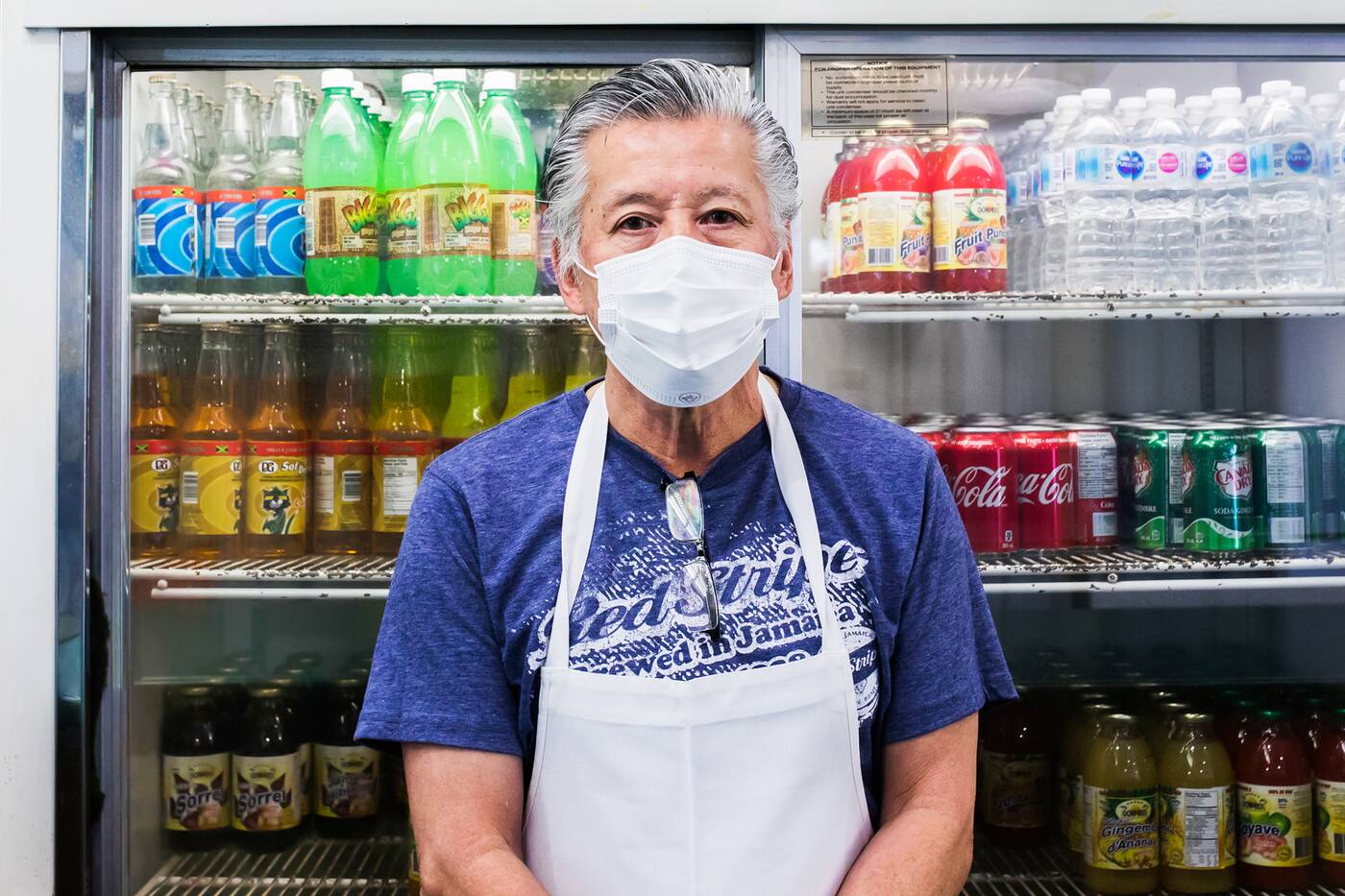 Although the price is a little steep for a few of the meals considering the size of the smaller portions, what everyone really comes back for is the flavour of the dishes that they've mastered over the years. One thing's for sure, you shouldn't leave P Jay's without a beef patty. 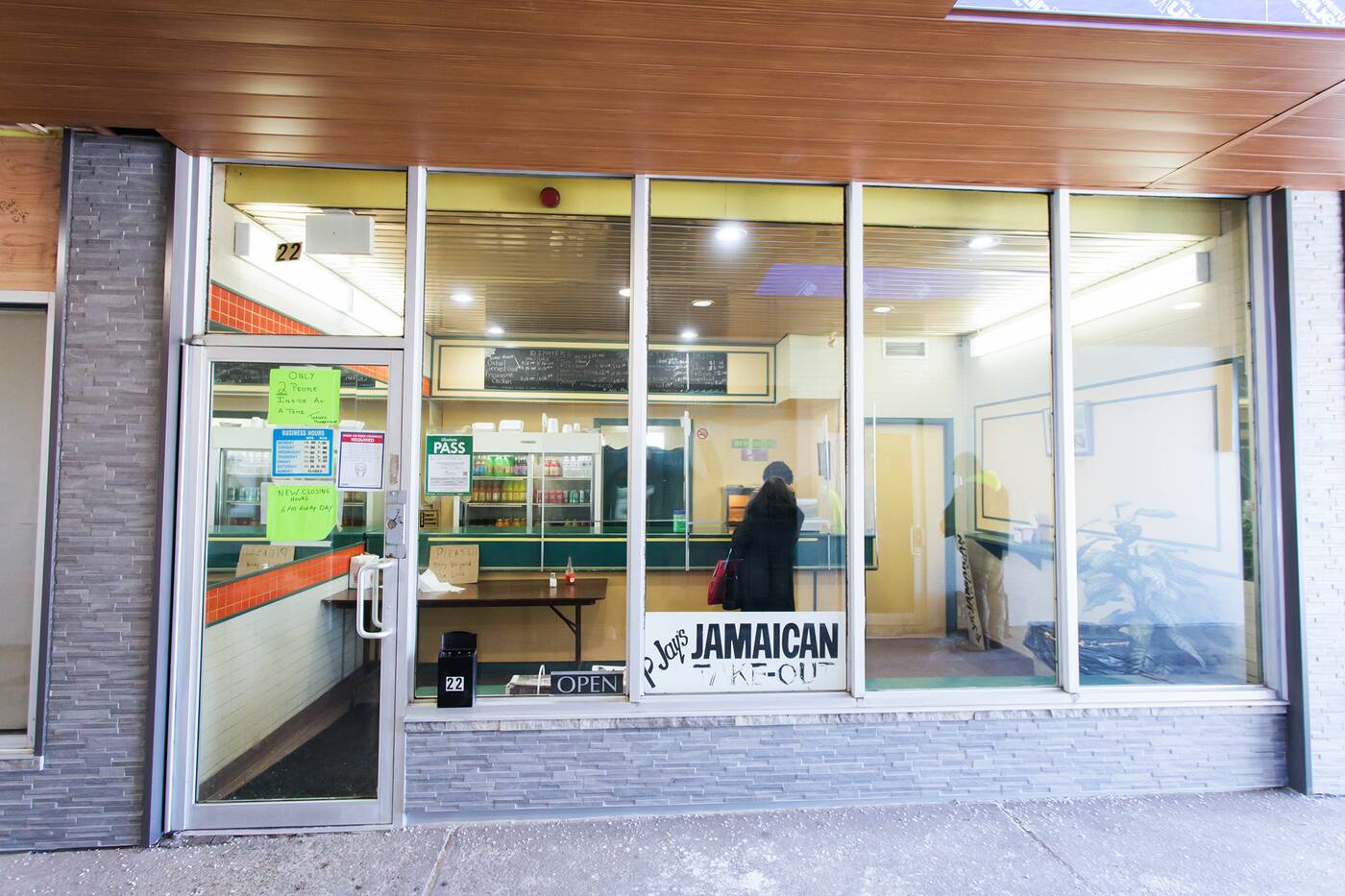