Origination Noodle House is a restaurant specializing in cuisine from the southwestern Chinese province of Yunnan that borders Tibet, Myanmar, Laos and Vietnam. Located below Dim Sum King in what was previously a Starbucks in Chinatown , this place is my first encounter with dishes from this part of China, and there's a lot to learn and try here.

Co-owners Clover Li and Bruce Shen are first-time restaurateurs, and they've turned the space into a cute and homey mix of modern and traditional decor, with artwork by OCAD students for sale on the wall and pretty tablecloths and tea sets imported from Yunnan. (There's also a mesmerizing tank filled with adorable see-through shrimp.) 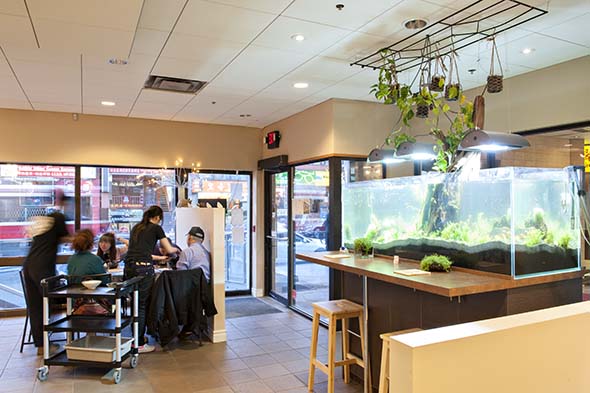 Li moved to Canada from Yunnan (Shen is originally from Shanghai), and didn't see her beloved Yunnan-style rice noodles getting much love in Chinatown (although, funnily enough, Taste of Yunnan is almost directly across the street).

"I figured Toronto doesn't really have a good rice noodle restaurant that's welcoming to everyone," Li says. "Most of the places in Scarborough are catering too exclusively to just Chinese people." She also noticed Vietnamese pho is very popular here, and wants to make Yunnan rice noodles just as ubiquitous.

Origination Yunnan Rice Noodle ($12.90) is the restaurant's version of " crossing the bridge " noodles, one of the province's most famous dishes whose origins have become legend . This noodle soup is MSG-free and made from scratch; it's boiled for over 12 hours using bones from the meat-eater's trifecta of chicken, pork and beef. 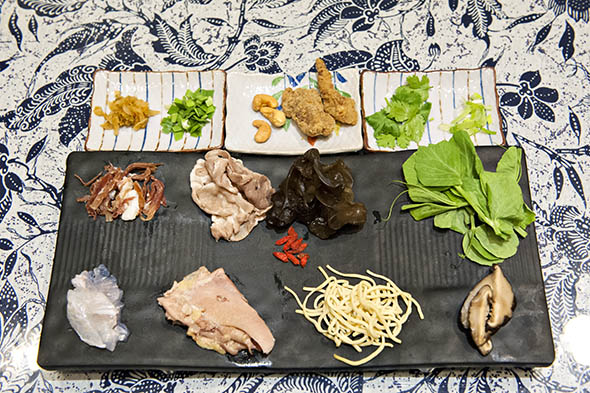 Ordering this is quite the novelty, as the assembly of the entire thing is done in front of the guest. The boiling hot soup is brought to the table and then a bevy of ingredients are tossed in (kind of like hot pot): pieces of bass, Serrano ham (in place of difficult-to-source Yunnan ham), black fungus, tofu skin, snow pea tips, Chinese-style pickles and of course, the rice noodles. 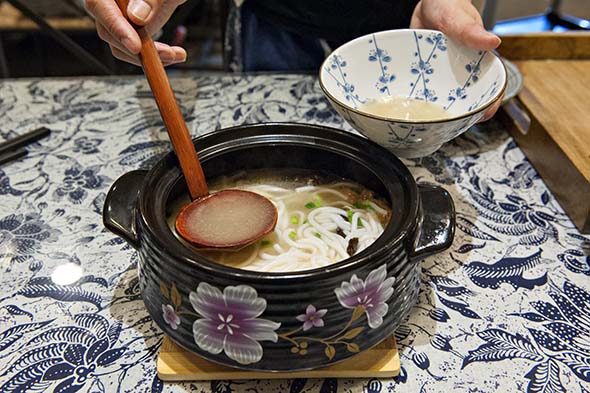 Overall, it's a satisfying bowl of noodle soup. The chewy, al dente-like rice noodles are flavourless on their own, but they absorb whatever soup or sauce they're immersed into, and this soup is flavourful, but very light and subtle. Li and Shen have noticed it's more popular with an older crowd.

More to the tastes of younger palates is the Tofu Rice Noodle ($7.90), which has bolder, more in-your-face flavours.

Instead of a soup, there's a slightly spicy sauce that you mix in with the rice noodles, along with a super big hunk of fresh-tasting soft tofu, two kinds of sour pickles, cilantro, scallions, crushed nuts (peanut, cashew and walnut) and minced pork (or you can make it vegetarian by nixing the pork). This is definitely something I could eat regularly for lunch. 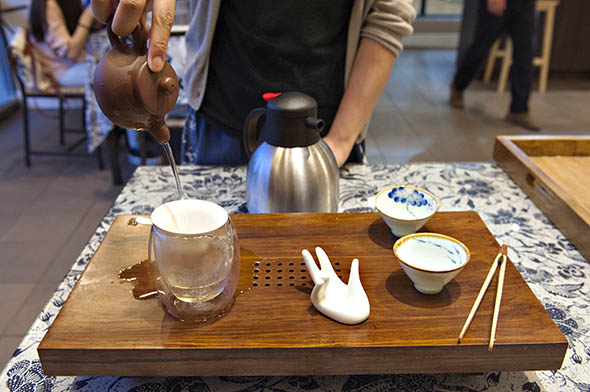 Another interesting Yunnan tradition to try is the KungFu tea ($9.99 for 2 people, $15.99 for 4). Li and Shen visited numerous different tea factories in Yunnan (they're kind of like wineries there), tasting all the teas before deciding on which ones they liked best.

They decided on a few different kinds of Pu'er tea, which Yunnan is famous for. Like fine wine, good Pu'er teas get better with age, and there are some on display from the 1980s. It's become fashionable to consume Pu'er; Li tells me girls who want to keep a thin figure drink it after eating in order to dilute the fat in their bodies. 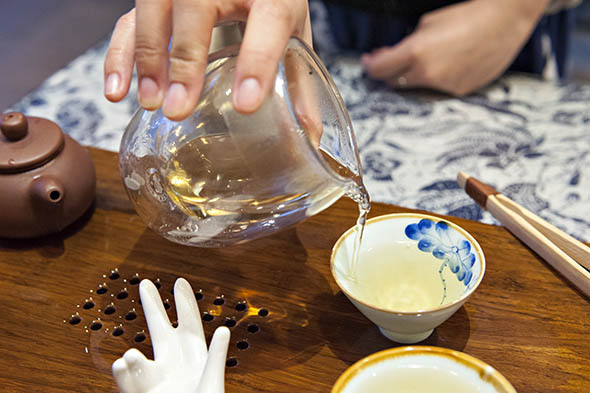 We try one from 2008 that's absorbed the flavour of sticky rice, and it's fascinating to watch the whole tea preparation and pouring process (it's a lot more intricate than at dim sum), from the little dried tea puck to the clay teapot to the filter and then into the dainty little cups.

It might be a little pricey, but there is only a limited quantity of each tea and the one we try is unlike any I've had before; it has a clean, pleasant and distinct flavour of aromatic glutinous rice, and it's easy to understand why, according to Li, people from Yunnan spend half the day drinking this stuff. 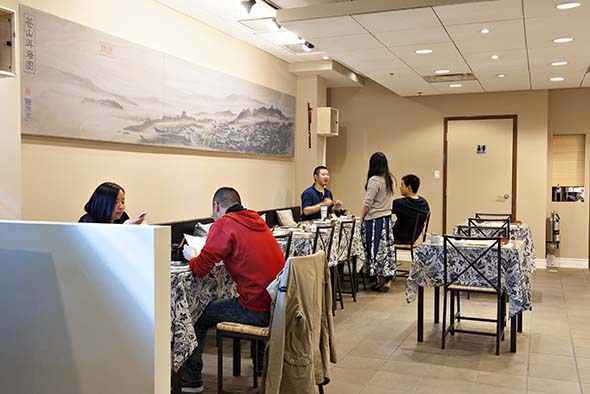 Li and Shen are paying attention to diners' preferences and have been tweaking their offerings based on customer feedback. Before Origination, Li worked in the accounting department at a bank, and found the work wasn't challenging enough for her. With this restaurant, she finally feels like she's met her match. 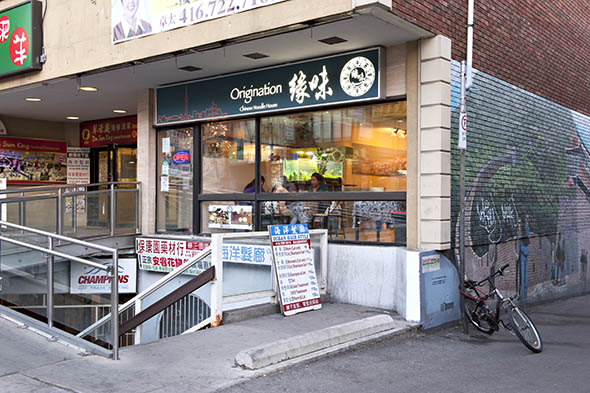