Ole Ole is a new Mexican and Spanish eatery now open on King Street East taking over the three floor heritage building that formerly housed Kultura. The historic address is inherently rich in character and protected from major modifications by a heritage designation. New lighting, fresh upholstery and a Deigo Rivera mural are amongst the modest cosmetic updates care of Chris Koroknay of Studio CK .

The first floor offers a bar vibe while upstairs there are two adjacent 50-seat dining rooms plus a private third floor room with 30-seat banquet table. 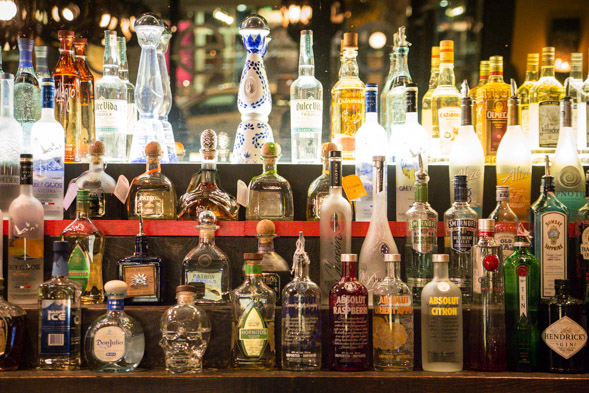 In the kitchen is Spanish-born, Mexican-raised chef, Rodrigo Aguilar-Salas, who at 23 years old has already won international paella and tapas competitions and apprenticed at Michelin Star rated restaurant and culinary think-tank, elBulli before it closed in 2011. Now, in Toronto and in charge of his own menu, the young chef offers an assortment of authentic dishes that draw on his roots.

Almost the entire menu comes in at under $20, though there is little distinction price-wise between ordering from the lists of tapas, appetizers or mains where ceviche ($17) and tacos ($14) are available alongside paella ($20) and tortas bravas ($11). 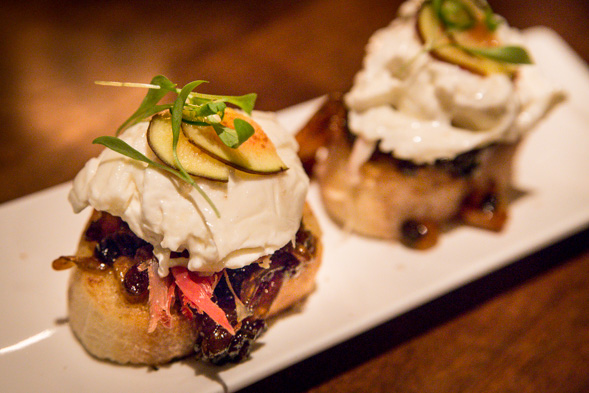 The Tapa de Granada ($19) is on the pricey side, but it's so ridiculously good I couldn't imagine returning without ordering it again. It's loaded onto thick garlic-buttered rounds of albaradilla bread with a thick layer of sweet and sticky caramelized figs, shaved Serrano ham and a mound of burratta cheese. 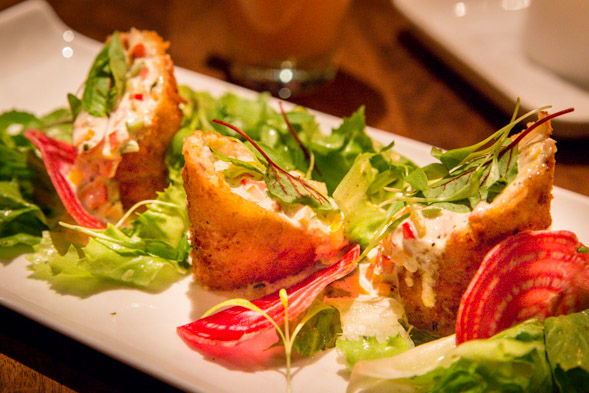 The Al Tun Tun ($13) potato croquette is a crispy mashed potato pocket stuffed with jamon Serrano and oozing with mozzarella cheese. It's dressed with creamy bell pepper relish and served with candied beets, greens and a light oregano dressing. 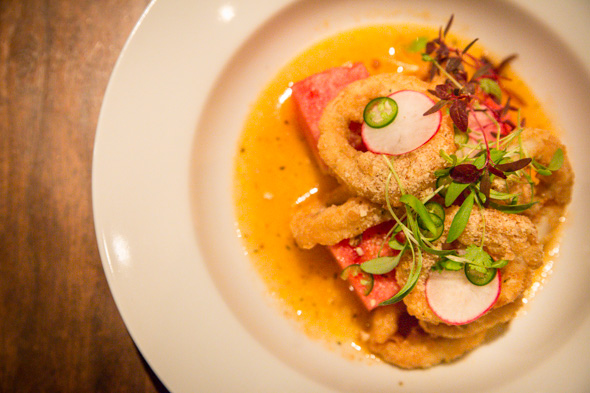 The Chipirones Estrella ($17) is a version of fried calamari more compelling than most I've tried. Sitting in a pool of sweet beer sauce are sweet marinated cubes of watermelon offset by slivers of spicy jalapeno and topped with crispy fried squid rings, finished with a dusting of crunchy almond brittle. 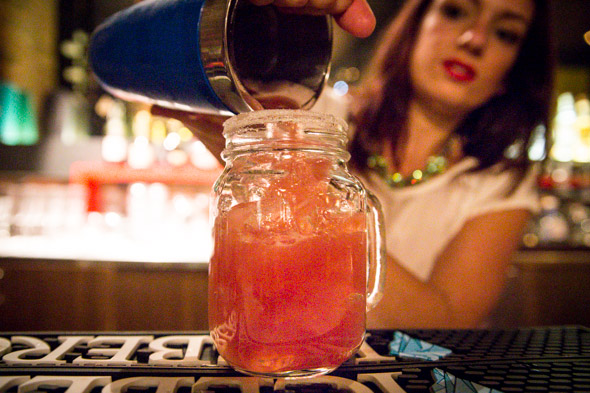 The wine list is predominantly Spanish ranging from $40 to $120. The tequila list is lengthy and available straight or in cocktails like the Cielo Rojo ($9), made with Hornitos Tequila, watermelon and cranberry, served in a sugar rimmed glass.

Also unique to this new eatery is a commitment to donate 10% of every food bill to children's charities and to host breakfast clubs to introduce budding palates to Mexican and Spanish flavours. 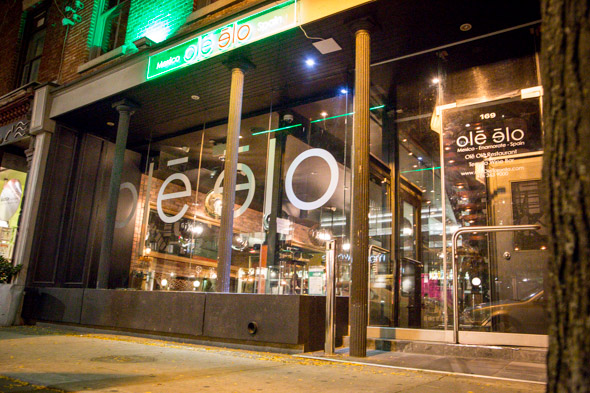 Ole Ole is currently open daily for dinner starting at 5pm. Weekend bunch menus will launch in a few weeks.