My Place - A Canadian Pub

My Place - A Canadian Pub opened earlier this Fall near the corner of Bloor and Jane in Bloor West Village . While I don't normally frequent this part of Toronto, it was easy to get to - a short subway ride and quick jaunt from Jane station. The restaurant itself is a sight to be seen. It's huge. Separated into a number of themed rooms, My Place takes on a range of personalities from nuevo elegance to classic eerie 1970's hotel (think the Overlook hotel from the Shining).

The menu, it has been well noted, is the creation of Brad Long who some may be familiar with from Restaurant Makeover or perhaps his old gig as Executive Chef at the Air Canada Centre. He's also co-owner of Veritas . 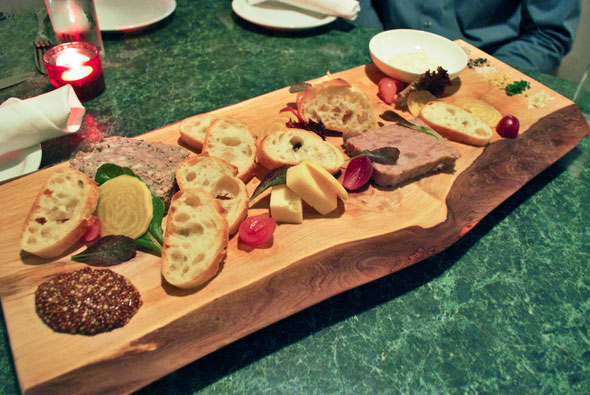 To start our meal we order the charcuterie plate ($20), because, well, it seems to be the menu item of the moment . Having said that, it's not on My Place's menu but was available that night and came with an assortment of meats (duck, pork terrine) and cheeses (cubes of cheddar and ricotta) on a large wooden plank. Garnishes included a homemade grainy mustard, pickled pearl onions, radish slices, salt, chives, garlic and a horseradish-mayo sauce with slices of French baguette. Yum. 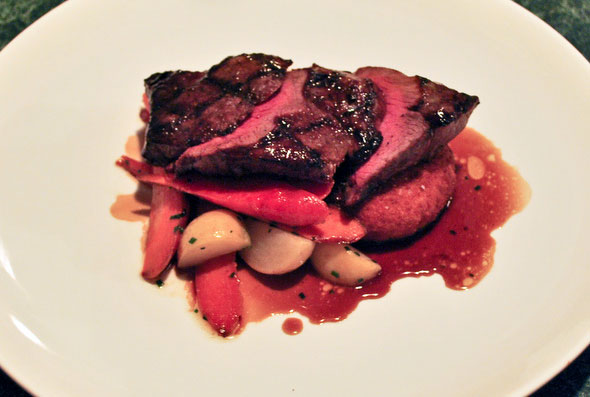 Next up was the Flatiron Steak from Kerr Farms ($18) which came convincingly recommended by our waiter. Perfectly cooked, it was seared crisp on the outside and gave way to exceptionally juicy and buttery beef in the middle. The steak sat atop roasted carrots, fingerling potatoes and a fried potato-herb croquette. 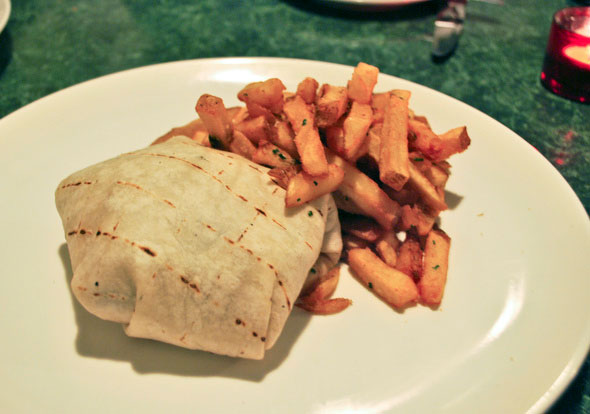 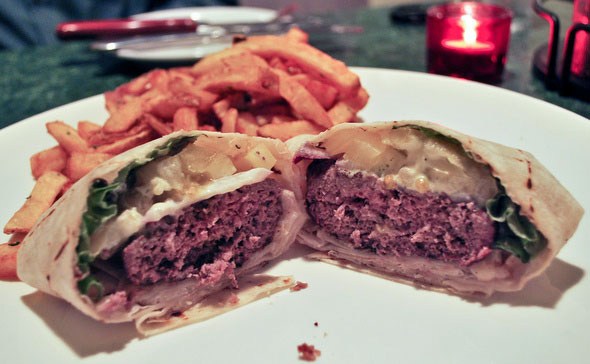 Due to my sad lack of attention to menu details, I was a bit surprised when my Tilson burger ($14) came with a five-point tortilla instead of an expected bun. No worries. The medium-rare longhorn was nicely fatty and paired well with a slice of cheese and aioli. If anything, the tortilla just served to take away from the overall heft of the burger - a remark we let slip to our waiter who proceeded to inform us we could actually order the food anyway we like - with a bun next time if that's my preference. 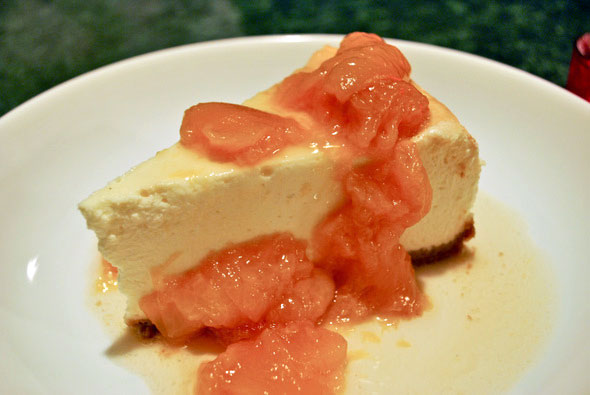 For dessert we split the cheesecake ($9) made by the 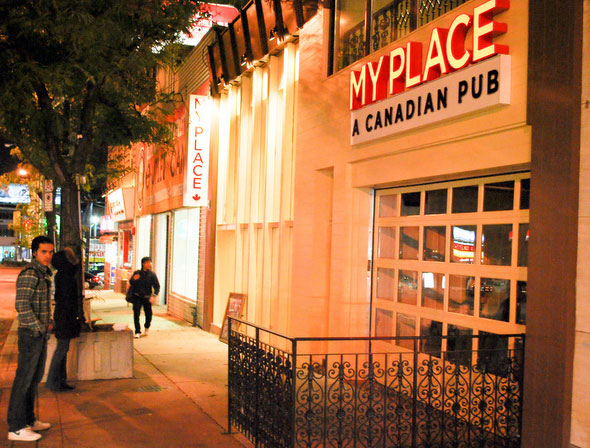 Cheese Boutique . The texture and flavour was very ricotta-y and strangely grainy AND cream cheesy. Not the best slice we ever had. Better was the Niagara peach preserve that came as an accompaniment.