Radical Road Brewing is a microbrewery and taproom in Leslieville. They brew all their beer in-house, and you can see parts of the process going on through a window that looks in on the kitchen.

They also serve up great, classic bar food that plays off their craft brews, like traditional salad and meat-and-potatoes dishes, with enough twists to stand out. 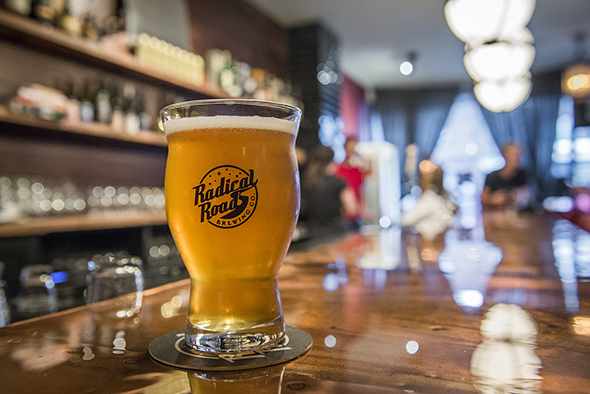 Owner Julian Holland comes from a sales and marketing background, and partner Steve Davis works does branding and design. Along with brewers like Justin Graham and Simon Decosta (formerly of Black Oak Brewing ) they've created this simple bar with antique touches named after a road in Scotland where Simon worked, studied, and has ancestral roots. 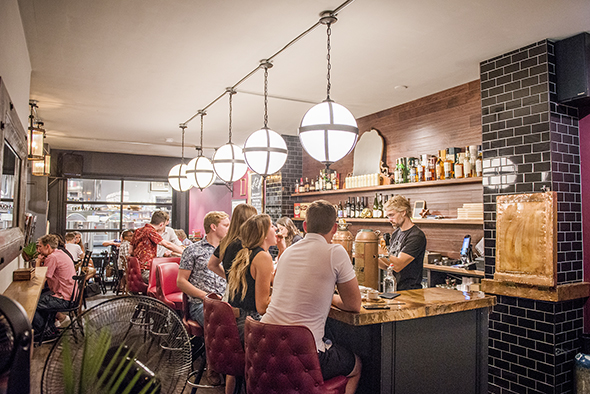 The interior is a tad cramped, but that adds to the cozy pub feel. A window emblazoned with the Radical Road logo lets in just enough light, and wood and copper throughout give the room an old-timey feel. Taps made from antique fire extinguishers were purchased down the road just a day before opening. 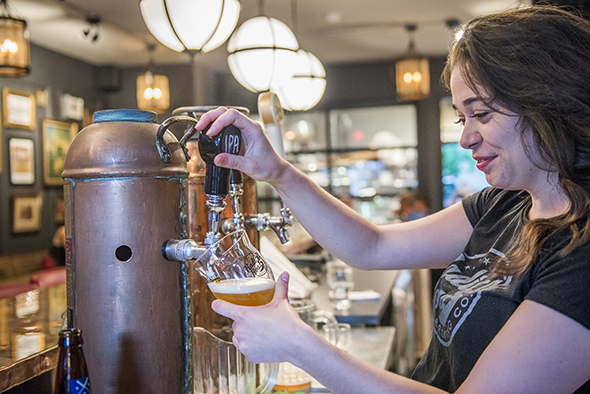 They have up to six craft beers on tap on a given day, but in that number might be lower during a crunch period. 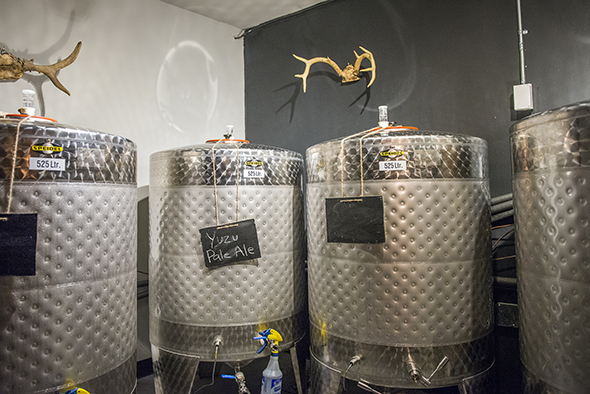 Their flagship brand is the California Common, historically a German table beer. They noticed a lot of porters, stouts and IPAs popping up, and wanted something more drinkable. It goes with everything with a malty toasty backbone and a zippy hop finish. 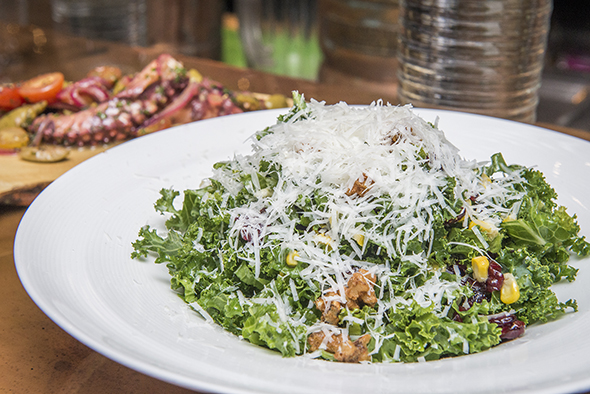 Despite the flexibility of the beverages, head chef Kyle McClure wanted to ensure all the food was compatible with a beer. He wanted to offer the standard kale salad ($13) that everyone does, but pack it full of as much fun stuff as possible. This version comes with sun-dried cranberries, sweet candied almonds, corn, wild honey dressing, and a ton of grated pecorino. 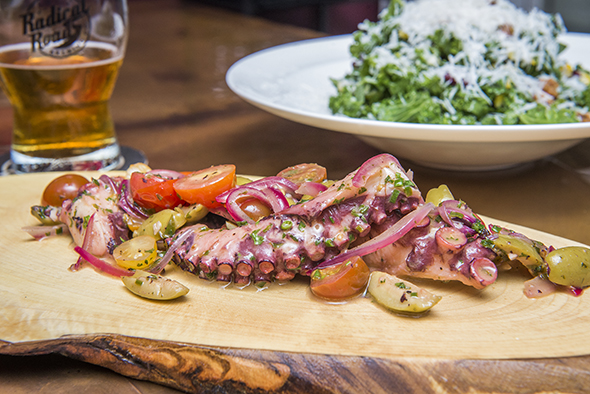 A salad that's a little more different is the warm octopus ($15). They simmer the octopus for about an hour and a half with herbs and aromatics then turn off the heat and let it sit in its own liquid for an hour. It's then heated up and reconstituted with shallots, garlic, and white wine, and plated with olives and tomatoes. 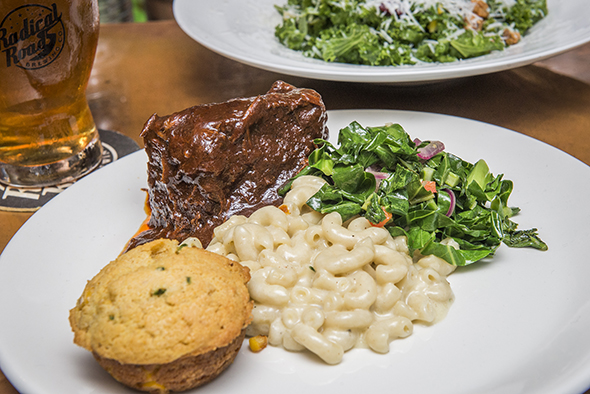 For a main we have BBQ braised beef ($19), a chuck flat braised for four and a half hours. It's seared in a pan which gets deglazed with coke, veal stock and mirepoix, and that liquid is then strained and reduced down into a bbq sauce. It comes with collard greens, fontina mac, and a jalapeno cornbread muffin. 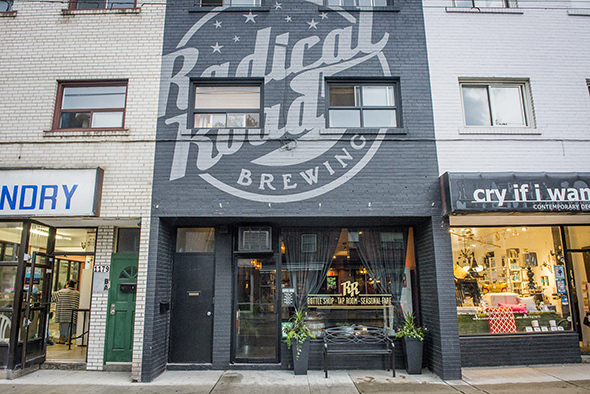