The Wicket can be found amongst a small strip of bars on Bloor between Dundas West and Keele just east of High Park. Previously a Latin American tapas restaurant called Latinada , it describes itself as "your neighbourhood watering hole," and indeed, it is an unpretentious, low-key spot.

Each of the pub's two floors can fit around 40, while a separate room on the second level that boasts a pool table, darts, pinball and flatscreens can be reserved for private parties of up to 30 people. 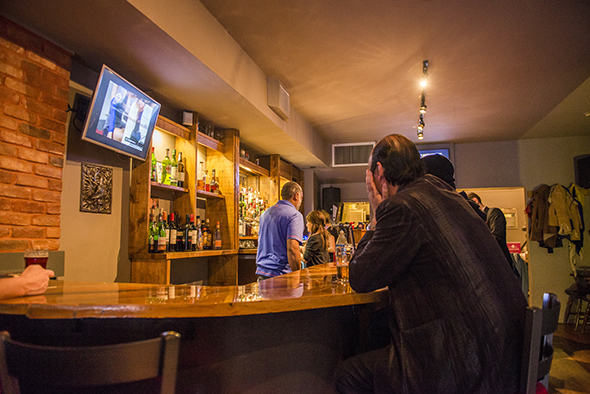 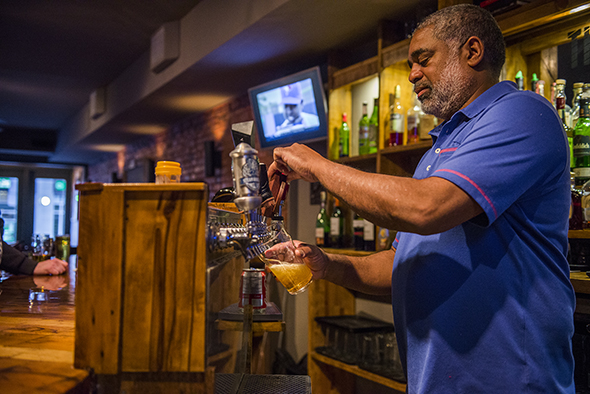 It's obvious owner Nigel Naimool is a veteran bartender; he develops an easy rapport with new patrons and appears to have some devoted regulars gathered around the bar when we visit. 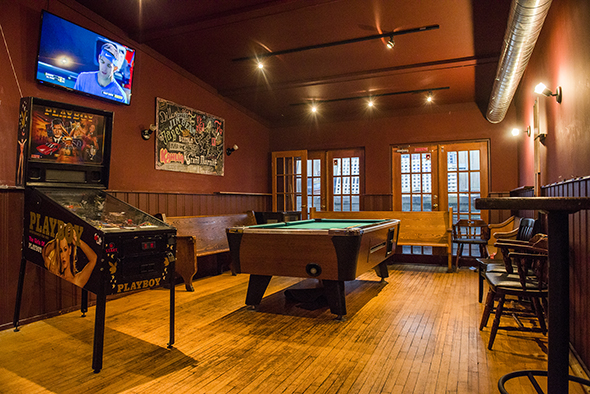 He named this spot - his first venture as a bar owner ("Everything just fell into place," he says) - as a nod to the former Sticky Wicket at Spadina and Bloor (now a Shoeless Joe's), which was one of his first bartending gigs years ago. Working at that pub clearly made a lasting impression with him.

Every day before 7pm (including weekends!), all taps are $1 off. A small selection of bottles (domestic, $5; imported, $6.25) plus tall cans of Brickworks cider ($8) are other options for brews. 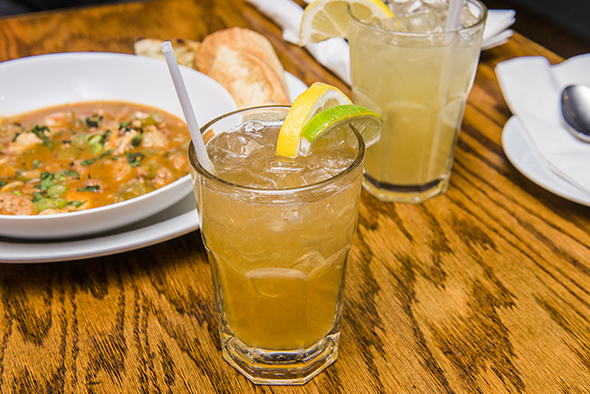 While beer is the main focus here, Naimool also recommends the house cocktails ($8.50 each with tax), a boozy rum punch and a potent bourbon sour.

As for food, the menu mostly consists of the expected pub grub, with burgers, wings and deep-fried stuff well represented, plus more comfort food mains like shepherd's pie and BBQ ribs. 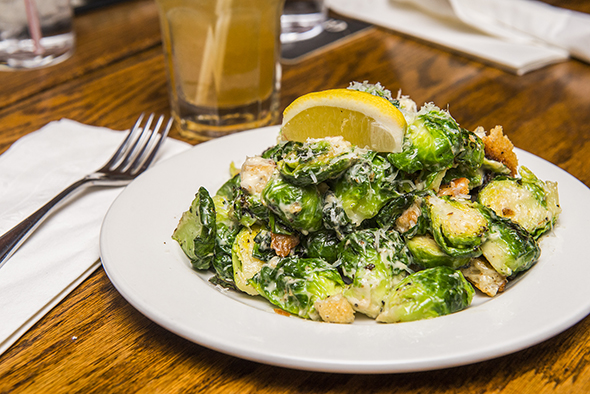 We start with a creamy Caesar salad ($9), comprising Brussels sprouts, purple kale, pork belly, croutons and Parmesan. The pork belly is definitely an upgrade from bacon bits in my book. 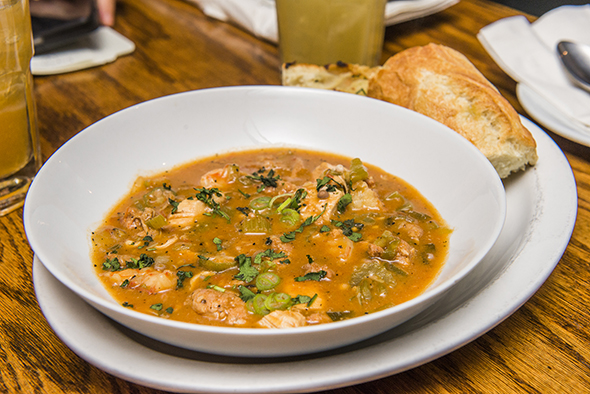 Next we try the gumbo ($10) with shrimp, chicken and Andouille sausage. It emits an enticing aroma upon arrival and doesn't disappoint when tasted either. The combo of celery, bell pepper, onions, tomato and okra give it a satisfying flavour and texture, and the toasted baguette that accompanies it makes for a nice gumbo-dipping vehicle.

For our main, my dining companion and I split the Southern fried chicken dinner ($15), which comes with peppery mashed potatoes, rosemary chicken gravy and collard greens. The crispy buttermilk batter covering the two large pieces of chicken contains Frank's Red Hot in it to give it some zing.

While every component is tasty, I find the whole plate a touch too salty for me. My friend, however, who clearly has a higher salt tolerance than me, enjoys the entire thing as is. 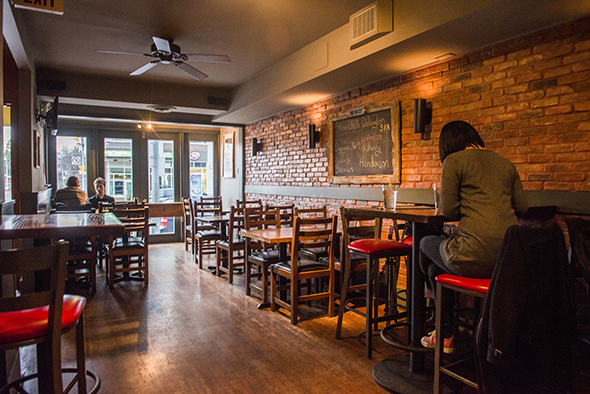 Naimool tells us we have to come back on a Saturday to try their steak sammy special ($15, with fries and a pint), which sounds like a pretty good deal. I'll keep it in mind the next time I'm in the area. 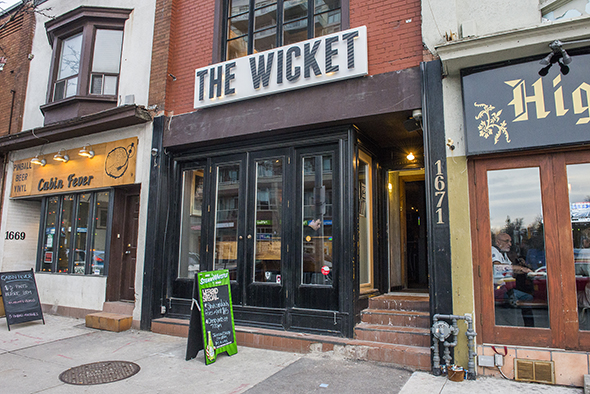 The Best Shepherd's Pie in Toronto