Kanji has come to Parkdale to fill the neighbourhood's relative sushi void. Occupying a former discount/grocery store, Kanji is the child of restaurateur Rob Banton of Nyood . The old stone building has been modernized by the team behind SpiN , with dark walls and wood fixtures. Billed also as a cocktail and sake bar, it's aiming for the sweet spot between classy dinner joint and a place for after-work drinks.

The cocktails are all based on Japanese liqueur or sake. I had the Ukiyo ($10), a combination of tequila and lychee that blew me away. I'd have never imagined them together, but they blend perfectly without being overly boozy. 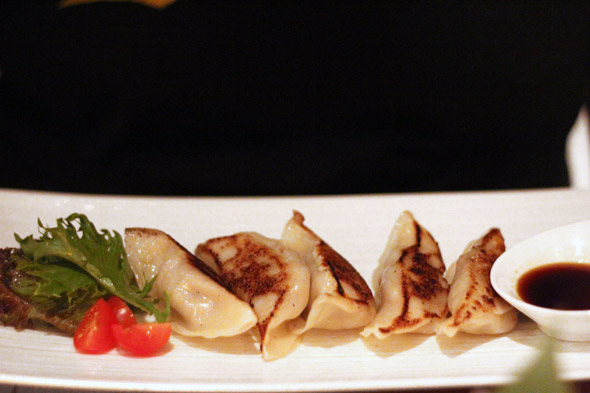 We started with Gyoza ($7), made with seasoned beef instead of the typical pork. They were meaty and unique - it was almost a crime to dip them into the vinegary sauce. The meat substitution kept the dish satisfyingly familiar, but different enough to be memorable. 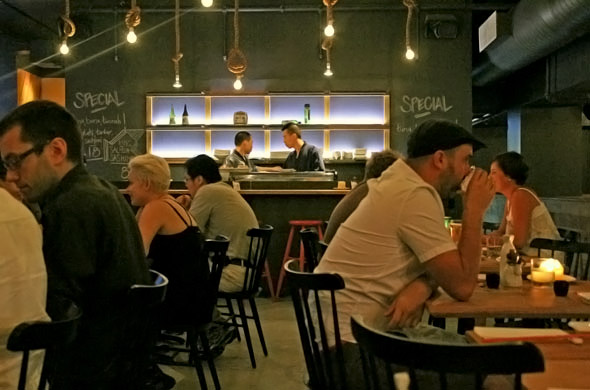 I'd heard great things about the Crazy Tuna Roll ($13, lead image) so while others looked interesting - shrimp tempura with mango, and salmon with tuna and asparagus, to name a few - I had to see how it held up to the hype. Avocado and crunchy spicy tuna were surrounded by tuna steak and crispy leek. The pieces held together while we dragged them through wasabi mayo and cilantro sauce. It was easily our favourite thing on the table. 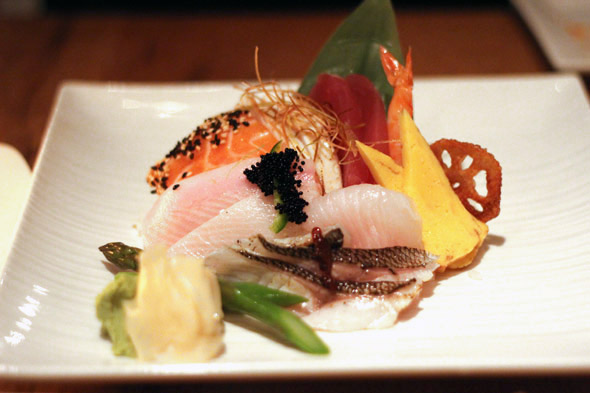 The Chirashi Sushi ($17) we had next was put together well but overshadowed by the Crazy Tuna. It's an elegant take on chirashizushi, and served more like a sashimi sampler artfully arranged over rice and shredded daikon. It was a great assortment of the chef's choice, but a bit sedate and could have benefited from a touch of the inventiveness we'd seen in earlier dishes.

Fusion fun came in the form of the Sushi Tortilla ($10). Sliced tortilla was layered with slivers of tuna and salmon and topped with diced tomato, onion and jalapeno slices. On the whole it tasted pretty great, but the tortilla was too soft. The whole thing became mushy as it sat on the plate. If the tortilla was toasted first I think it would hold together better, and frankly, I don't know if it works beyond the novelty factor. 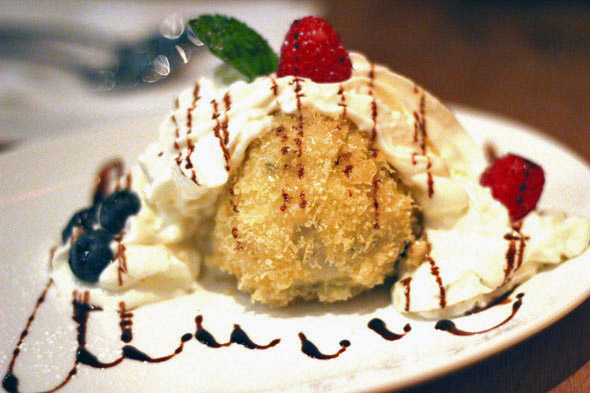 For dessert they offer deep fried ice cream ($8), in either green tea or black sesame varieties. It's a great serving size for two people to share. We demolished it pretty quickly, so even though the fried coating was a bit thick to cut through, it held up. It was a strong finish, and even though the plates weren't too large, it was an altogether reasonable amount of food for the prices.

Service was speedy and polite, and the atmosphere was chic while still feeling comfortable; even with the music pumping we could still hear each other talk. They don't take reservations, but it's a big dining space with a separate bar, so getting a table on a Saturday wasn't hard (for now). This place already has a fair amount of buzz and the quality to back it up, and it looks to be around for the long haul. 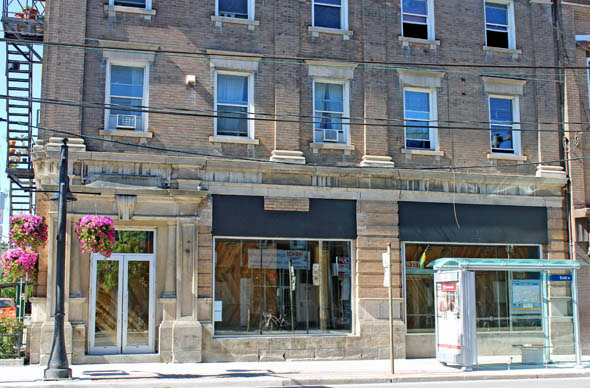