Luwei refers to a unique method of slow cooking a very complex broth, which is then filled with your choice of a huge variety of over thirty ingredients. “Hoja” translates to “delicious.” 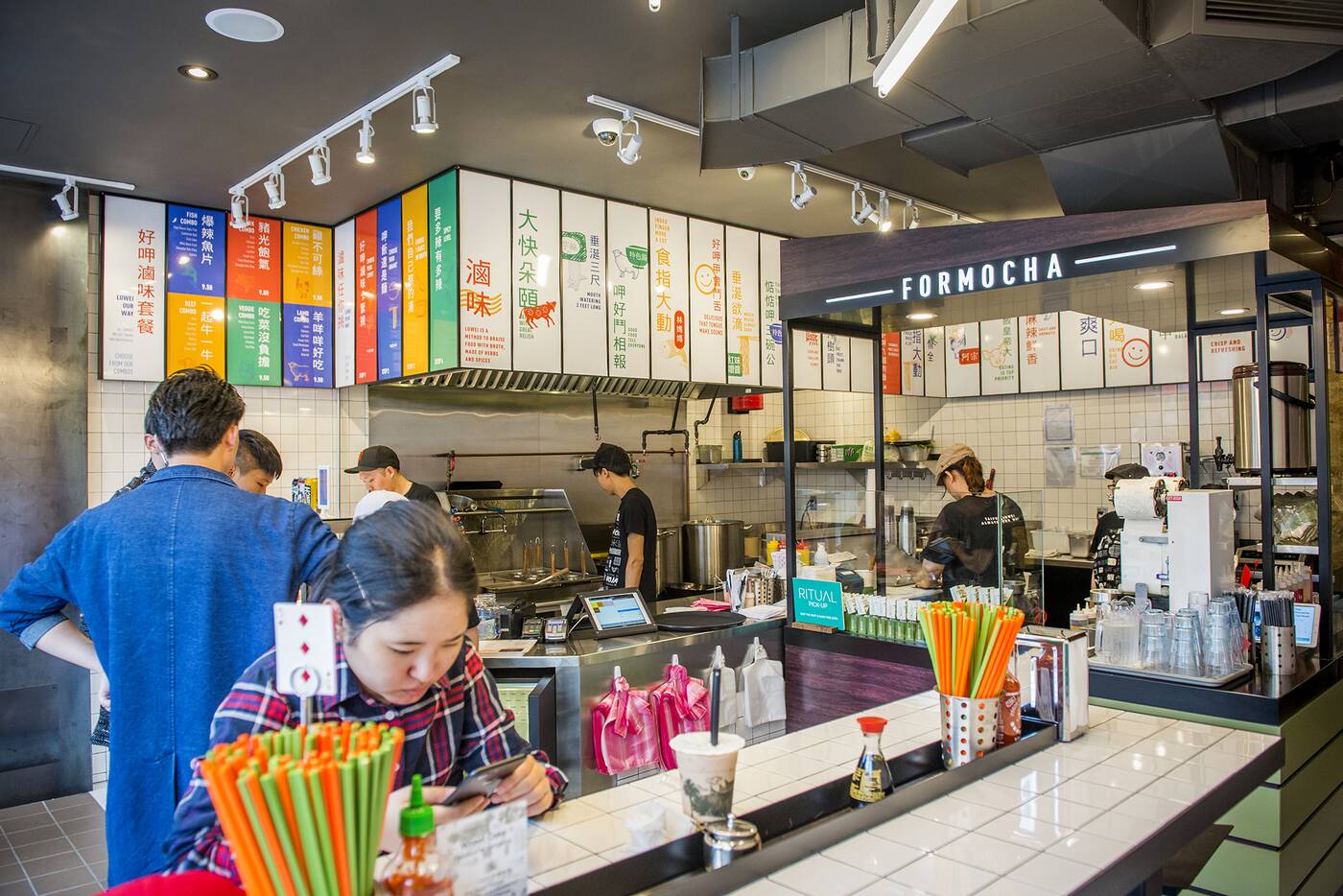 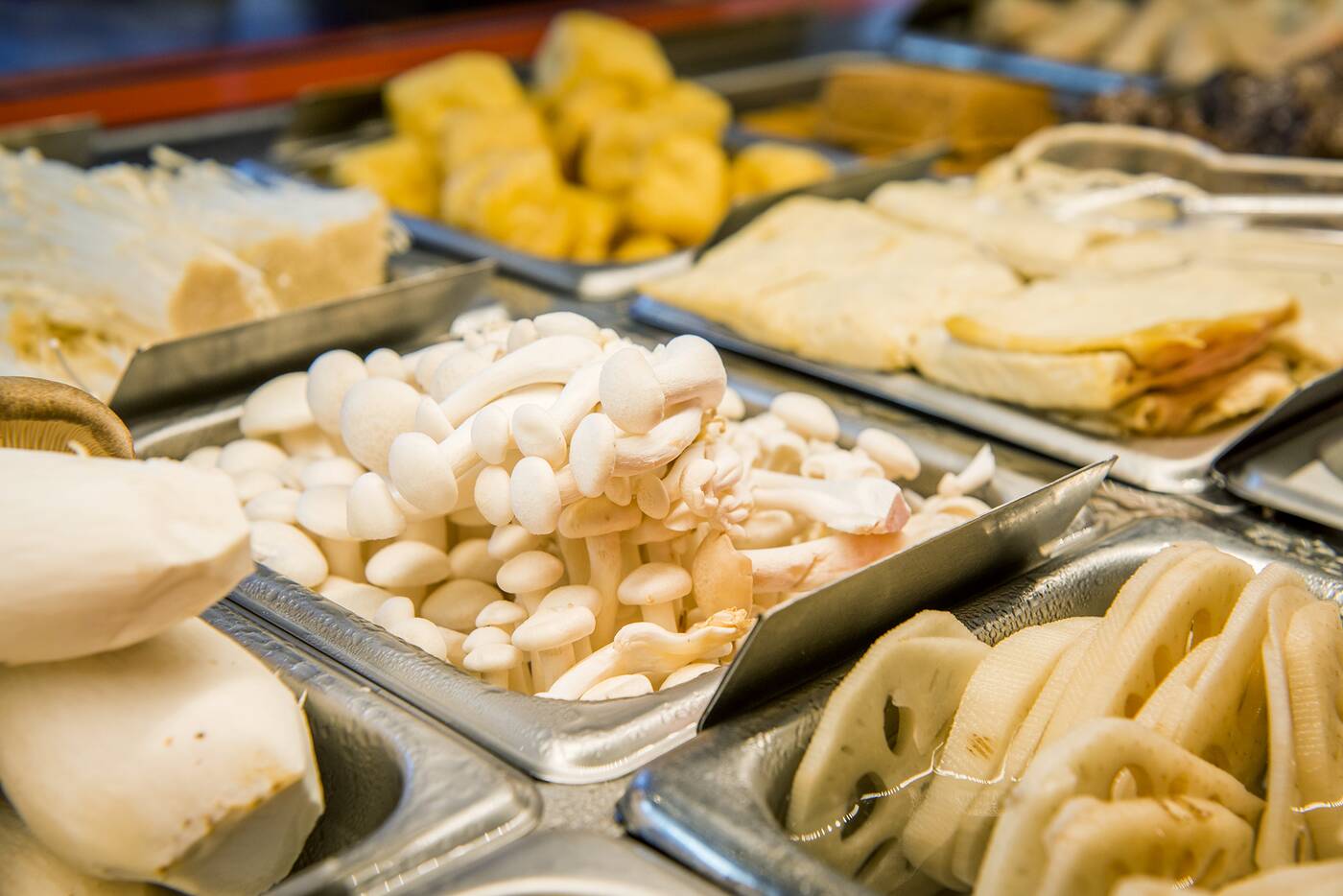 Start by filling out a dim-sum-esque form listing choices of ingredients, grains, broth or sauce, and spiciness levels. 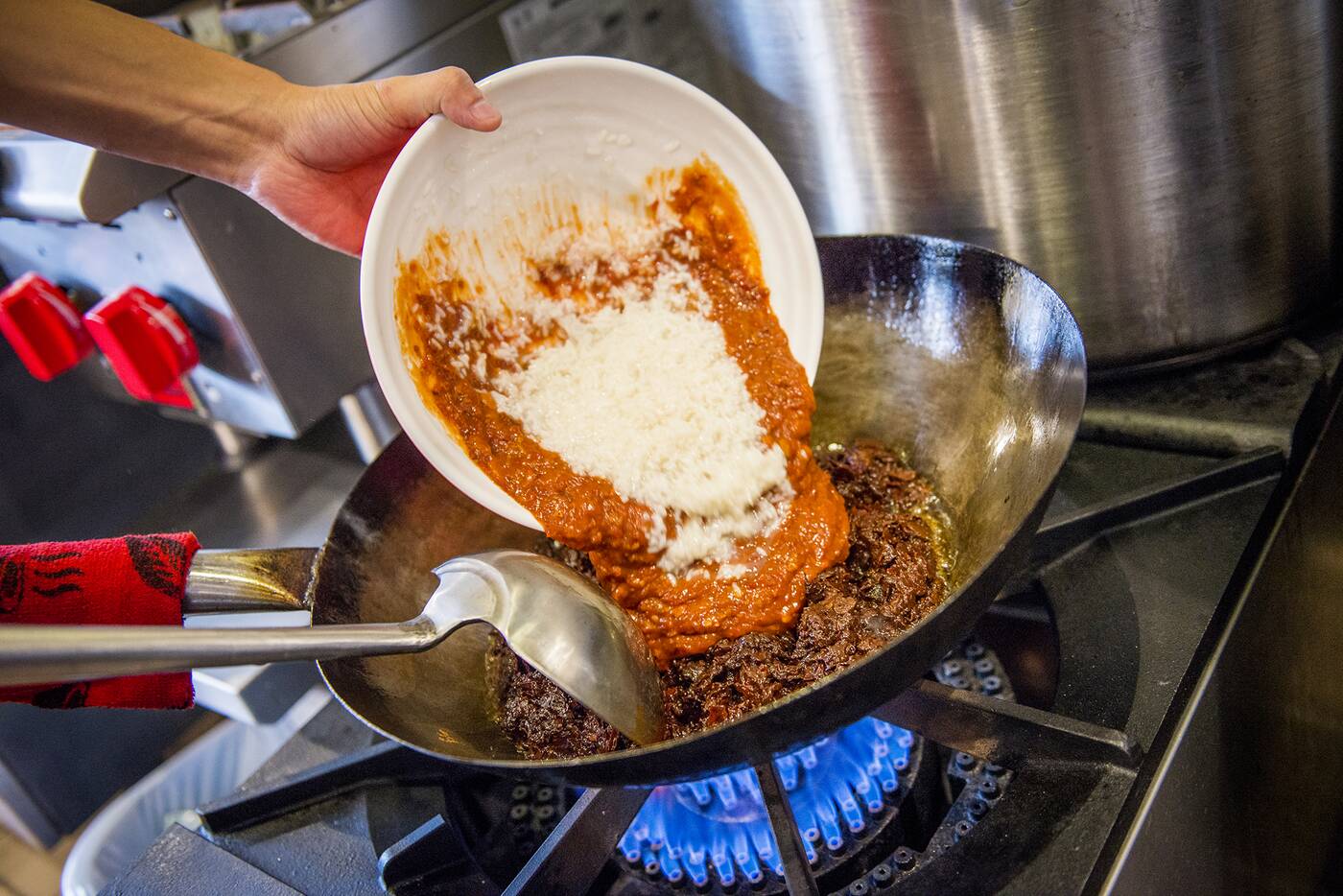 The other half of this cuisine’s foundation is a chicken and pork bone broth that’s been pre-cooking for seven hours, a unique recipe of over twenty components of Chinese medicinal herbs and spices, many imported from Taiwan, like peppercorns, chili flakes, and orange peel. 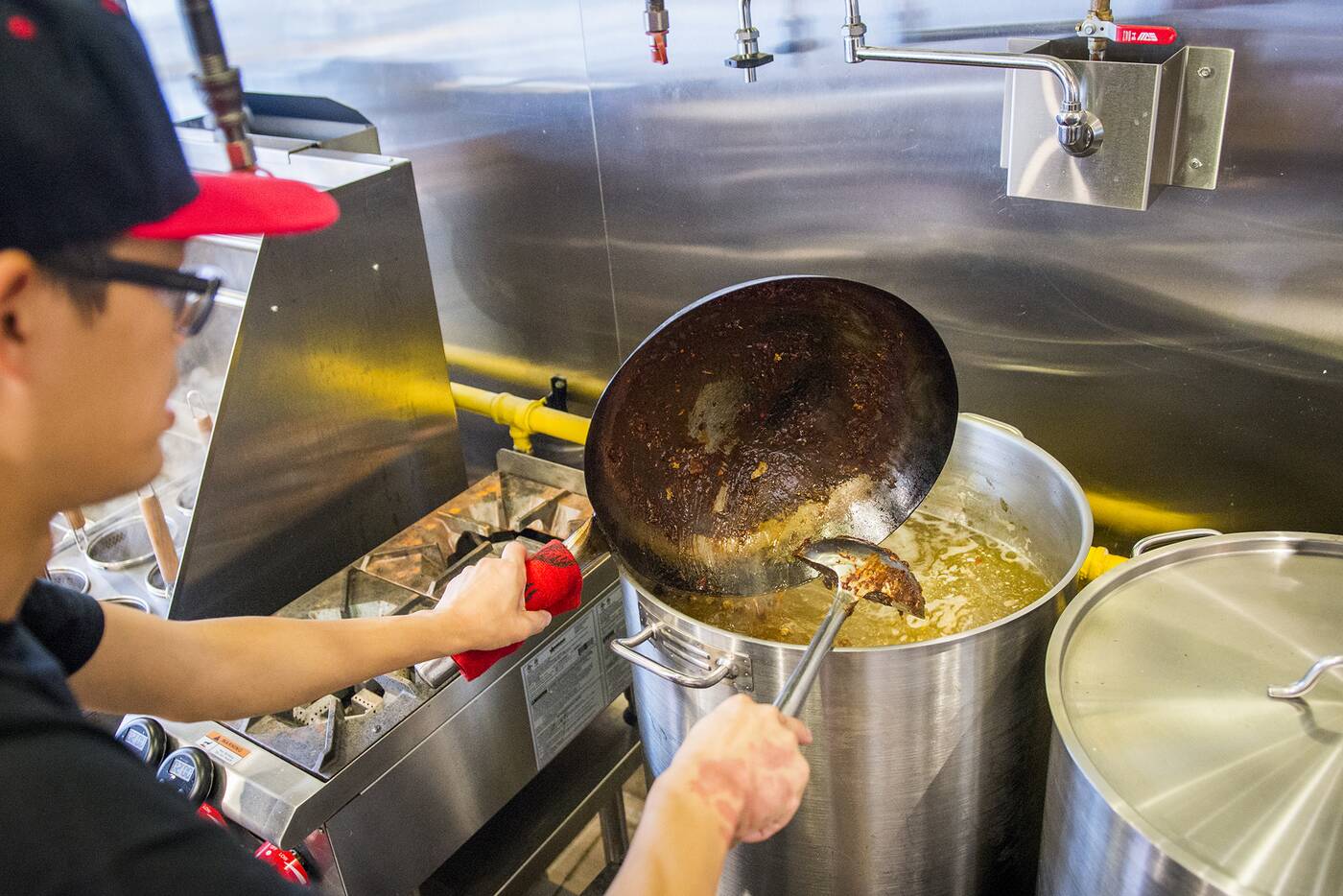 Herbs, chili and soy paste are stir fried in a wok, with two types of bean paste and a thick rice pudding added. This mixture then goes in the broth, which continues cooking for another two hours to meld the flavours. 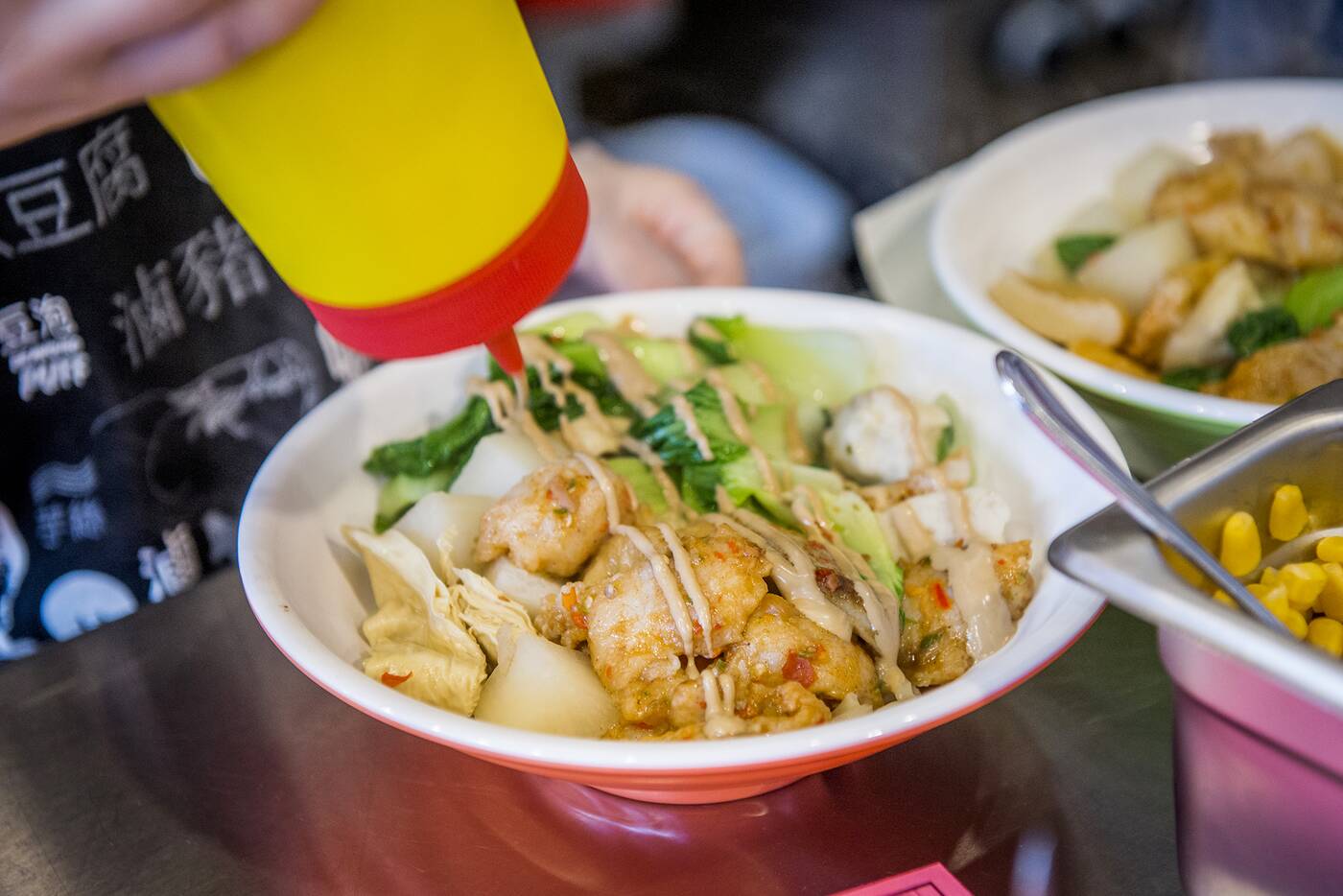 That’s not necessarily to say that you have to have your bowl with broth: this menu is so customizable you could have one veggie if you really wanted, or load up your bowl with as much as it can hold. 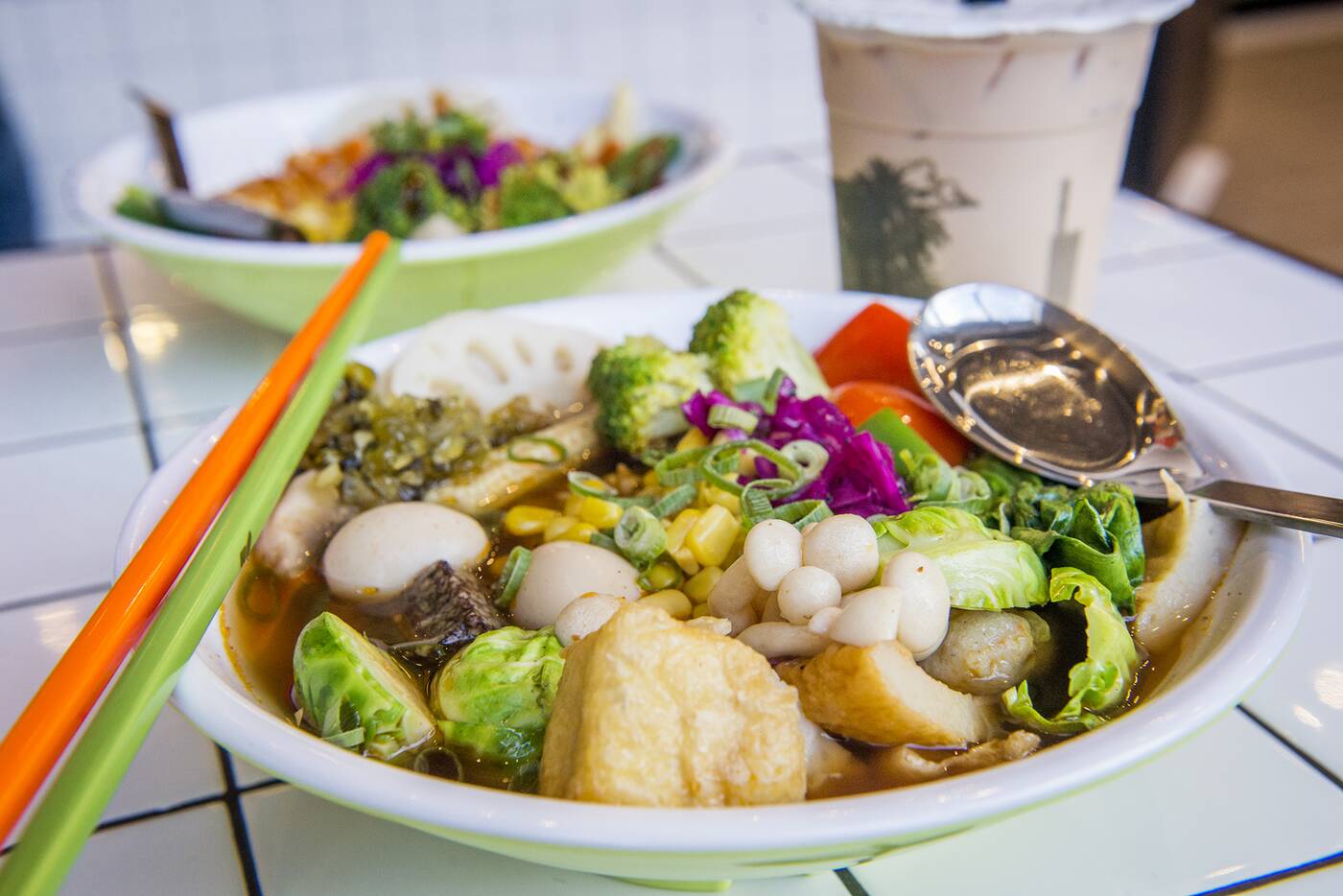 Similarly, you could choose to have a bowl with just broth or sauce and no grains at all. Such is the case with this custom bowl filled with pork rice cake, brussels sprouts ($2), enoki mushroom, broccoli ($1.50), and bean curd puff and fish cake ($1). All are typically topped with complimentary korn, Taiwanese relish, and cabbage. 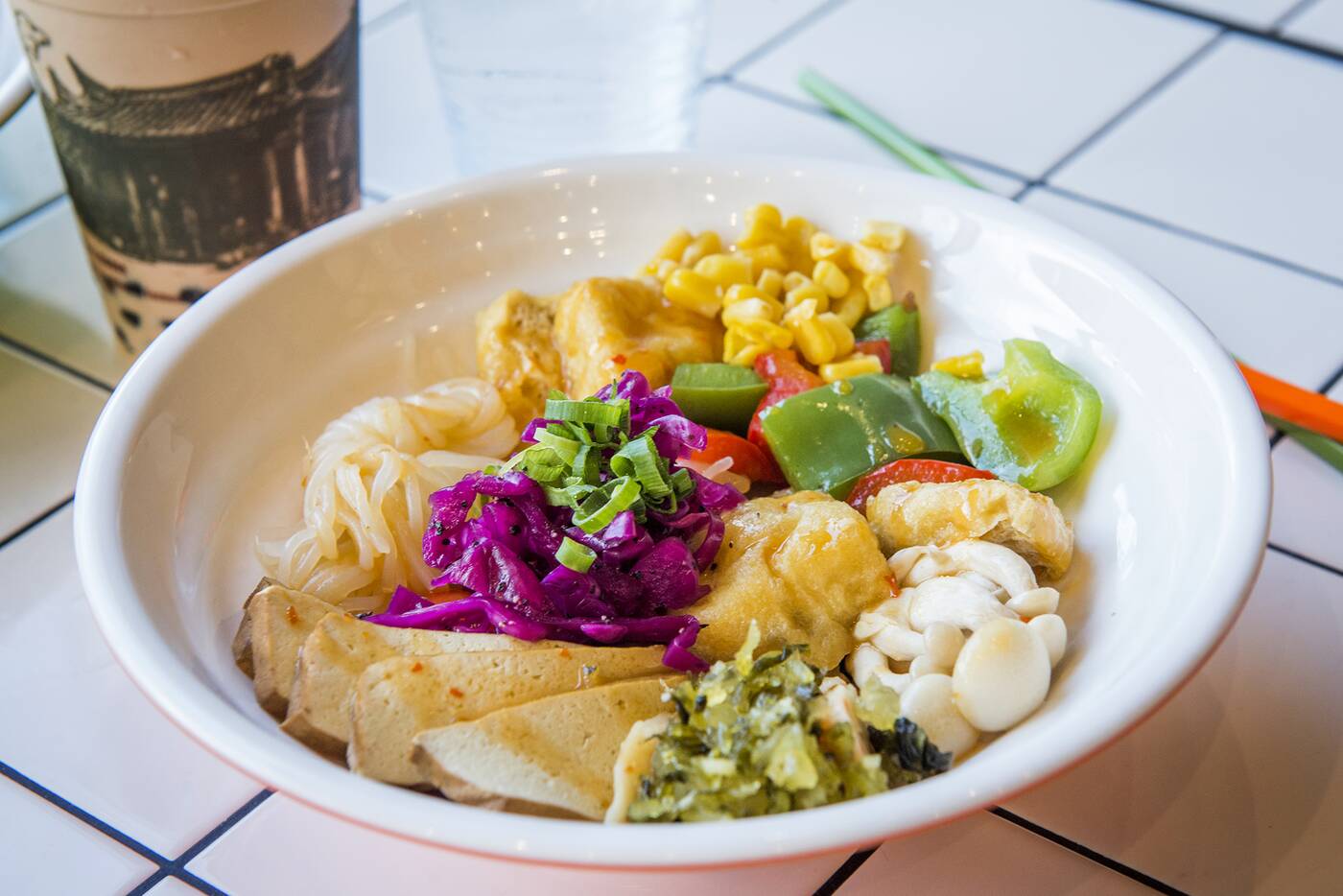 Pre-made combos are $9.50, but your own creation will probably end up being more like $10 or $11 to go all out. This bowl has no grains or broth but has been sauced with their sweet chili soy “simple sauce,” and is packed with some less well known but wondrous ingredients like konyaku ($1) and lu tofu ($2). 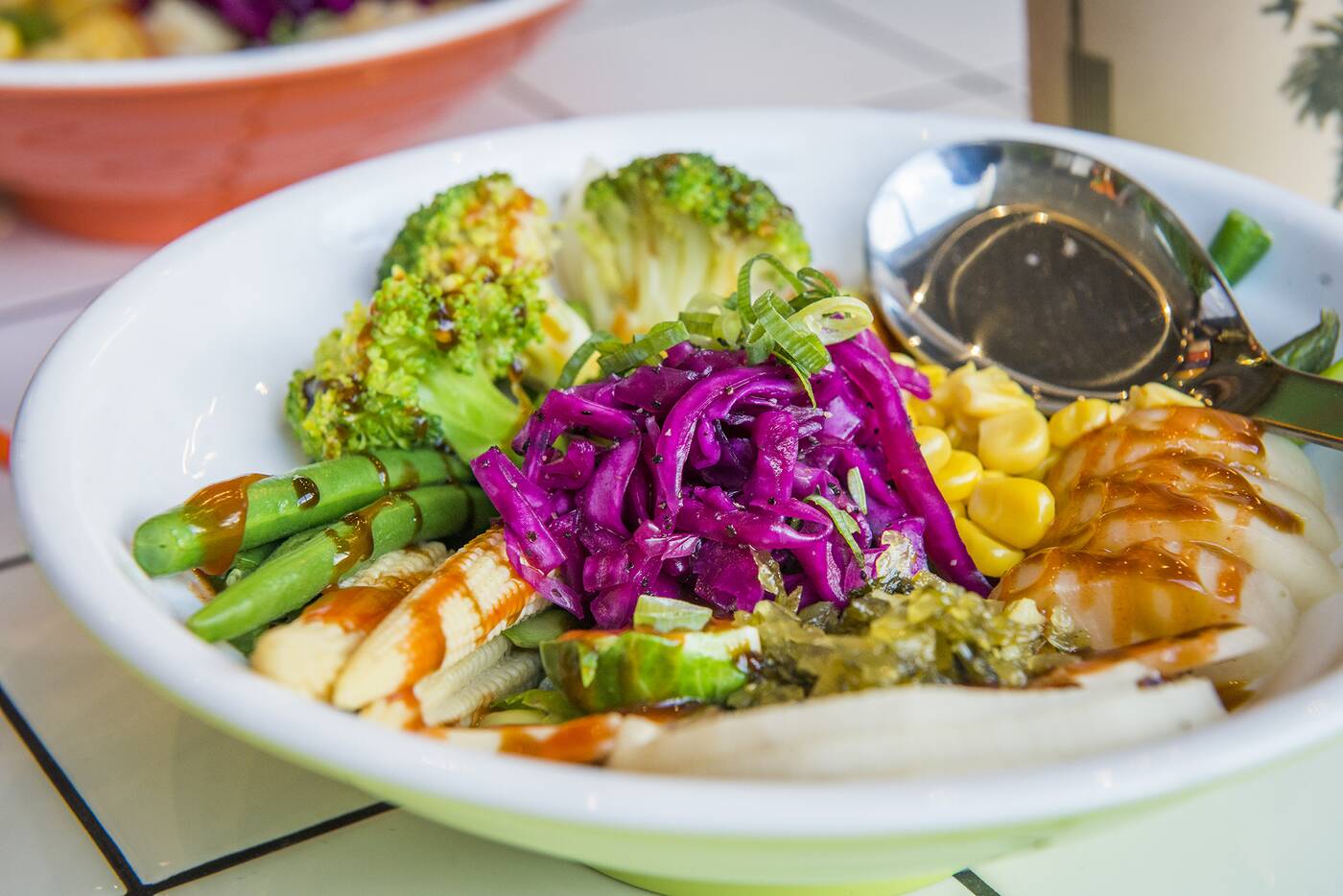 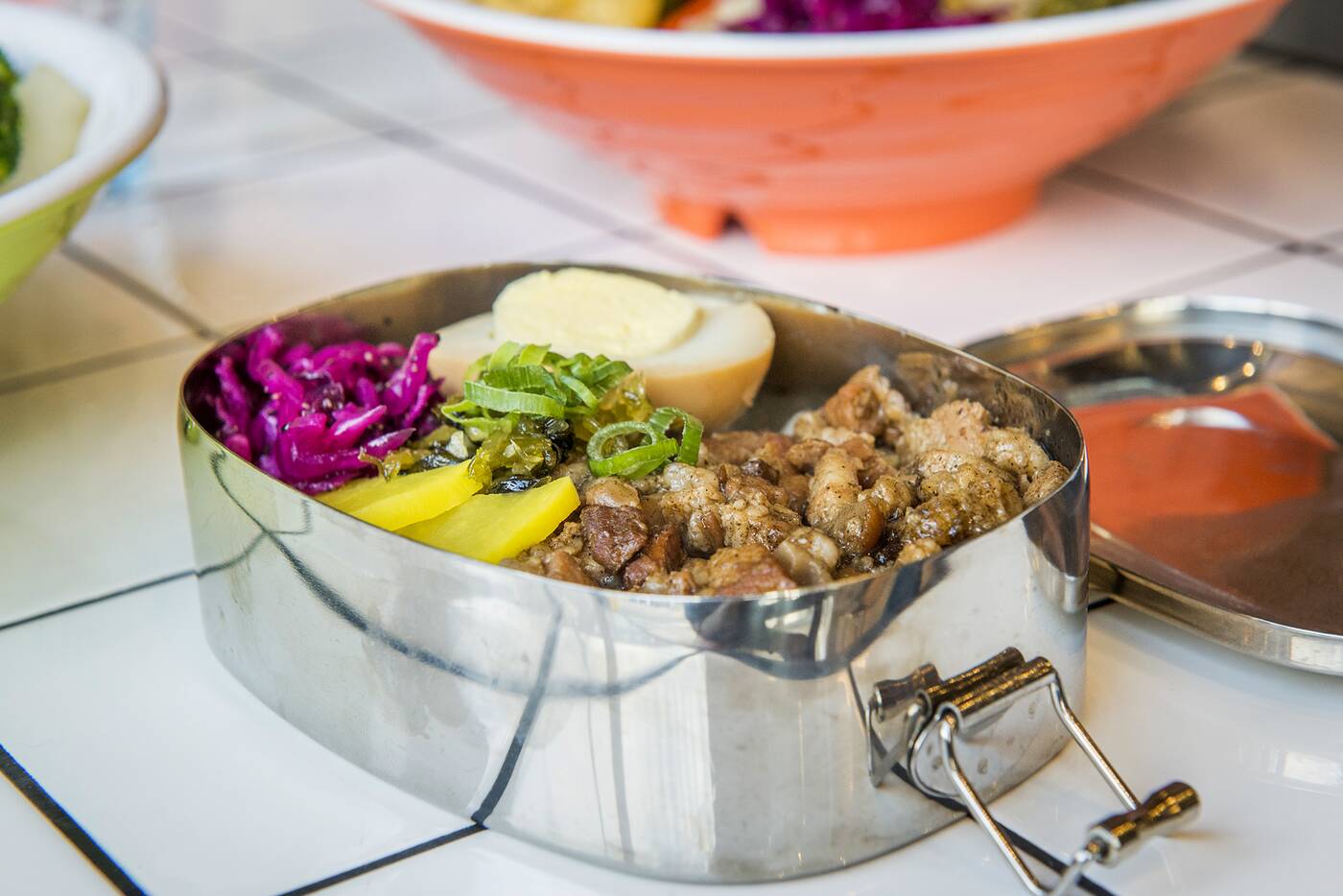 A semi-hidden “secret menu” on an orange panel includes dishes like minced pork with seasoned egg and rice ($4) served in a Taiwanese lunch tin. 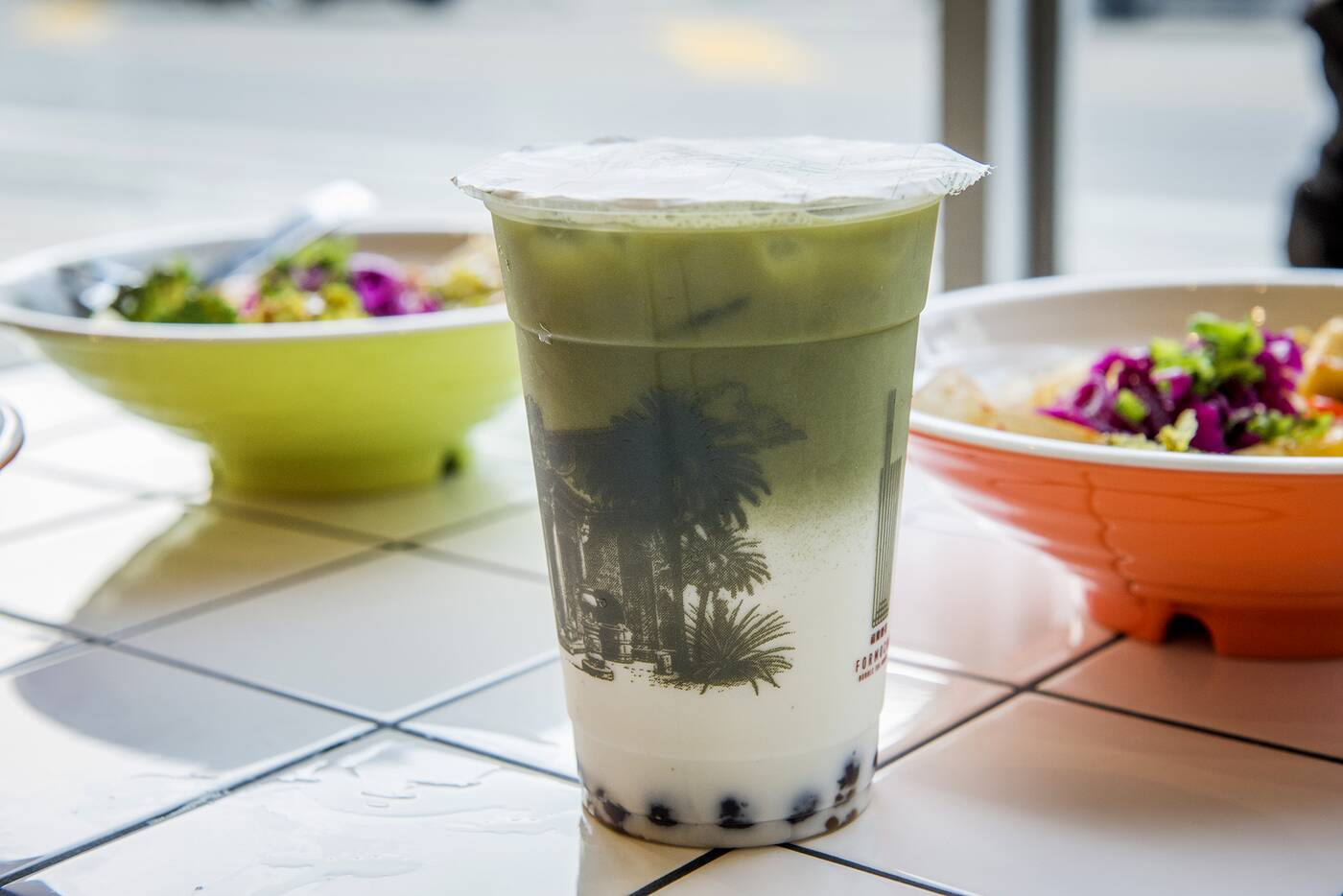 FormoCha does matcha latte bubble teas ($5), and this place is licensed. 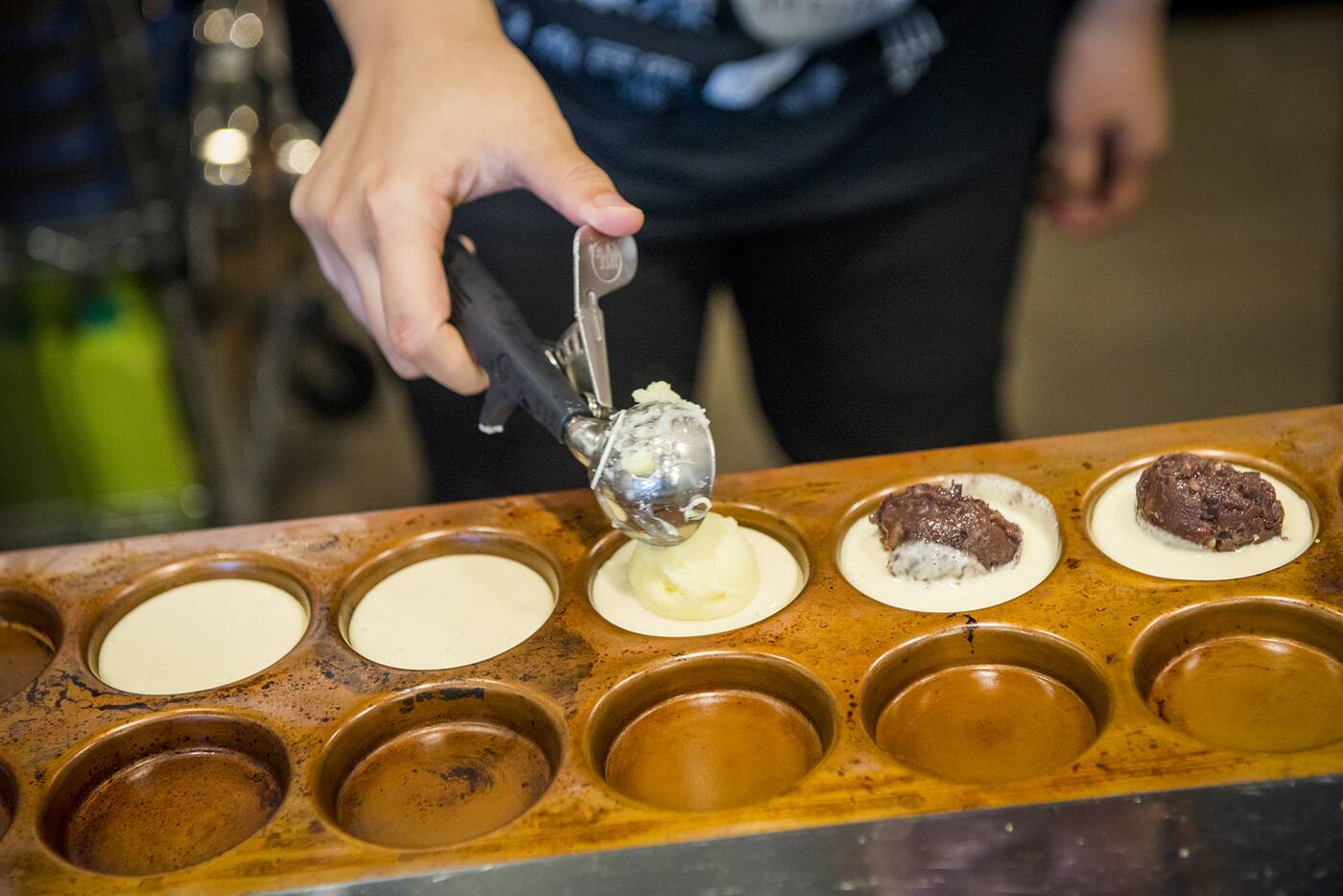 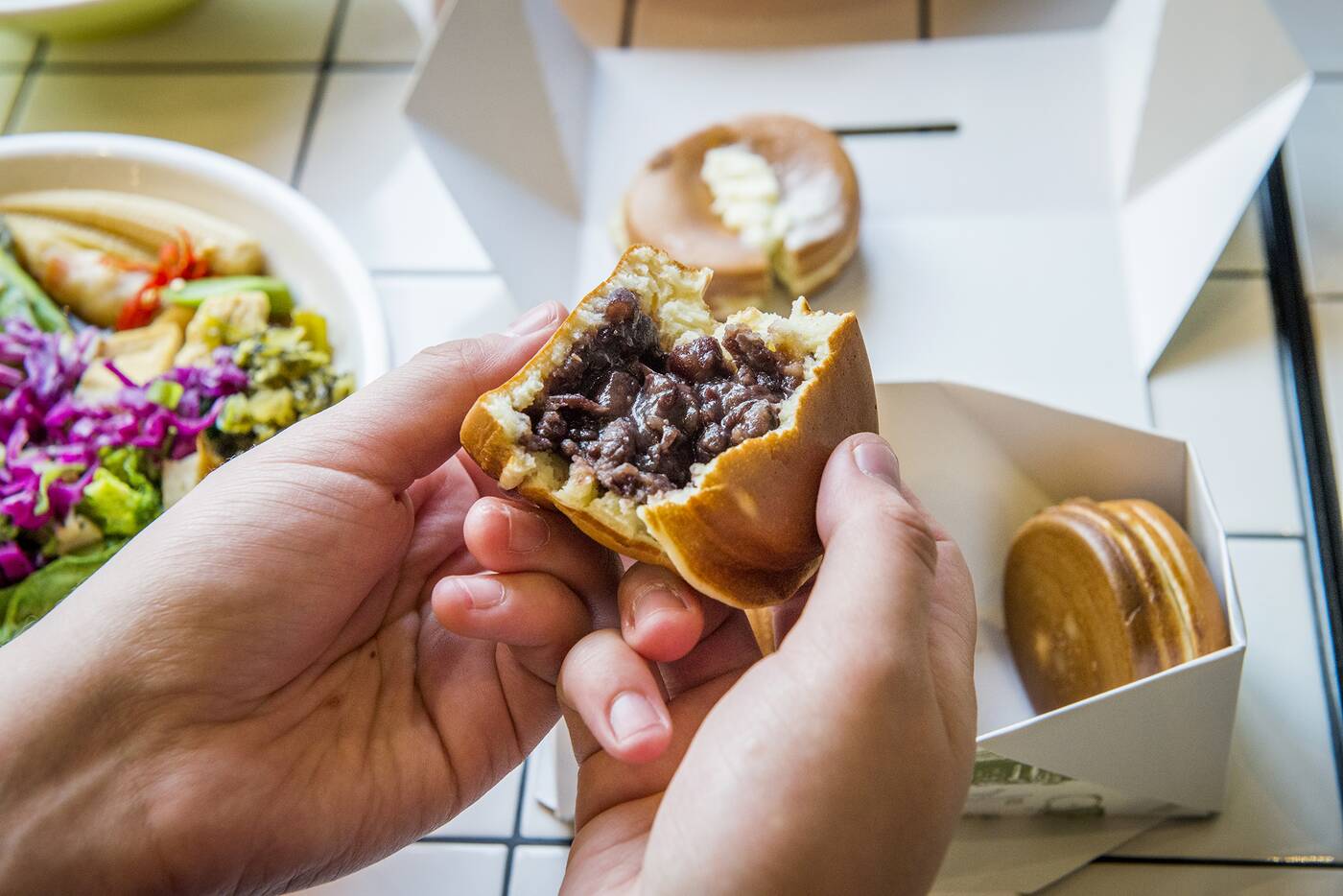 We try a creamy, rich cheese cake flavour as well as a more classic red bean. 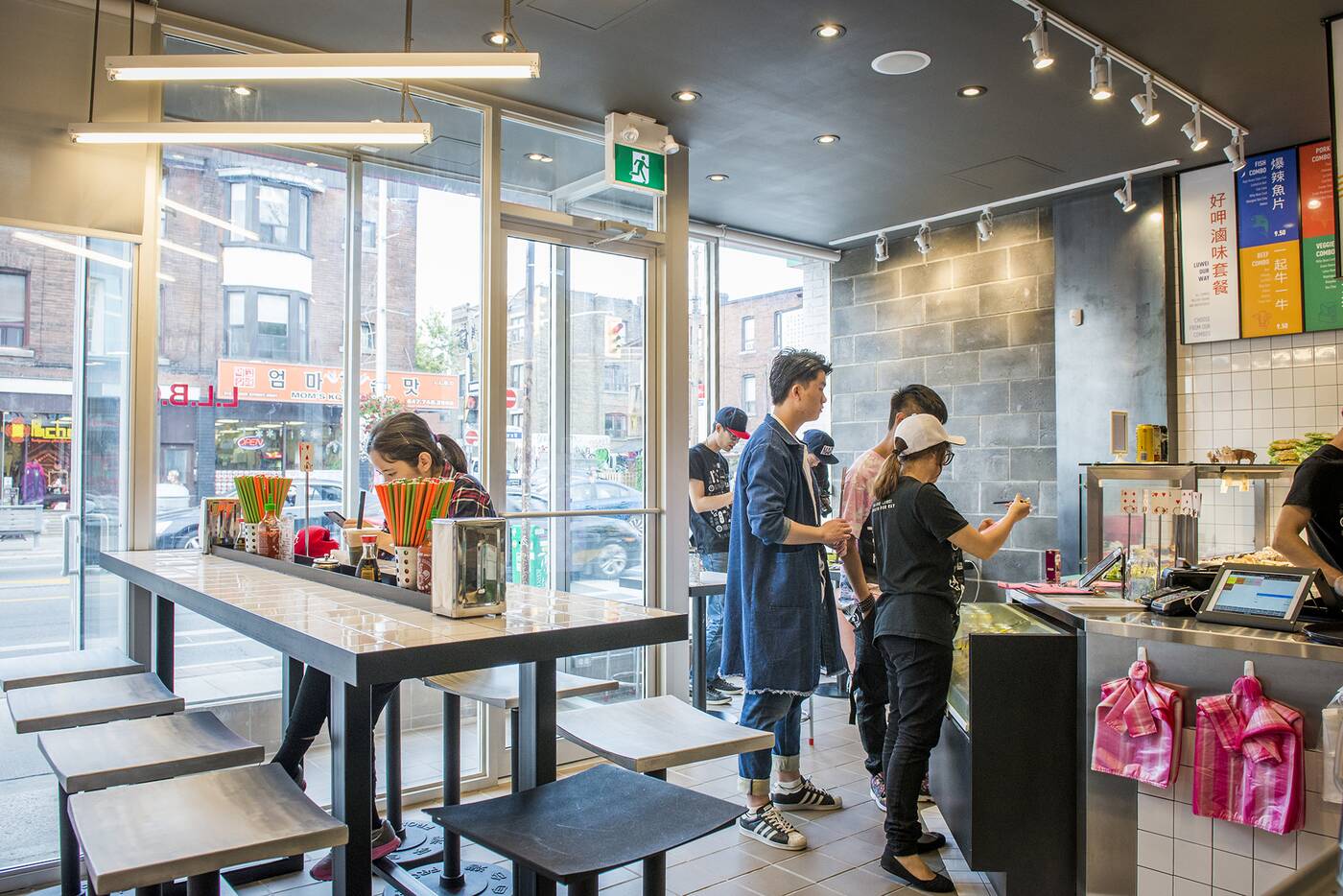 The twenty-seat space that used to house an Umji was designed by Quintessential Co. with branding and graphics by Arc & Co. 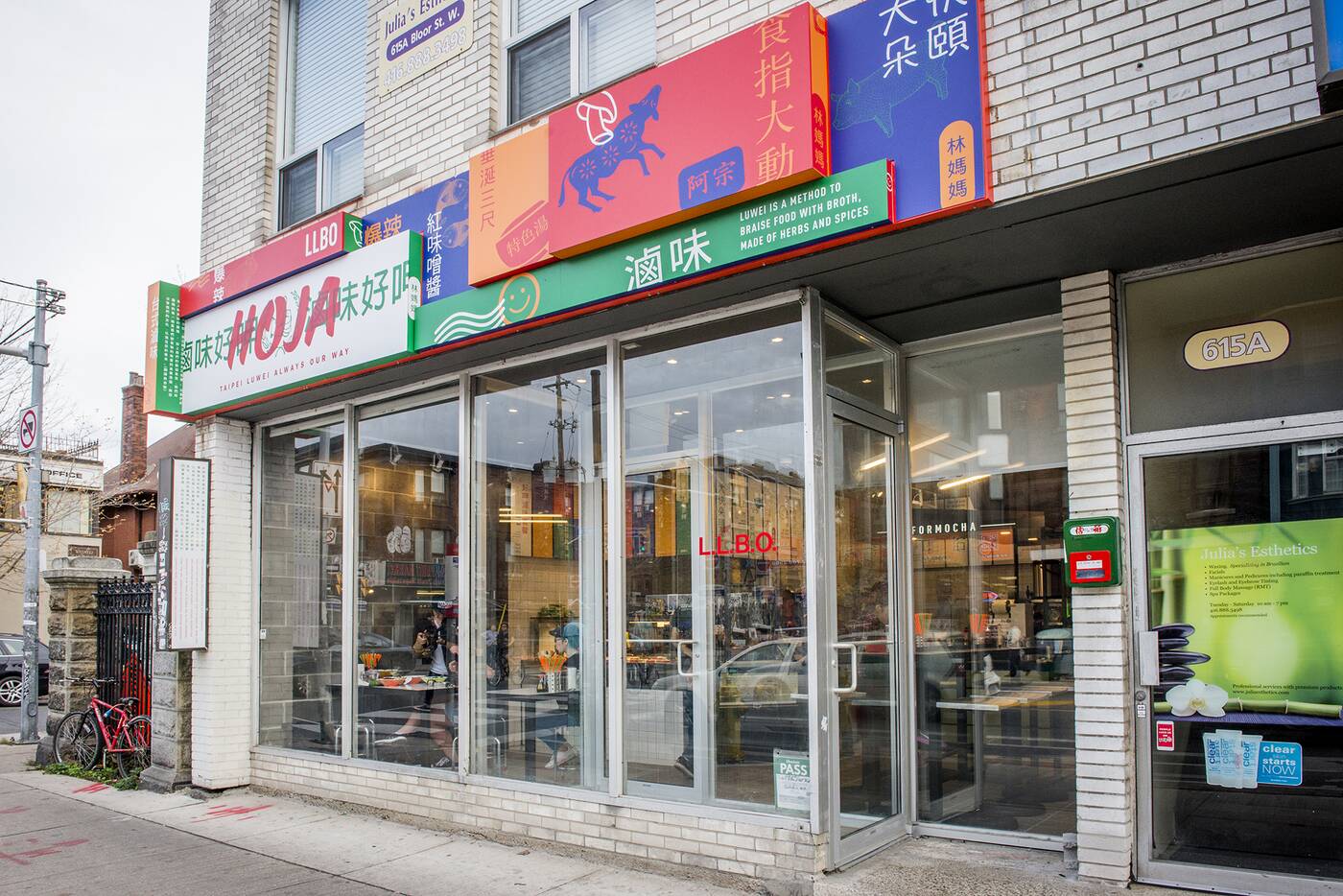