Good Behaviour ice cream is a shop born from several months of trial-and-error before Eric Chow and Michael Lam truly learned the science behind an ice cream flavour.

Using an ice cream machine in the basement of Sunny's Chinese Restaurant, Chow and Lam developed their style of layering texture, colour and flavour to produce their custard-based ice cream at Good Behaviour.

Unlike most ice cream that use milk powder, egg-yolks are used inside of Good Behaviour's ice cream which makes the consistency more creamy and less icy. 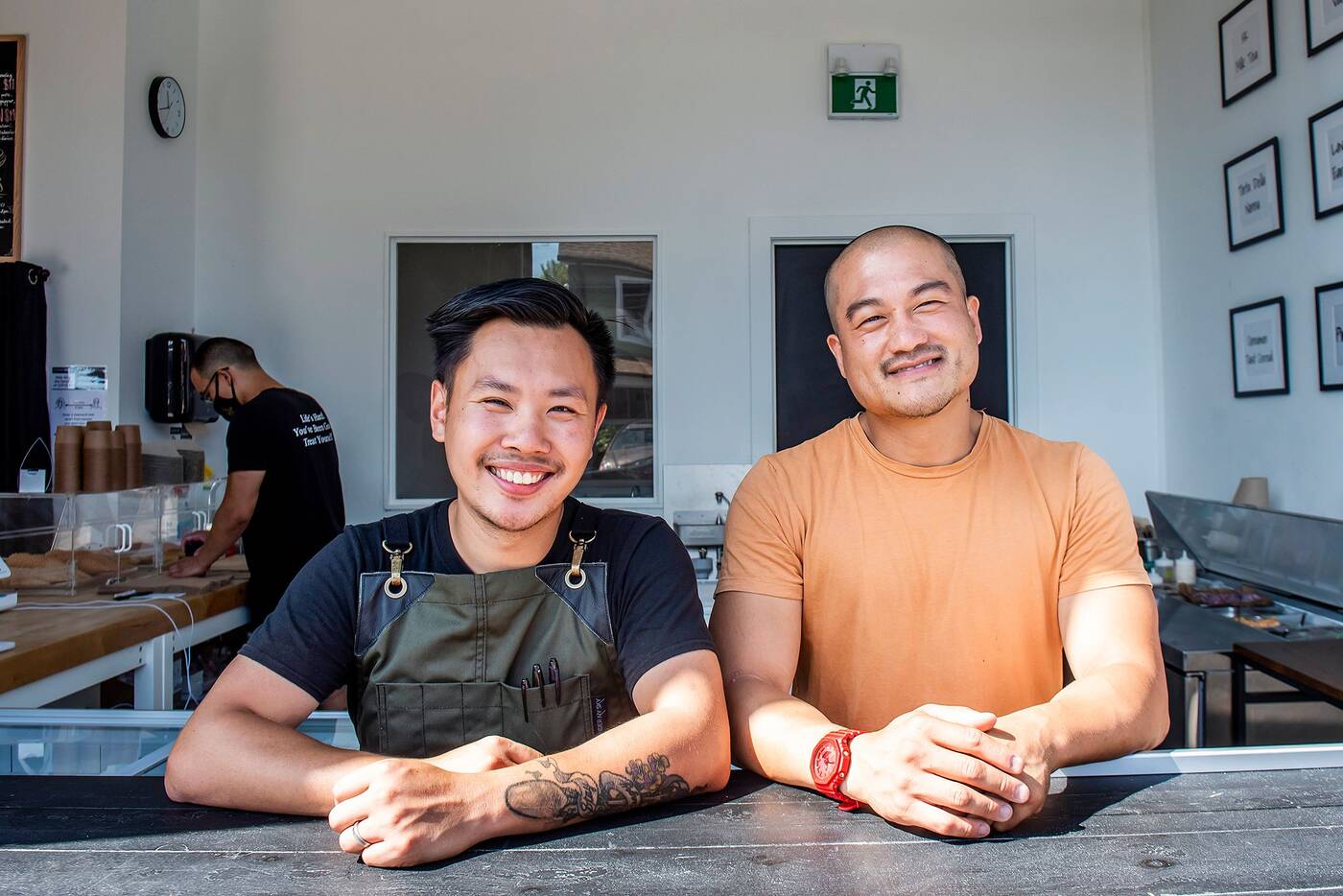 The idea for the business came after the pandemic hit, Chow and Lam noticed other restaurants in the city were gearing their menus towards comfort food.

They thought of dessert-inspired ice cream flavours as offering the same type of solace to people in very uncertain times.

This is not like Ben and Jerry's, where you find yourself using your spoon to search for the good bits inside the ice cream. 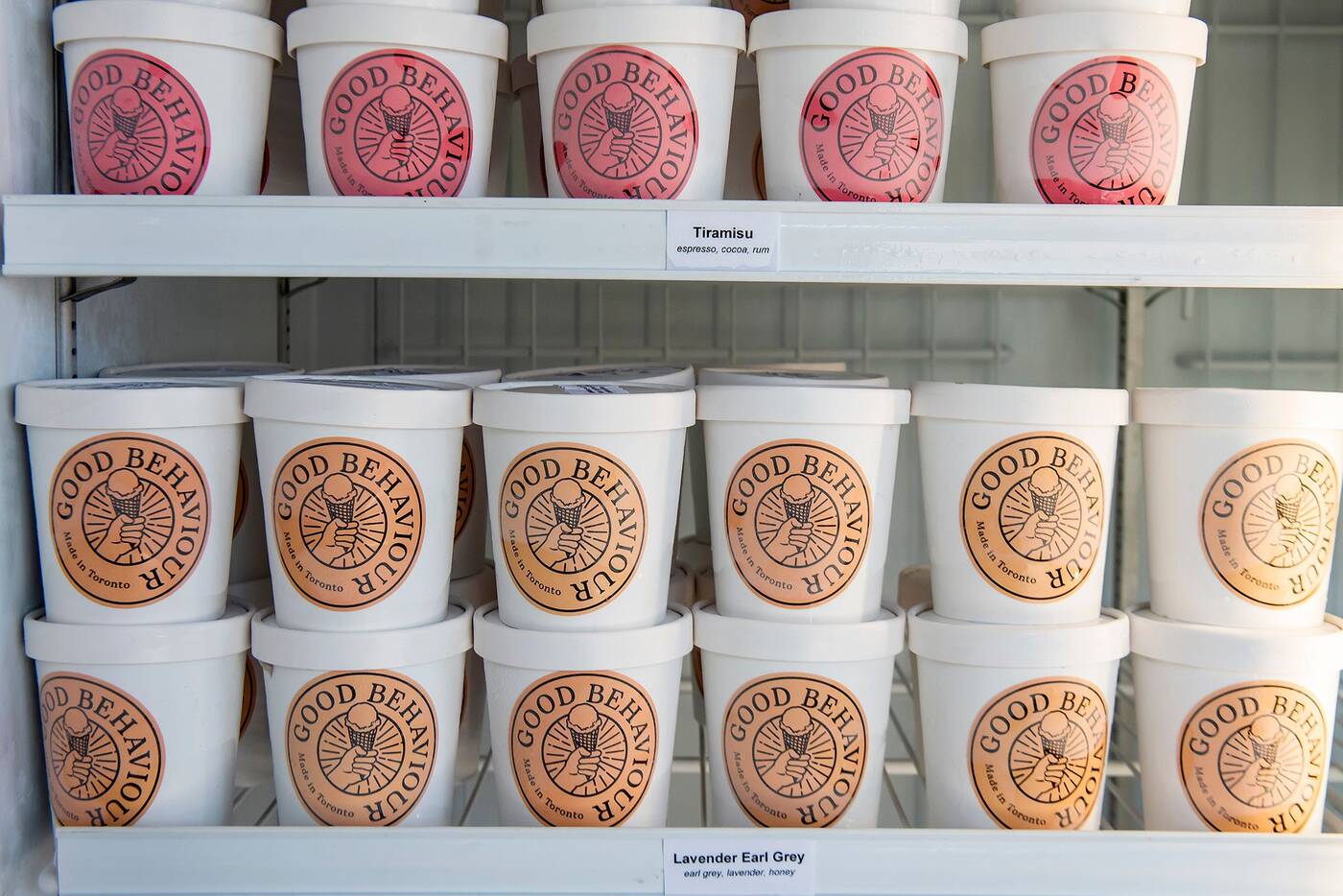 Good Behaviour ice cream has dimension, every lick or bite you take encompasses the entire flavour.

Their most popular flavour called the Torta Della Nonna smells like the air of an Italian bakery in the morning. It's humming with notes of lemon cream, ricotta cheese and almonds. 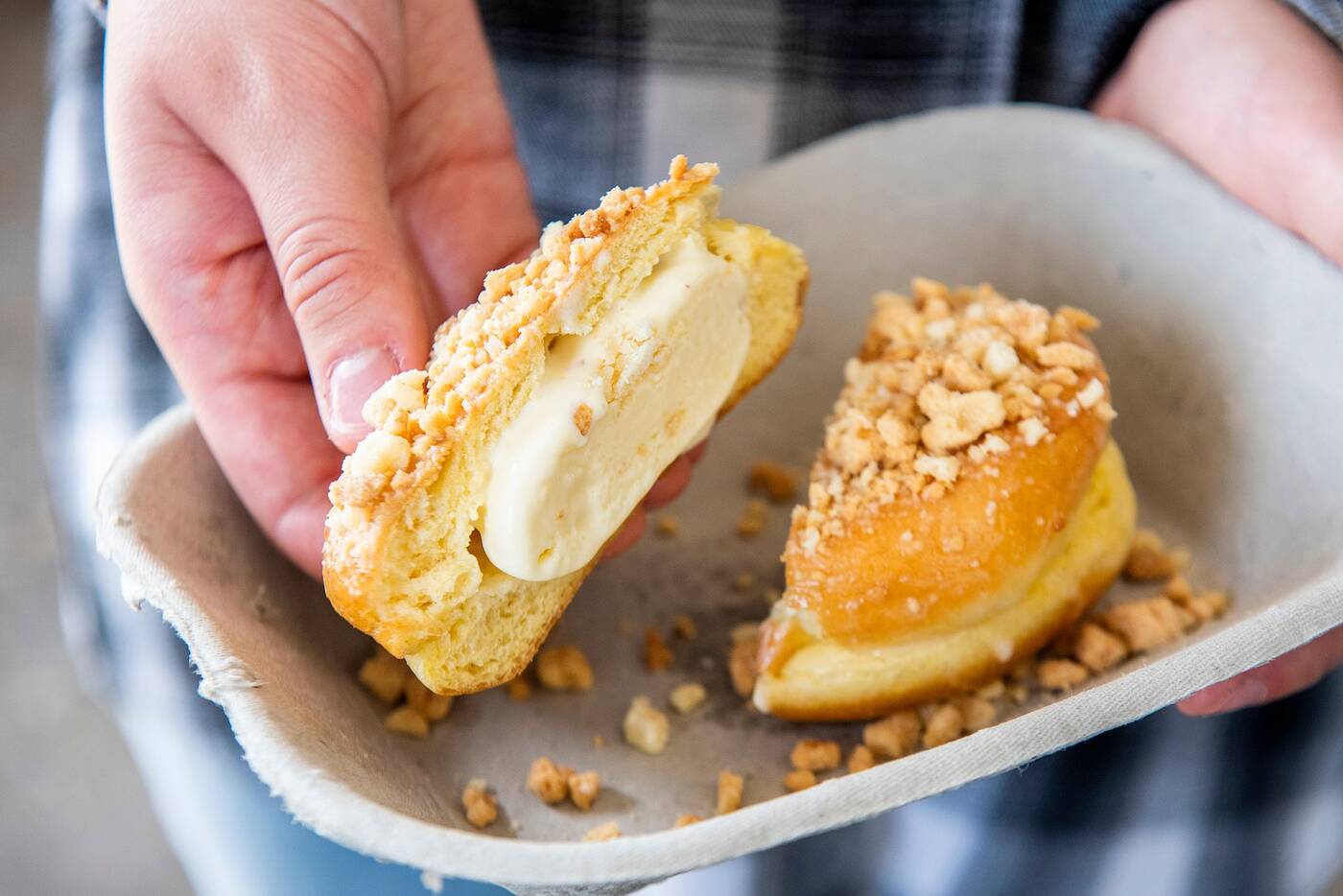 I tried this flavour inside their ice cream donut ($6.75), which is plain but glazed with sweet icing and sprinkled with bits of in-house baked ladyfingers on top.

To make the ice cream donut, they put it in a gelato panini press that keeps the ice cream cool inside while warming up the donut on the outside. 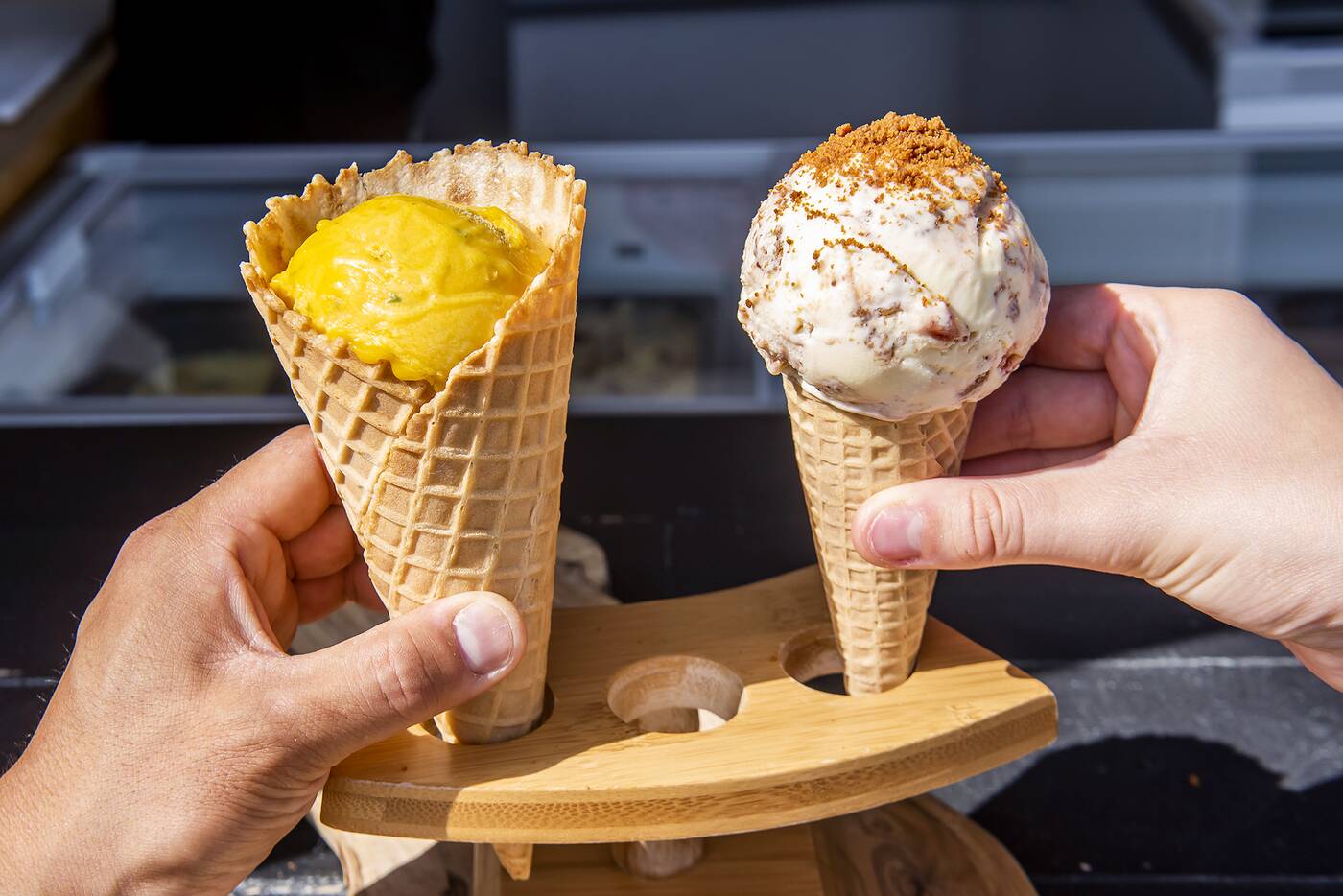 From the myriad of ice cream flavours I tried the Mango Mojito Sorbet and Stawberry Cheesecake. A single scoop in a cone runs $4.75.

The Mango Mojito Sorbet is made with mango puree and hints of Flor de Cana rum. It's a burst of juiciness. Pieces of mint are sprinkled throughout which some might find a little off-putting when combined with the fruity-ness of the mix.

The strawberry cheesecake is just like you would imagine it tastes. The ice cream has just the right amount of fruit compote to balance the cream cheese and graham crackers flakes. This one had me feeling like I was taking a bite of a real cheesecake. 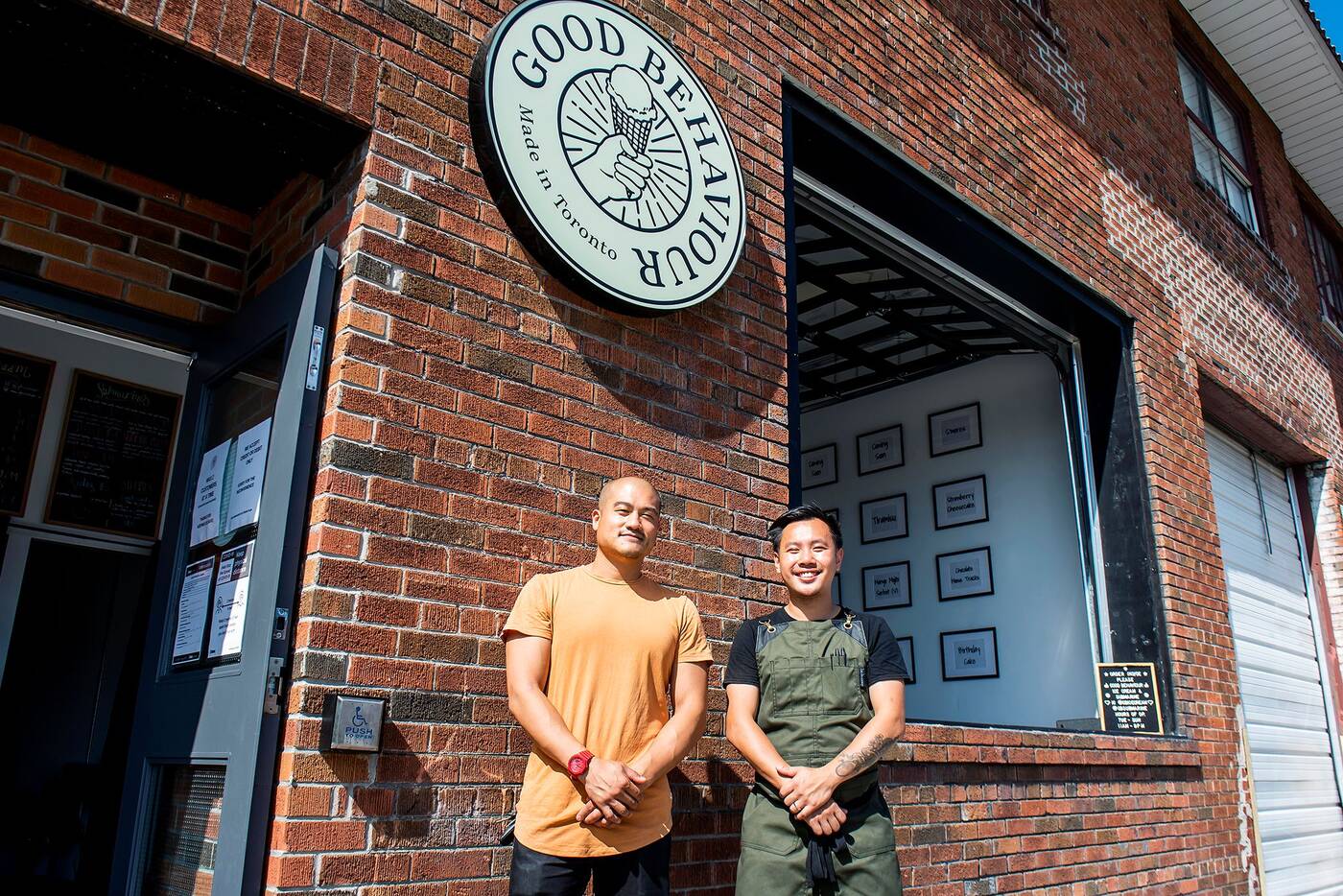 Good Behaviour now has three locations, one in Kensington Market and another on Christie street, but their main base is this one at 342 Westmoreland Ave.

The Westmoreland location is the only one that serves submarines for lunch, all sandwiches come with tomato, red onion, mayo and sub dressing. 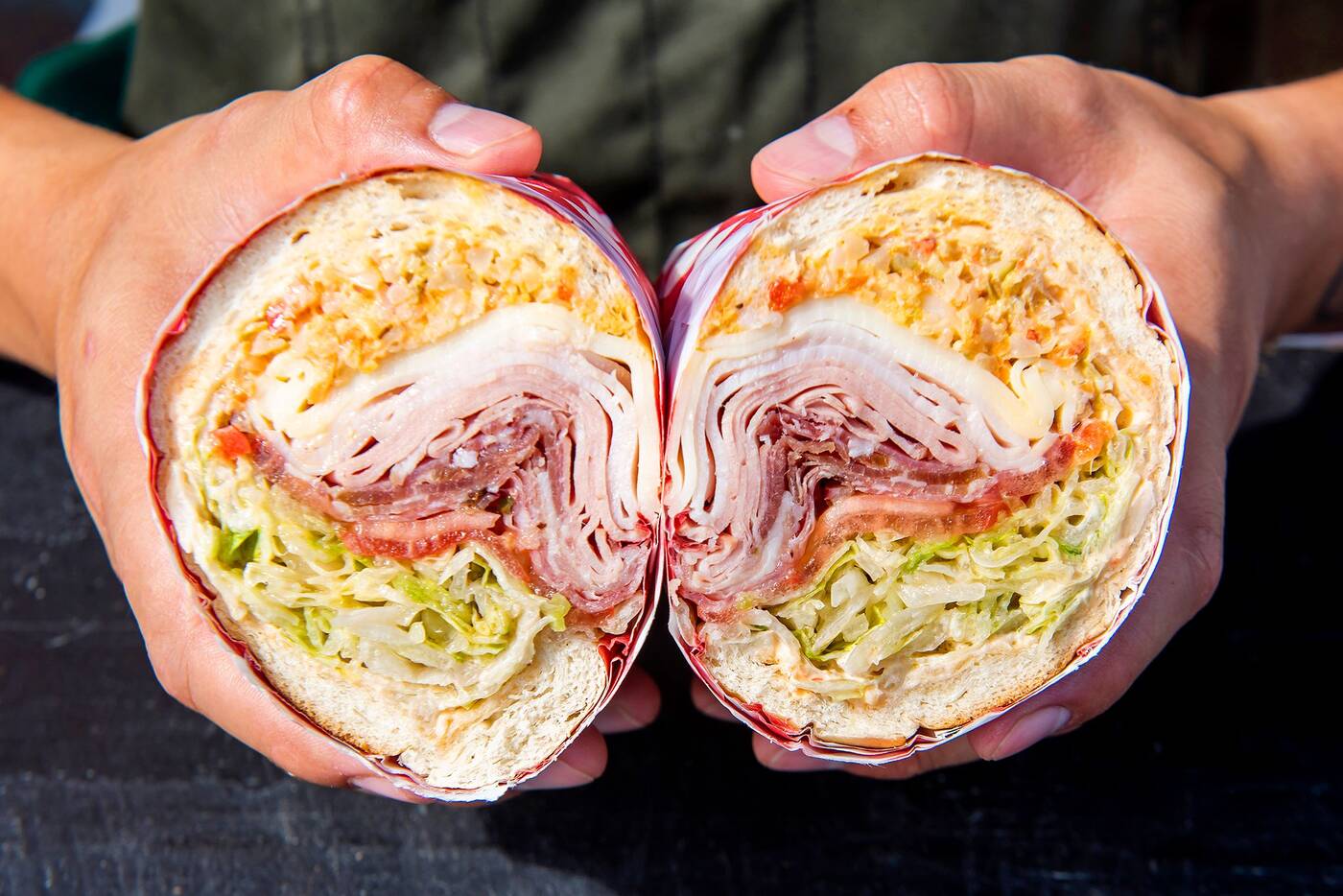 Although it's a messy feast, the crunch of the vegetable toppings combined with variation of soft meats forms a hearty tasting sandwich.

The atmosphere of the Westmoreland location gives off a nostalgic, yet approachable vibe. 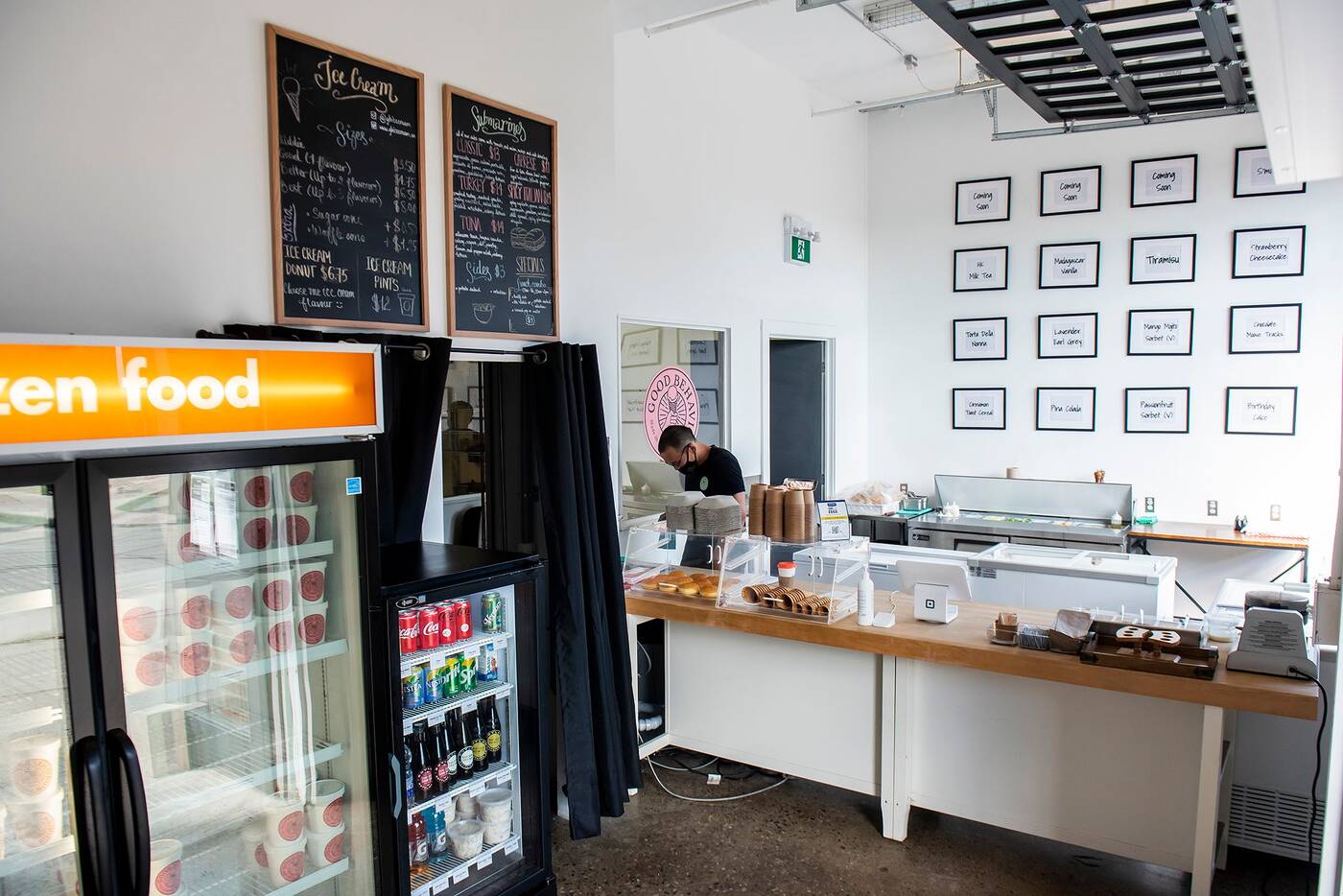 A giant garage-style serving window creates an inviting energy into the space and the layout of picture frames with different flavours across the back wall makes it super easy to figure out what you want. 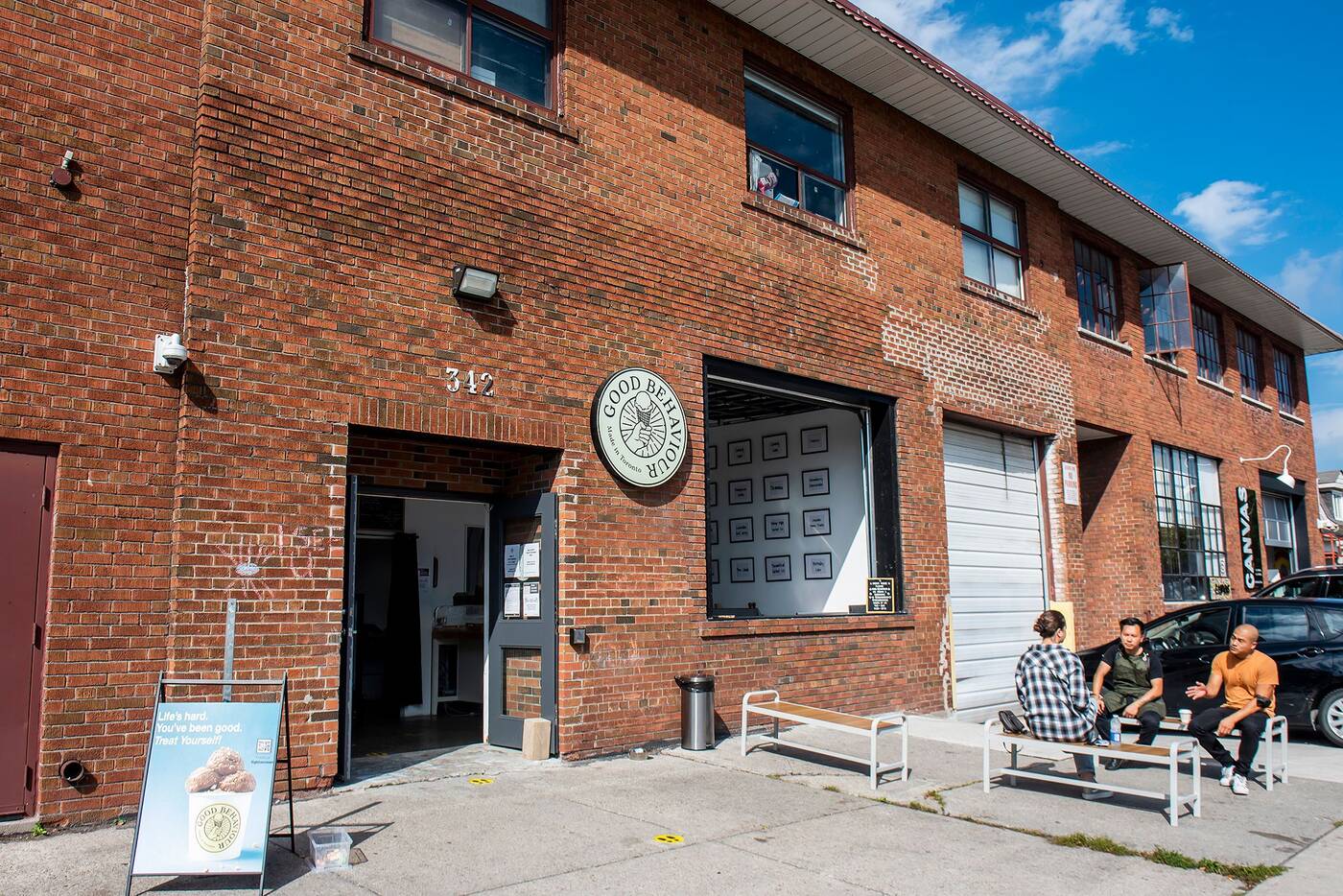