Fuwa Fuwa, which translates as “fluffy fluffy" from Japanese, is a dessert spot and cafe in the Annex specializing in Japanese souffle pancakes.

This bright, airy (like its pancakes) and small space that seats 20 was last a location of coffee shop The Common. Its design has taken on a clean, minimalist and modern Japanese aesthetic with wood panels as decor accents. 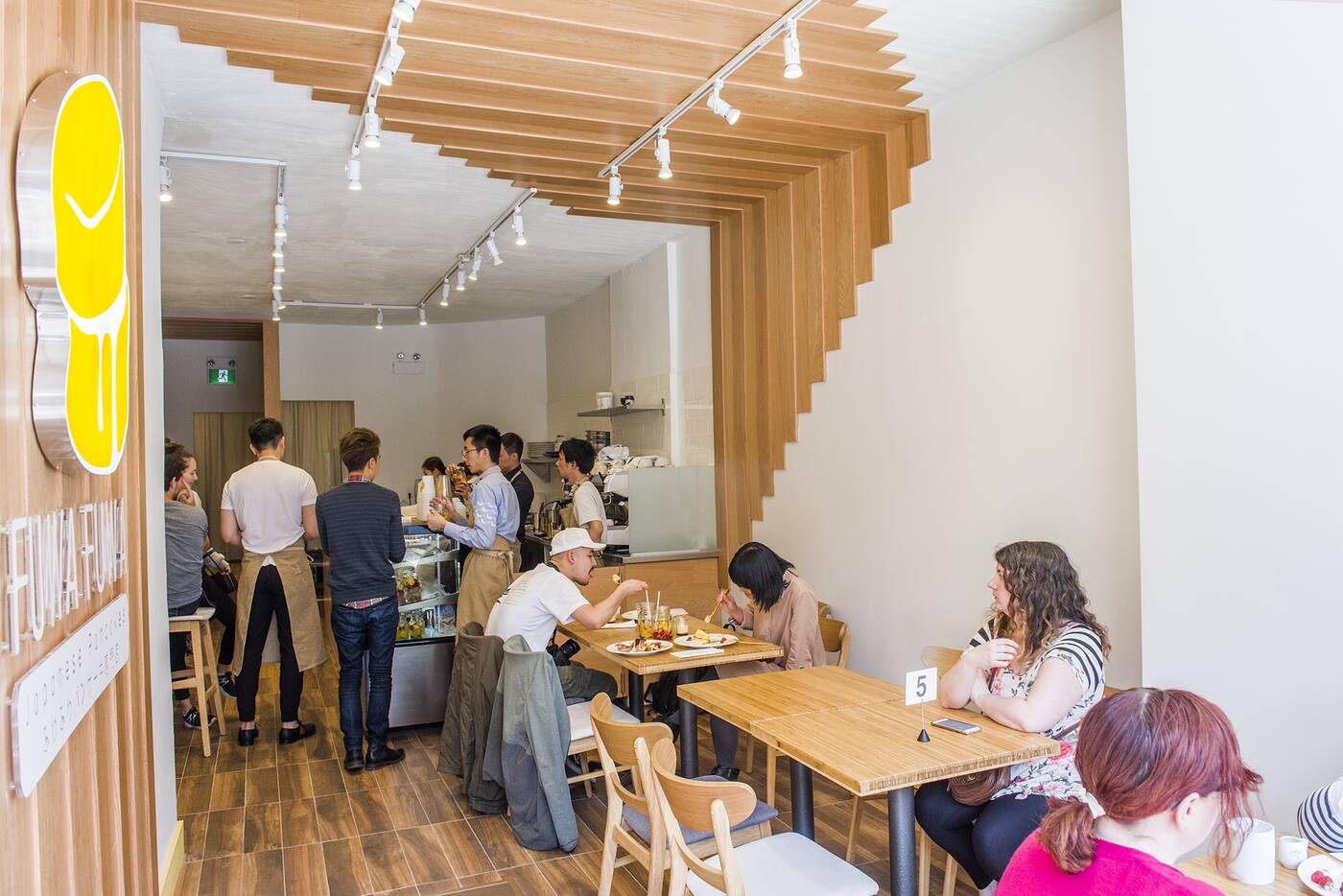 Owner Benson Lau has partnered with chef Yuka Naka, who is originally from Osaka, Japan and studied pastry there, to open this place. Naka used to work at a popular pancake shop in Osaka and is now recreating the experience of eating the fluffy treats here. 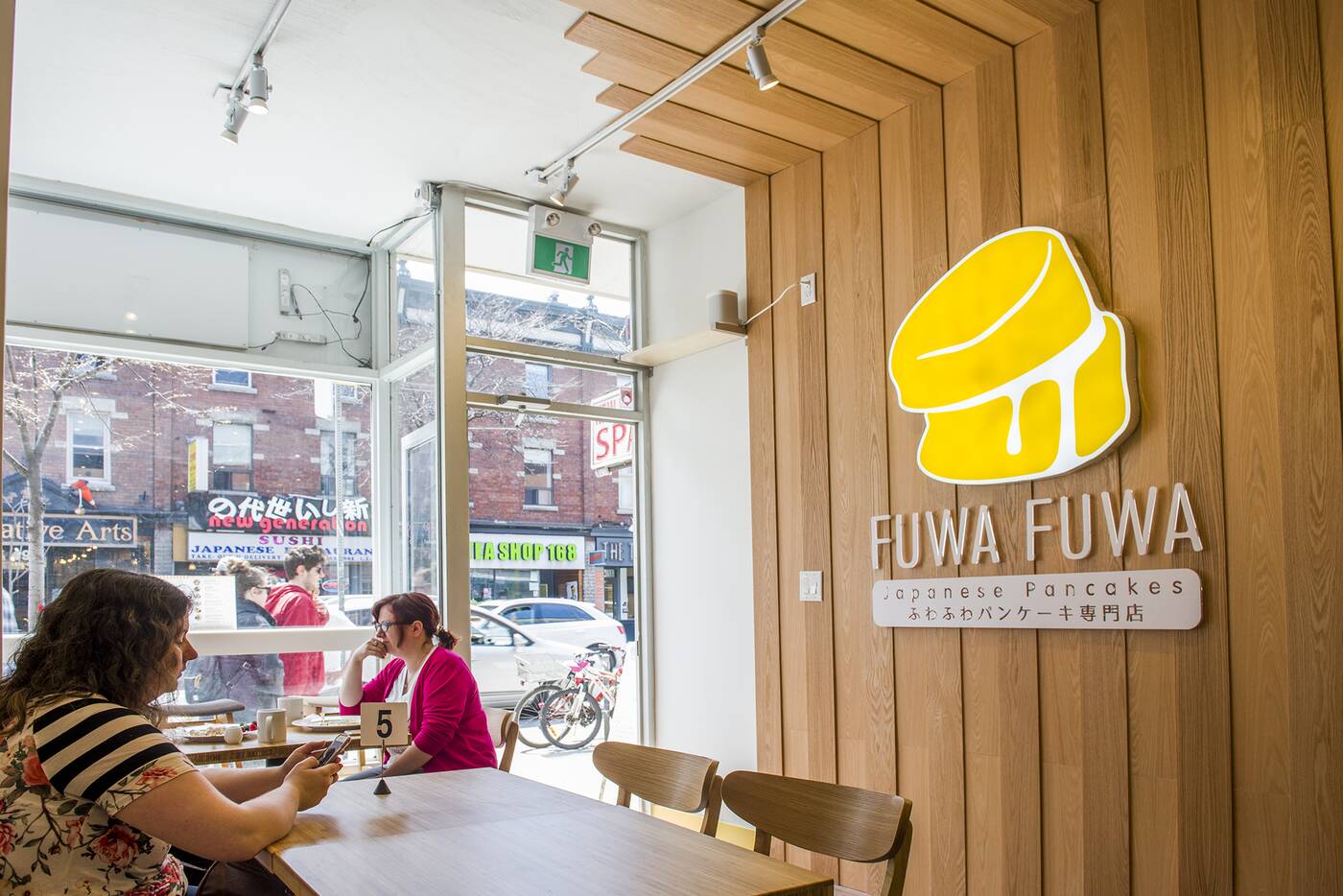 It was a tradition to serve these thick, yet airy and light pancakes after weddings, to bring happiness and good fortune. After these pancake shops opened in Tokyo, a bonafide dessert craze was born, and now the trend has arrived in Toronto. 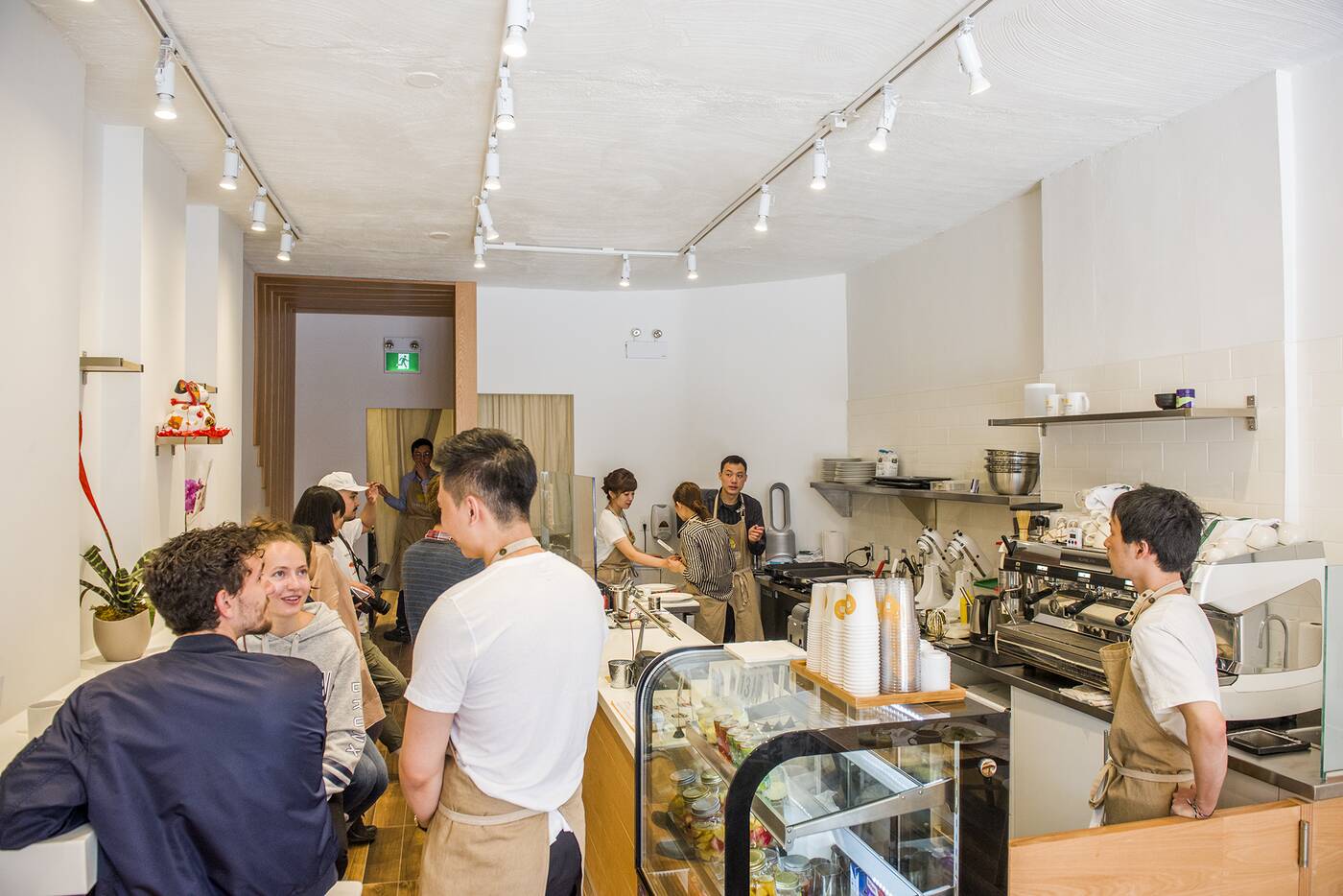 You can watch the pancakes being made from scratch in the semi-open kitchen, where they're made to order; the whole labour-intensive process takes about 20 minutes from start to finish. 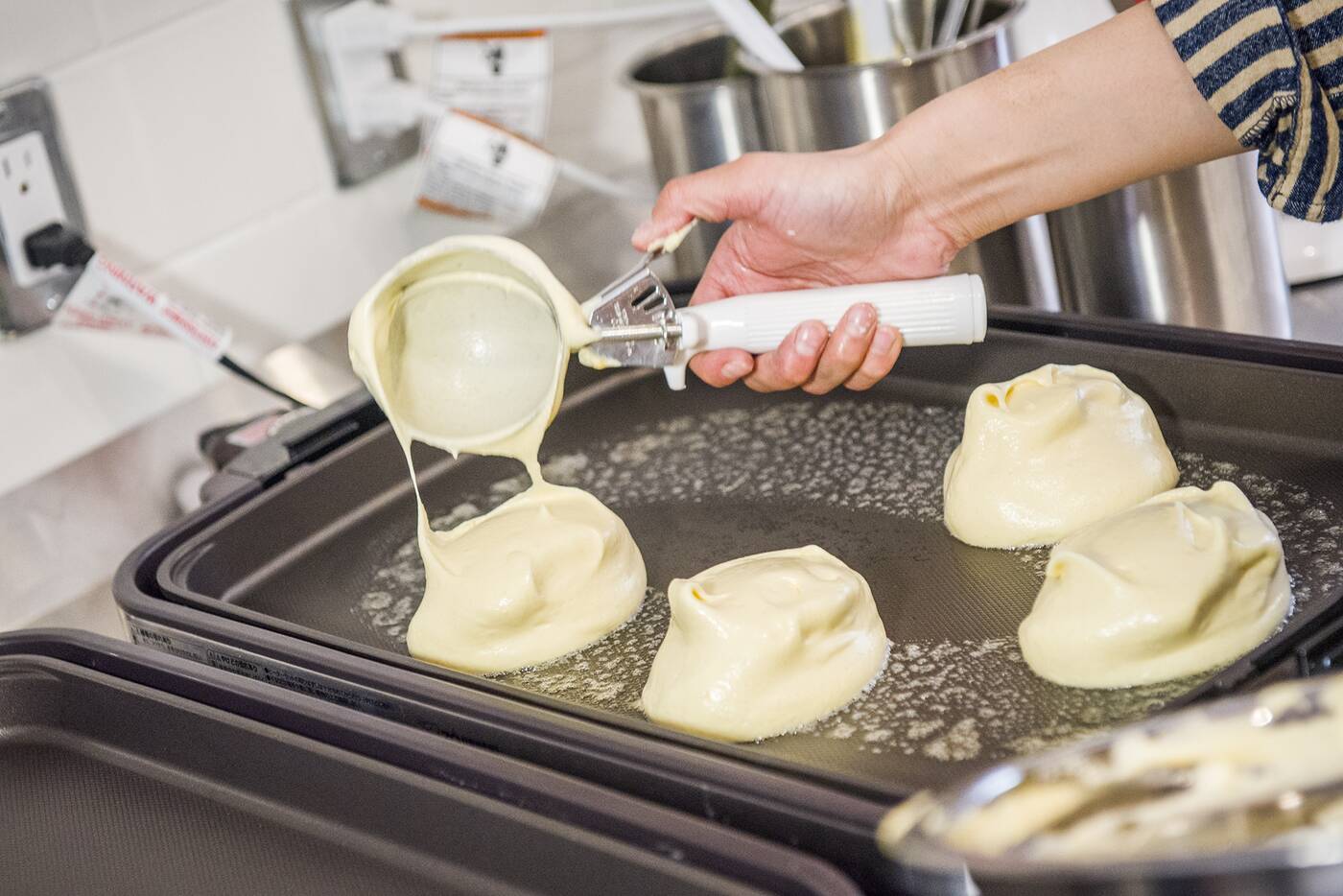 Organic, farm-fresh eggs and milk are used to make the batter. The egg whites are separated from their yolks and beaten until soft peaks form – the key to fluffy and light pancakes. The yolks are then reincorporated, along with Naka's secret pancake mixture. 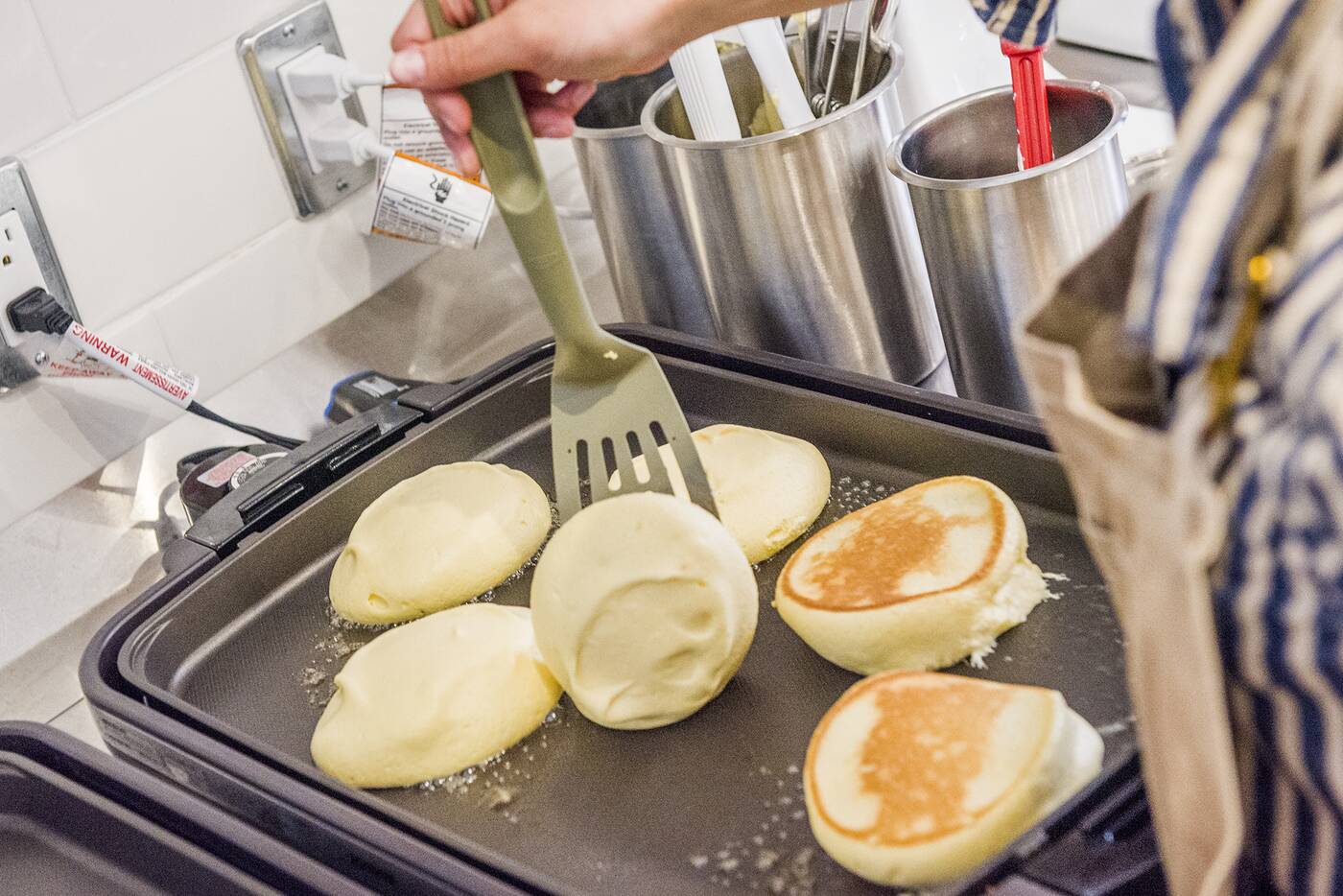 Finally, the pancakes are cooked on electric griddles with covers until they rise like souffles. They're golden on both sides and the final product becomes delightfully jiggly. 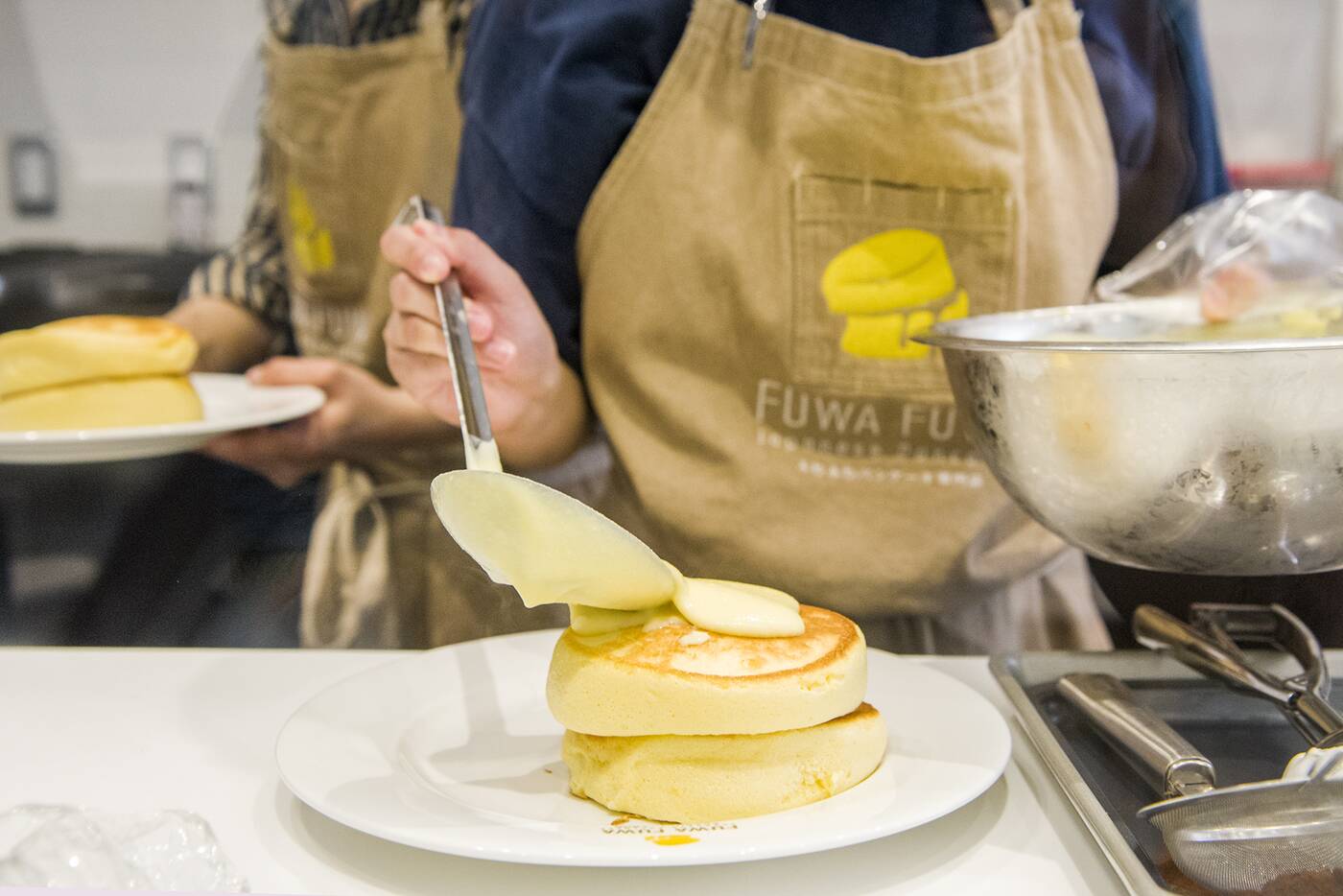 Six versions are available, all with the same pancake base and then extras added on top, from the most basic one with butter and maple syrup ($11) to offerings with all the bells and whistles. There is also the option to add ice cream ($2 per scoop). 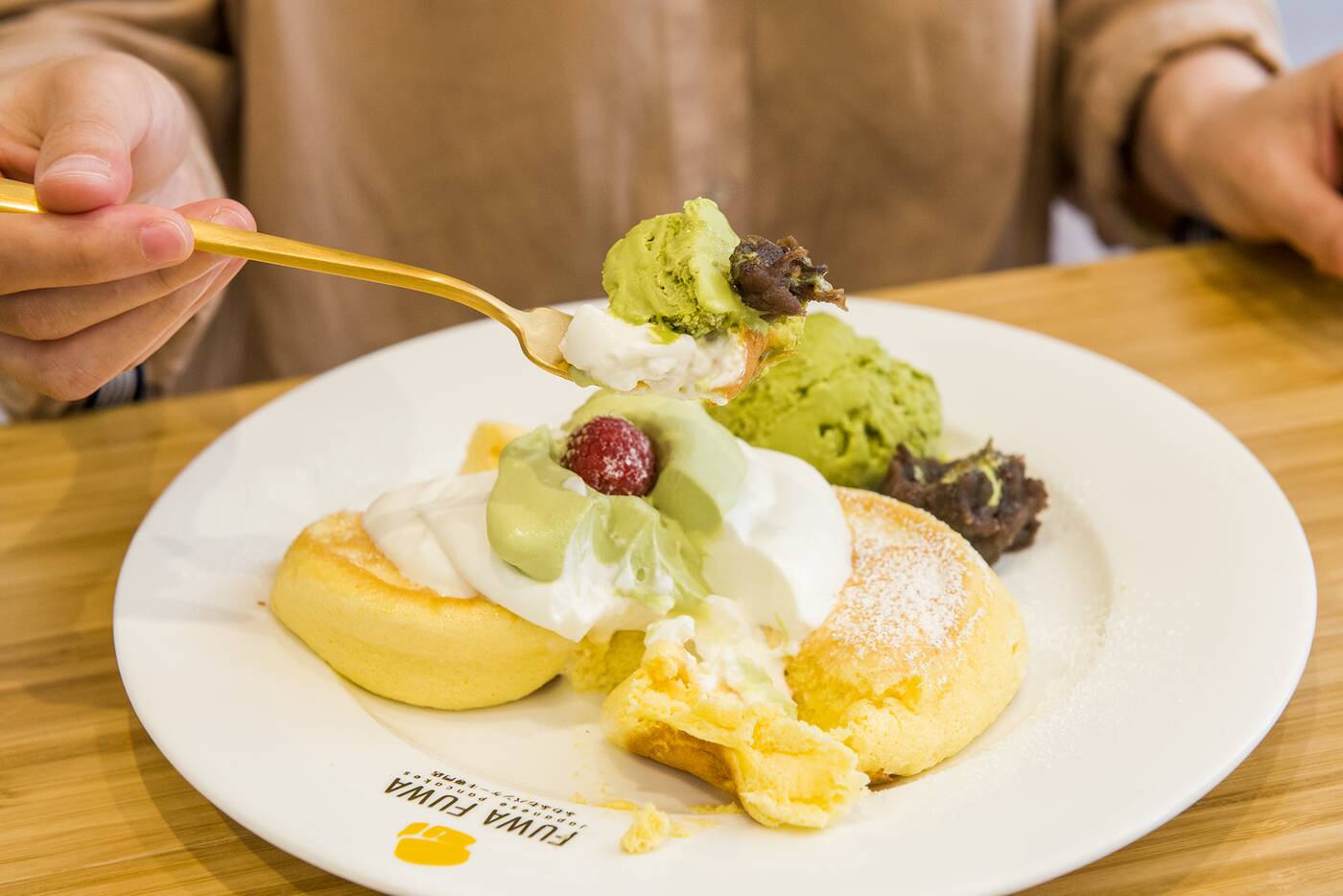 Each souffle pancake is about an inch thick, but extremely soft and fluffy; it's aptly named, as it does taste like a hybrid of the two desserts. If you're a fan of Japanese cheesecake, it has a similar texture, minus the subtle flavour of cheese. 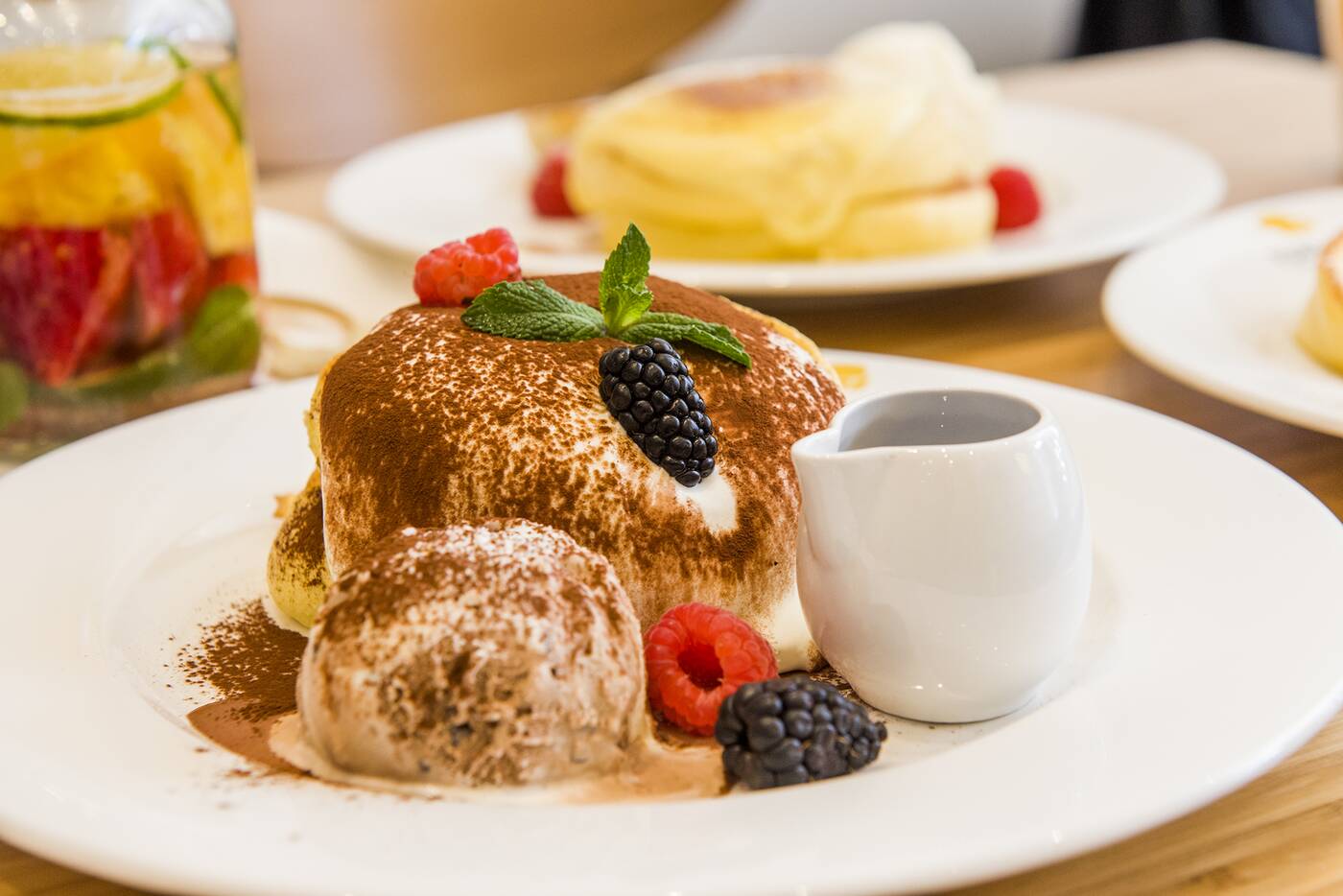 The Tiramisu Pancake ($14.50) comprises two pancakes topped with a freshly made-in-house tiramisu-flavoured cream (mascarpone and espresso – yum) and a side of coffee syrup to pour over the stack.

The pancake itself is not very sweet, which works well when topped with the more sugary cream and sauce; the combination creates a nice balance of flavours. 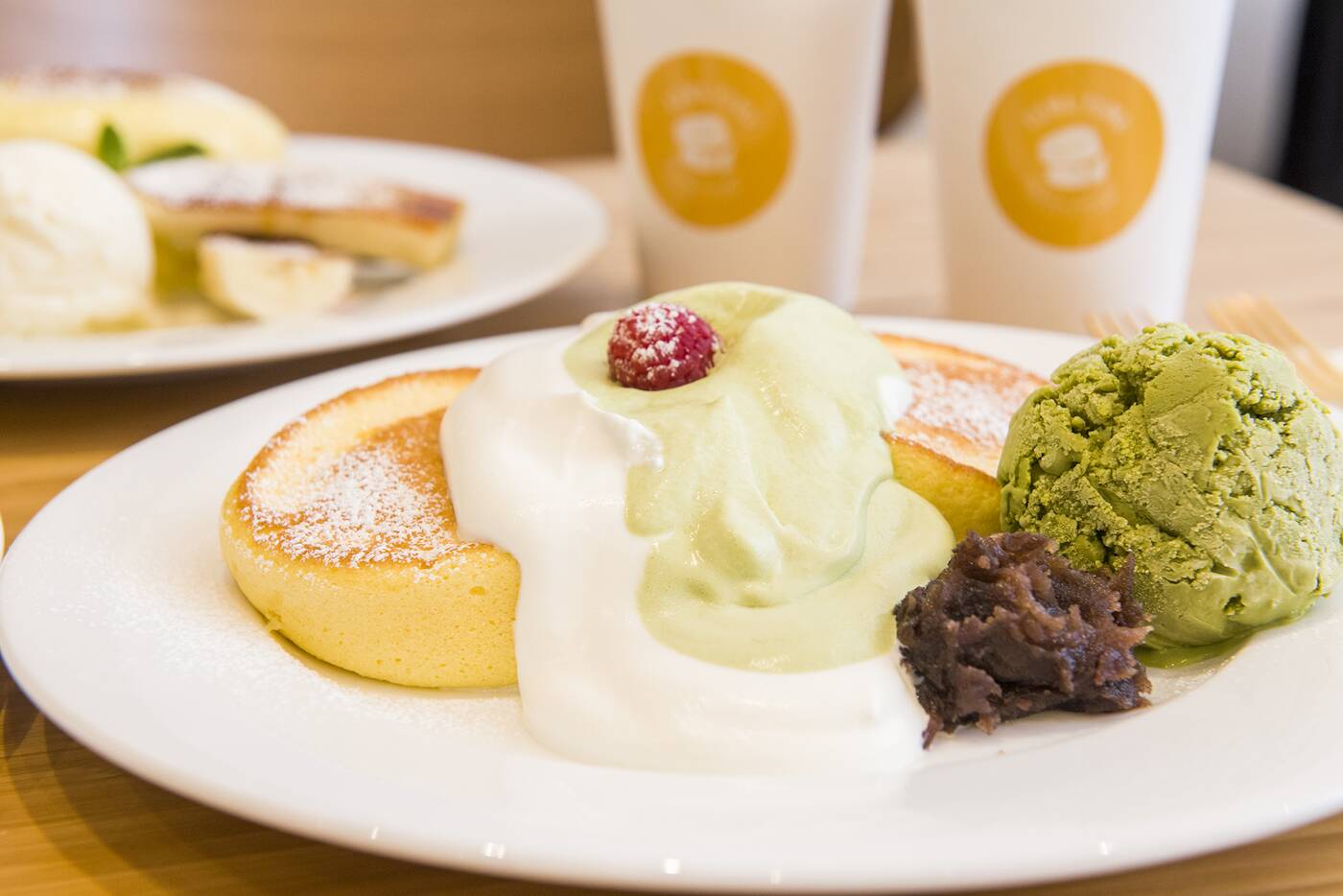 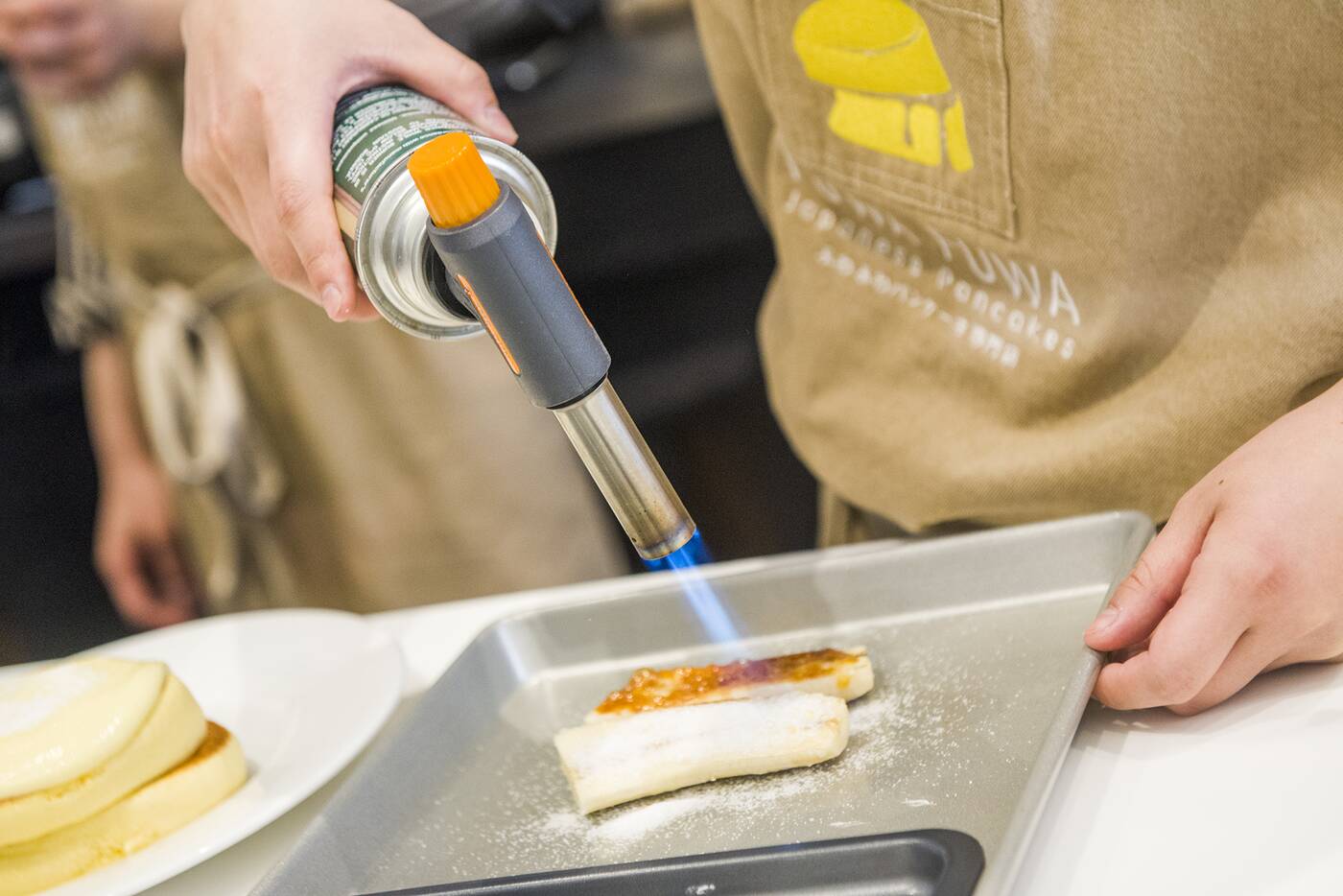 If you want to go all out, the Crème Brûlée Pancake ($15.80) is the thing to order. Two stacked pancakes come covered in a torched-and-crackable crème brûlée sauce with brûléed bananas and a scoop of vanilla ice cream on the side.

The crisp, brûléed tops add a satisfying contrast in texture to the airy pancakes. 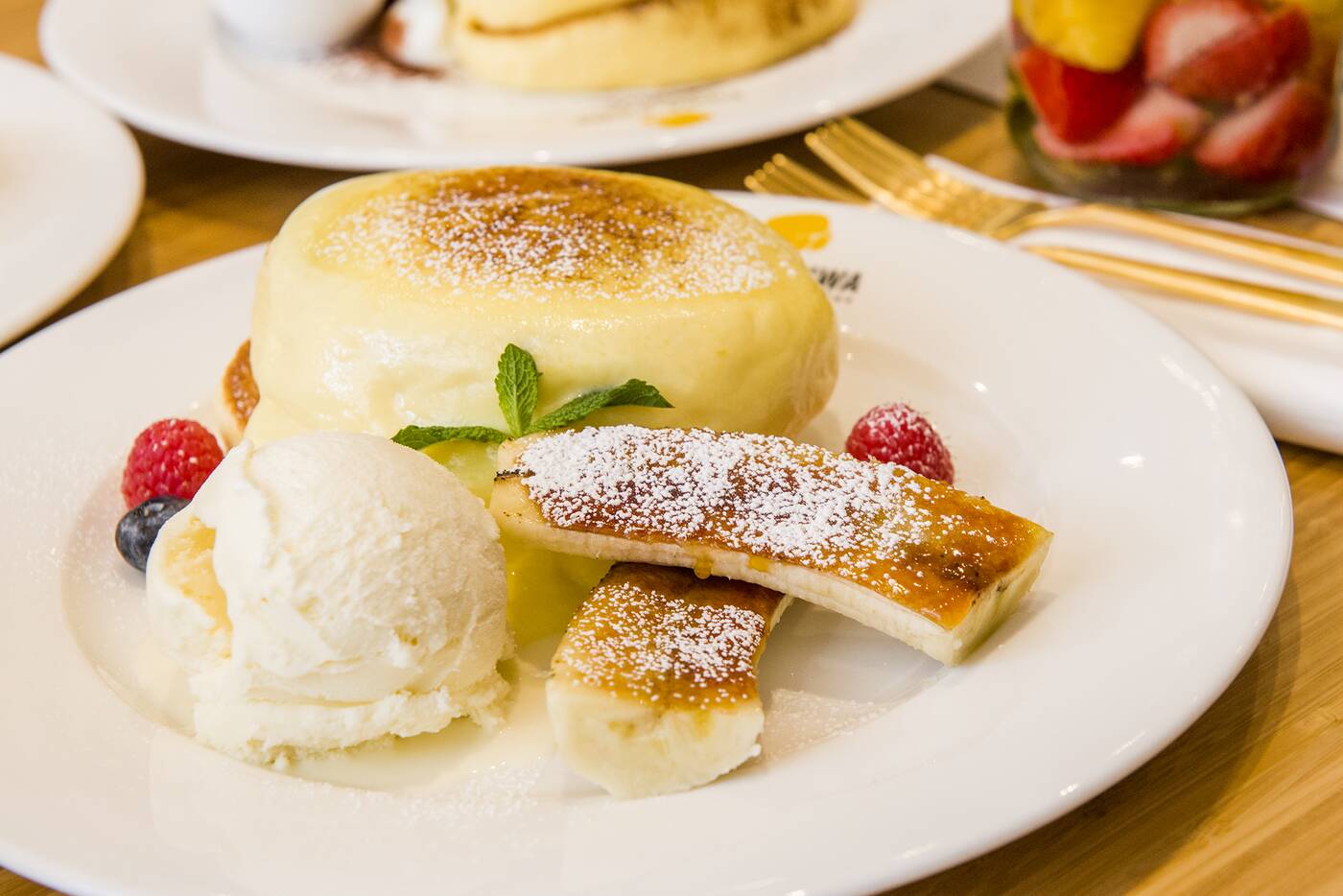 It's worth noting that each plate of pancakes is served with two forks instead of a knife and fork; these Japanese-style hotcakes are so soft and light that no knife is required to cut into it. You're supposed to tear into each pancake with both forks. 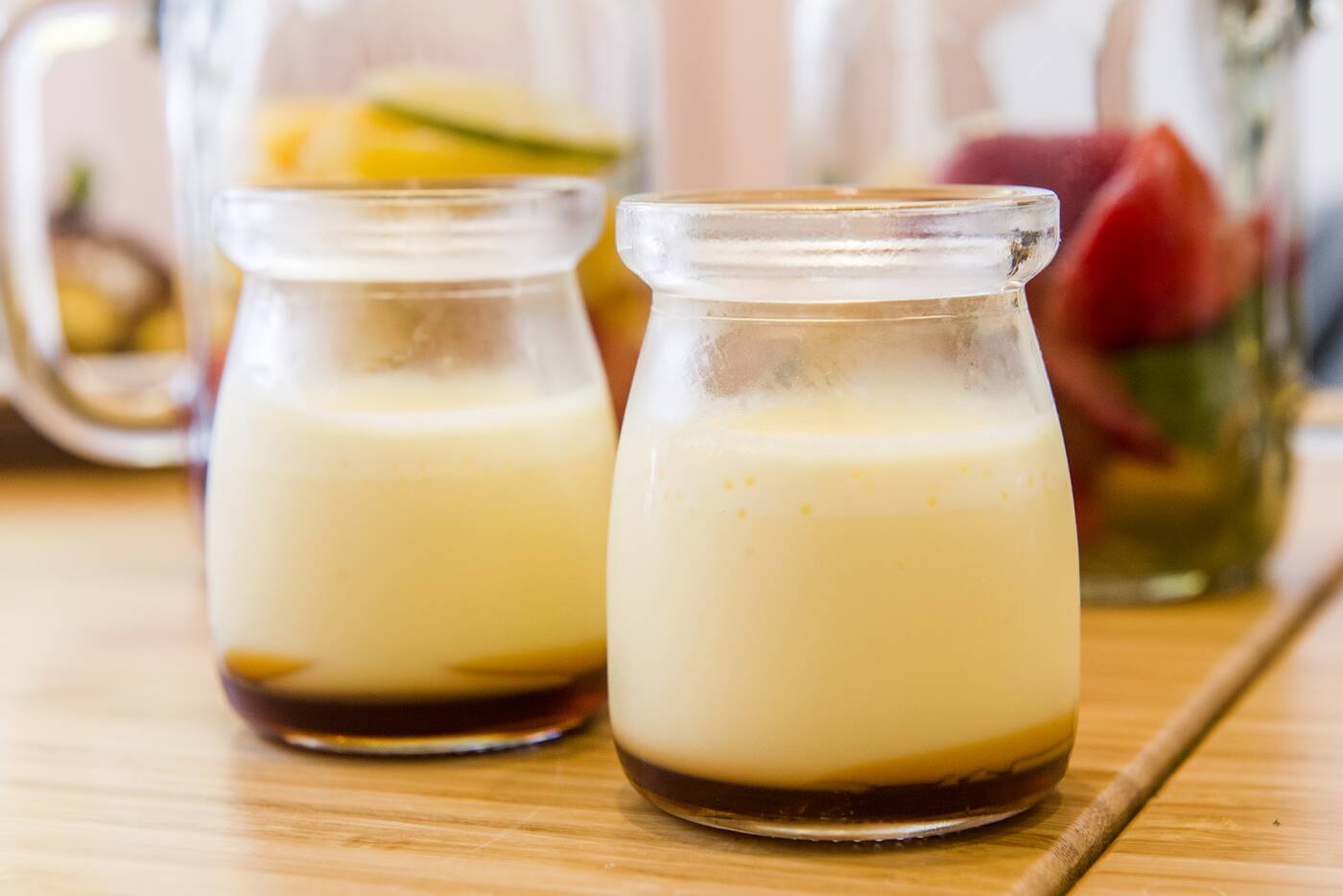 In addition to its specialty, Fuwa Fuwa serves dangerously addictive Japanese pudding ($5.85), which tastes like a very egg-y (in a good way) crème caramel, and butter or matcha Japanese roll cakes ($4.95 per slice). Of course, they're all made in house by Naka. 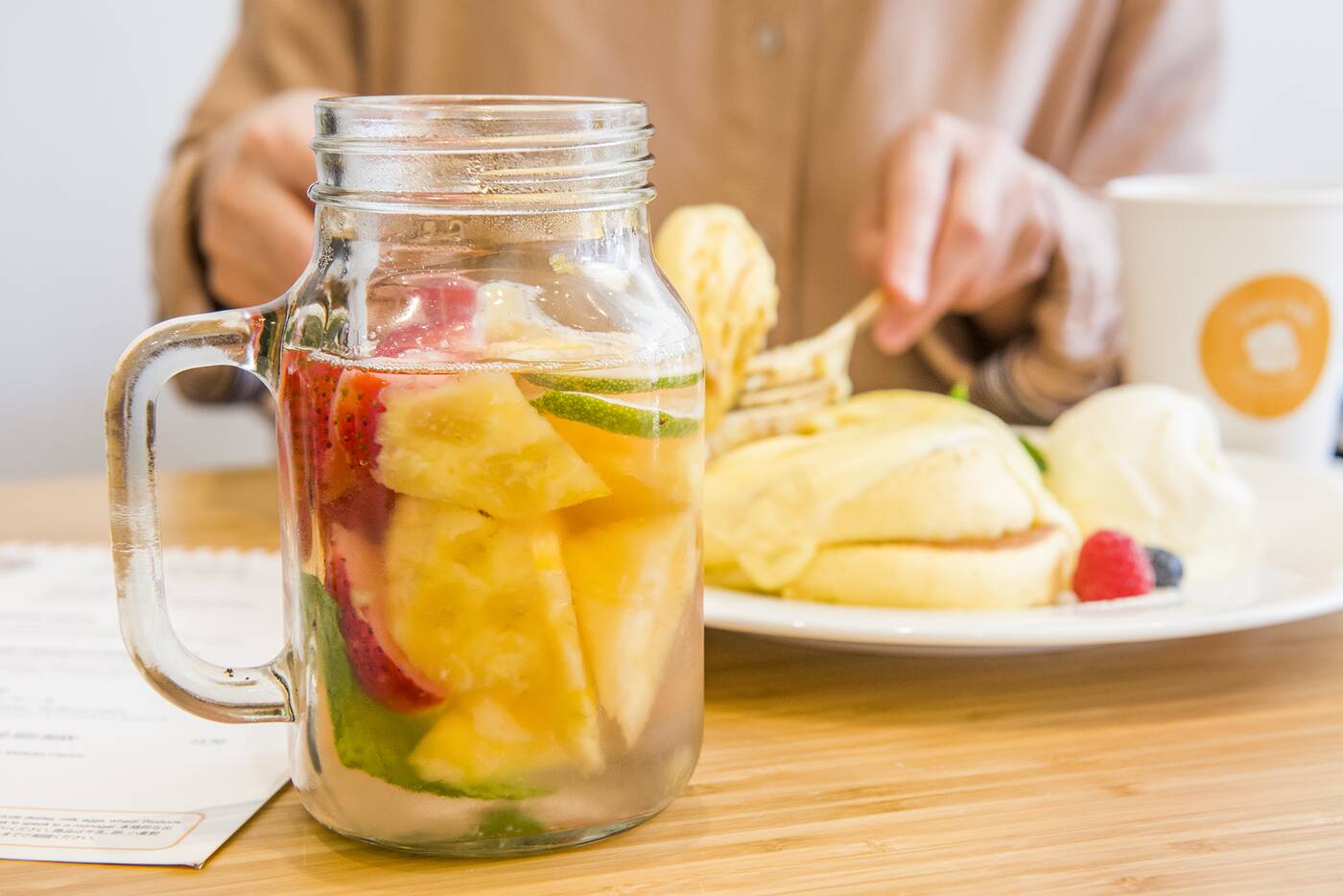 To offset the potential (yet worthwhile) unhealthiness of these sinfully delicious desserts, there are “detox waters” ($6.95/$7.95 each) on offer as refreshing beverages.

They’re made from a specific ratio of mixed fruits steeped in sparkling filtered water for over eight hours. After that amount of time, the naturally sweetened water takes on the flavours of the fruits. 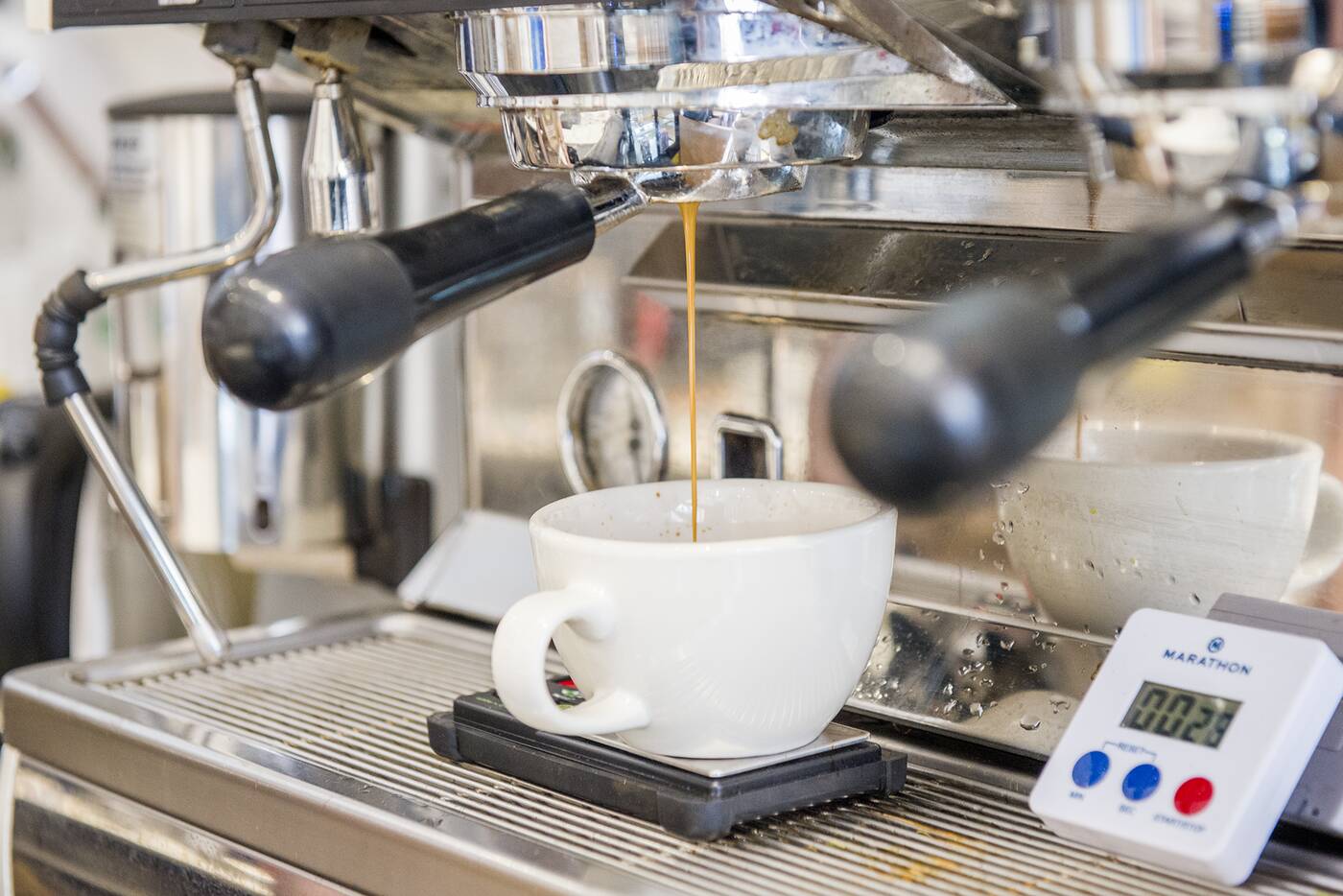 During our visit, a kawaii J-pop soundtrack playing in the background is the perfect cherry on top to complete our experience. 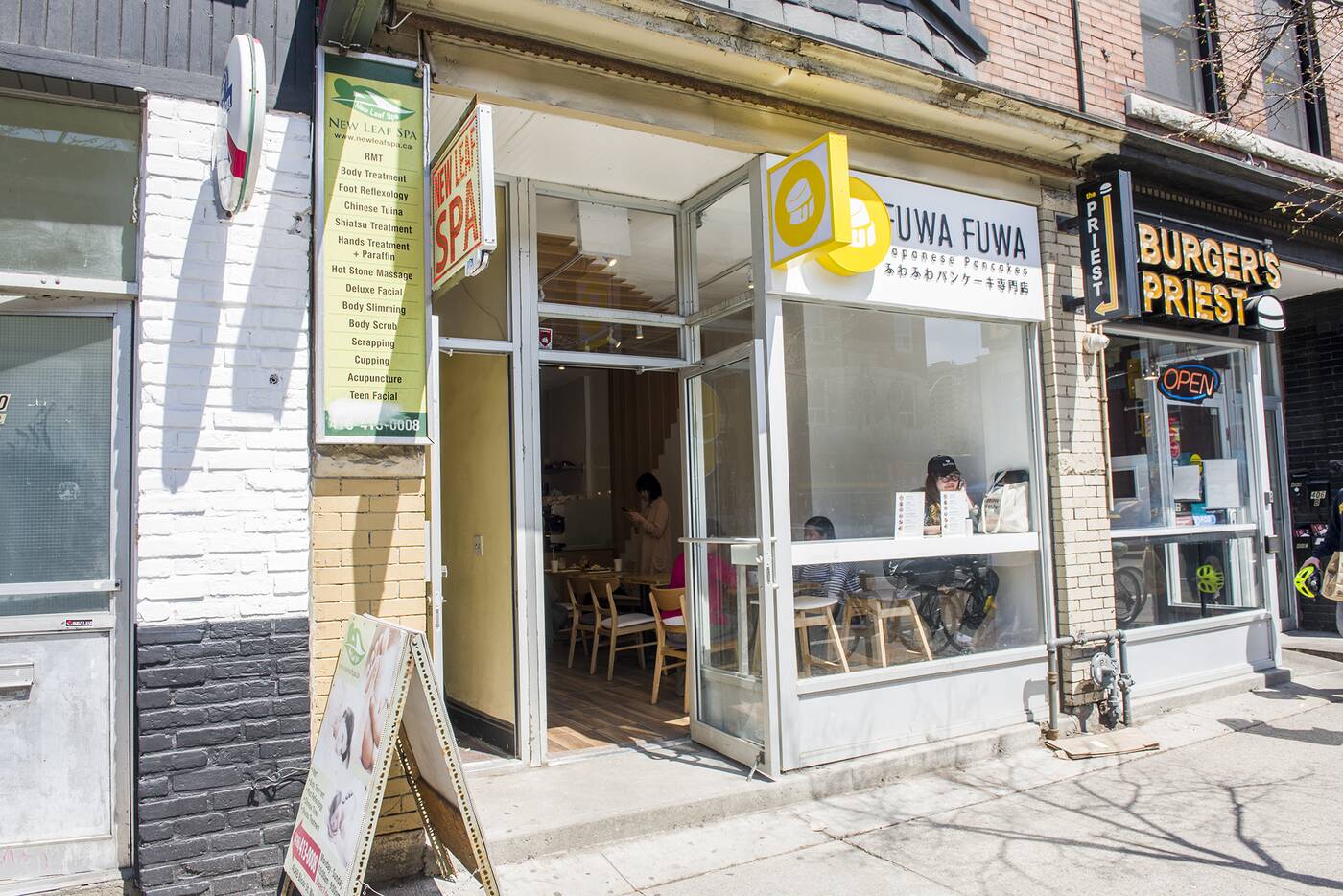 The Best New Brunch in Toronto for 2018