Froshberg Gelato is a franchise. But that doesn't mean gelato connoisseurs should turn their noses up at this Italian ice cream option. Located in the Eaton Centre's Urban Eatery food court (and occupying a stall with Crepe Delicious), this gelaterie (yes, I think I can call it that) handcrafts its gelato on location each day. It offers 28 different varieties daily and uses fresh, natural, and even seasonal ingredients to craft its creations. A franchise, you say? Perhaps something worth getting behind. 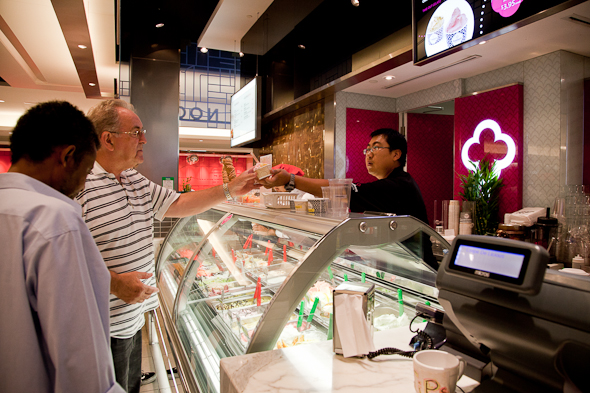 Of course, that was the belief of now-franchise-owner Peter Jiang, who came across the Froshberg opportunity at a franchise show. After learning that the company would have a stall in the brand new Urban Eatery, Peter decided to give the gelato world a whirl and became a franchisee.

What followed was gelato training and the bestowment of Froshberg recipes, and Peter learned the art of how to make the frozen dessert. But after a while, he decided some things are best left to the experts. 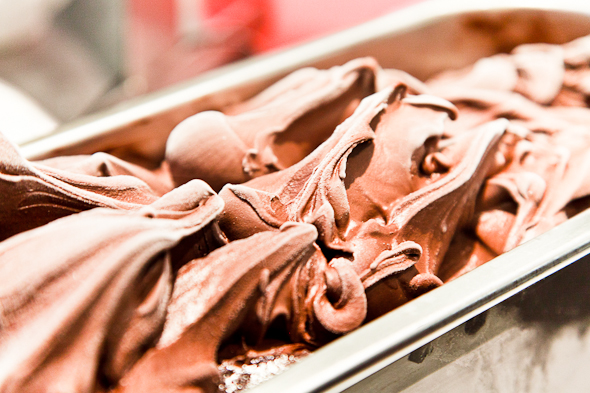 "We have an Italian gelato-maker with 15 years experience working with us," he says. I have trouble stirring up a mental picture, and I keep coming back to the Great and Powerful OZ . "Right in there," he says, pointing to the closed-to-the-public area behind his aproned staff. "He works with us every day." 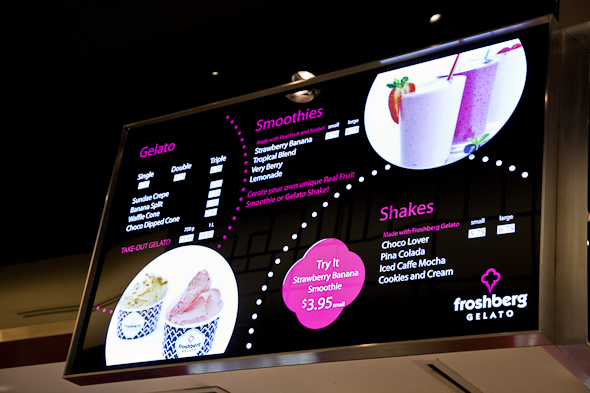 "Peaches are in season now, so we have a peach flavour made with Ontario peaches," Peter says. "And for Thanksgiving, we'll have pumpkin pie, and gingerbread for Christmas." Many of the fruit gelatos come dairy-free, and the occasional batch of a common flavour (i.e. hazelnut) will be made with soy milk instead of regular milk. As with most gelato shops, the varieties are constantly changing. 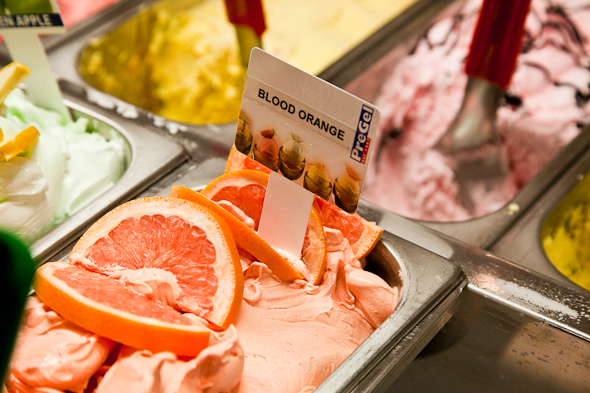 What you won't necessarily find here is intricate gelato art, where the display is transformed into a showcase of frozen creativity. Unless you arrive early, that is. "Especially in the summertime, it just sells too fast," Peter says, swiping through some pictures on his iPhone to show me what the untouched case looks like. 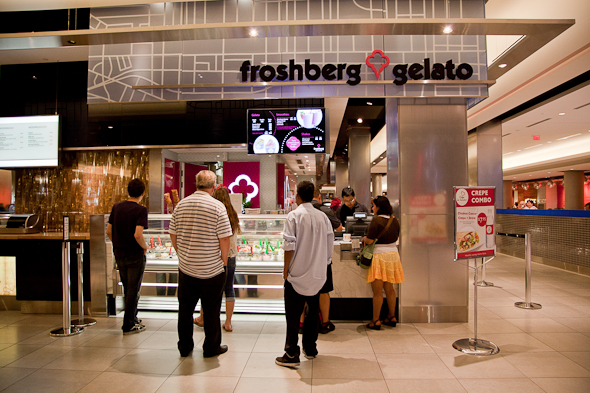 At this point in the afternoon, however, most of the flavours are past their halfway-eaten point. So I, of course, contribute. I sample a couple varieties, including the seasonal peach and the top-selling Ferrero Rocher. While I almost always prefer fruit-flavoured gelato to others, I must say that the Rocher won me over.

The peach, still, was quite delicious with a wholly natural peach taste, though I found the flavour a bit milder than I was expecting and the texture just a tad icy. The Rocher, on the other hand, was creamy as could be, with a well-balanced mix of chocolate and hazelnut flavours (and chocolate bits!) and just the right amount of sweetness. I was sold. 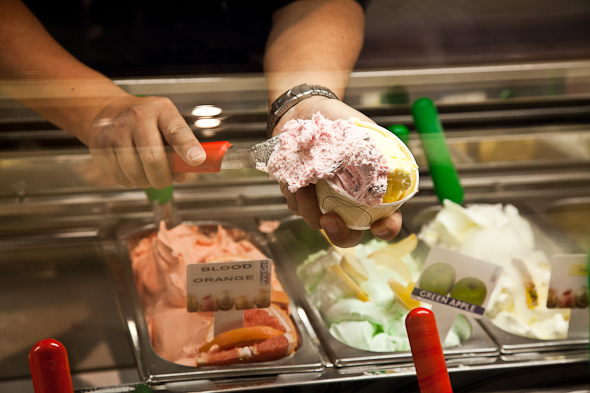 Froshberg Gelato sells its gelato in three sizes ($4.25/ 4oz, $5.25/ 6oz, $6.25/ 8oz) and also offers shakes and smoothies. Open regular Urban Eatery hours, it may not be Little Italy, but it can make a mean chocolate hazelnut gelato just the same. 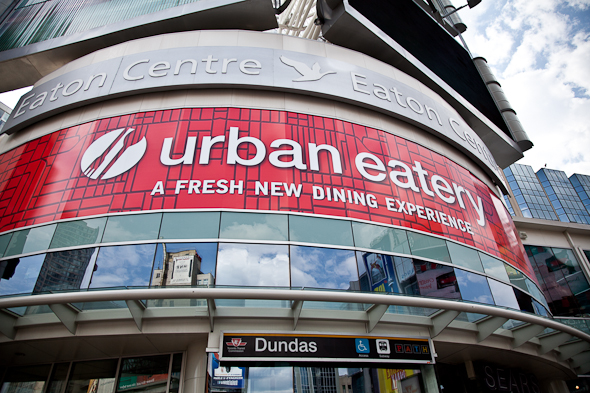