Death in Venice has their very own gelato lab right here in Toronto. They’re known for their innovative gastronomic approach to creating non traditional flavours like everything bagel, hay and peanut butter croissant.

Named for a Thomas Mann novel, the concept was incubated in a spot on Queen West now home to vegan restaurant Away Kitchen. 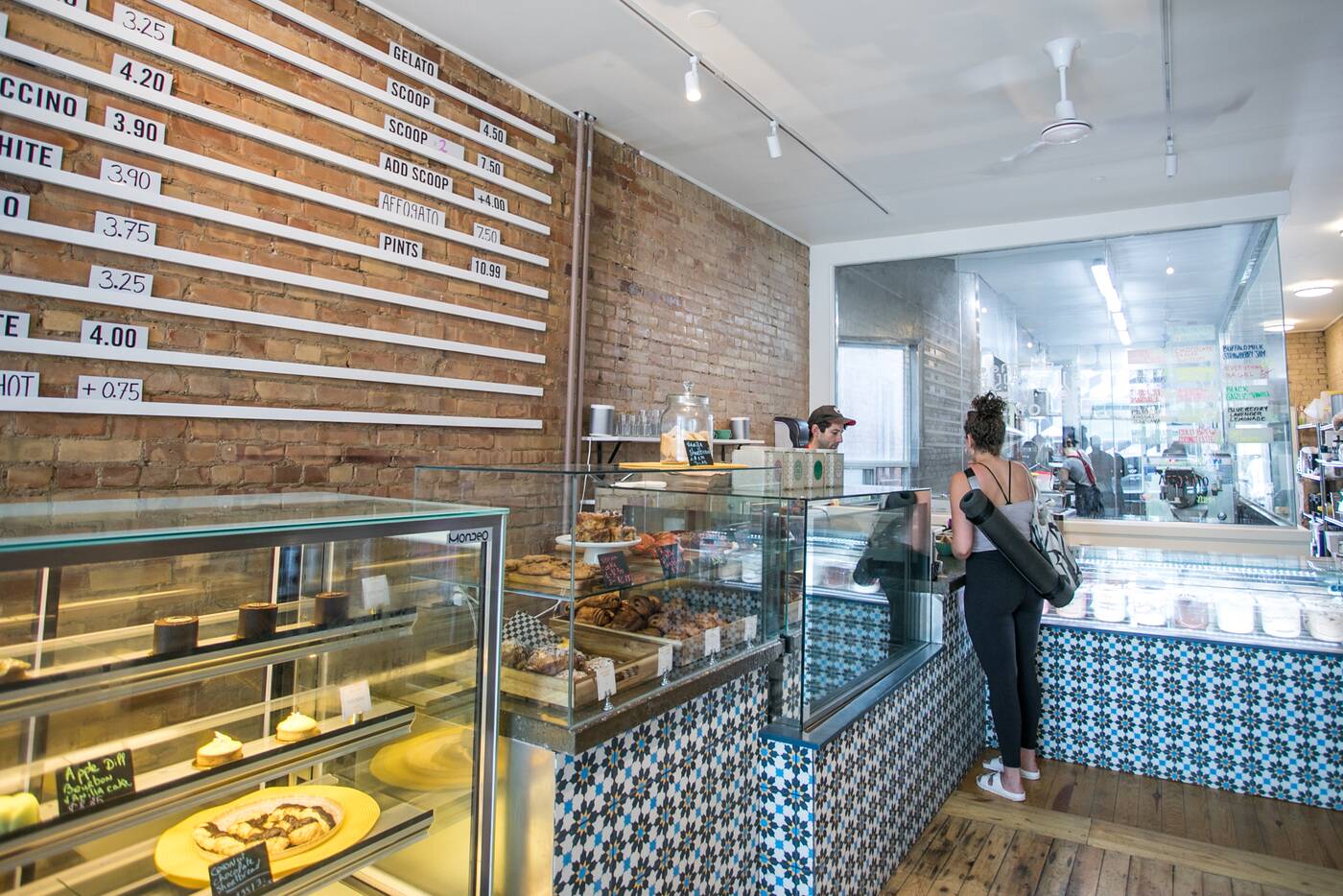 This lab takes up residence in a larger space, dedicated plumbing, HVAC and electrical systems all installed specifically for a gelato creation area behind shatterproof glass. 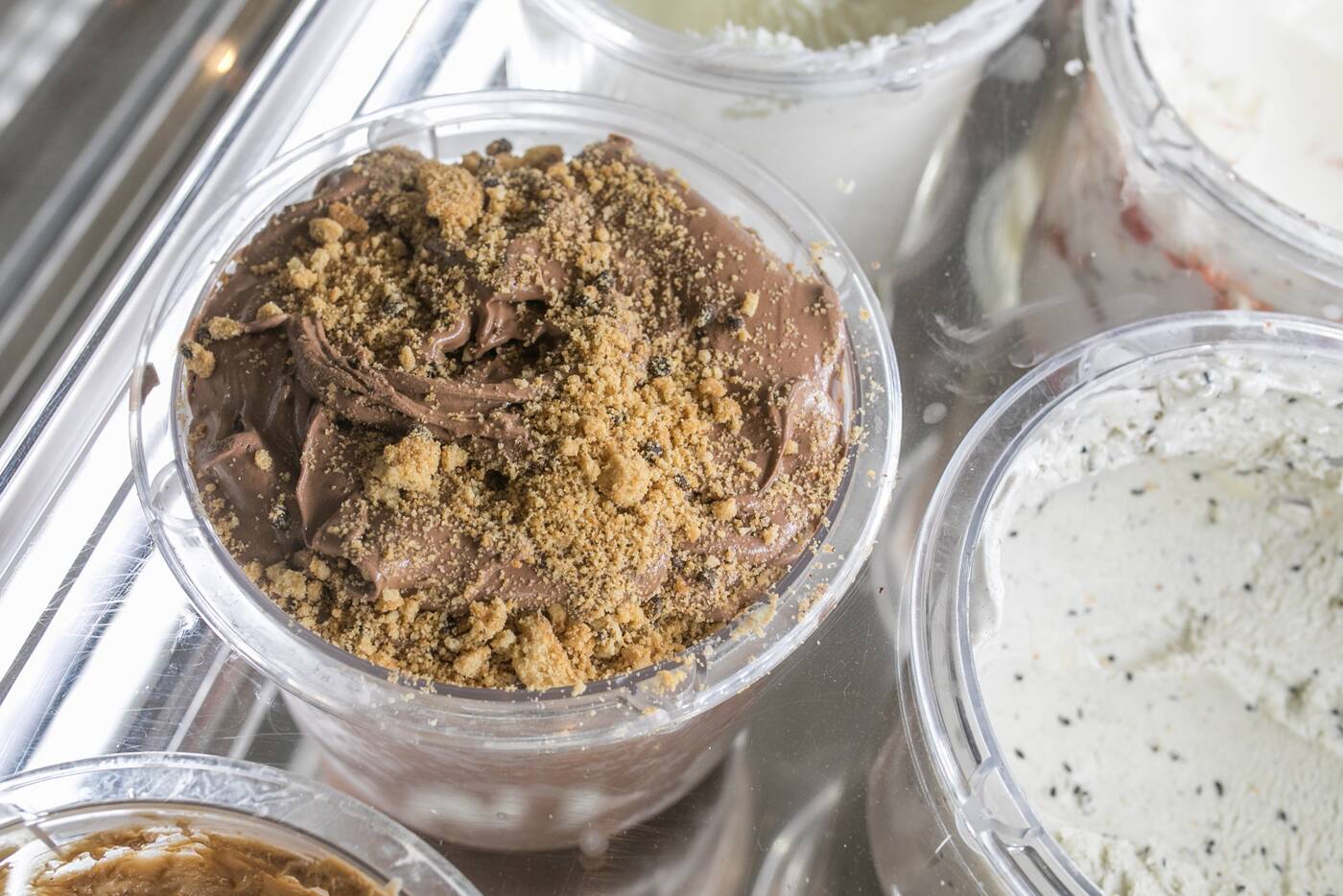 This barrier and a gelato display case that holds up to 16 flavours at a time are both transparent, so as much of the gelato making process is visible to the customer as possible from start to finish. 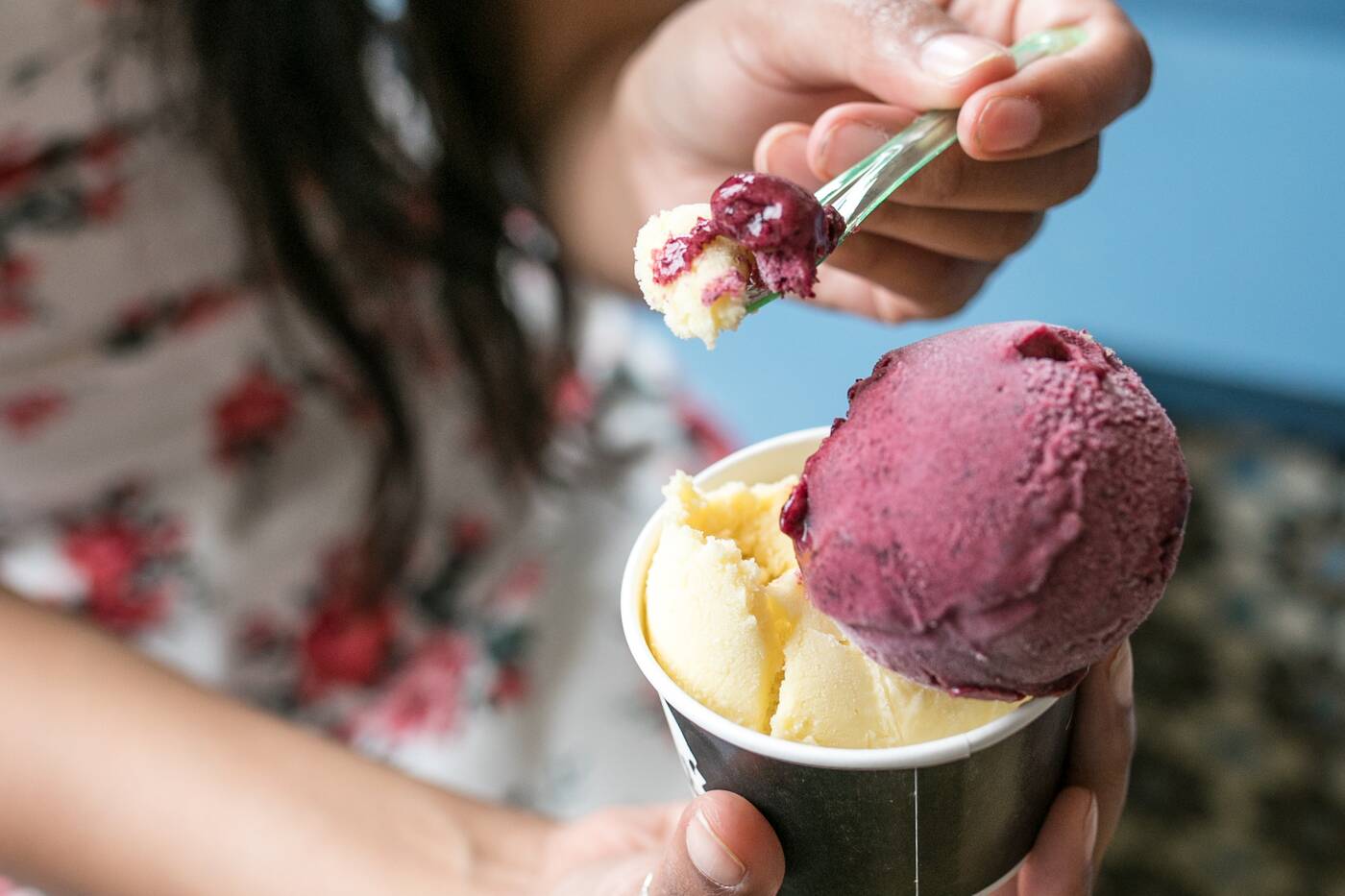 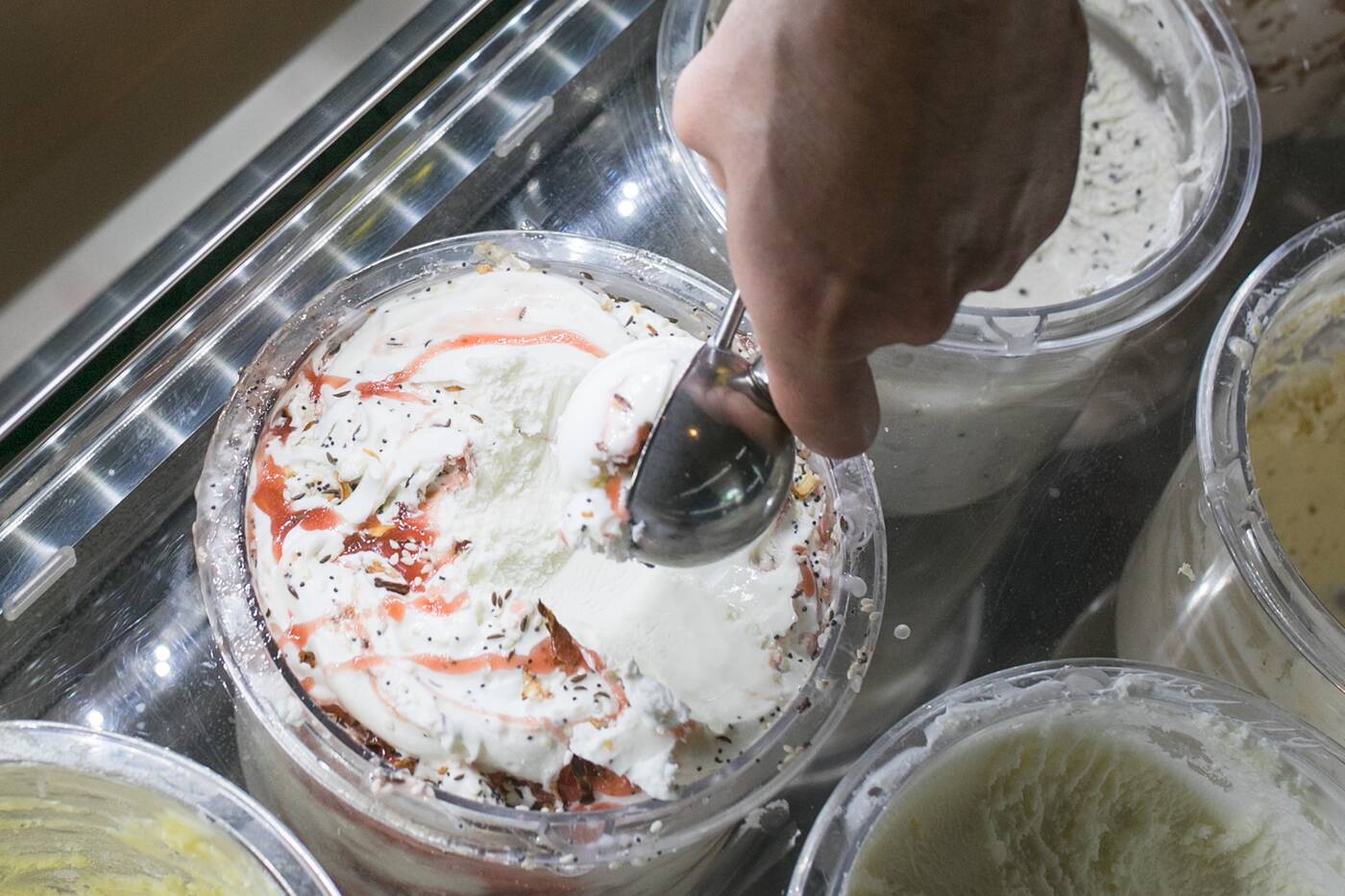 An everything bagel flavour starts with a tangy cream cheese base that’s softened by sweeter but still bagel-y honey and jam, the illusion completed by everything bagel seasoning that, yes, has real onion and garlic flakes. 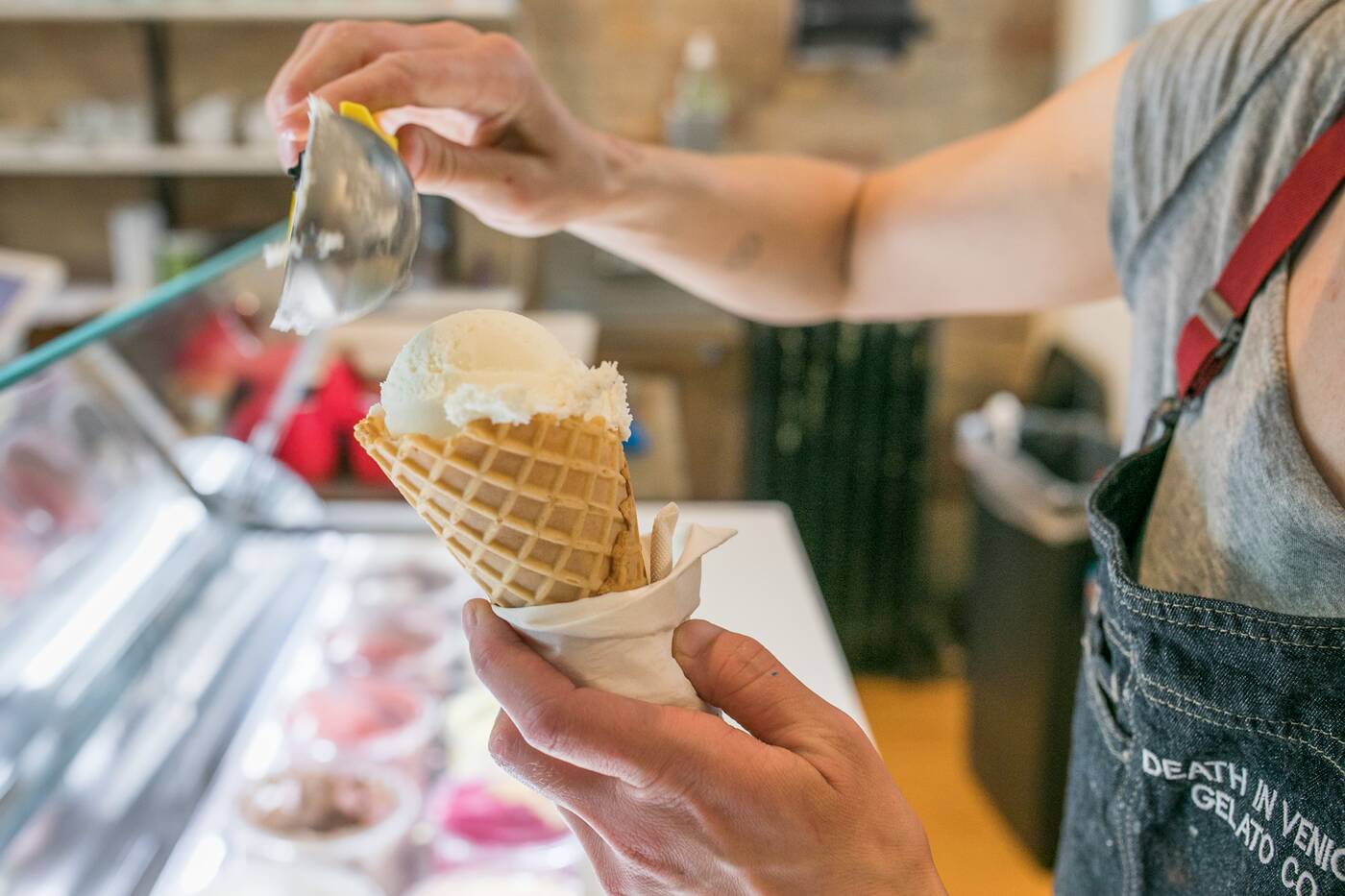 There’s a small upcharge for cones, a hay flavour made over the course of a four-day process. The hay itself is a locally sourced special variety, toasted for two hours and soaked in goat’s milk to make a kind of hay tea. 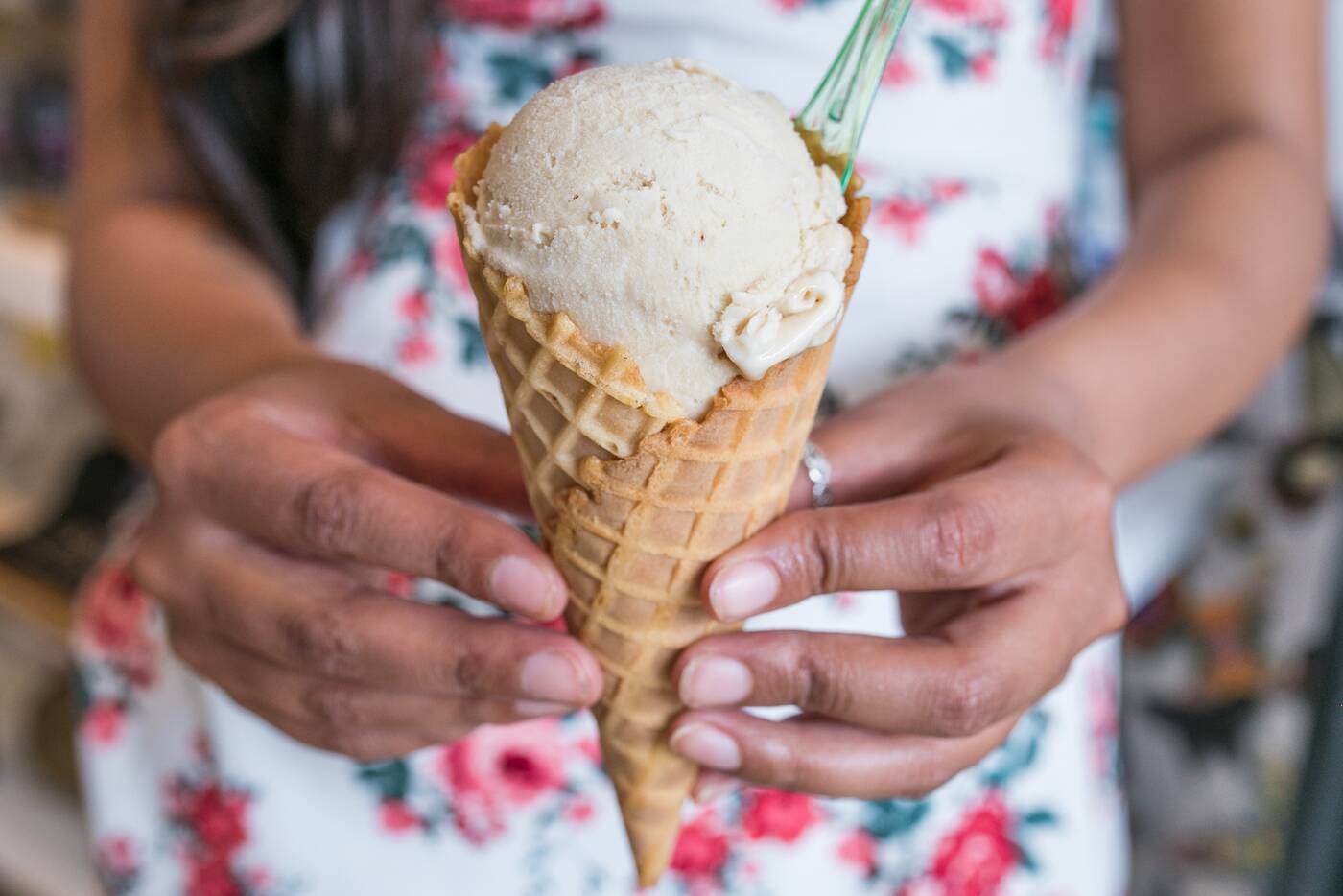 It sits in the goat’s milk for four days, periodically punched down into the liquid, then squeezed out. The result is a gelato that somehow has flavours of caramel, honey and nut, though it’s essentially just hay and goat’s milk. 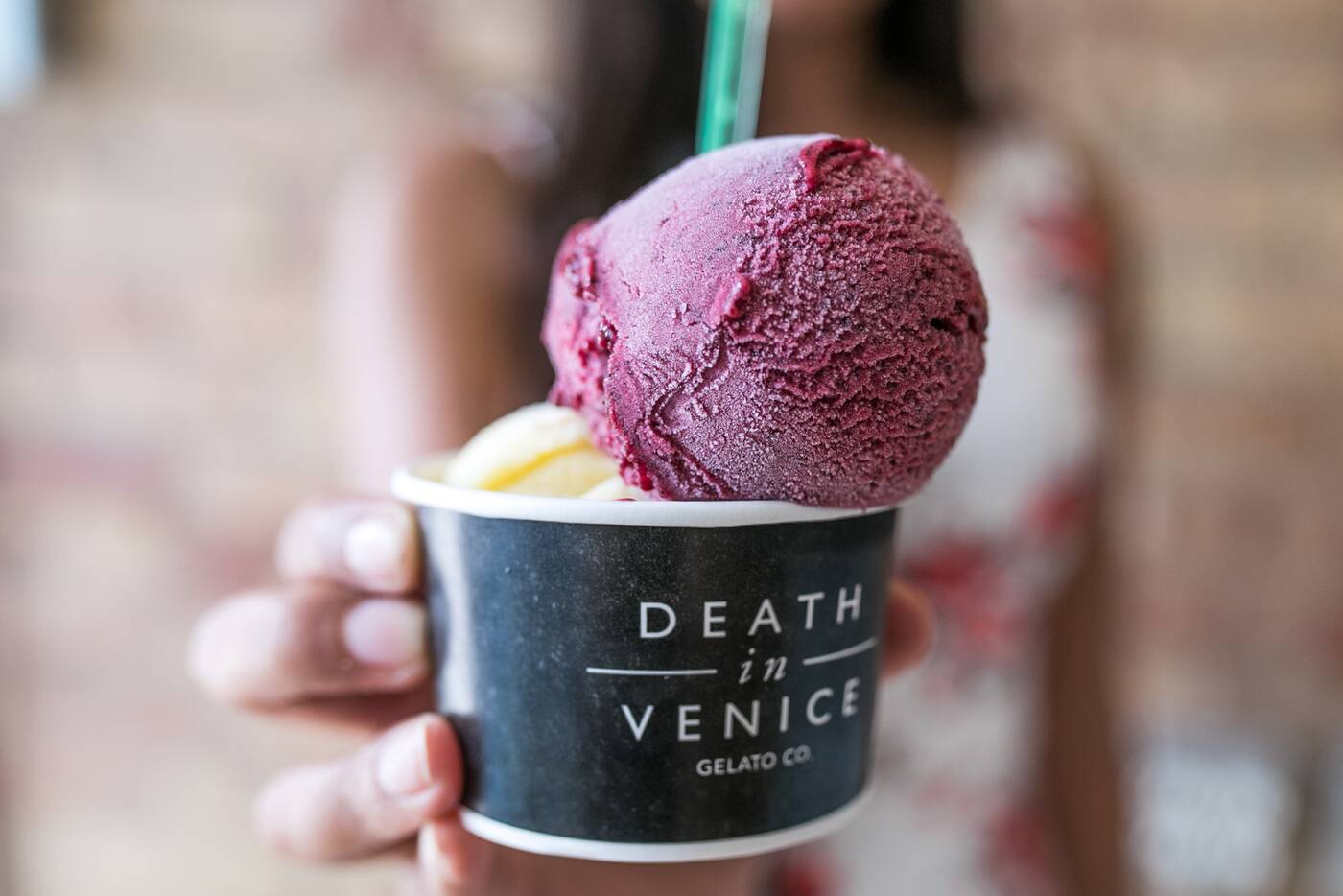 There are also lots of vegan flavours, like a bright mango coconut lime leaf flavour and floral yet tart blueberry lavender lemonade. 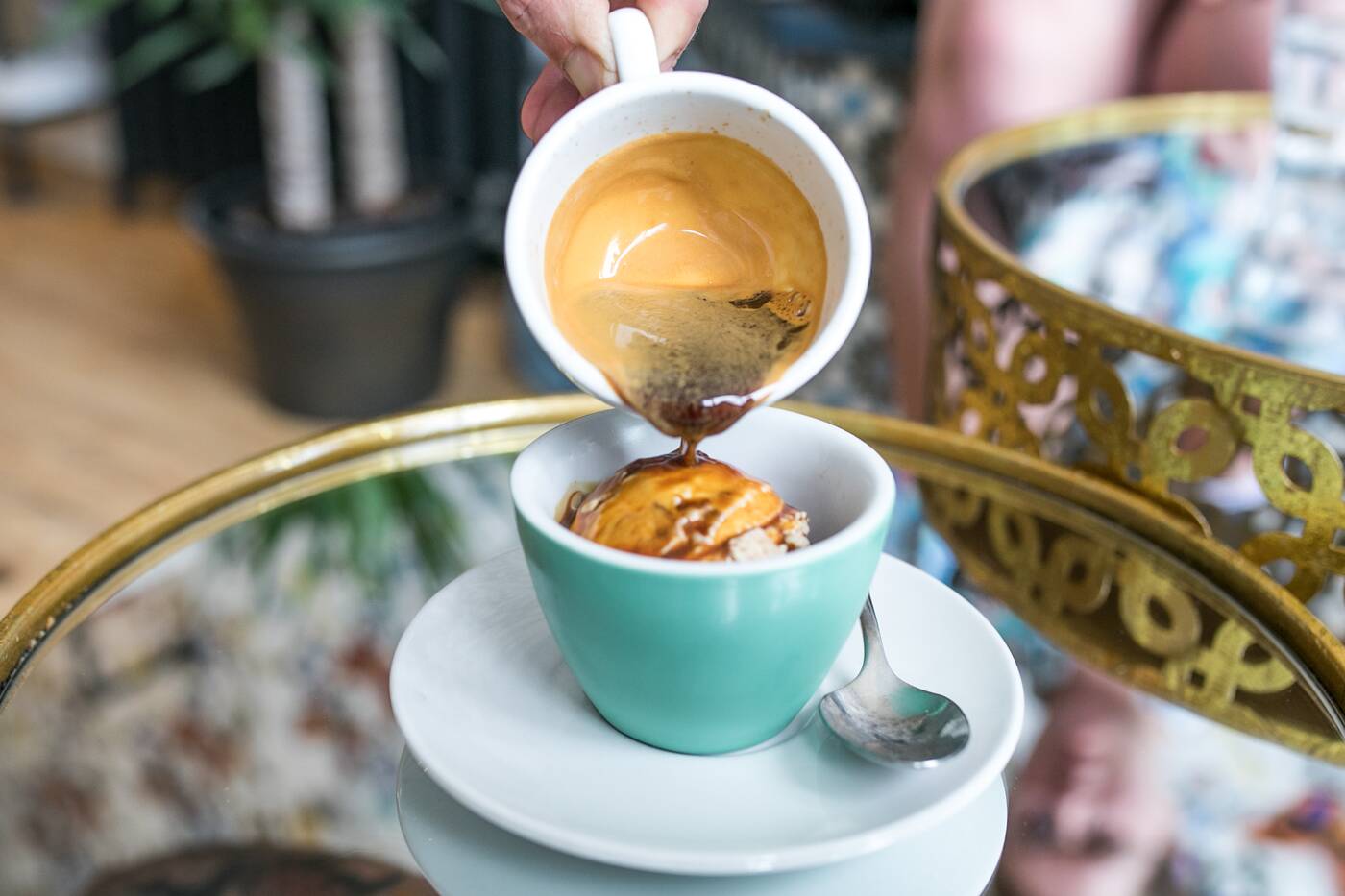 Make any flavour into an affogato ($7.50) with Propellor coffee, also used for a lineup of typical cafe beverages. 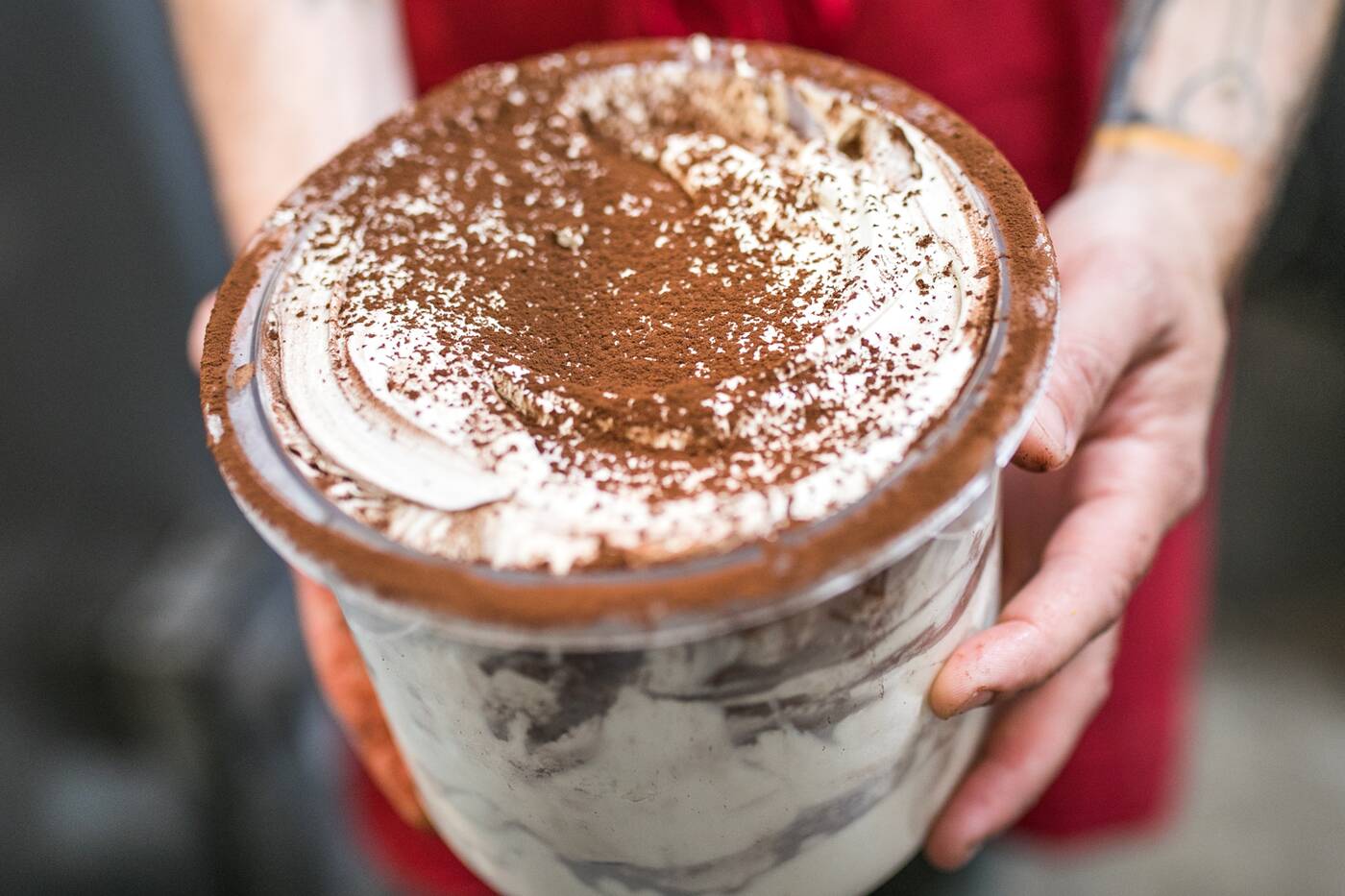 It’s especially appropriate with a tiramisu flavour, made with espresso, egg yolk, and ricotta rather than mascarpone for a fluffier texture. 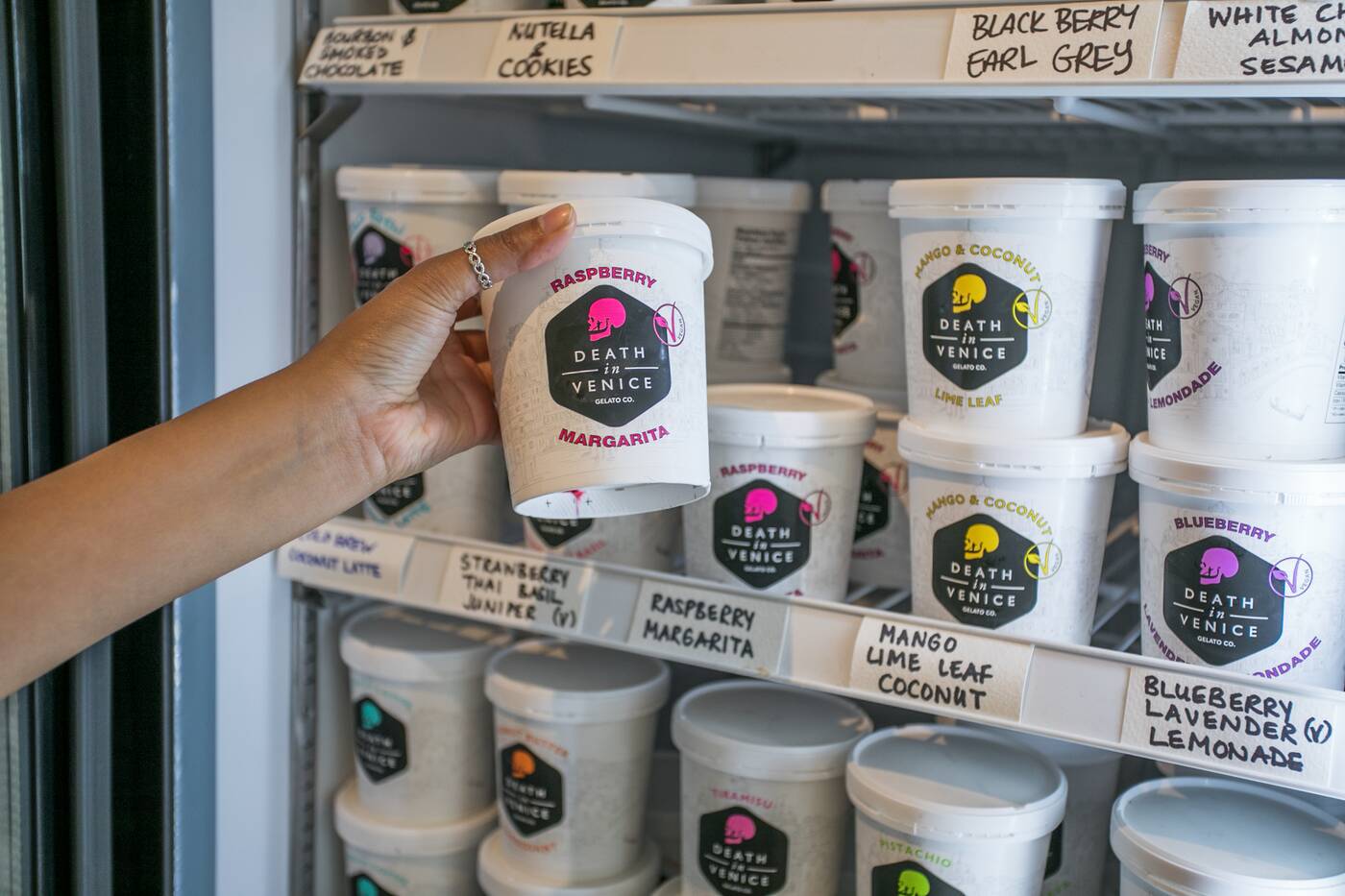 There’s typically a good selection of around 20 flavours of take-home pints ($10.99) available at a time. 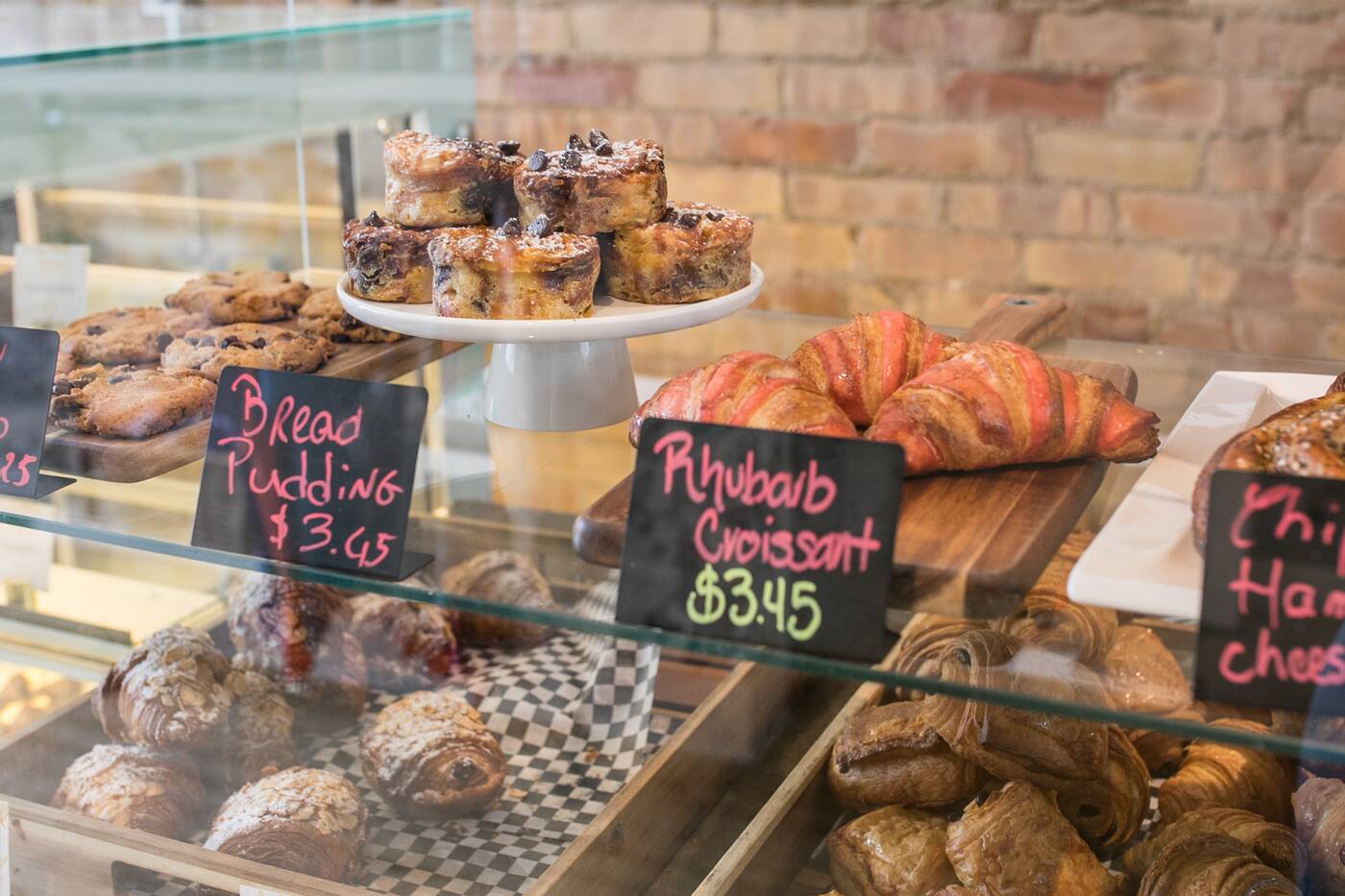 There’s no full-on food menu here like there once was at the last location, but the lab is home to pastry maker Hadrien Verrier and also retails his creations. 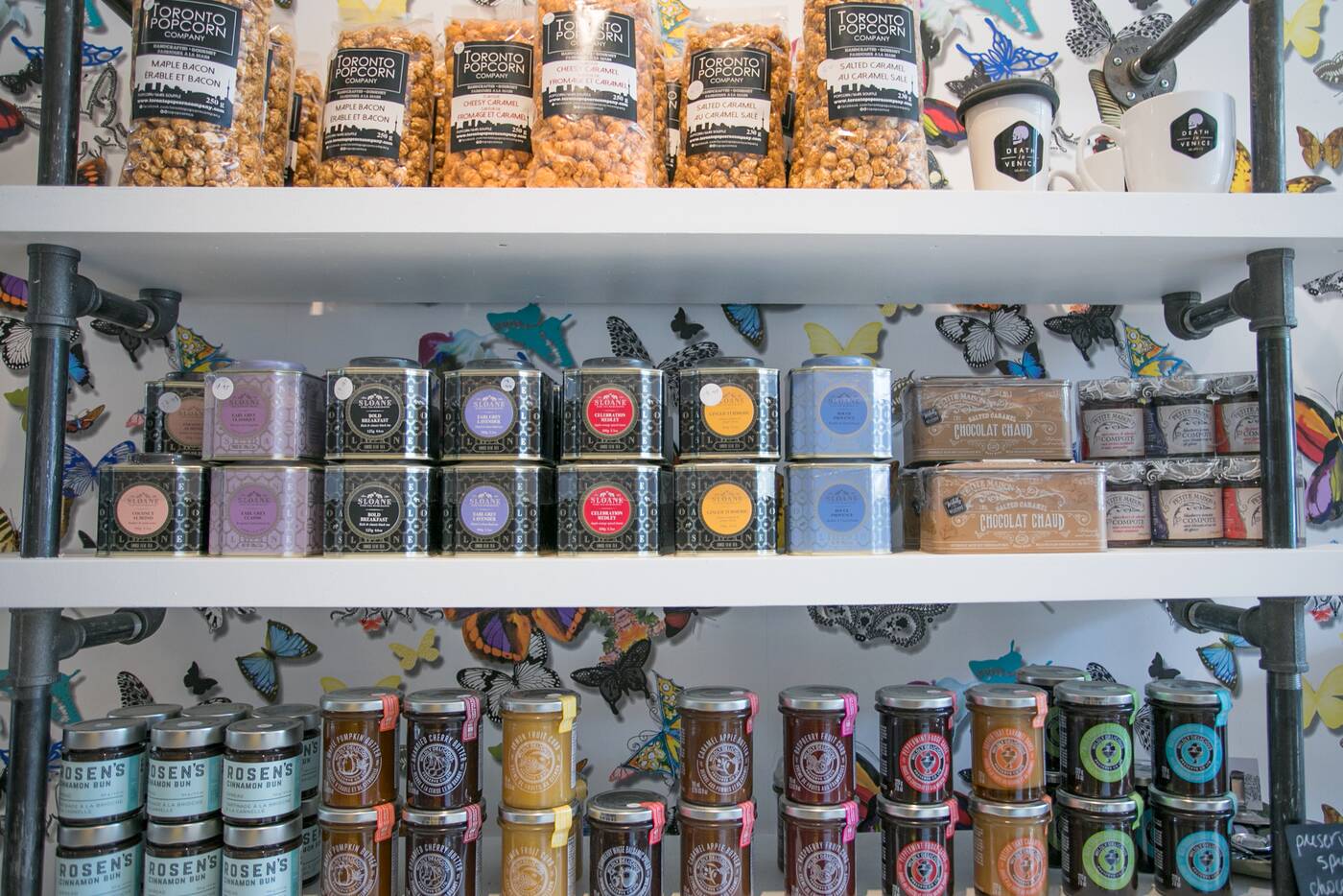 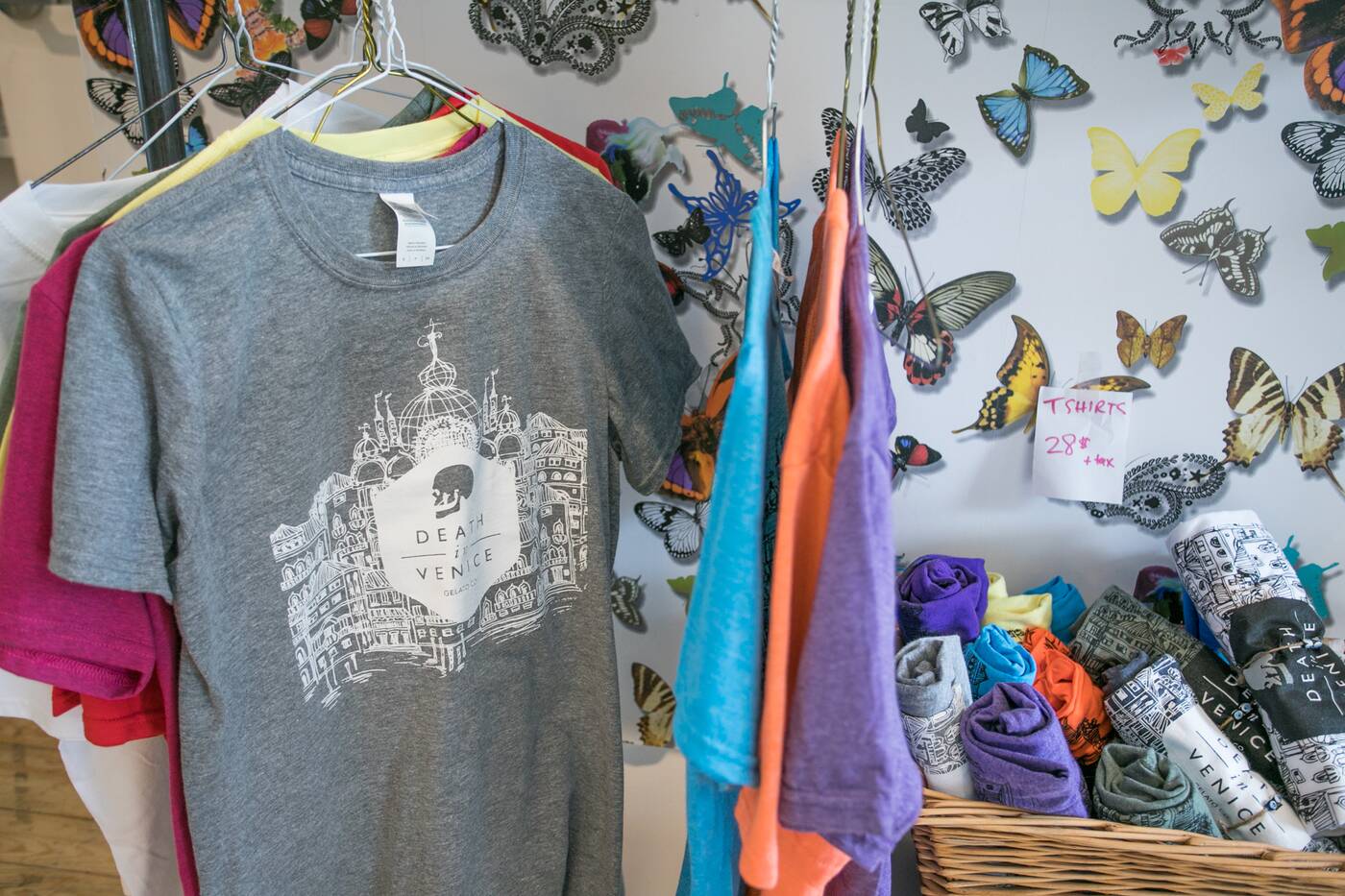 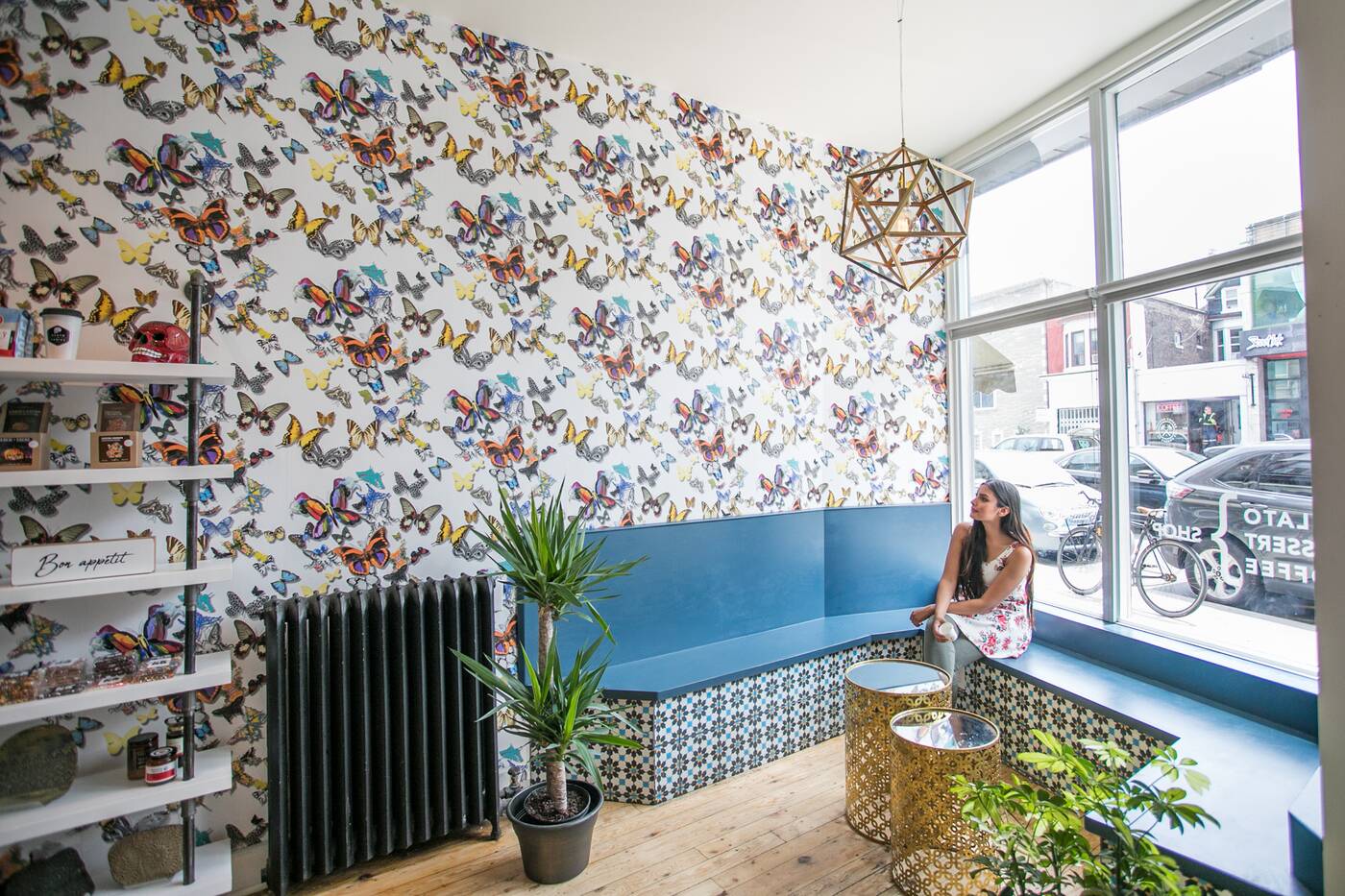 You can also find Death in Venice gelato retailed at lots of boutique grocery stores throughout the city like McEwan. 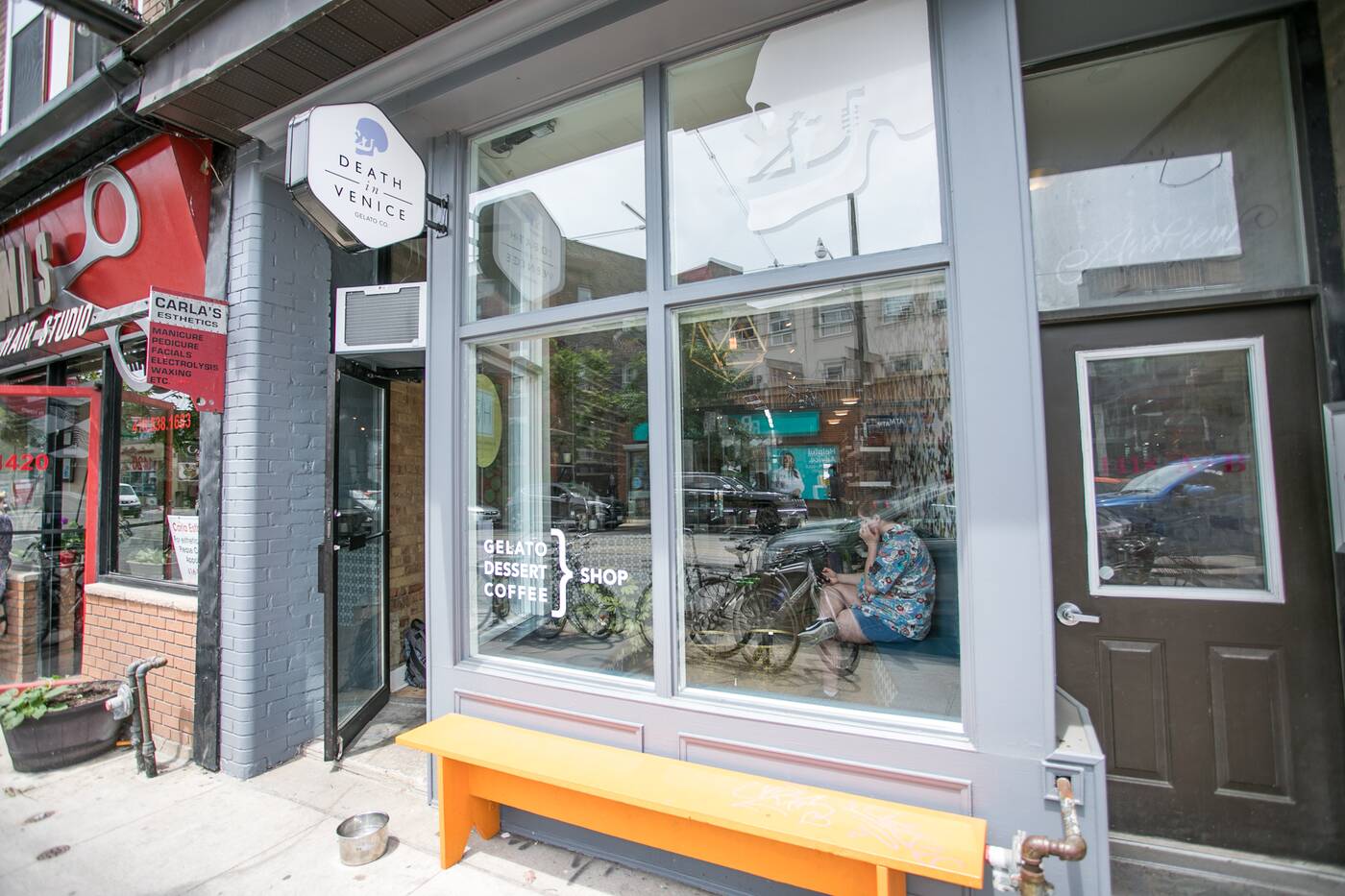