Punto Gelato is currently open but their offerings and services may be affected due to the pandemic. Please contact the business directly for more information about any changes. Is this your business? Please contact us if you would like to update this message.

Note: Gelato Simply Italian has been retitled to Punto Gelato.

Gelato Simply Italian opened its doors three weeks ago at Yonge and Davisville in the space formerly occupied by the Sassy Bead Company. The Midtown area of Toronto now has another share in the gelato market alongside such favourites as Il Gelatiere Artlgianale , the Mad Italian , Xococava and Hollywood Gelato . 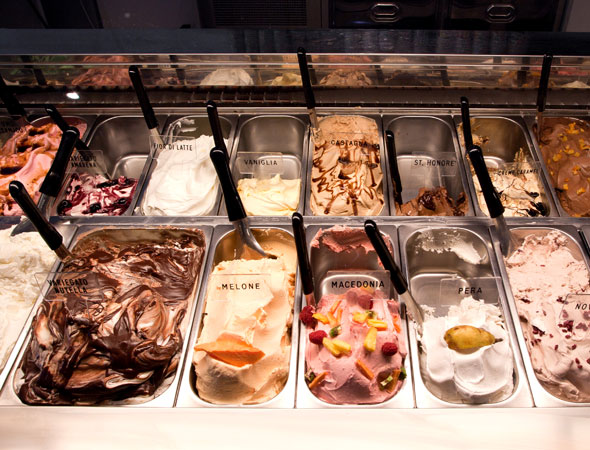 Owner Allesandro Buccianti is expanding his business with various sandwich offerings such as panini, tramezzini (triangular) and piadini (flatbread). ($6.00-$8.00) But today we're focusing on gelato and this place sells 48 flavours at any given time. Allesandro boasts that he has recipes for 121 flavours which he continually rotates or prepares seasonally. 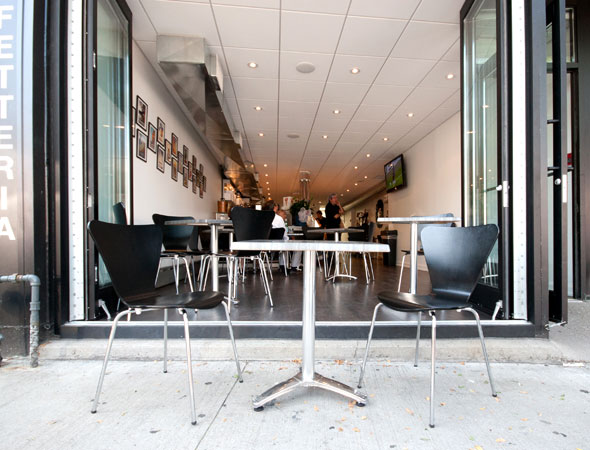 The decor is modern and roomy with Italian Art Deco prints and huge folding doors which open to allow the light to flood in from Yonge Street. Imported Santal Italian juices and delicate marzipan fruits are available for between $1.50/$2.50 each. 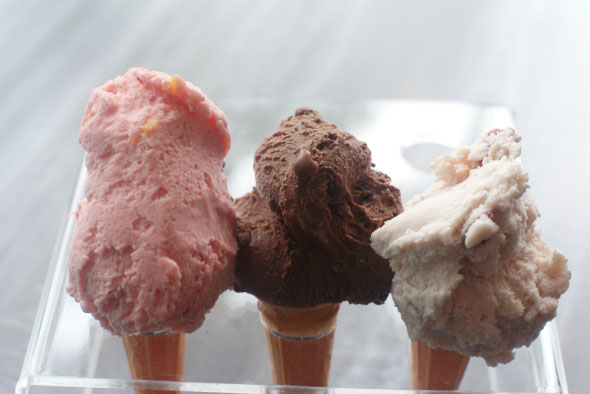 It's difficult to choose but we start with a sample of three mini cones: the Macedonia (mixed daily fruits), Cioccolato al Peperoncino (dark chocolate with chilies) and the Novita (Pomegranate). The Macedonia is bursting with flavour and tiny specks of cantaloupe, kiwi and pineapple poke through a raspberry base.

The Cioccolato al Peperoncino has a rich dark chocolate base with a smoothe spicy aftertaste. The Novita is a very intense blend of sweet and sour to balance the bitterness of the pomegranate. Plus it's loaded with big juicy seeds which explode in your mouth.

We order a large cone ($5.00) with three flavours and choose the Fior di Latte (Vanilla), the Crema (Italian custard) and the Frutti di Bosco (Mixed Berries). The Fior di Latte is rich and creamy with a smoothe shot of vanilla. The Crema is more dense and flavoury and almost resembles their Zabaglioni recipe. The Frutti di Bosco is brimming with fresh chunks of blueberries, raspberries and blackberries and is loaded with flavour. 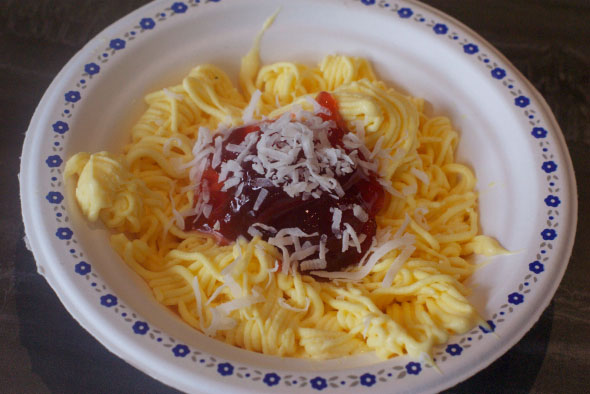 The Spaghetti gelato is an interesting concoction created by using a giant gadget that resembles a garlic press. The Crema gelato is pressed through to resemble spaghetti and the finishing touch is a spoonful of strawberry jam and shaved coconut. ($6.00) It's a bit too sweet for me but will definitely put a smile on anyone's face! 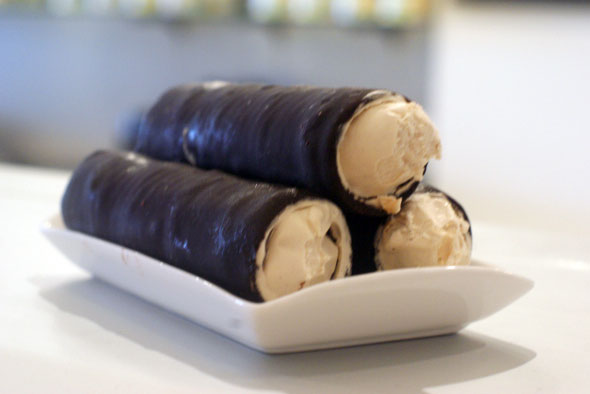 Cannolo ($2.50 each) are dark chocolate dipped cannoli partially frozen with a semifreddo centre which resembles a mousse. This decadent creation is both crispy and velvety at the same time. 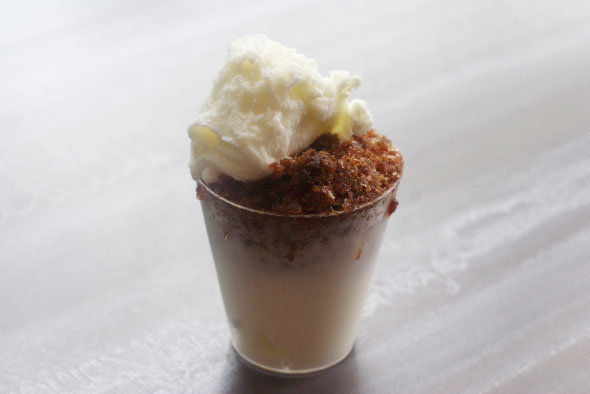 Allesdandro decides to impress us further with his homemade espresso Granita and if you're not familiar with granita, it's a semi-frozen, grainy ice which has a crystalline appearance. ($4.00) Served parfait style the granita melts into the whipped cream and resembles a frozen coffee. 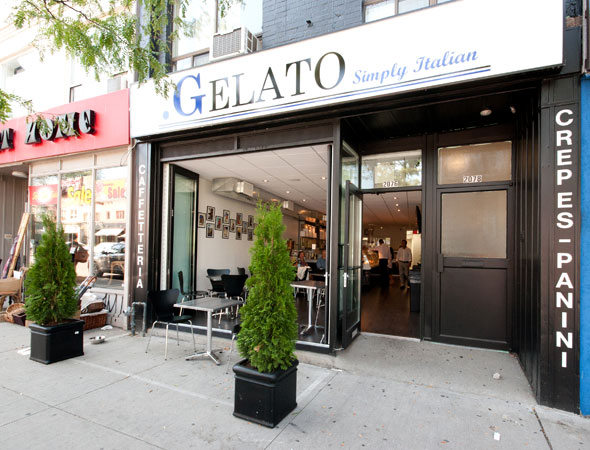