Hollywood Gelato is proof that gelato is not simply a Toronto trend. Naturally made, made-from-scratch, freshly prepared gelato, that is. Hollywood Gelato has been around for eons compared to all the new gelato shops sprouting up around the city. Founded in 2001, the South Bayview shop is a family operation and offers 22 gelato flavours in store, with new varieties often popping up all the time. 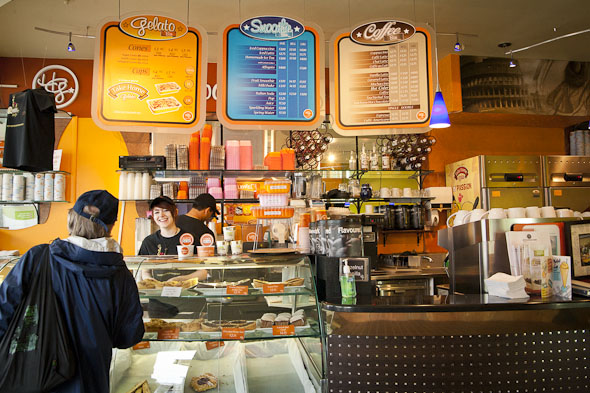 I made my most recent trip to Hollywood Gelato on a sweltering afternoon when like-minded individuals had already taken up on the shop's patio, which stretches across Bayview and along Manor Road. Hollywood Gelato won my allegiance at its front entrance, where a big metal bowl was filled to the brim for thirsty canines in the area. A simple gesture, but it always makes a shop feel homey. So much so that I almost didn't notice the mechanical peddling duck encased half in glass to welcome customers. Almost. 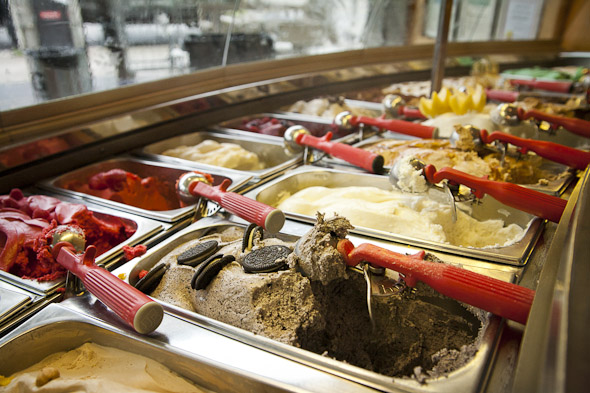 Inside, Hollywood Gelato looks as a fun family shop should. White and green booths, raised tables, high stools, and colourful displays low enough for little eyes. It has all the staples, such as dairy-free Raspberry, Mango, Lemon, and other fruit flavours, as well as Mint Chocolate Chip, Hazelnut, Cappuccino and Tiramisu. The associate manager tells me Rocky Rocher is a regular favourite, as well as some of the more unique flavours including Brownie Batter Chocolate Candy, Peanut Butter Chocolate Wafer, and Twix. 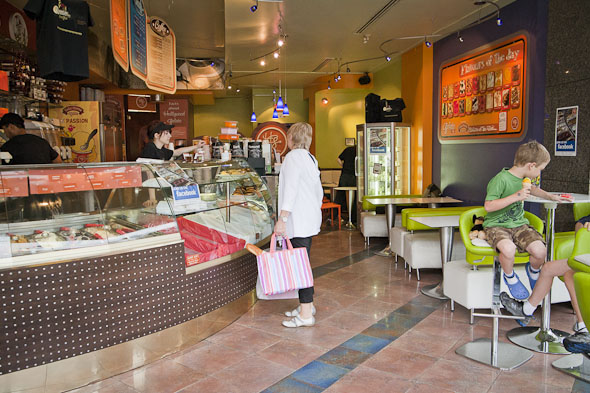 The owners of Hollywood Gelato have also been working for years to develop their signature Quantum Gelato, which comes packaged in its own 150ml little cup. The gelato, which comes in Chocolate and Cappuccino, has been developed to be very high in fibre (9g), high in protein (20g), and low in fat (2g). The look of the fresh lemon gelato trumps all of those details for me, and I order a small scoop ($3.95/$4.95/$5.95). 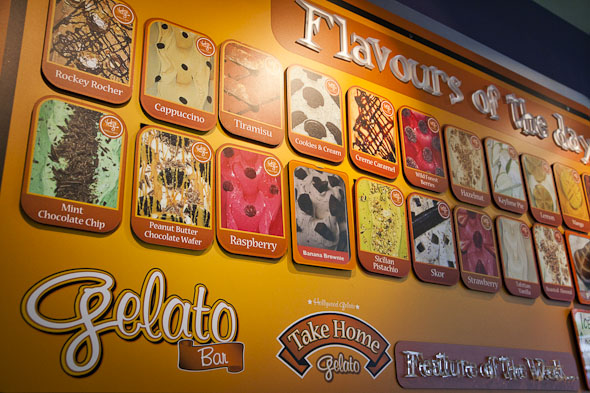 The lemon gelato is so good it honestly reminds me of the gelato I've experienced in Italy (and yes, "experienced" is the right word). It's ripe with lemon flavour and sweetness, and just a hint of sour rounding out the taste. According to the staff, a scoop of the lemon gelato is great in a glass of Hollywood Gelato's homemade iced tea. The shop also serves affogatos ($4.00) and other specialty coffee drinks, as well as smoothies, milkshakes, and Dufflet pastries. 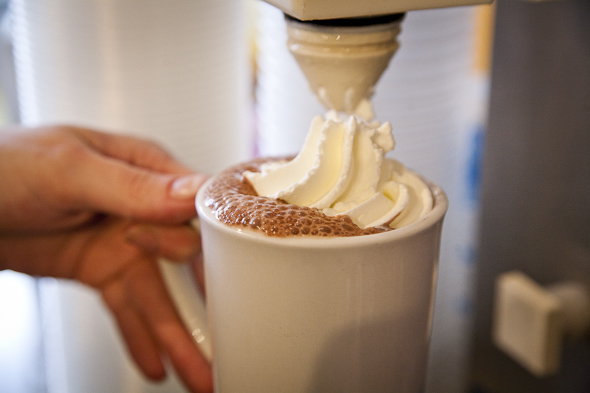 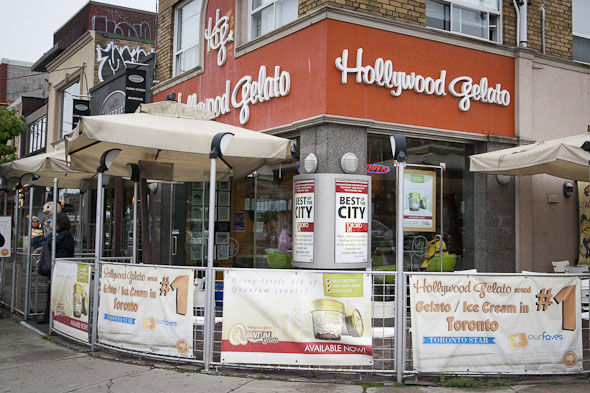