Dav's Hotspot is open for takeout and delivery. Masks are mandatory. There are floor markers and hand sanitizer is at the counter.

Dav's Hotspot whips up all of the ultimate comfort foods like loaded mac and cheese, pasta, wings and seafood while adding in plenty of Caribbean flair.

The spot on College Street comes as the second location with another near Pearson airport in Mississauga. The very first Dav's Hotspot however was at the owner Davielle Rose's own apartment where she got her start cooking and selling her culinary creations. 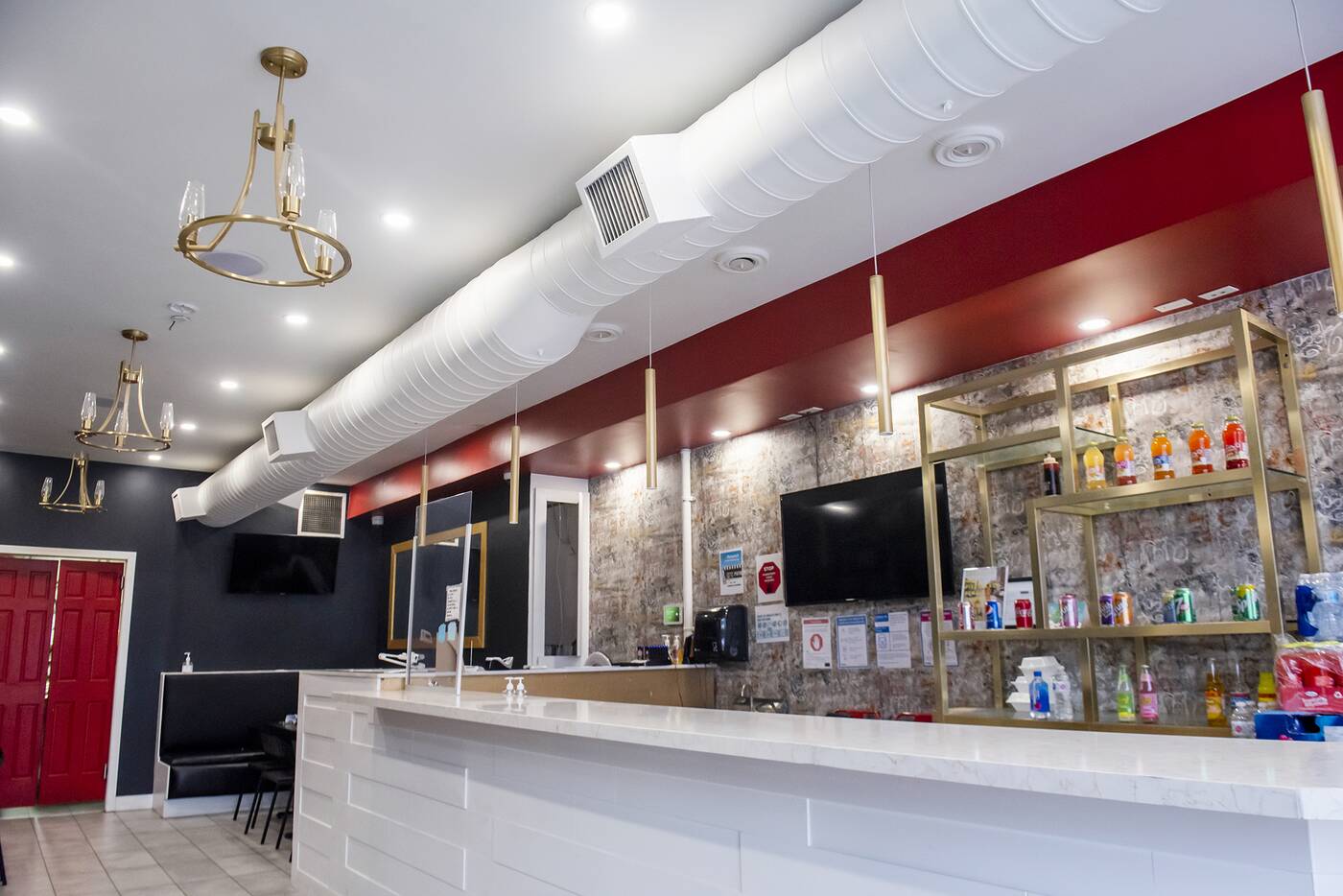 The most popular of the dishes created in Rose's kitchen are now cooked up at this late-night spot, coming in hefty portion sizes with a generous amount of flavour to match. 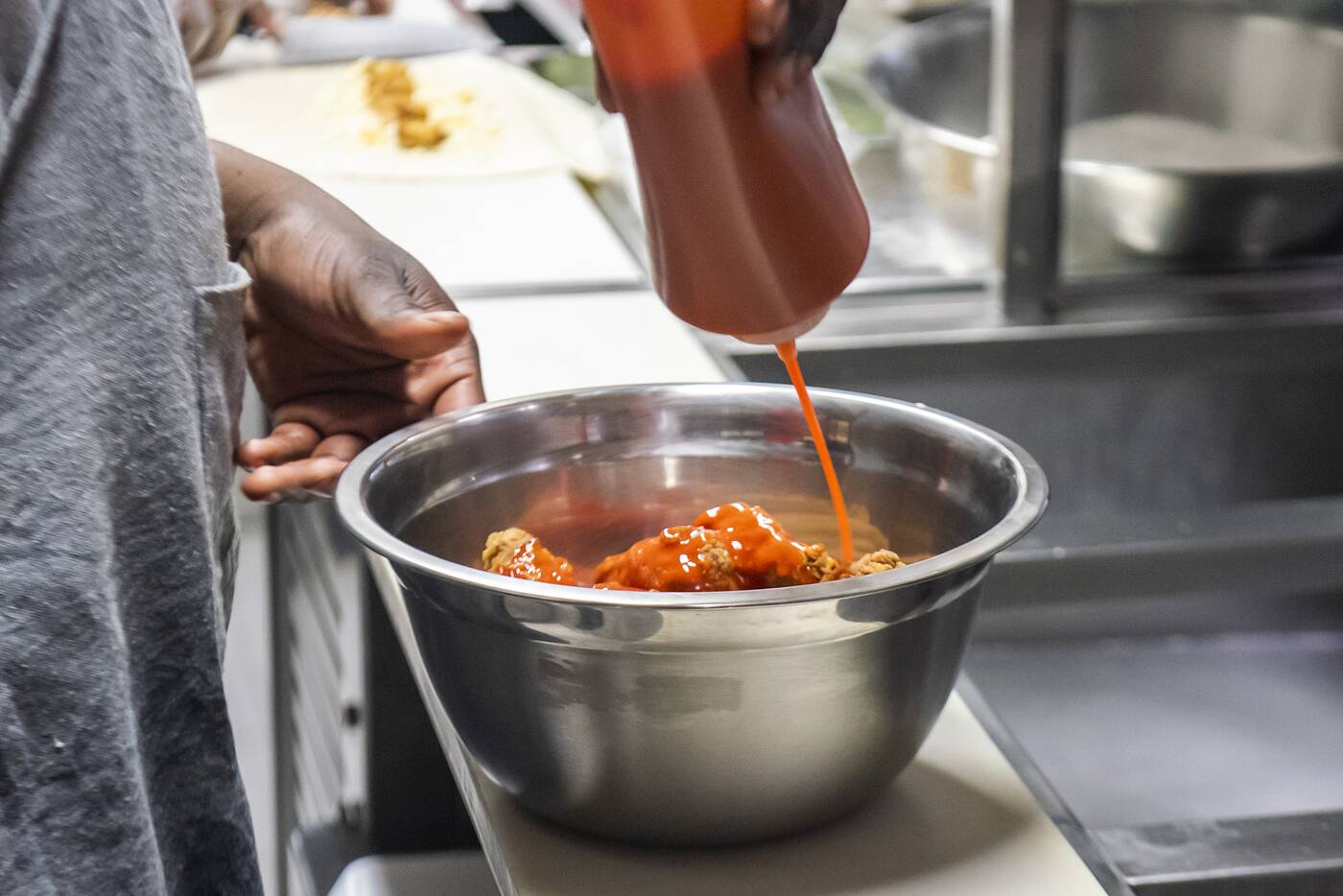 Everything on the menu can come loaded with wings, cajun jumbo shrimp and covered in secret sauce. The tangy sauce was created in the early days in Rose's home and remains a secret even to the other cooks at the restaurant. 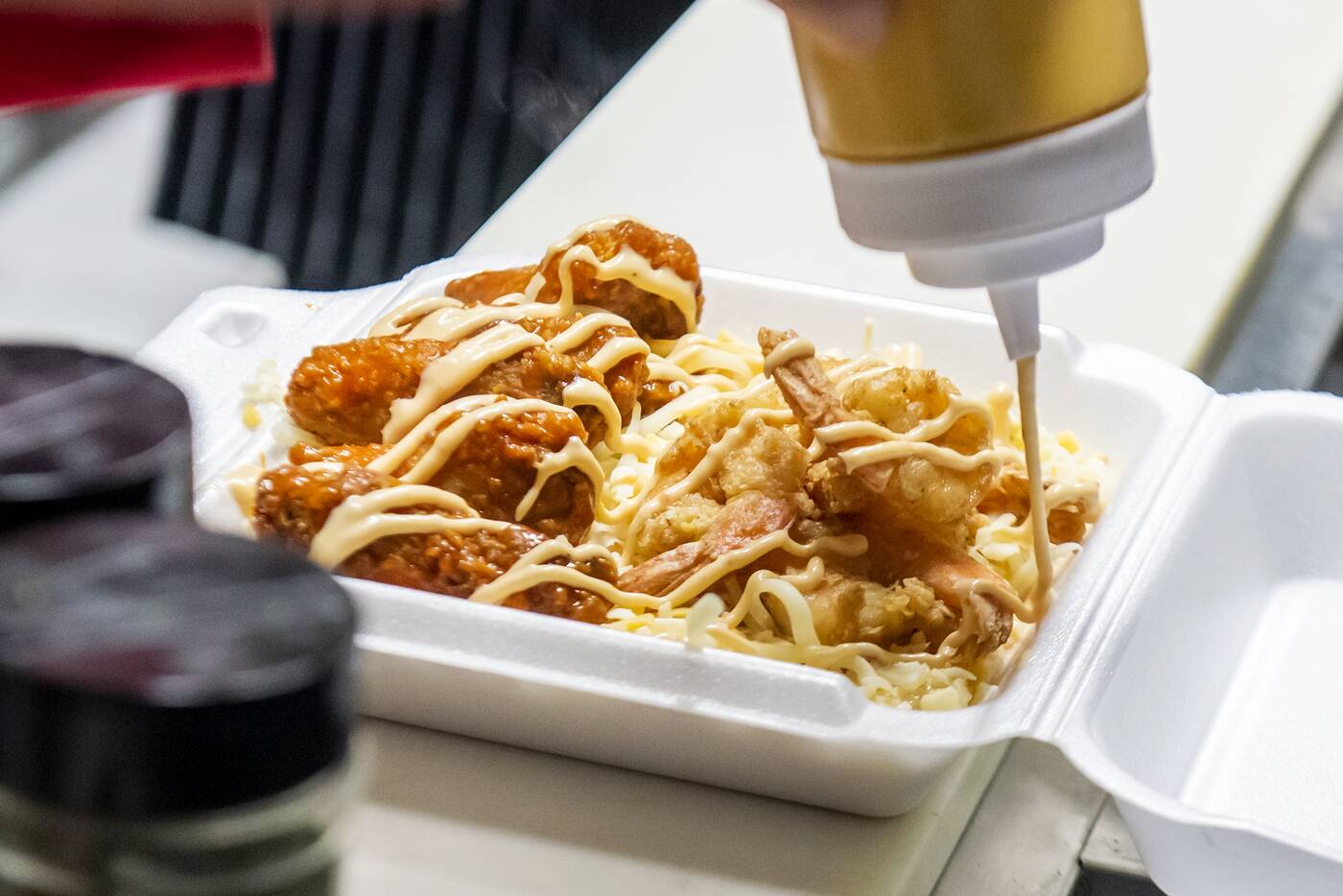 The mac and cheese ($25.98) is made fresh every day and can come regular with just cheese, seasoned with minced onion and black pepper or spicy with cajun seasonings. 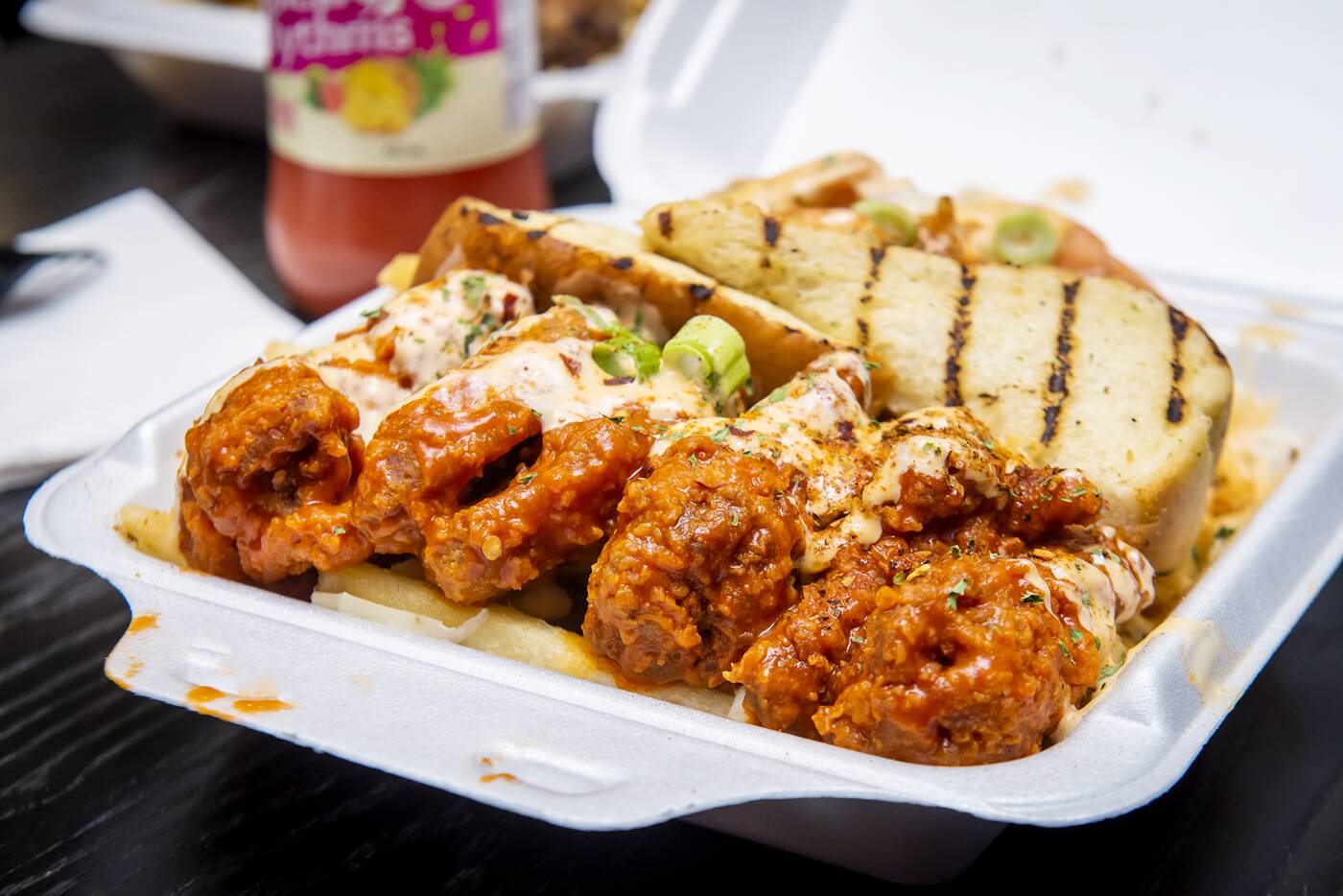 We keep it simple with the standard cheesy macaroni. The six buttermilk fried wings (best tossed in a buffalo sauce), big pieces of juicy shrimp and two pieces of garlic toast make the meal.

The mac and cheese can also be loaded into a wrap ($19.99) with chicken and shrimp, and of course, Dav's secret sauce. 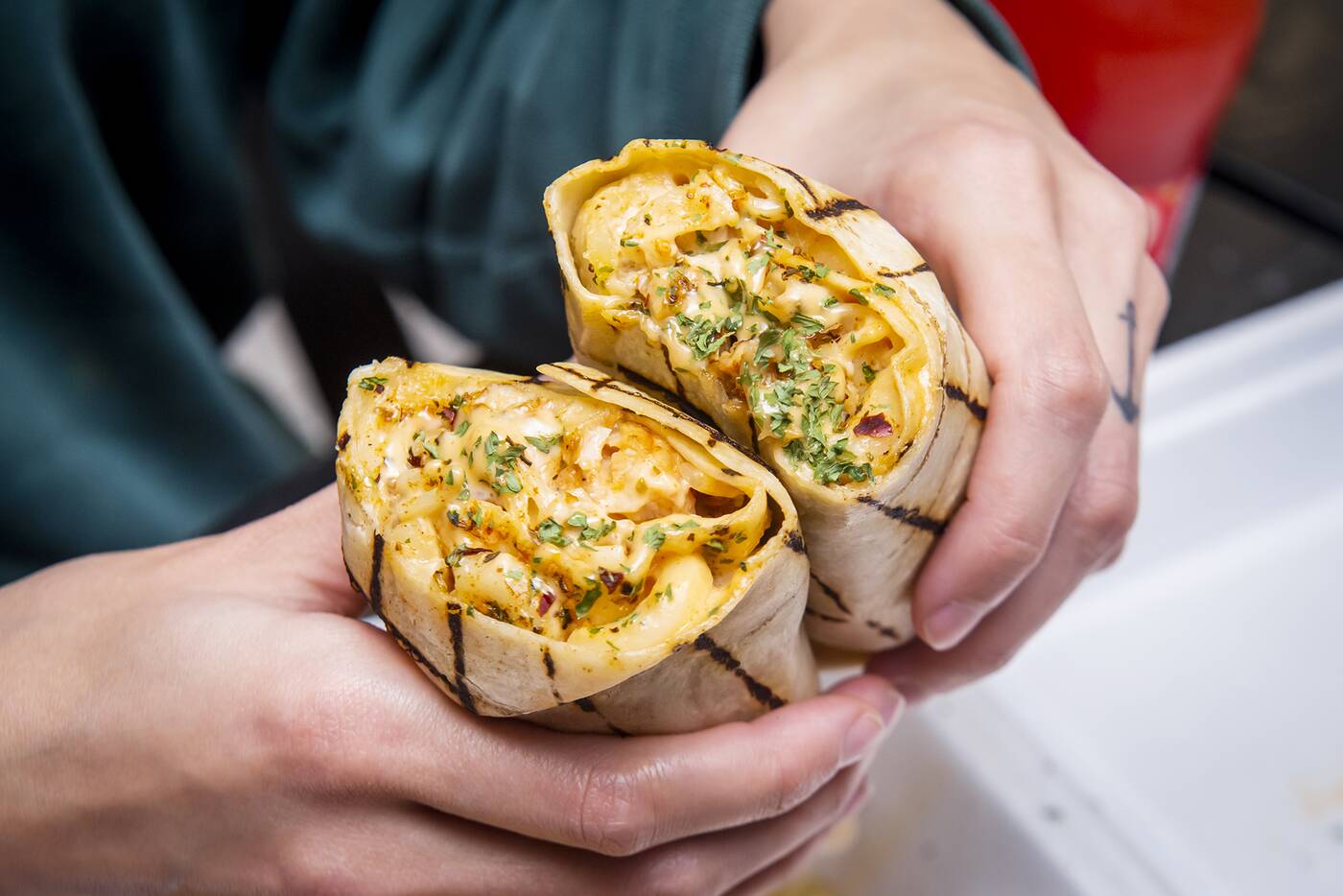 The lightly grilled tortilla is stuffed full of cheesy goodness. Although I much preferred the regular mac and cheese with wings and shrimp, it's nice to have a grab-and-go option on the menu. 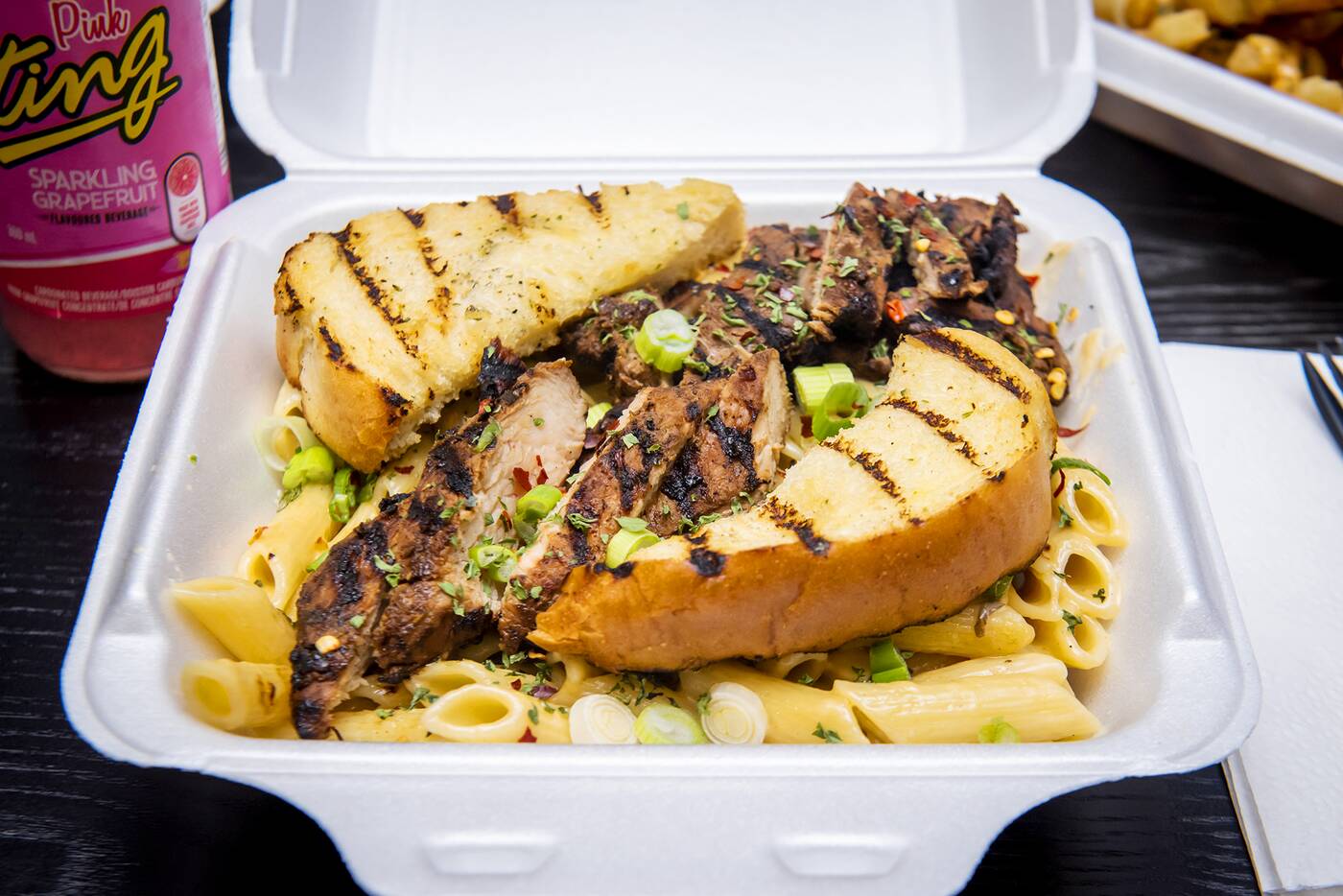 Rasta pasta ($18.99) is another one of the favourites. The penne noodles are cooked in a creamy alfredo sauce as well as a cajun spice blend. It's served with either jumbo shrimp, wings or chicken breast. 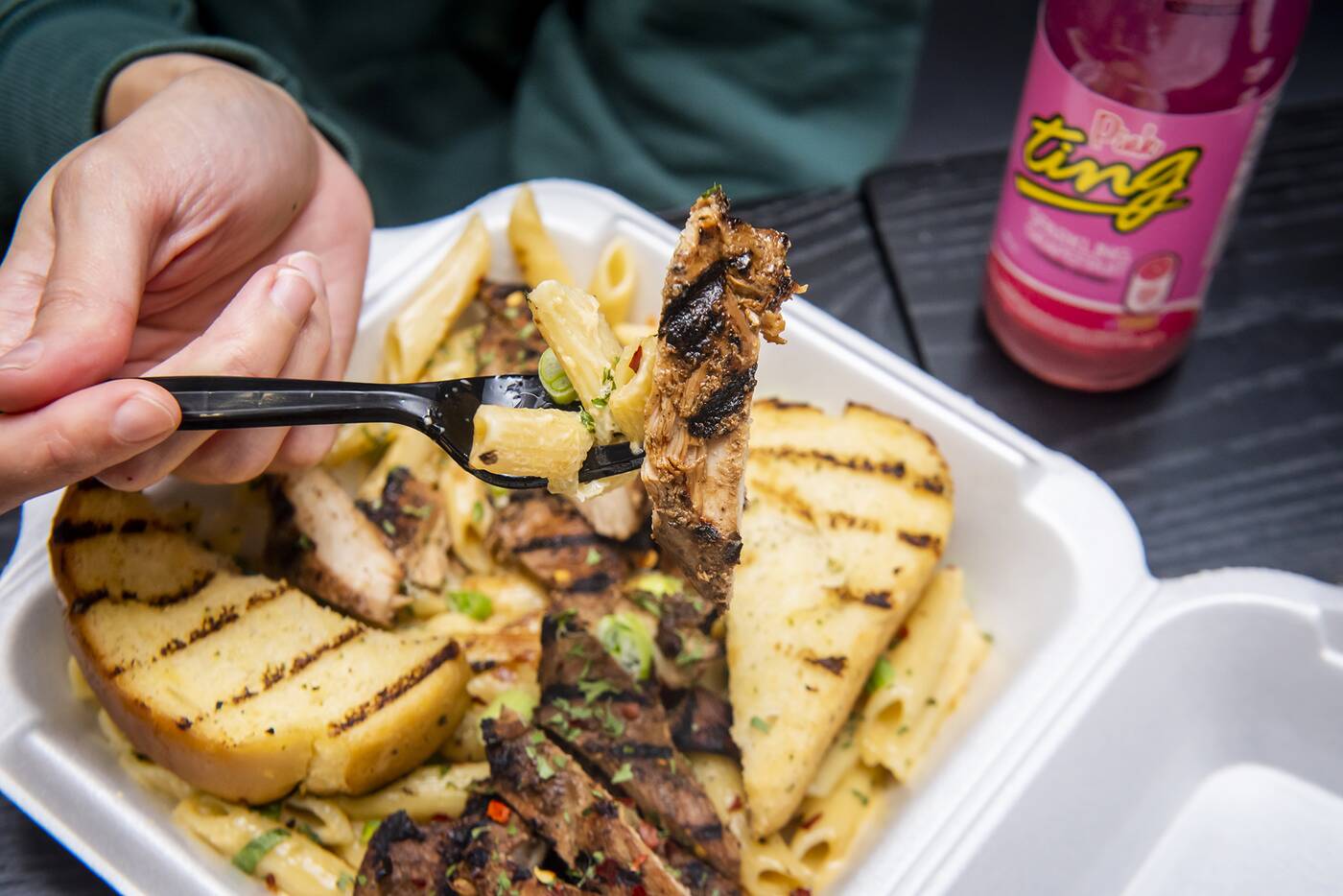 You can get creamy alfredo as well but the balance of spices on the penne and jerk chicken in the rasta pasta dish makes it much more memorable.

Dav's Hotspot has been known to attract lines of customers in need of some comforting eats to its Mississauga location and the spot in Little Italy should be no different. 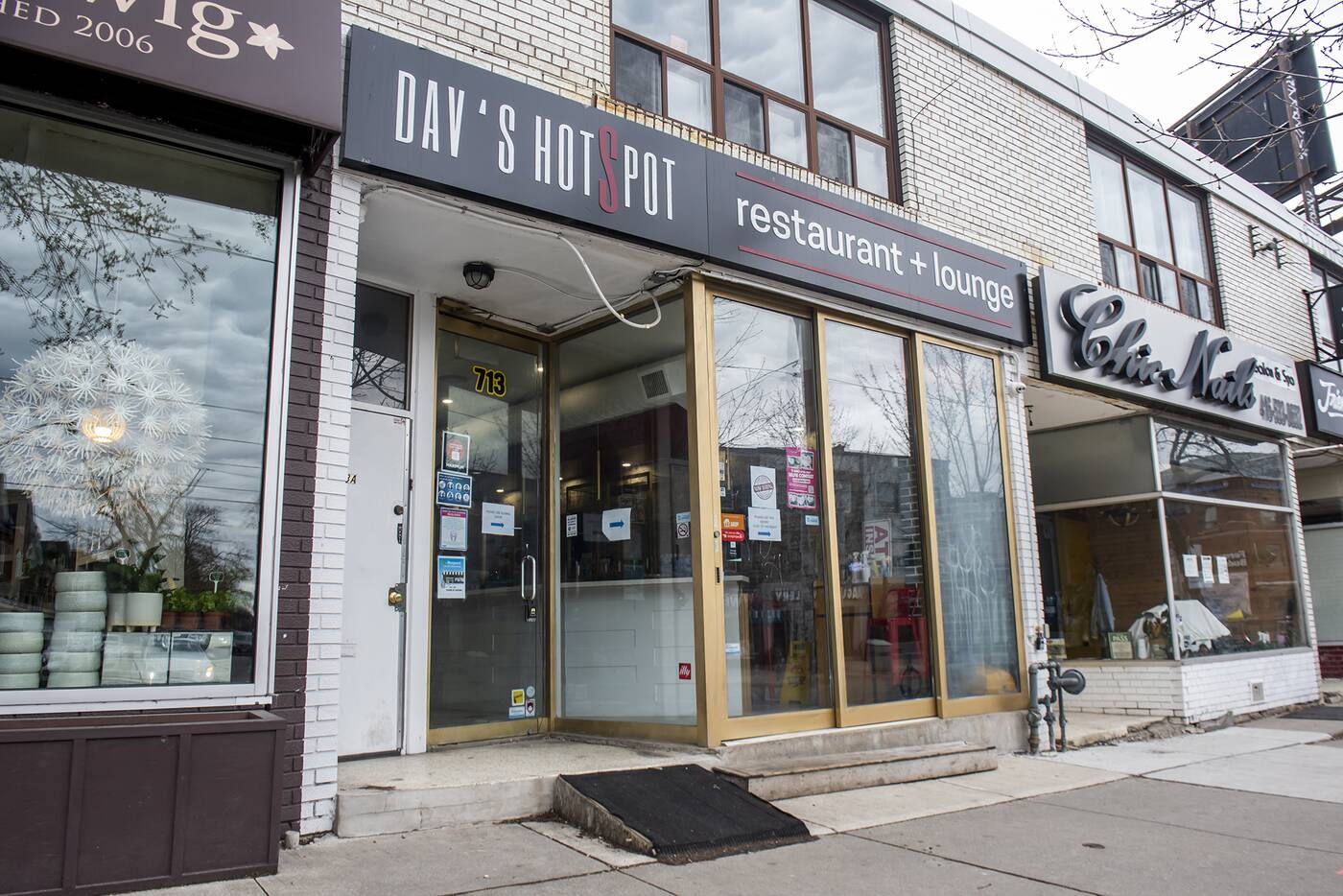