Scarlet Ibis is a family-run spot for West Indian eats.

Despite taking its name after the national bird of Trinidad and Tobago, the restaurant has been a Guyanese staple for nearly 20 years. 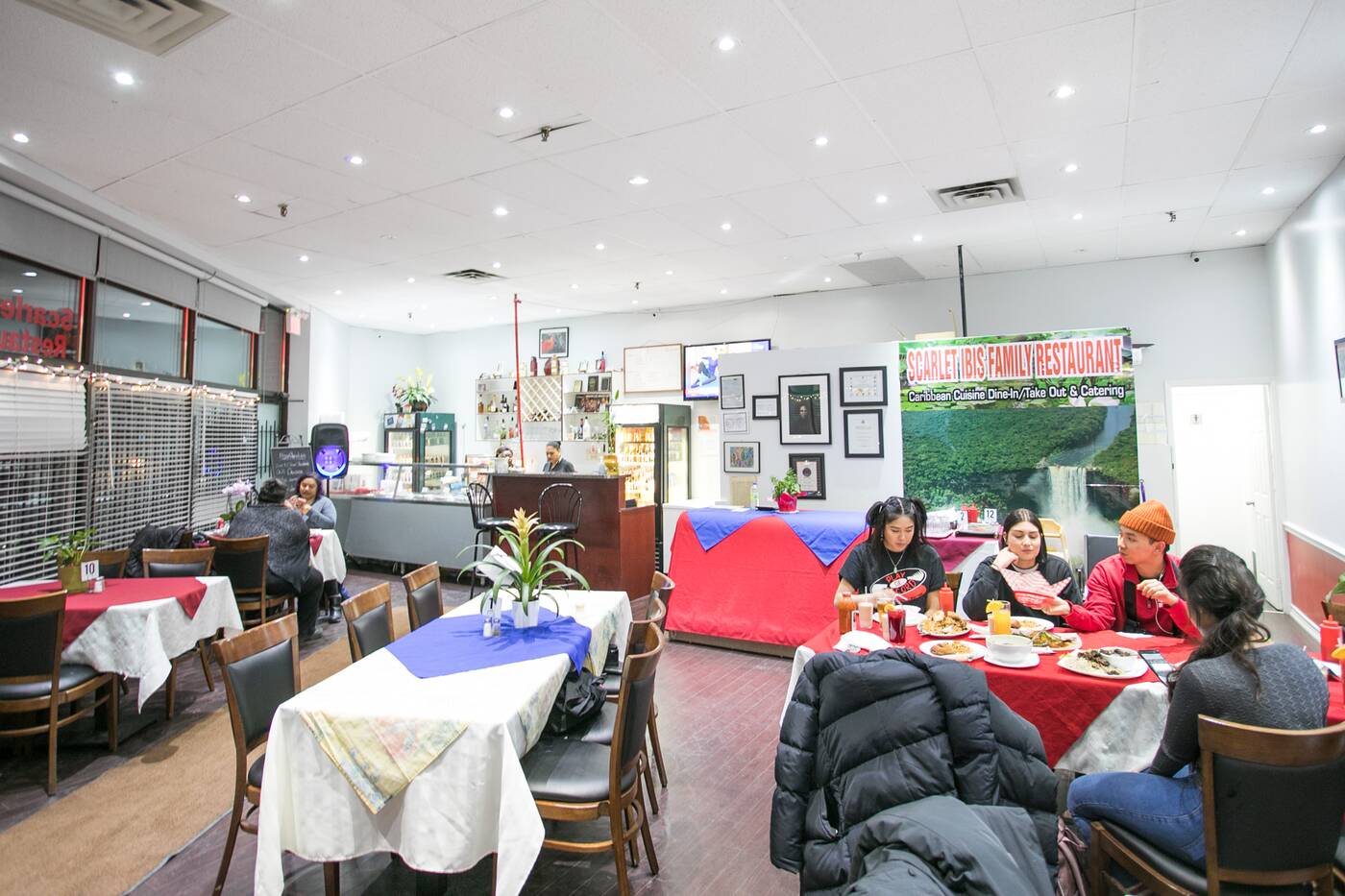 Owners Maylene Seecharran and Michael Mohamed took over the original East York location in 2001, where they amassed a loyal following before fleeing the LRT construction in 2019 for greener pastures—in this case, a plaza in deep Scarborough. 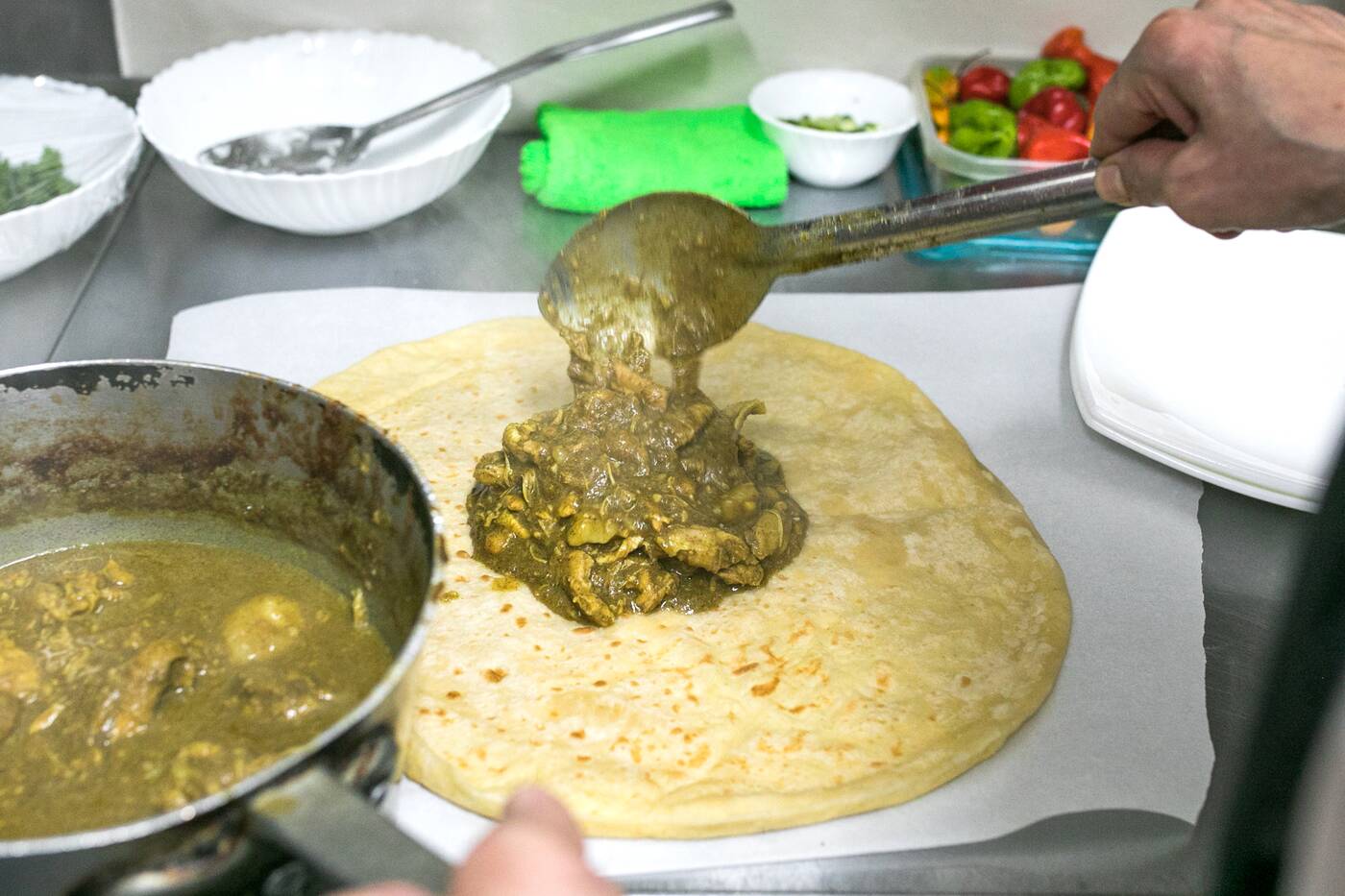 The restaurant is a casual spot, equipped with a hot counter for lunchtime specials (about 12 common options like curry goat, rice and peas, and chow mein).

Guyanese culture is a hodgepodge of ethnic identities, and their cuisine reflects that, with food influenced by—just to name a few—African, Portuguese, Creole, Chinese, and Indian cuisine. 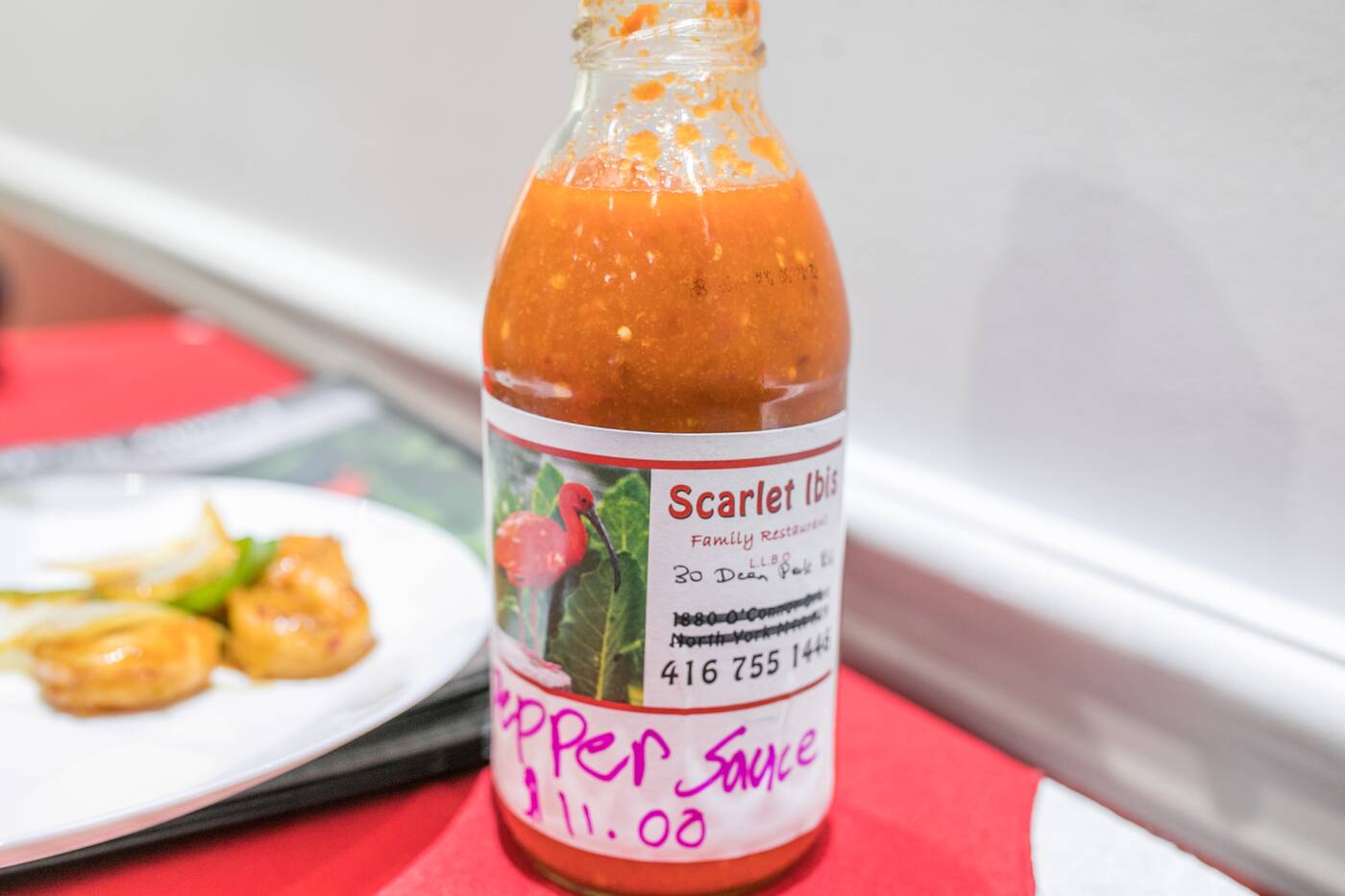 Maylene's home-style cooking is the best way to try Guyana's fried, stewed, and spicy food in its truest form. 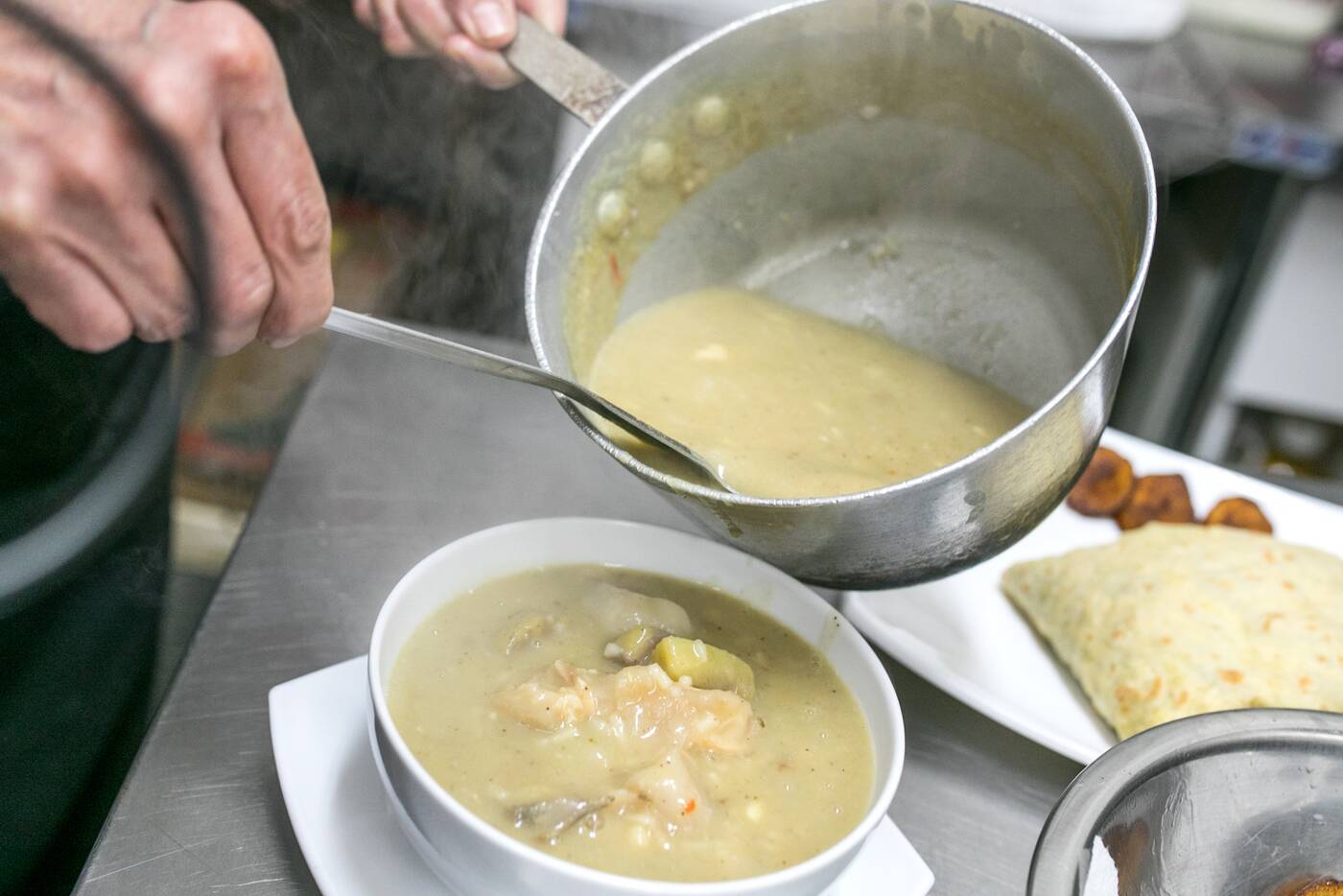 It's here that I have my first experience with cow heel soup ($4.95 for a small), a Caribbean favourite that takes the fatty hoof of the cow and simmers it down with a slew of other starchy ingredients like eddoes, green plantain, chewy dumplings and yellow split peas. 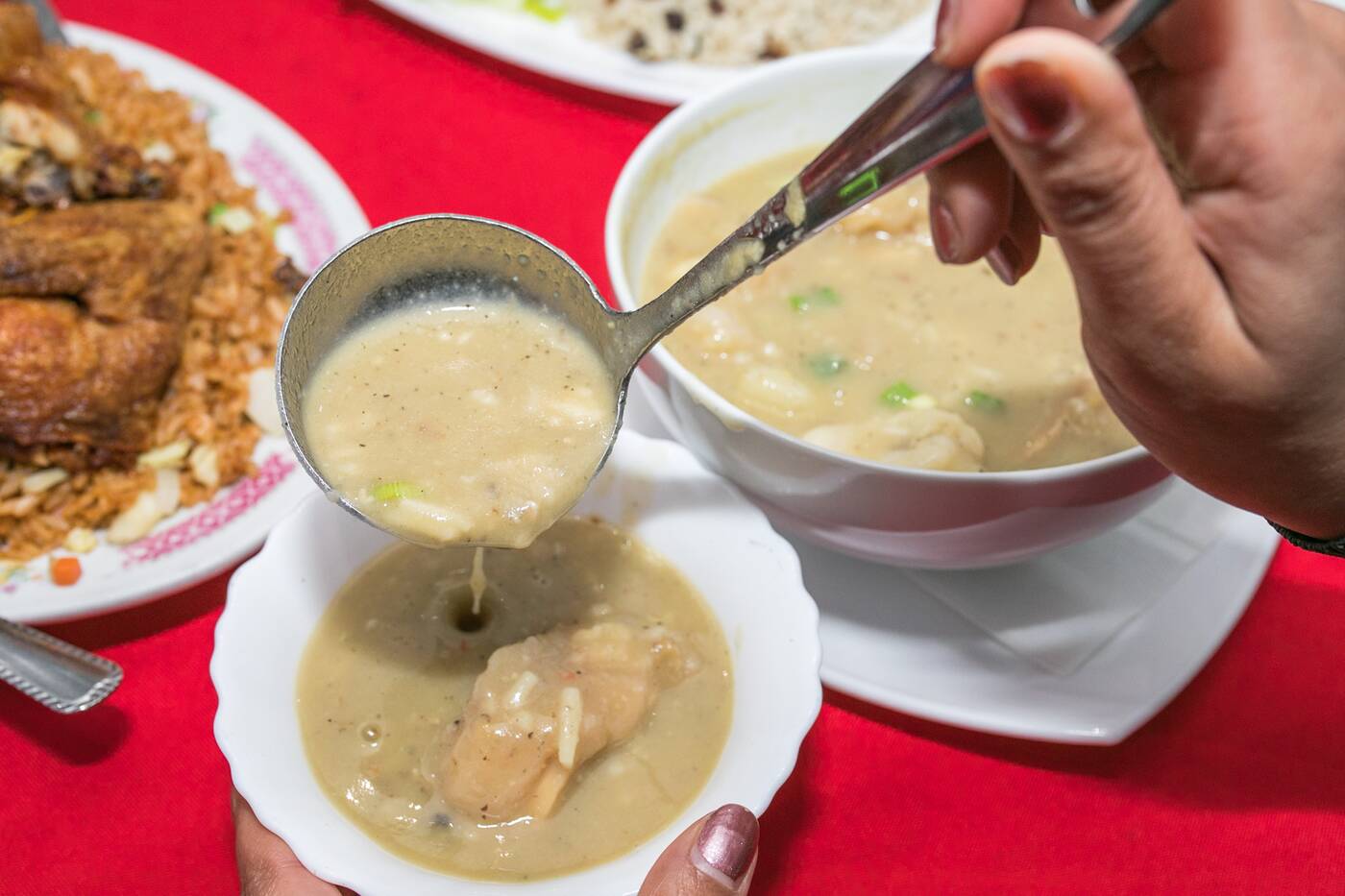 The viscous stew is hearty, salty, and immediately becomes my new favourite soup. 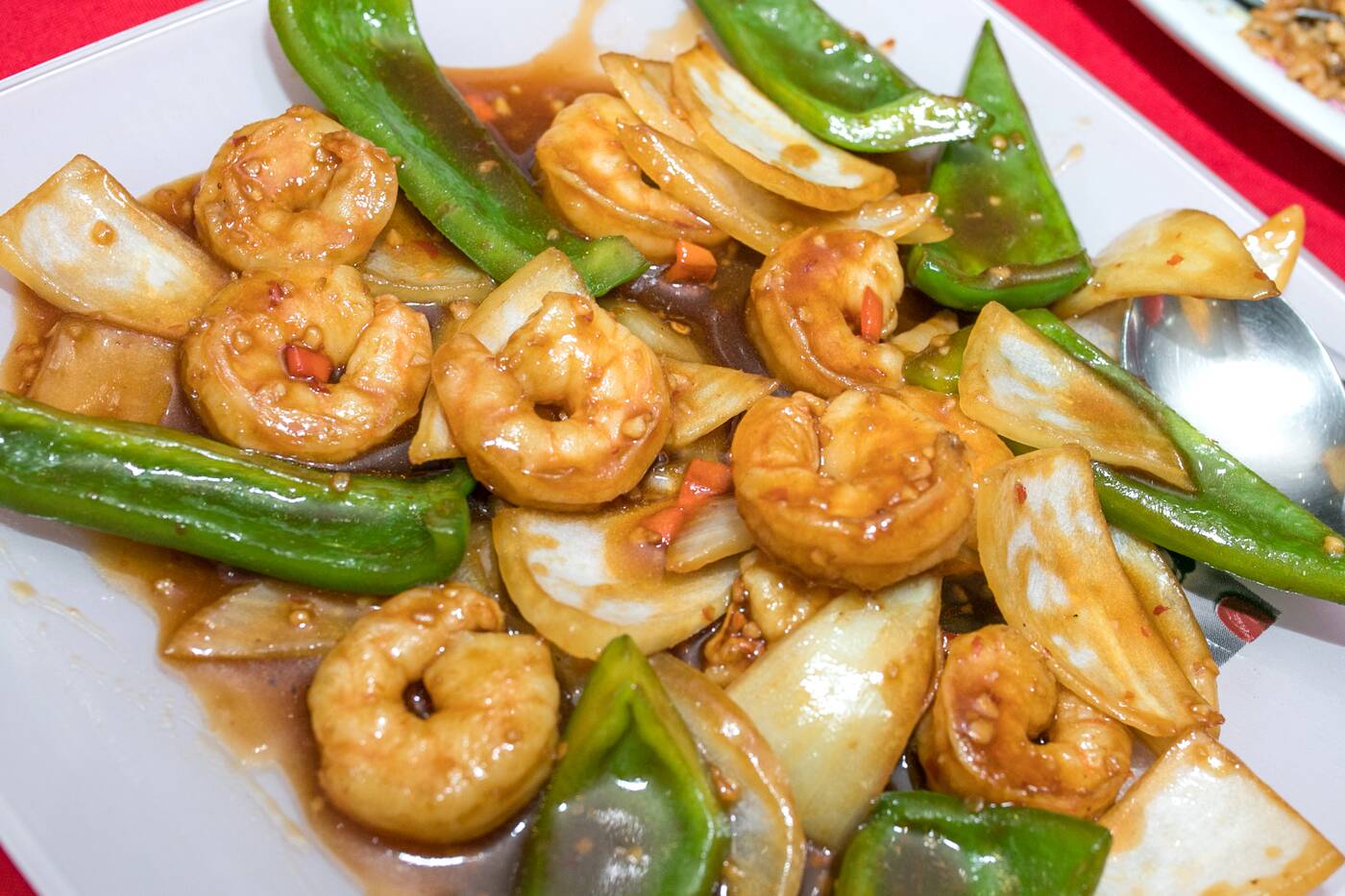 If you want to add more heat to the tasty pepper shrimp ($13.95), you can add a scoop of their housemade hot sauce, made from habanero and ghost peppers grown in Maylene's backyard. 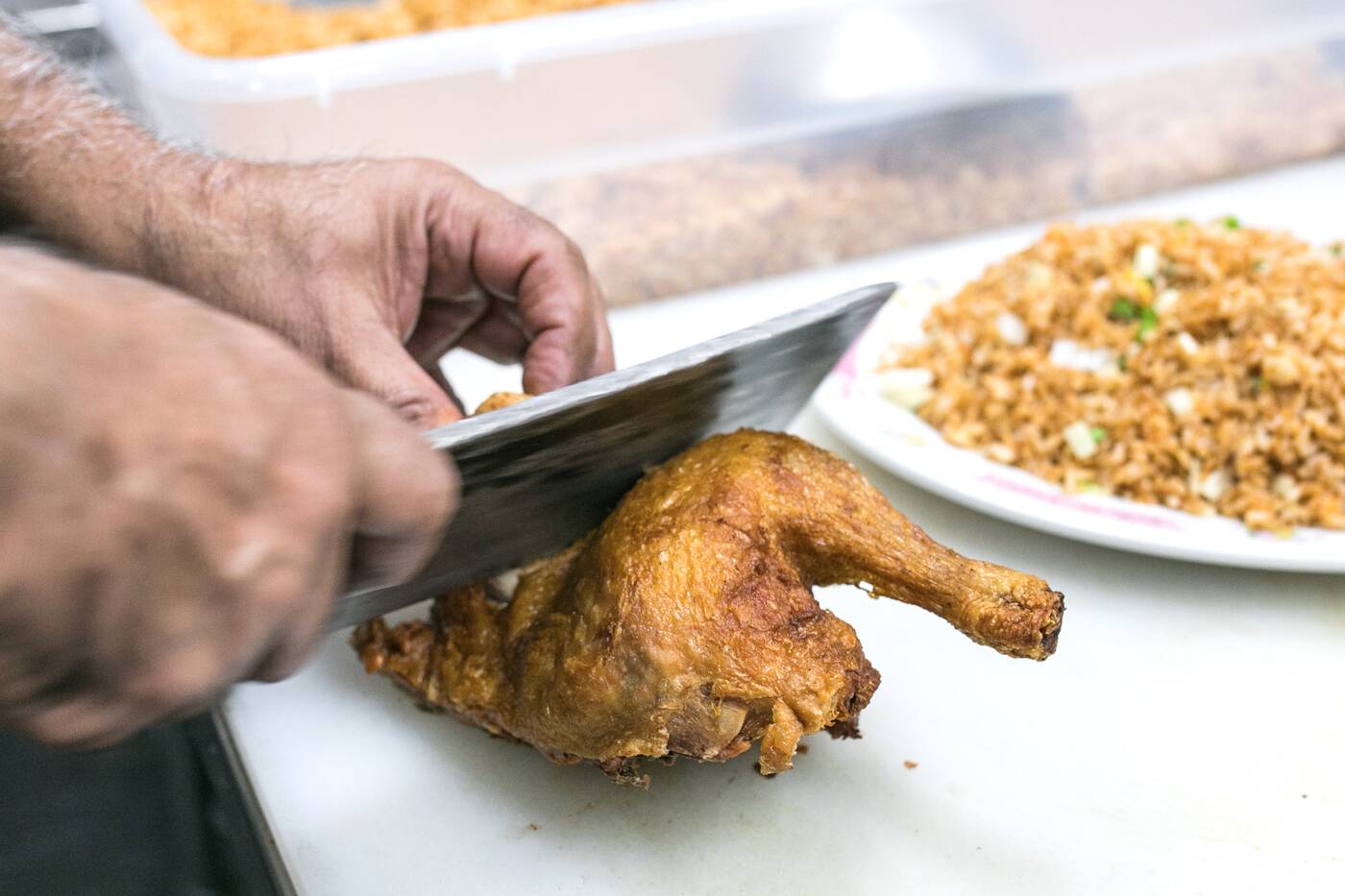 Chicken in the Ruff is half an entire crispy chicken on a mound of veggie fried rice. It's a huge portion for just $13.95. 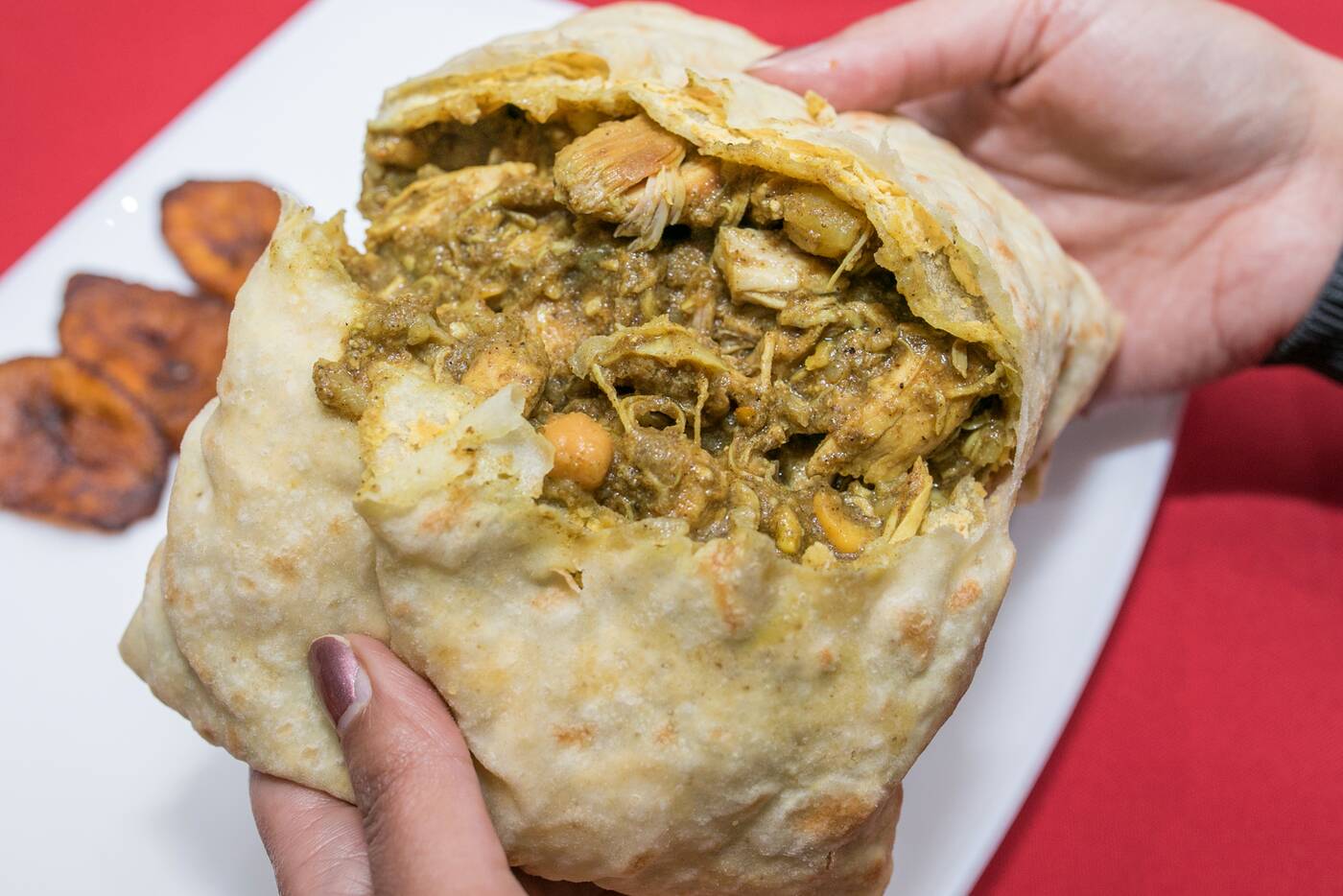 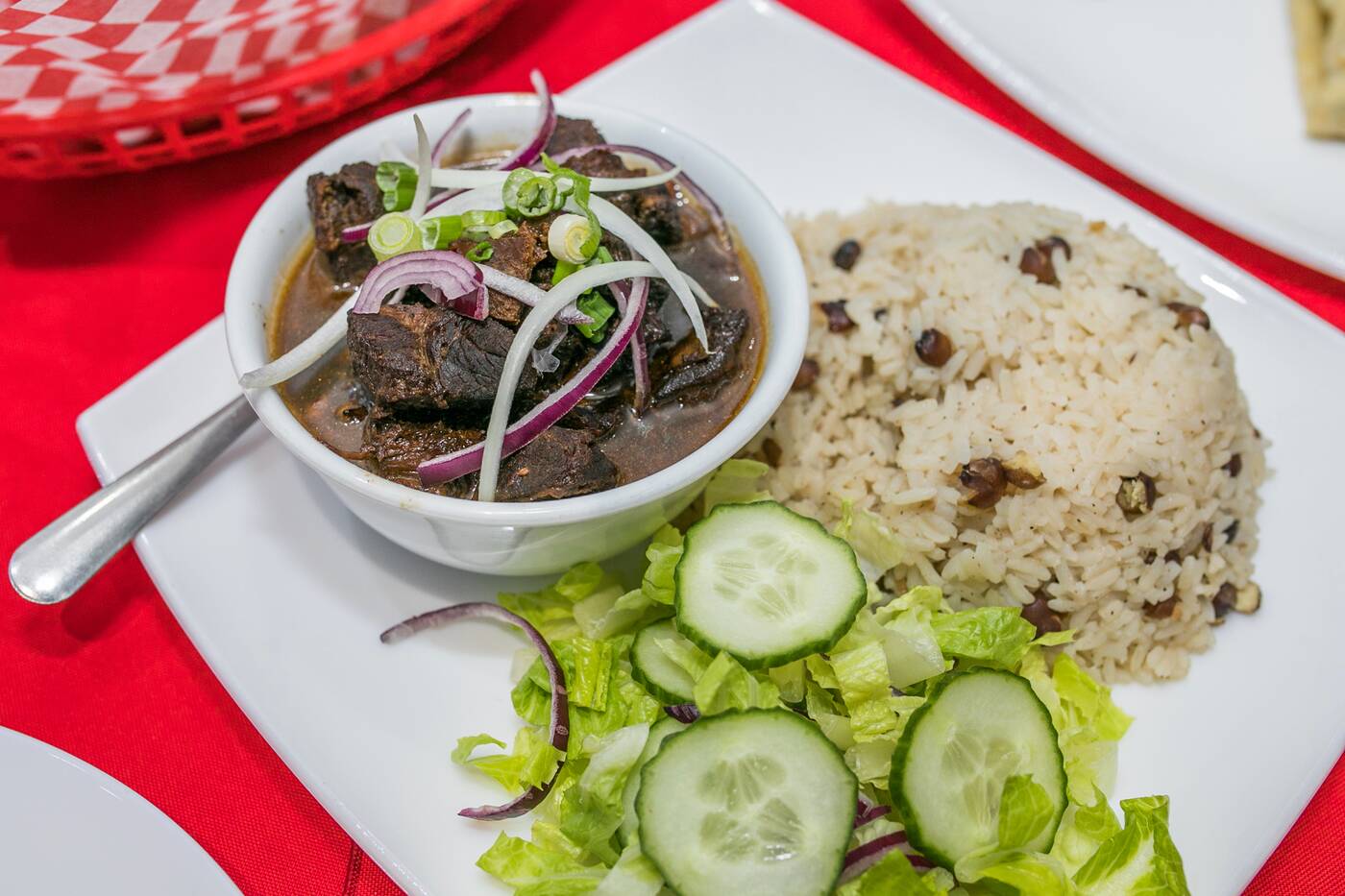 But the star of the show for me is pot roast goat and rice ($14.95), which is essentially their take on pepperpot, one of Guayana's most quintessential dishes. 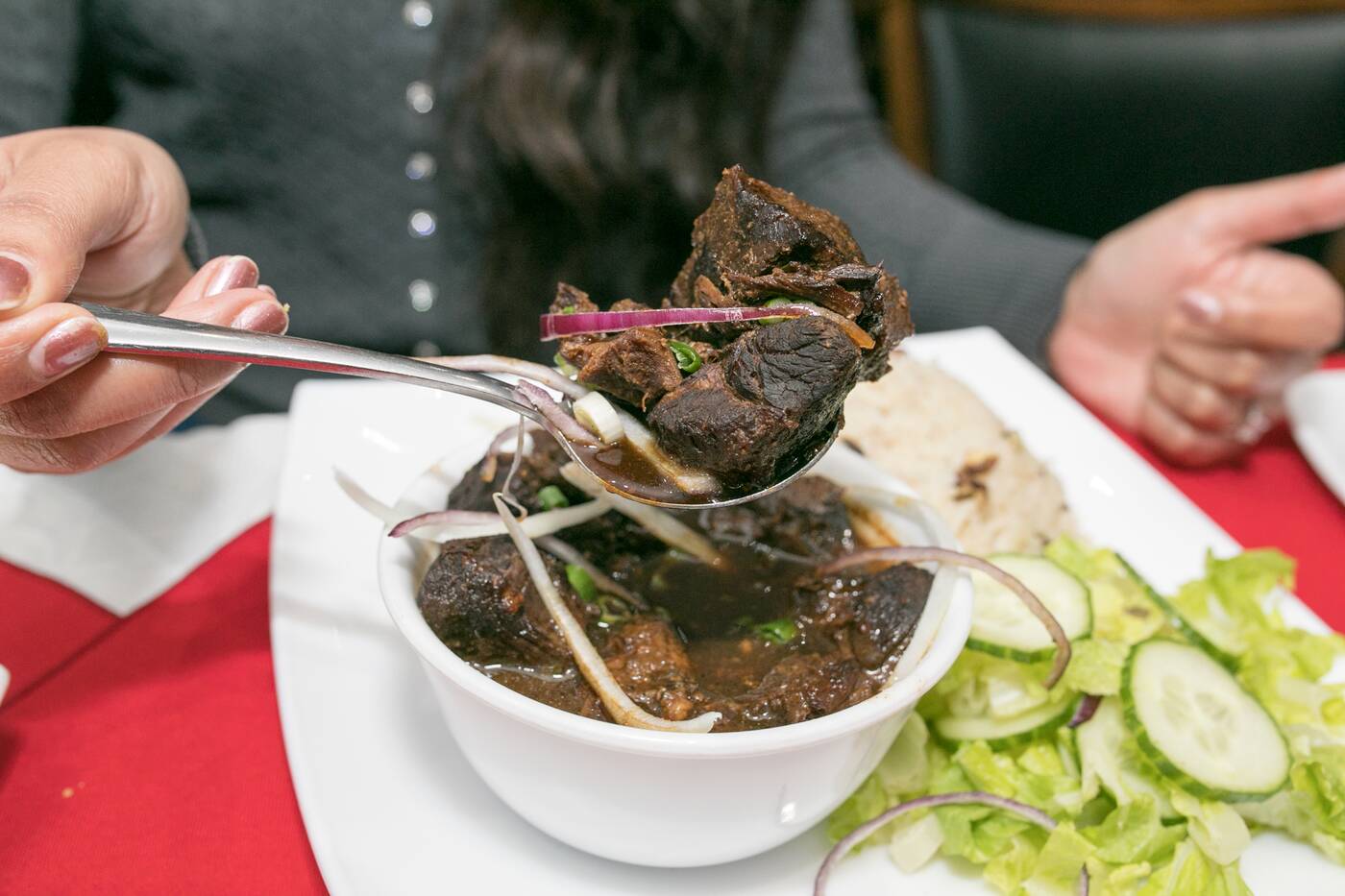 The technique of preserving meats with cassareep, made from cassava root, traces back to Guyana's indigenous population. It's the key ingredient to the pepperpot. 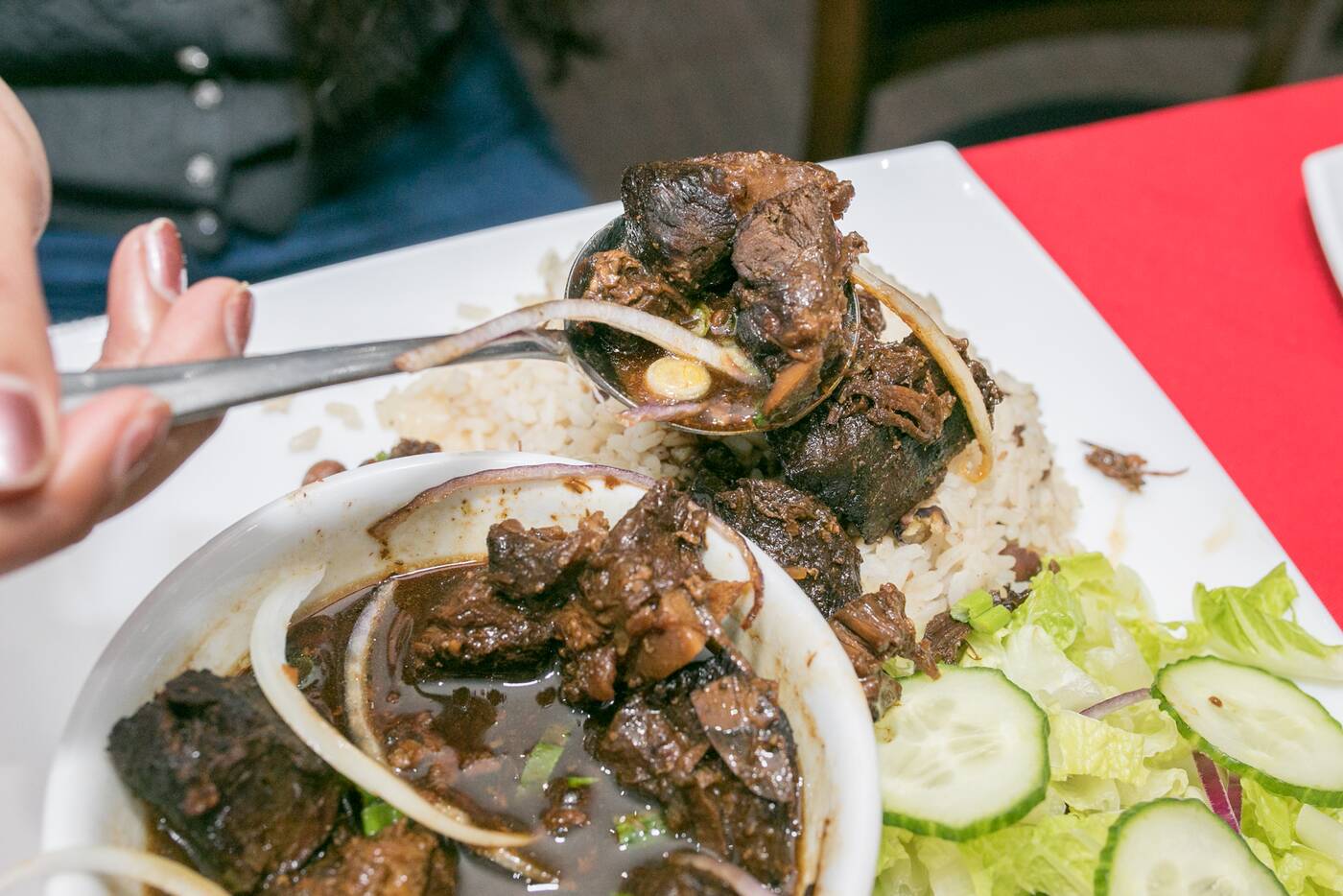 Along with some other custom sauces, the cassareep is simmered with the goat for two hours, giving the meat an incredible, slightly bitter flavour. Pour it atop your rice and beans or eat it straight from the bowl. 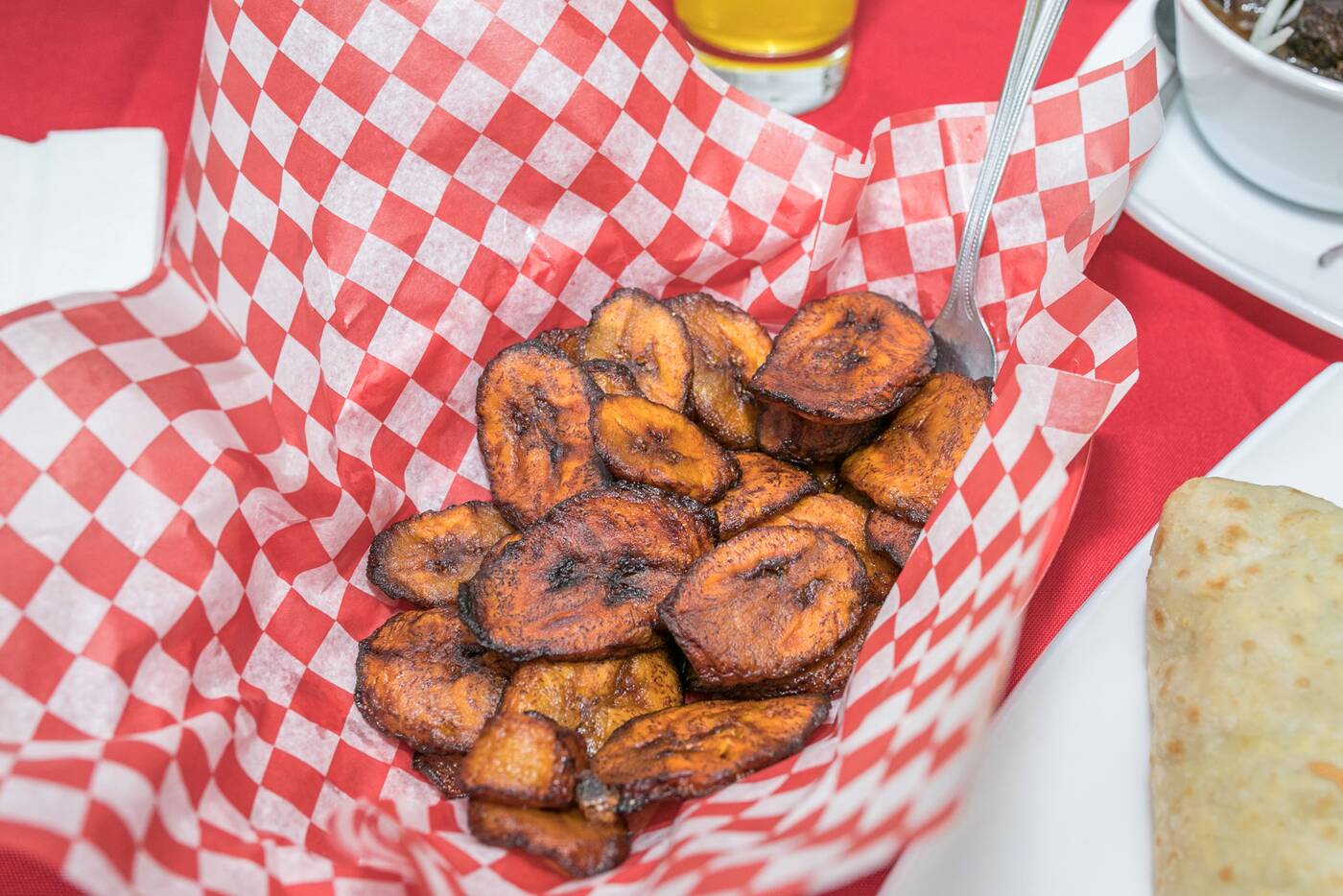 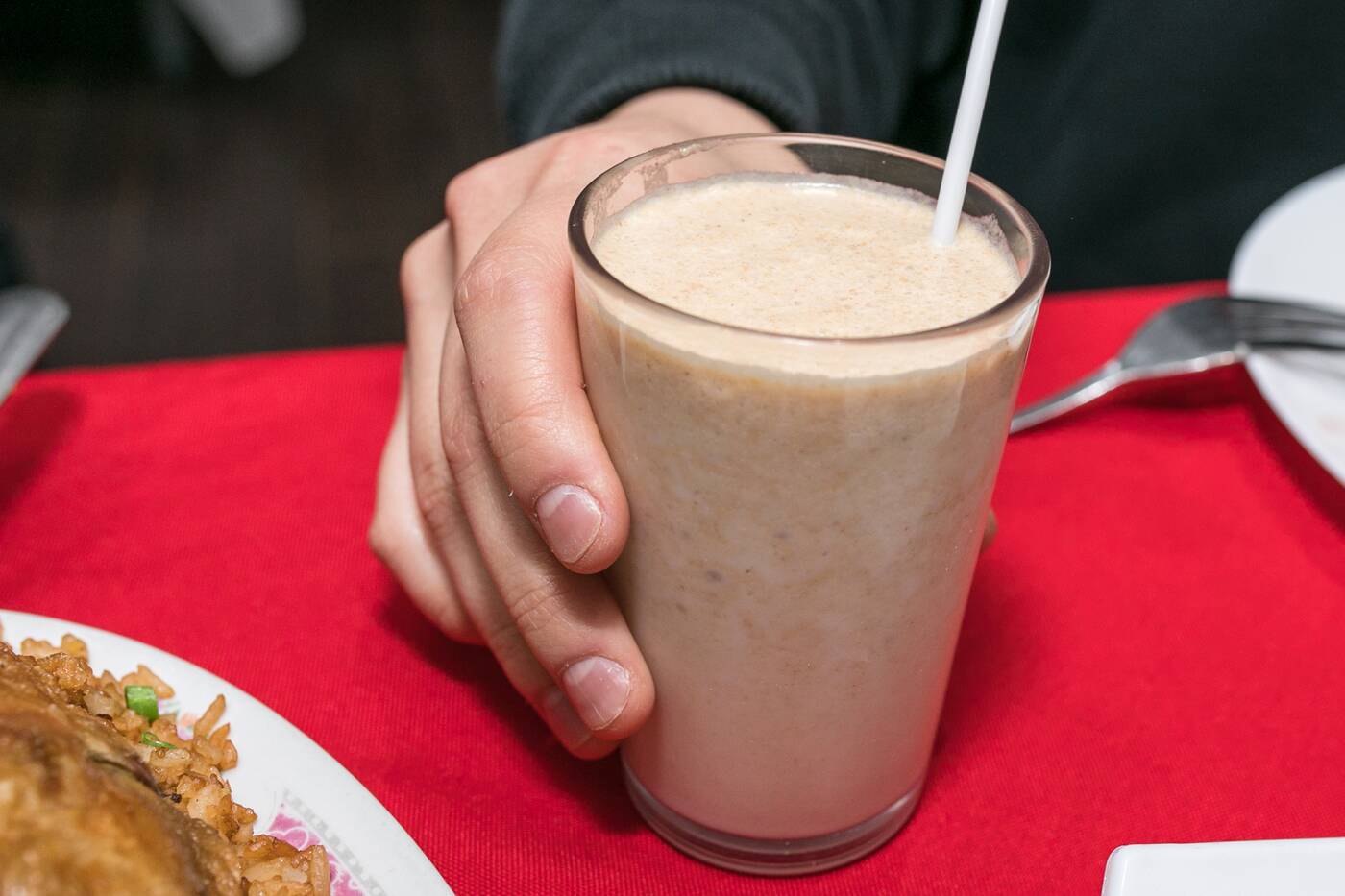 Aside from doing housemade peanut drinks, the restaurant also makes its own mauby. The astringent drink is softened by added sugar.

While Scarlet Ibis is definitely a family-style restaurant, the nonstop playlist of socca makes a feast here feel like a party. 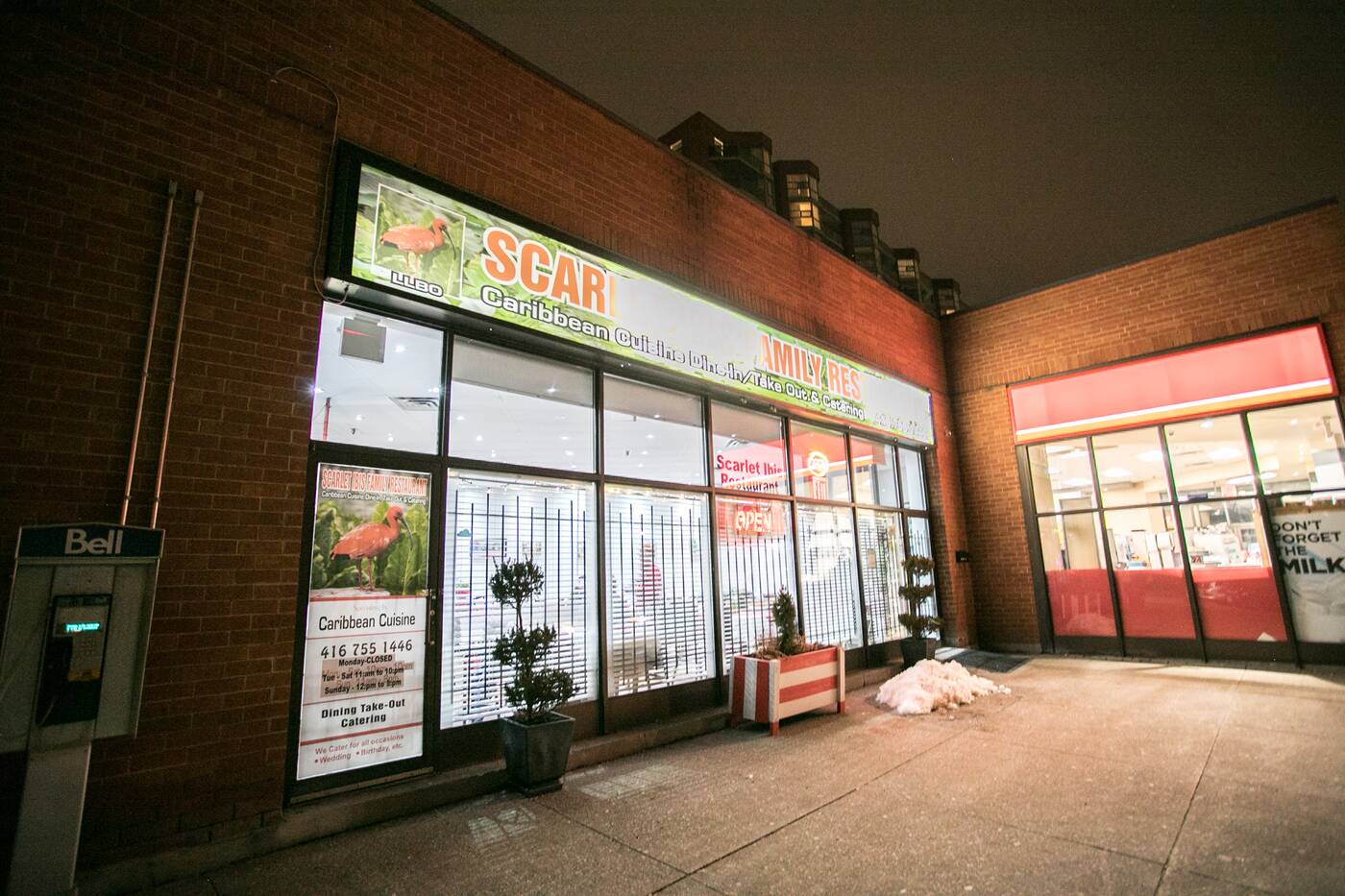