Coo Cafe Bread or Rice is an eatery in Bloorcourt where the menu takes a novel approach, showcasing single ingredients in two different ways: in a Western style (with bread) and alternately in Japanese tradition (with rice).

It's a concept from husband and wife duo Chiaki and Nagisa Hashimoto. She previously worked in graphic design and he's a Japanese and French trained chef. Each has tapped into their respective expertise and together they've converted the former address of Tokyo Sushi into a cozy but minimalist restaurant. 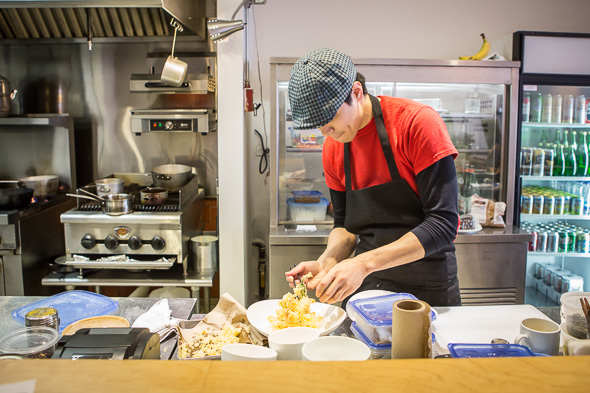 The one page menu opens with a collection of small plates including fries with house-made togarashi mayo ($3.50), shrimp croquettes ($7.50), and edamame ($5).

To drink, there are tall cans of Japanese and Ontario craft beer plus eight wines split between red and white varietals. 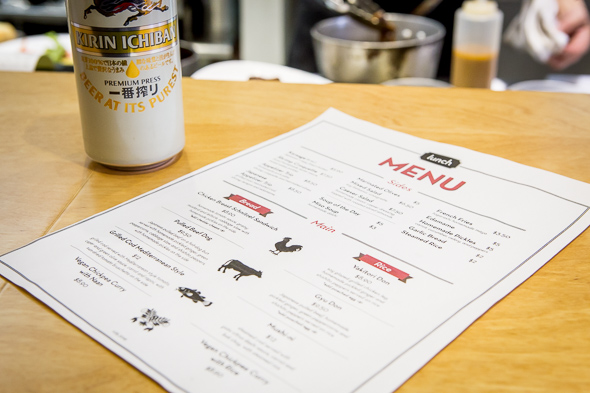 The selection of mains illustrates a lineup of ingredients - beef, poultry, fish, and veg - available in a choice of two styles. For example, the cod in one instance is influenced by Mediterranean flavours and served with bruschetta, while on the flip side it's steamed and dressed with a yuzu dashi sauce then presented over a bed of steamed rice. 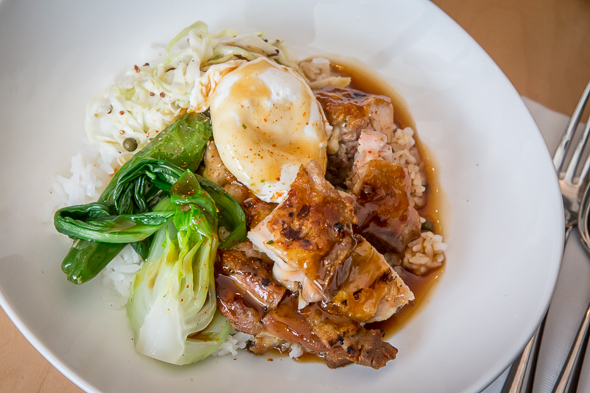 The yakitori don is a comforting grilled poultry preparation. Seasoned morsels of dark meat drizzled with a sweet soy reduction are served over plain steamed rice and paired with baby bok choy and slaw. 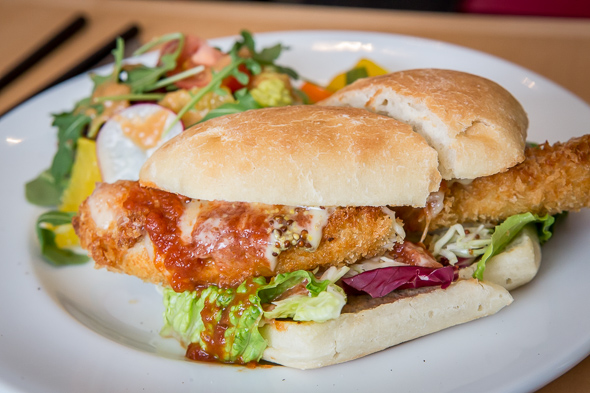 In contrast, the chicken schnitzel features panko fried chicken on a soft bun accompanied by salad and an assortment of pickles. It's very tasty and all the components work in unison, though calling it a schnitzel might be a bit misleading.

The chicken is plump and juicy rather than pounded thin and it veers even further from my expectations of the classic Eastern European dish as it's topped with tomato sauce and offered with optional cheese (+$1) that more closely resembles a chicken parm. 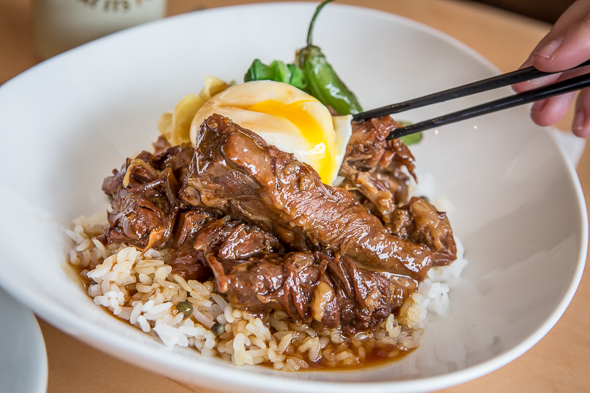 In the case of the beef, the two dishes offer less contrast. The gyu don ($9.50) with a poached egg (+$1) features tender pulled beef paired with peppercorns, pickled ginger, and shoshito peppers. 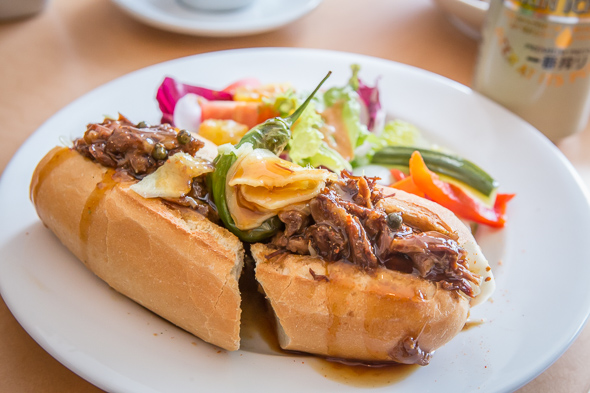 The pulled beef dog ($9.50), on the other hand, boasts the exact same flavour profile only this time on a bun and with the addition of coleslaw. 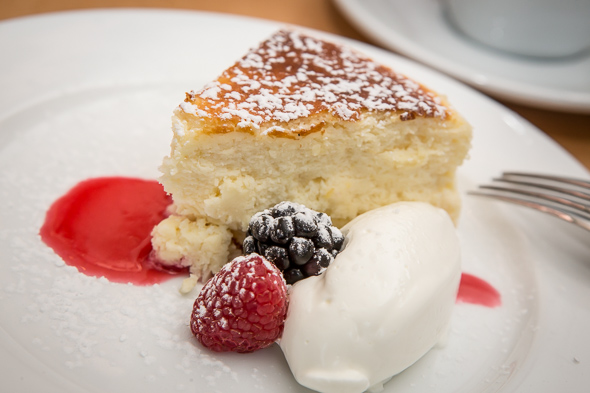 To finish there's Japanese cheesecake ($5.50), a slice of light, fluffy cake served with berry coulis and a quenelle of thick whipped cream. Similar to Uncle Tetsu 's it's not too sweet, but here the cake is infused with lemon zest giving it a subtle tartness. 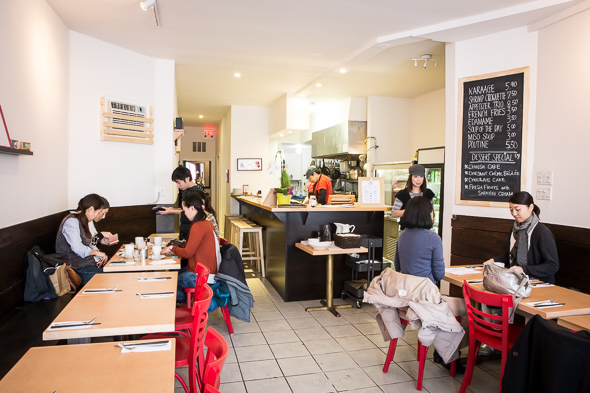 Overall, the food is really well executed even though the concept is at times muddled. That's not to say you shouldn't check this place out for yourself, each dish was indeed delicious and priced reasonably. 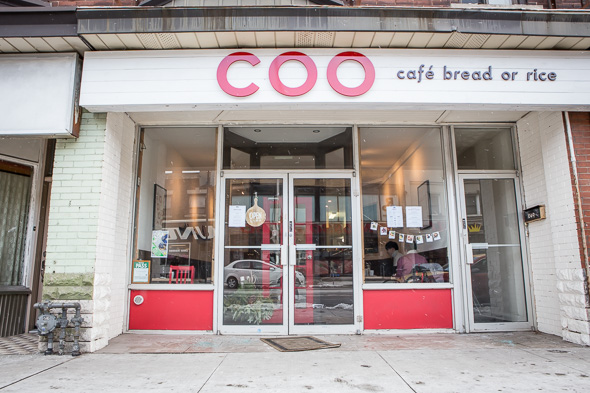