California Sandwiches has been a Toronto institution since 1967, especially this original location on Claremont, one of the proponents of what remains of Toronto's true old school Little Italy, not far from other heavyweights like Bitondo's and Cafe Dip . They've since expanded to run over thirteen other locations, still all owned by family.

The Papa and Bertucci families, to be exact. Frank Bertucci is the current owner of the Claremont California Sandwiches, son of the Bertucci mother who started it with along with their grandmother, a Papa. It's all one big happy family, though, they say, still using the grandmother's original techniques and recipes. It's a straight pick your meat, pick your heat (sweet, medium, hot) deal. 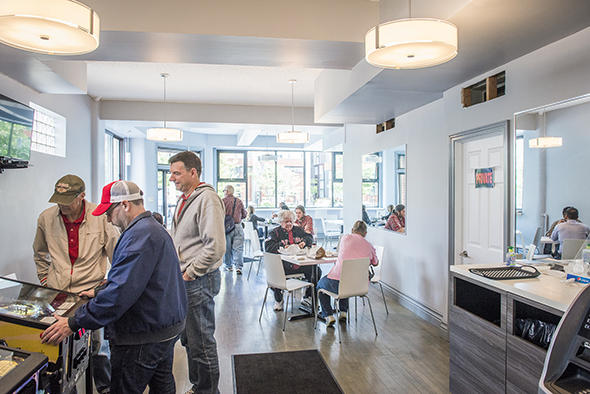 With an army of impressive or just impressively large cars outside, sometimes running and with a couple guys hanging out around one, and a brick facade, this old school joint can present an intimidating face. Yet the updated interior has plenty of space for everyone with plenty of tables and chairs in a new clean, white look. Thankfully, they've kept Twister and Ghostbuster pinball machines. 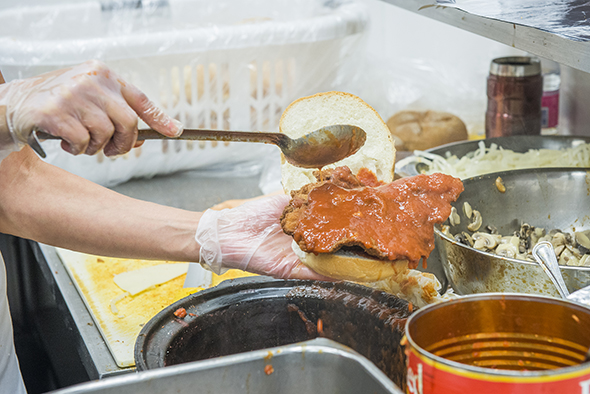 Expect to wait a while for one of these sandwiches as big as your head, because there's a perpetual lineup. They used to cut all the meat in the back for thirty-four years as a partial butcher shop, but the renovations did away with that. They also get their buns from Villa di Mama, but have ensured as they've adjusted to using suppliers that the products would be the exact same as always. 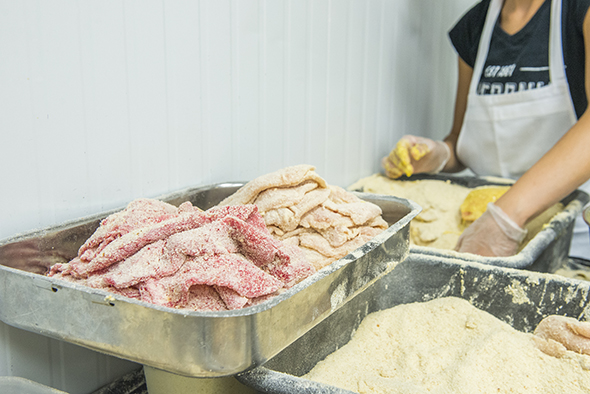 The sandwiches all go through the same rigorous assembly-line process, though made with much more care than that term implies. Dozens of eggs are hand-cracked for their egg wash, and every sandwich gets its own separate double-dredge in Villa di Mama bread crumbs and Italian pecorino. Everything is pan-fried here so every sandwich turns out perfectly crispy.

This is definitely true of the veal ($9.25), which is not only crispy but also saucy, doused in sauce made with tomatoes from California. A huge pot of it boils all day on the stove, constantly getting batched out into a slow cooker so it stays warm 'til it's ladled onto your sandwich. 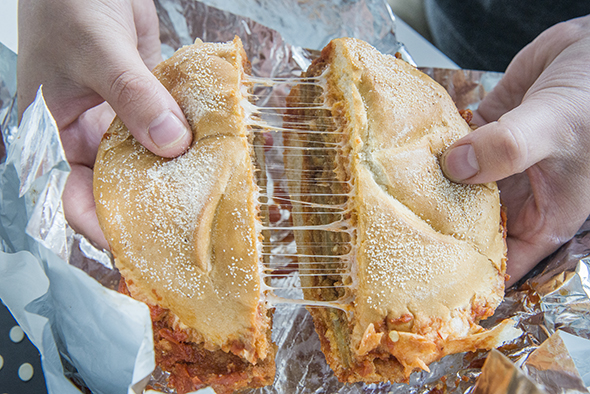 The eggplant sandwich ($7.75) is also excellently crispy but cheesy too, with Provolone topping our peeled, breaded eggplant. 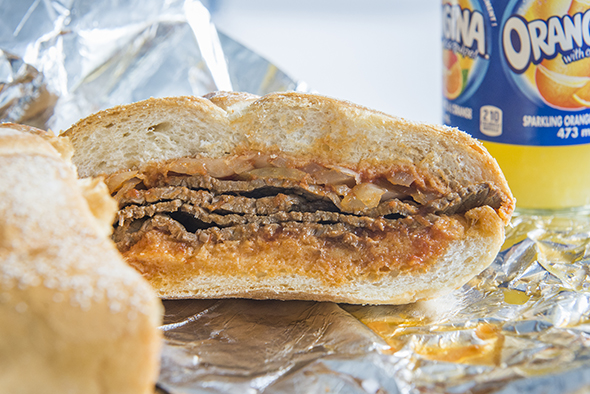 Its polar opposite is the steak sandwich ($9.25) which we get with some complementary mushrooms and onions. 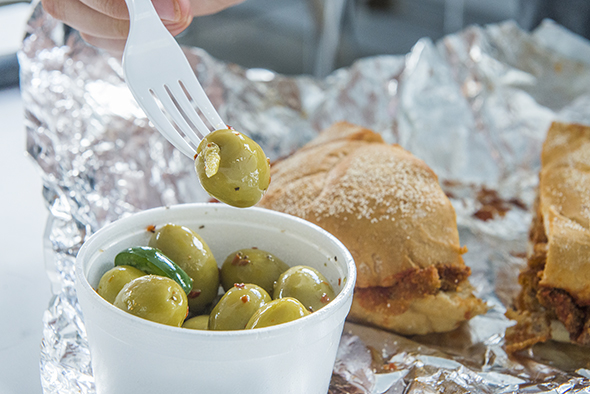 They also import olives ($3 - $5) into the store, usually from somewhere like Greece, and marinate them in the store with raw jalapeno, onion, olive oil and chili pepper. 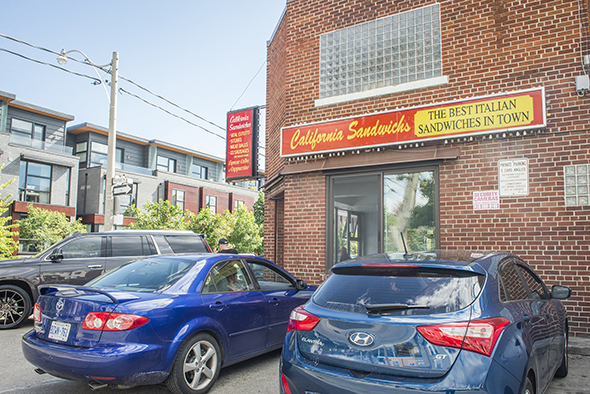