The Clubhouse Sandwich Shop at Spadina and College won't fool you for a second into thinking it's members only. With a cutesy bright and communal aesthetic, this clubhouse is stacked with sandwich options, though curiously the three-tiered standard is missing from its set list. 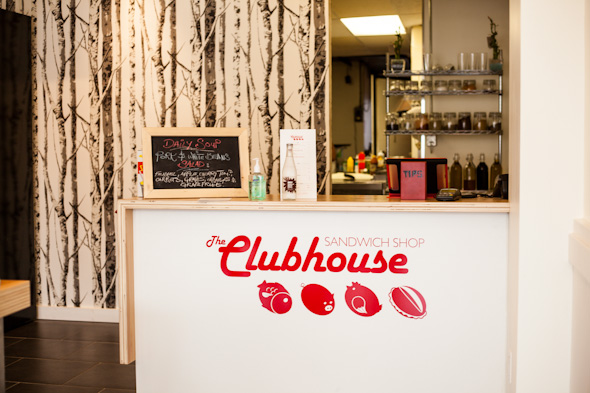 On the outskirts of both Kensington and Chinatown , Clubhouse has the unenviable task of standing out amongst a bevy of other inexpensive destinations that are popular in the area: Fancy Franks , Caplansky's , Romeo's Juice Bar , The Grilled Cheese , to name but a a few. Luckily, its immediate neighbours are of the franchise fast-food variety where attention to ingredients is all but absent. Smart then that Clubhouse found just the right niche to hem in any gourmet gaps outstanding at this intersection. 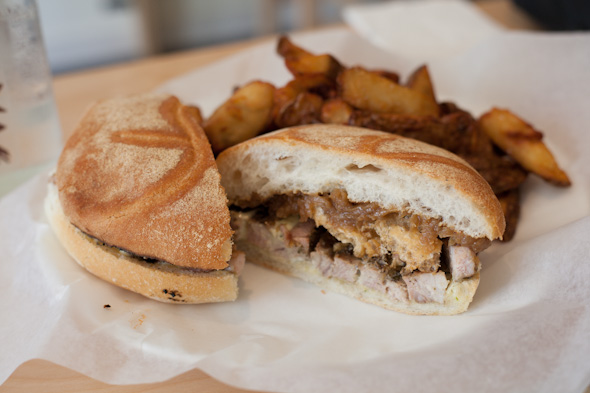 At the owner's behest, I ordered their pork chop sandwich ($7), a go-to now for many return customers. Cooked fresh to order, a marinated slab of pork is grilled, diced into cubes, and then served on a lovely bun that kept the mound of caramelized onions and herb aioli spread where it belonged.

Toppings-wise, the sugary notes of the onions muted any herb lustre that might've been there. I will say I thought the inclusion of pork skin cracklin was a nice touch, a crispy complement instead of centrepiece as is the case at the somewhat overrated Porchetta & Co . What's more, the near boulder-sized slabs of hand-cut Yukon Gold fries ($4) alone may be enough to encourage repeat visits.

I'm hoping it's a one-time occurrence, but for the pork sandwich as well as the smoked chicken offering ($7) I tried, I felt that the meat should've been hotter. If they want to compete with the diehard fan base of the relatively close Come and Get It and Banh Mi Boys , they'll have to remedy this crucial shortcoming. 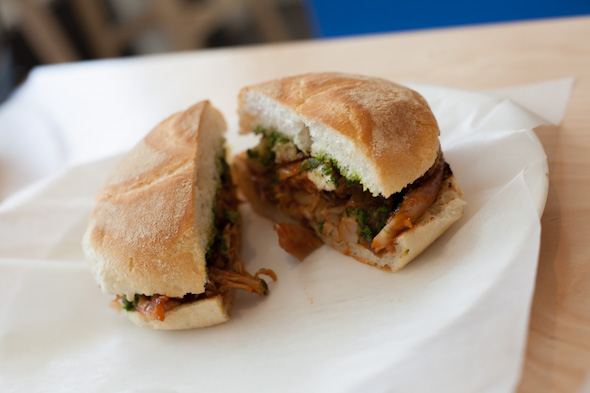 Compared to the pork, their smoked chicken product was less satisfying on all counts. For one thing, the name's misleading: I didn't taste any distinct smoke tones, so I think the pickled chilli mop sauce makes it more properly a barbecued chicken sandwich. Also, while fried battered avocado bits are a neat idea, they work better for me as a side than topping. On sandwiches, I want my avocado to melt to a buttery slick, fusing where it may with the cuts of meat.

I also found that the chimichurri lacked punch and the chicken itself was rather dry and not even the chicken and pork cracklin could really save it from being simply flat. I wanted this number to be much tastier and more tender than it was, but given that the pork sandwich was both of these things, I'd definitely give it a second chance. Moreover, given the strong start to the meal and the excellent fries, I'll be back to try their beer battered fried fish sandwich ($11) which seems more straightforward with its lettuce, tomatoes, and tartar sauce, though I worry the smoked mayo might make it a bit too saucy. 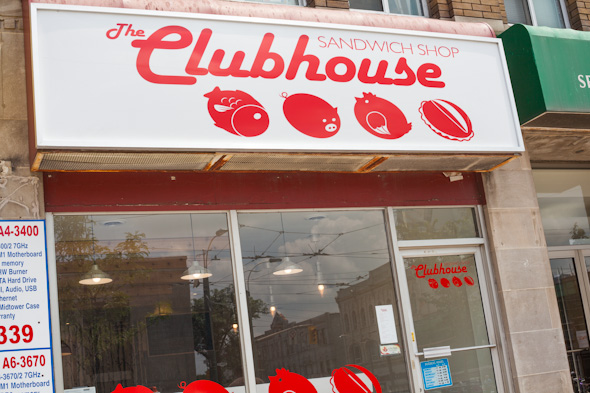