Capitano Burgers and Gelato opened up about a week ago in Basha 's former home. I'm told that the interior hasn't changed much, retaining a look that almost approximates an airport lounge.

The combination of "x" and gelato seems to be gathering steam, following in the footsteps of Parkdale 's Gelato Pizza , but unlike that spot, Capitano actually takes the harebrained leap of combining its two eponymous foods (more on that later). 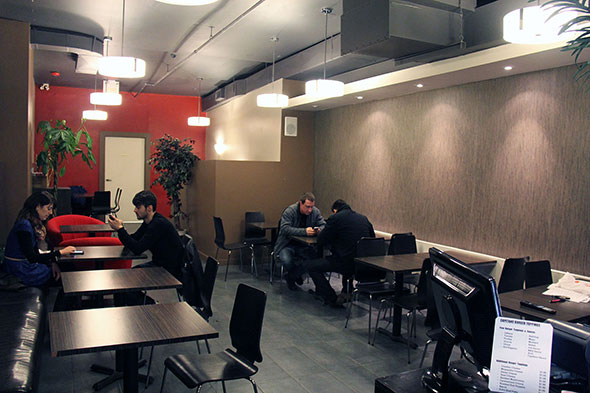 Manned by first-time restaurateurs Lina and Yannick, the space already boasts repeat customers and a fair amount of curious first-timers. Lina makes the gelato in-house, and offers fruity non-dairy options, as well as decadent and evocative flavours like hazelnut (an easy best-seller) and espresso. Meanwhile, Yannick handles the meat, and says he "wanted to care a little bit more about the burgers." To that end, buns are baked fresh in-house using organic flour, the triple A black angus beef is grain-fed, hormone and antibiotic-free, and the fries are hand-cut Yukon golds.

The menu ranges from a basic burger ($4.95), to a chicken breast burger, which can be grilled rather than cooked on the flattop if you prefer ($5.95), and two vegetarian burgers. 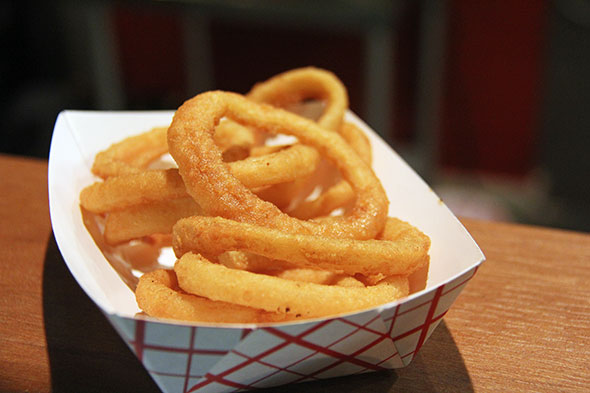 We start with the Ringer ($6.50), which sees onion rings, cheddar cheese, the usual fixin's, aioli and their special in-house sauce packed tightly atop a patty. The meat is perfectly cooked, and the onion rings add a pleasant crunch, but for my money, I would've preferred white cheddar to the fluorescent yellow that never fails to remind me of Kraft squares. The softness of the freshly-baked bun does in fact make a difference. 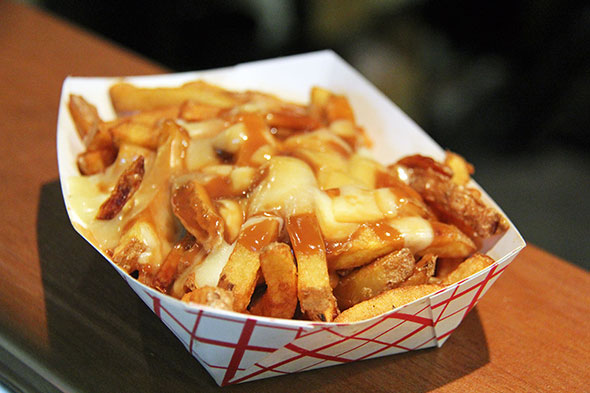 For our sides, we choose onion rings ($3.50), which are fairly standard--lightly-battered, nicely-portioned, and cooked to an ideal golden brown. The poutine ($5.50) is a pleasant surprise, with rich, salty gravy and ample cheese curds--one of the better ones I've tasted recently--and the fries are thin-cut and not overly salted. 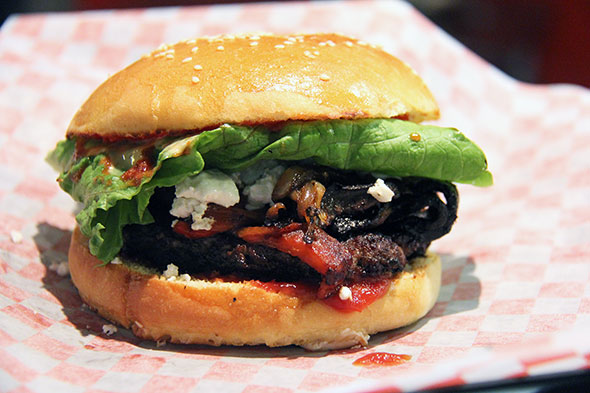 Next is the Wild burger ($8.95). Easily my favorite, it's a blend of goat cheese, sautéed mushrooms, roasted red peppers, and caramelized onions (as well as the Capitano sauce). My patty arrives slightly too charred for my tastes, but the meaty mushrooms and acidic peppers smooth out the taste. The goat cheese is a nice touch, offering up a tart counterbalance to the slight sweetness of the onions. 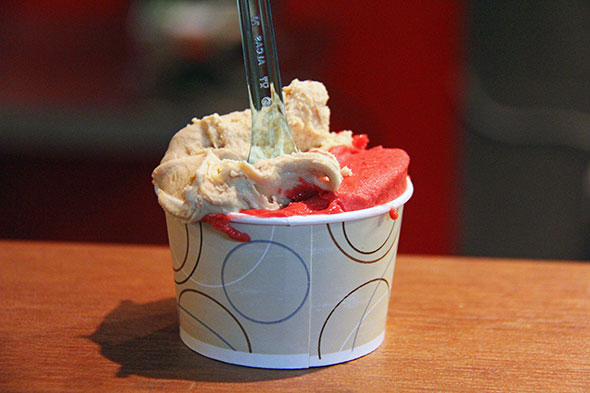 Finally, it's time for the gelato ($3.95 for small), and the modest range of flavours sticks to classic favourites like pistachio, strawberry and espresso. Those with nut allergies should note that nuts figure heavily in several flavours, and as everything is made on-site, nothing can be guaranteed as nut-free. Lina tells me the banana is freshest, but I can't resist the combination of raspberry and hazelnut.

Both are incredibly flavourful, with the hazelnut being (obviously) reminiscent of Nutella, but also retaining the slightly bitterness of hazelnuts. The raspberry might become my go-to flavor in the summer months, when the sourness would do a good job of rousing parched tastebuds. 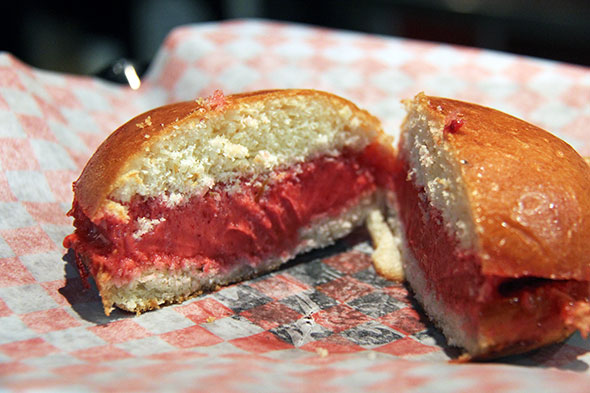 Almost as an afterthought, Yannick mentions their in-house specialty--the gelato burger ($4.95). A slightly-sweet bun filled with gelato that's then fused in something that resembles a domed waffle iron, and it's a nice play on a filled donut. A crowd of onlookers gathers as Yannick prepares my raspberry gelato burger, and when I taste it, it's remarkably similar to a jam sandwich, and the gelato begins to melt quite quickly. It was tasty, but there are perhaps a few kinks left to iron out--a touch of powdered sugar on top might be a nice touch, or a thinner bun. 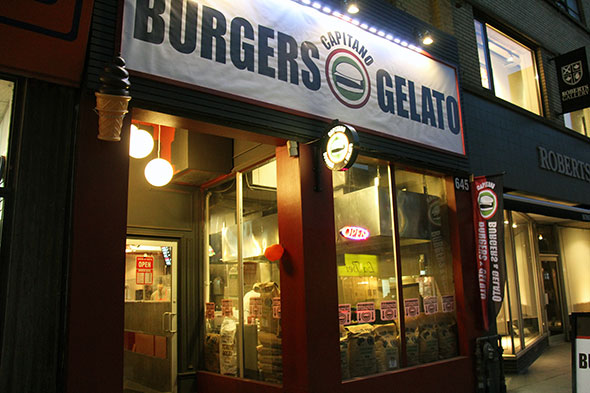 As for the future, I'm told that they're planning to branch out into more exotic meats, with bison coming soon, and the possibility of alligator being considered.