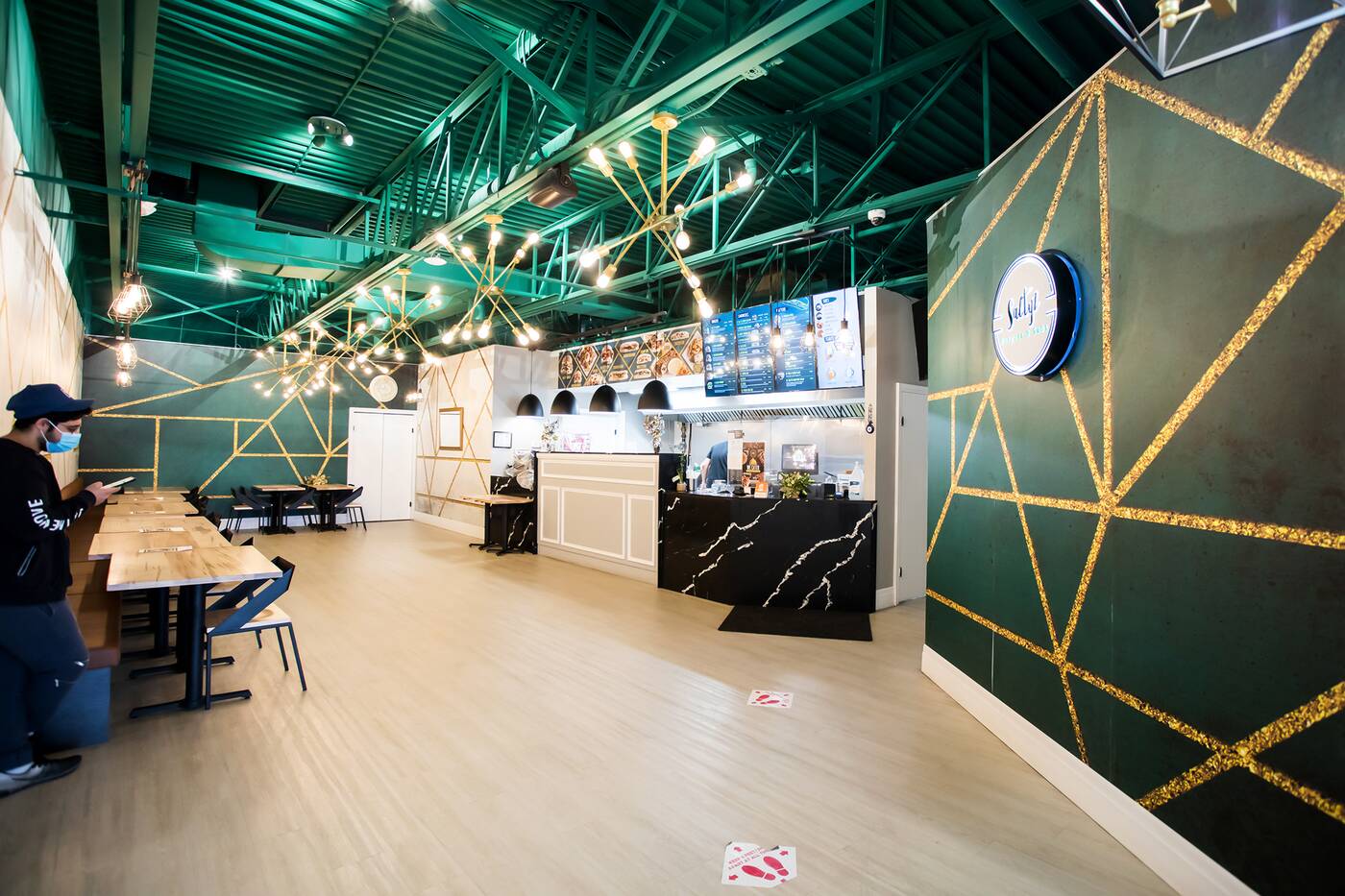 There's a counter at the front where people can order and pay while the large 2,200-square-foot dining room is filled with booths, making the space versatile to both takeout orders and those looking for a pleasant dine-in experience. 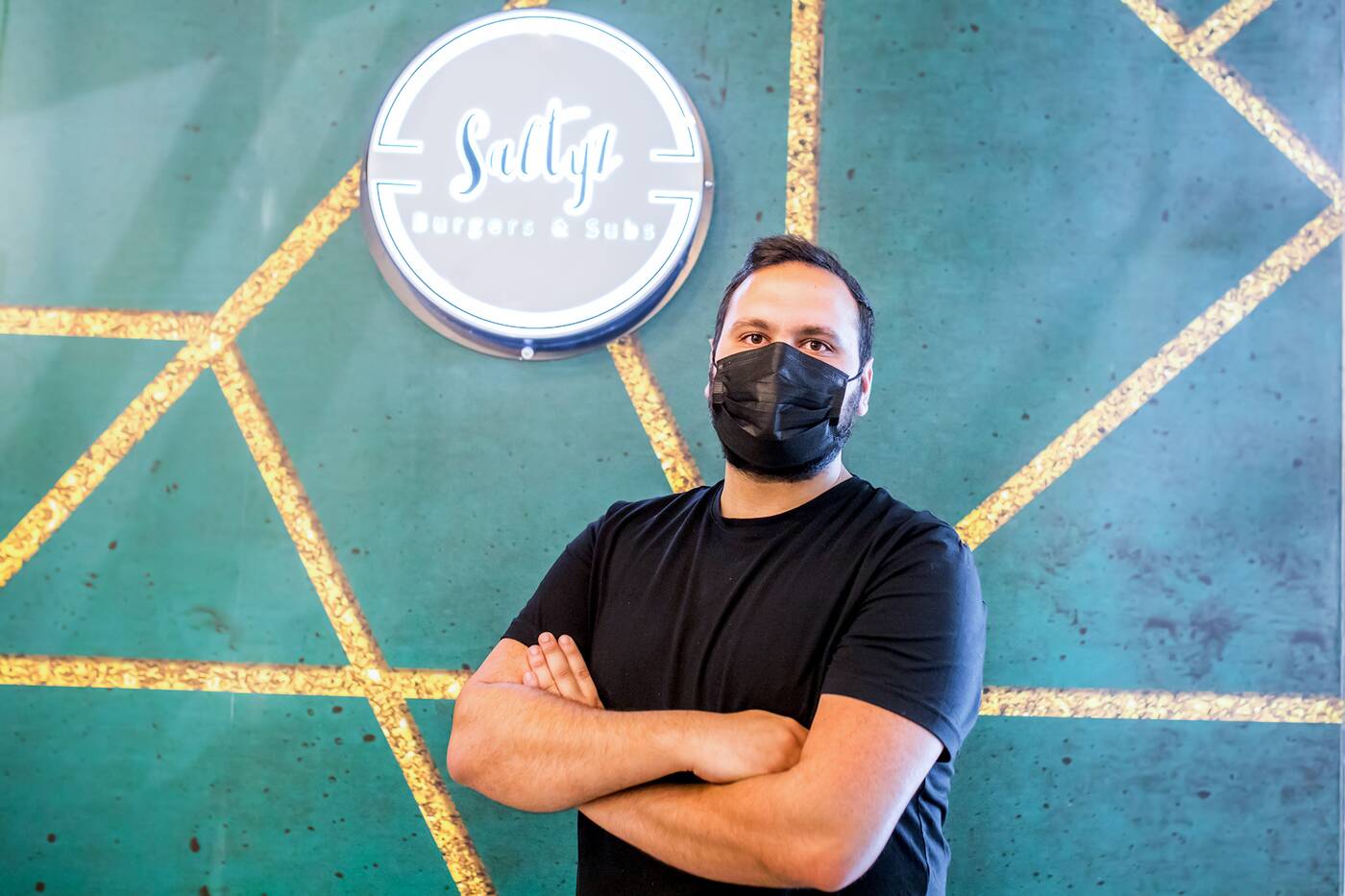 A Lebanese-born Torontonian by way of LA, Baker Zein co-owns the spot with his in-laws. The decision to open in Toronto was partly due to the fact that his wife is from the city, as well as the large Lebanese community here.

Zein has moved away from his career as a financial advisor in the States to turn his longtime food hobby into a livelihood. 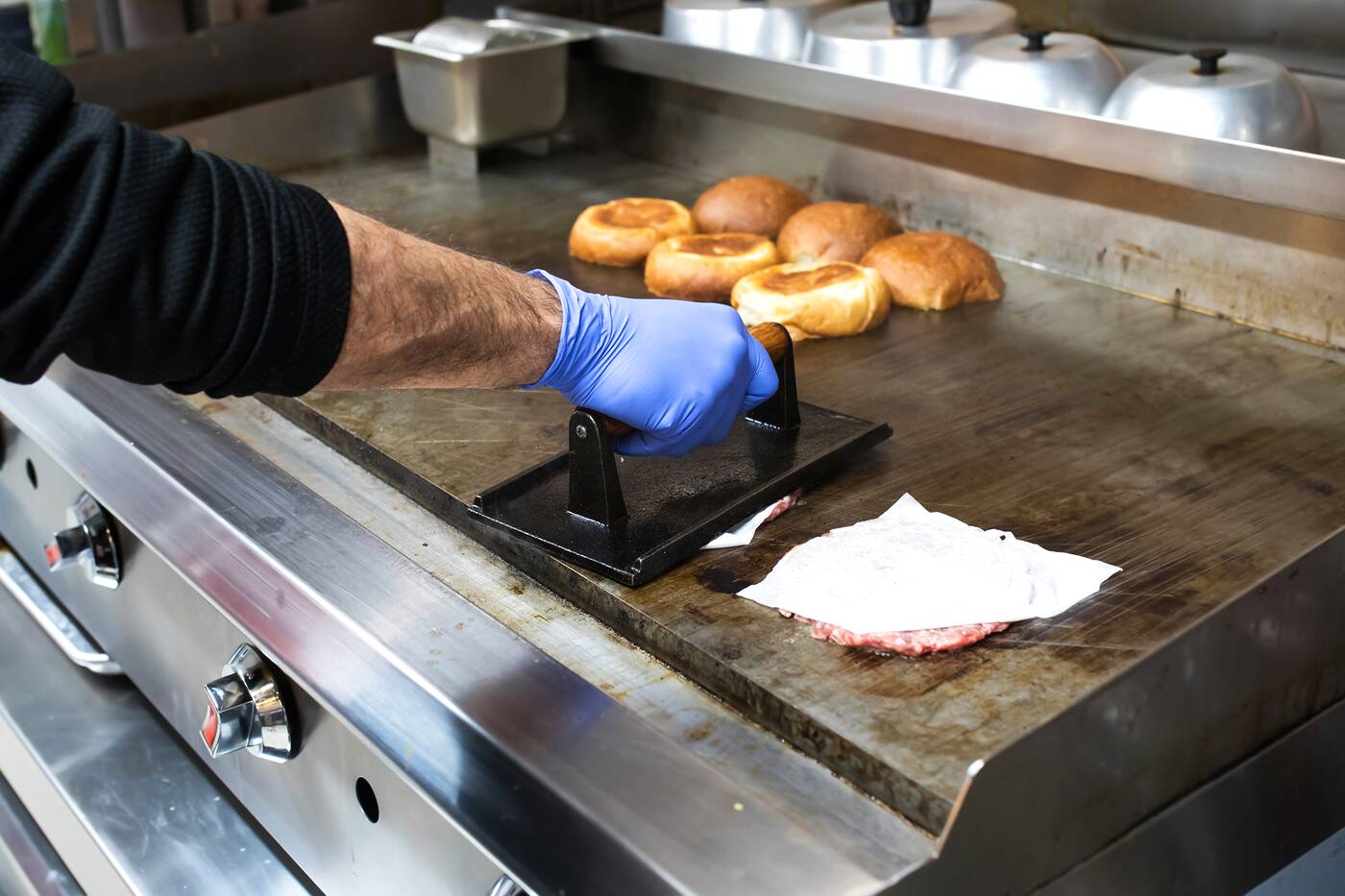 As you might guess from the name, the spot skews toward comfort food with a selection of American-style burgers on the menu. Each burger comes with two, three-ounce patties that are smashed and layered with melted cheese so that every bite is packed with flavour. 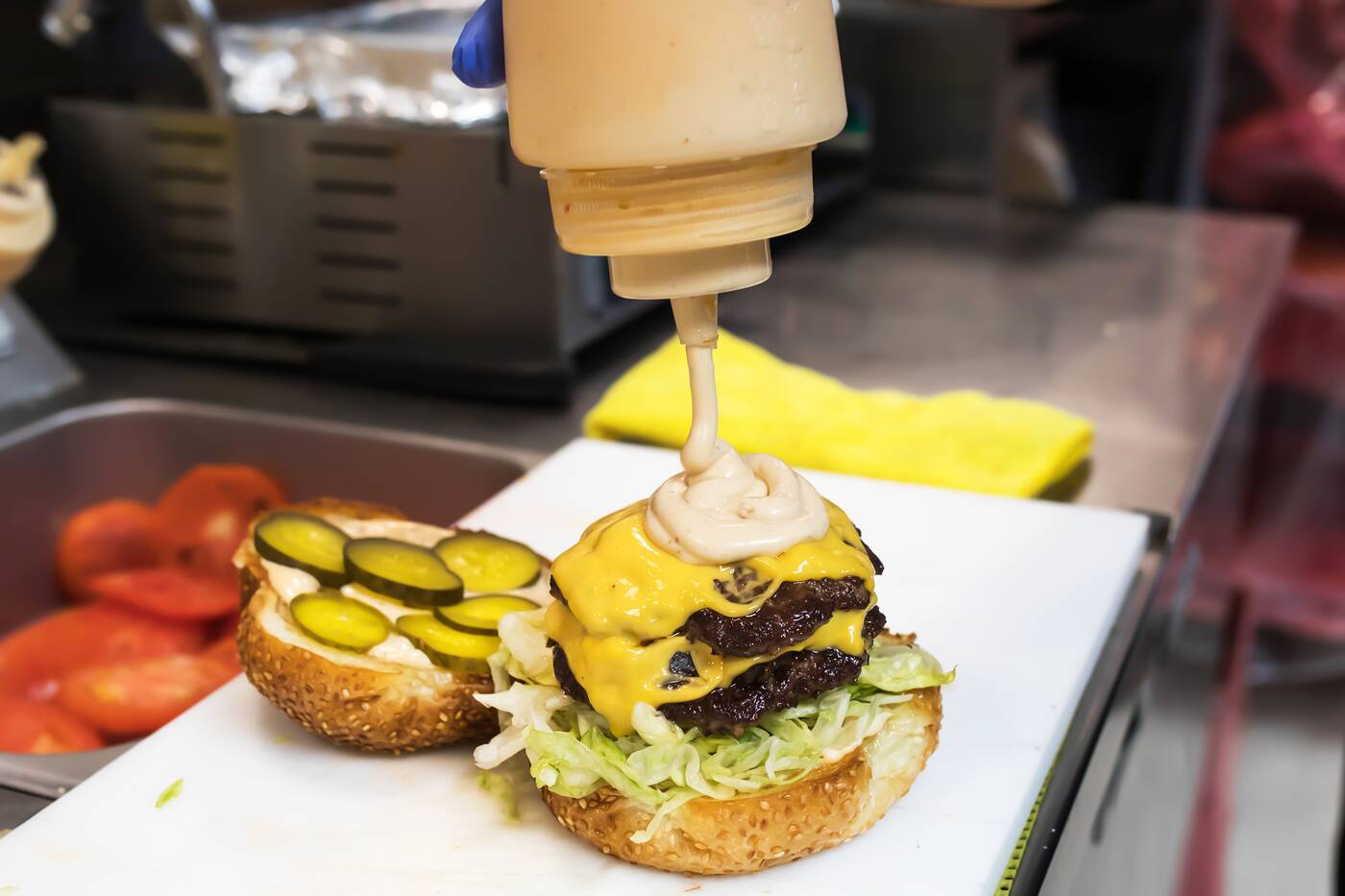 The Saltyz burger (small: $10.99, combo: $15.99) is no exception, with American the cheese of choice for this one. Lettuce, tomato, pickles, freshly caramelized onions and a house sauce dress it up. 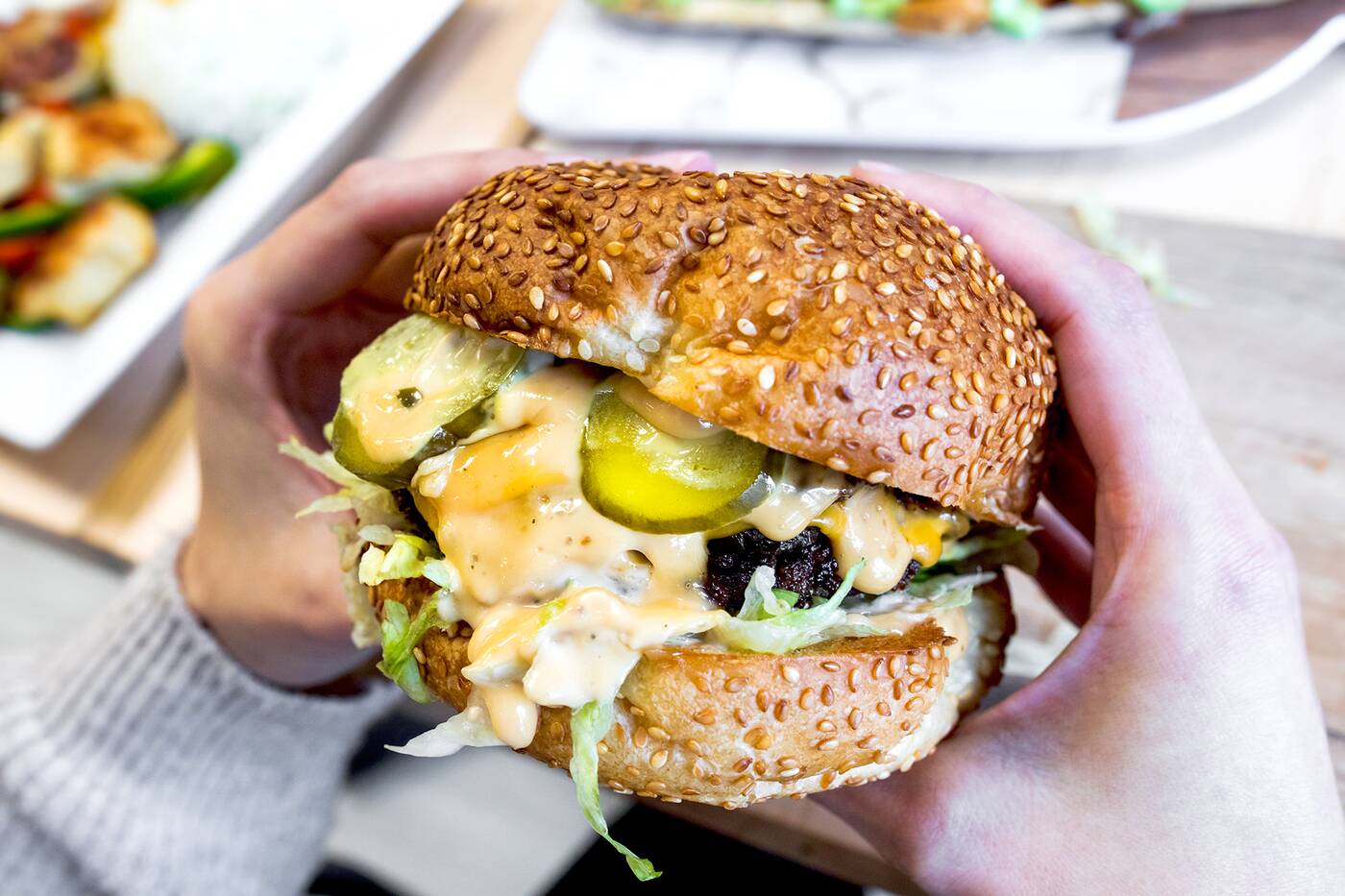 Their take on the classic burgers feels anything but boring. I'm told the bun has been the star of the show since they opened. That's not hard to believe – the sesame-covered top and bottom perfectly sandwich the gooey mess of cheese and sauce inside. 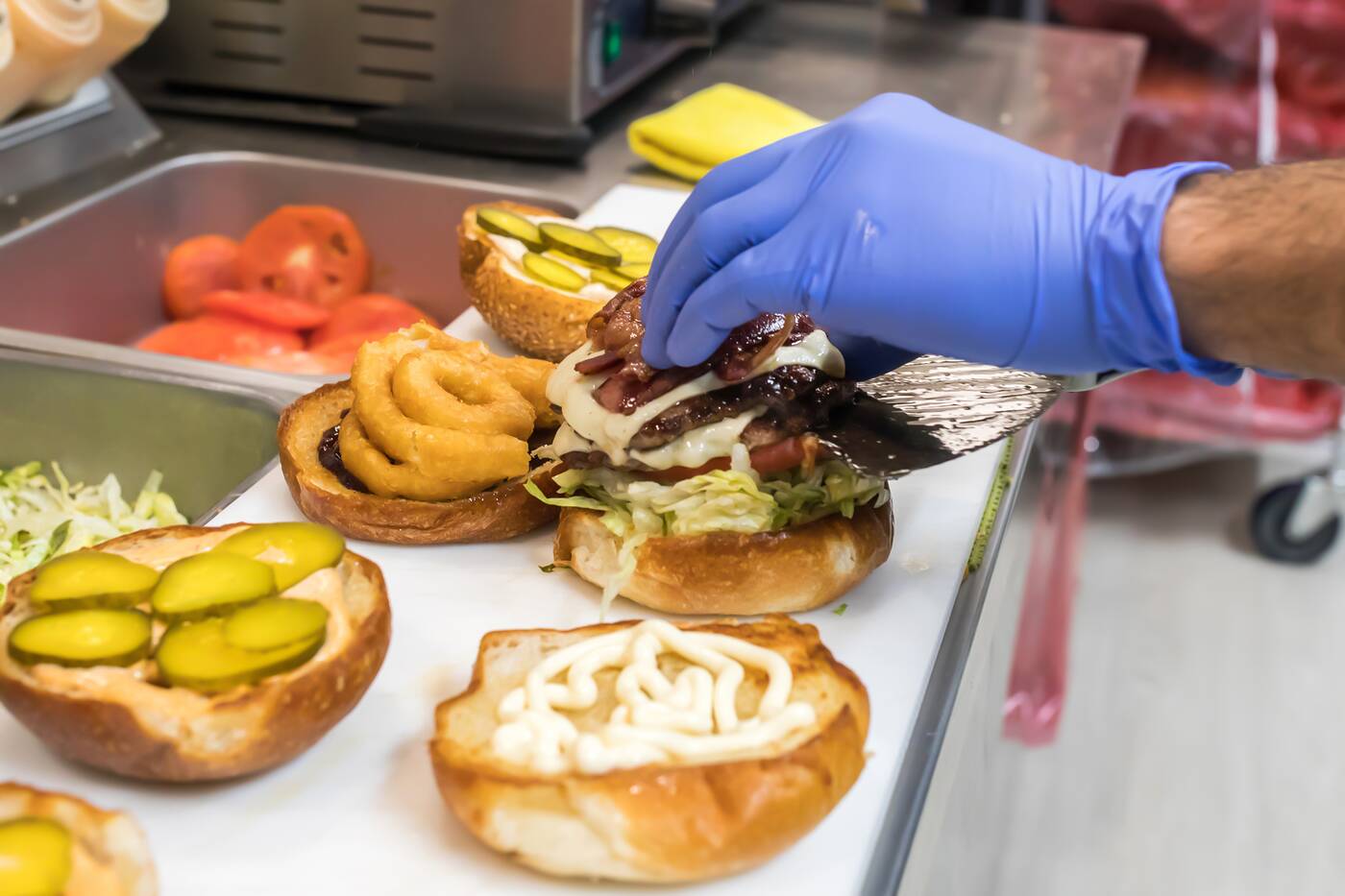 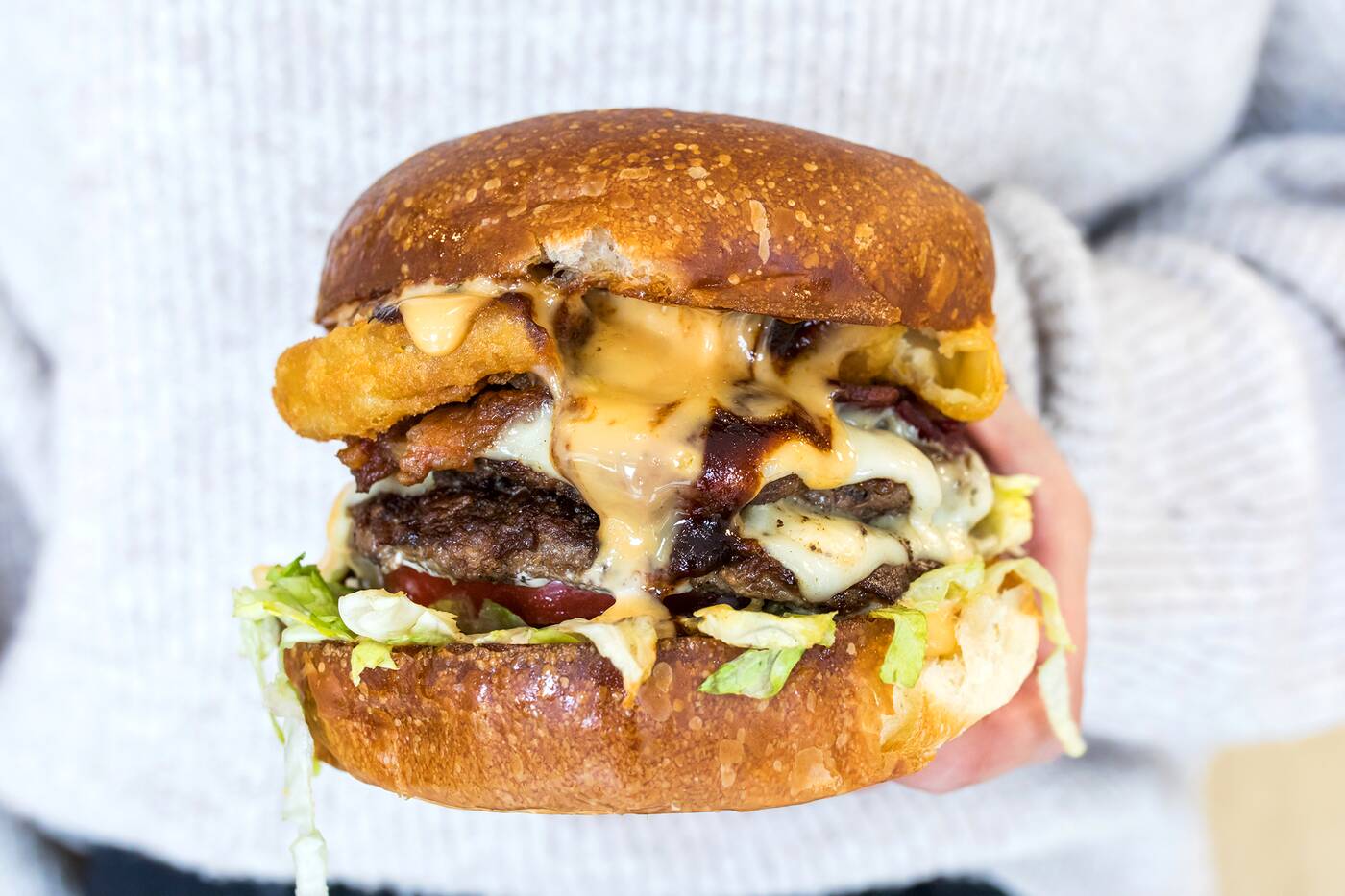 The smoky BBQ sauce, along with all of the other sauces, is made in-house and demands the most attention when it comes to this burger. 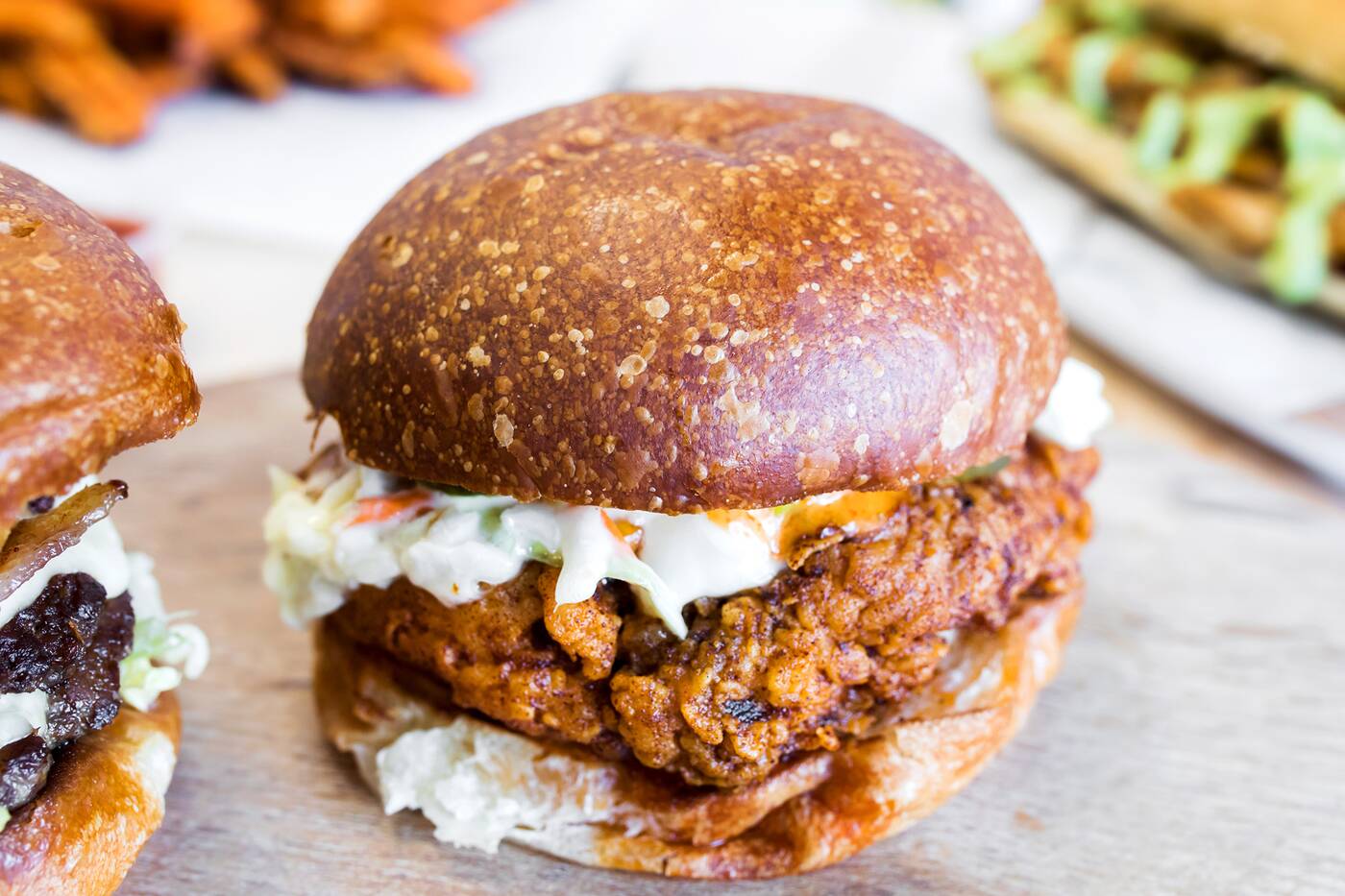 I'm told the Nashville hot chicken (small: $8.99, combo: $13.99) is easily one of the top sellers. Not hard to believe considering the city's obsession with fried chicken sandwiches right now. 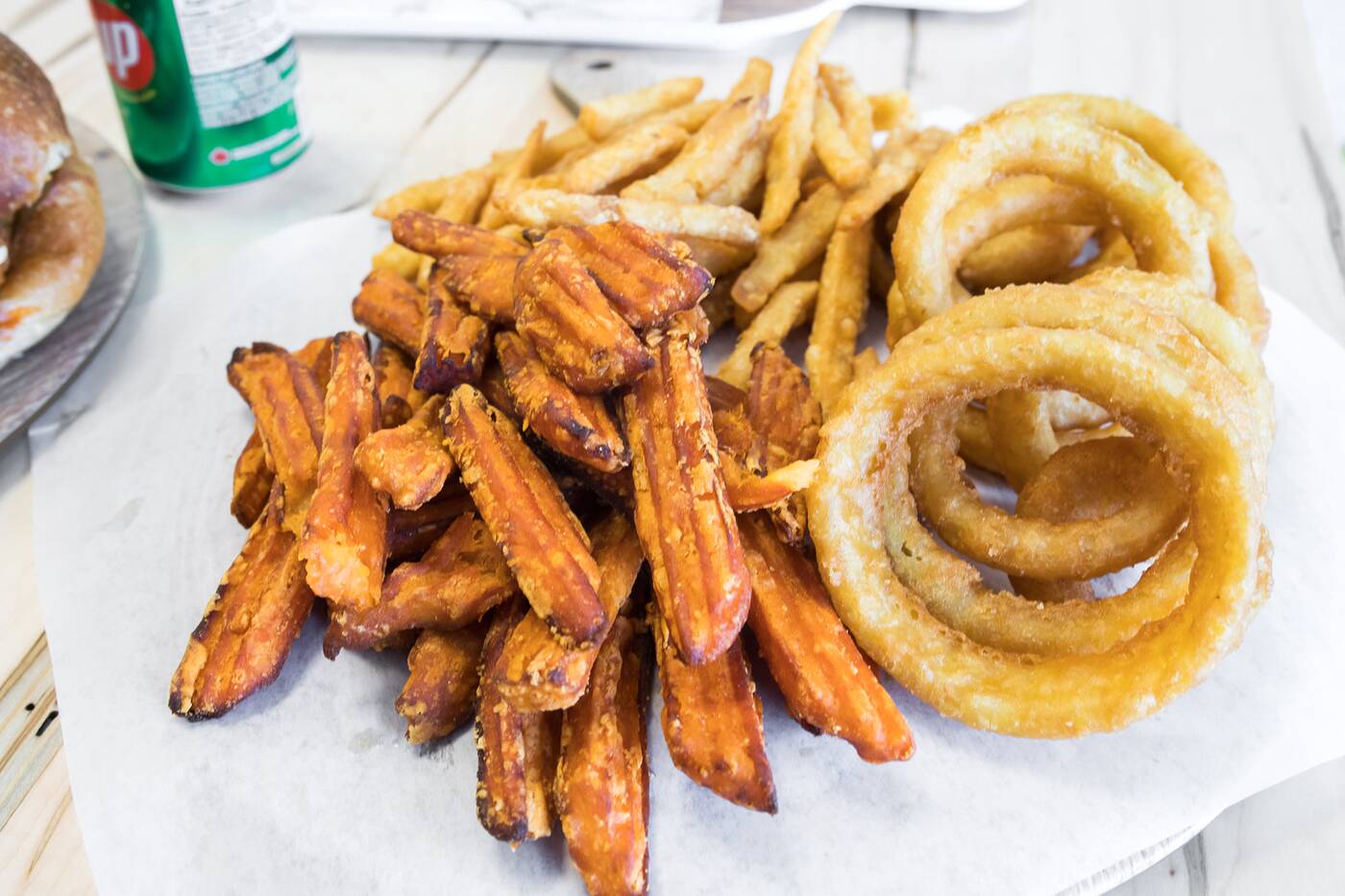 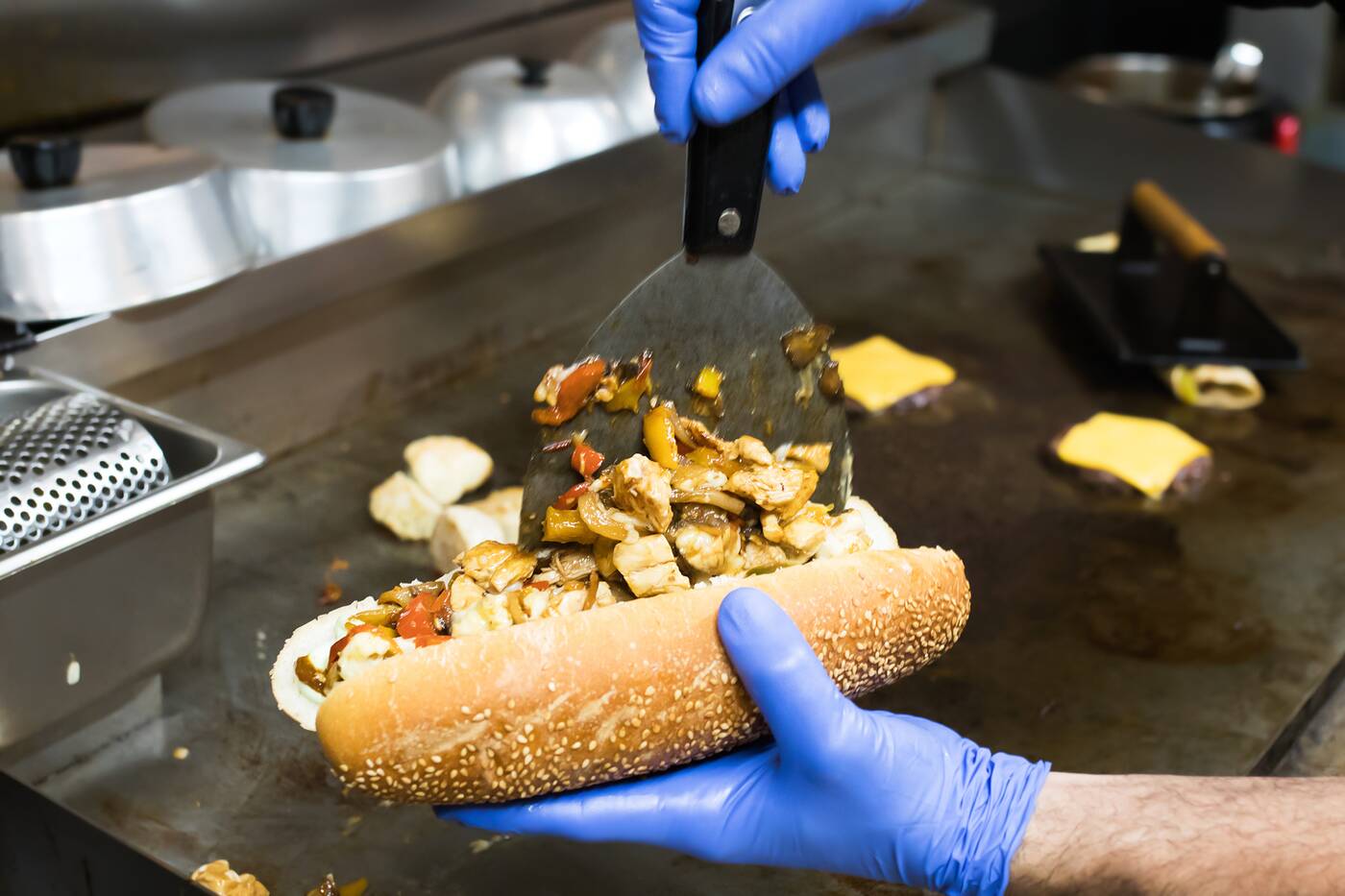 Though I'm sure most of the burgers and sandwiches on the list are worth a try, the subs are what sets this spot apart from your regular burger joint, as well as other Lebanese restaurants.

More known for its traditional foods like shawarma and kibbeh, Lebanon also has plenty of food that's more influenced by Western countries, and that's what Zein tends to focus on here. 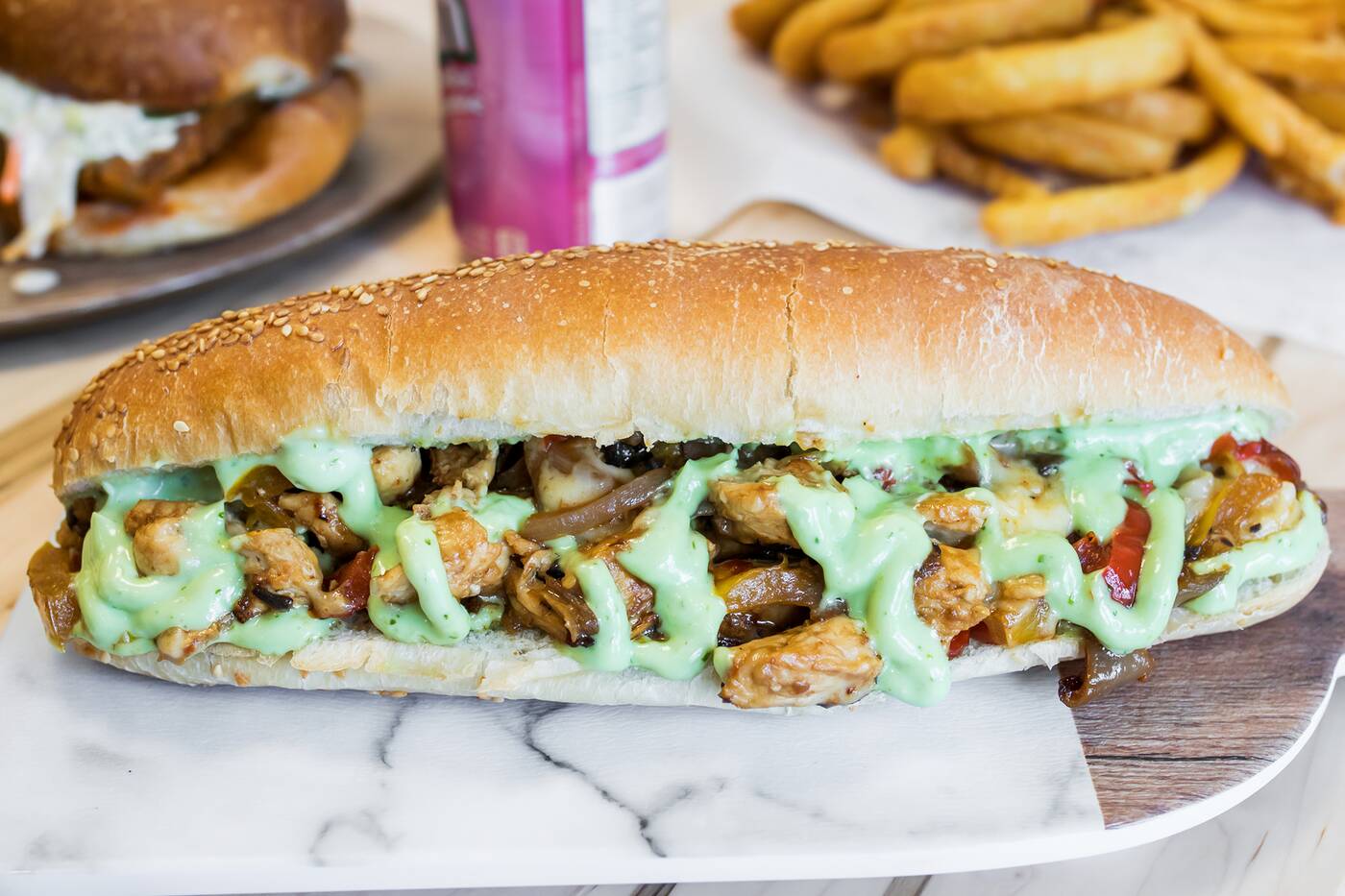 Not to be confused with guacamole, the creamy sauce nicely complements the rest of the fajita flavours. You won't find Mexican seasonings here; the chicken is prepared with Mediterranean spices instead. 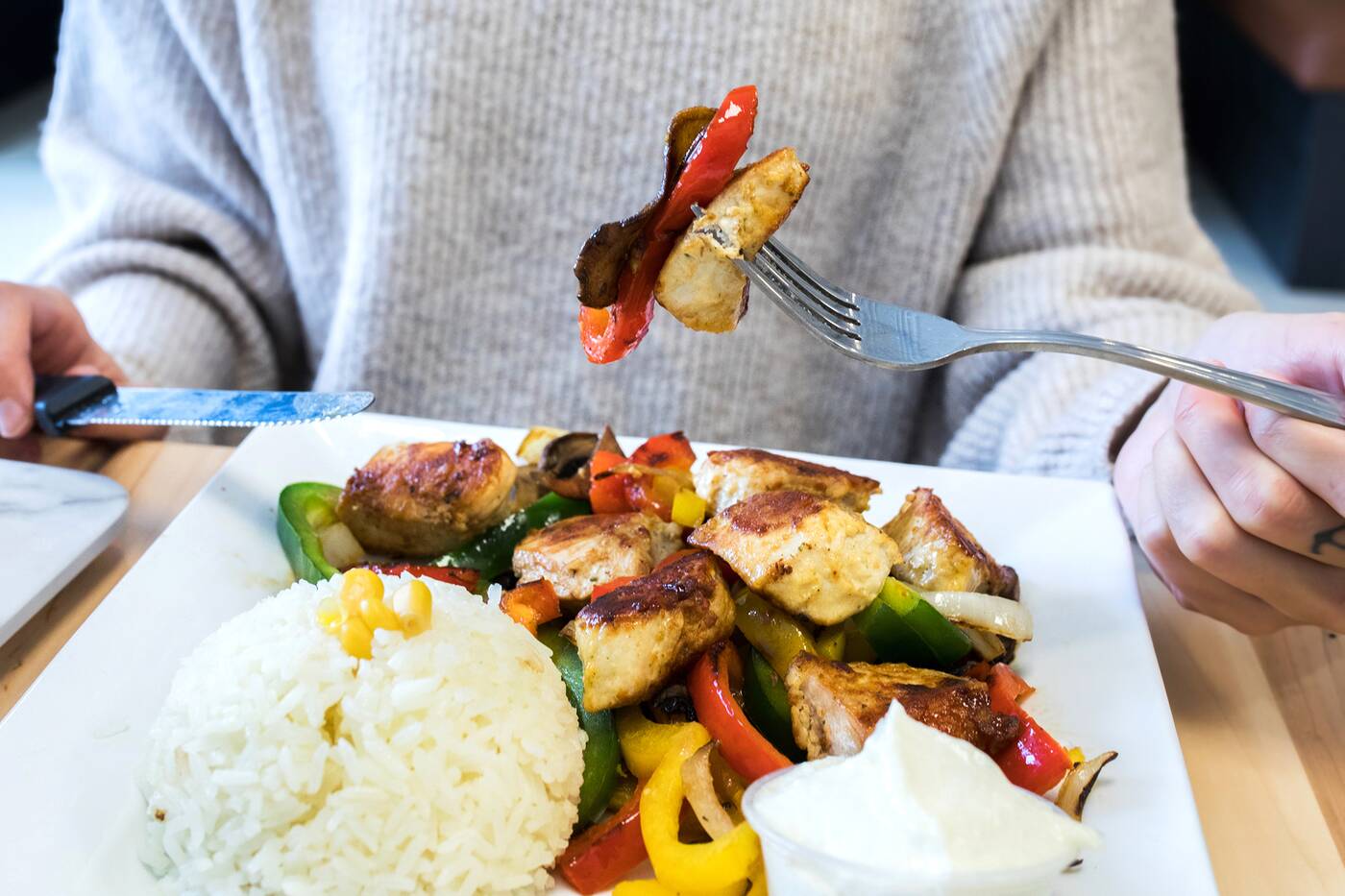 They also offer a few different platters if you're in the mood for something sans-bread. The tawook platter ($14.99) is a popular choice, served with two chicken skewers, rice, garlic sauce and coleslaw. 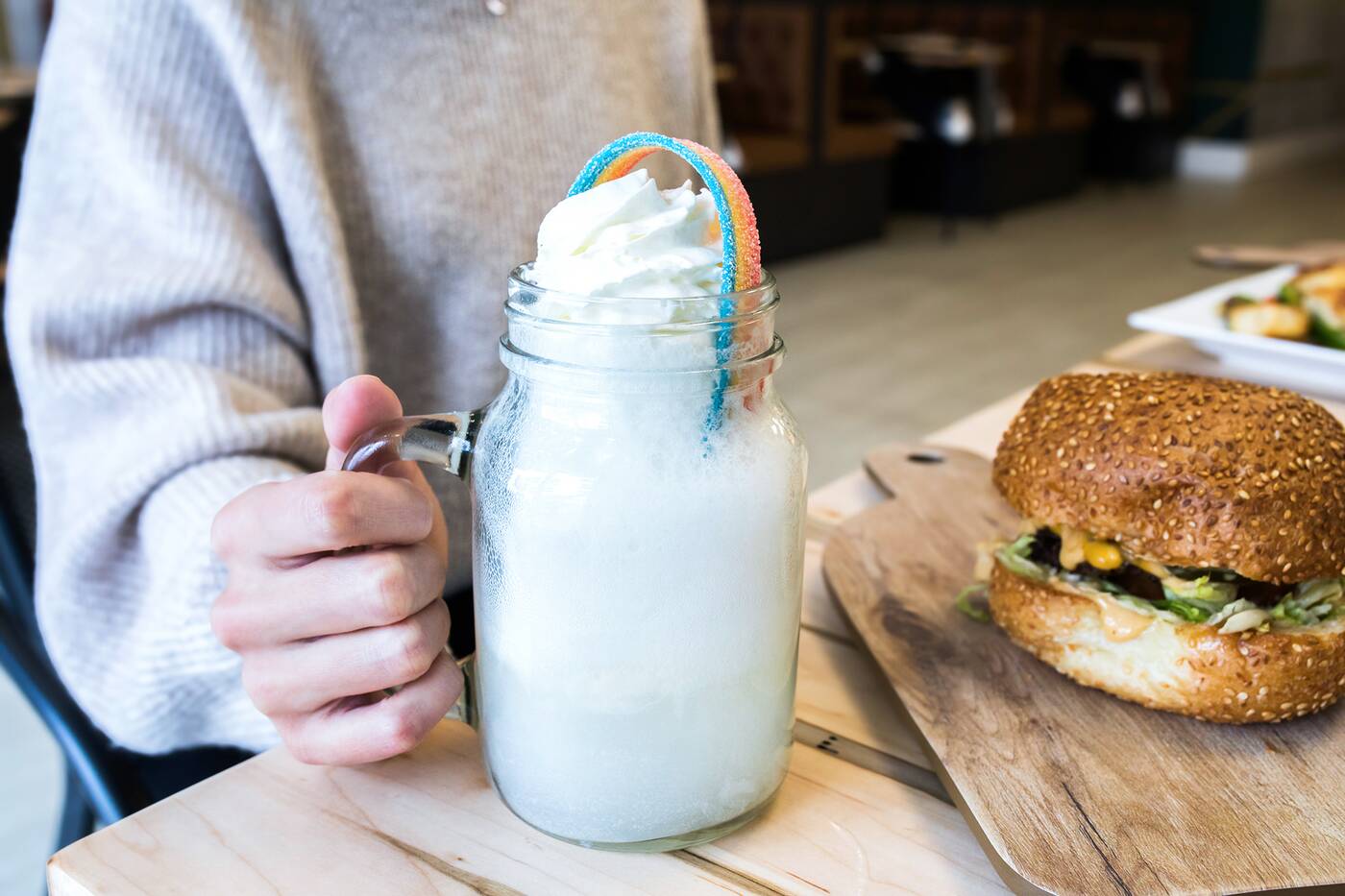 If you still have room, the lemon lime float ($5.99) with 7-Up, whipped cream and sugared rainbow strips, is an interesting take on the classic Root Beer float, (though you can get that here too).

Saltyz Grill provides a solid option to anyone in need of some comfort food in the east end. Try one of the smash burgers or the fried chicken sandwich if you want to try a delicious take on these two ever-popular menu features. Or sink your teeth into one of the Lebanese subs for something new. You can't really go wrong. 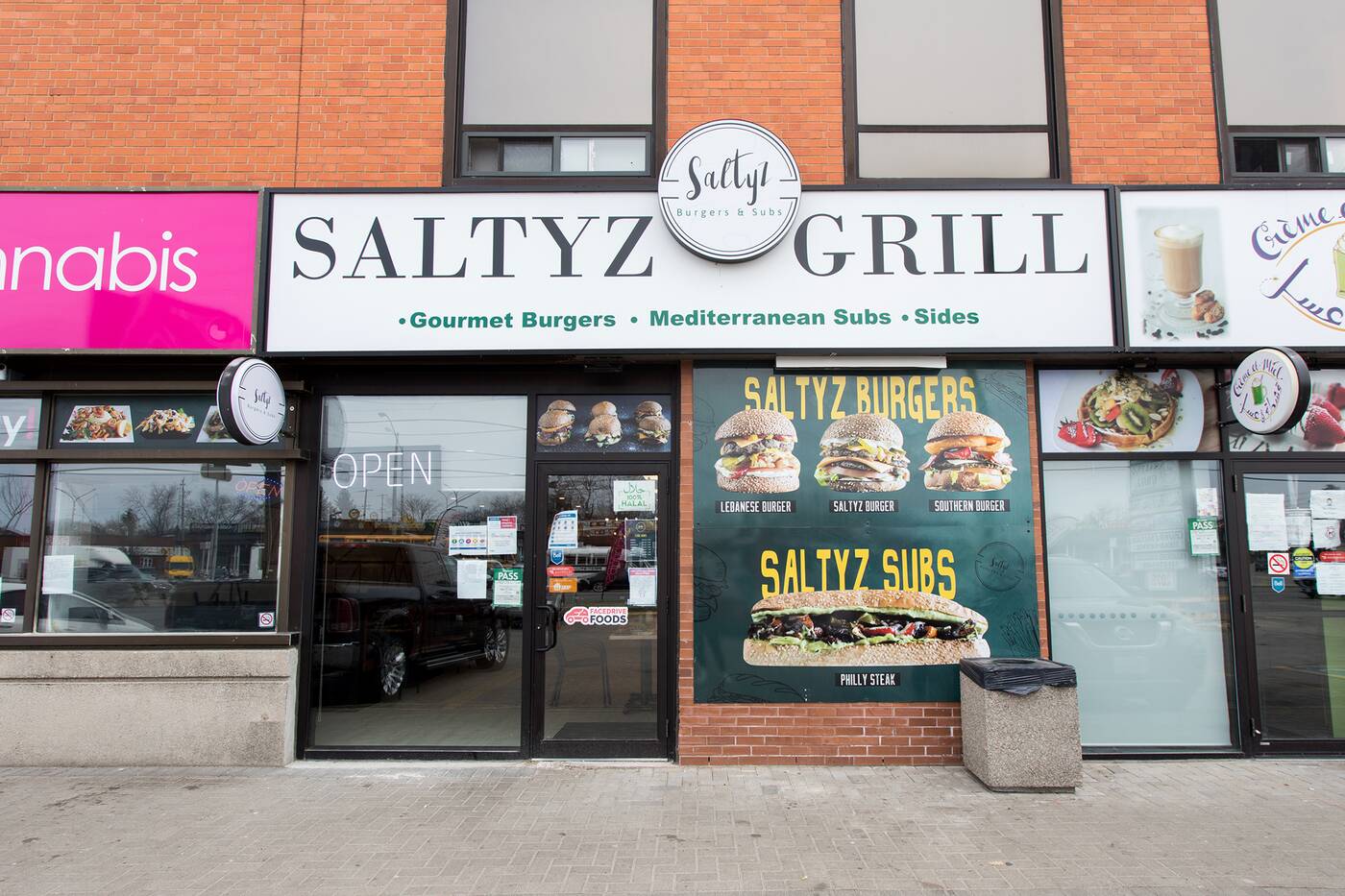