Budapest Restaurant cooks up traditional Hungarian comfort food at its finest including some of the best Schnitzel around as well as stews, cabbage rolls and eastern European desserts.

Having moved to Canada about 40 years ago, Edit Csoma was a landscaper in Hungary but knew she always wanted to cook. She co-owns the restaurant with her wife, Loriemhe Ditchon who moved here from the Philippines. 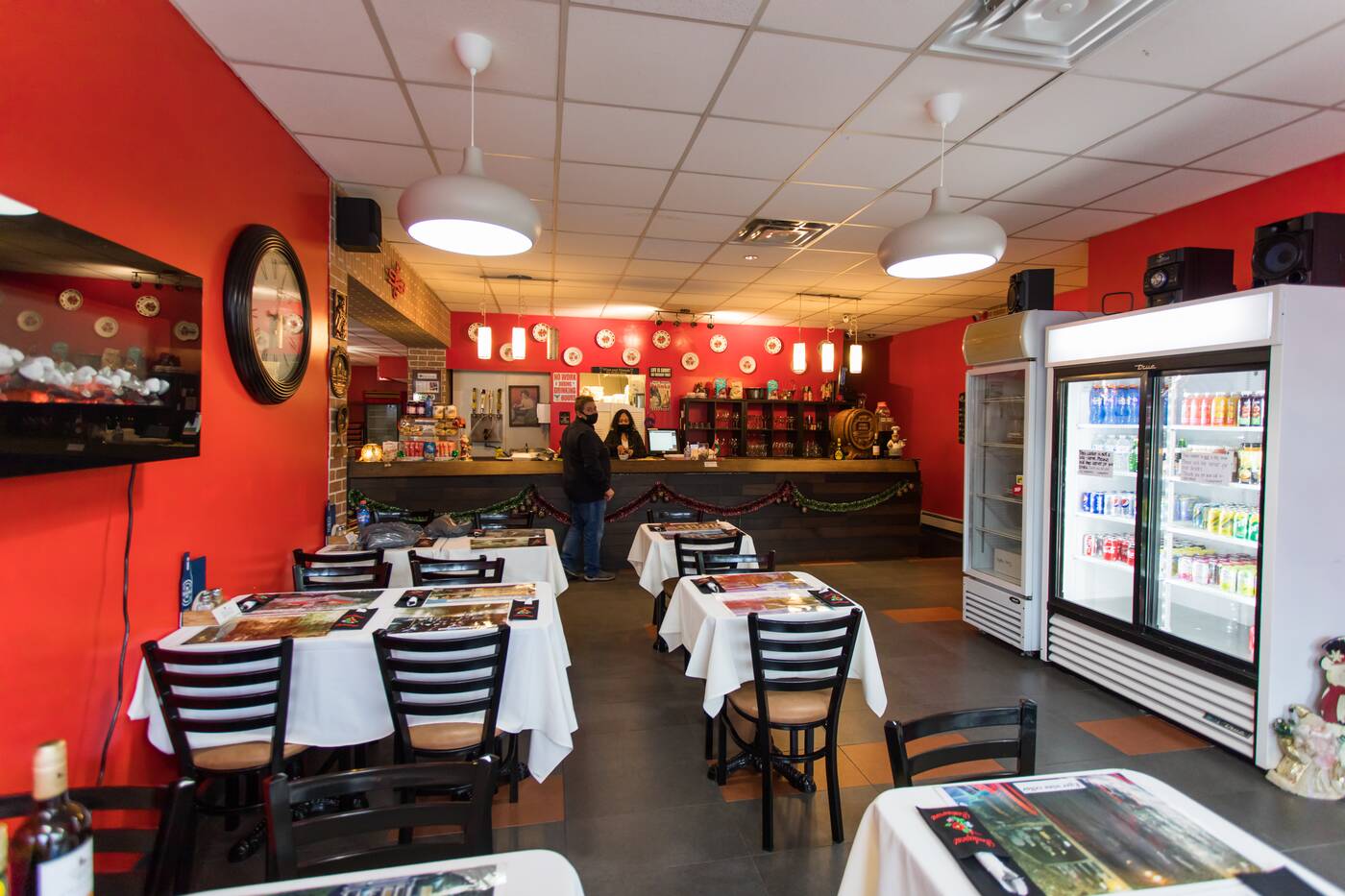 Csoma has cooked in a number of Hungarian restaurants across the city including Country Style, where she and Ditchon both worked before opening Budapest.

They moved into the storefront on Gerrard Street about five years ago after Csoma was in search of the right spot for over 15 years. 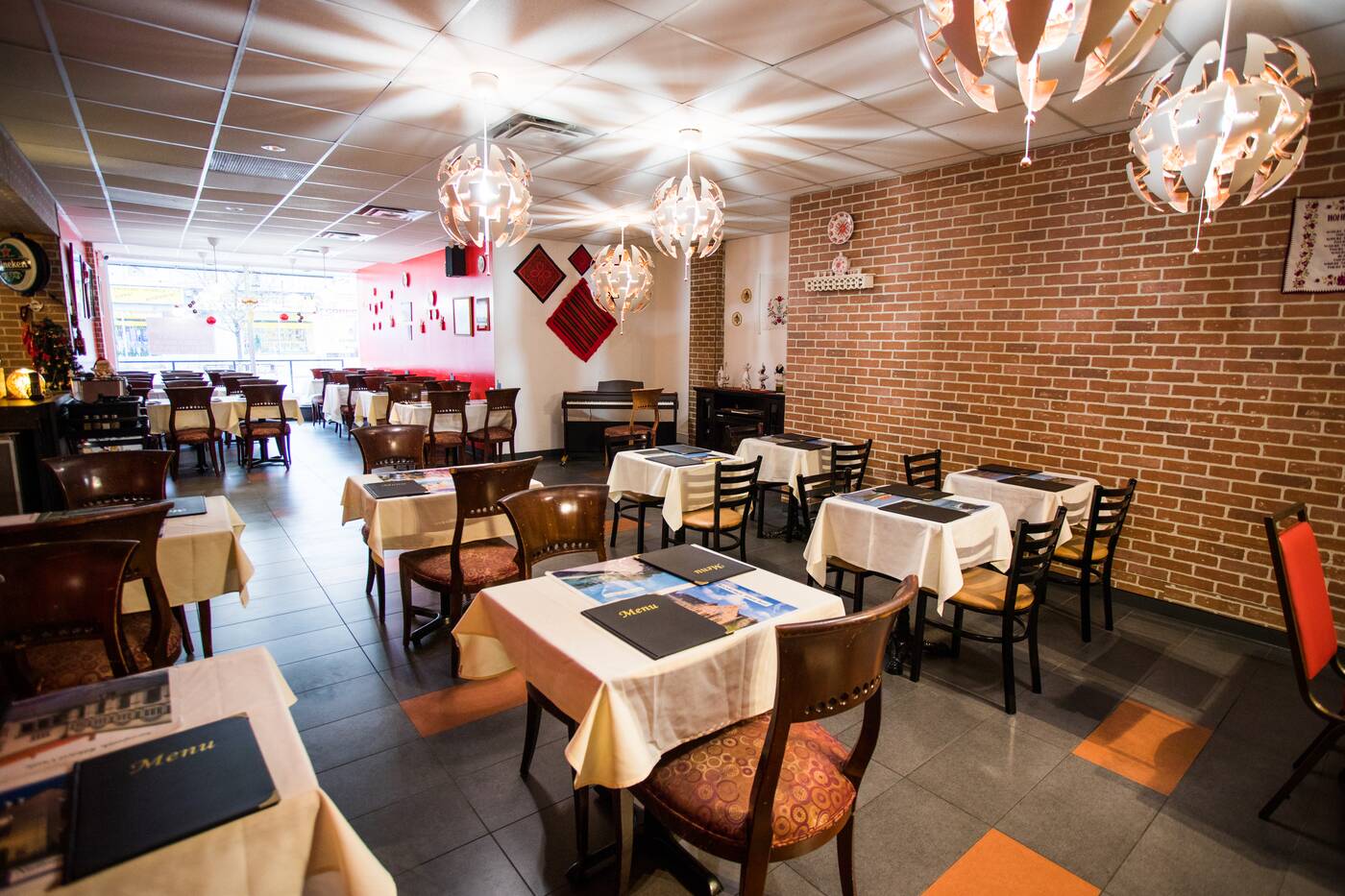 Now the family-style restaurant is right on Danforth Avenue. Though the location has changed, the food, which is mostly inspired by Csoma’s mother and grandmother’s original recipes, remains the same. 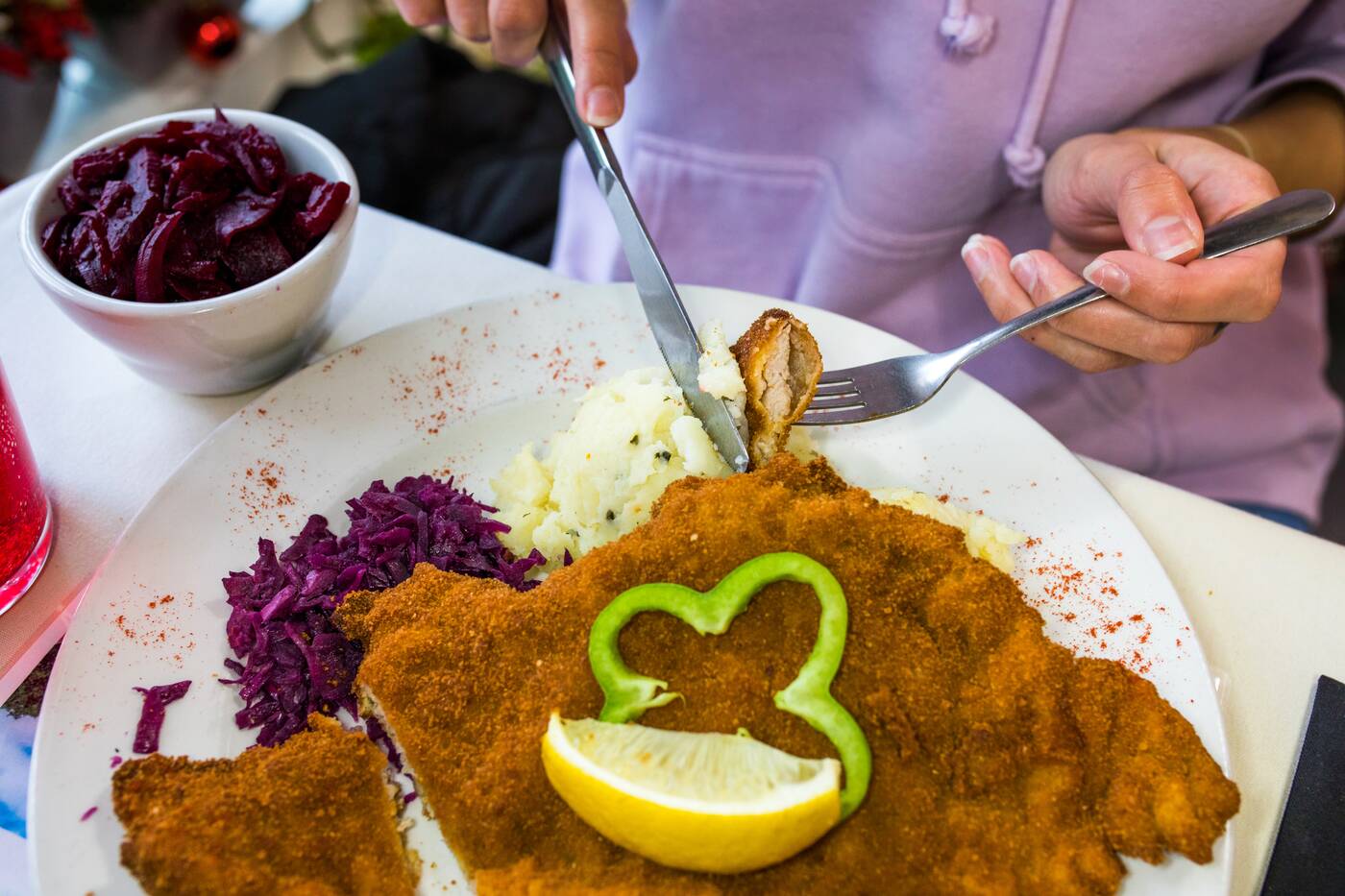 They're known for their schnitzel. The Wiener Schnitzel ($16.95), which is traditionally breaded and golden fried, is served with a side of mashed potatoes.

For those who are especially hungry or have a few mouths to feed, the Hungarian Platter for four ($87.95) comes piled high with two schnitzels, two pork chops and four slices of Debreceni Sausages. 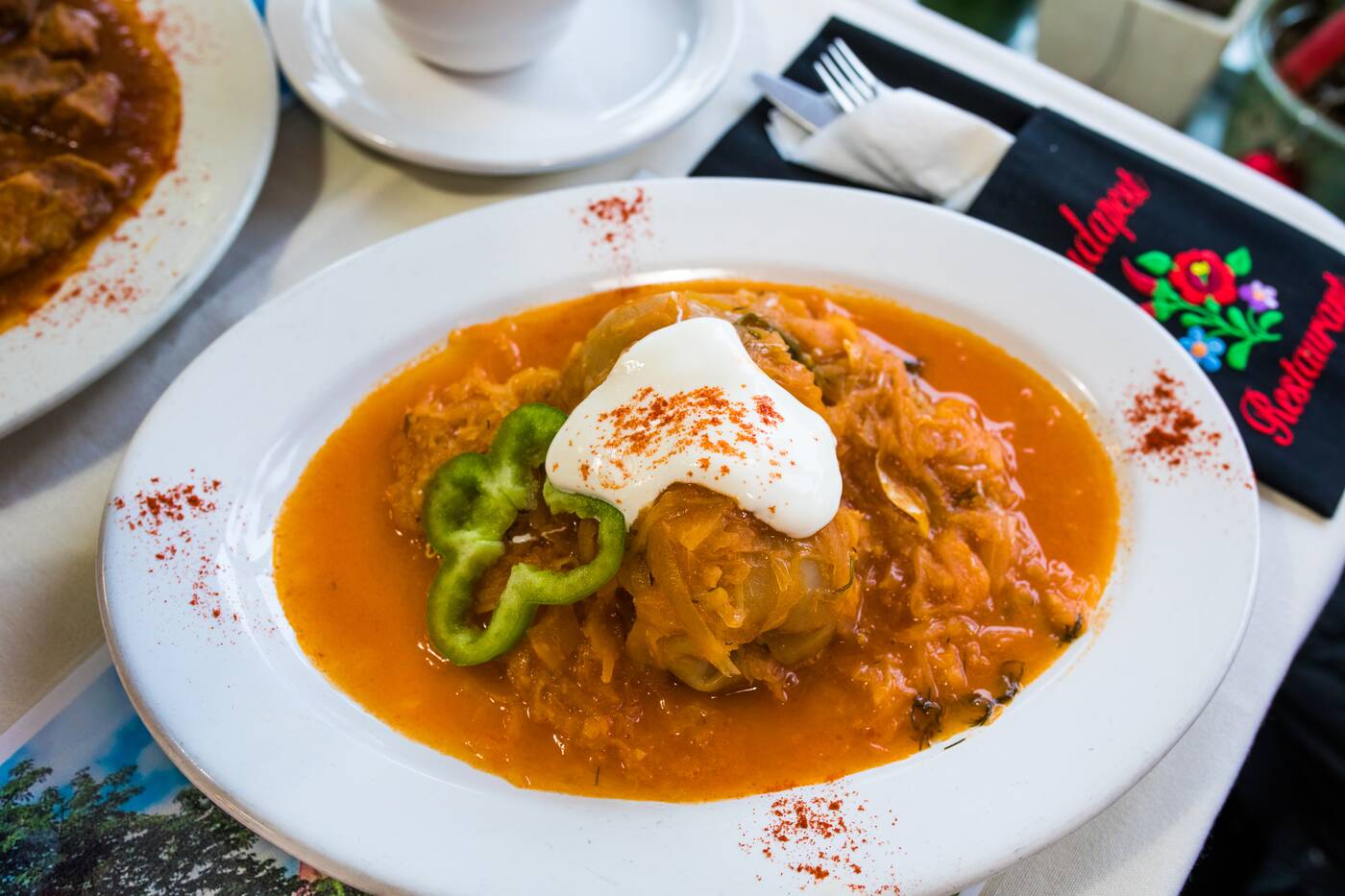 Also notable is the cabbage rolls, two of which come with the platter. 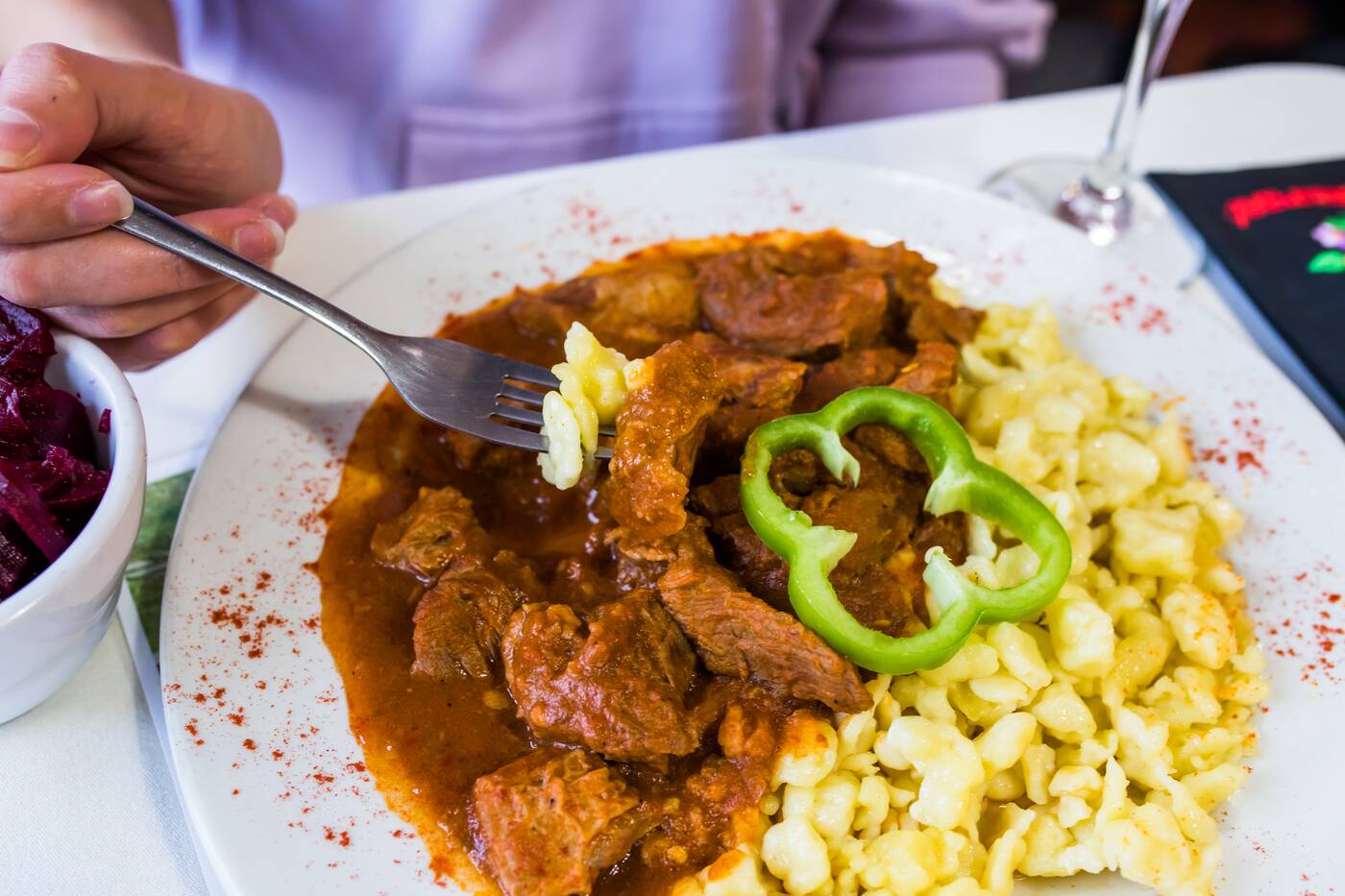 The Beef Stew ($17.95) known for its sweet onion flavour is best served with Hungarian dumplings, also known as nokedli.

All of their meat is purchased fresh from Balaton and is slowly marinated in a mixture of Hungarian spices to ensure its tenderness and flavour. 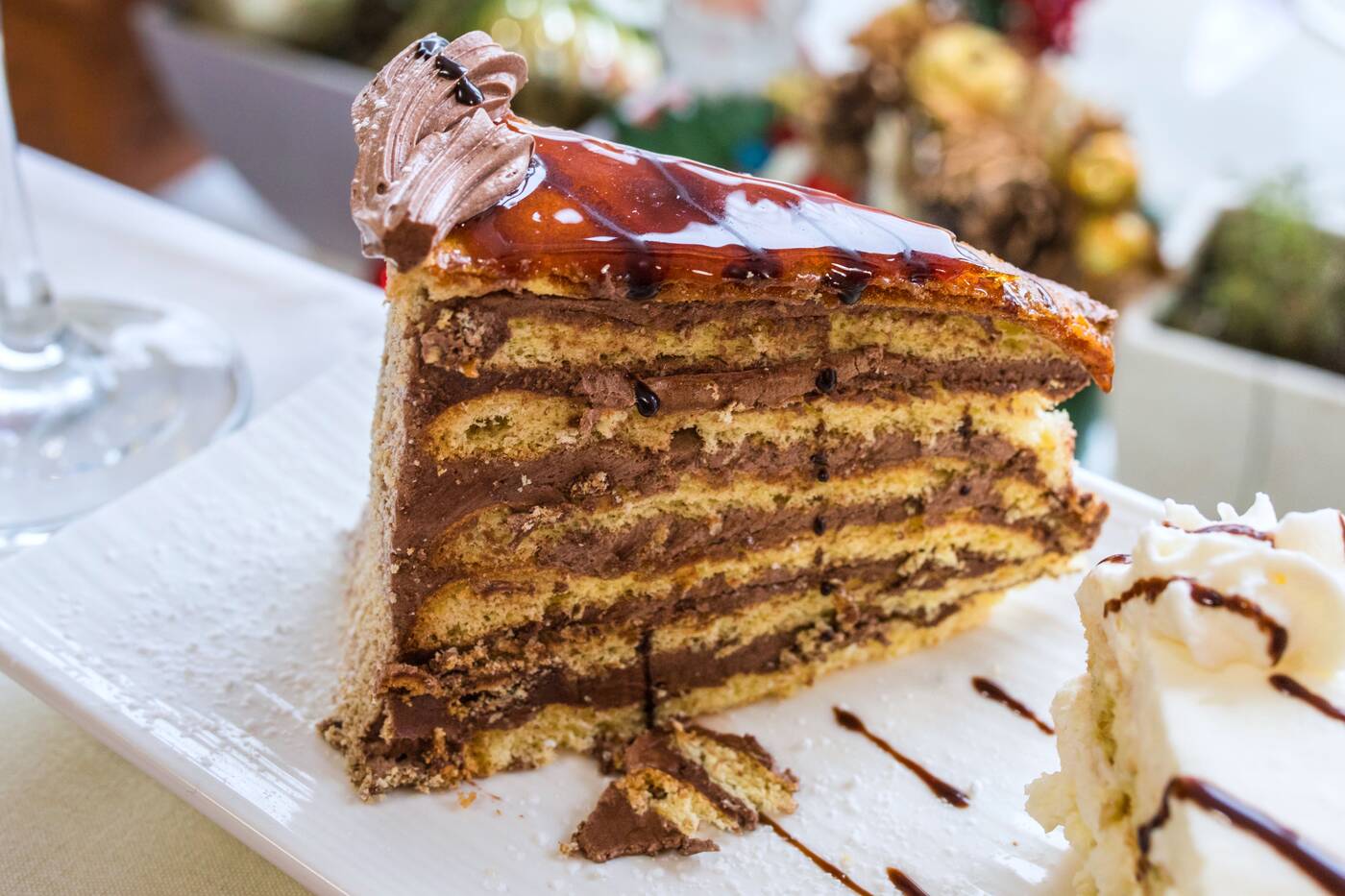 They also offer a few eastern European desserts including Dobos Torta ($5.50), a Hungarian sponge cake layered with chocolate buttercream and topped with caramel. 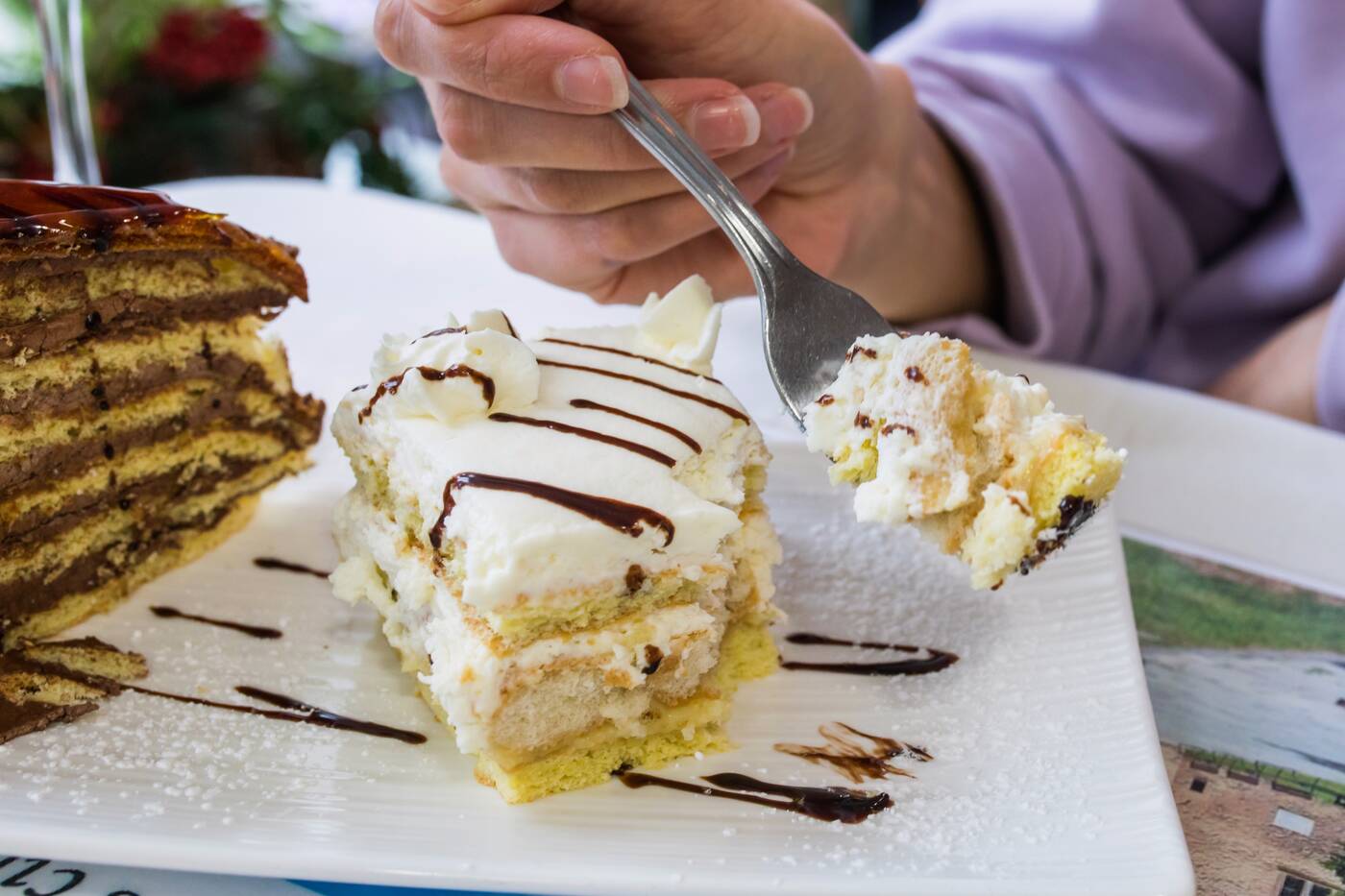 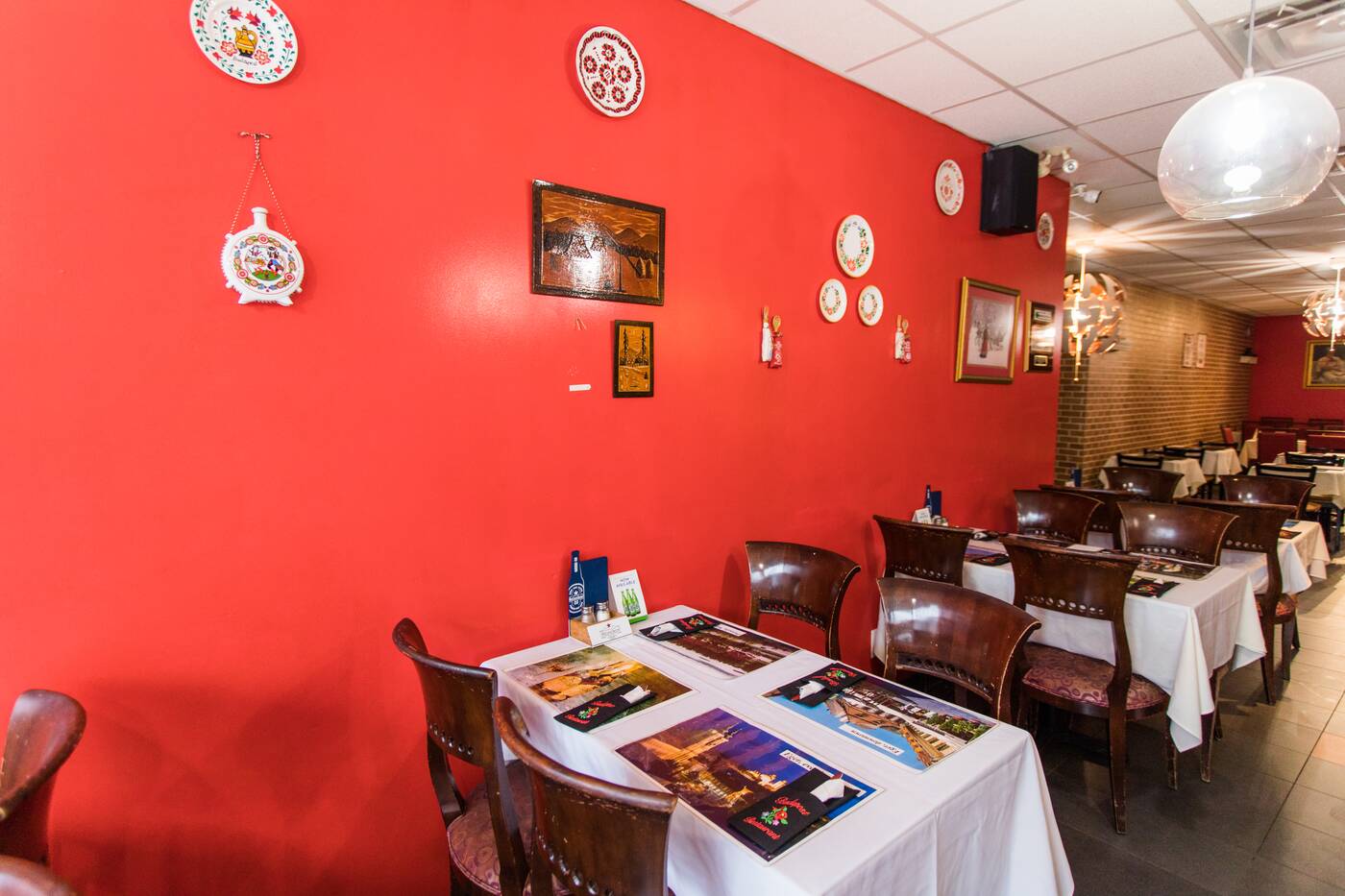 Besides the authentic Hungarian dishes, the homey interior of the restaurant is adorned with traditional Hungarian decorations which have been given to them by customers as well as Csoma's brother.

Her sister-in-law even made the culinary holders that bear the name of the restaurant. 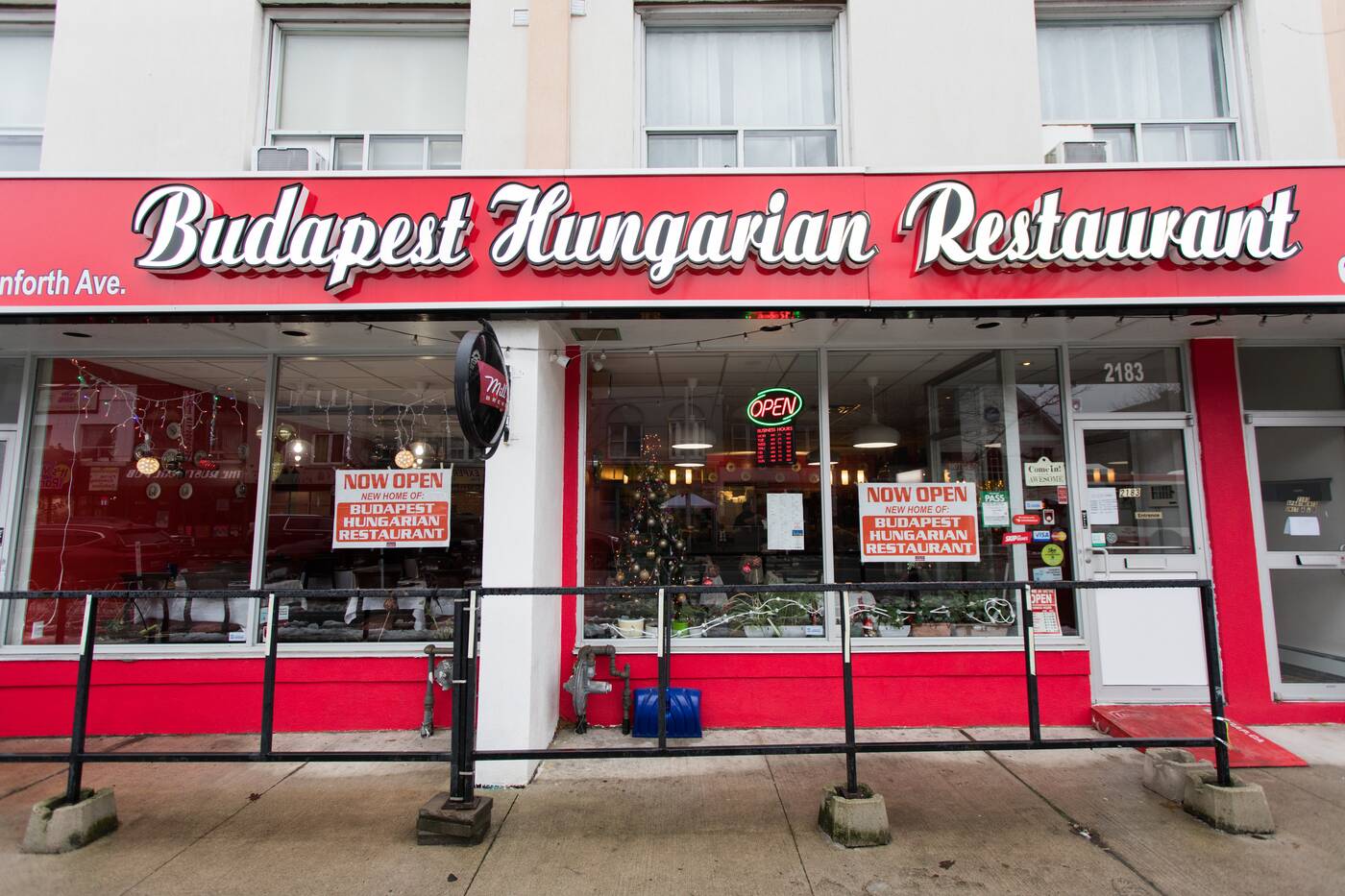 The Best Schnitzel in Toronto