Brickworks Ciderhouse makes cider at the corner of Queen and Broadview where the An Sibin pub and Real Jerk once was.

On draft here are the three popular Brickworks ciders also available in LCBOs, their Batch 1904, Queen Street 501, and Stadium Island peach, but this place is also a major testing grounds for dozens of experimental new ciders. 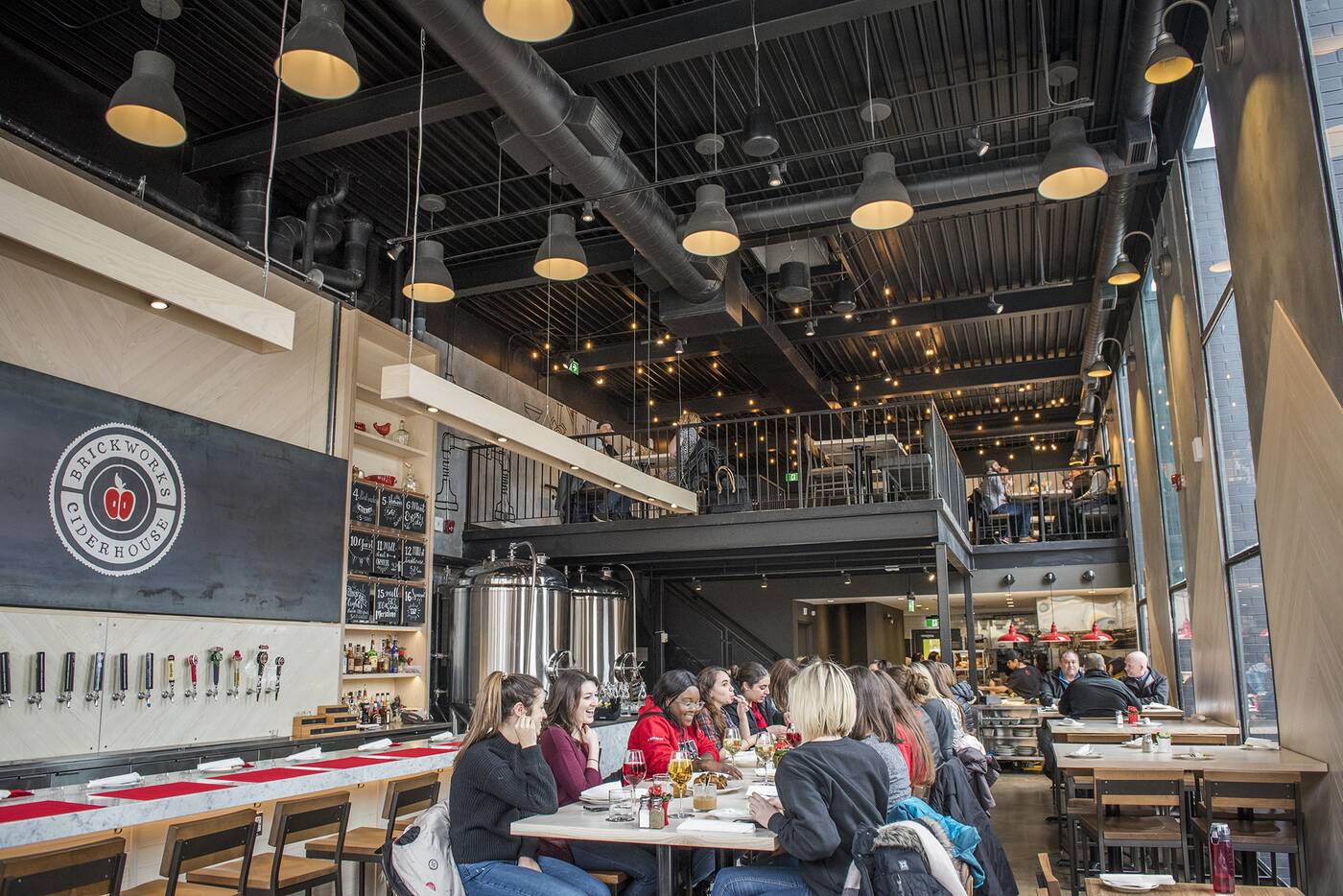 An open kitchen, apple pressing and fermenters are in full view of the dining area in the towering corner space that also features a long bar and communal table. 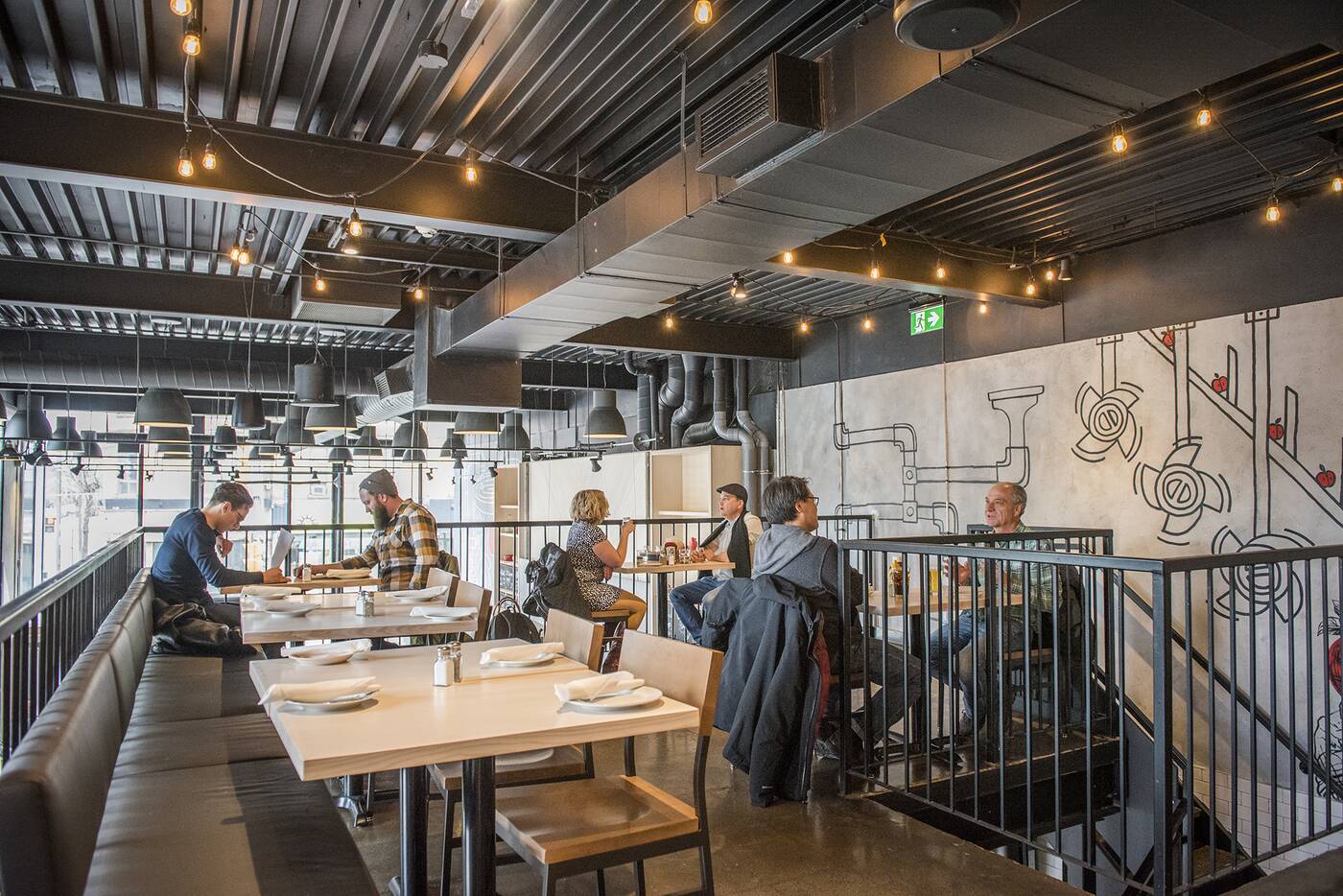 There’s also an upper level where kitchen parties can take place, Ciderhouse working with local chefs to create dishes and pair them with ciders. 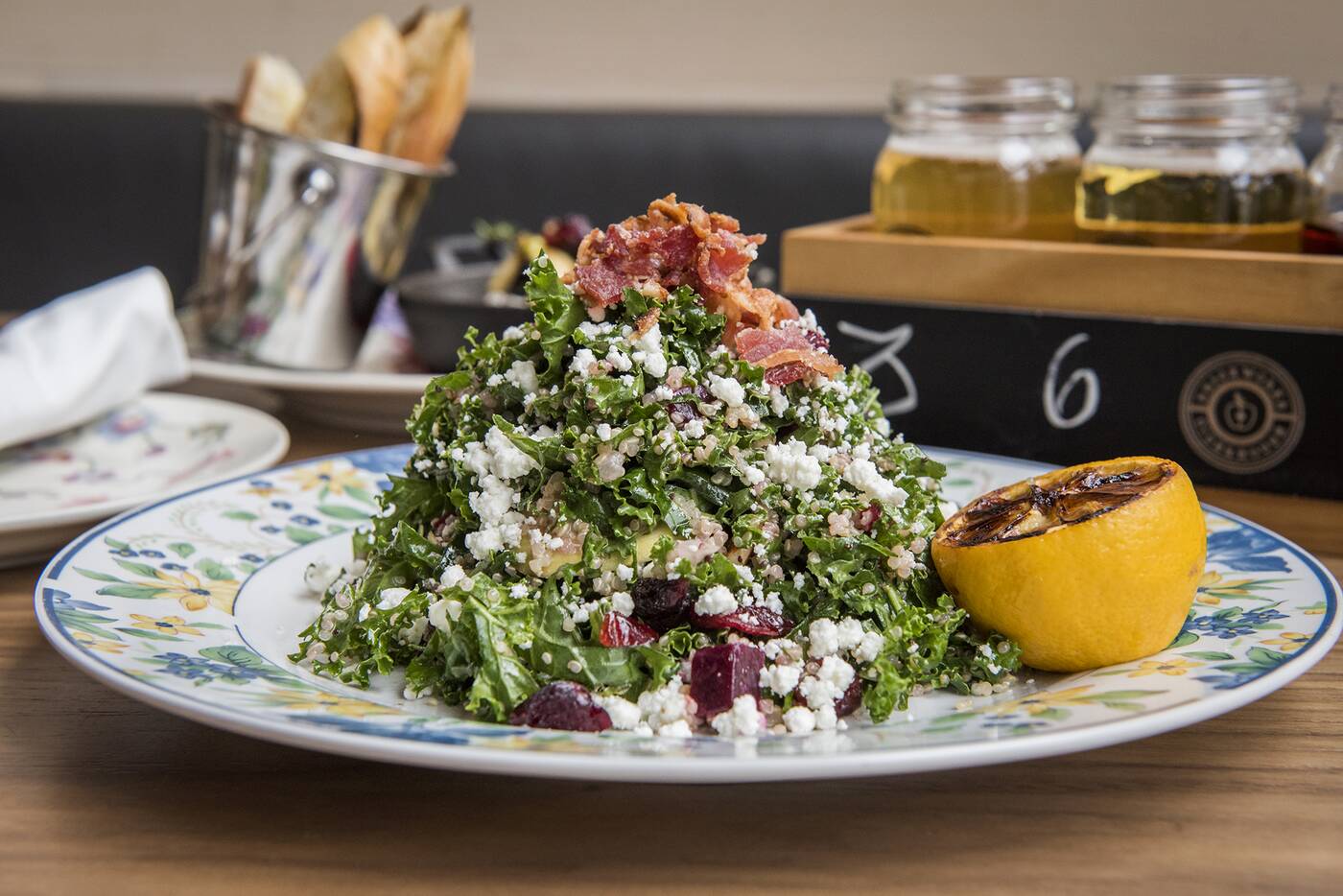 The Ciderhouse Salad ($14) is a mountain of chopped kale studded through with creamy goat cheese, sweet diced beet and apple (the perpetual saviours of kale), quinoa and pecans, all topped with bacon (the saviour of everything). 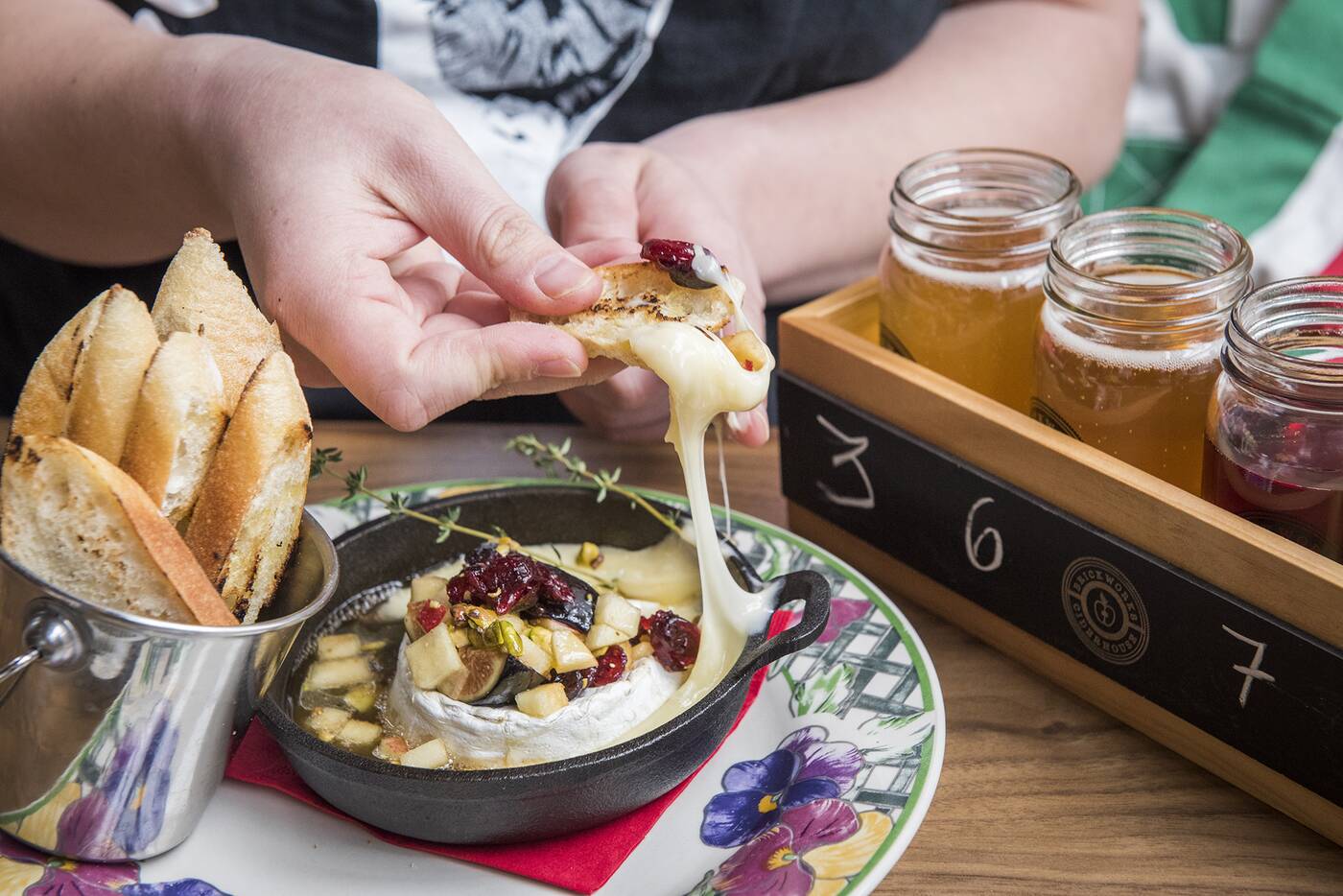 Iron skillet baked brie ($16) is just what it sounds like, a pleasurably gooey puddle of melted cheese piled with scattered apple, fig, dried cranberry, pistachio and a mild jalapeno honey, served with crostini for dipping. 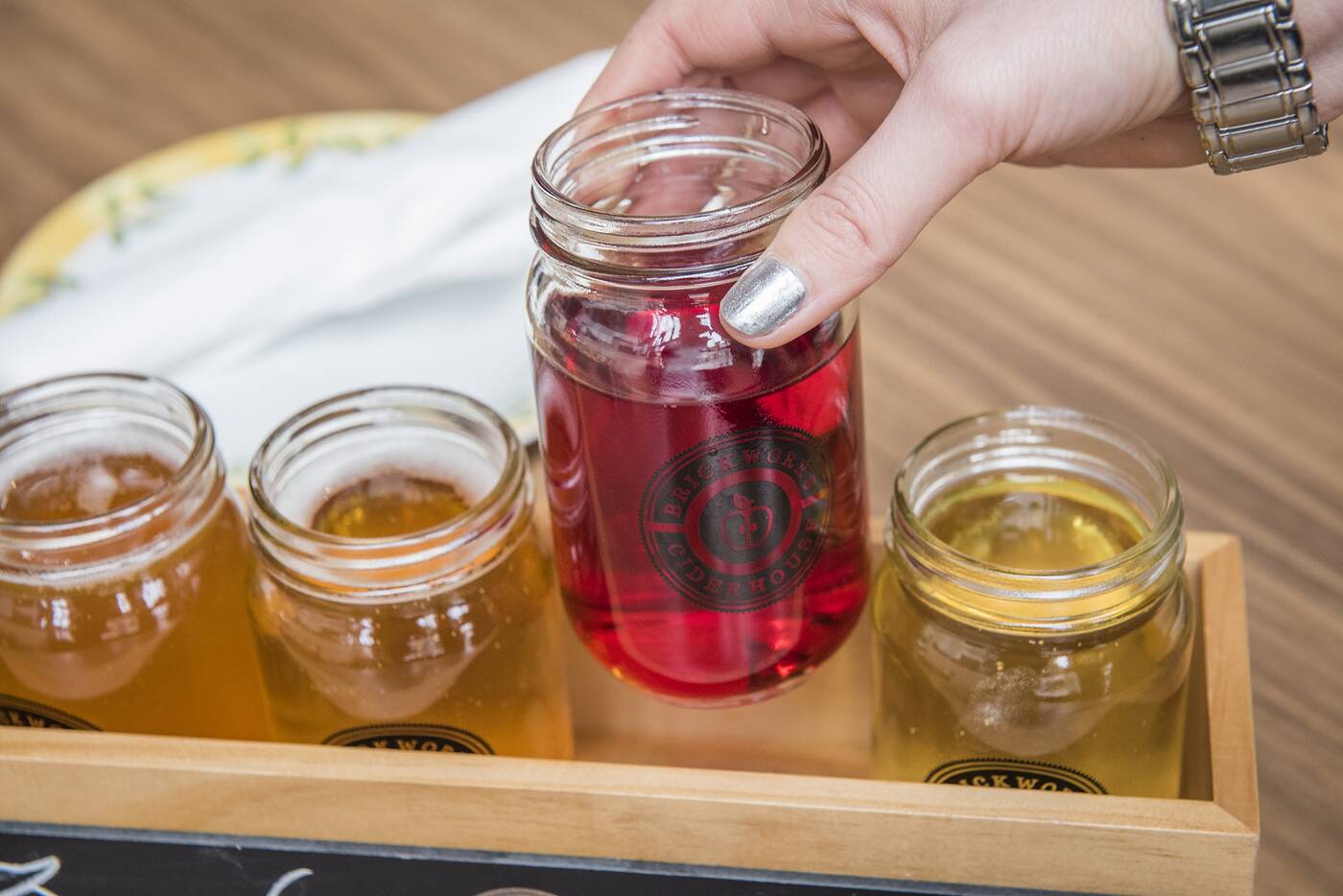 All menu items have a suggested cider pairing, the brie intended to go with the first cider ever created here, The Great Framboise made with BC raspberries. 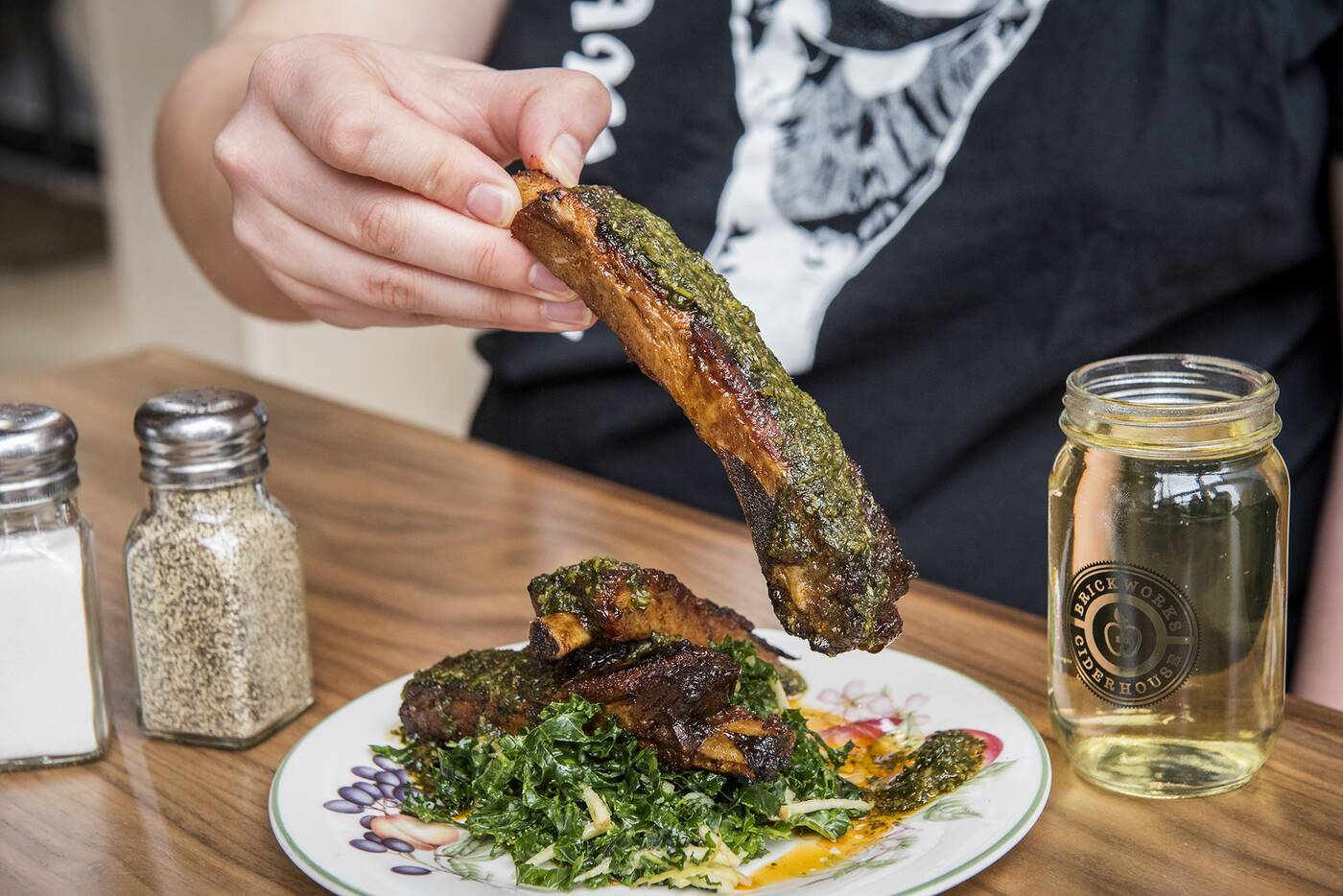 Pork belly ribs ($15) are brined in soy and star anise, brushed with a sticky Sambal maple and cider glaze and topped with a chimichurri, making for a vibrant combination of flavours.

They’re served on top of a poppy apple and kale slaw that’s almost unnecessary because the ribs are so good, but it does serve to break up the stickiness. 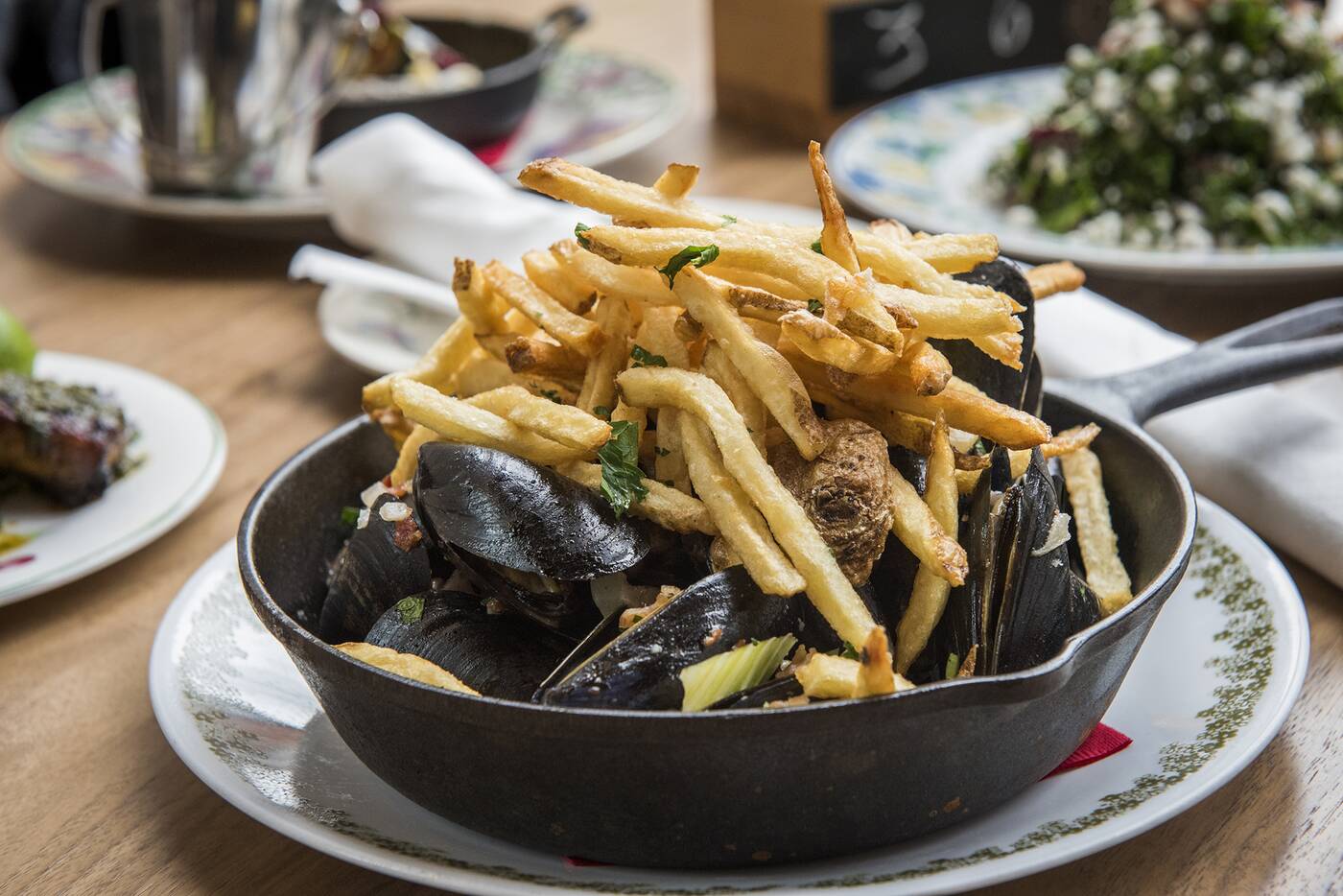 Blue cheese cider mussels ($16) sounds like a weird combination at first, but the apple cider blue cheese cream is very subtle, and a heaping helping of bacon and crispy frites brined in apple cider vinegar make this dish. 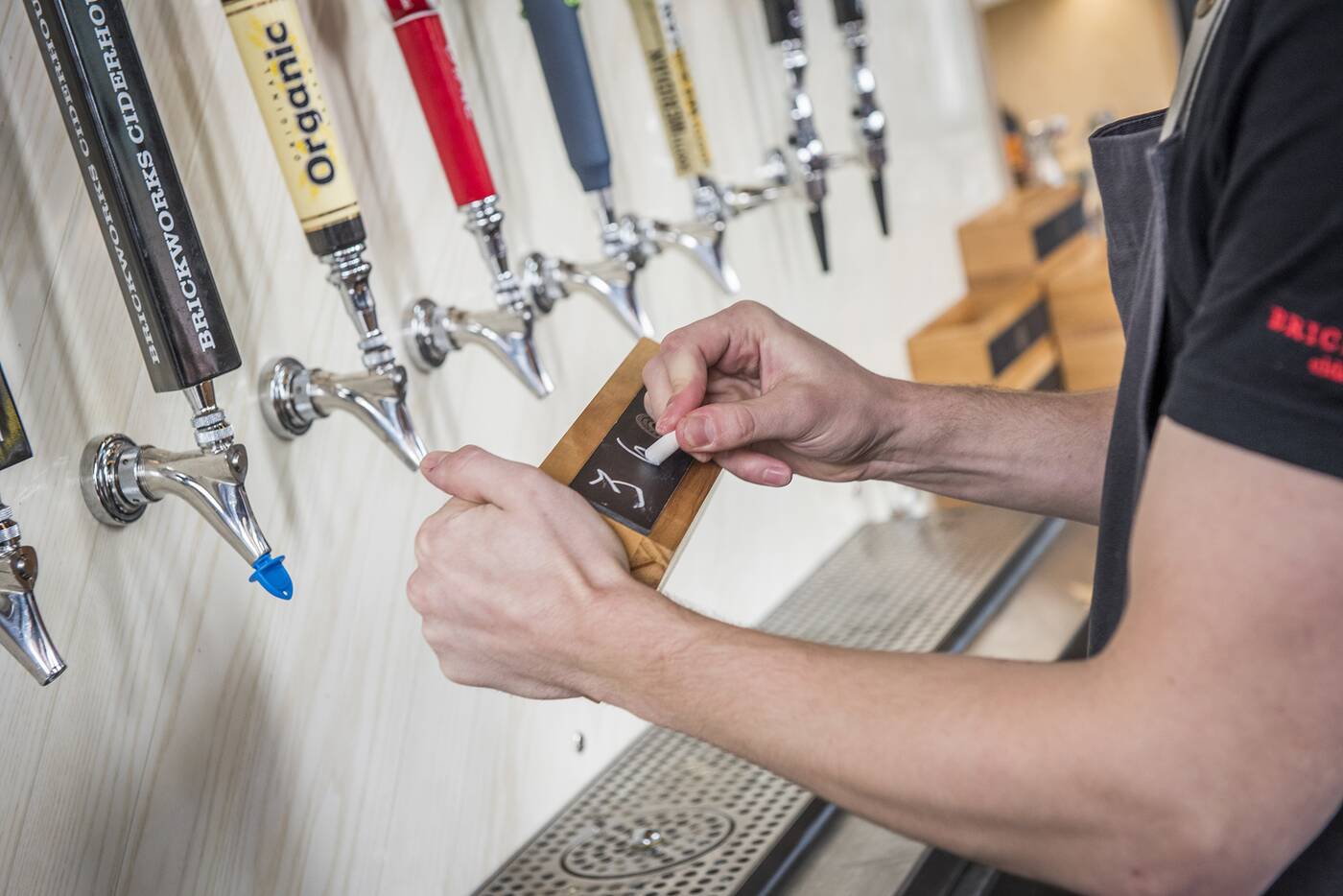 Flights are $15 for any four five-ounce pours, helpfully numbered in chalk to match the draft menu. 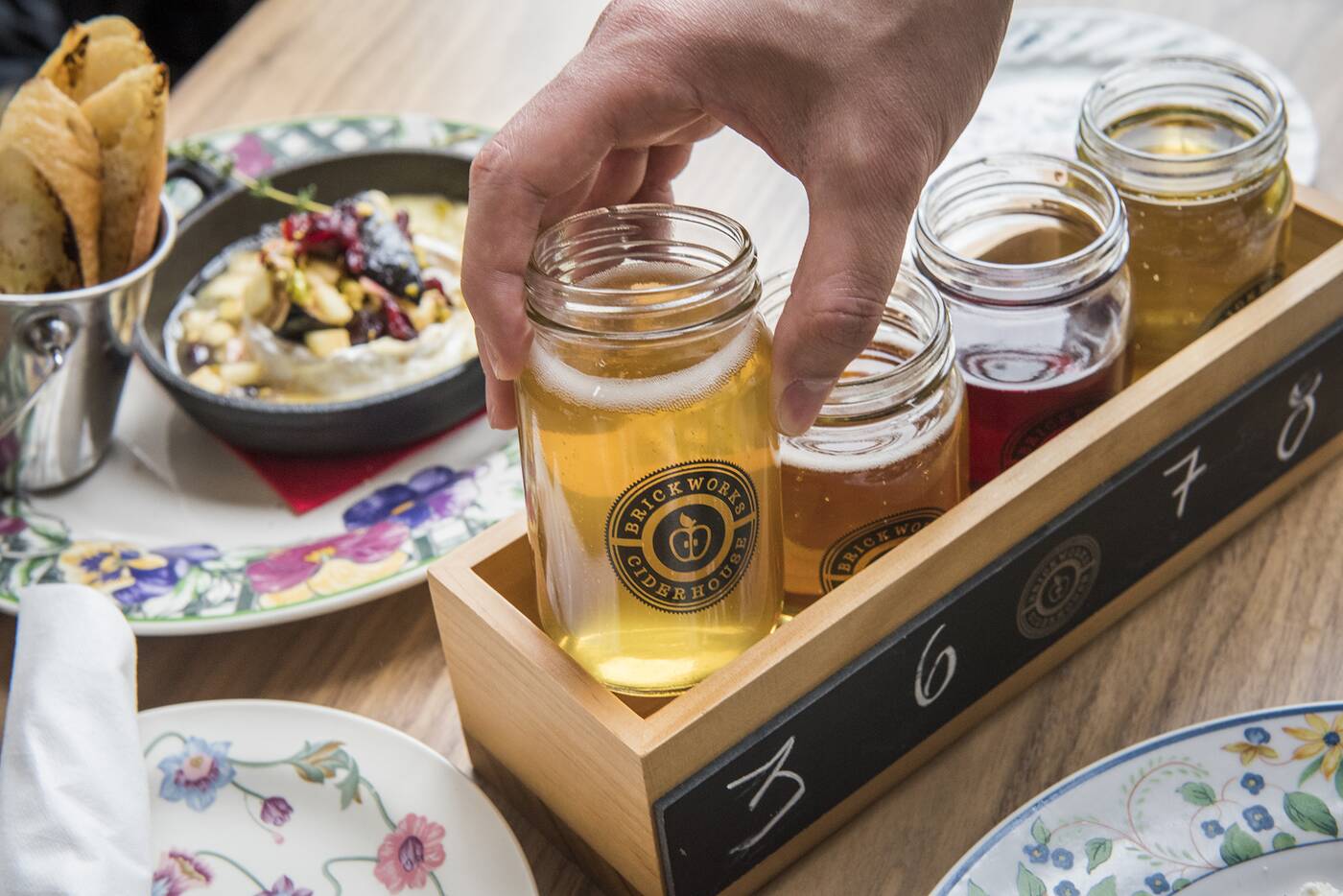 We opt for the Stadium Island Peach, then branch out to the sweet Great Framboise, strong and dry Citrus Maxima, and my favourite, a mint and basil cider. 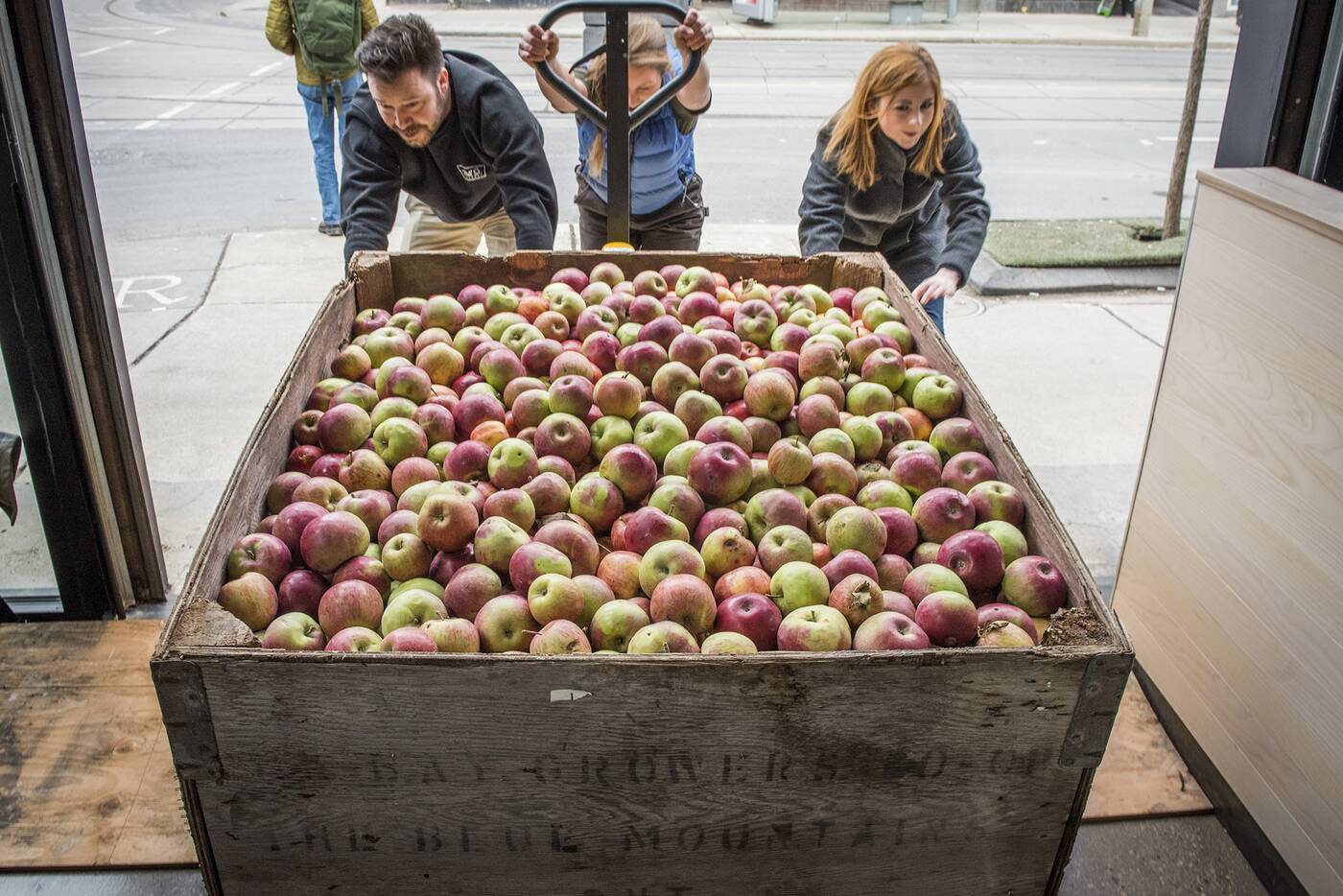 Apples are delivered to the pressing area right through the front garage window, and every single apple for 3 million litres of Brickworks cider comes from Ontario farms. 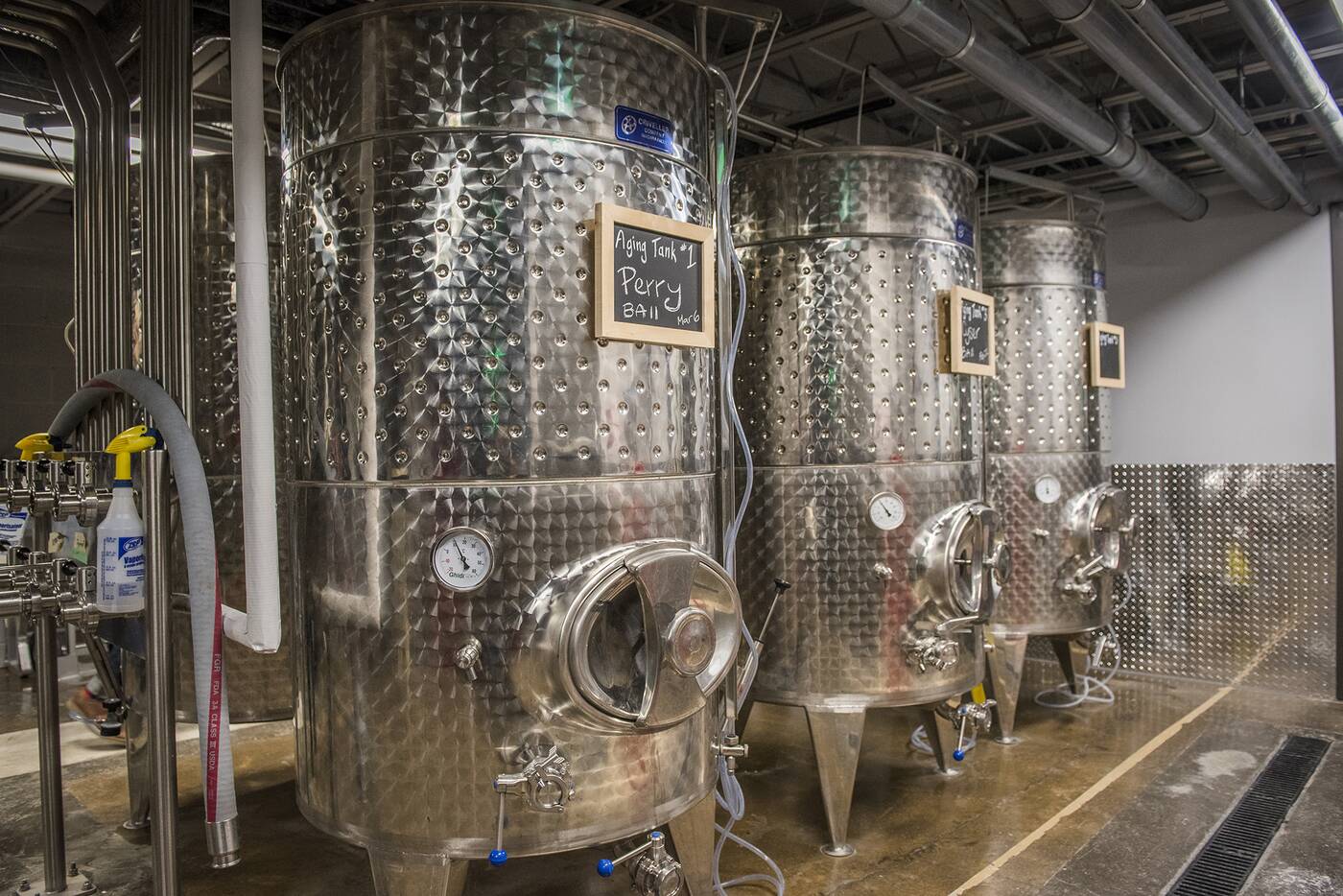 The basement is where all the magic happens, six aging tanks literally filled with possibilities involving different types of apples and fruit. Stainless steel pipes carry fresh cider from down here to the taps above. 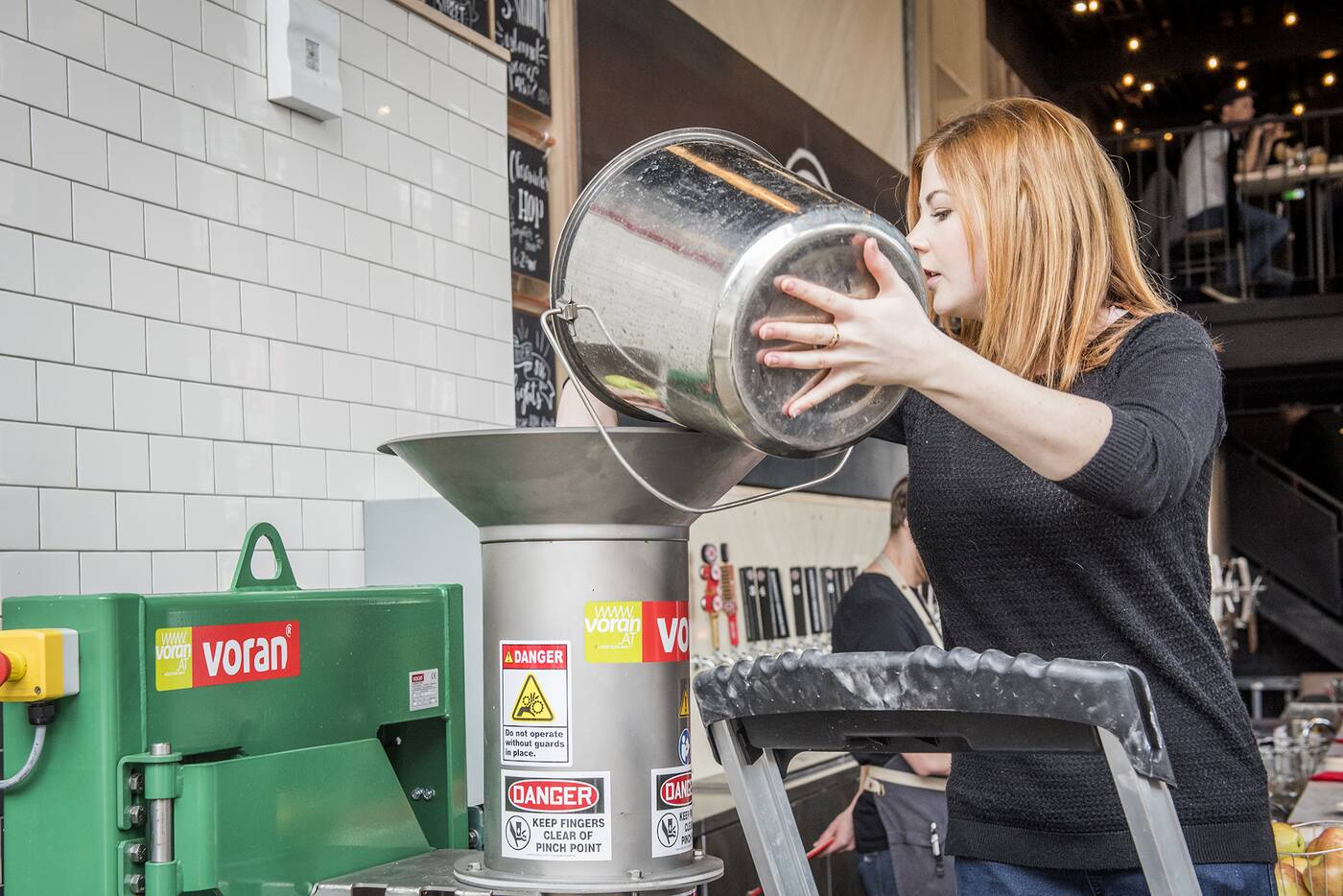 The menu and ciders are seasonal, so expect frequent changes plus a patio with a fruit prep staging area. 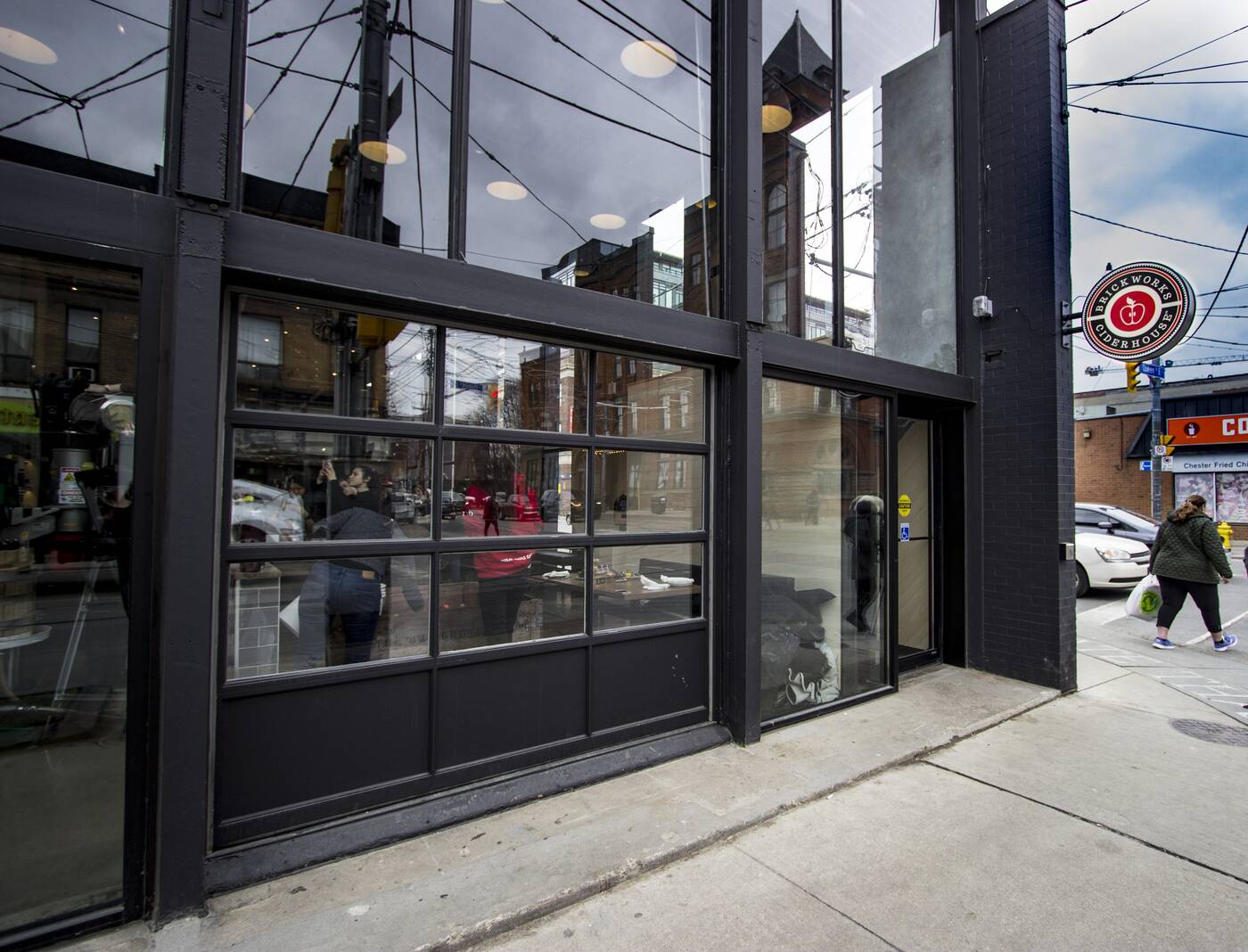