Century Park Tavern is where locals of Davenport Village go for classic pub eats like burgers and fish and chips, as well as weekend brunch.

Tucked away on Powerhouse Street just behind Lansdowne, the neighbourhood restaurant is inside a centuries-old building where steel and iron products like train cars were manufactured for nearly 80 years. 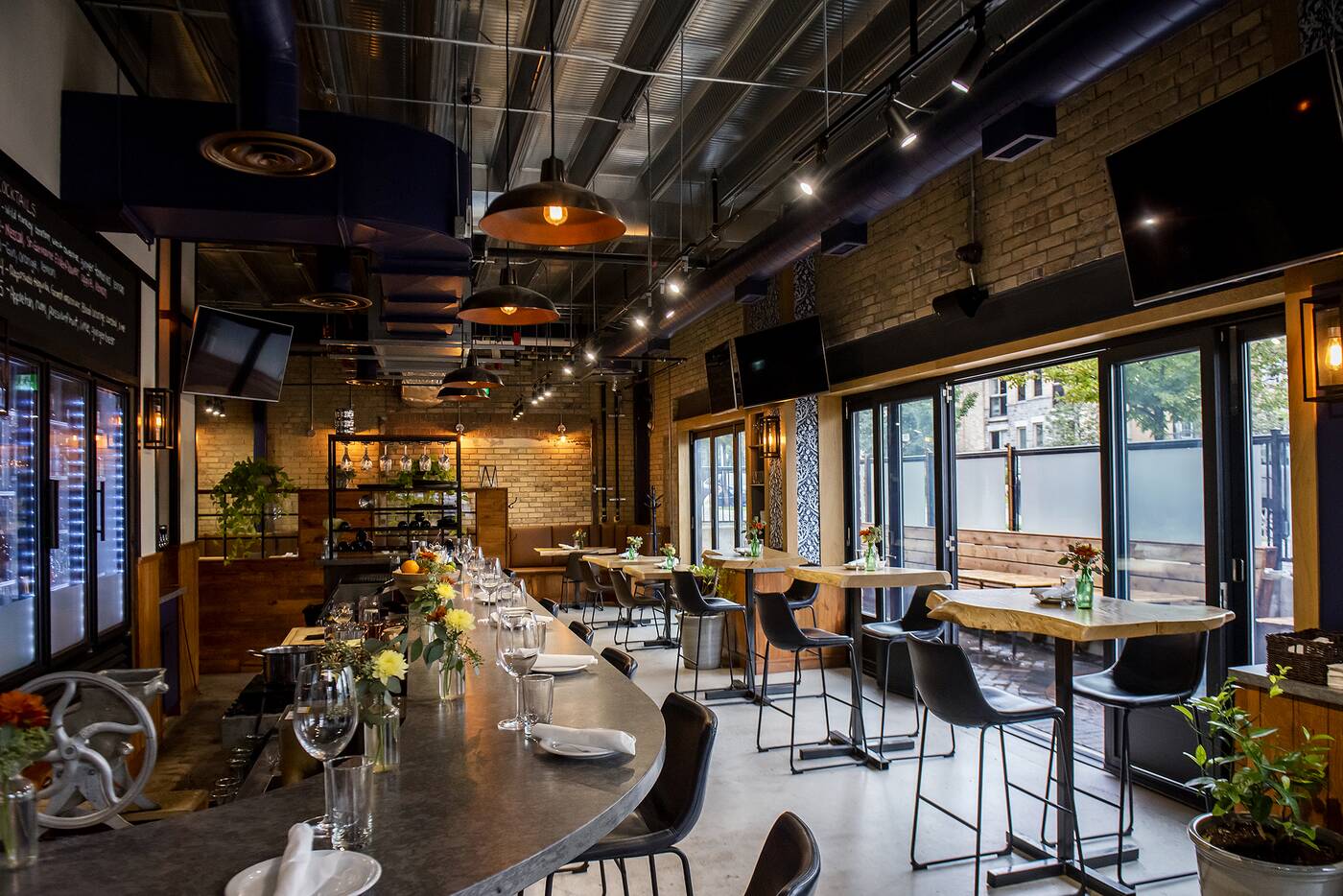 Brick remains of the old factory's smokestack can still be seen where the patio now is. The historic building was also sold to General Electric in 1923 and powered the entire neighbourhood for a time. A vintage GE sign still hangs on the wall of the 95-seat dining room. 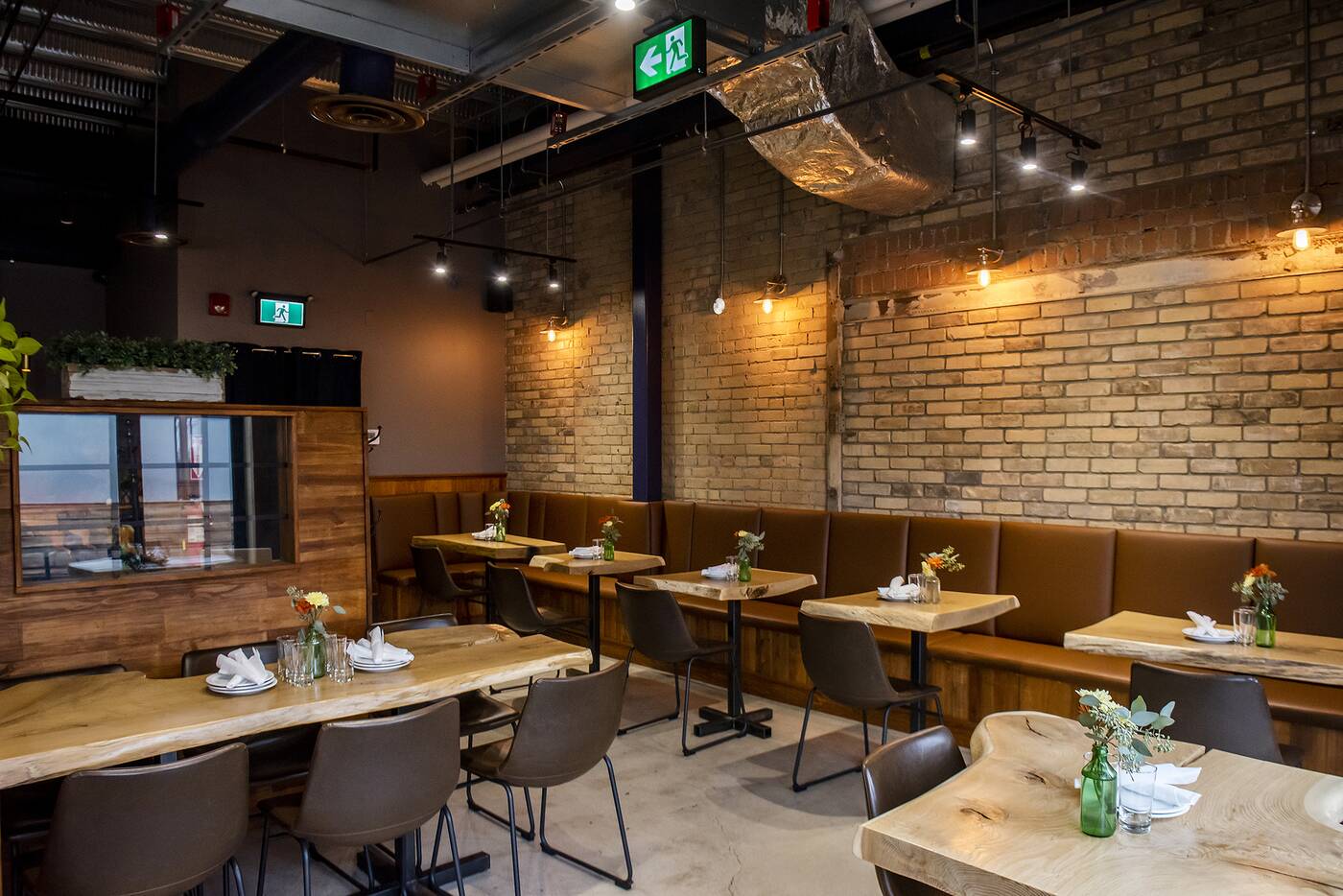 It's now one of the few local dives in a largely residential area. Every neighbourhood needs one: a one-stop spot for breakfast, lunch, dinner, and sports games, and that's exactly what Century Park Tavern is for the young families of the area. 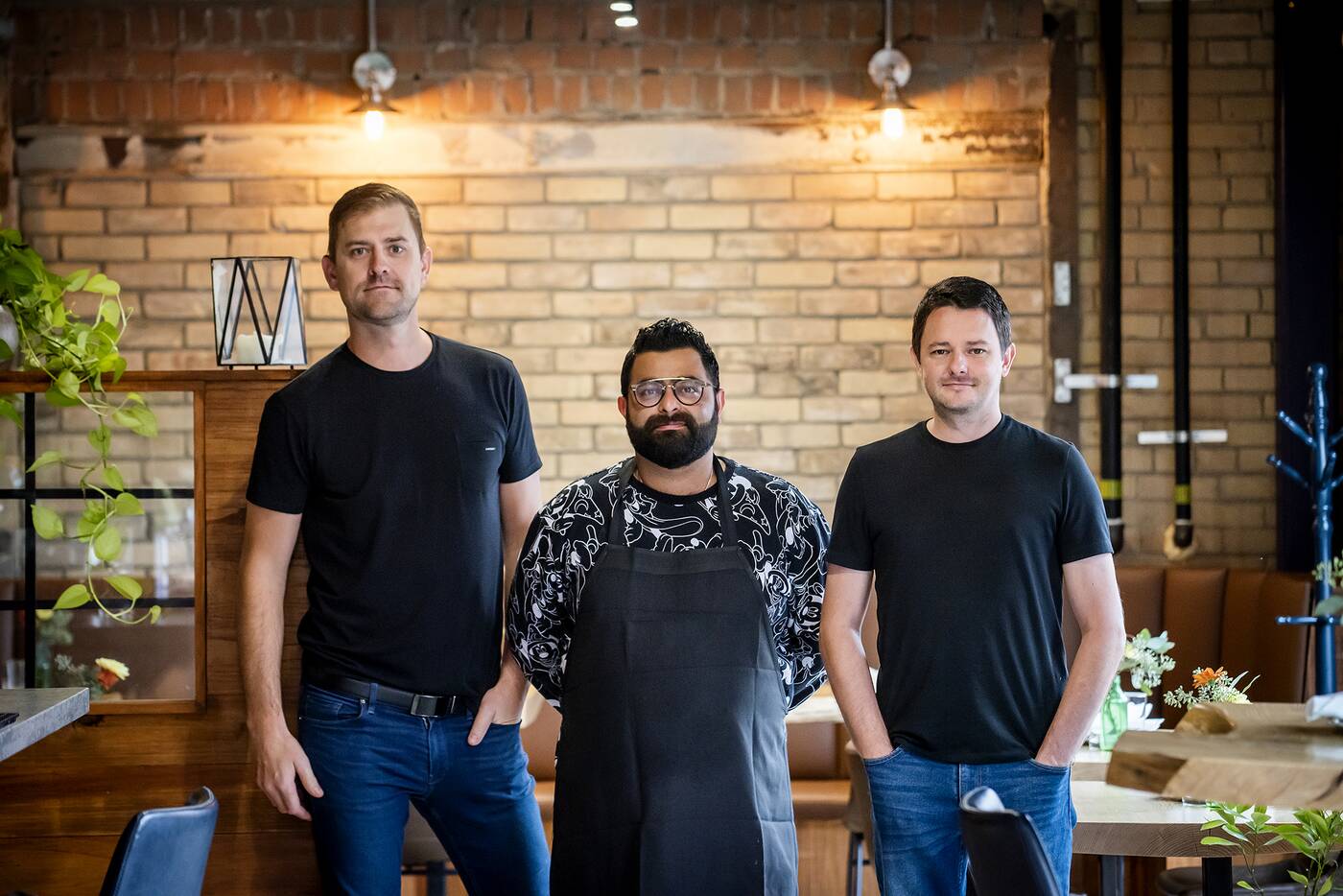 The owners are the same people behind the popular chicken restaurant Love Chix, Paul Marshall and Jimmy Shelton, who have worked together for 15 years. Both of them are originally from the Niagara region but met while working at Coast in Vancouver. 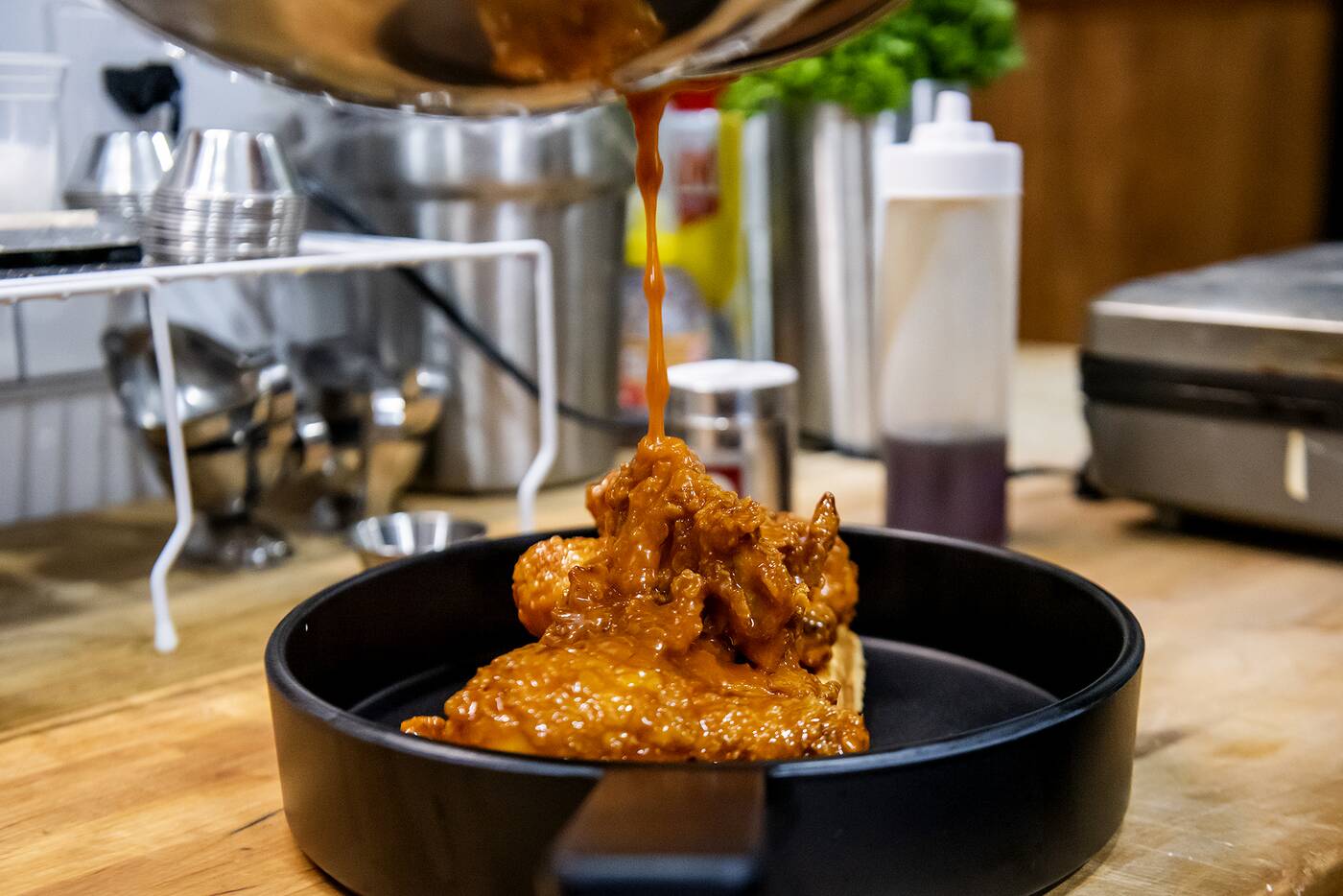 Chef Punit Sehgal has been at Love Chix since it opened in 2016 and helped Marshall dream up the menu, here. He's also cooked at Oberoi Hotel in Mumbai and a Michelin-starred restaurant in Italy. 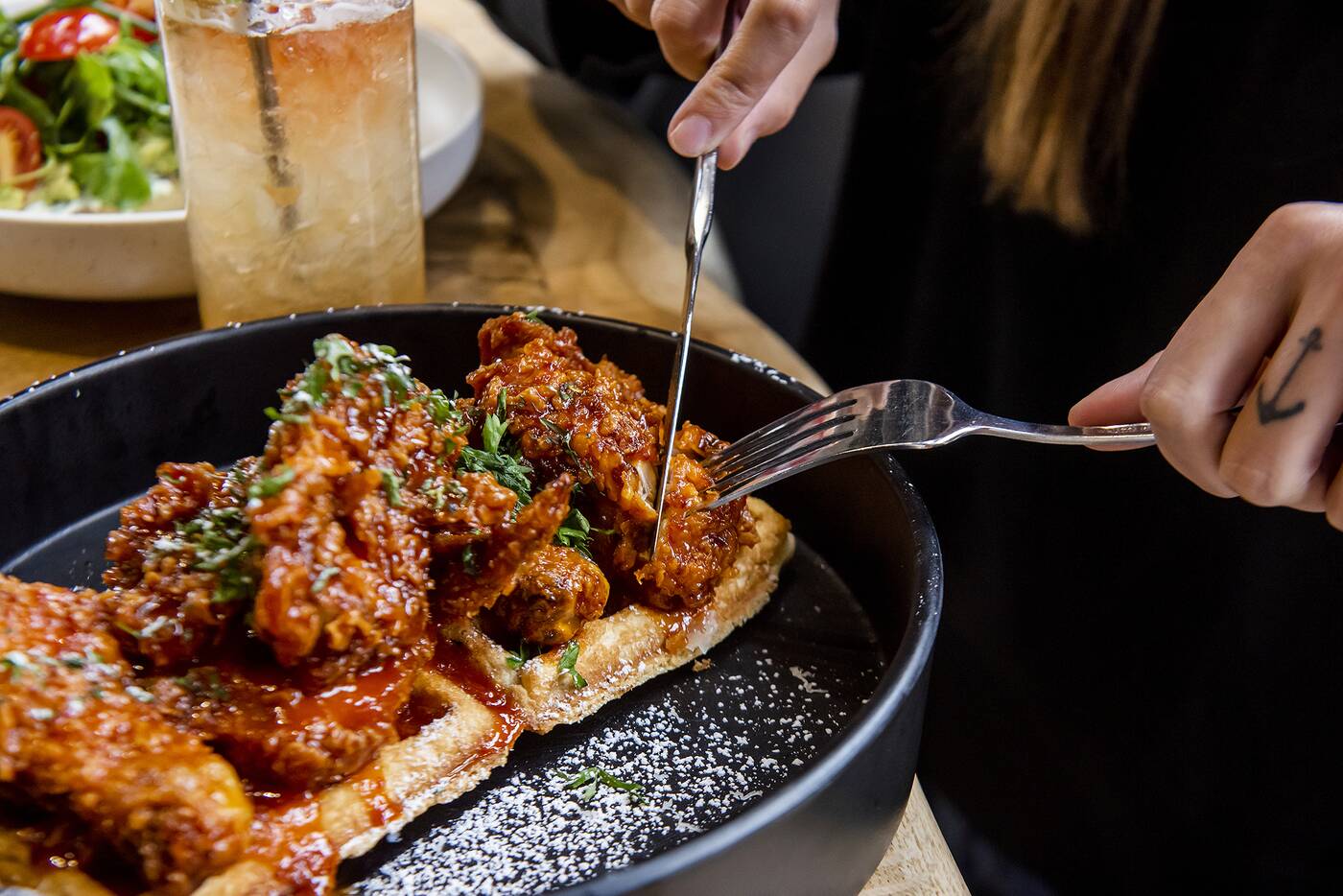 Included in the brunch offerings every Saturday and Sunday are waffles underneath four pieces of fried chicken in honey hot sauce ($22), a fan fav from Love Chix. 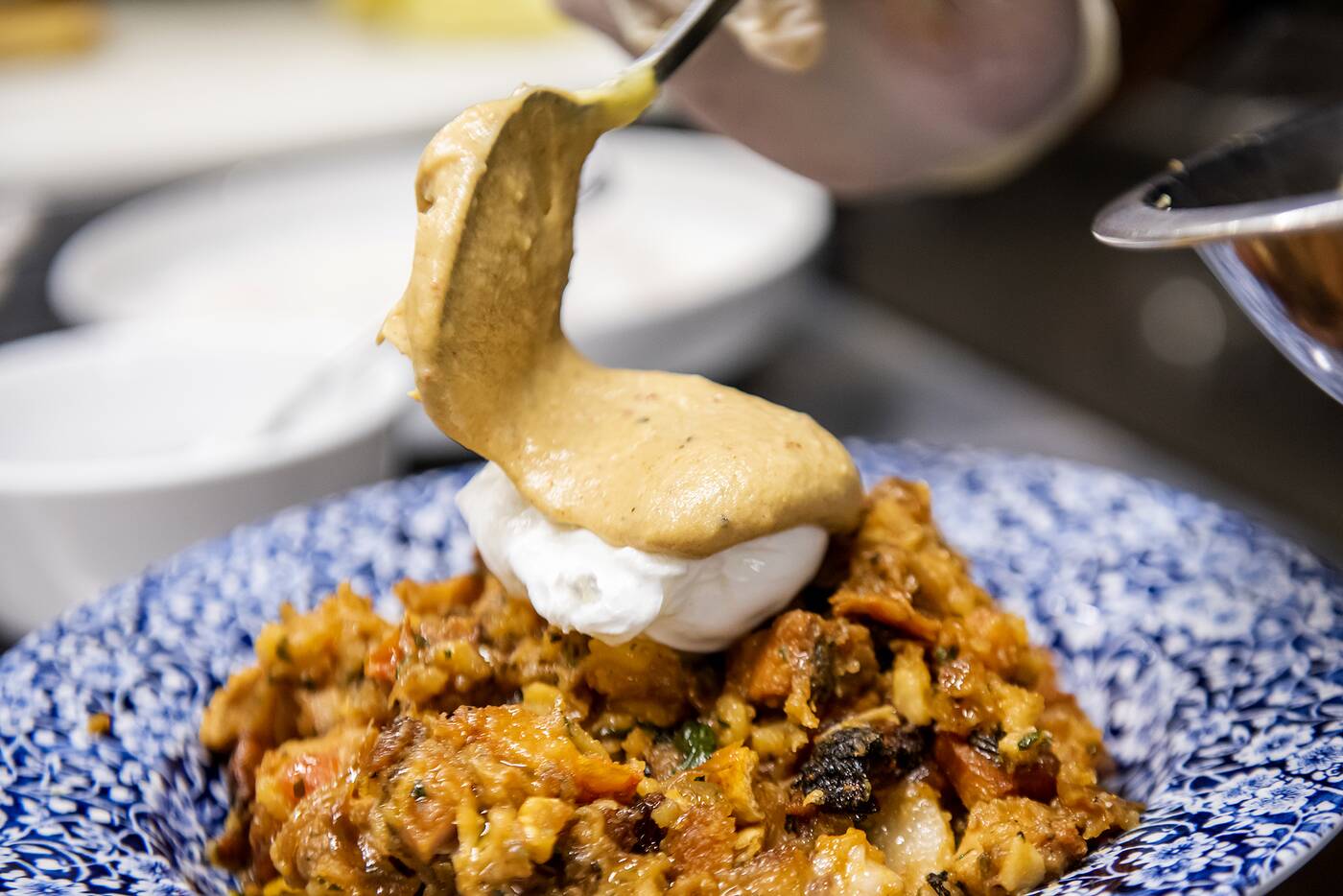 Another brunch draw is the porchetta hash ($17). The pork belly is stuffed with fresh herbs and roasted in-house for three hours before pairing up with hashbrowns. A spicy hollandaise made from about 10 different chilies goes on top of the poached egg. 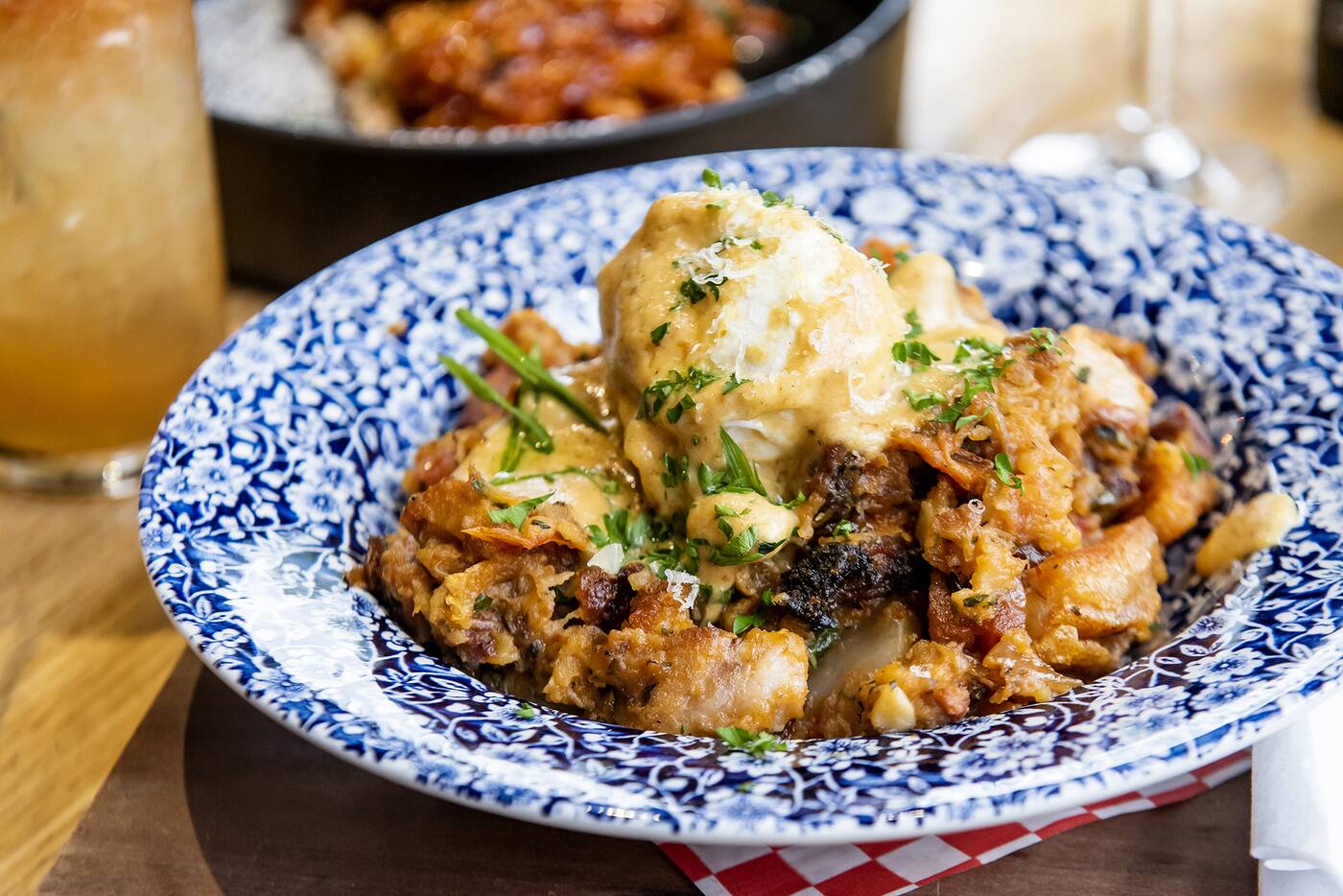 You'll need a hearty appetite in order to polish off this morning meal that's definitely heavier than most. 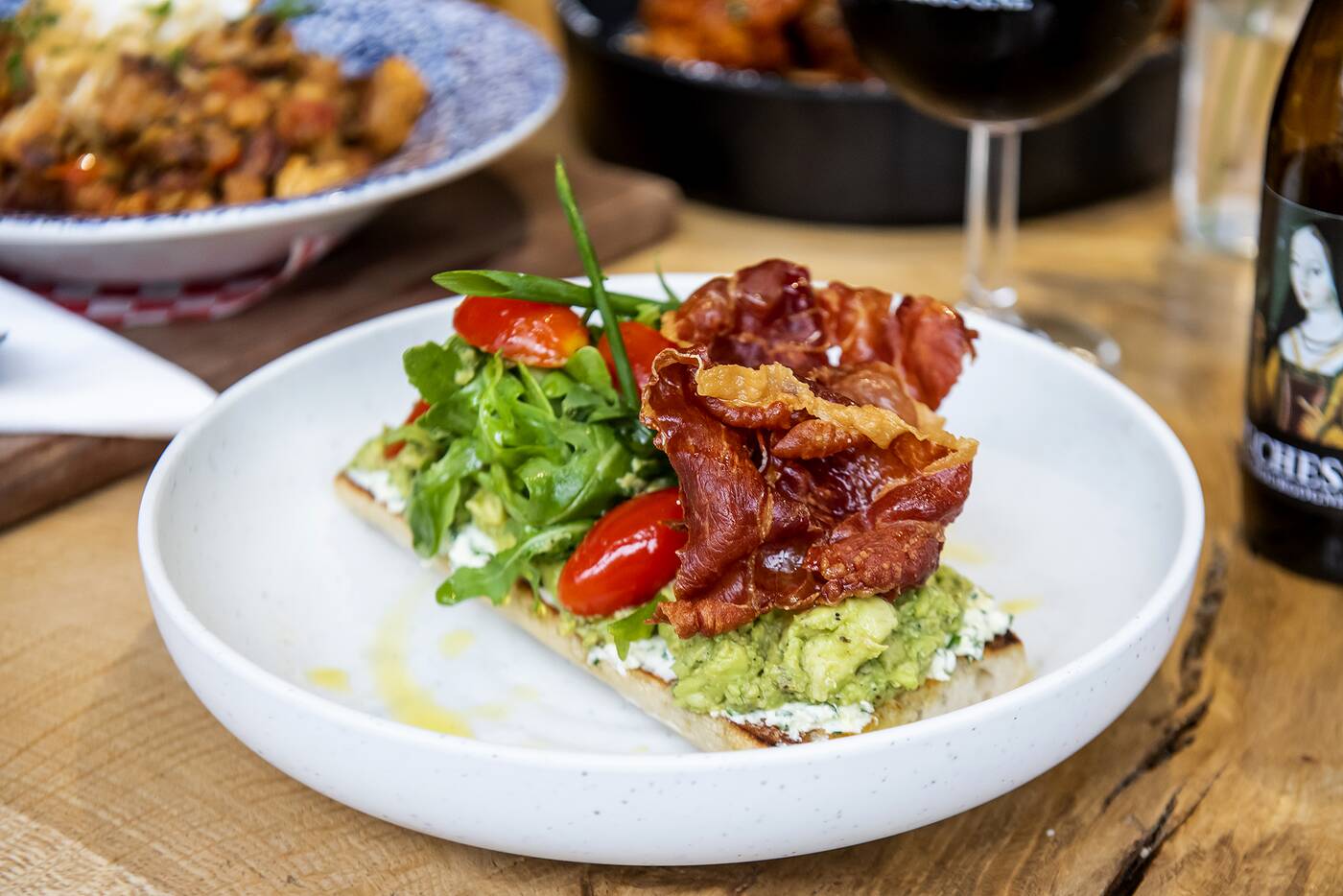 Avocado and prosciutto on a slice of sourdough ($16) is a lighter option. Whipped goat's cheese and apricot vinaigrette set it apart from your regular avocado toast. 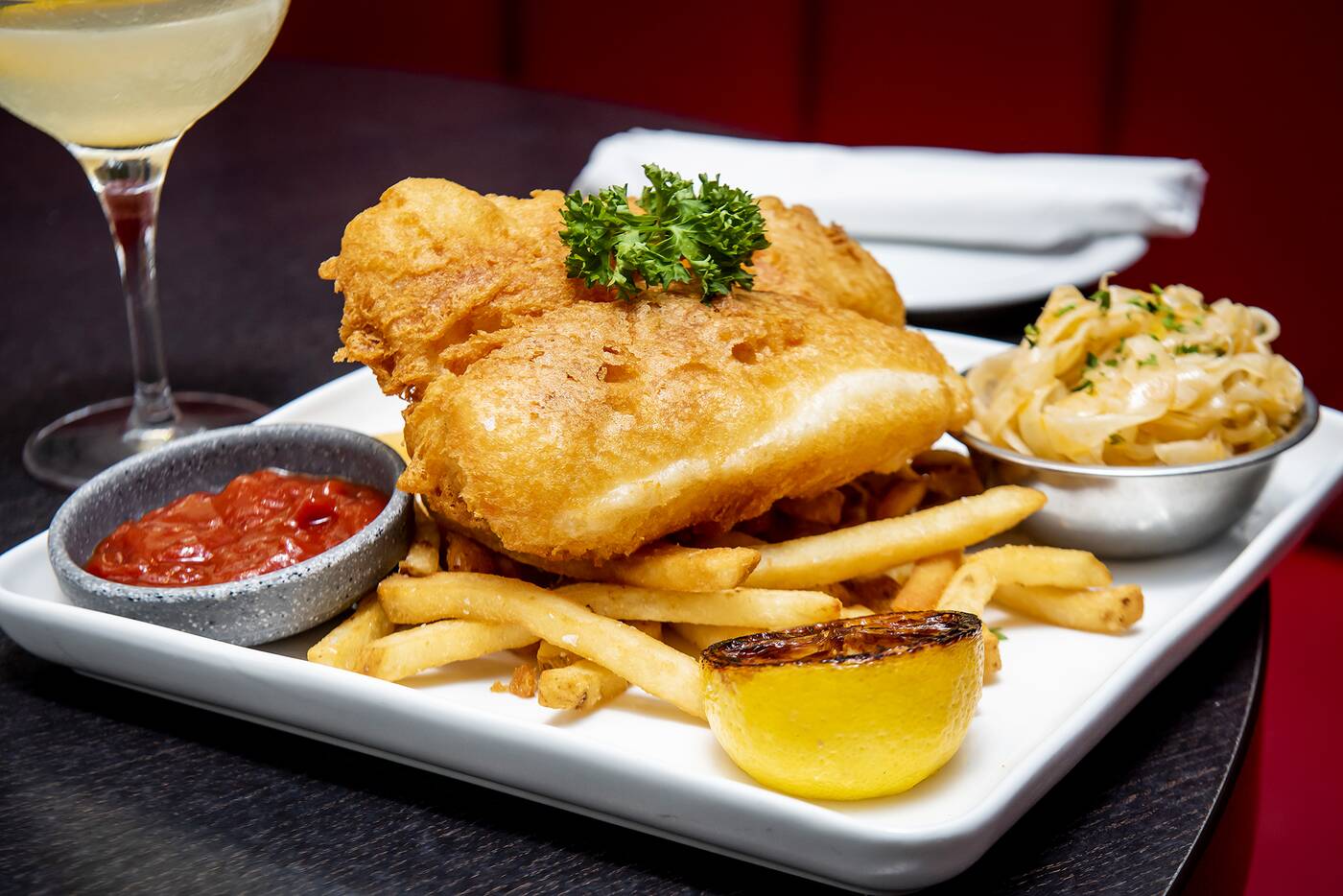 When it comes to dinner, the fish and chips ($21) come with cod from Osler in a crispy Maverick IPA batter. The best-seller gets house tartar and a spicy fennel slaw made with chillies, pickled peppers and lemon. Just the thing to cut through the fattiness of the fish. 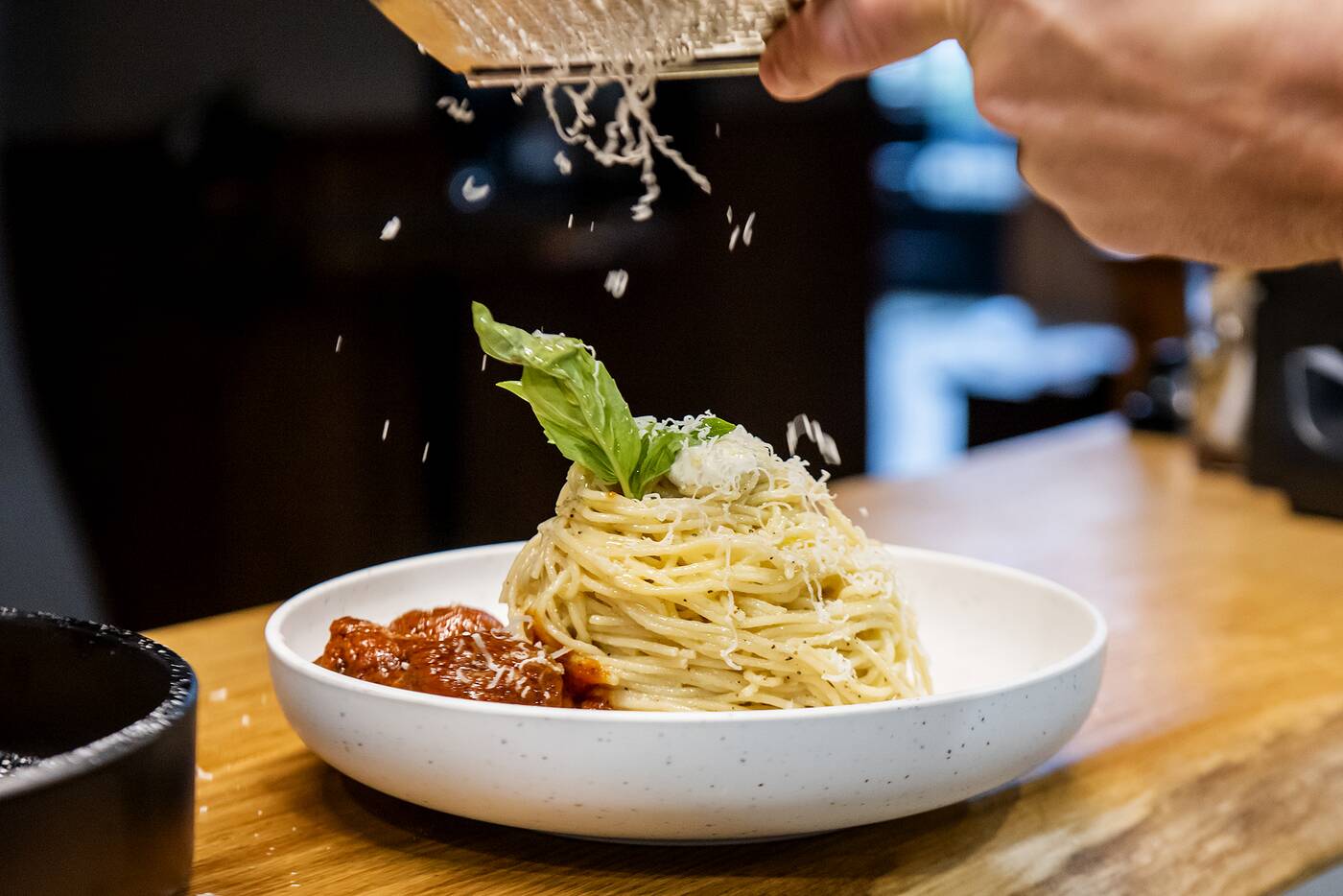 Spaghetti and sugo braised meatballs ($23), which are formed and stewed for a couple of hours before going beside the noodles, are yet another one of the classic options available. 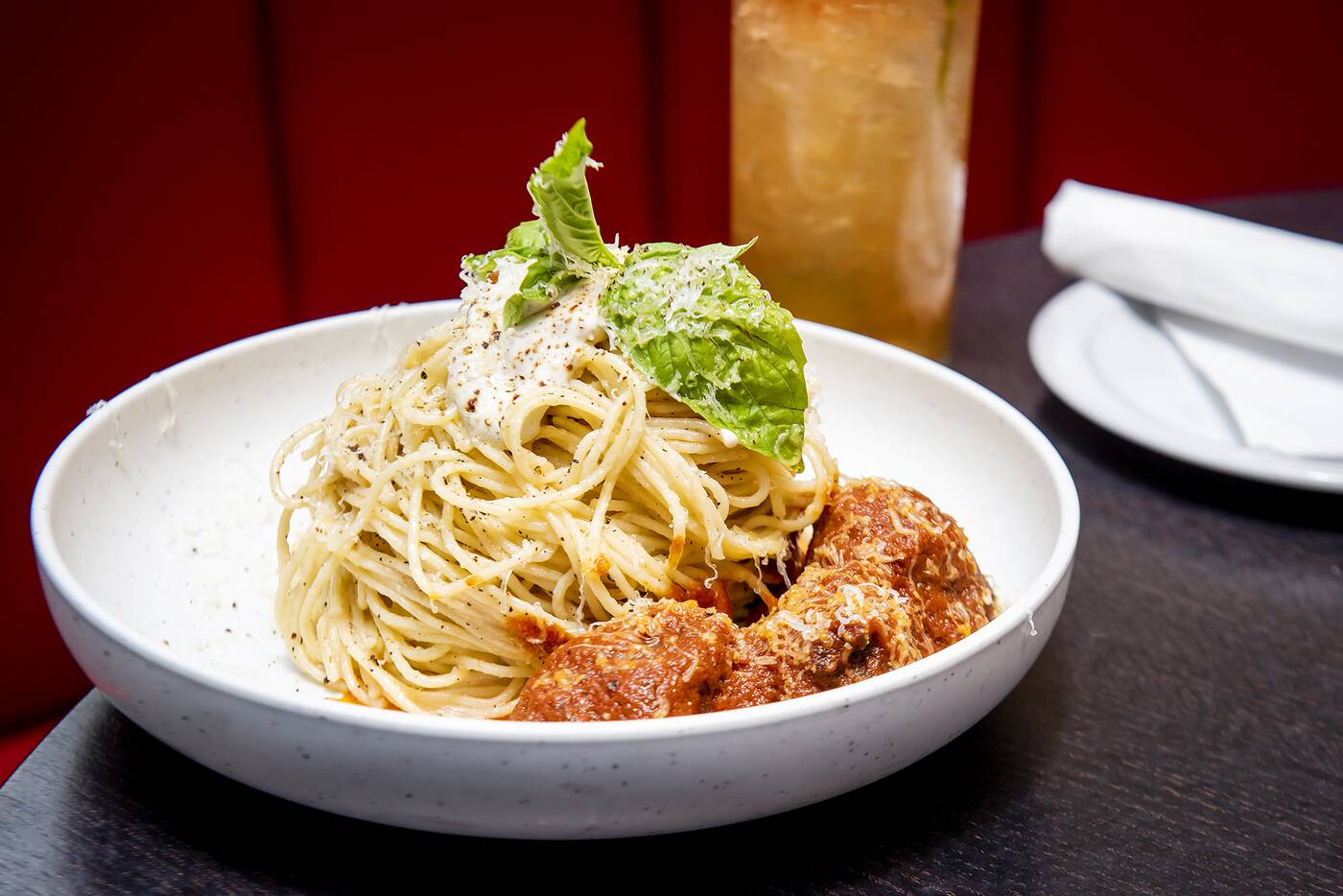 The generous portion of spaghetti noodles come bare, save for some truffle cream and the tomato sauce over the meatballs. 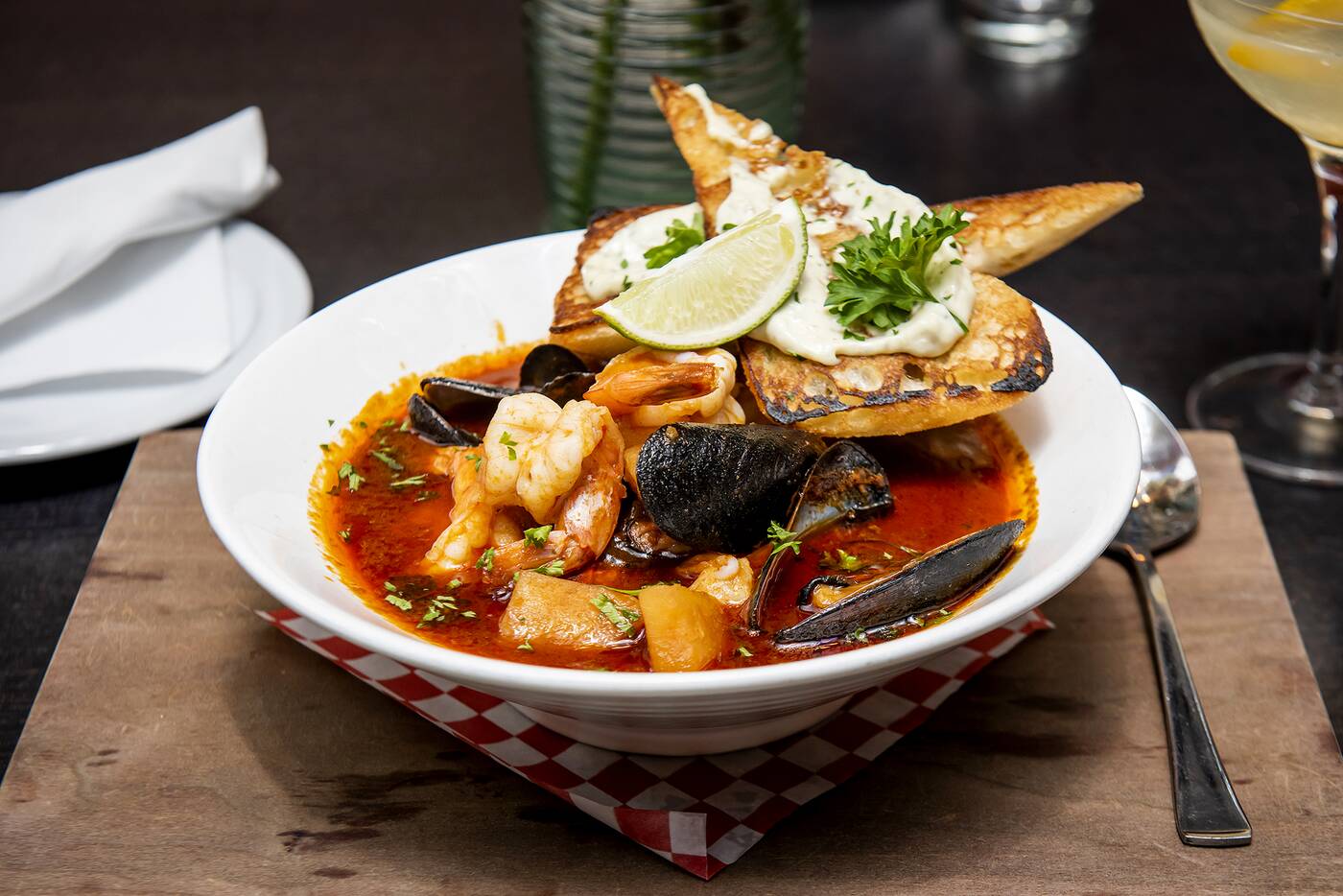 Mussels and shrimp (also from Osler Fish Market) are included in the seafood stew ($28). The tomato fennel broth it comes in offers a strong taste of garlic. 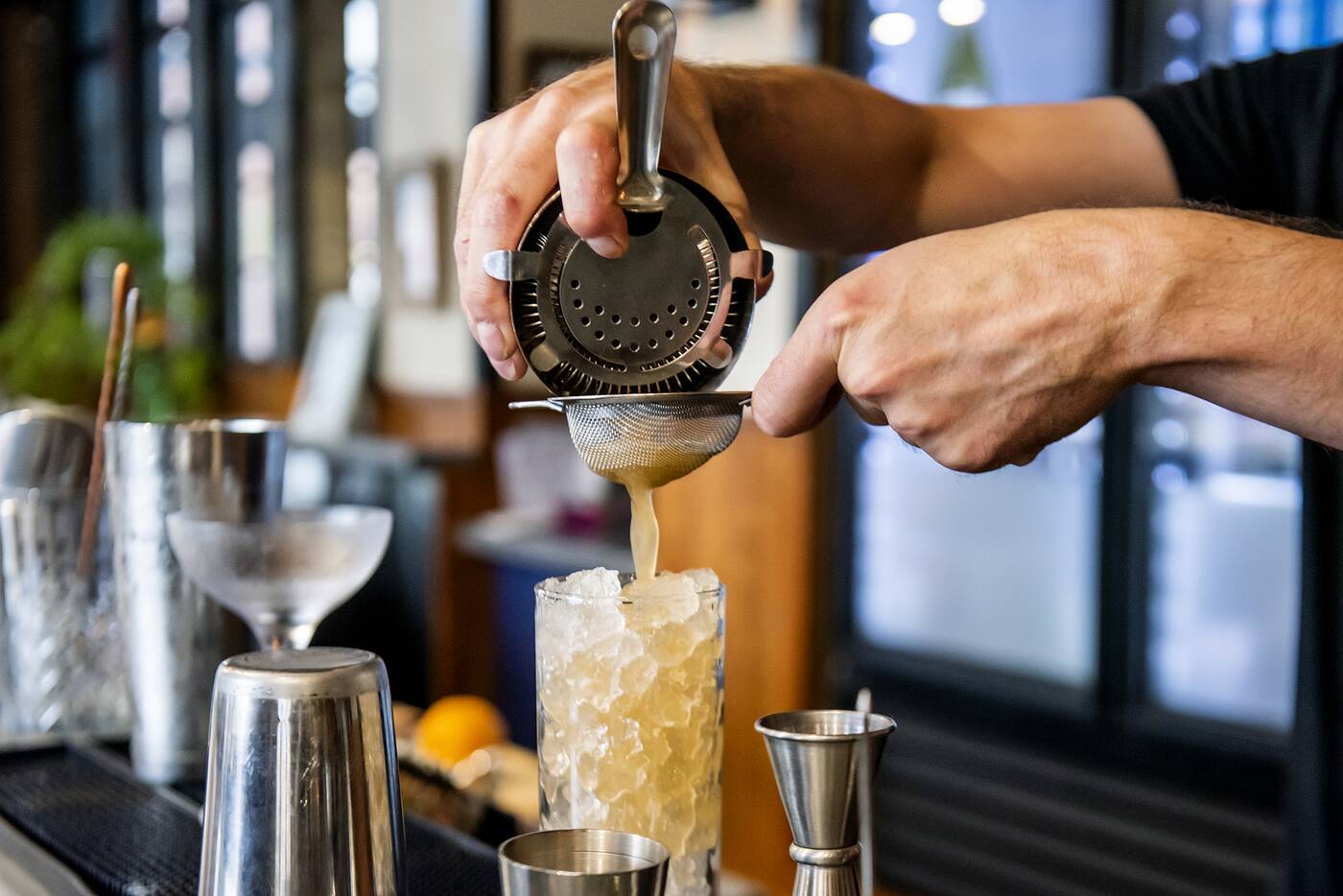 Along with the wines and beer on offer is a selection of cocktails. One of which is made with Rye Whiskey and comes with ginger and tamarind over a tall glass of ice ($14). 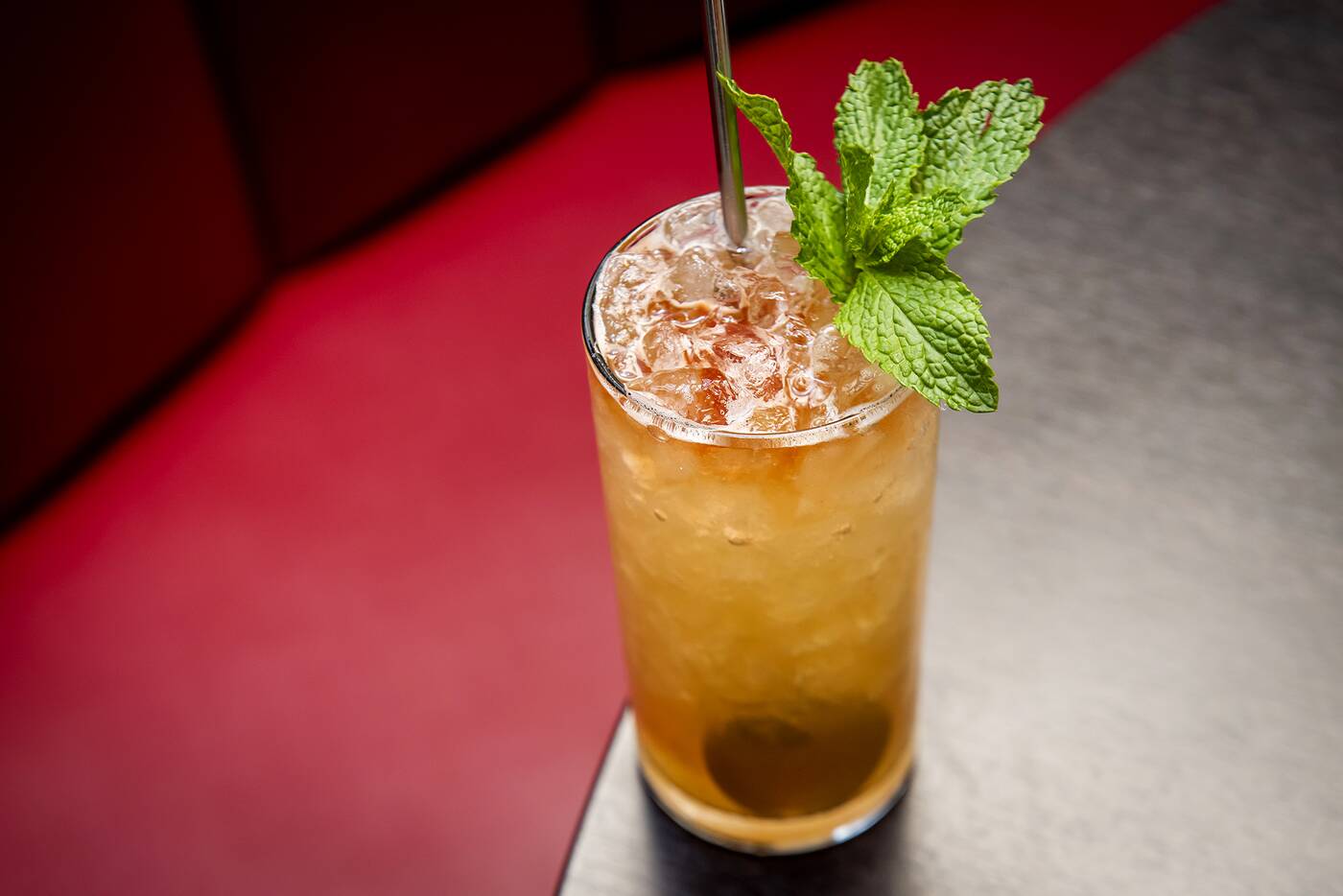 Topped with a bit of West Avenue Cider and fresh mint, it's a refreshing add-on to a meal or standalone beverage, depending on what you're coming in for. 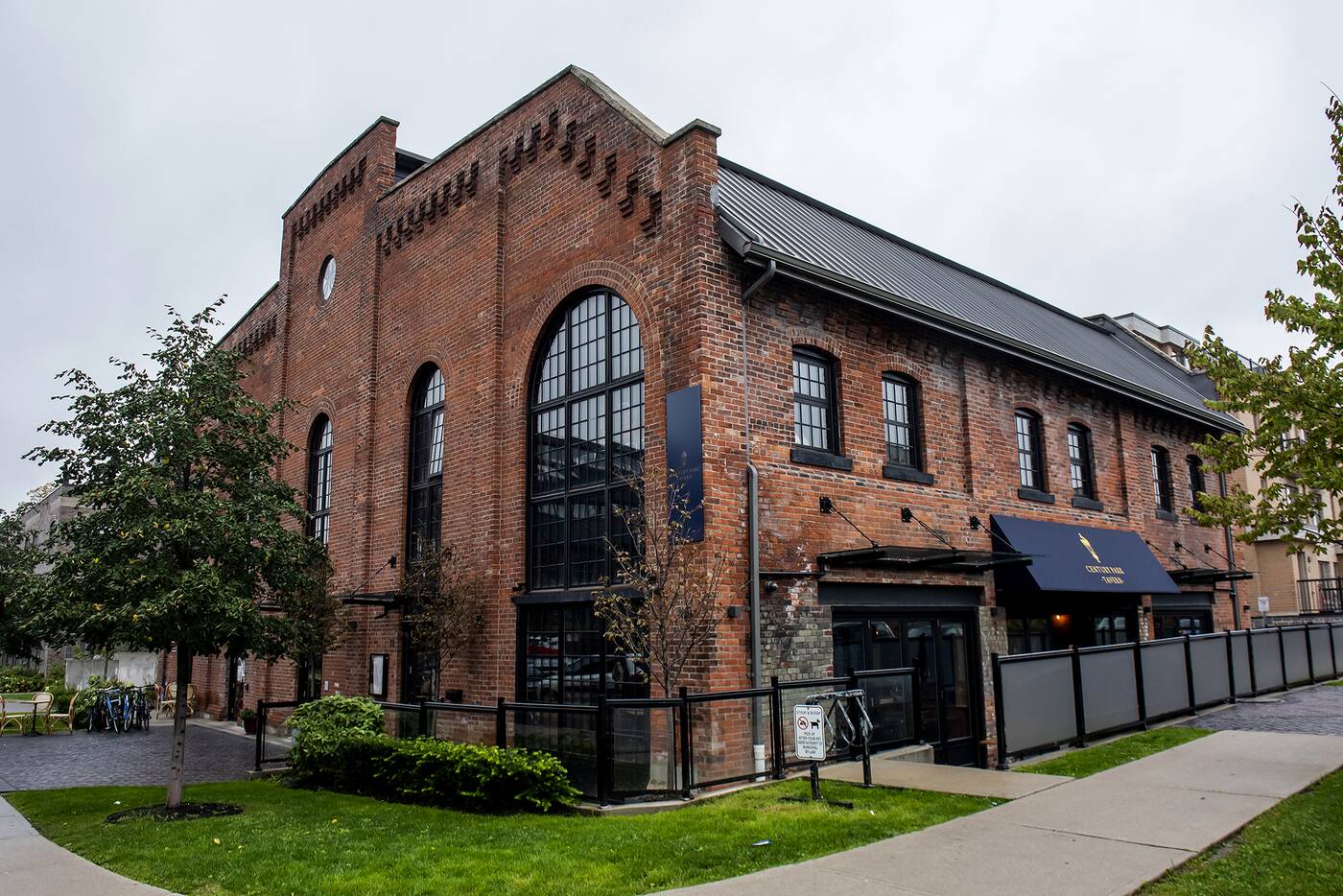