Blondies Pizza is a pizza chain from Food Dudes, the same people behind Omaw.

It’s sort of named for chef Matt Blondin, but their scratch-made pies are also divided into red and blonde rather than red and white categories. 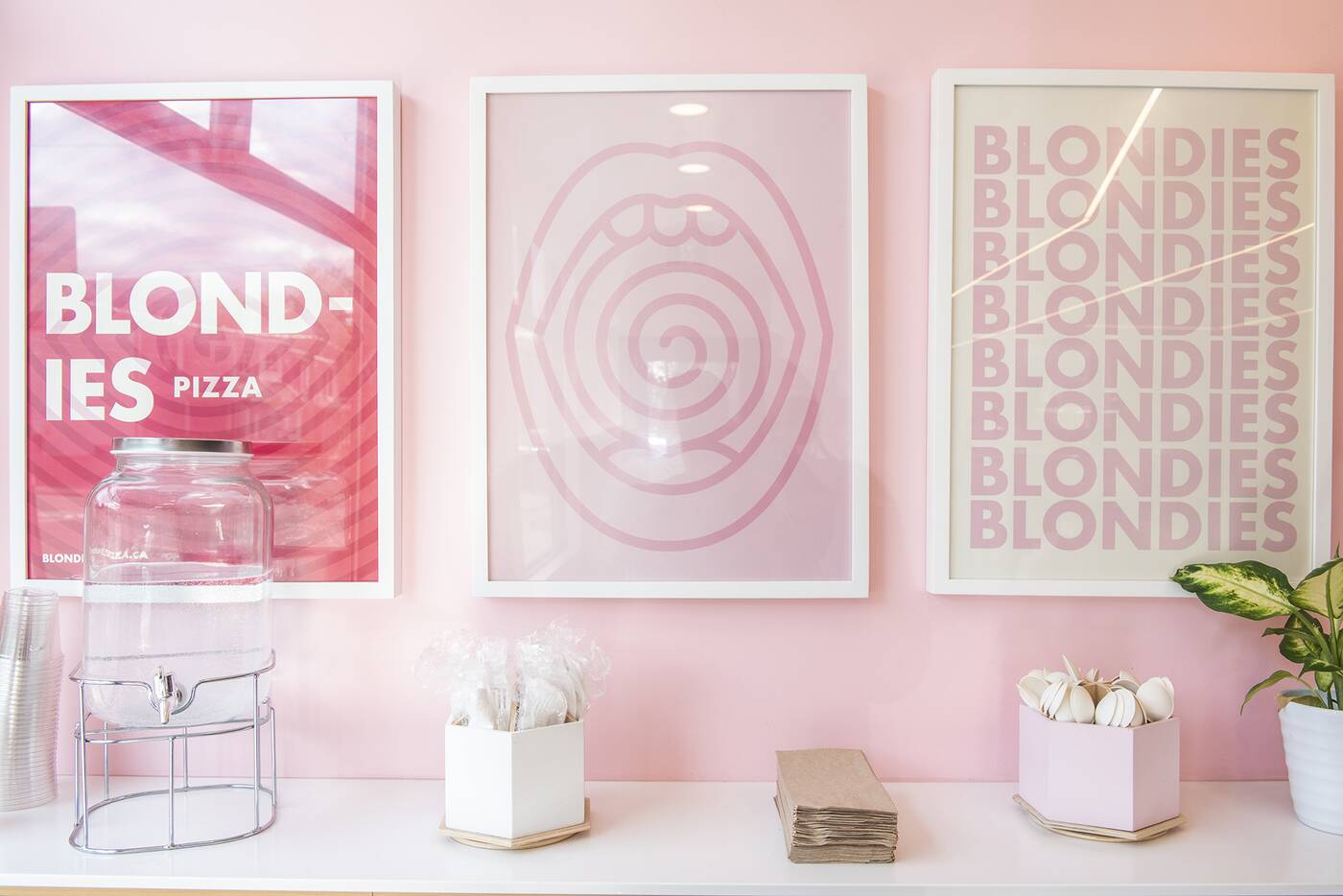 The place is instantly recognizable from its baby pink exterior and trippy neon sign. 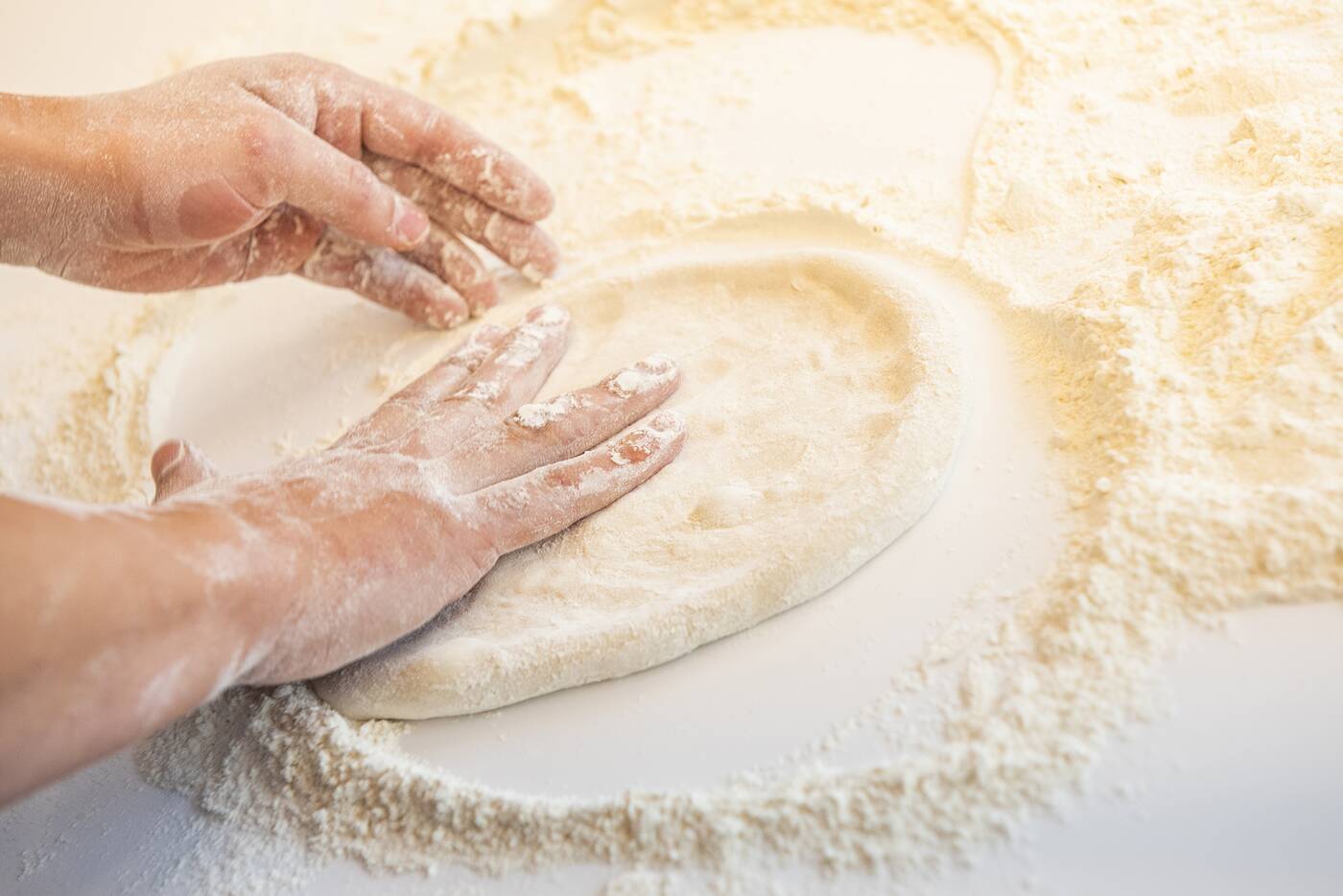 Looking beyond the traditional, local high protein all-purpose Arva flour is used for the hand-stretched dough. Apparently it helps to retain a lot of hydration for a chewy, foldable crust. 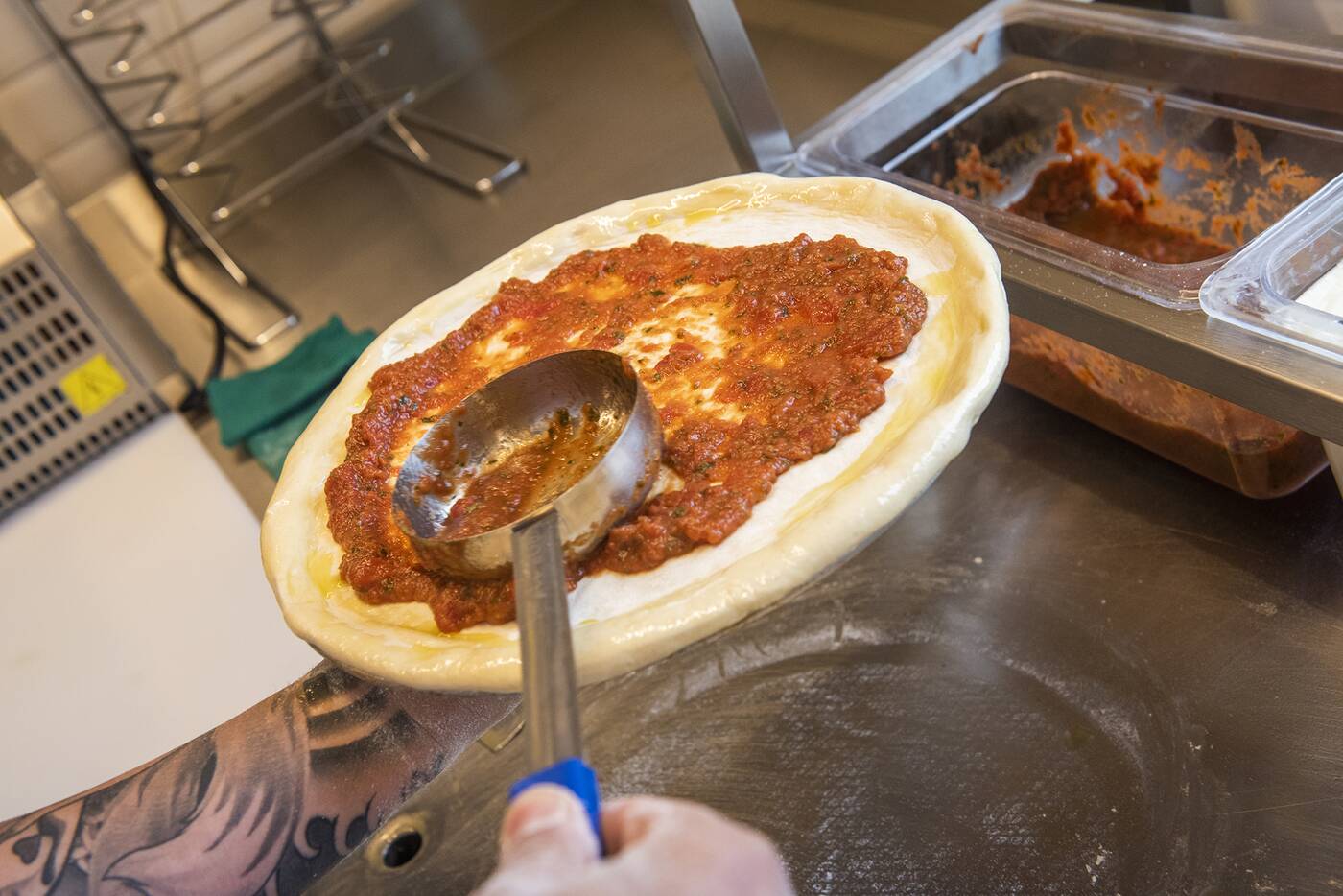 Bianca di Napoli tomatoes from California are used for the raw red sauce, uncooked before it goes on the pizza for a cleaner taste from the naturally sweet high quality tomatoes. 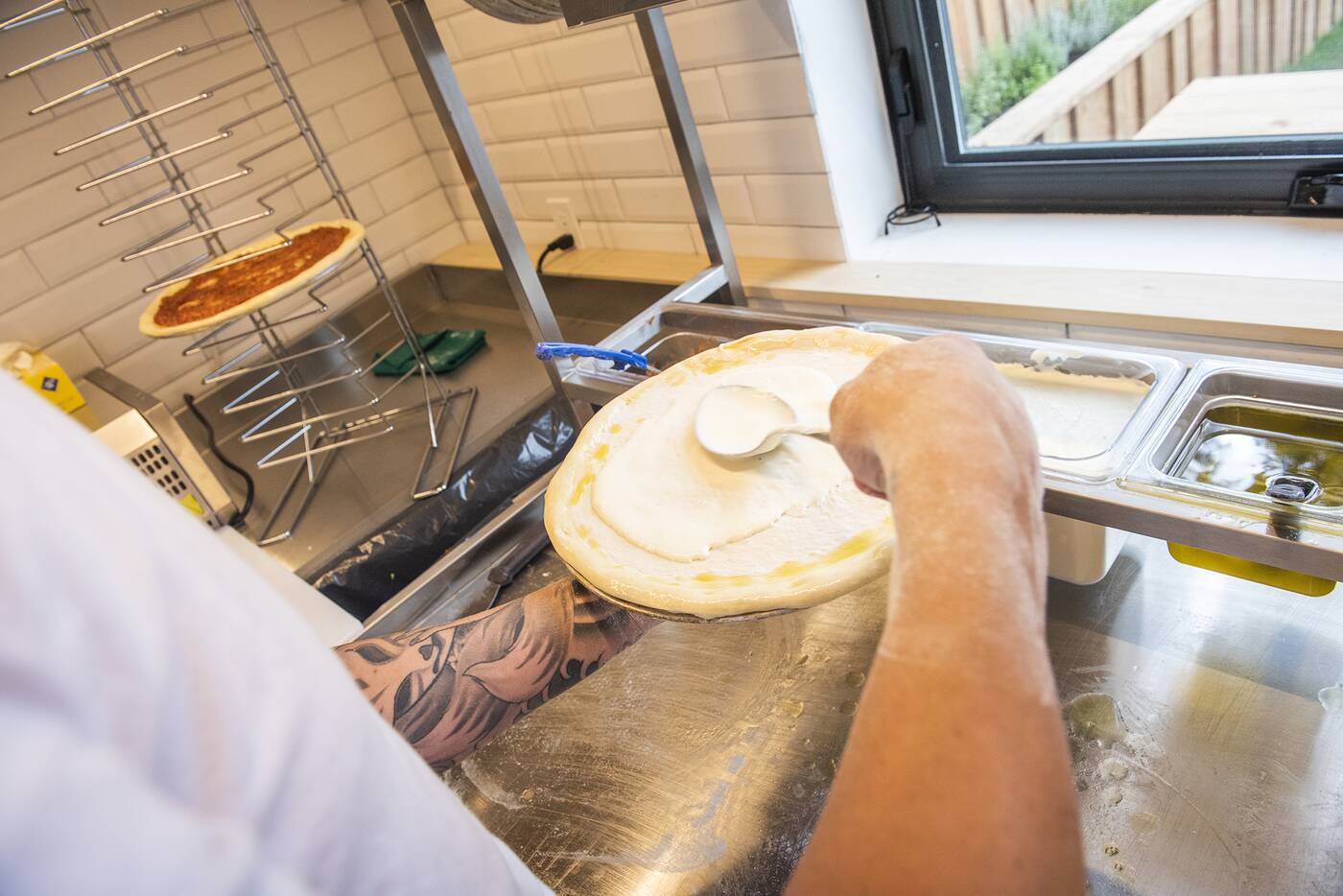 The white sauce is basically an alfredo blended with ricotta, also made from scratch on site. 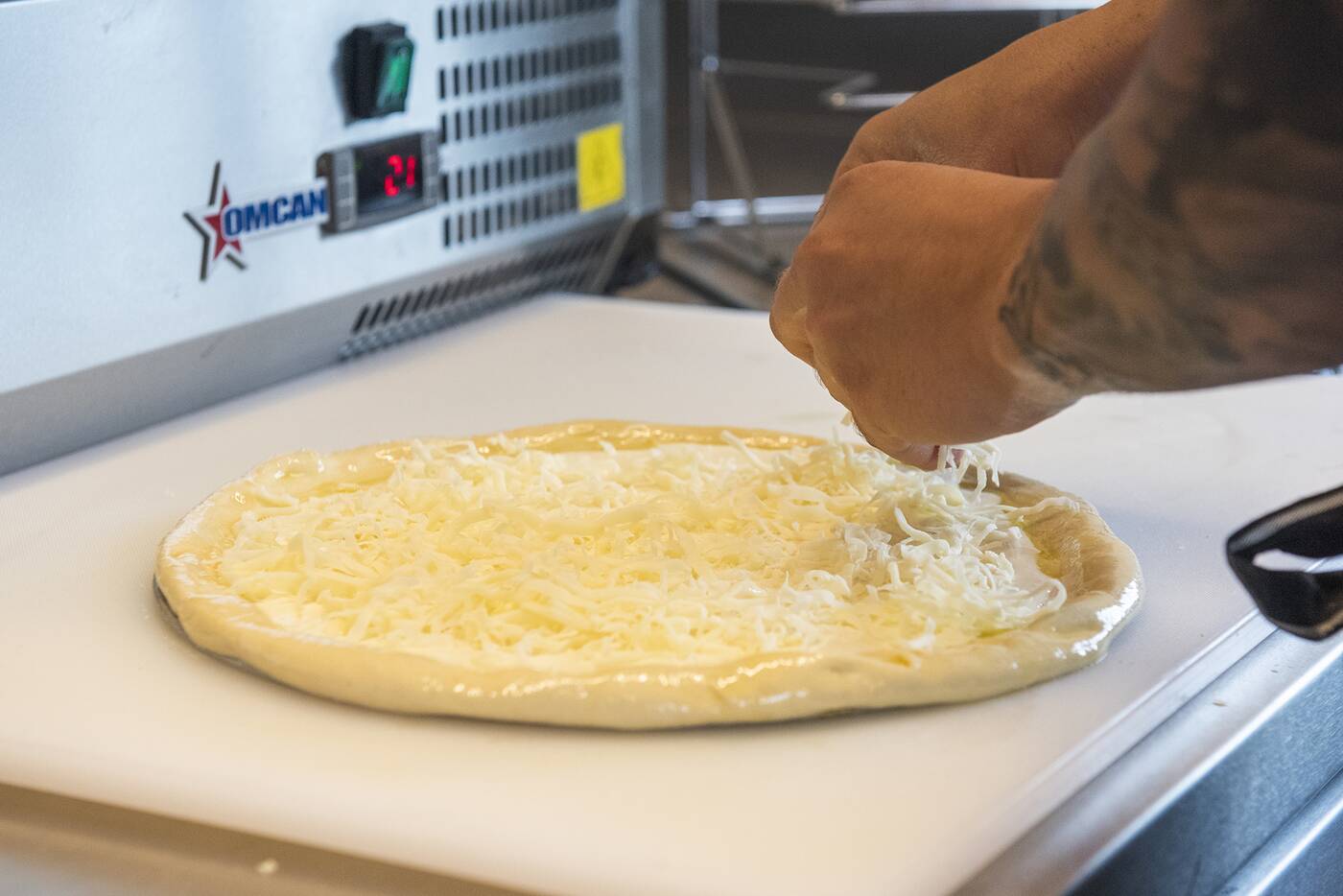 From there, all pizzas get topped with shredded Bella Full Fat Mozzarella, the blondes with olive oil as well. 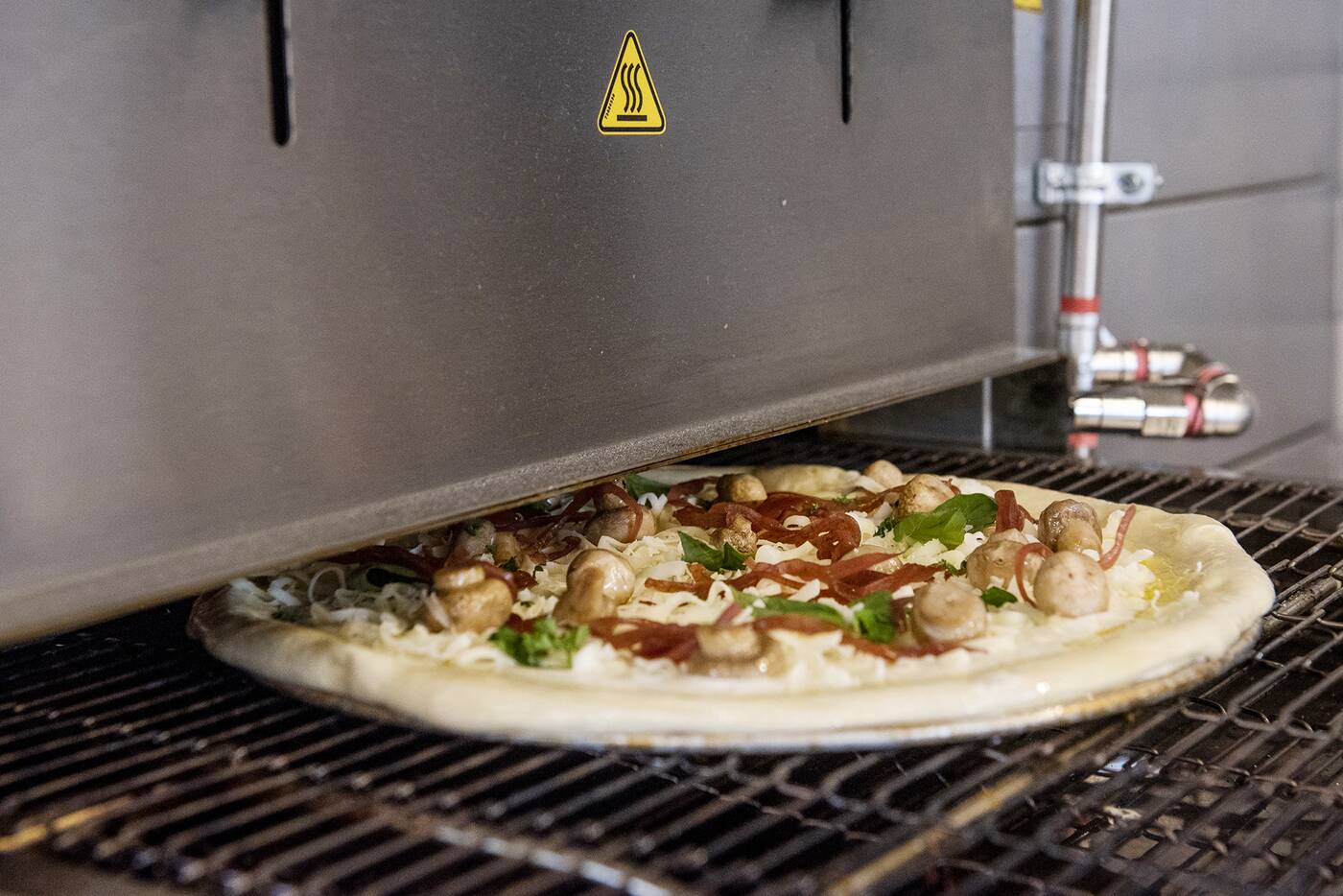 All pizzas are cooked, again non-traditionally, in a Moretti Forni conveyor oven that cooks pies in four and a half minutes, meant to minimize human error so the concept is scalable and transplantable. Pizzas take about fifteen minutes to make to order from start to finish. 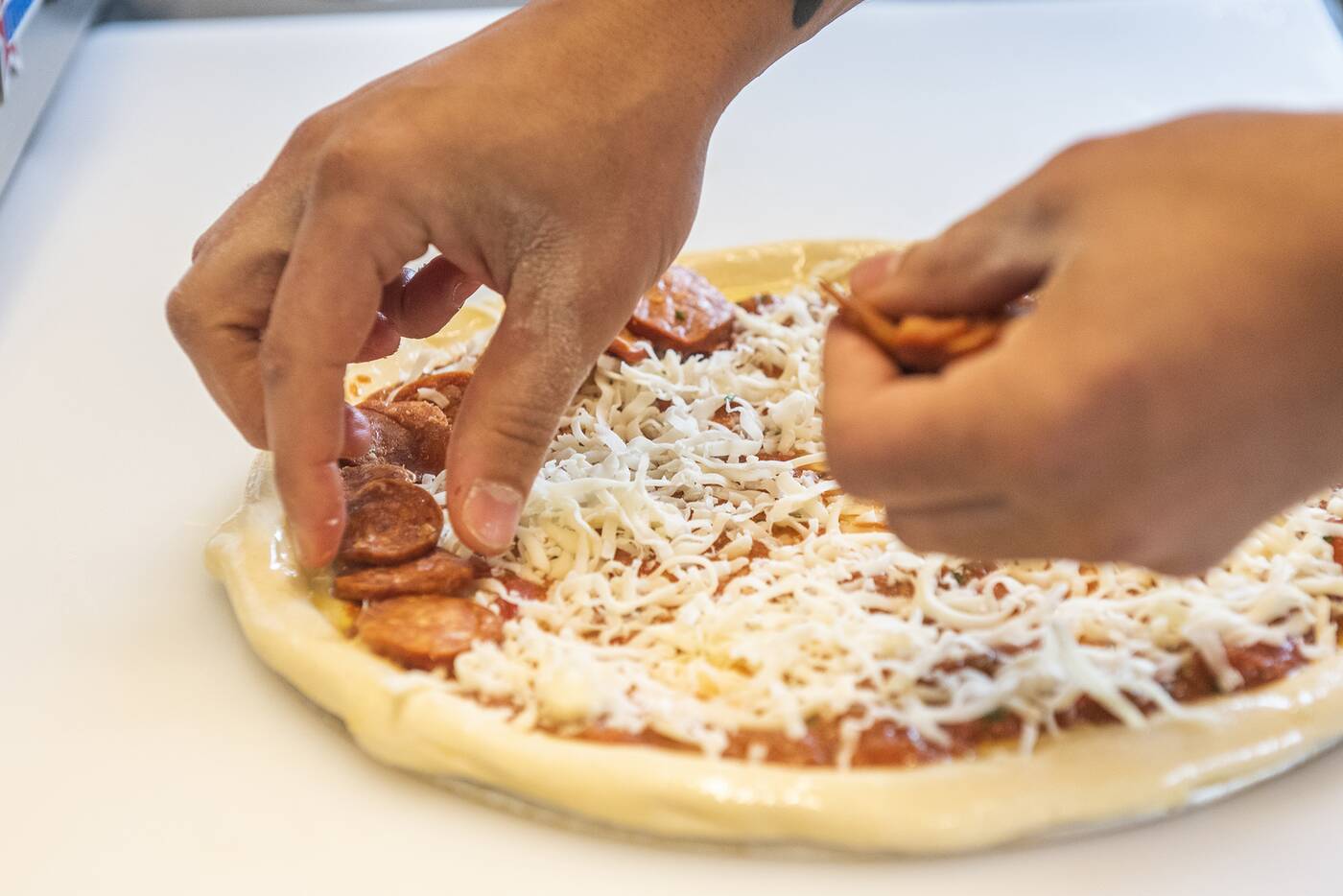 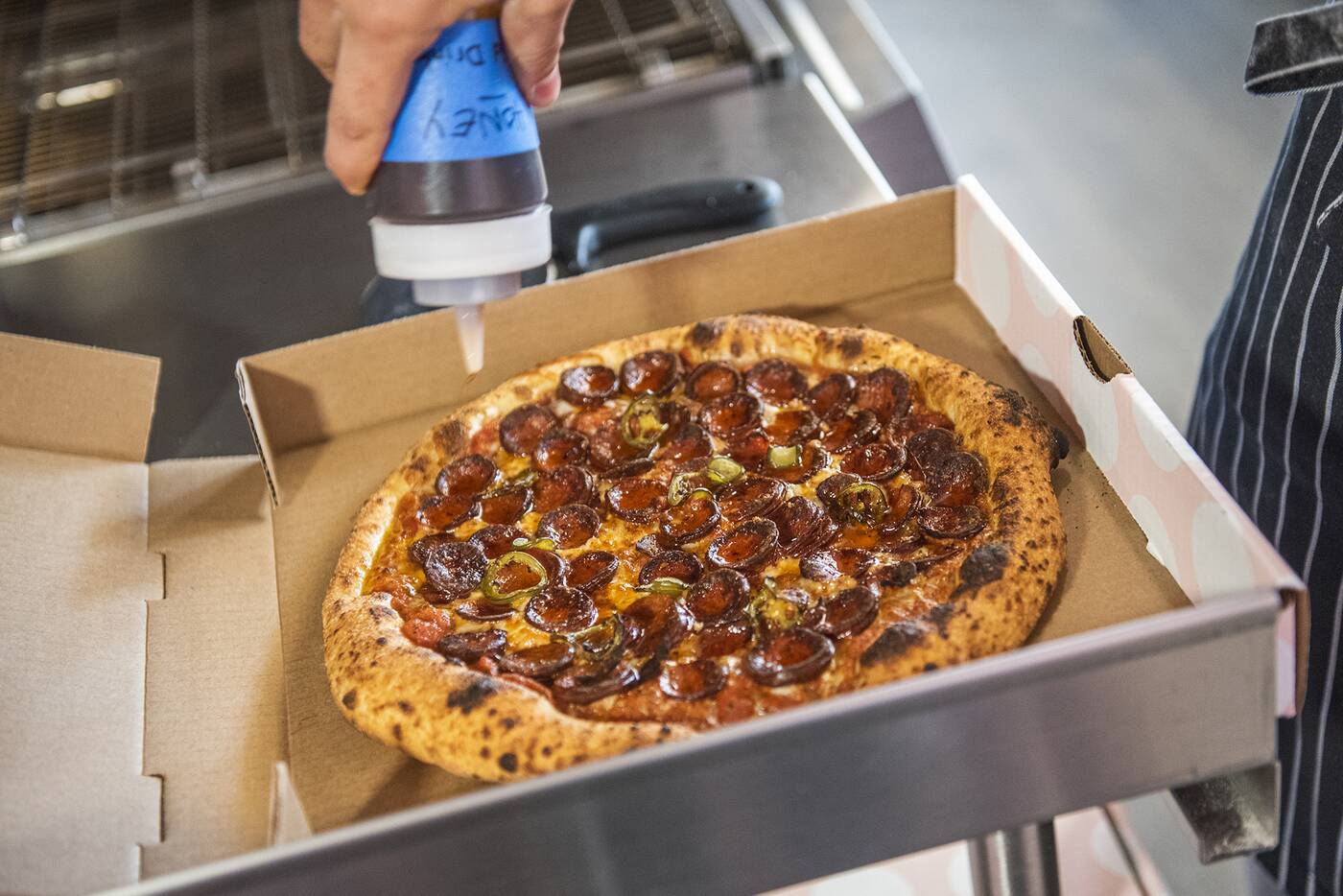 Widely considered to be some of the highest quality pepperoni available, it’s used by some of the biggest names in the pizza game including Toronto’s own Maker. 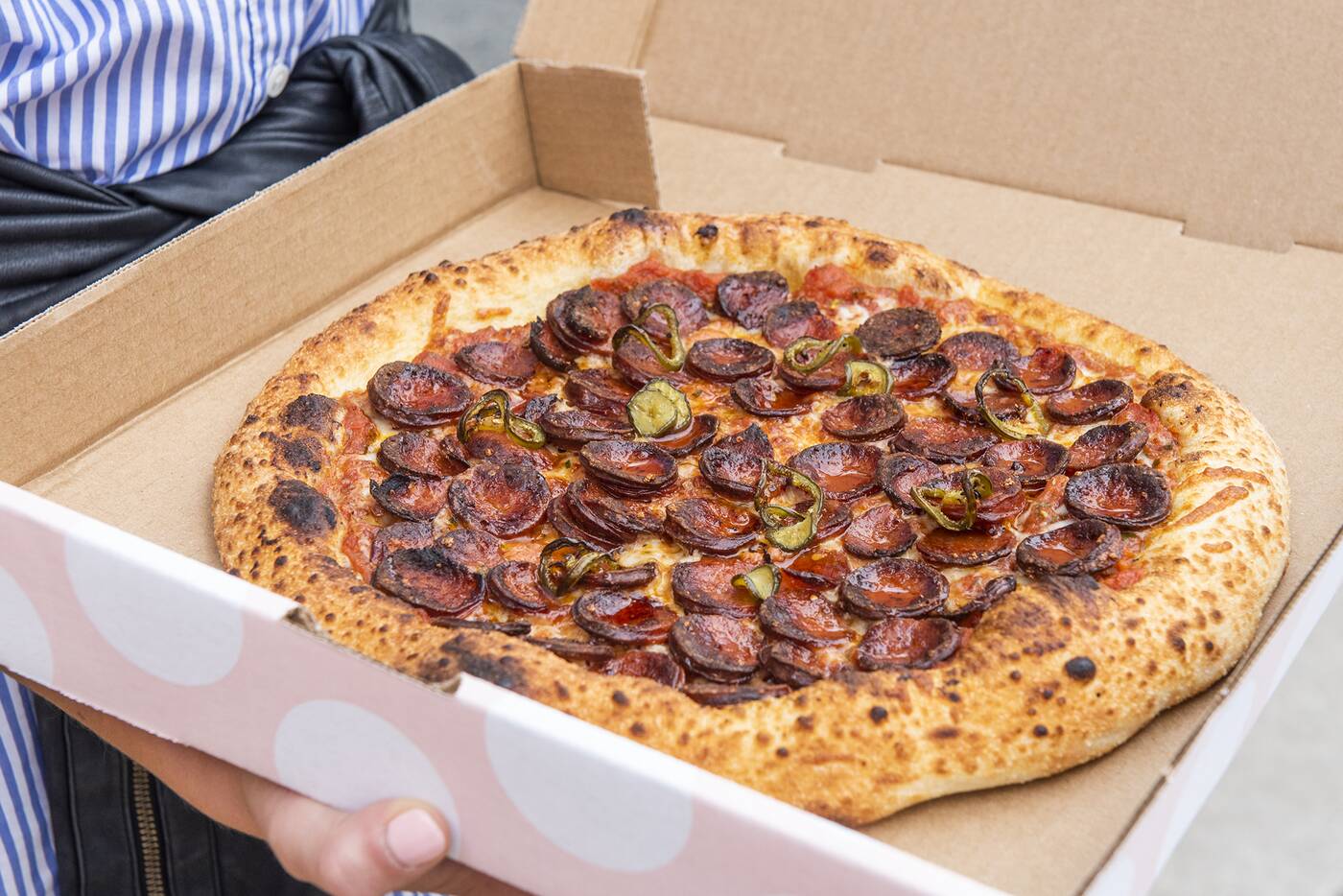 Cold Drink also gets pickled jalapeno that packs a punch whenever you get one, along with more subtle honey and oregano. 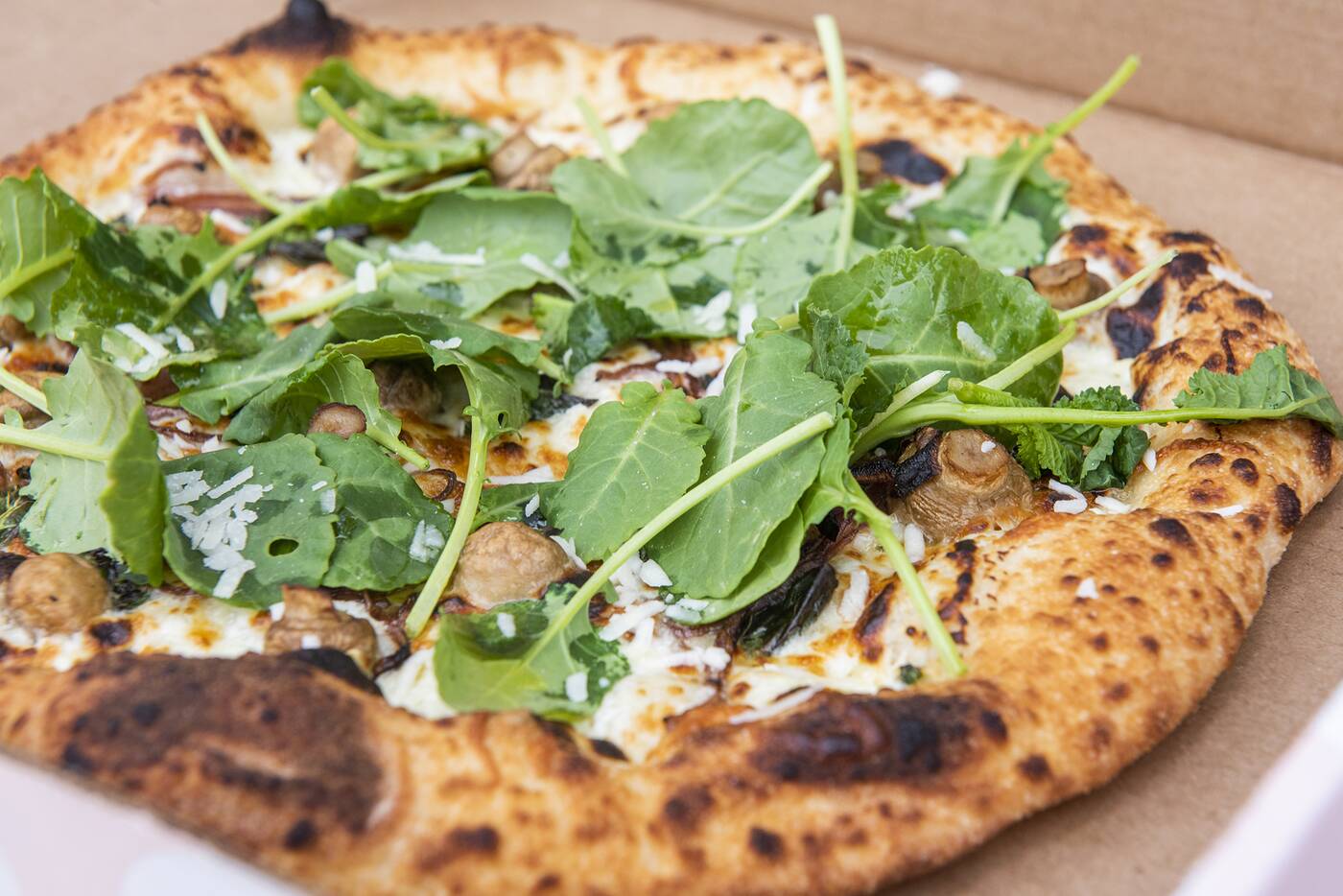 Scarlet Sunrise ($17) is a blonde pizza, the sauce nicely creamy, topped with melty caramelized onions, mushrooms, herbs, and a heavenly touch of truffle butter for a soft and chewy fragrant pie. 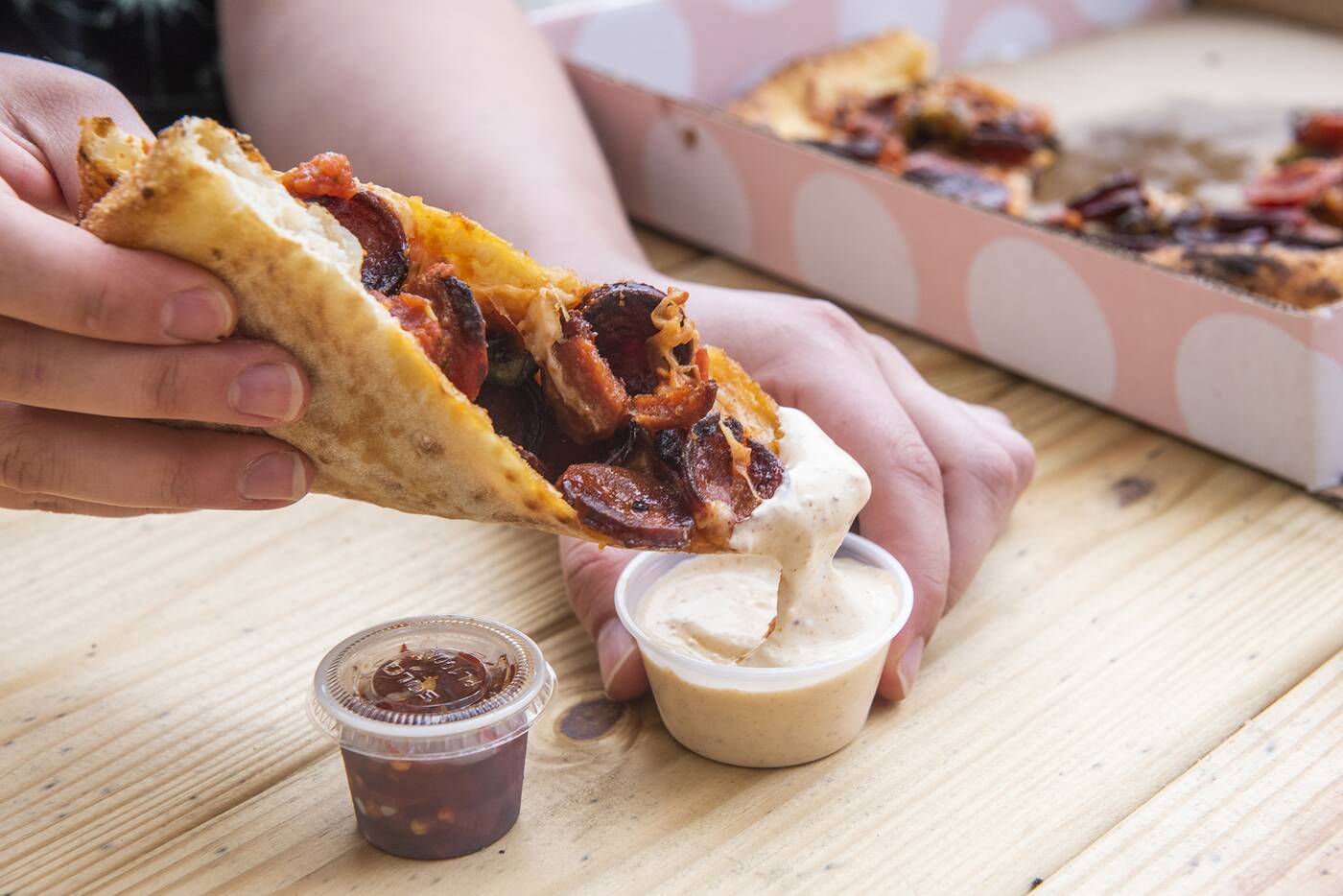 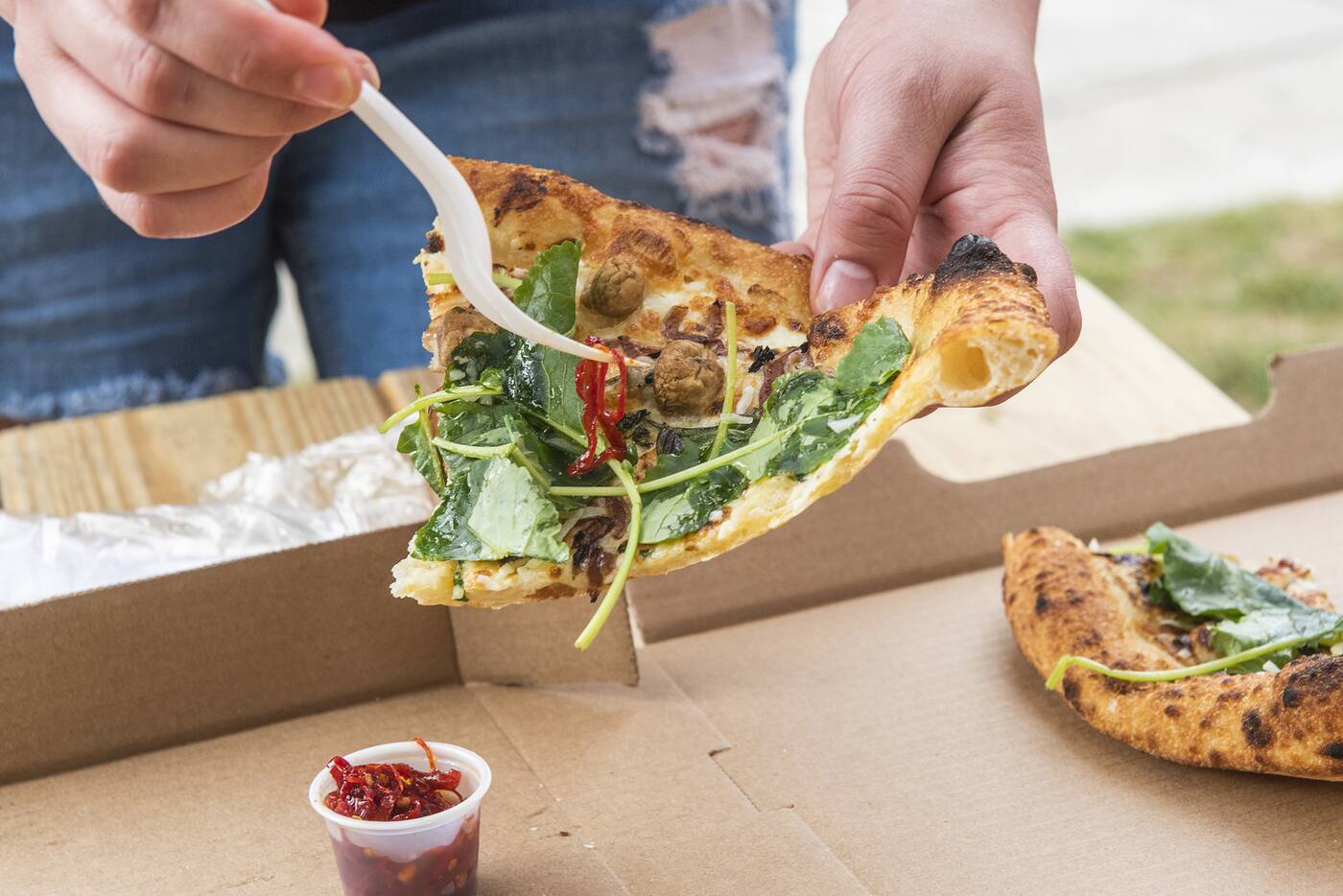 You can also opt for pickled chilis as a slightly higher-end alternative to typical dried flakes. 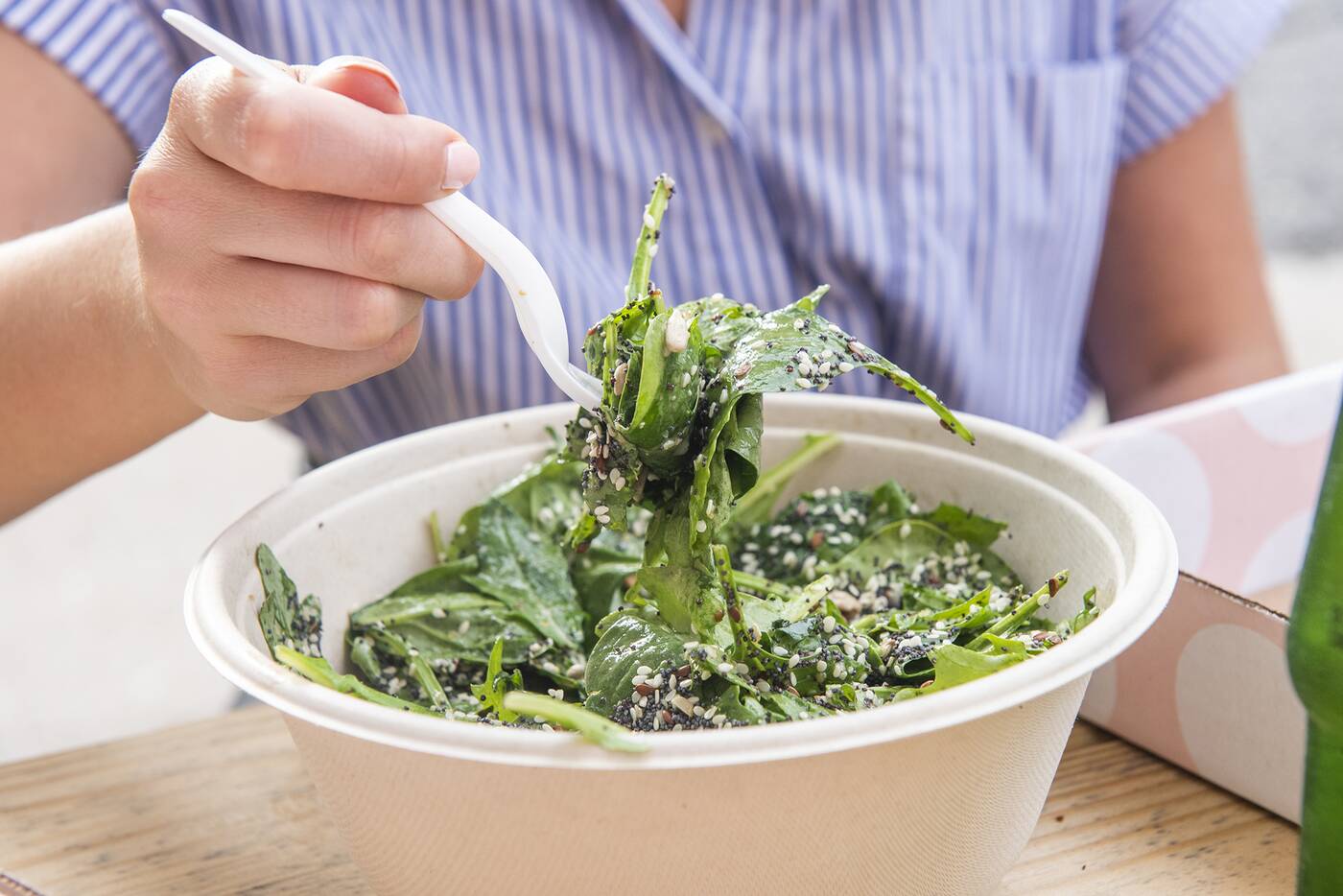 Vegan salads ($9) are also good sidekicks for the pizzas, meant to balance them out with freshness. Savage Greens is a base of hydroponic mizuna and spinach topped with a seed mix and a light pepperoncini vinaigrette, very earthy and healthy-feeling. 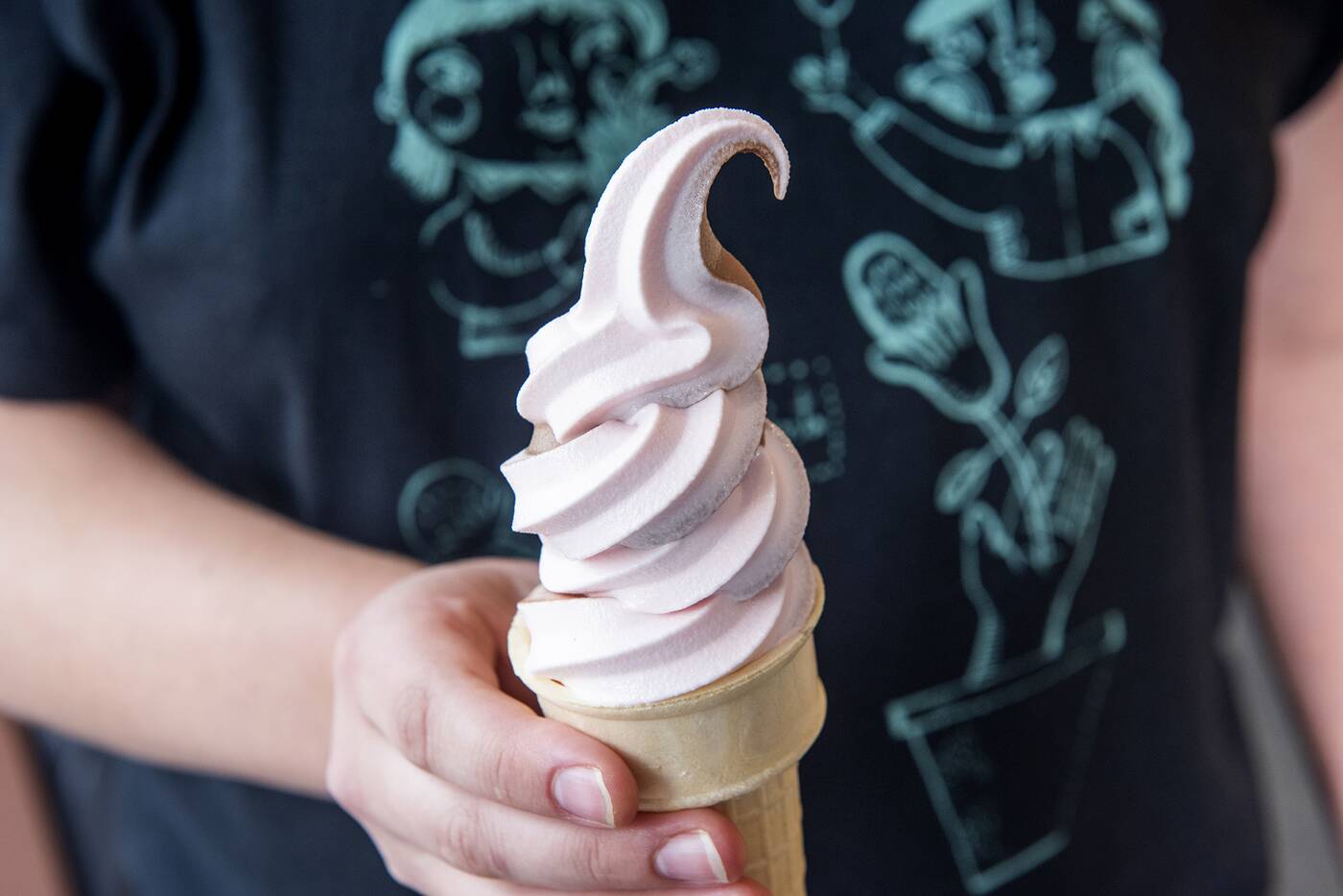 Soft serve ($5 for a cone) comes in Pinky Swear (strawberry rooibos) and The Dark Side (salted chocolate) flavours, made in house using whole milk.

The salt and rooibos flavours are relatively light, but the chocolate and strawberry flavours pop and there’s no doubt this is a notch above your average ice cream truck fare. 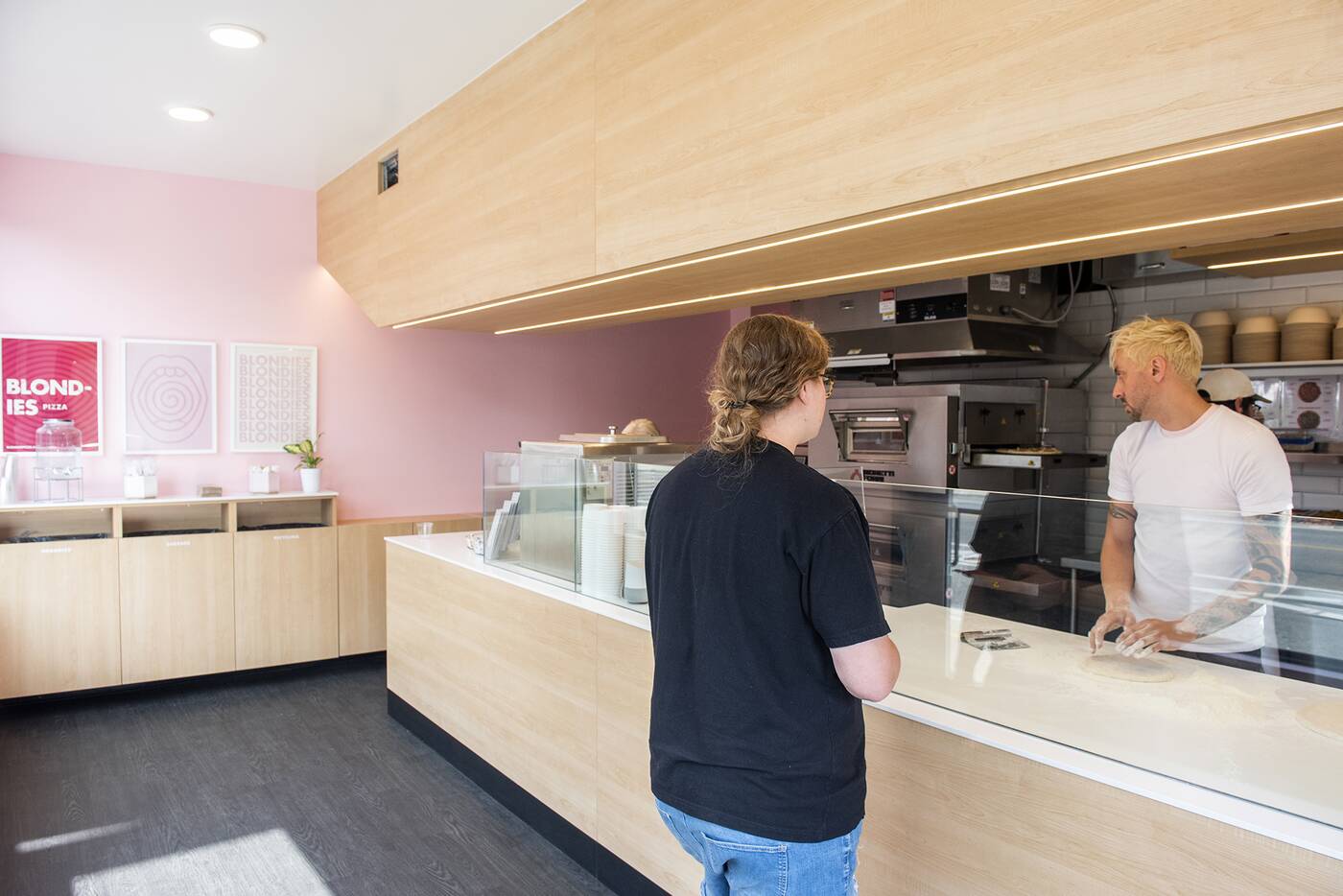 This is purely a takeout place with small confines and zero seating, though there are two very cute picnic benches outside on a little makeshift lawn complete with doggie water bowl. 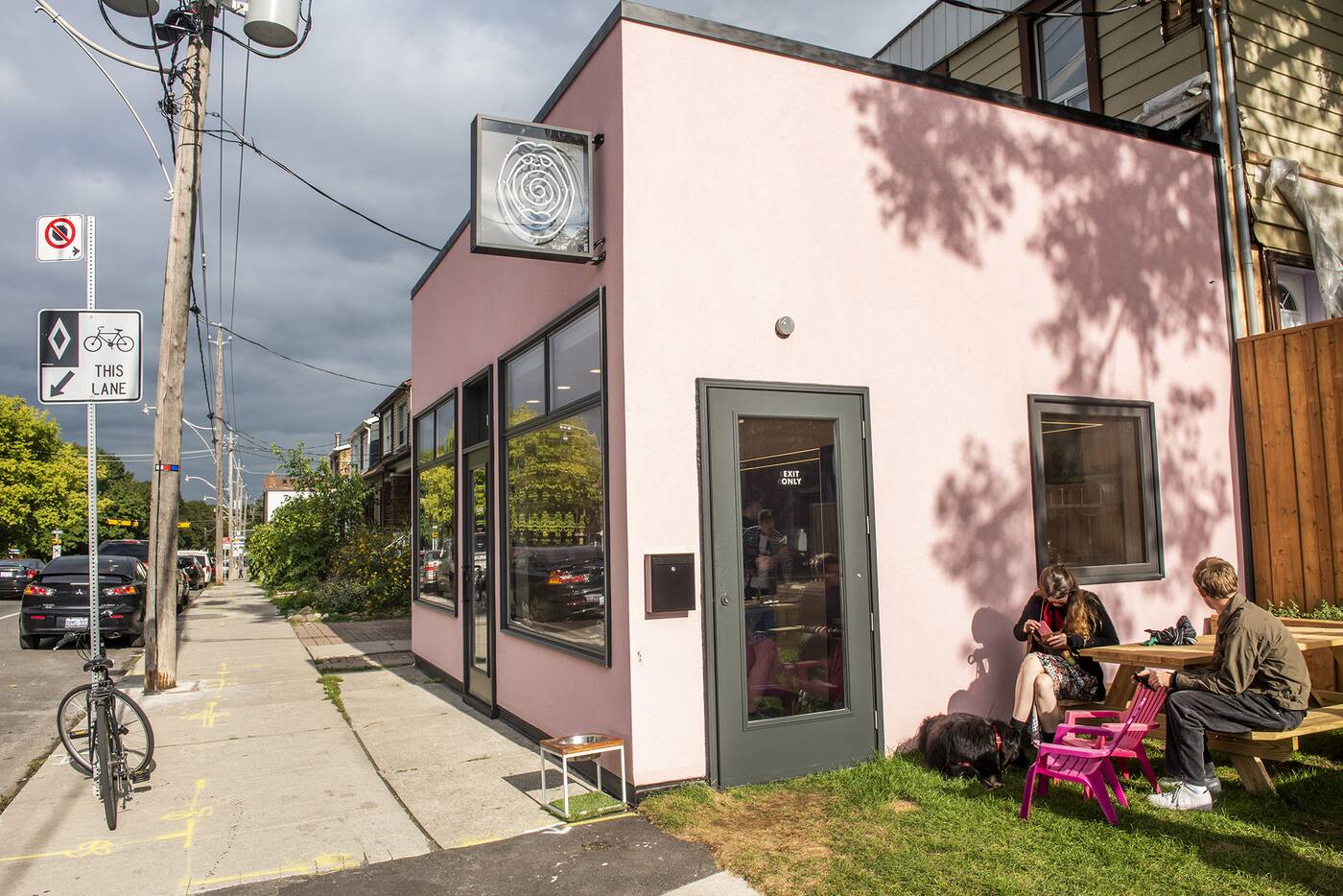