Paoletti's quietly opened its doors mid-December and already it's garnering quite a buzz. I called my aunt who lives nearby, and she raved about her recent take-out experience for a solid ten minutes - her enthusiasm is contagious.

The place is owned and operated by Dante Paoletti and family, who locals will recognize from the Italian eatery positioned directly across the street . No one will comment on the ongoing feud (Paoletti doesn't even want to be associated with the 40-plus-year business that still bears his name), but based on what I've read , I think it's fair to speculate that pizza wars in this suburb are heating up. 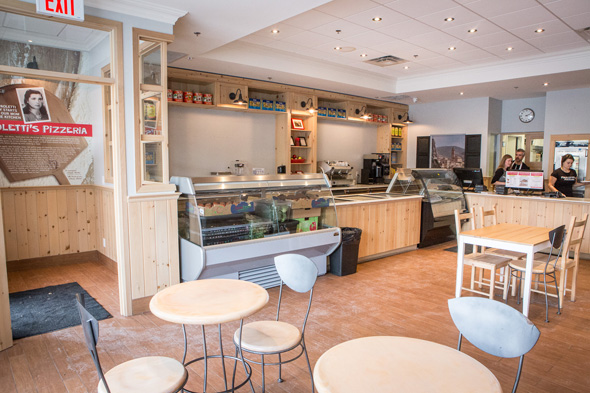 I can't exactly ignore that I've been eating this same food since I was in grade school - their reputation is what brought me here in the first place. It's also why I'm willing to forgive them for opening in such an obviously unready state. They're not even that new - they've been open a month - and still I feel bad for showing up to document their growing pains.

They've taken over the former address of Camarra's Mimi Gourmet and have left the charming space in its turnkey condition. There's talk of renovating to give the kitchen more room, but for now the existing fixtures sit unused (there's no intent to hold food in the hot tables or sell prepared goods from a cold cases), it's clean but cluttered with things for the kitchen rather than stocked for customers. Unlike the family's former business, this place deals primarily in take-out and delivery, meaning it's unlikely you'll spend too much time here anyway. 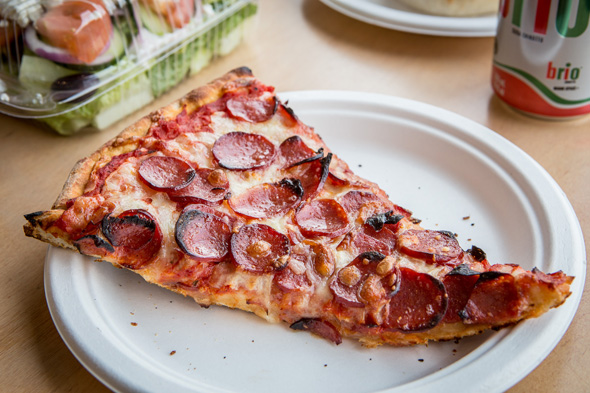 Walk-ins are encouraged and rewarded with pepperoni slices for $4.99. It's not a wide slice but it's long - the crust is dense, crispy and dry on the under-side while the top is blanketed in gooey cheese and small rounds of crispy pepperoni. It is indeed a good slice, and while the price tag seems steep, it's representative of what you can expect when ordering a whole pie. 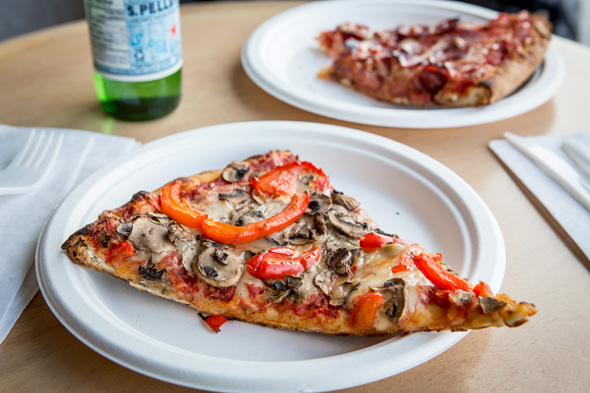 Plain cheese pizzas here start at $13.99 and go up to about $25.99 before you start adding any toppings which will each cost an extra $1.25 to $2.75 depending on size. This is not cheap pizza, and yet it is still priced few dollars cheaper than their neighbour across the road. 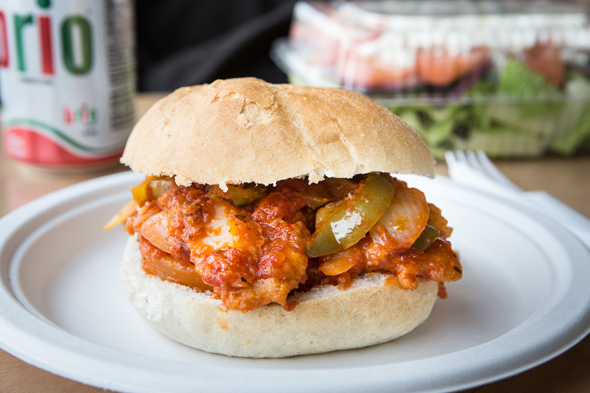 The sandwiches regularly priced between $9.99 and $10.99 are deeply discounted to walk-ins for $4.99 including two toppings. I try the veal smothered in sauce and loaded with sautĂŠed onions and mushroom - it's tasty enough, but something is amiss. The sauce is bright and sweet, the bun (available in a choice of puffy kaiser or crusty ciabatta) is fresh, the milk-fed veal certainly is tender, but it's missing that crisp breaded exterior.

"We don't have a deep fryer yet" explains it all. 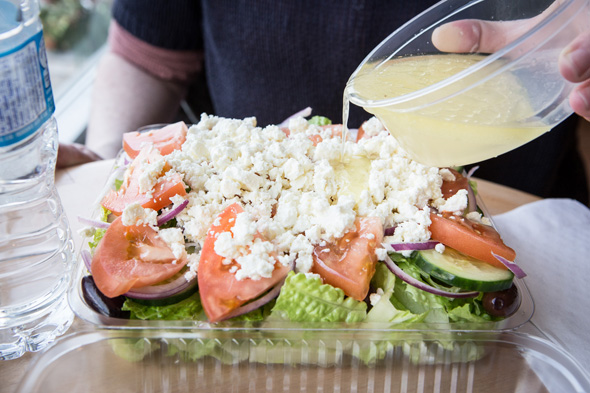 The Greek salad ($10.99) is excellent and huge, and while this might not seem worthy of praise, it's rare to find fresh side dishes available with pizza delivery. This one boasts romaine lettuce dressed in tangy vinaigrette and generously finished with crumbled feta over the requisite chopped veggies.

Other options include customizable pastas, ($11.99-$12.99) including penne, spaghettini or pappardelle with five house-made sauces or have gnocchi, tortellini or ravioli in tomato or arrabiatta sauce. There's homestyle soups too, and mains like the veal parmesan ($16.99).

Overall I leave confident in the food; the quality and care is there. There is room for improvement no doubt, but I'd bet Paoletti's loyal following will likely endure the growing pains if only to enjoy familiar slices at slightly more competitive prices. 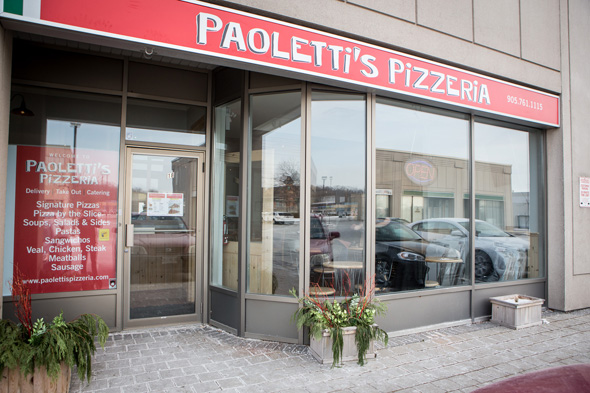