Bar Copa is a chic restaurant underneath Copacabana in the Entertainment District with a grill-focused menu and a sophisticated list of cocktails. 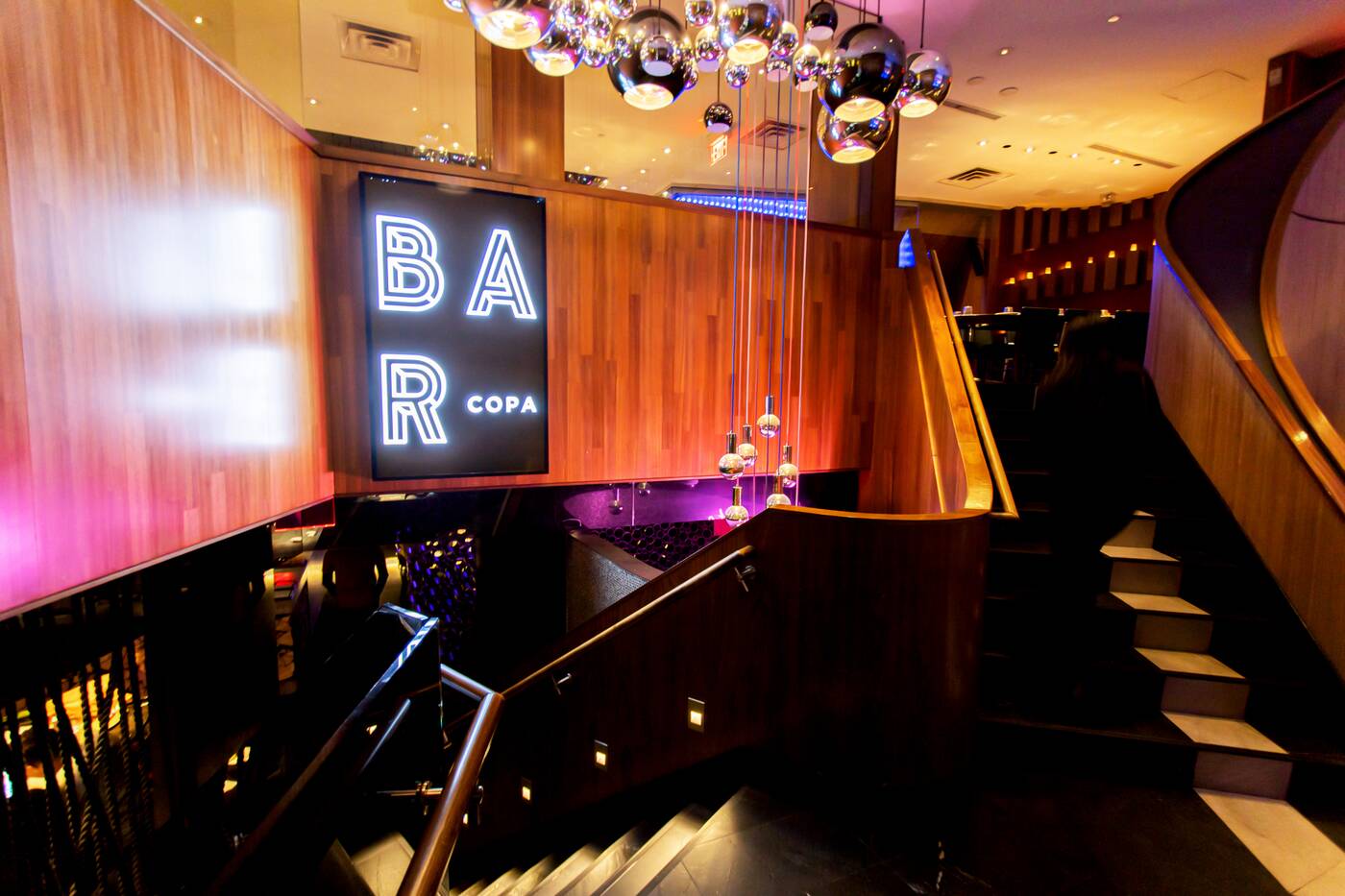 Since then, it's been repurposed for many different concepts including an all-you-can-eat seafood restaurant called Copa by the Sea, and most recently, Casa Fuego, which served Spanish and Argentinian food. 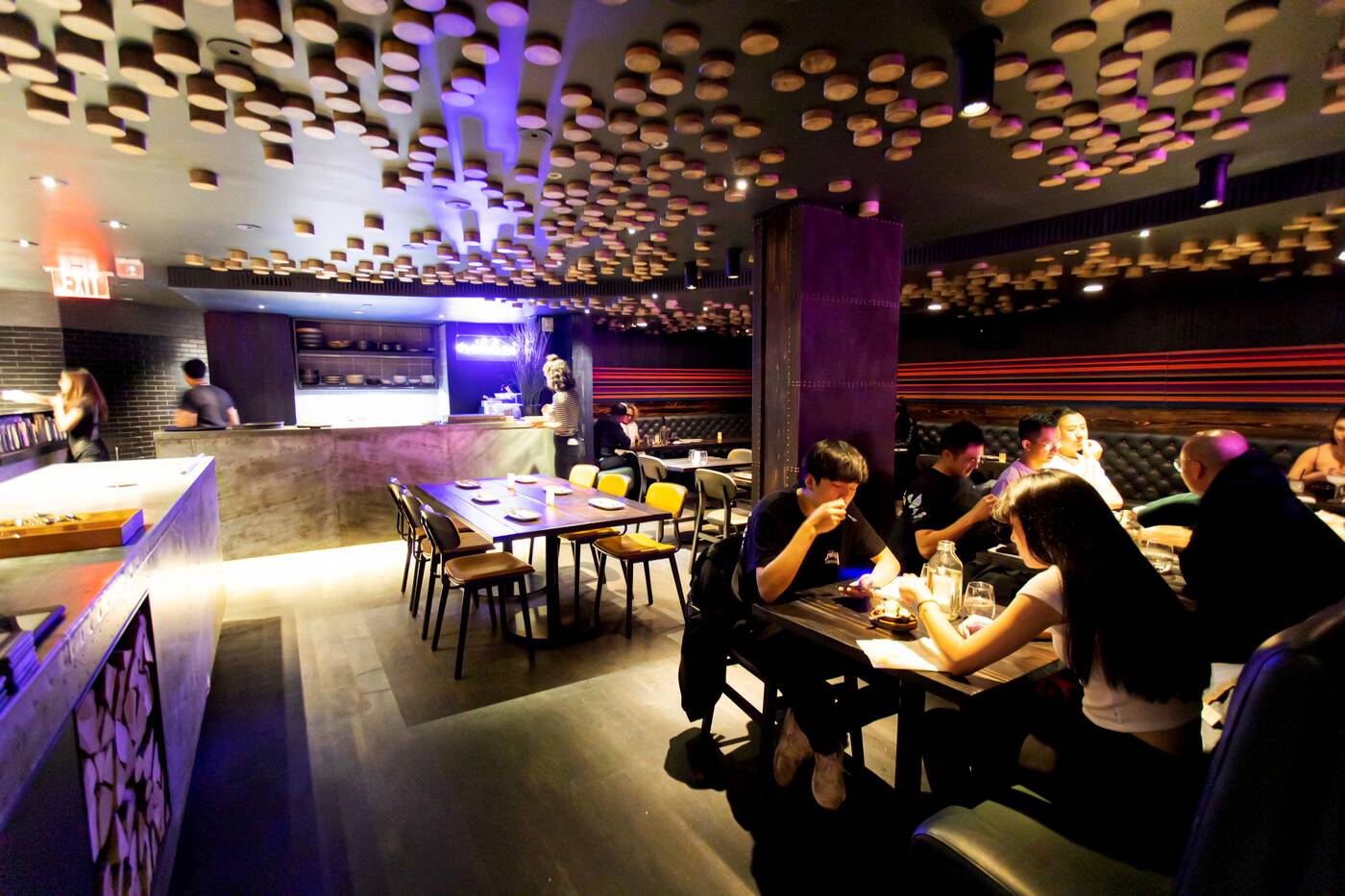 Unfortunately, Casa Fuego closed at the beginning of the pandemic and the Copa team made another shift, relaunching as Bar Copa which has a relaxed late-night bar feel. 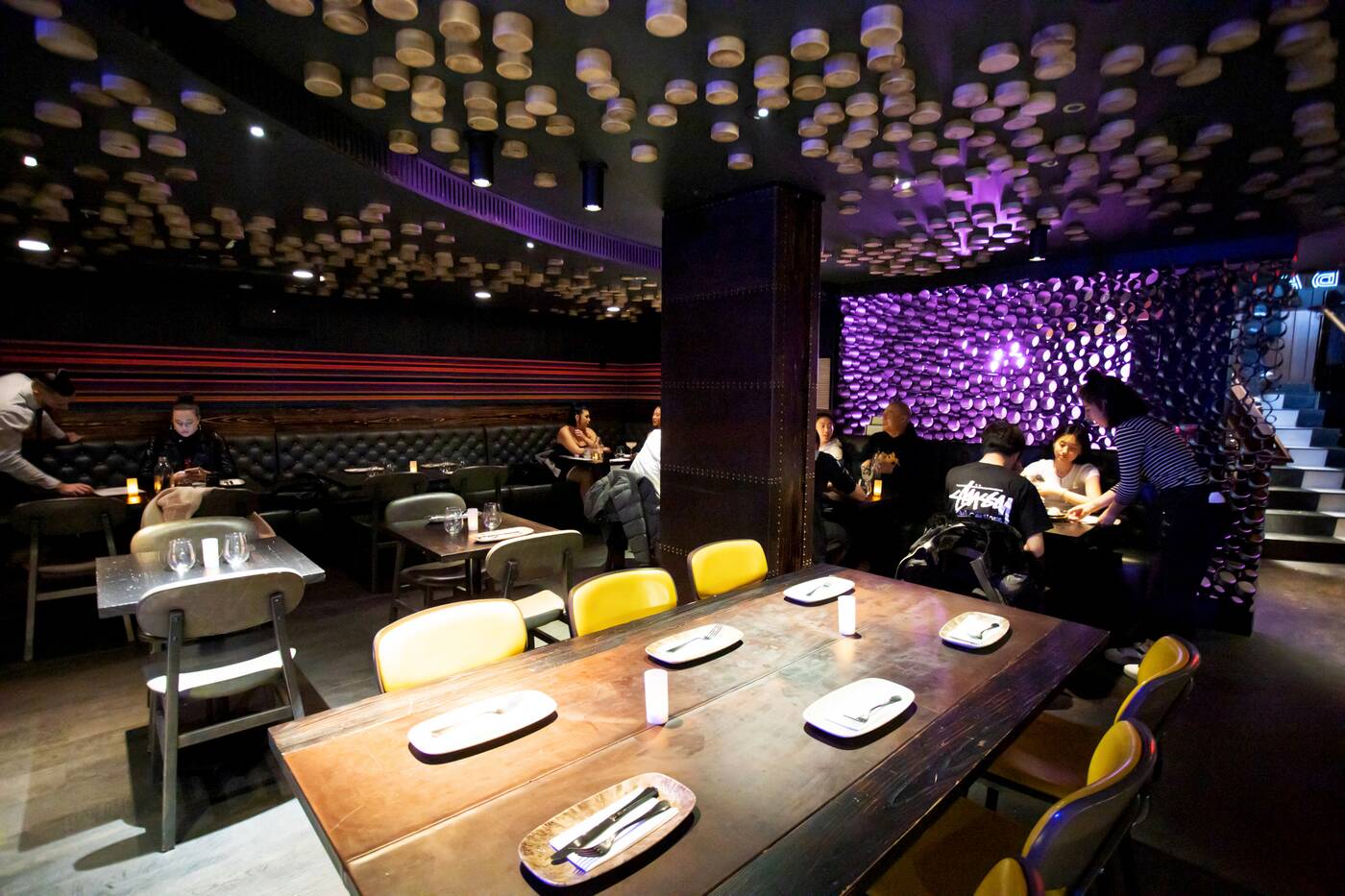 Heading downstairs, I'm immediately struck by the intimate vibe. Besides low ceilings, booths hidden in the shadows add to the cozy atmosphere. 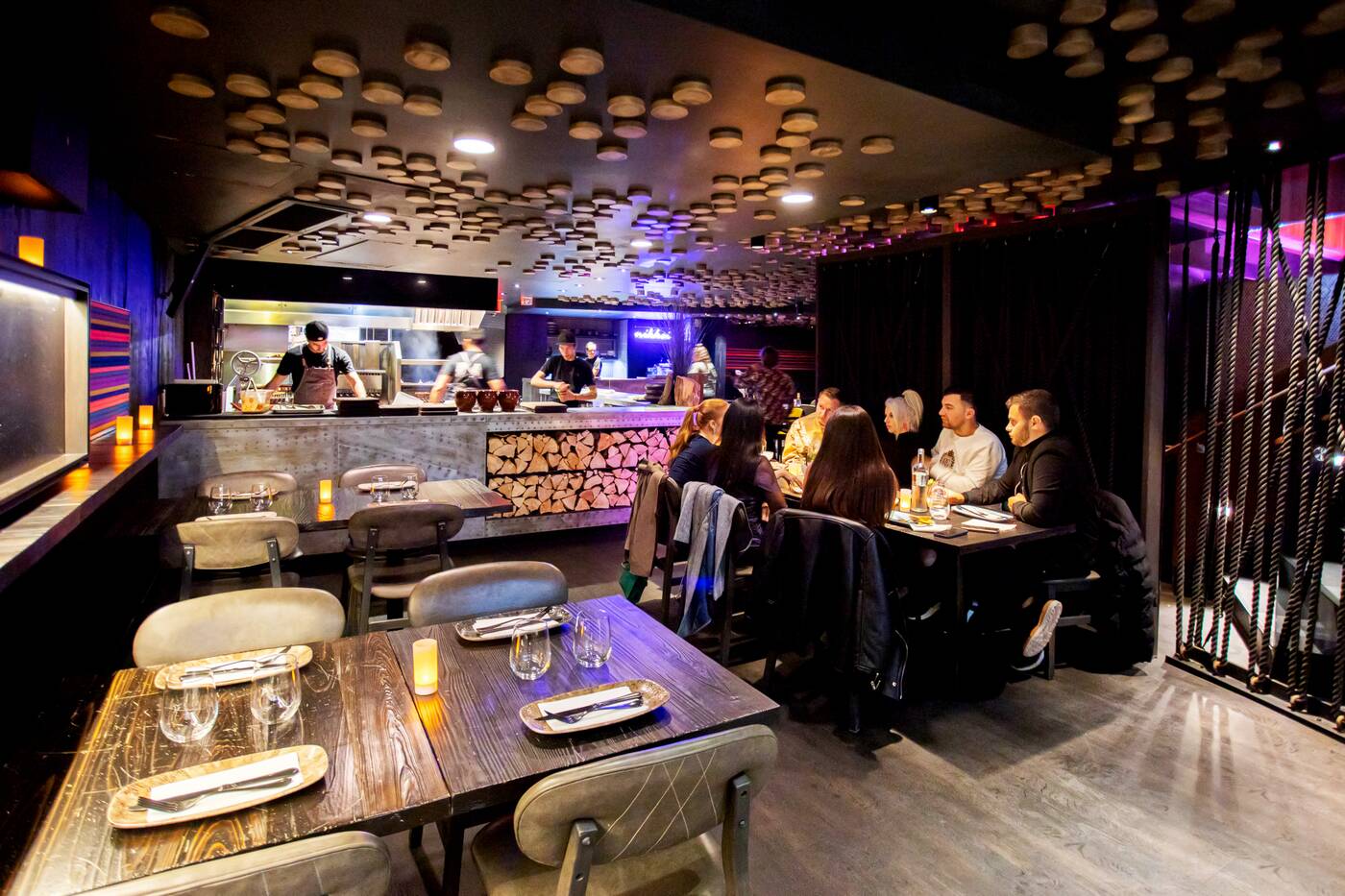 There's more seating located on the other side of the kitchen including stools along the bar and a communal table that accommodates large parties. 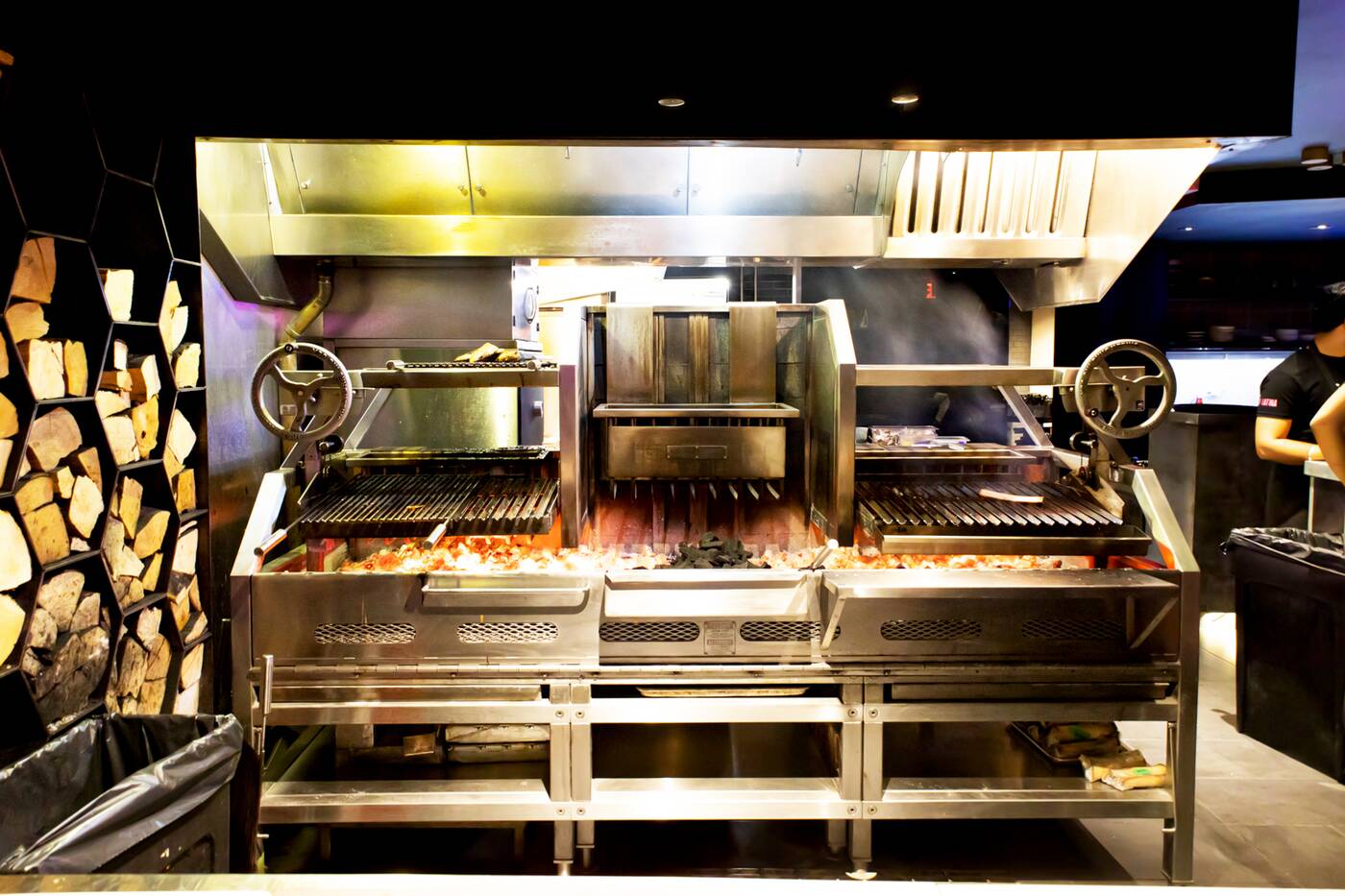 Bar Copa's fully-equipped kitchen helps its busy upstairs neighbour when the steakhouse is overwhelmed with food orders. Its robata Japanese grill is the centre of cooking for most of the meat and sides.

The room also serves as a secondary option for customers not wishing to wait upwards of two hours for a table, who could enjoy similar food on the lower level. 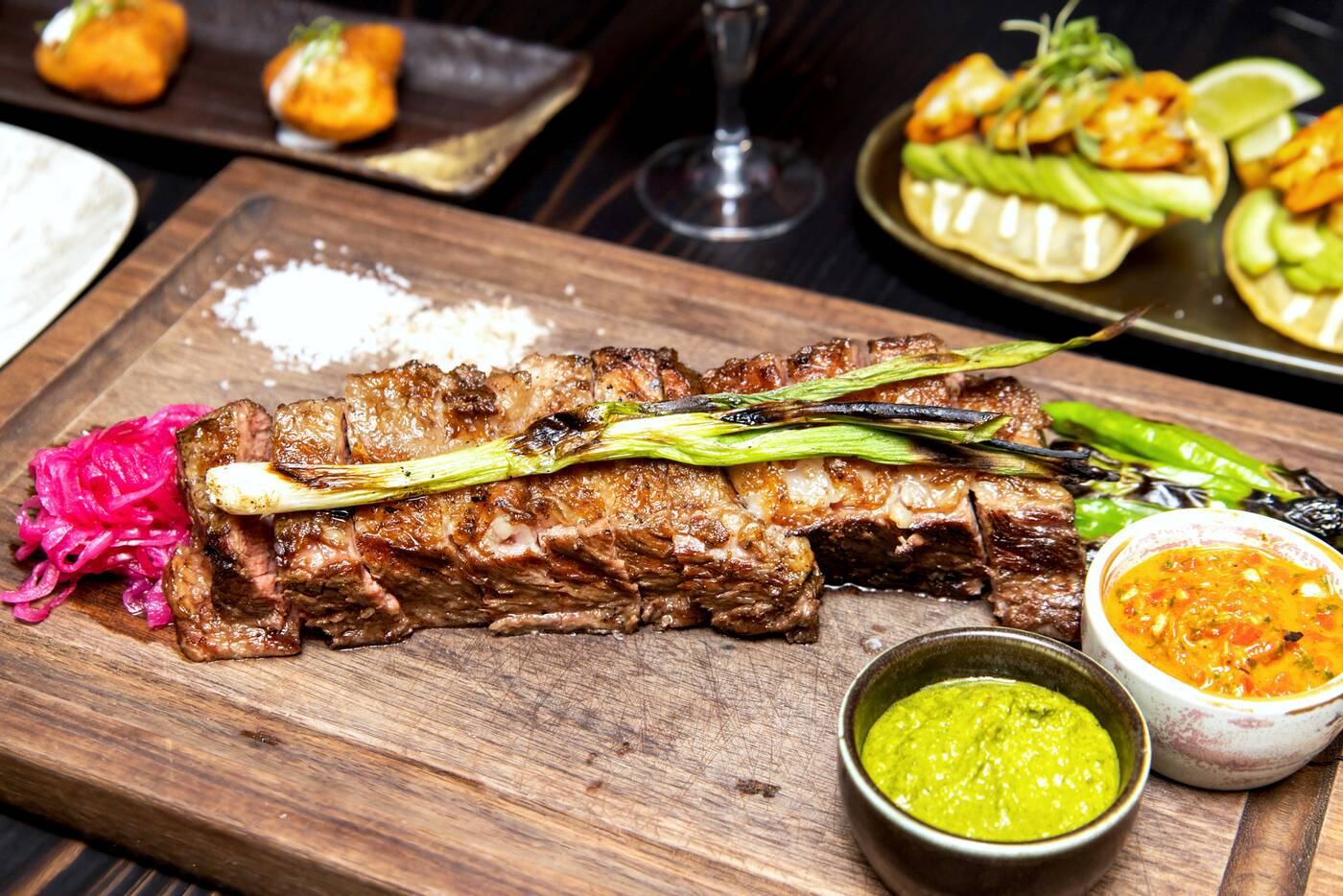 The Beef Ribs ($30) are cooked sous vide for three days before it's seasoned with Maldon salt and grilled with the bone-in.

The ribs are juicy and tender and are presented on a wooden platter with smoked and regular Maldon salts for extra seasoning.

In addition to a side of pickled red onion and charcoal-grilled shishito peppers, the meat is served with red and green chimichurri sauces. The red version has roasted red pepper as its base, while the green is made with parsley, mint and oregano. 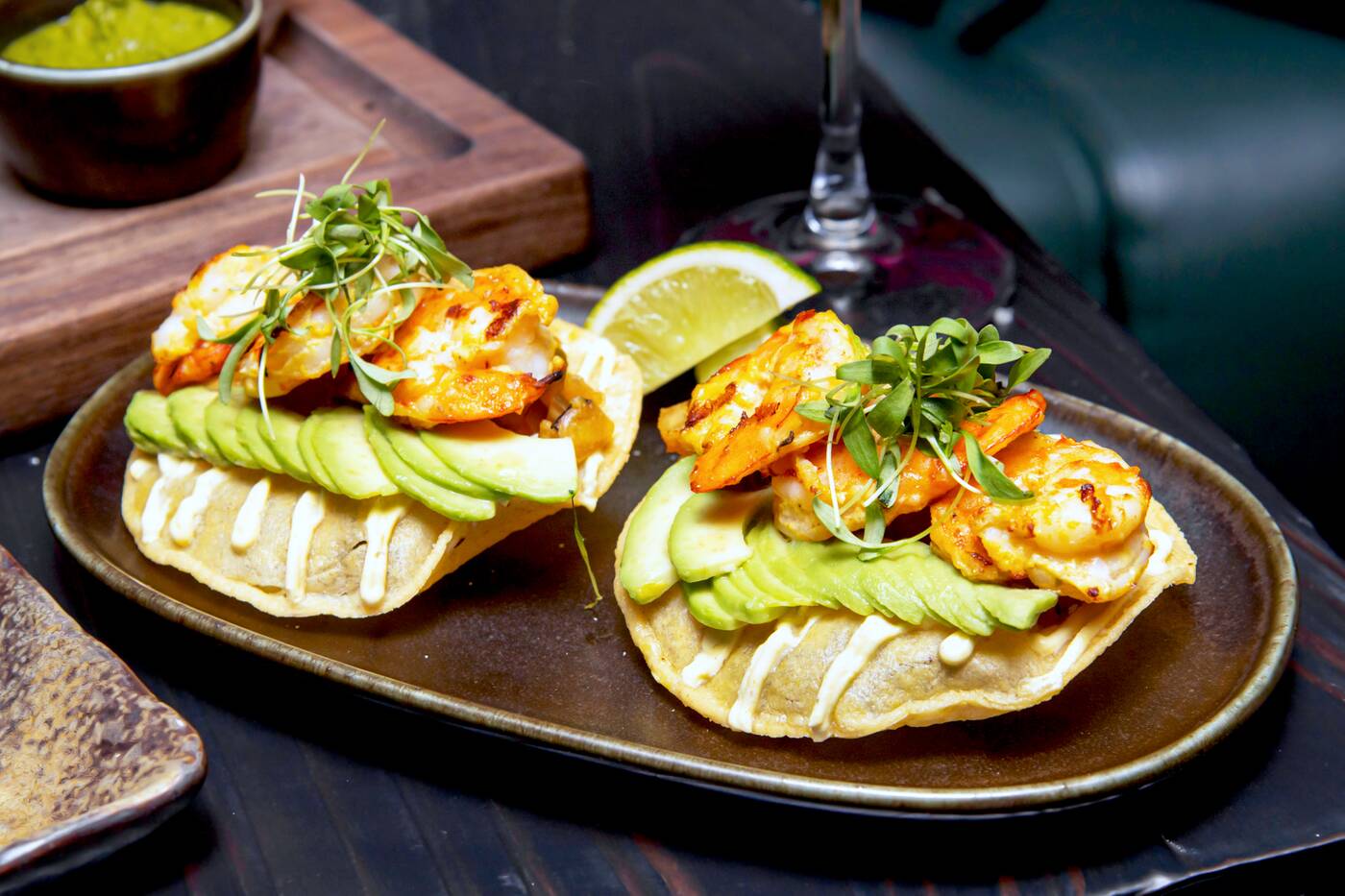 The Shrimp Tostada ($12) was my favourite dish. The shrimps burst with flavour from being marinated in sour cream, garlic, and aji amarillo before they're cooked in the oven. 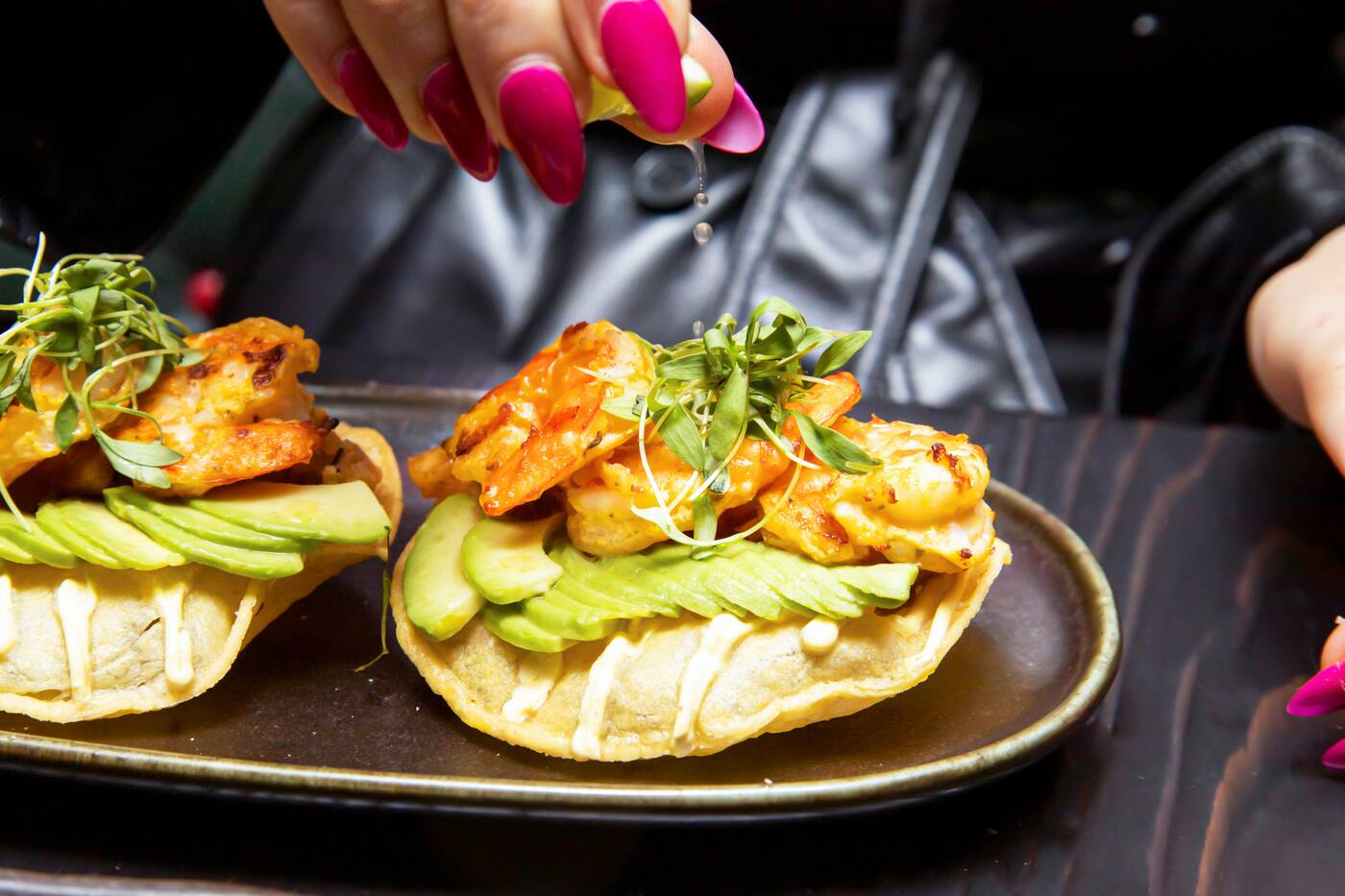 Fried tortillas are drizzled with a seasoned sour cream sauce, then layered with sliced avocado and bits of grilled pineapple. The result is a blend of textures from the hearty shrimp, crunchy tostada and soft avocado underneath. 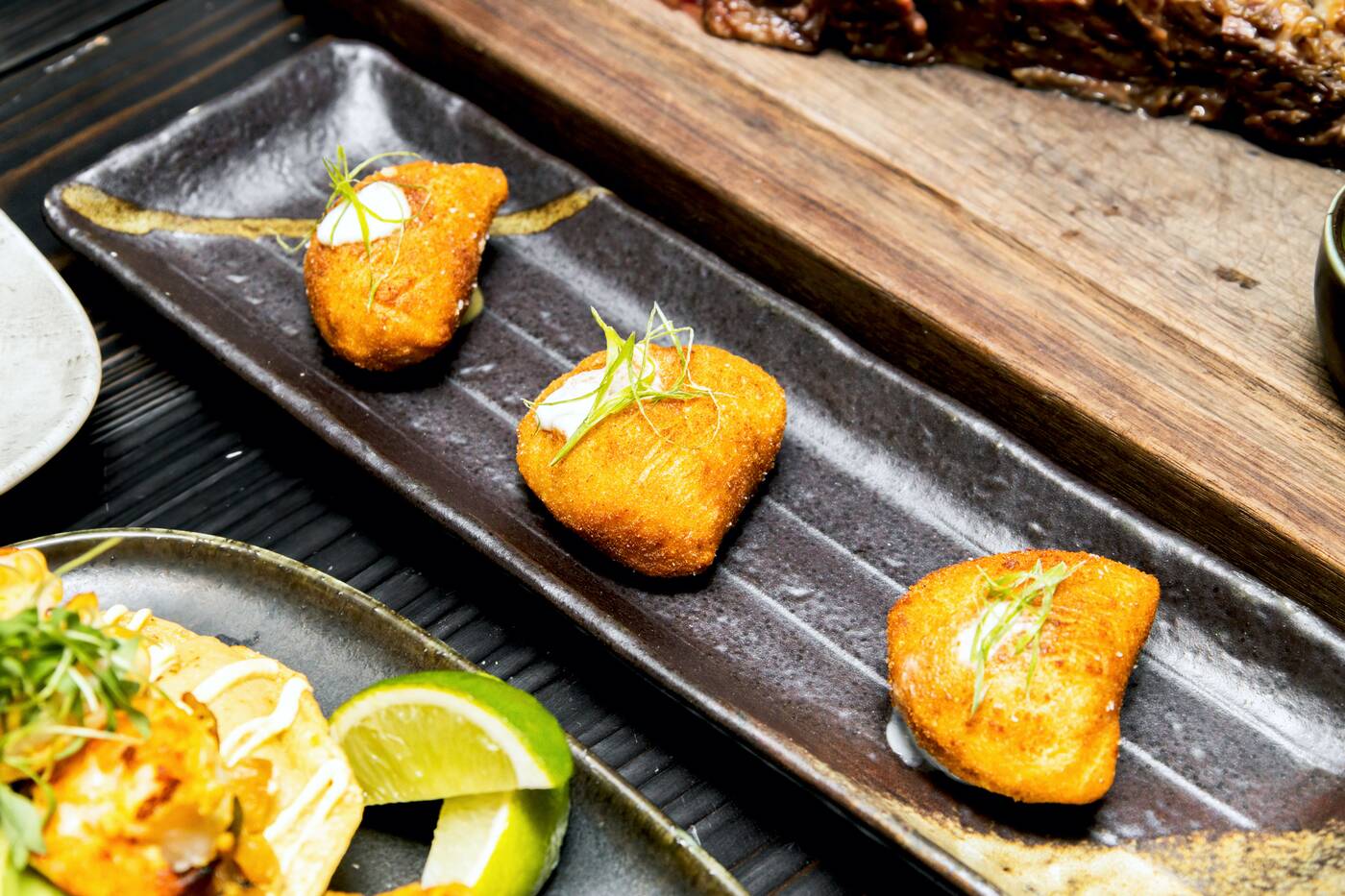 For an easy-to-share dish for two, I'd recommend the Risole ($11). They're basically mini empanadas that stuffs housemade dough with ground beef then fried.

Seasoned with hot sauce and a sour cream topping, I like the contrast between the crispy exterior and the warm, saucy interior. 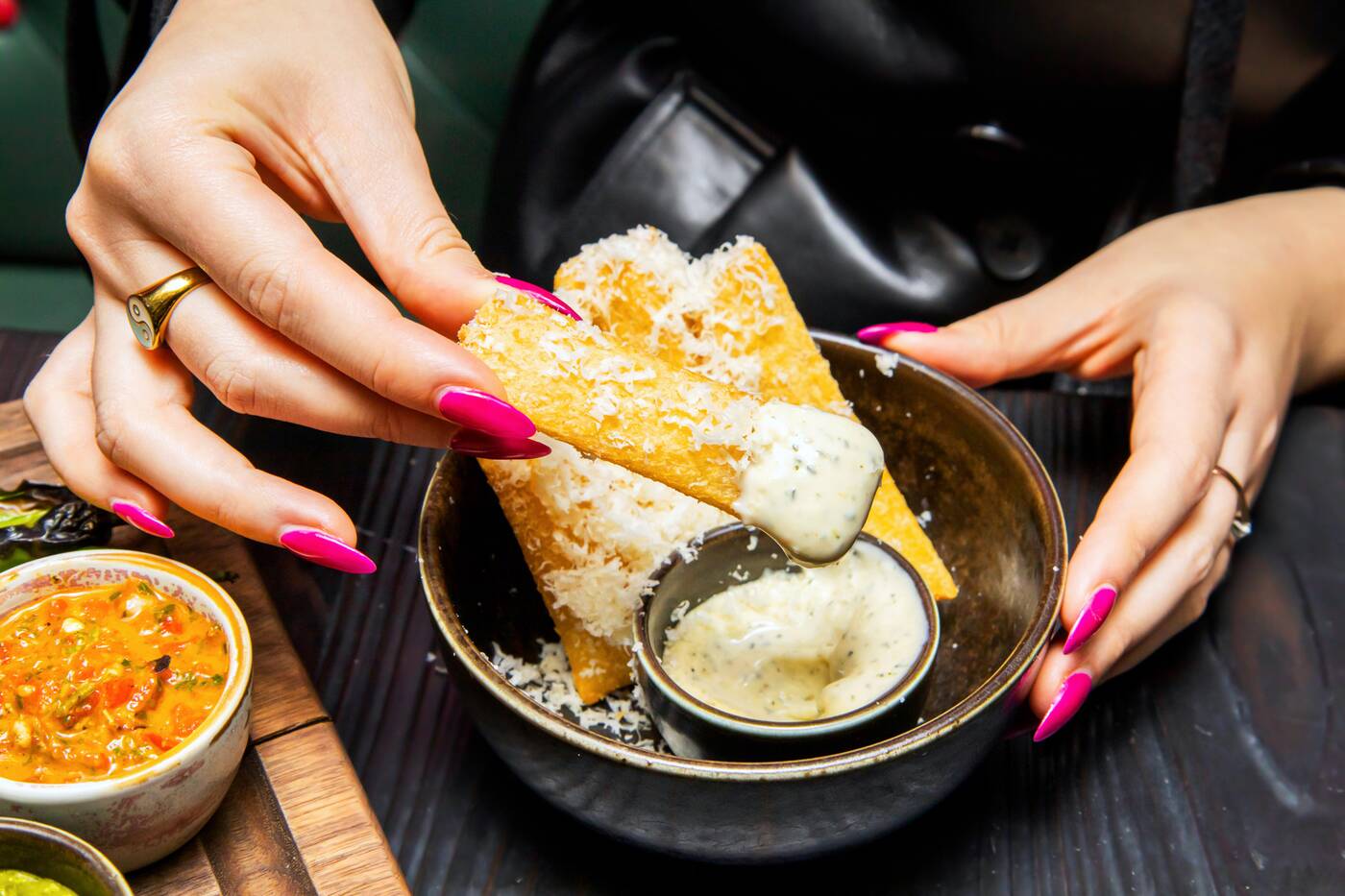 The Truffle Casava Fries ($10) is a side that pairs well with any of the meat dishes on the menu.

The cassava fries are topped with Parmesan cheese and served with a confit garlic mayo. They're a unique and less oily option compared to some fries I've had made with potatoes at other restaurants. 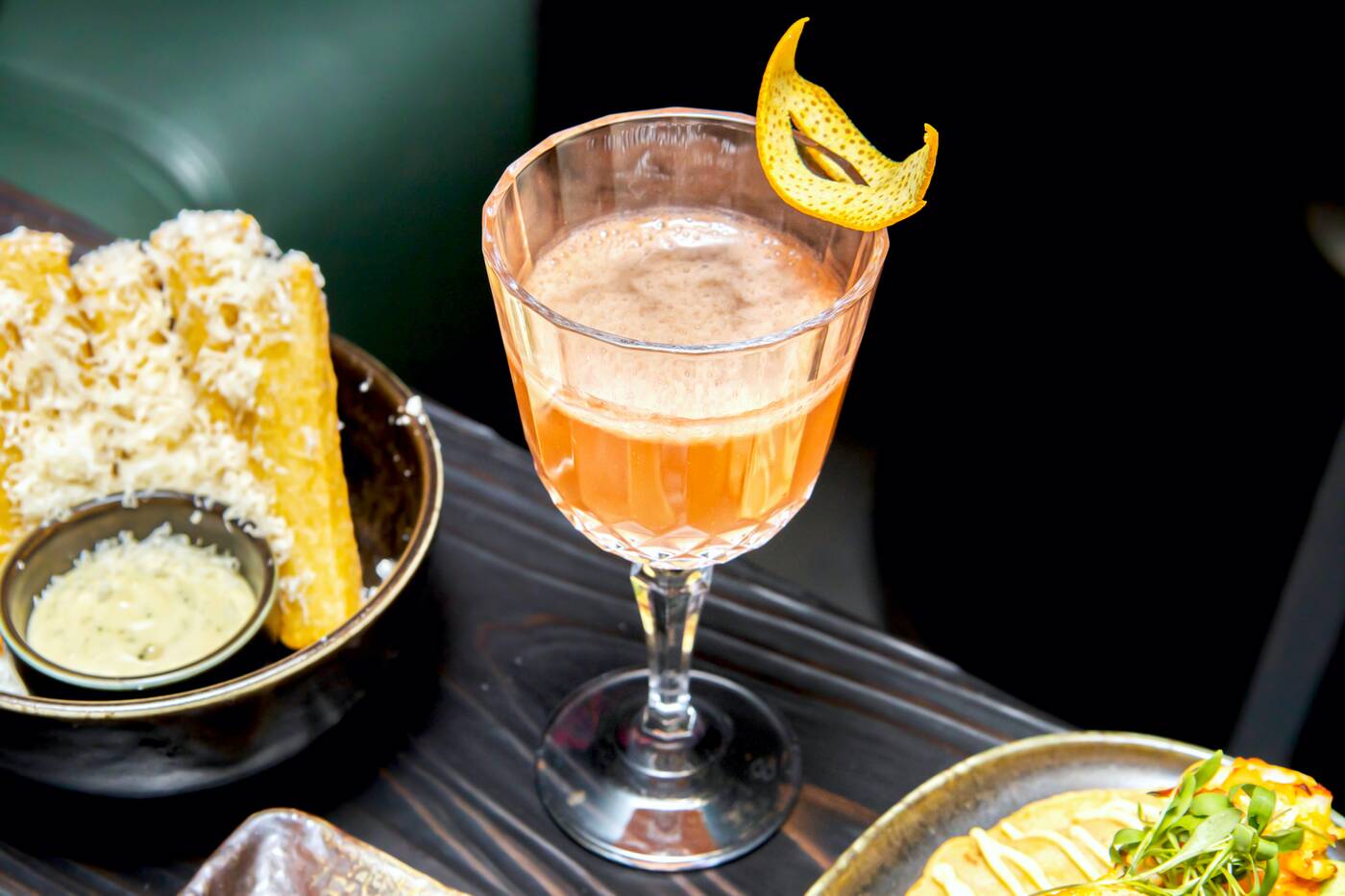 It tastes like a fruity rum punch with a hint of heat from the chipotle. 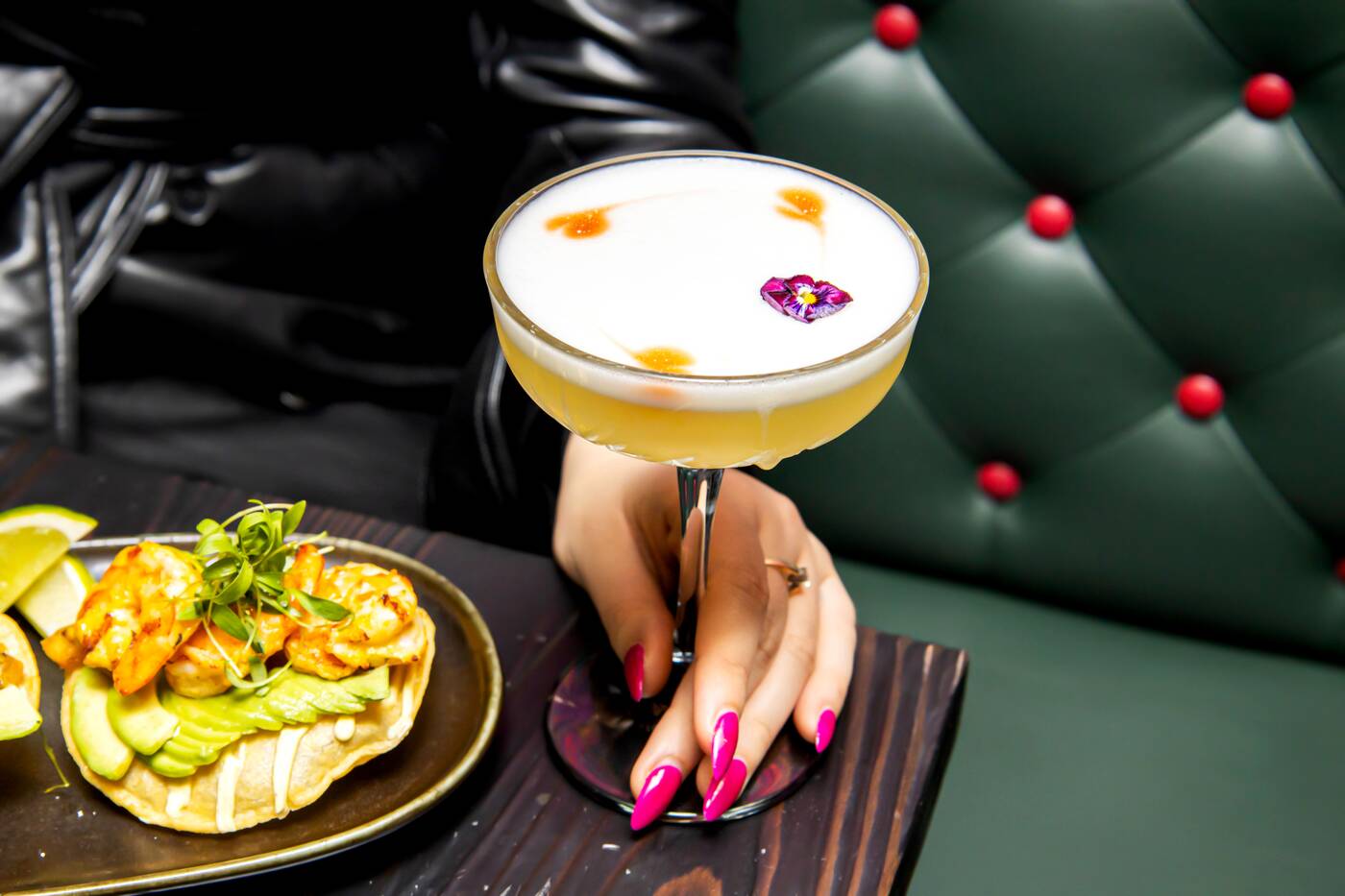 The Mango Loco ($16) is a boozy cocktail that has Ketel One vodka and Malibu mango rum as its base.

The fruity shaken cocktail is topped with a layer of foam from egg whites, and bursts of citrus flavour from the lime juice it contains before the mango flavours take over. 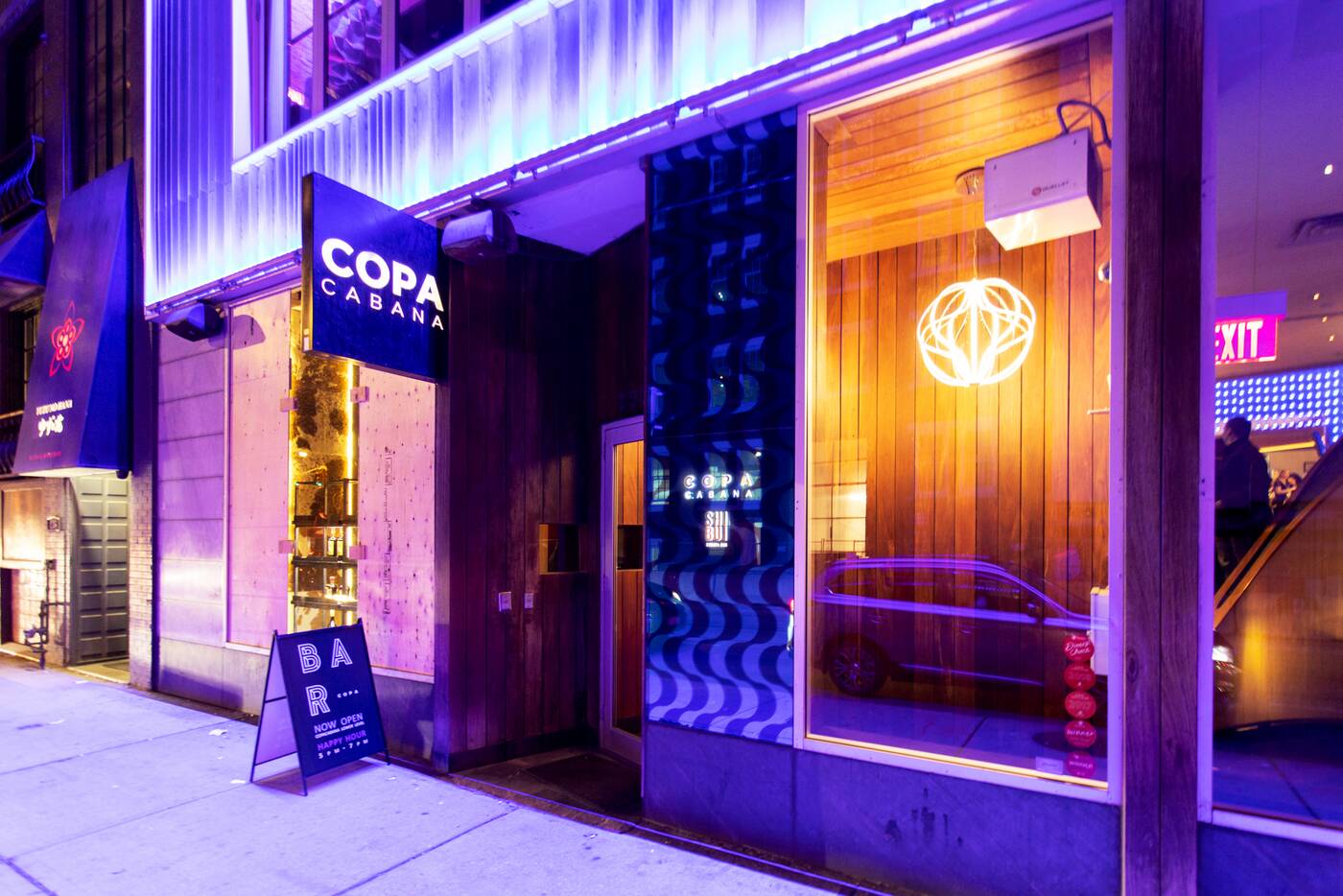 Bar Copa's entrance can be found down a stairwell on the left side of Copacabana's entrance.