Shibui Robata Bar, situated on the lower level of the flamboyant Copacabana, shares a common address, and even a hostess station. When entering from Adelaide, you'll be forced to choose between Brazilian rodizio upstairs or Japanese robatayaki downstairs.

Both restaurants are owned and operated by Jeremia and Michael Rudan. At this loungey Japanese grill, the brothers have enlisted the expertise of Chef Masaki Nakayama, who hails from Japan by way of New York and Miami and has held positions at notable state-side spots like Sushi Yasuda , Mr. Robata and Zuma . 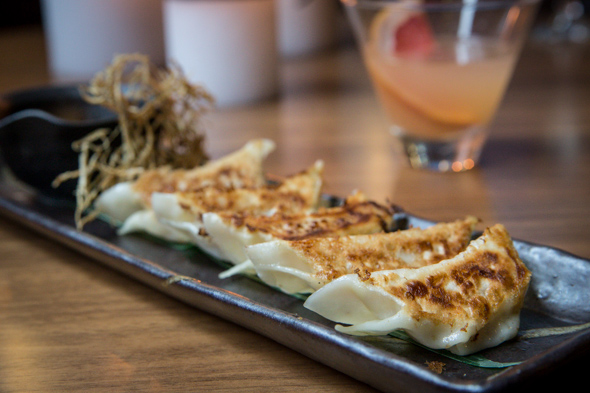 Unlike upstairs, the menu isn't exclusively meat-centric - sushi and seafood selections are equally as plentiful. There are signature rolls, nigiri and sashimi options, as well as appetizers like pan-fried dumplings ($12) encasing succulent Chilean sea bass. 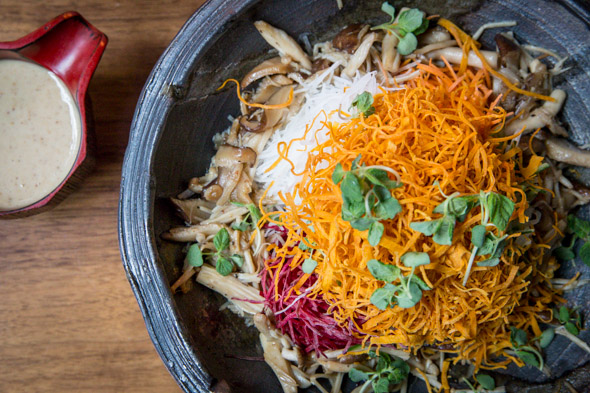 Kinoko salad ($8), a mix of meaty mushrooms over soba noodles, is served with ponzu dressing and a tangle of fresh, fried and pickled veggies that are meant to be tossed through for a contrast of textures. 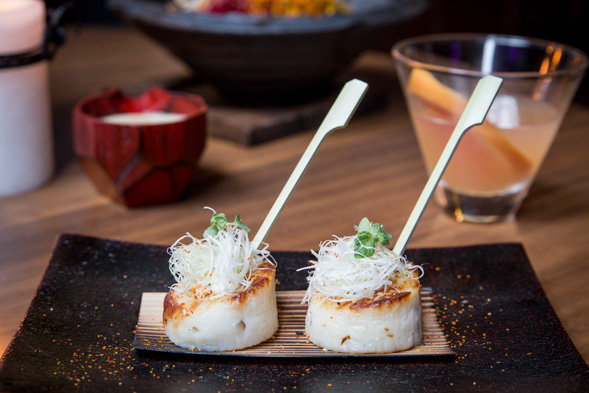 Scallops ($16) grilled on the robata are plump, caramelized and finished with a garlicky yuzu aioli. Served two per order, they will leave you wanting seconds, though the price tag might be cause for second thought. 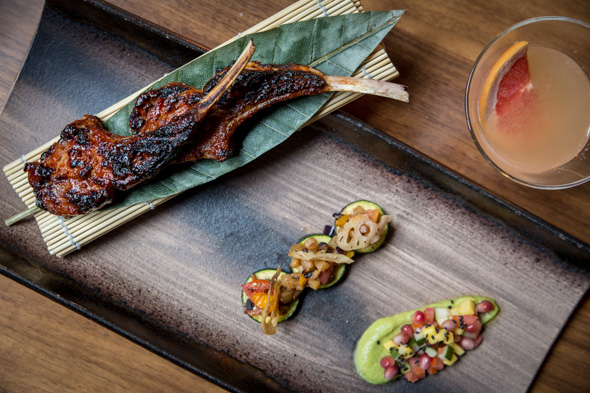 Lamb chops ($18) glazed with spicy Korean miso are more generously portioned and accompanied by grilled seasonal vegetables and a side of cool cucumbers and pomegranate over creamy avocado. 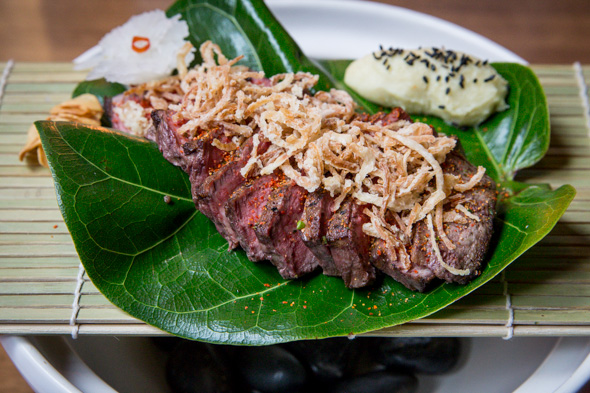 Also from the grill: A prime filet mignon ($26) imparted with the charbroiled flavours of an open flame. The steak is topped with crispy fried shallots and a dusting of shichimi spice mix, and served sliced to show off its juicy pink centre. 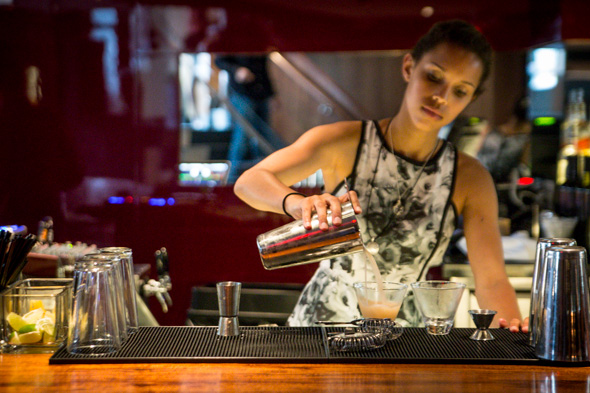 The bar makes sake its niche, offering selections by the glass ($12-$15), bottle ($24+) or sampling trio ($12). The cocktail list (all priced at $9.25) favours clear spirits mixed with refreshing flavours like yuzu, cucumber or pink grapefruit. 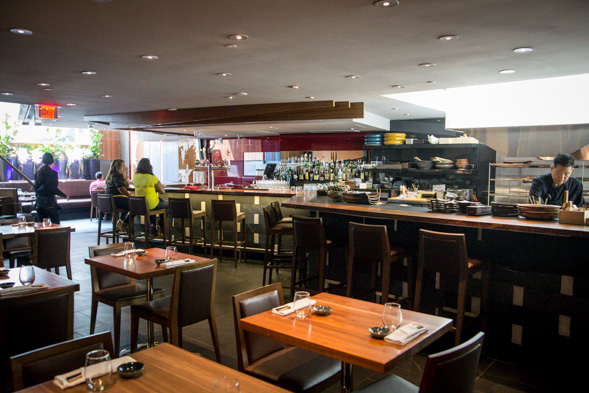 Shibui Robata Bar is open nightly for dinner and drinks from 5pm and for lunch on weekdays. 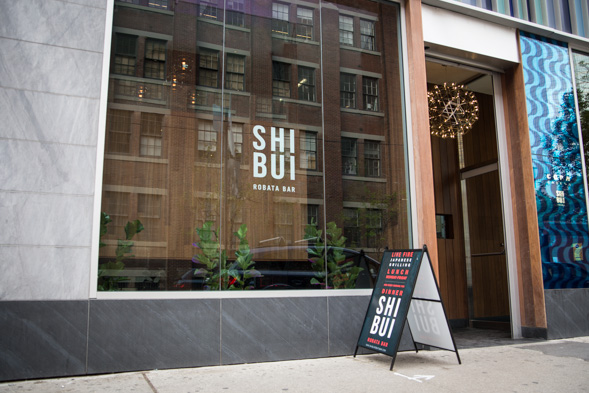