Ramen Misoya is currently open but their offerings and services may be affected due to the pandemic. Please contact the business directly for more information about any changes. Is this your business? Please contact us if you would like to update this message.

Ramen Misoya is a popular Japanese noodle house that specializes in miso ramen.

Already a giant hit in Japan, the massive chain has over 100 locations in Japan and 30 more locations worldwide, including one in Montreal. 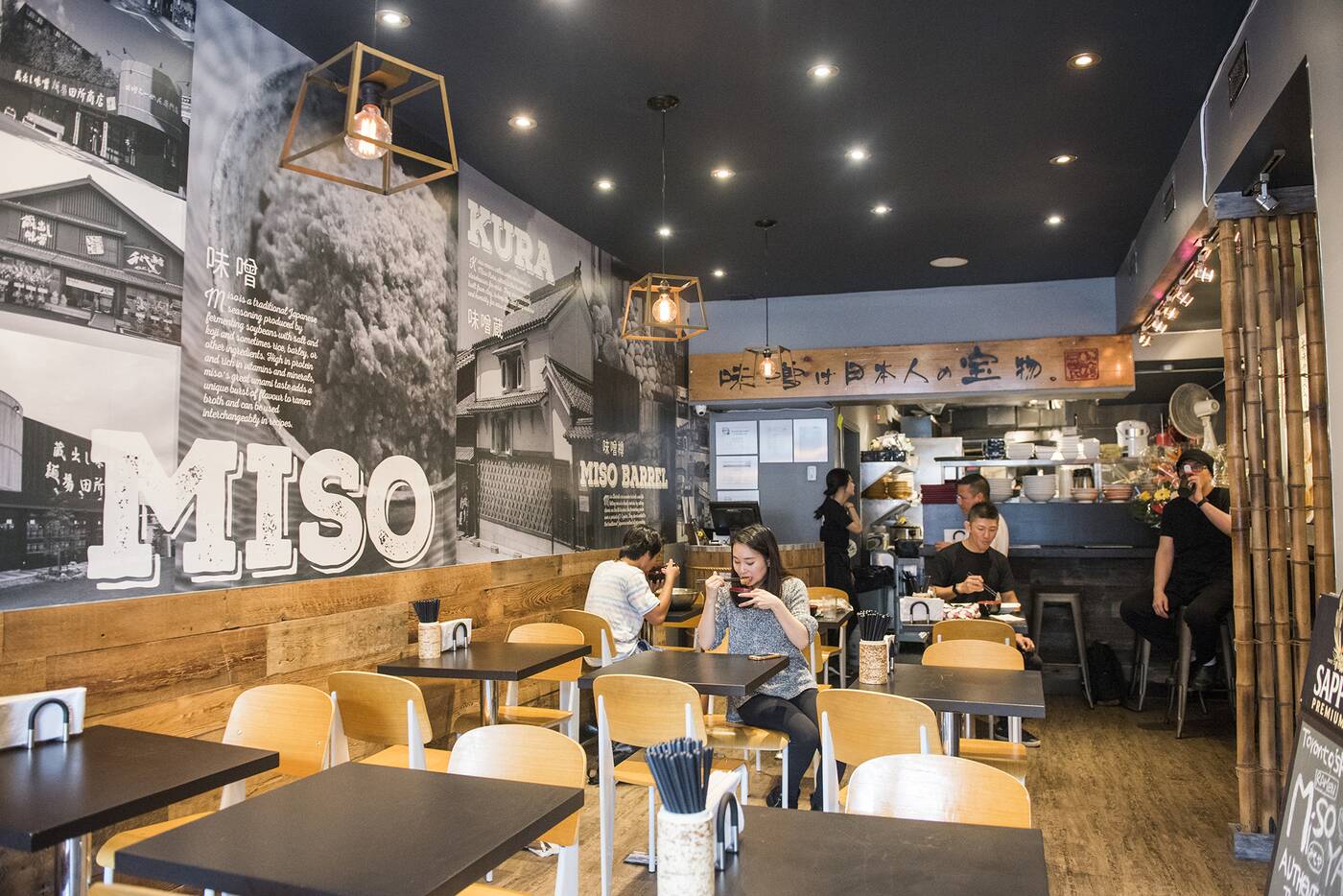 Taking over what used to be Street Shak, this marks the first location of Misoya in Ontario. 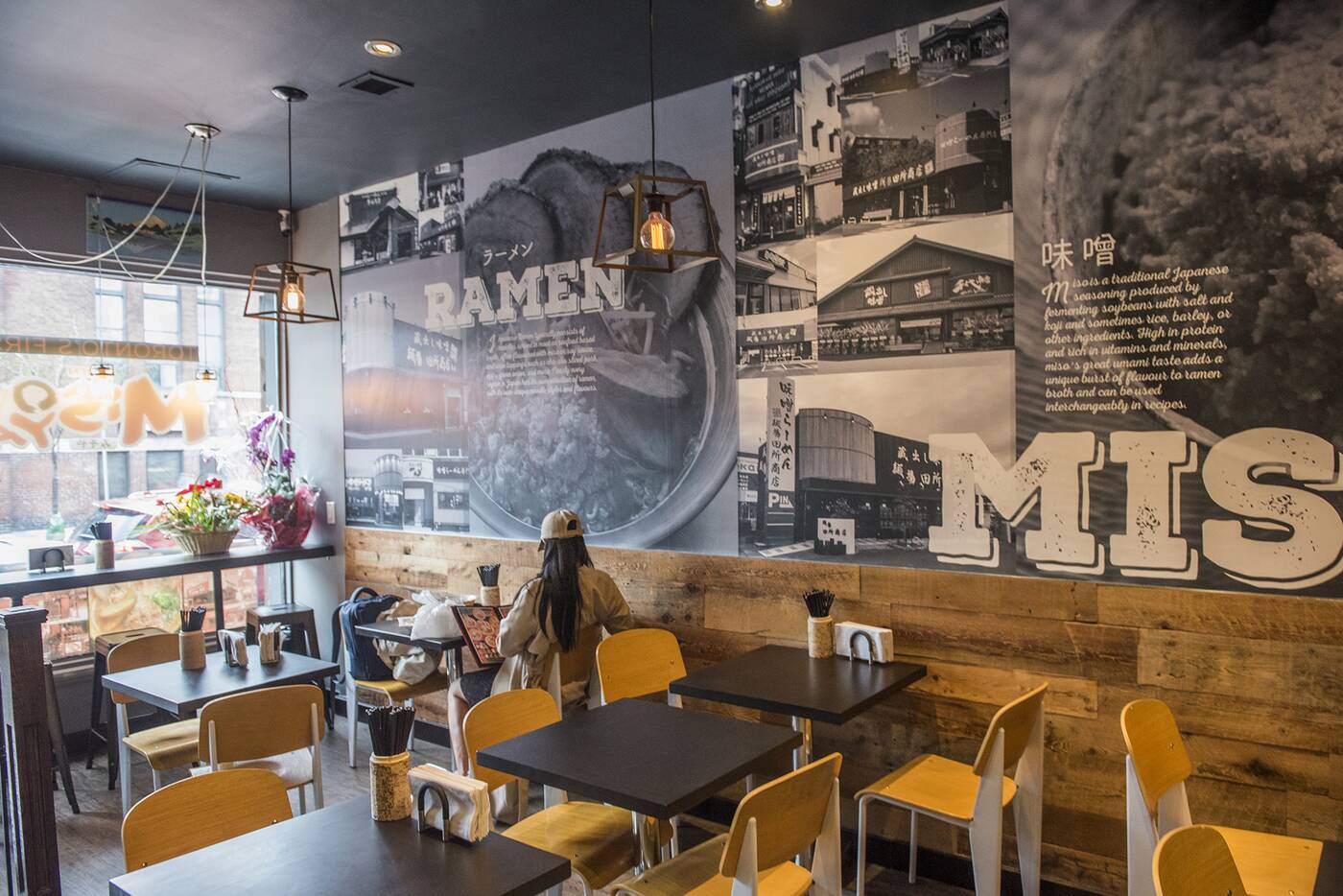 The menu here offers the usual fare of Japanese noodles and sides, but with a strong focus on one main ingredient: miso. 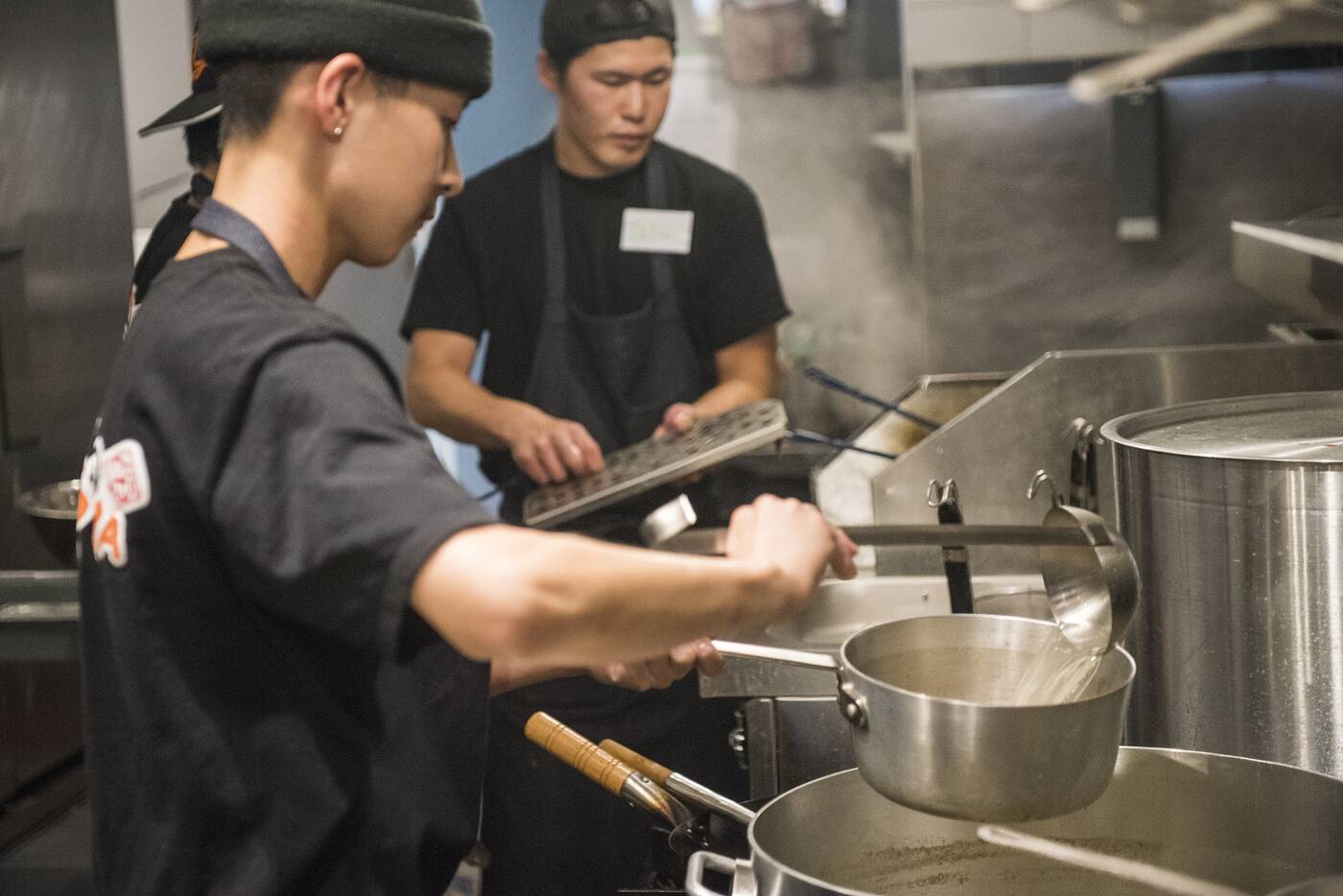 Considered a superfood in Japan, this fermented soybean mixture forms the base of Misoya's broth, adding an element of health and flavour to your usual ramen. 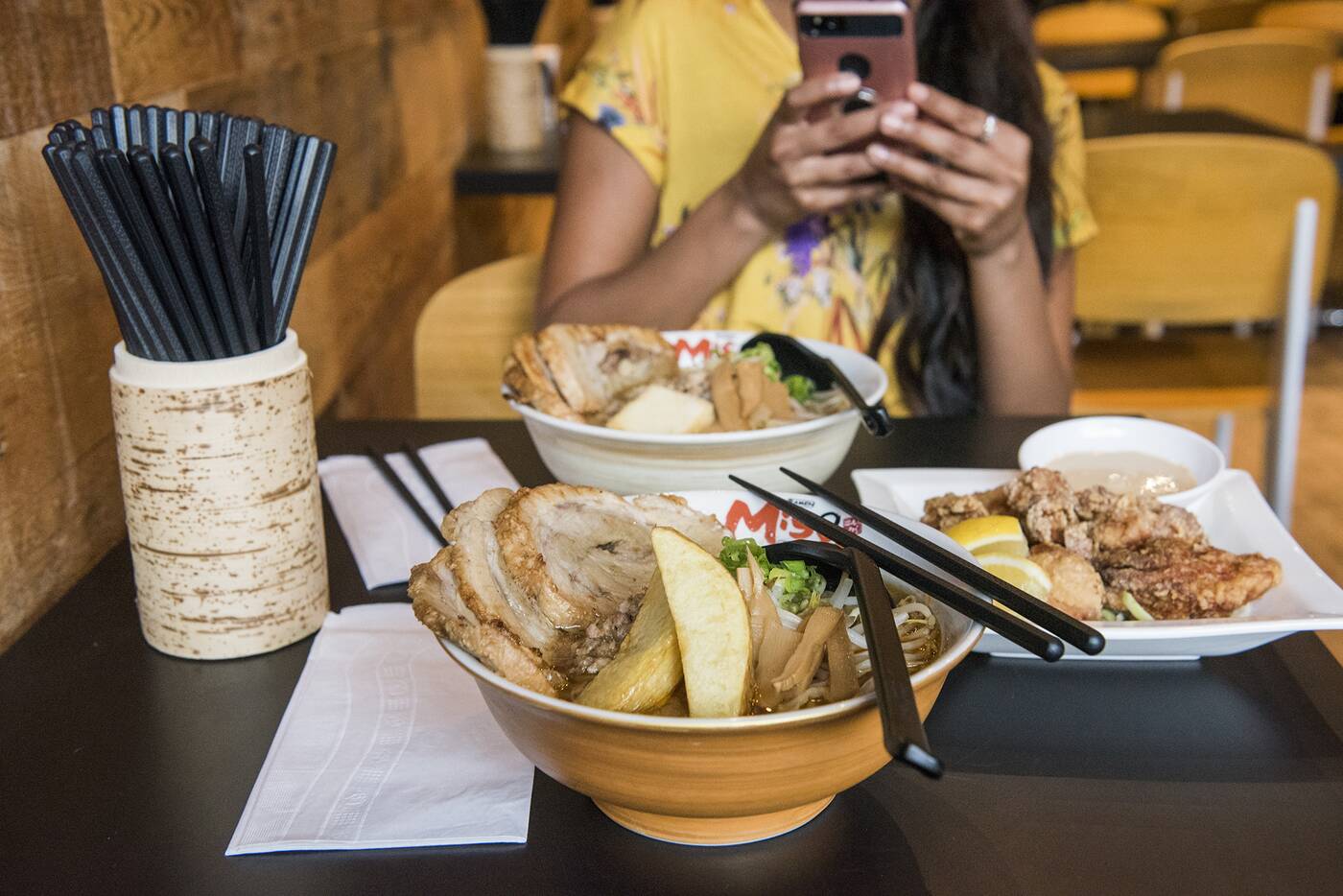 The menu is divided into two types of miso soup bases: Silver Shiro and Gold Kome. 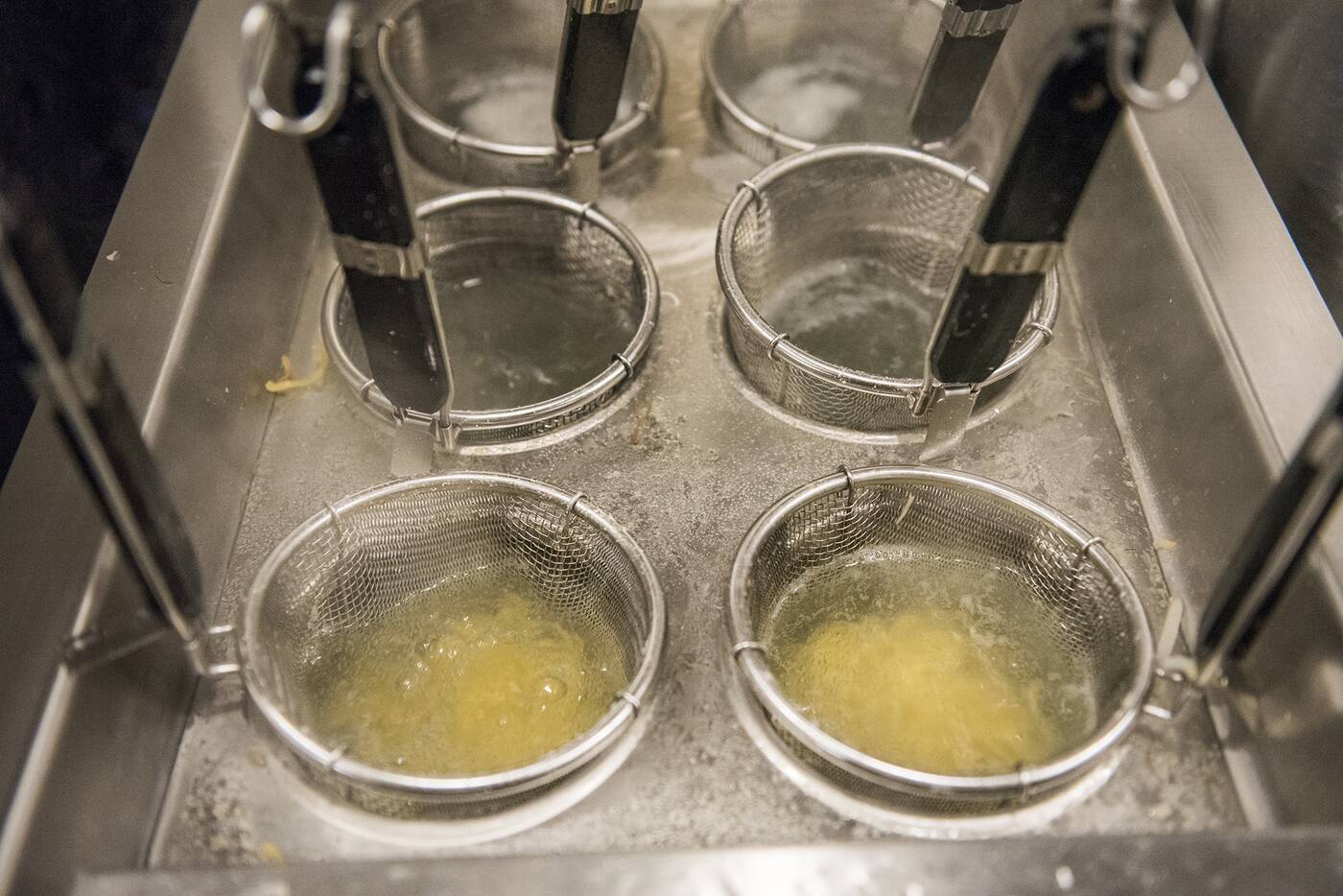 Both are made with soybean, fermented rice, and soy sauce, meaning that they're both technically kome miso. The distinction here is where the miso comes from. Gold kome miso comes from Hokkaido, while the Silver variety hails from Tokyo. 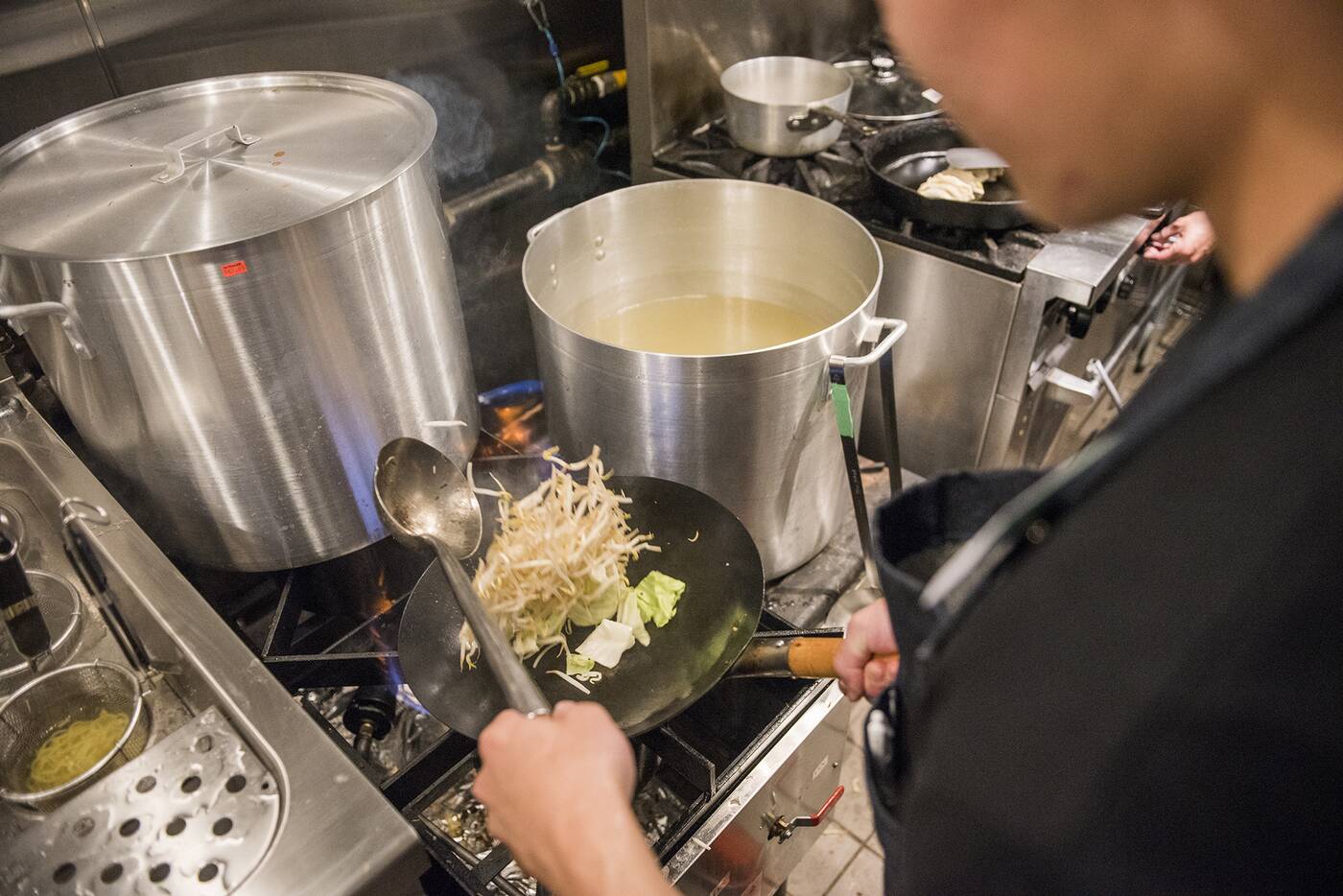 A basic bowl of noodles of either flavour comes with pork broth, veggies and minced pork for $12, with other options featuring more ingredients. 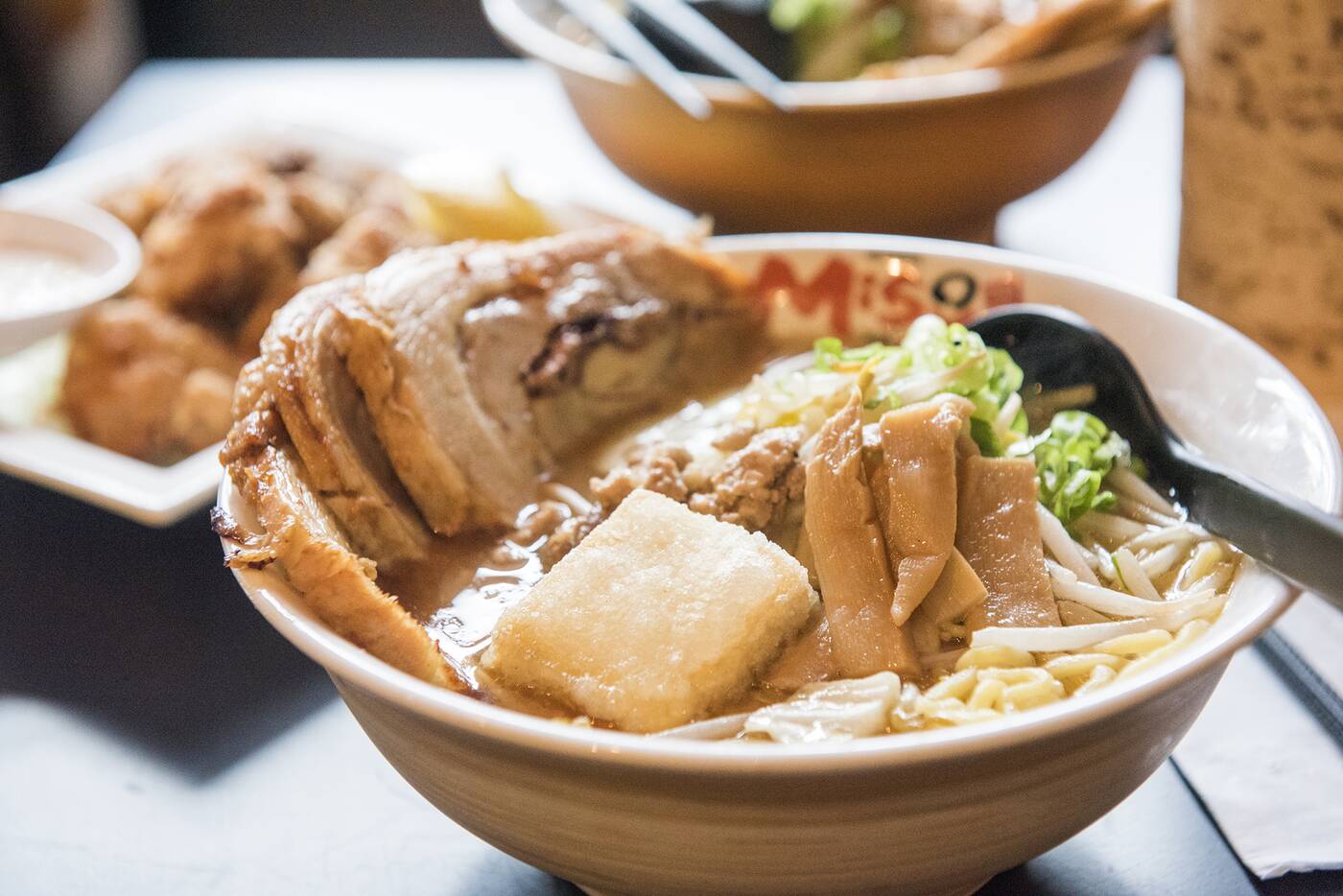 Silver miso is considered the lighter flavour of the two, and is slightly sweeter. You can get your bowl in several varieties, like spicy ($13.50) or with three slices of chashu for $16.50. 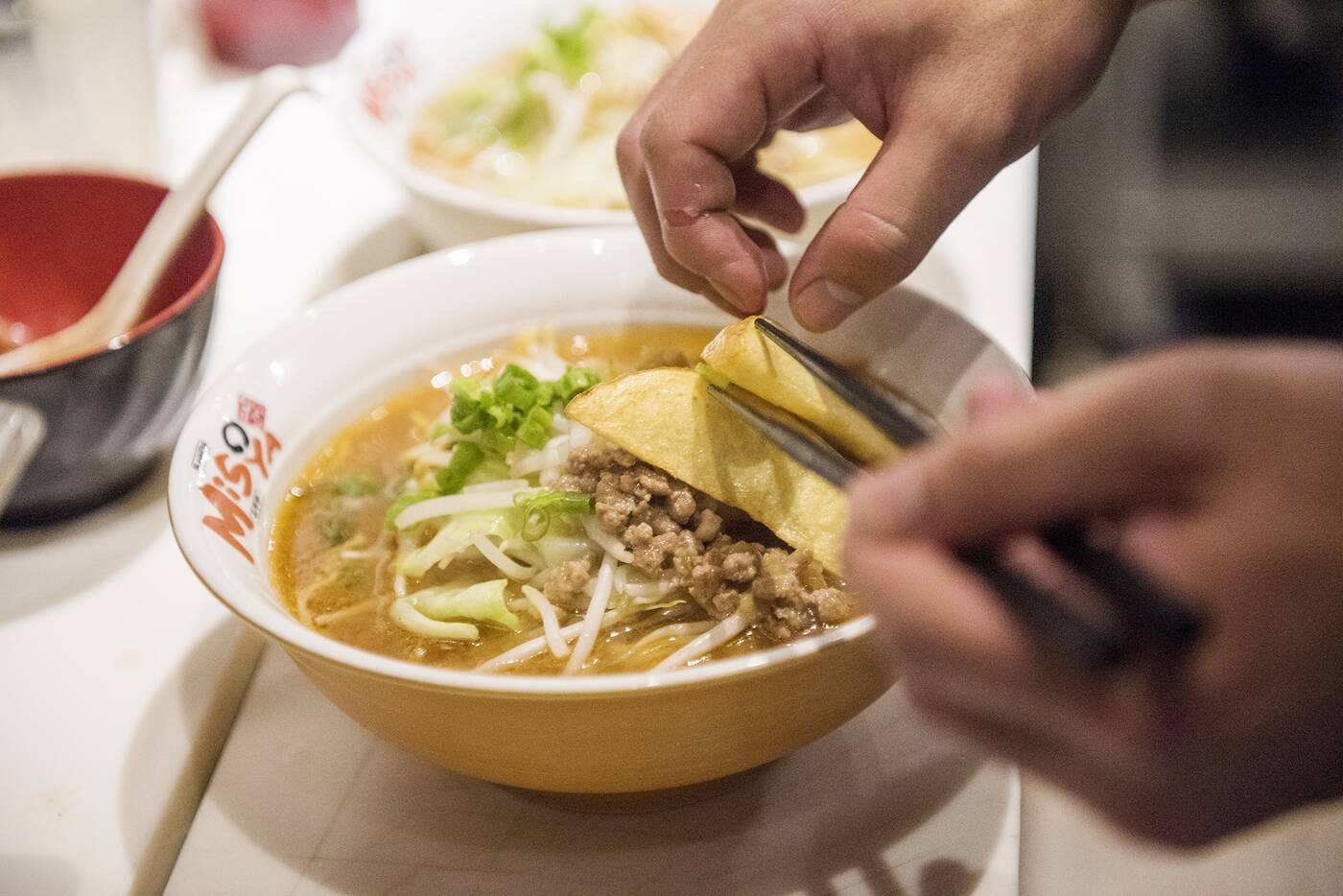 Regardless of which option you get, your bowl of shiro ramen will come with some tasty fried tofu, unlike the Gold miso, which arrives fried potatoes. 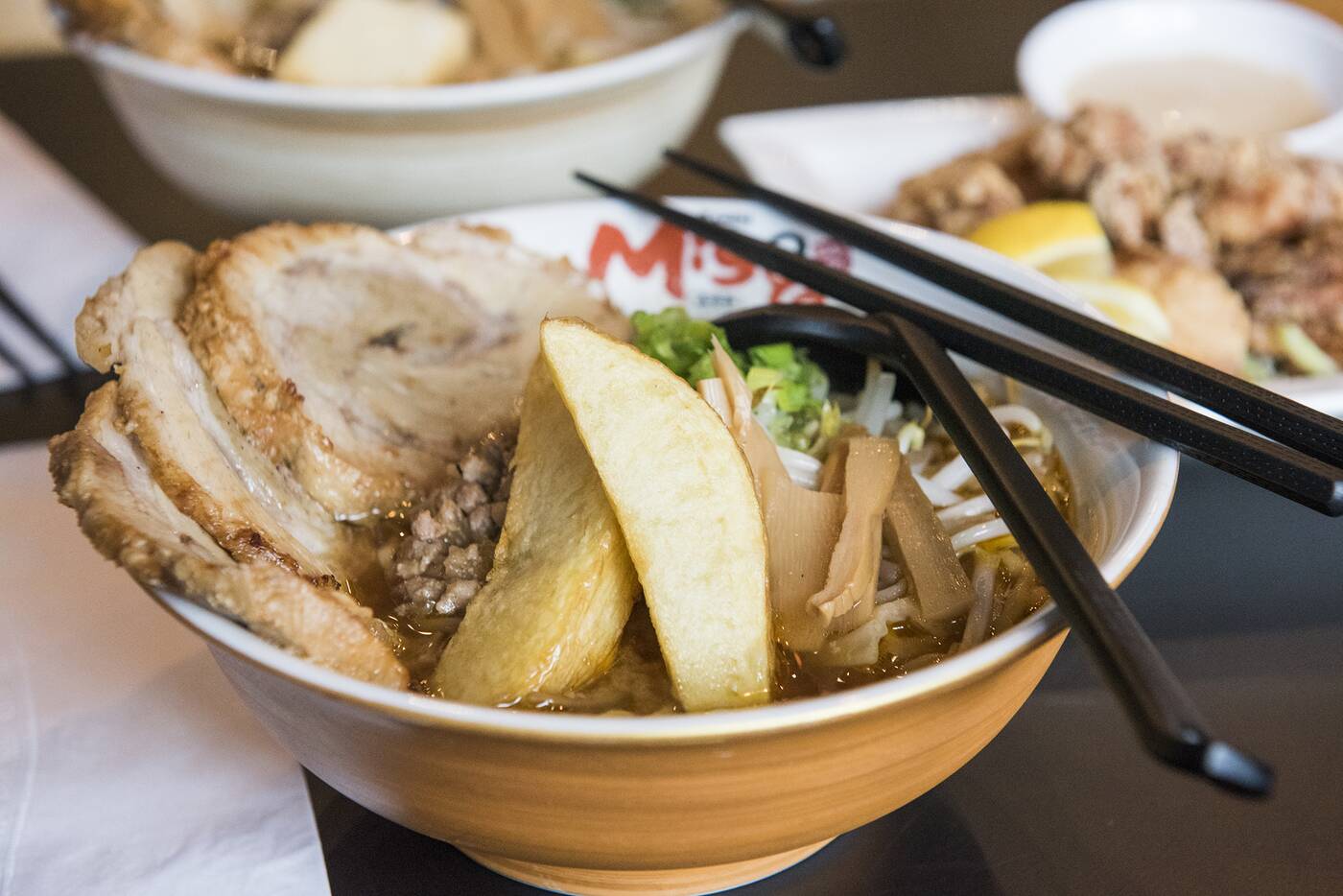 Gold miso is supposed to have a more intense flavour, though ultimately I think it comes down to tastebuds. The broth is definitely darker, with a slight hint of more spices (though not spicy at all). 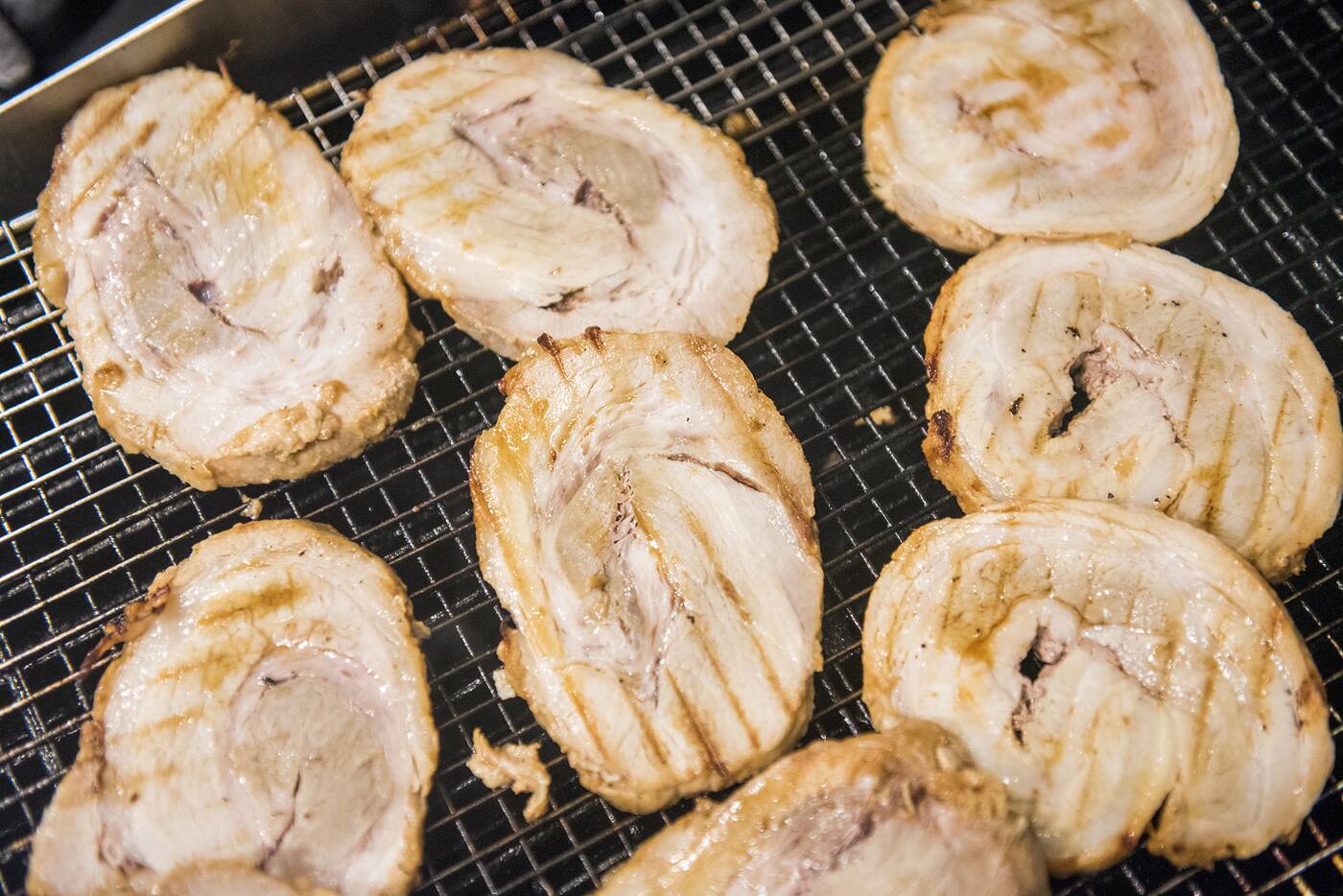 Future expansions of the menu will include more types of broth, like spicy miso, but in the meantime Gold and Silver miso remain the most popular orders at all of Misoya's locations. 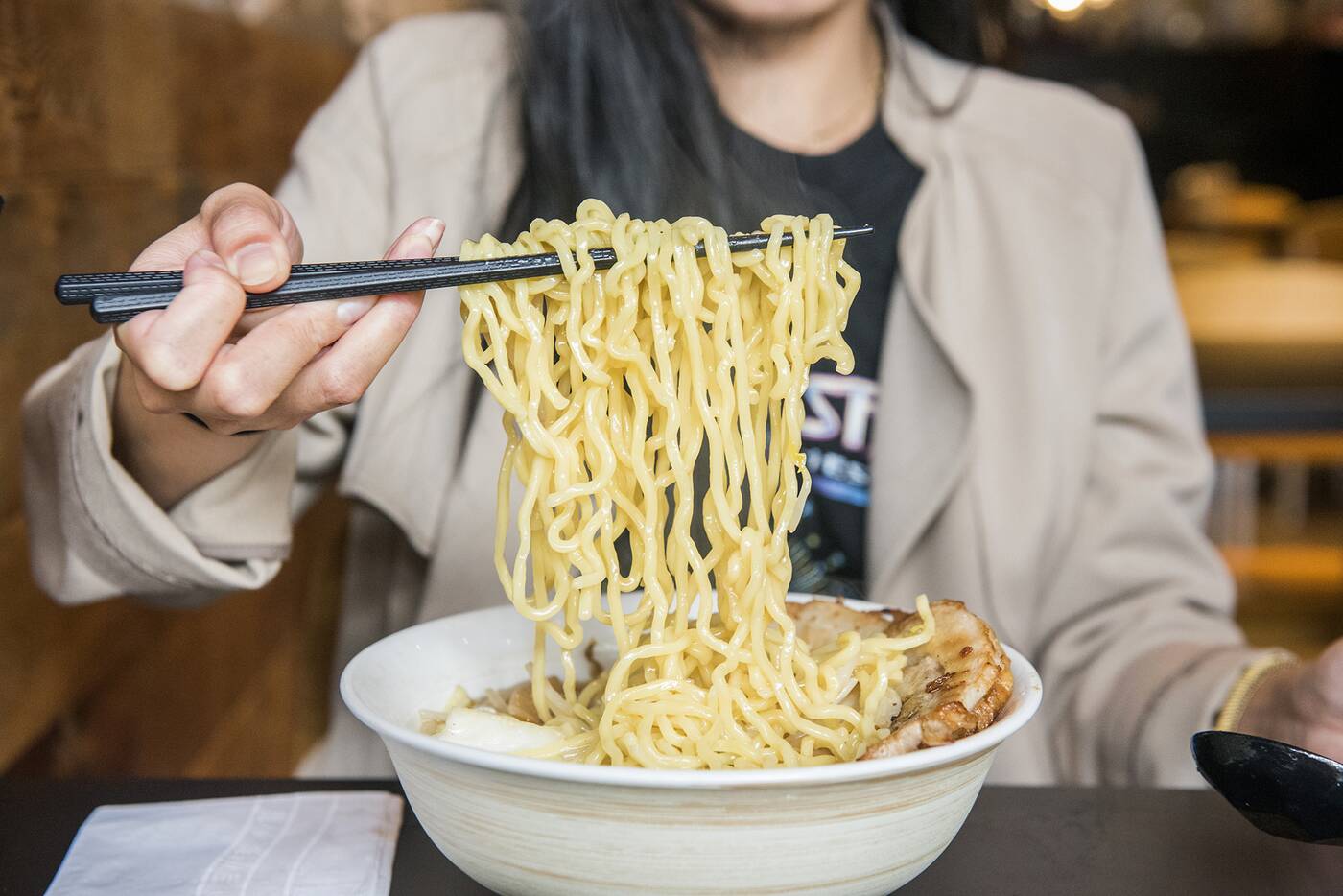 Overall, both options are really flavourful in their own way and the texture of the noodles is impressive, maintaining some good bite even after sitting in broth for a while. 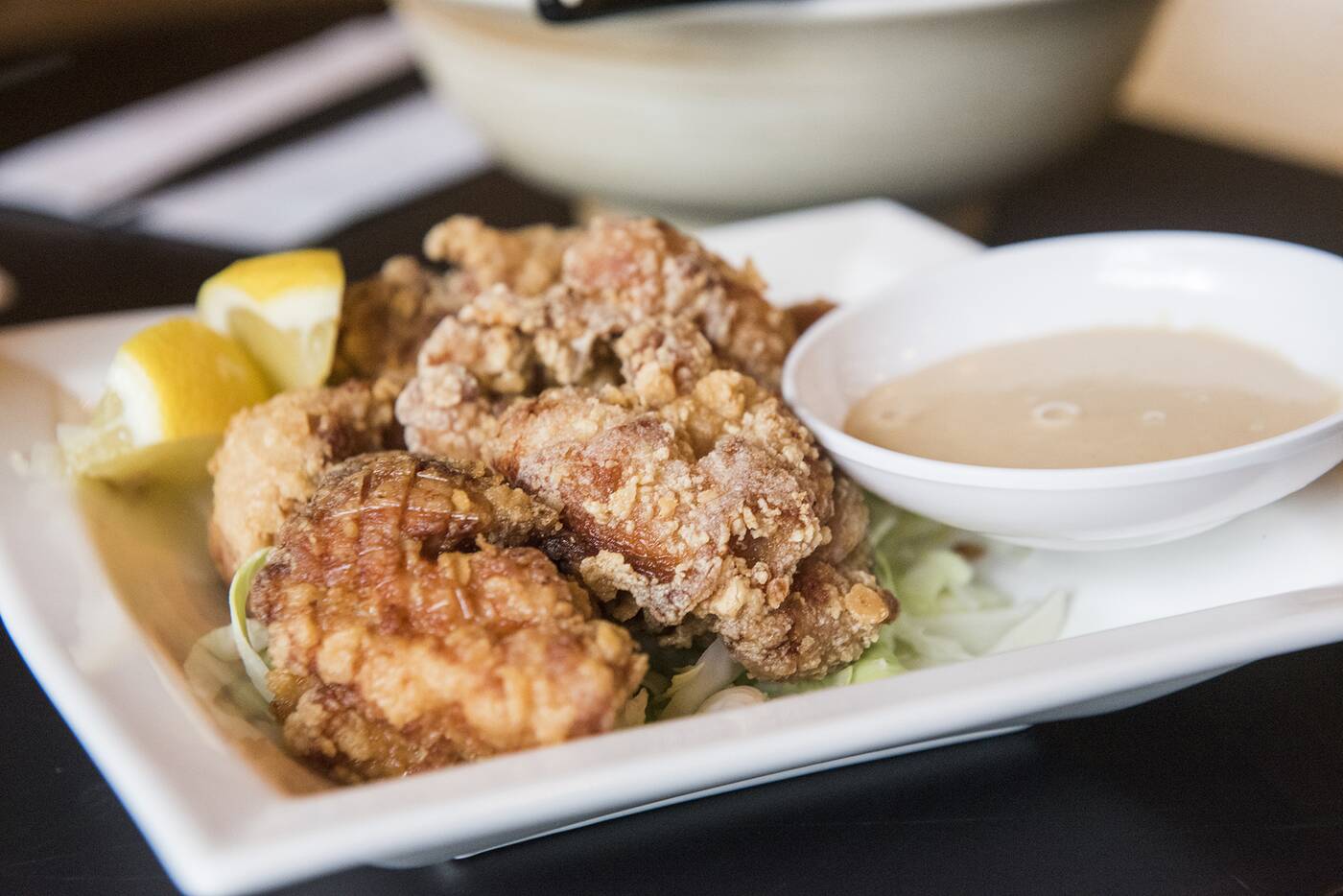 Sides dishes include your standard fare of chicken karaage with a side of miso mayonnaise (six pieces for $9, or $4.50 for three pieces). 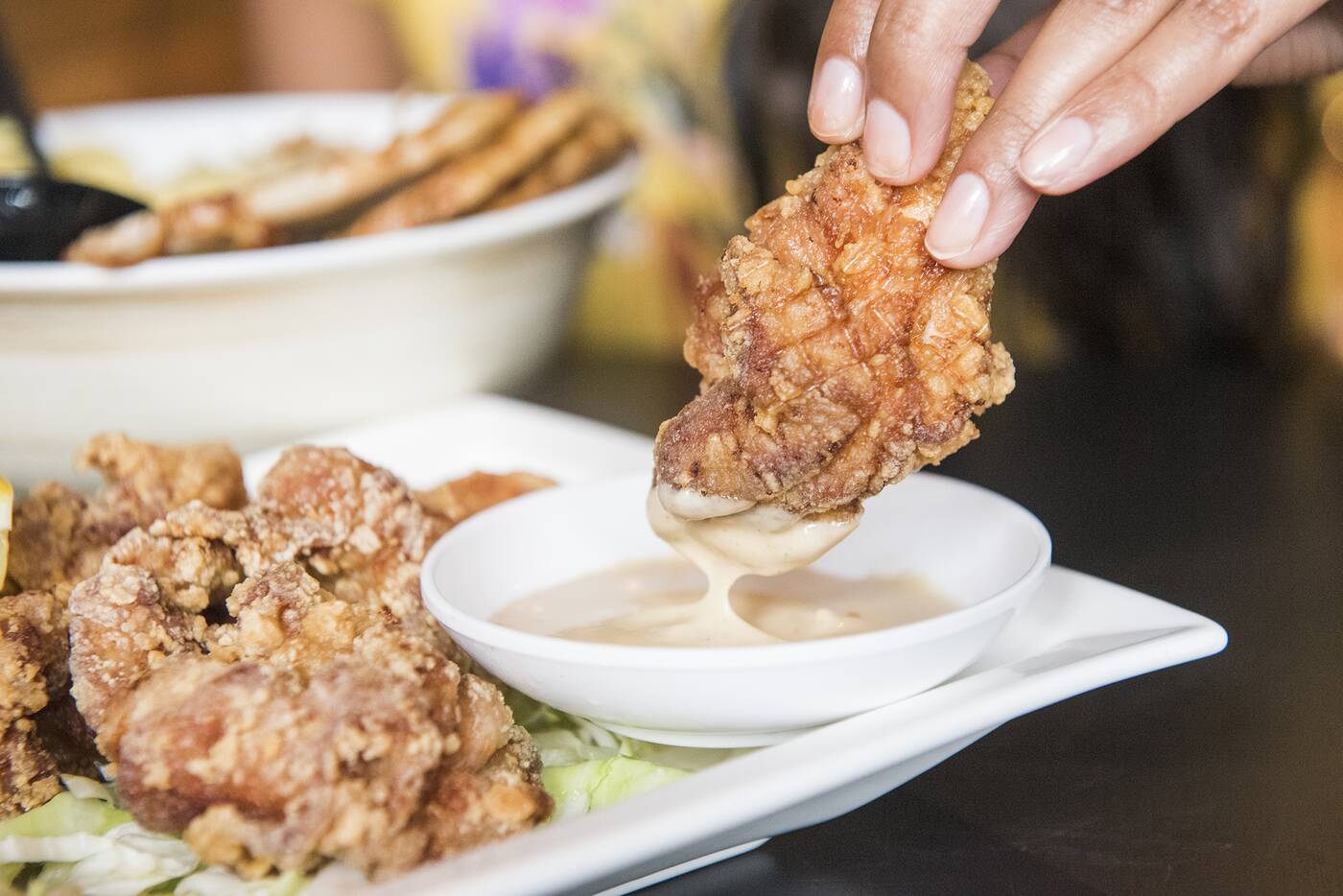 The chicken pieces are sizeable and juicy, with a decent amount of crispiness on the skin. 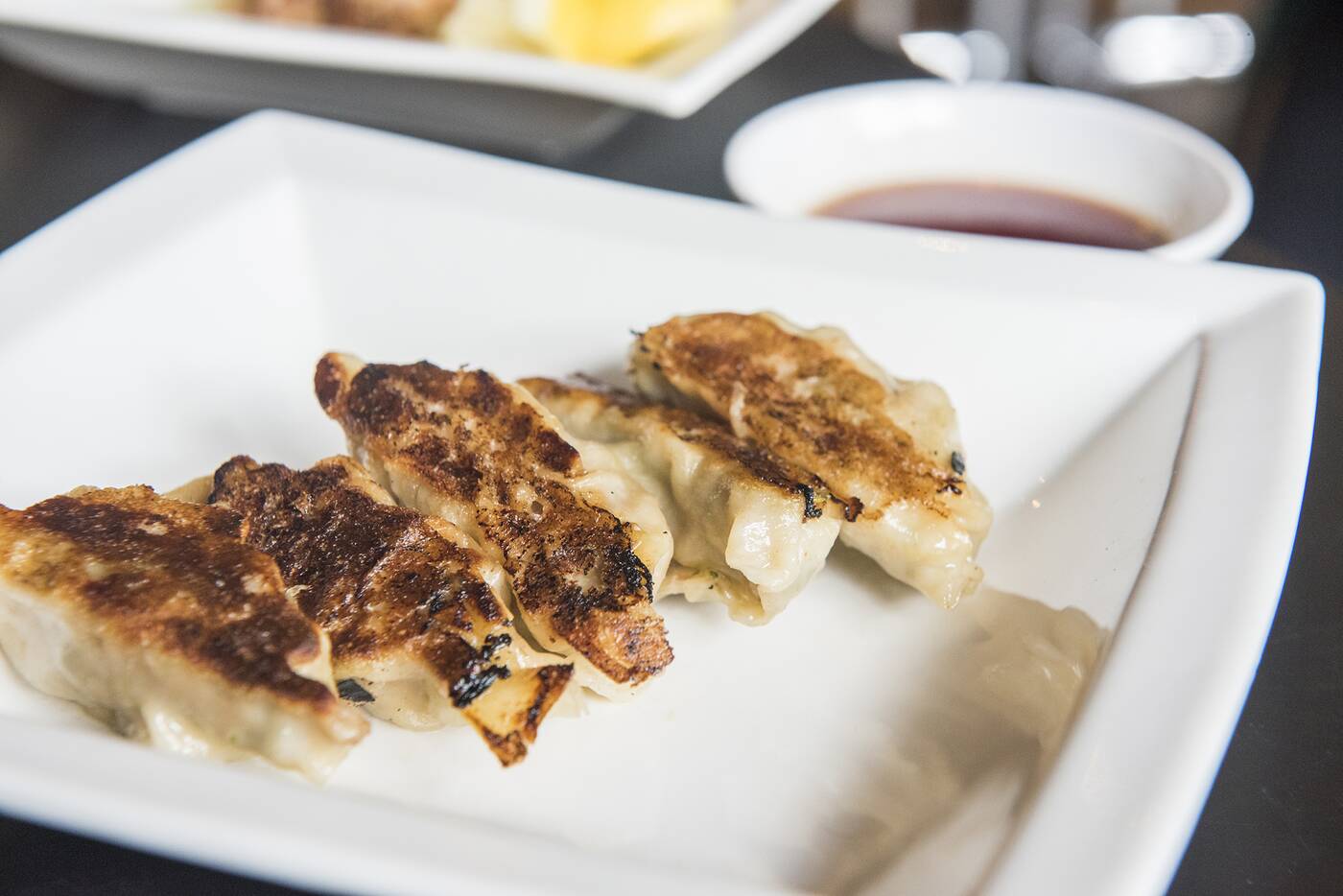 Orders of gyoza ($6) come with 5 pieces, and have more of a loose, boiled quality than the usual fried stuff I've had before.

Since it's hailed as the health food of the east, miso ramen is a good idea for anyone trying to switch up their Japanese noodle routine. At the end of the day you can't go wrong with more varieties of ramen in your life. 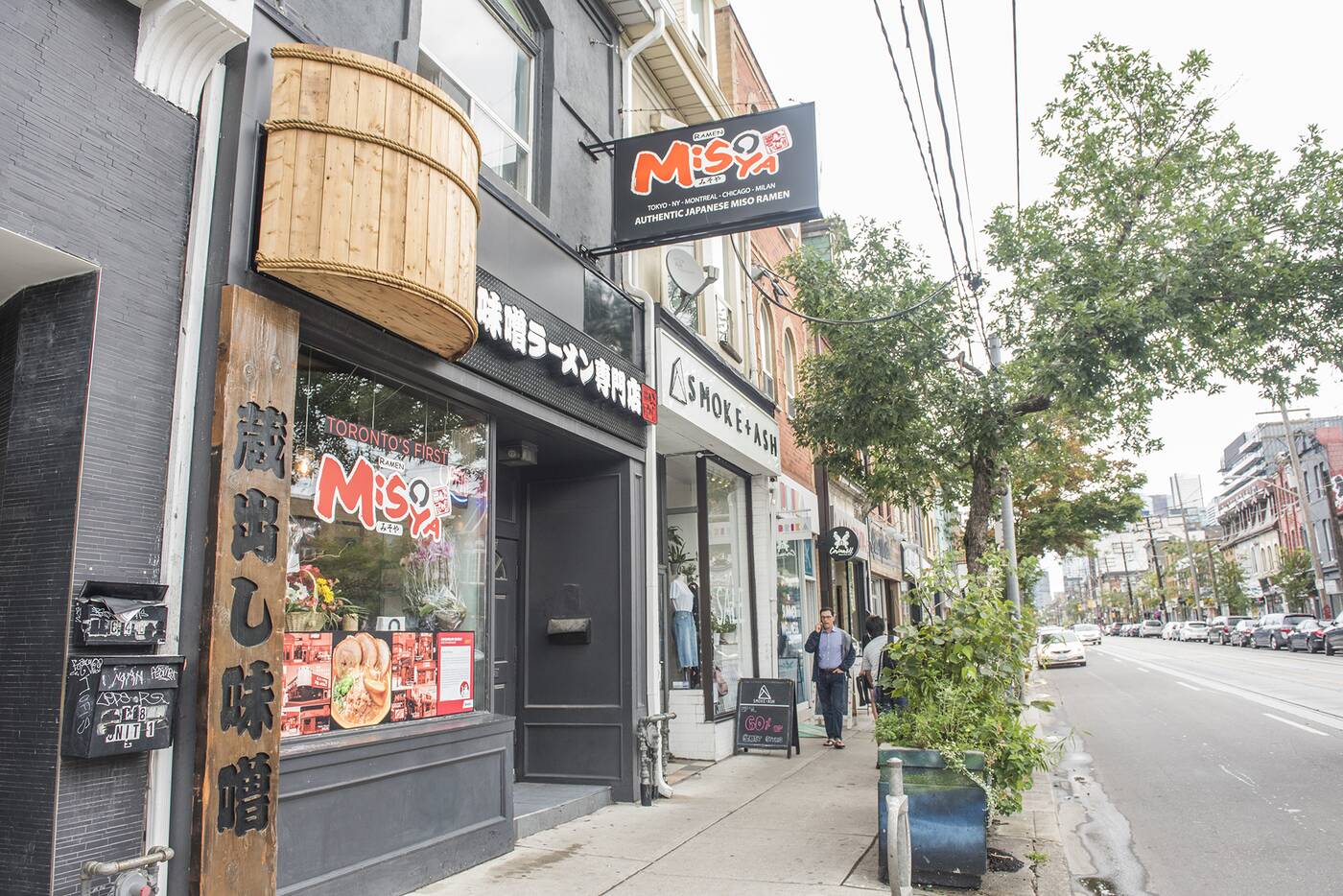