Touro Churrascaria is the newest restaurant specializing in Brazilian style Rodizio (AYCE) in the GTA. And when I say GTA, the A is amplified. Touro is located in a busy restaurant complex just a pinch outside city limits at highway 7 and the 404. First time restaurateur Michael Colangelo carefully planned the swank layout after gutting the spot from previous tenants Nava which shut their doors after a stabbing a few years ago.

Bringing sexy back to Richmond Hill? Well, I'm not sure it was ever there in the first place but the killer 3,000 square foot patio is a good start. Much like everything in the 'burbs, larger lots mean more space. Touro's patio features waterfalls, a fire pit and a Zen garden. The interior is just as gussy, with a stylish bar area featuring a self-serve (via pre-paid card) Enomatic wine dispenser, lava rock bar, panoramic floor to ceiling murals of Brazil and a massive dining area (as well as a private room) with custom tabletops featuring Touro's cowhead logo.

Imported from Rio de Janeiro himself, Chef Paulo Stadler oversees the many varying menus (seafood night Thursdays, game meat nights...) and executes a churrasqueira style rotation of meats, so leave the vegan at home and come hungry. I ambled up there for lunch ($24.95 for all you can eat) with a meat-minded friend and immediately began wishing I wore my finest sweat pants. 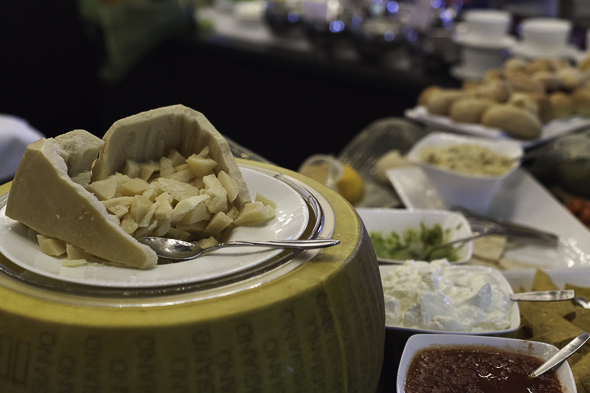 Ordering off the Rodizio menu ensures a steady rotation of gauchos (meat men) carving tableside, but before you hunker down for the all you can eat explosion, you're encouraged to hit up the salad bar (or appetizer island as they say in 905 slang). With cured meats, a wheel of parm, loads of salads and snacks it's easy to fill up on these leafy bits, but as they say, you don't win friends with salad . 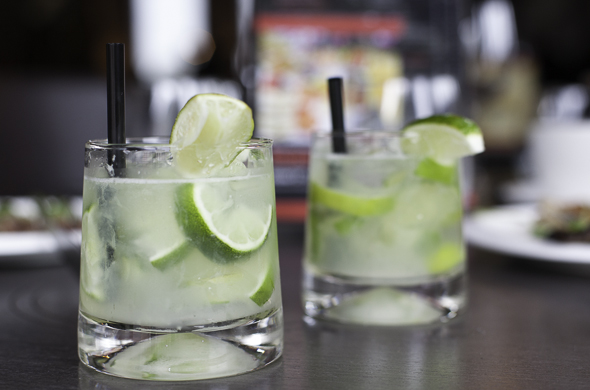 Flipping the disc from red to green lets the sword wielding chefs know you're ready for them. Their lunch menu features all your favourite farm animals; cow, pig, chicken and lamb all get rotisseried up into magical cuts of salty meat. The tongs are tricky to manage for some cuts; I ended up with a few slabs of meat on the floor but the gracious gauchos just grin and carve more. The signature drink of Brazil, the mighty boozy Caipirinha ($10) may have aided a bit in the meat tossing, but I'm not pointing fingers. 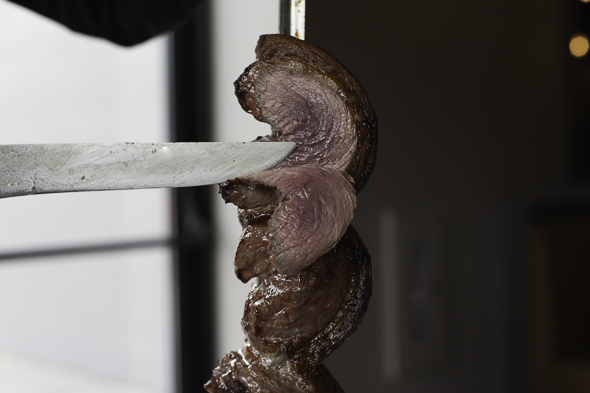 Highlights of the meal, before the meat coma took over, were definitely the Picanha, a rump roast cut of beef that's hugely popular in Brazil. Thinly sliced tableside, medium rare to rare is how it's presented, leaving a seductively salty pool of meat juice behind.

Lamb was equally delicious, with a giant leg carved sliced also medium rare and charred on the tips. Chicken wings were tasty too; the skin was crispy and succulent. I just wish there was some dips or sauces to help the meat slide down faster. 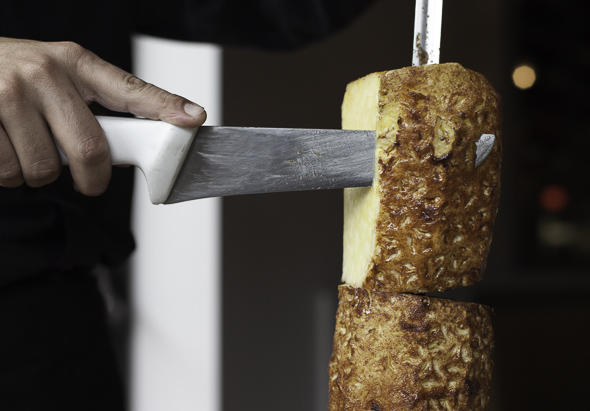 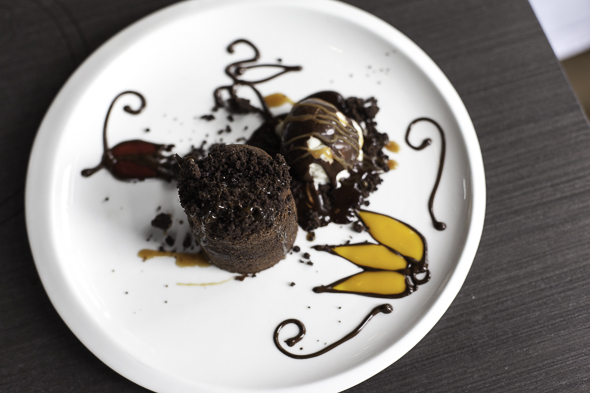 With everything made in house, I splurged on dessert and ordered up the Lava cake ($10). Usually lava cakes are frozen pucks heated to order, oozing out liquid chocolate, and while this was very much the case; the brownie like exterior didn't suffer the same fate as their frozen compatriots. The chocolate was moist and decadent, with the right amount of gooey awesomeness that this supremely rich dessert invokes.

The accompanying ice cream was coated in caramel and more chocolate and the delicate patterns of flowers contained the fruity mango and raspberry coulis that not only made for a saucy presentation, but also a nice bit of balance. A cappuccino ($4.50) helped wash away the sugar bugs that were carving holes in my teeth. 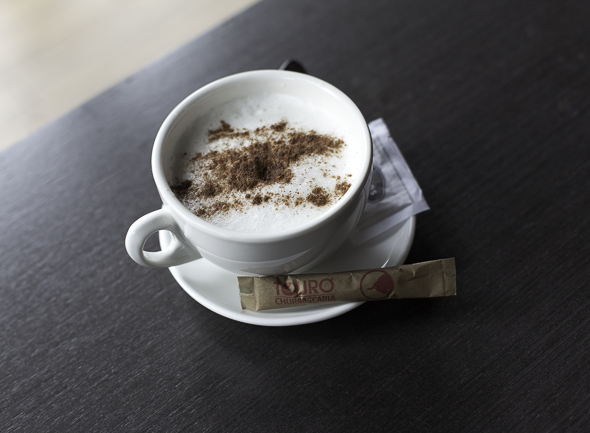 So if you've never been to where Keswick likes to party, steal your co-workers VIVA buss pass (remember it's only one bus after Finch!) and stretch those legs beyond Steeles. Touro accepts reservations and has a private dining room. It's wheelchair accessible.