Baju at the Monarch Tavern

Baju at the Monarch Tavern is the newest venture by Zane Caplansky , Toronto's smoked meat maven, who has built something of an institution with both his celebrated deli and his ubiquitous blue truck . It feels like a distant memory now, but he got his start cooking in this tiny, box-like kitchen at Clinton St.'s Monarch Tavern .

Since he departed for greener pastures, the Monarch has transformed the downstairs event space into a snazzy venue with regular jazz and DJ nights, but the upstairs bar has remained in a constant state of flux, with a mixture of pop-ups, guest kitchens, and sometimes, basically nothing - allowing customers to wander in with a slice or sandwich from Bitondo's across the street. 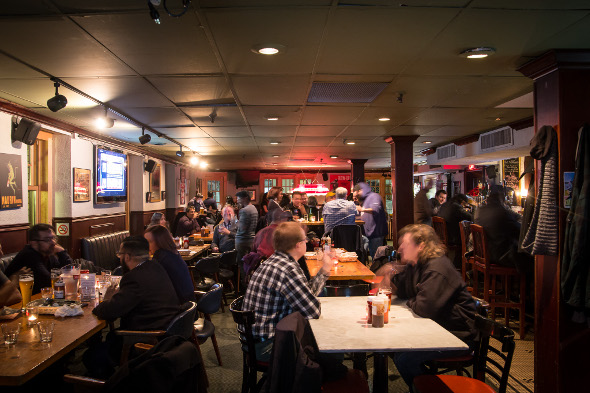 And so the prodigal son saw an opportunity for a return, of sorts. Zane has overseen the development of a BBQ concept (managed on a day to day basis by chefs Dan Green and Kyle Wyatt) with the hopes that it'll return the pub back to the same heights of popularity it enjoyed during his last stint there. 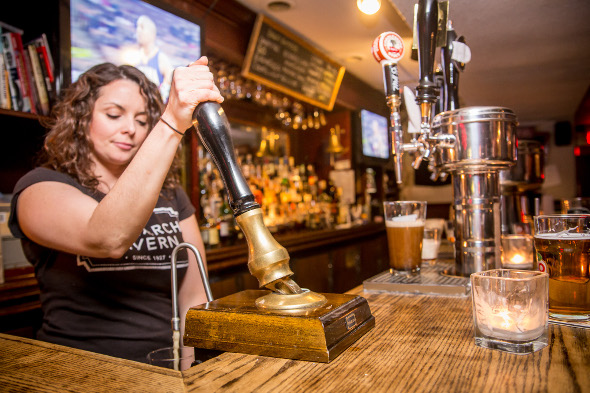 The menu sticks to BBQ essentials like side ribs and brisket, with staple sides such as cornbread and collard greens. While everything is available a la carte, there's a pig out option ($55) that gives you most of the stuff on the menu.

With no shortage of rock solid options in Toronto for fans of southern-style cooking (Stockyards, Barque, Electric Mud are a few names that come to mind immediately), there's not a whole lot of room for error with any new spot that tries to join the fray. Unfortunately, Baju's food isn't worthy of being mentioned in the same breath as any of those spots. In fact, it doesn't even seem worthy of leaning on Caplansky's reputation to drum up interest. 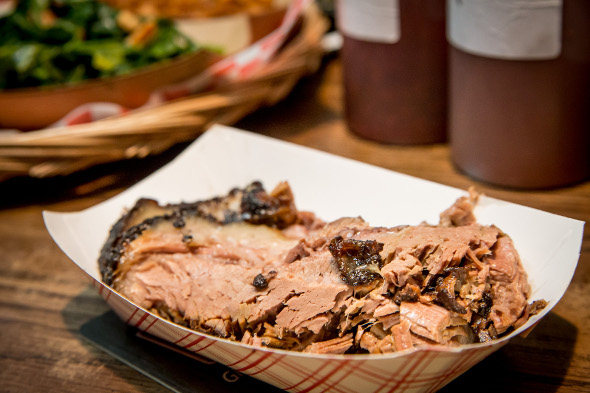 With only four meats and five sides to choose from, it was easy to work across the whole menu. Starting with the brisket ($9 per 1/2lb, $17 per lb), we were faced with a plain and greasy cardboard tray of under seasoned beef. Under seasoning is a bit of a theme here at Baju, so visitors are actively advised to rely on one of the three BBQ sauces on offer to get some flavour into their food. The Original sauce is made with tomatoes and dark chocolate, but unfortunately did nothing to help the brisket. 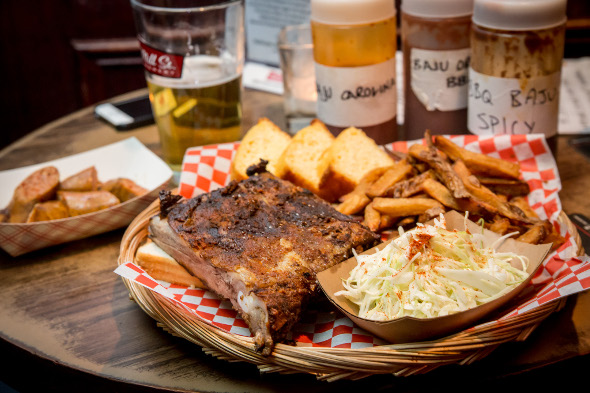 Ribs ($9 / $17) are served dry, and were probably the best thing we tried. Served on top of a slice of Wonderbread, they were moist and juicy, but again completely underseasoned. Worse still, there was a faint chemical odour to the smoke, which was there across all the meat. I can't be sure whether its the wood chips being used or something else, but it was an unwelcome addition.

Pulled pork ($8 / $15) is another flavourless offering. Unfortunately the recommended Carolina sauce is no more than a reduced apple cider vinegar, and even a liberal helping couldn't raise the meat from being a plain chore to eat. 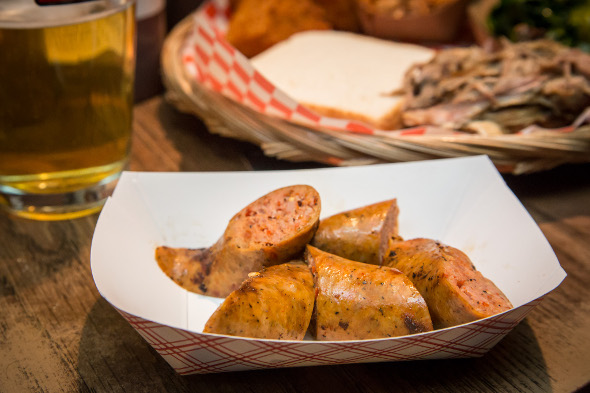 The sides (all $4 / $9) were all a pretty serious let-down too. The deep-fried mac 'n' cheese bites were all mac, while the coleslaw was another victim of that criminal underseasoning, with nothing to taste beyond cabbage. The cornbread, however, took top billing for biggest waste - utterly bone dry, it needed to be slathered with the provided pack of butter. The collard greens with bacon sounded tempting, but the bacon was added as an afterthought, leaving the greens tasting of, well, greens. A sad day for southern cooking indeed. 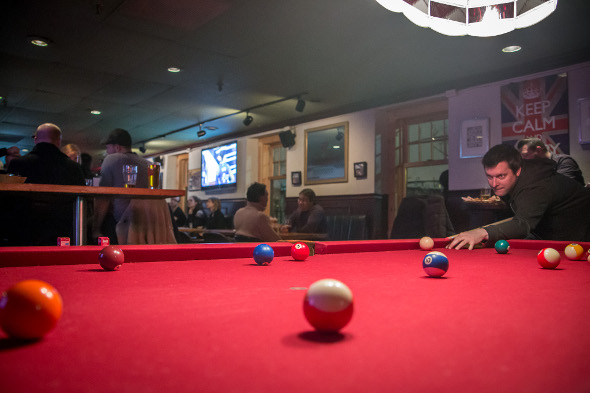 It's still early days for Baju, yet after Monarch owner Michael Dorbyk had spent so much time trying to recreate the magic of the original Caplansky's, I can't help but feel that unless some fundamental surgery is performed on the recipes, it's not going to be any more than another footnote in the pub's never-ending transitional phase. 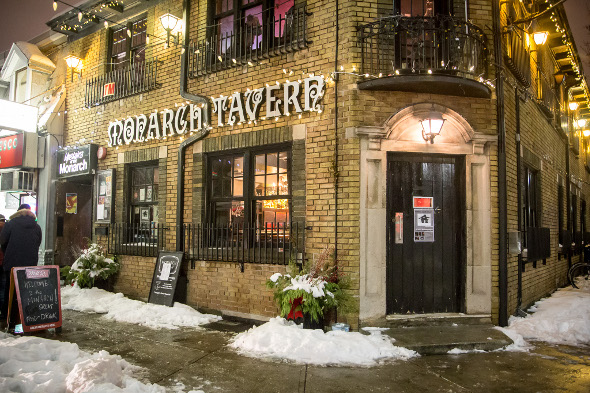