The Annex Hodgepodge, a new take-out eatery in, you guessed it, The Annex , encapsulates the spirit of its host neighbourhood perfectly. Serving a mix of high-brow, low-brow, old-world and trendy treats, it has something for any of the motley groups who share this downtown hood: budget-bound students, old-money householders, health-nuts, vegetarians, gourmands and all combinations thereof.

I arrived on a sunny afternoon with two friends, discovering that the service inside was as bright and cheerful as the weather outside. Our server regaled us with delicious soup and coleslaw samples and anecdotes from the menu (the coleslaw recipe is 5 generations old!), teaching us that pretty much everything here is fresh, tasty, and comes with a smile.

We would've liked to have stayed and enjoy the good vibes, but with only a take-out counter and 4-seats on the narrow sidewalk, we left to enjoy our meal on a friend's nearby rooftop instead. 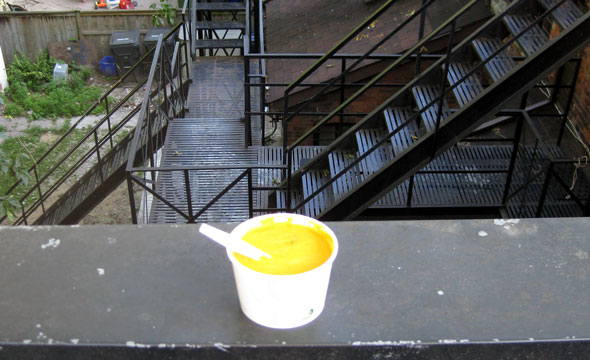 The meal started well, with a carrot-ginger soup so creamy it belied its vegan origins, and spinach salad topped with cranberry, brie and sugared-pecans. The soup offered a lingering ginger aftertaste and the salad a sweet prelude to the savoury mains. Both dishes were healthy, hearty and flavourful. 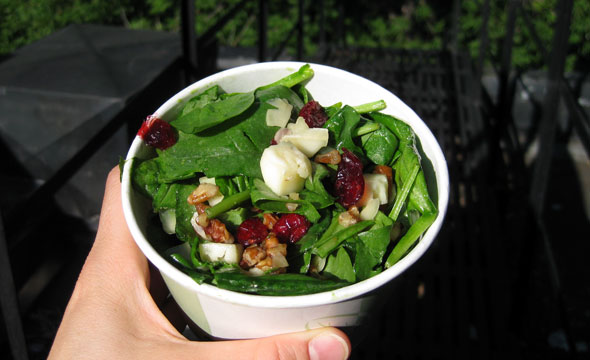 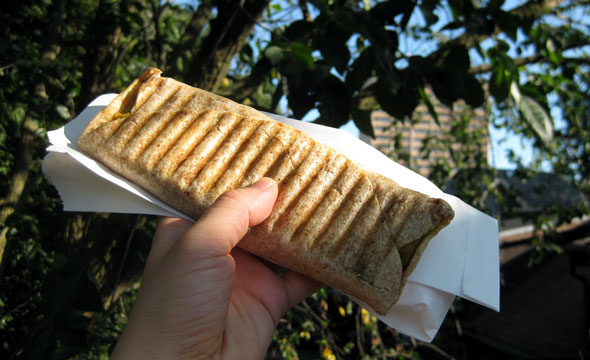 Two of us ordered rotis, choosing Caribbean and East Indies styles respectively. Served on whole wheat shells, these-ready-made rotis were given a press in the Hodgepodge's grill before being sent home with sides of tangy tamarind sauce. With crispy shells, soft potato and complex spice blends, both rotis exceeded our expectations for a $2.99 ready-made meal. We preferred the spicier Caribbean roti to the pea-laden East Indies version, agreeing that both were enticement enough to return and sample lentil, chickpea and adzuki sesame varieties too. 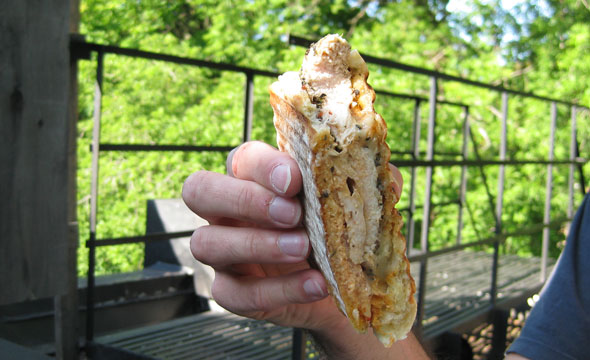 With healthy treats that can meet the gourmet flavour expectations of the wealthy and the budget requirements of the frugal, the Annex Hodgepodge proves itself to be a little gem that knows only one class: flavour. 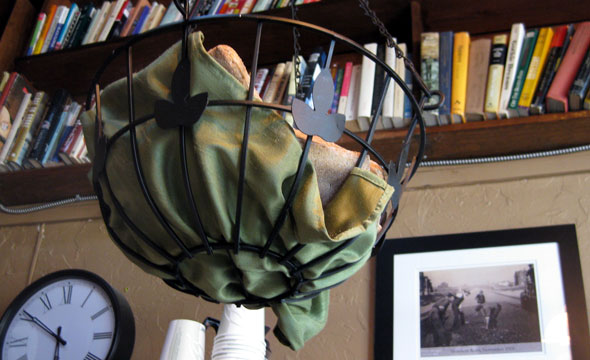