In one fell swoop, developers intend to demolish 20 different Toronto buildings to make way for one of the biggest commercial mass-construction projects in Canadian history.

I'm talking, of course, about East Harbour, a master-planned community set to rise just east of the downtown core on a 60-acre site currently occupied by the decommissioned Unilever Soap Factory.

Built in 1890, the massive factory at the foot of Toronto's Don Valley Parkway has been closed to the public (save for some private events and video shoots) since it was purchased in 2012 by First Gulf.

Cadillac Fairview (the property management firm behind some of Toronto's biggest malls and retail complexes) purchased 100 per cent of East Harbour in 2019 and vowed to "sustain the momentum toward realizing the vision of a vibrant new employment and entertainment destination for Torontonians."

The goal has long been to create a large mixed-use commercial district at the site with ample employment and retail opportunities — a walkable, bikeable, transit-connected commercial hub capable of accommodating more than 70,000 workers. 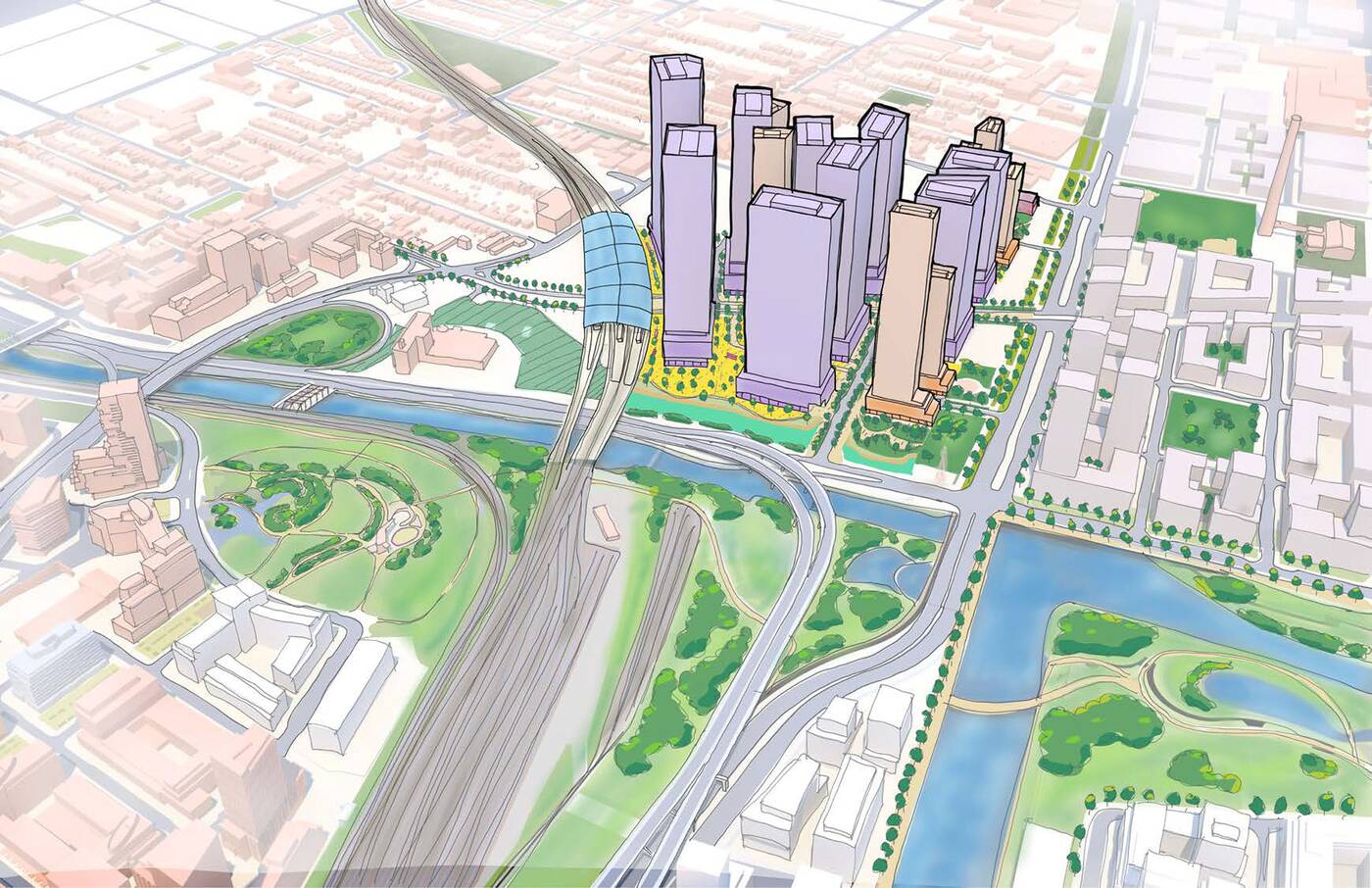 The East Harbour development will be anchored by a new multi-modal transit hub. Image via Cadillac Fairview.

City Council approved plans for a whopping 10 million square feet of retail, office, hotel and cultural space at the old soap factory site in 2018. A residential component was pushed forward by the provincial government in April of 2022 and is expected to create about 3.25 million square feet of living space within the development. 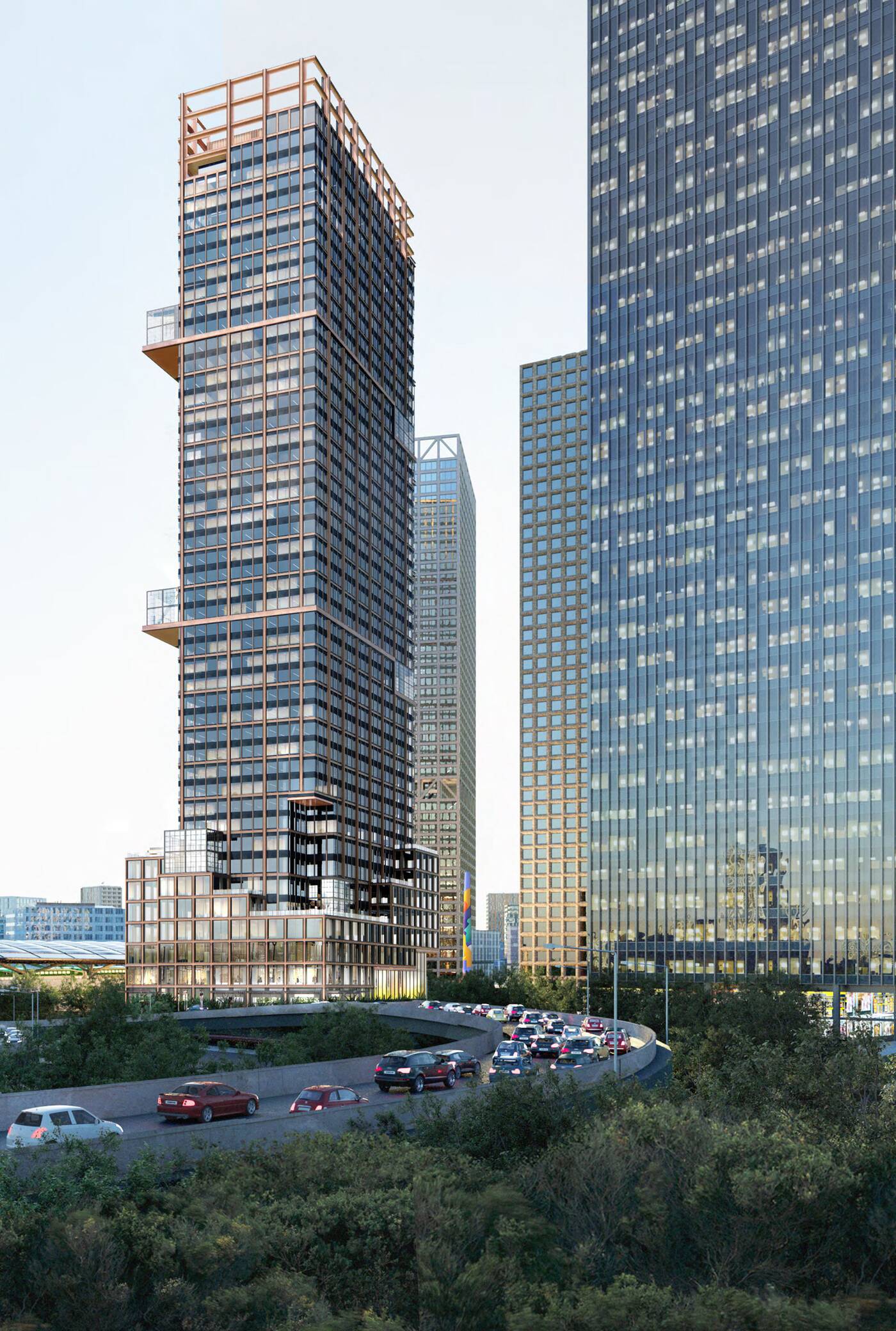 The East Harbour development is expected to serve as a second downtown core for Toronto, employing and housing nearly one million people across 60 acres of industrial land. Image via Cadillac Fairview.

Bordered by Lake Shore Boulevard and the Don Roadway, the project's master plan also includes close to nine acres of green space with a network of plazas, streets, sidewalks and open recreational spaces sprawling up from Toronto's eastern waterfront.

CF submitted an application this summer to build a 44-storey office tower (with retail at the base) to kick off the first phase of the East Harbour development, but we have yet to see any action in the area.

Despite the efforts of heritage advocates who want to preserve the iconic plant, it appears as though this could soon change.

You see, the proposed building, known only in plans as "1B Office Tower," is slated to rise where the former Uniliver factory at 21 Don Roadway currently stands.

Renderings do not suggest that any existing structures on the site will be incorporated into the massive gleaming tower, and a new demolition request all but coonfirms that developers want to move forward with razing the property. 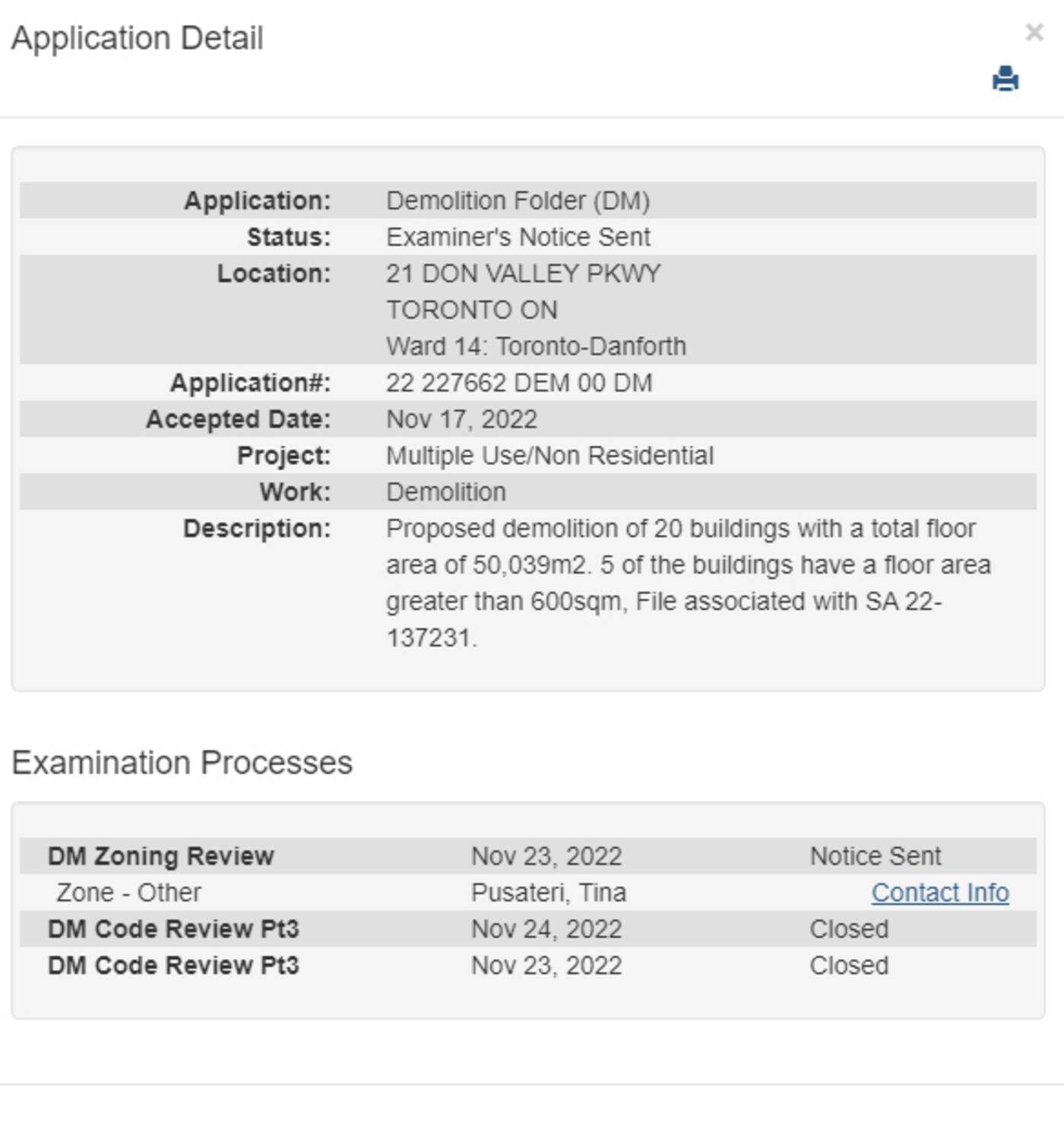 Submitted in November, the application for demolition work proposes getting rdi of 20 buildings with a total floor area of 50,039 square metres.

Five of the buildings are said to have a floor area greater than 600 square metres. Few details have been made public regarding which existing buildings are involved in this phase of the project and when they're targeted to be torn down, but heritage advocates are concerned.

Today @EastHarbourTO. Owners @CadFairview are seeking demolition permits for all these buildings, totalling 500,000 ft.² Urbanistically, economically, environmentally, this project makes no sense to me. pic.twitter.com/X34InlhBe6

"The East Harbour can be redeveloped without this demolition. Everything in this thread & sub-thread is right," wrote one Twitter user when sharing a thread about the demolition by The Globe and Mail's Alex Bozikovic. "Bad planning in the name of progress is peak Toronto. It's got to end somewhere."

"Keeping this building would be a major opportunity to keep the development interesting - perhaps one of the few opportunities, if the existing plans are to be believed," wrote another in the Twitter thread.

"The whole site looks in danger of becoming another standardized nonplace, another warren of dull mirrors."