Toronto could have a completely reshaped downtown over the next 15 years. In the same way that South Core pushed heavy commercial and retail development below Front St., a mega project on the former Unilever site at the foot of the Don Valley Parkway will pull the core of the city east. 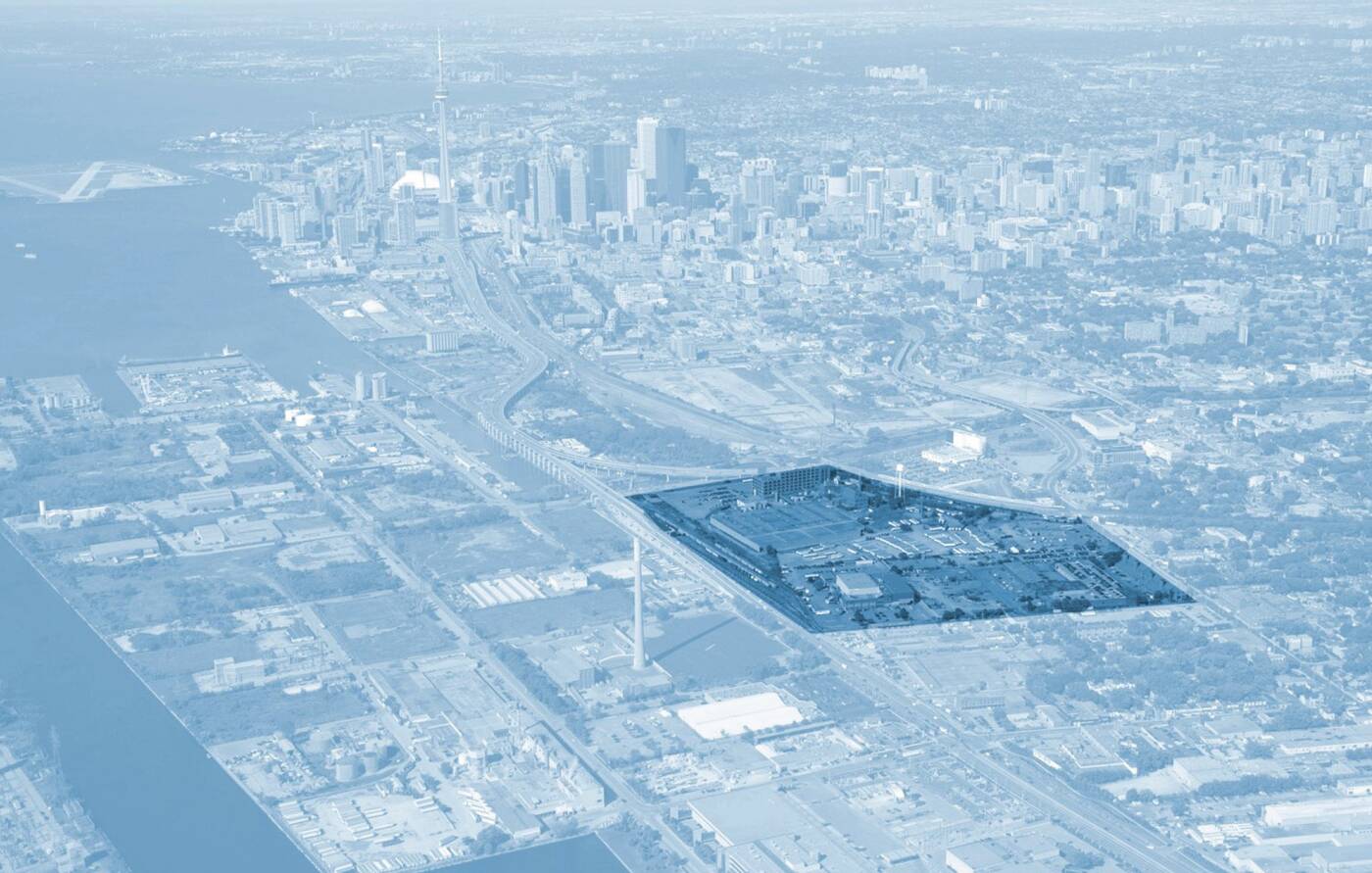 The plans for what's known as East Harbour have been in the works for some time, but only recently has the full scale of the project come to light in the wake of supporting documentation filed with the city. It reveals that beyond the transit and commercial priorities of the development, the retail component is going to absolutely huge.

Well, to step back for a moment, everything about this project is huge. Set upon some 60 acres of land, it would represent one of the largest master developments Toronto has witnessed. The proposed transit hub would integrate GO train lines, a streetcar route, and possibly a relief subway line if we ever get such a thing built. 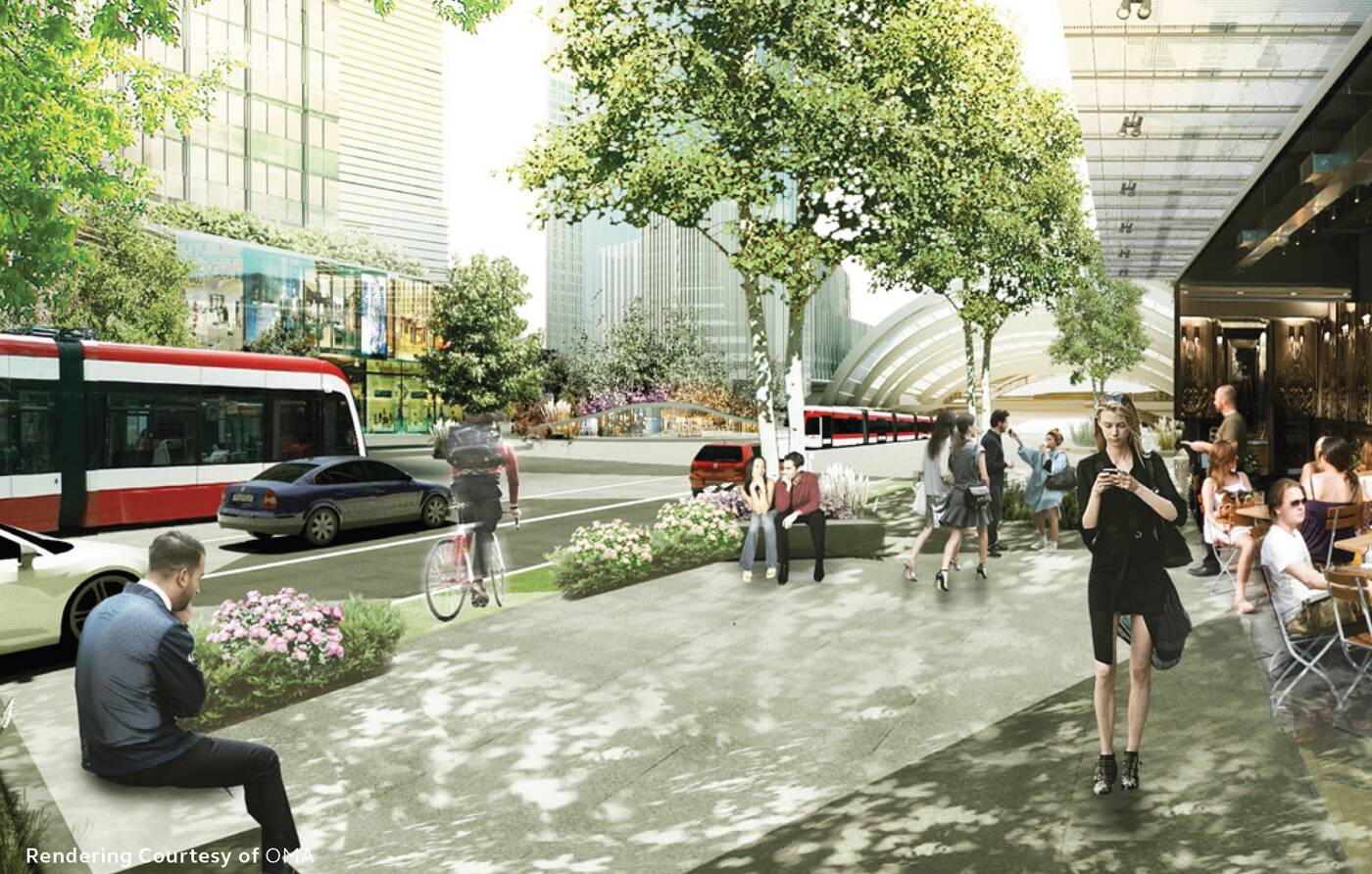 Right now, there's 11 million square feet of office space proposed for the site, spread over a number of towers. Yes, that's right. This isn't more condos. On the contrary, this is the place where developer First Gulf hopes that residents in places like the East Donlands and Bayfront will come to work, eat, and shop.

There's already been considerable buzz about the very European-looking concept drawings of the transit hub, which would curl along existing tracks with a huge, multi-layered glass shed. It's the type of building Toronto's always dreamed of having, and would help to take strain off of perpetually busy Union Station. 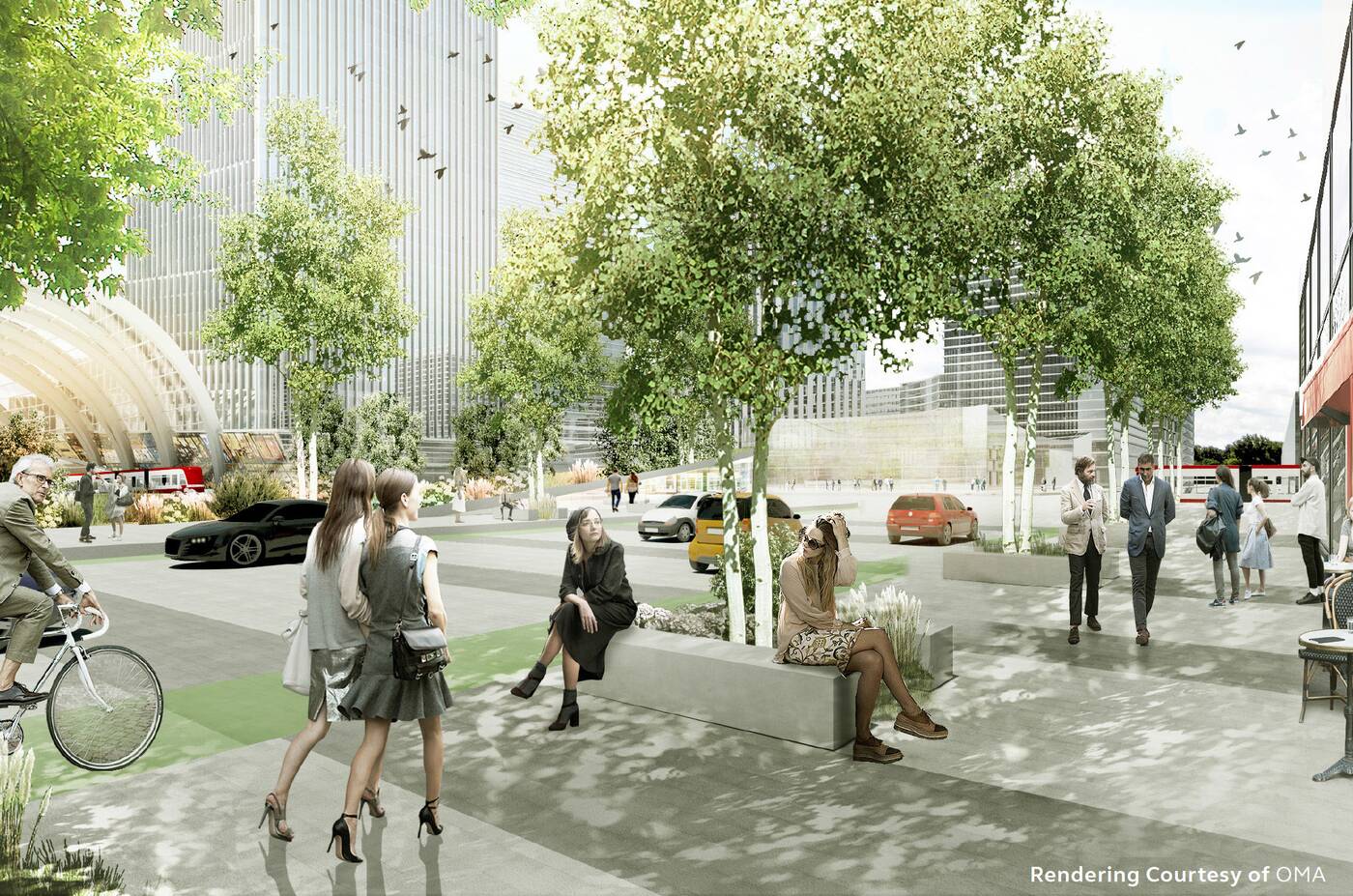 But the retail concepts are also fascinating to consider. The proposal calls for a whopping 2 million square feet of retail to be placed on site, which would be divided in half between shops and restaurants accessible only indoors (via the transit hub and various office towers) and stores with entrances from the street.

In other words, the goal from the start is to make this as far from a traditional mall or power centre as possible. The planning documents refer to this component as a retail market, which is meant to gesture to the way that shops and restaurants are spread across the site. 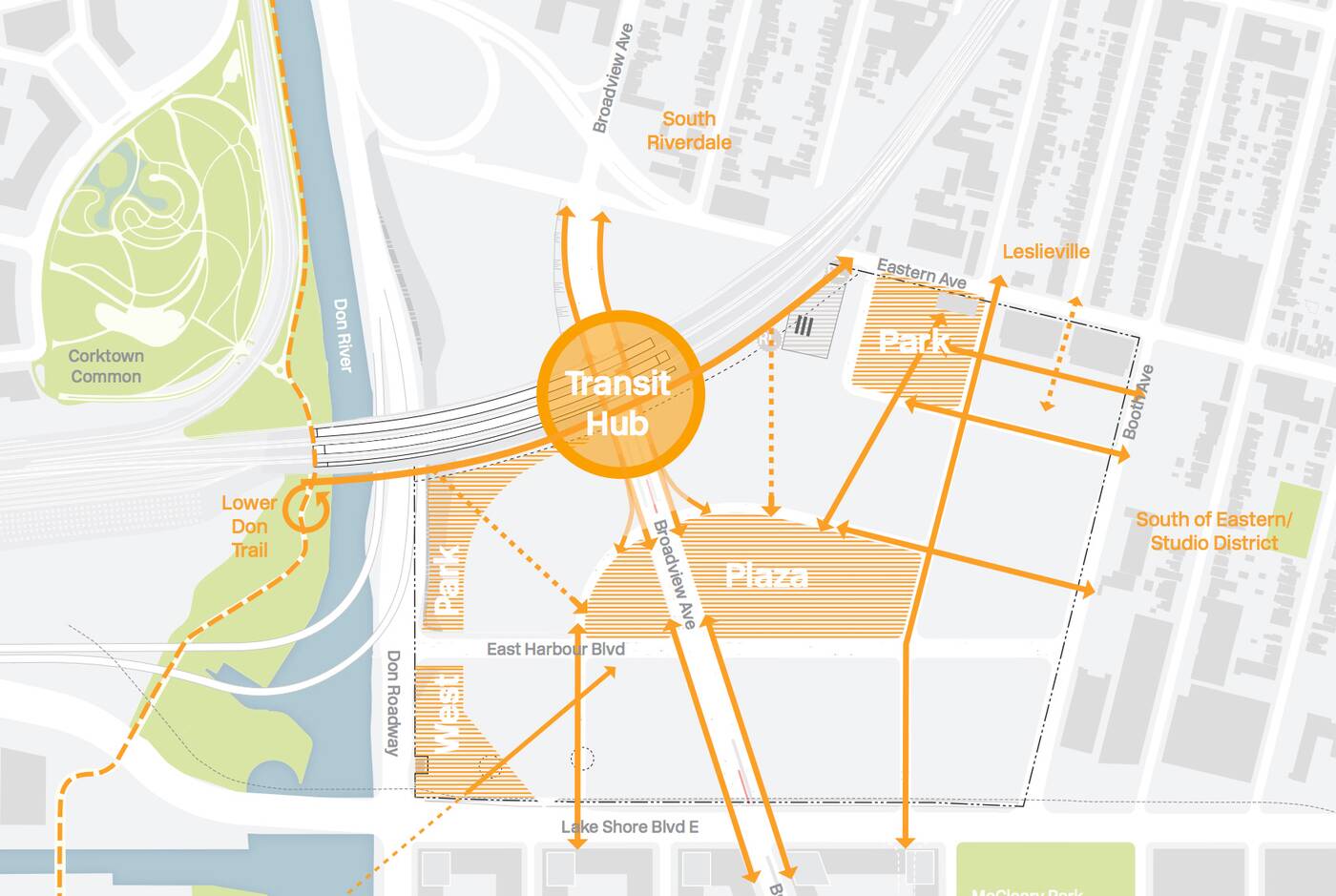 So while there will be more total retail square footage than Yorkdale Shopping Centre (1.7 million square feet), it won't look anything like it and is likely to have significantly less leasable space based on the layout. Regardless, it's a development worthy of adjectives like "huge," "sprawling," "massive," etc.

There will be new streets, new transit stops, new towers, and a hell of a lot of new shops and restaurants. When it's all said and done more than a decade from now, the shape of Toronto's downtown might be completely transformed by East Harbour.