The property management firm behind some of Toronto's biggest malls and retail complexes — including the Eaton Centre, the TD Centre and Maple Leaf Square — just bought 100 per cent of Toronto's East Harbour.

That's 38 acres of waterfront land that planners hope will one day become a new eastern commercial core for the city.

It's the largest commercial development in Canadian history, and Cadillac Fairview (CF) just entered an "unconditional purchase agreement" to acquire the whole thing from First Gulf for an undisclosed (but undoubtedly ludicrous) amount. The deal will close officially on September 25. 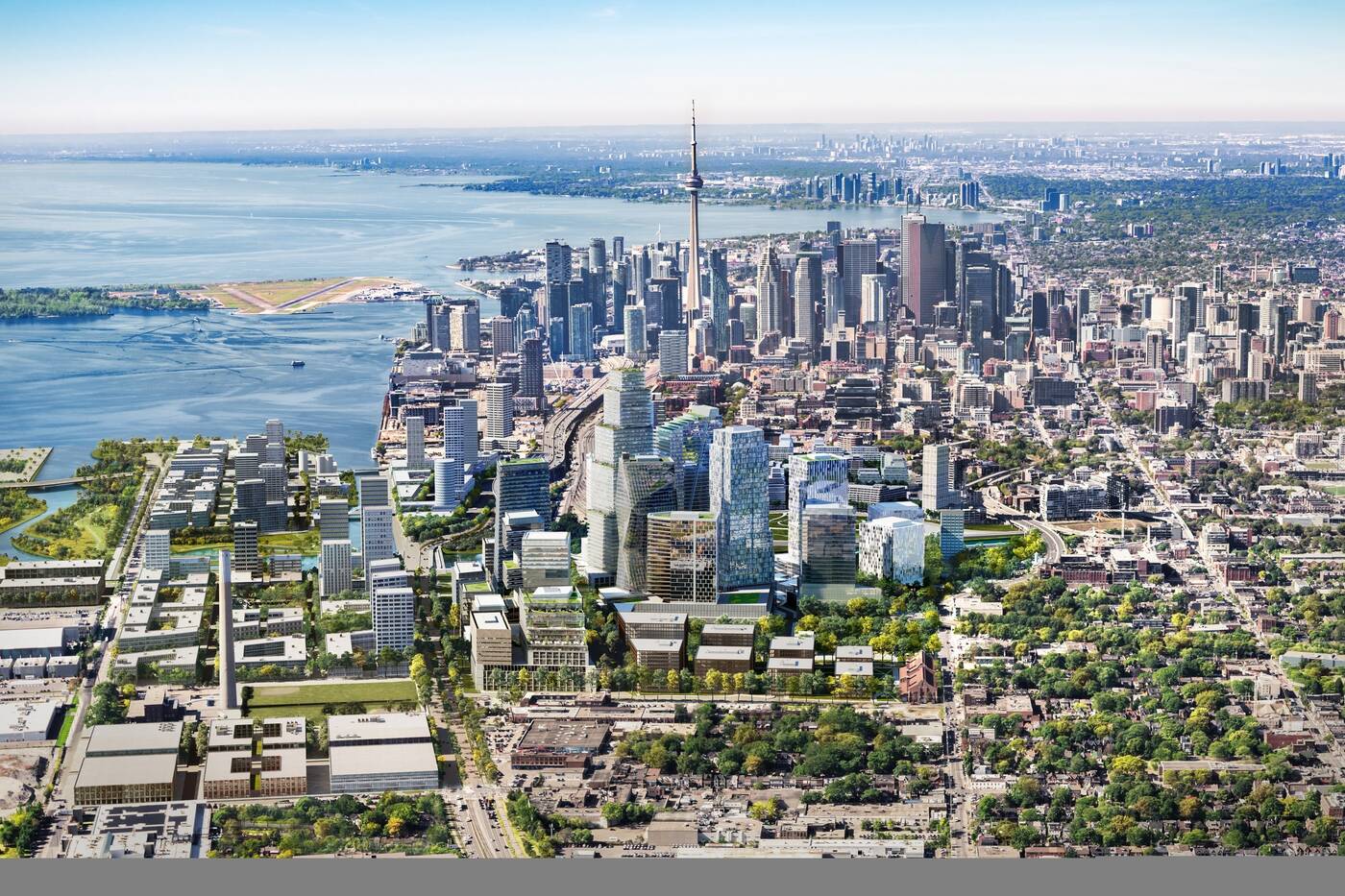 The ultimate goal is a walkable, bikeable, transit-connected commercial hub capable of accommodating more than 70,000 workers.

Bordered by Lake Shore Boulevard and the Don Roadway, the development's master plan also includes close to nine acres of green space with a network of plazas, streets, sidewalks and open recreational spaces.

Plans for the ambitious, master-planned community, approved by City Council in 2018, remain the same as before the purchase, according to CF, but with today's financial news come some new details about what we can expect to see there — or one new detail, at least. 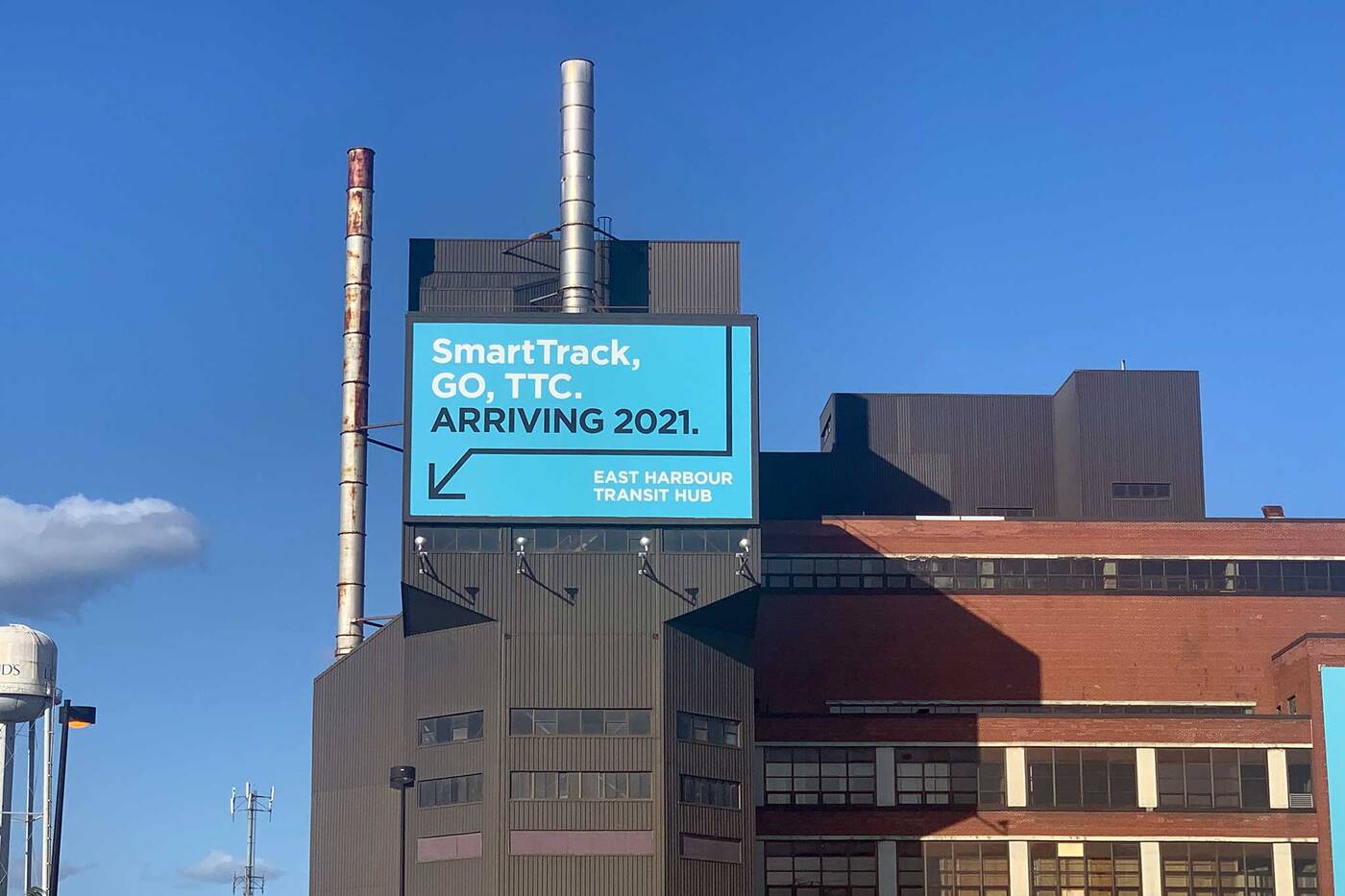 The old Soap Factory on the Don Roadway in Toronto is mostly vacant, with large events occasionally held inside. Photo by blogTO.

CF and First Gulf announced in today's release that the first phase of development centres around the old Unilever Soap Factory building.

Calling the structure "a defining element of the overall plan," Cadillac Fairview noted in a press release on Friday that it is "currently in discussions with prospective tenants who have expressed interest in this unique opportunity."

Developers are planning what they call an "adaptive reuse" of the existing Soap Factory building, and that's about all we know at this point.

Based on the newly-released rendering, however, I can say it'll look a lot more modern (and safe to enter) than it does right now.