Construction may have already begun for the Ontario Line, but details continue to emerge about new transit-oriented communities, or TOCs, that will be built in conjunction with a handful of the 15 stations on the new 15.6-kilometre subway route.

City of Toronto and provincial officials gathered at the future East Harbour station site at 21 Don Roadway on Tuesday morning to announce details of nine TOCs, revealing the huge injection of jobs, housing, and affordable units being planned for five of the stations on the Ontario Line: East Harbour, Corktown/First Parliament, Queen/Spadina, King/Bathurst and Exhibition.

Together, the TOCs would provide almost 55,000 jobs and create close to 7,000 homes, including desperately-needed affordable housing units.

The biggest TOC currently in the works is planned for the East Harbour site, a multi-modal station with stops along the Ontario Line, the Lakeshore East and Stouffville GO lines, and delayed future projects like John Tory's overdue SmartTrack plan and the long-fabled Queens Quay East LRT. 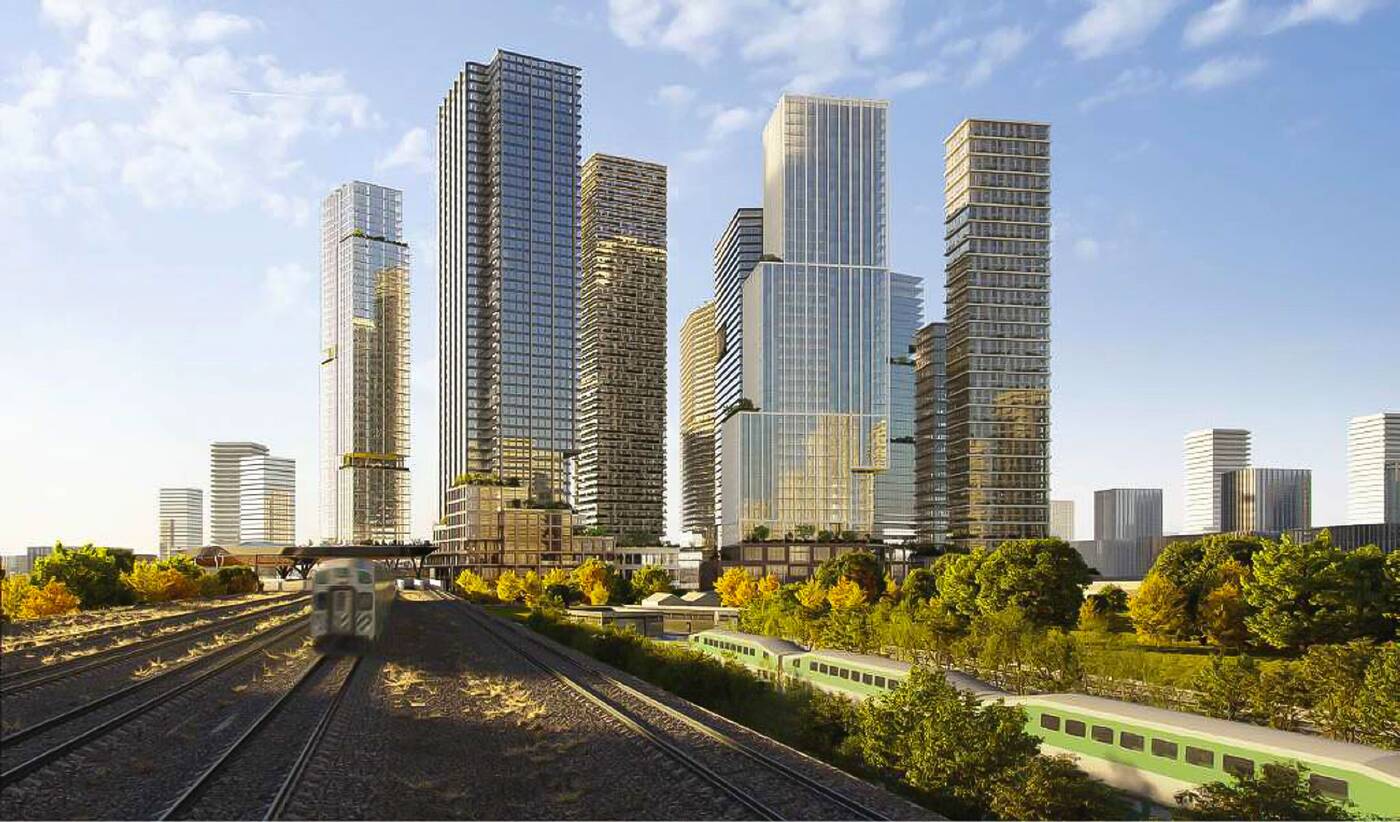 Preliminary rendering offering an idea of what the East Harbour development could look like.

It will bring approximately 4,300 units of housing, including affordable housing, to the 38-acre site, along with 10-million square feet of commercial development providing employment for over 50,000. But it would come at the cost of the existing factory buildings on site, which are admired by many for their mid-century designs.

Not shown: the buildings on site, which will be completely levelled. pic.twitter.com/mb8aDuB5Yh

Much smaller than the megadevelopment planned at East Harbour, the Corktown Station TOC will include city-managed amenities, creating over 3,350 new jobs and close to 1,500 new housing units in the rapidly-developing community west of the Don River. The Ontario Line station will offer connections to the existing 504 King streetcar line and 65 Parliament bus.

Five stops to the west, the Queen-Spadina Station's future TOC is expected to have a much smaller impact on employment and housing, bringing approximately 60 new jobs and over 200 new units to the area through a mix of residential and commercial space.

Linking with the 510 Spadina and 501 Queen streetcars, the station is at a critical juncture of surface routes, though with the surrounding area already largely built out, there is less of an opportunity for a sweeping redevelopment here and at other tightly-constrained downtown station sites.

The planned TOC at King-Bathurst subway station is similarly constrained and will involve the retention of existing heritage buildings. Only around 90 new jobs and 400 housing units are planned for this site, which is still a pretty significant injection of life for the already bustling intersection served by the 504 King and 511 Bathurst streetcar routes.

One of the larger TOC opportunities is in the works for the Exhibition Station site, aiming to bring over 550 new housing units and more than 1,300 new jobs to the doorstep of the CNE, BMO Field, and other major attractions.

Plans to include new housing and employment opportunities at these coming stations has Mayor Tory excited, saying he is confident that the partnership between the city and province "will be able to increase transit ridership, and provide affordable housing and community services, providing places for people to live, work and play."