An entire row of Toronto eating establishments could soon bite the dust to make way for condos and office space.

A new development application for 185-191 Dundas Street West means the end of the line is on the horizon for a group of predominantly Asian restaurants that form a bustling restaurant row within the Dundas and University/Little Tokyo area.

Businesses on the chopping block include Indian Biriyani House, Yang Teashop, Lan Zhou Ramen, Sushi & Bento, Impression 1915, an Uncle Testu location, and perhaps the most notorious of the bunch, Hong Shing Chinese Restaurant, an establishment known just as much for controversy as it is for its late-night eats.

Hong Shing has made headlines in the past for a conviction in a racial discrimination case where four Black patrons were forced to pay for meals in advance (the restaurant later made amends with the patrons), along with unproven allegations of unhygienic happenings that owners argue were misleading and taken wildly out of context.

The restaurant most recently made news in late 2021 when Hong Shing suffered a devastating fire, causing considerable damage to the restaurant's kitchen.

Toronto-based developer ICC Group intends to tear down the block of restaurants to make way for a 41-storey mixed-use tower containing new retail at street level, 19 floors of office and supporting amenity space, and 21 levels of condominium units.

A tiered design with rounded corners includes a six-storey base and a 12-storey mid-section containing office space, with an office amenity level dividing the lower two volumes from the residential point tower above. 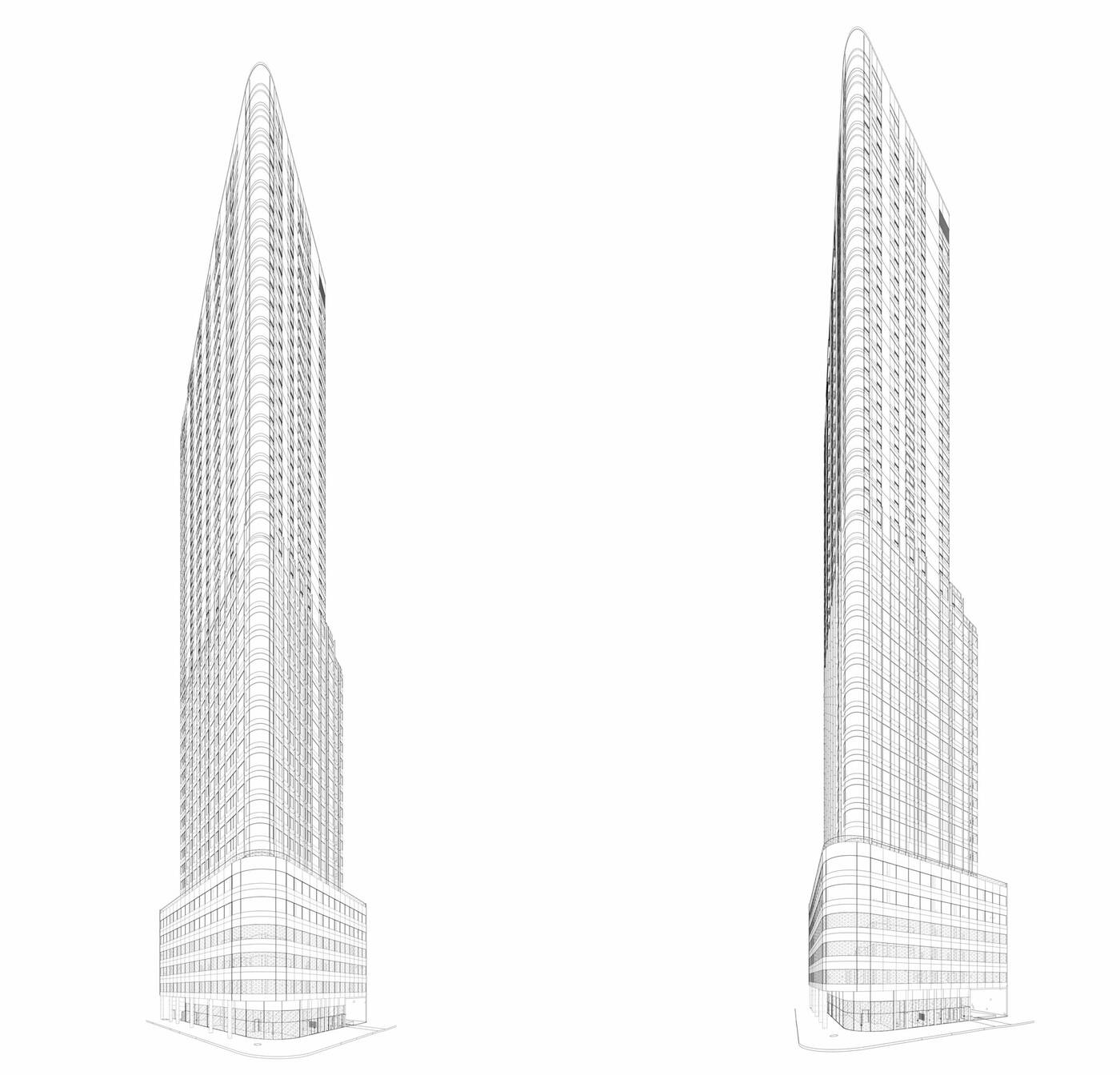 The proposed tower at 191 Dundas West would displace several businesses but add a large commercial presence to the site. Rendering by Scott Shields Architects.

In a rare example of a true mixed-use tower in this town, the building only dedicates a little over 40 per cent of its almost 24,000 square-metre floor area to residential space, with the majority at just over 59 per cent allocated to office uses.

Locals concerned about gridlock in the area can rest easy, as this tower only aims to bring 55 parking spaces within the second level of an underground parking garage.

Most local trips would be served by 200 bicycle parking spaces. Combined with the nearby St. Patrick TTC station, these transportation options would allow most residents and workers to live or work car-free.

Despite the active development application now under review by city staff, patrons of these establishments probably won't have to worry about them closing to make way for demolition any time in the very near future, as these plans typically take several years to work their way through the city's planning and approval process.