This cheesecake-adjacent downtown Toronto apartment is under $1,000

A recent rental listing came with fresh dumplings and cheesecake right downstairs, and as an added bonus the unit was under $1,000 a month.

The apartment was for rent at 189 Dundas Street West was basic but seemed nice, even spacious, and the location would be great for students or someone who likes Japanese cheesecake. 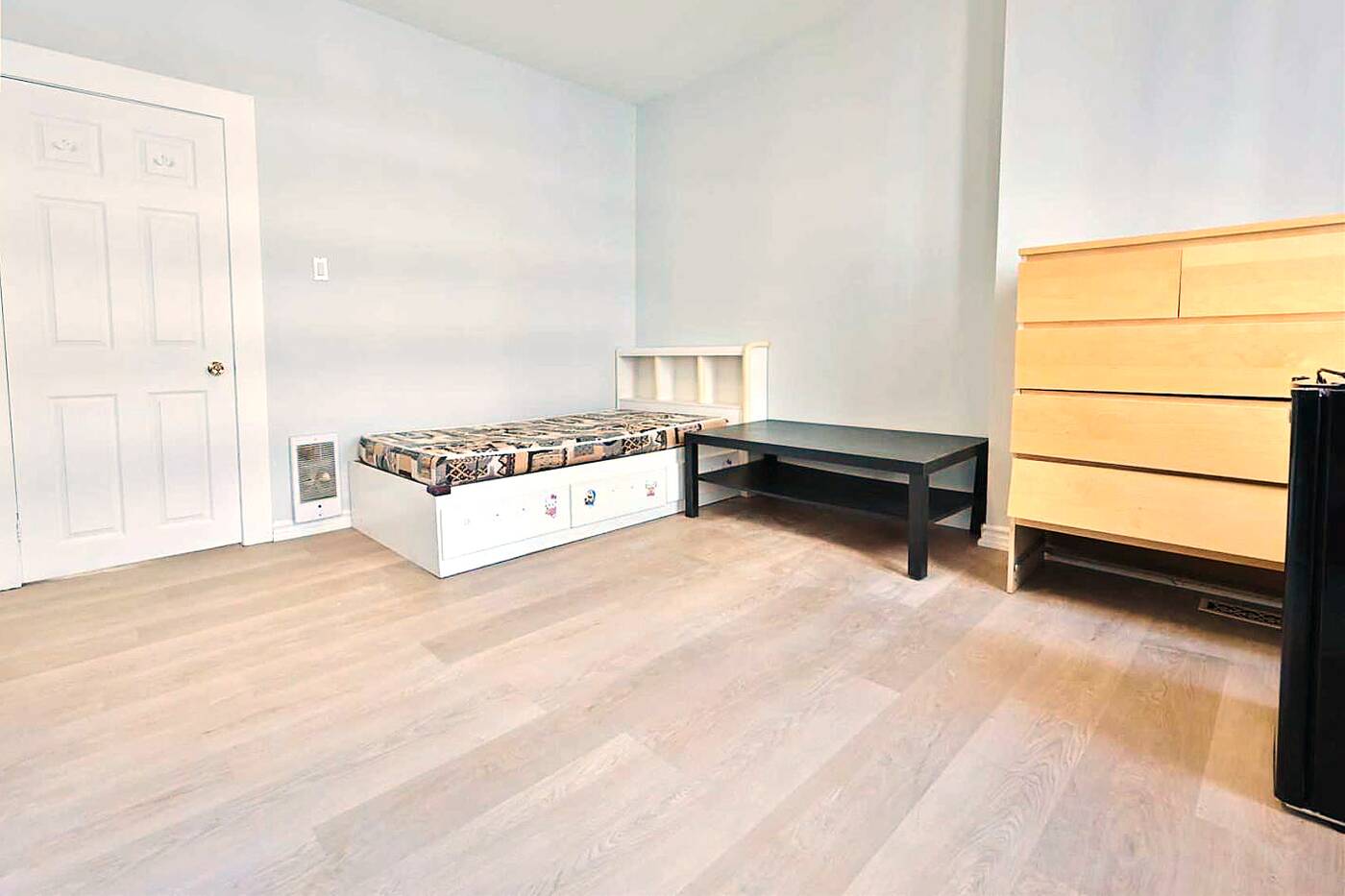 The main room in the apartment at 189 Dundas Street West could be a bedroom or a living room.

The unit is on the second floor of Impression 1915, a Chinese food restaurant with several steam buns and dumplings on the menu. Next door is an Uncle Tetsu location, which is known for its fluffy, Japanese-style cheesecakes.

Near University and Dundas, the apartment is also within walking distance of OCAD, U of T and Ryerson University. 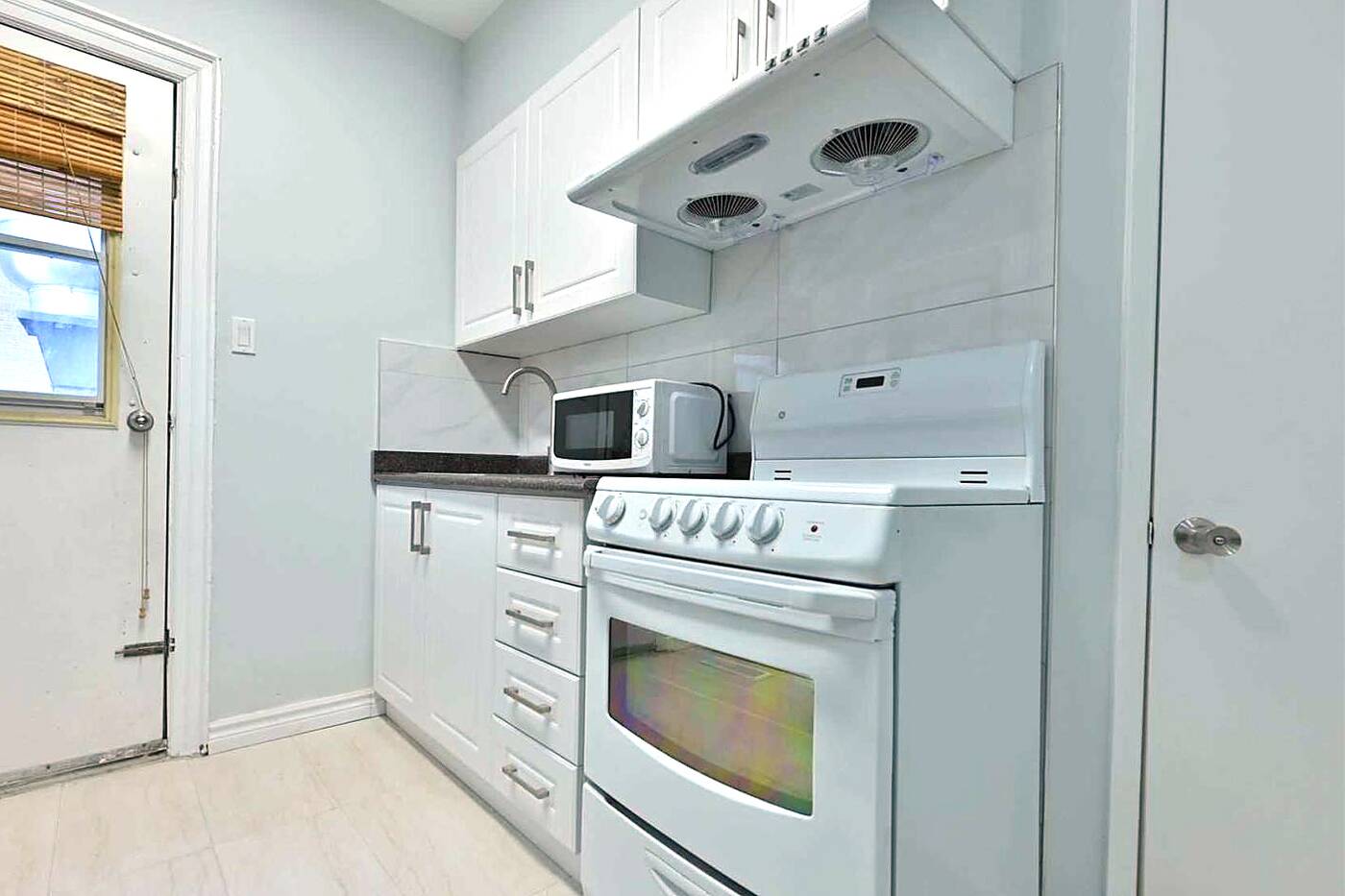 The kitchen is tiny but has a stove, microwave and fridge.

Unlike a similarly priced unit, this place has a kitchen, and while it is small it has all the essentials including a fridge and stove. So if you get tired of cheesecake and dumplings, you can cook at home. 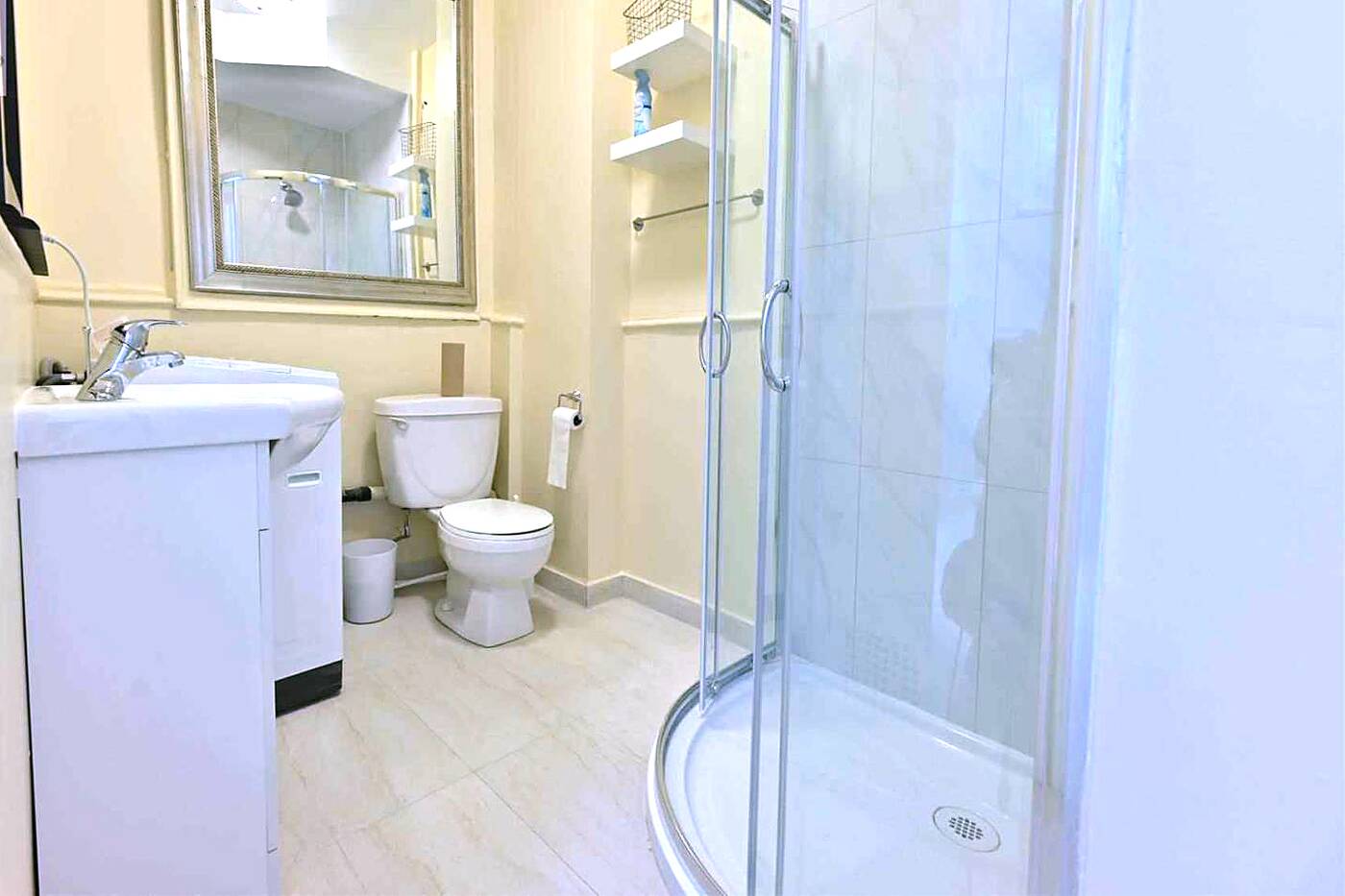 The bathroom also appears to be a decent size, and they seem to have put some effort into that shower.

All utilities and Wifi, along with some of the existing furniture are included in the rent.

So if you like the idea of waking up to the scent of cheesecake, this apartment might have been worth a look, but it seems to have already been snapped up as quickly as it was posted.