While real estate in and around Toronto is generally known as a guaranteed profit-maker for anyone who has the coin to purchase property and simply sit on it for a few years (or even months), the market has been frightfully slow lately, causing disquiet among experts.

This slowdown has caused some to lower prices, drawing out listing times longer than expected.

When looking at homes on the pricier end, you can find multi-million dollar mansions like one in Mississauga that, though it was listed for $30 million just two years ago, is now back on the market for a dramatic $5.5 million less. 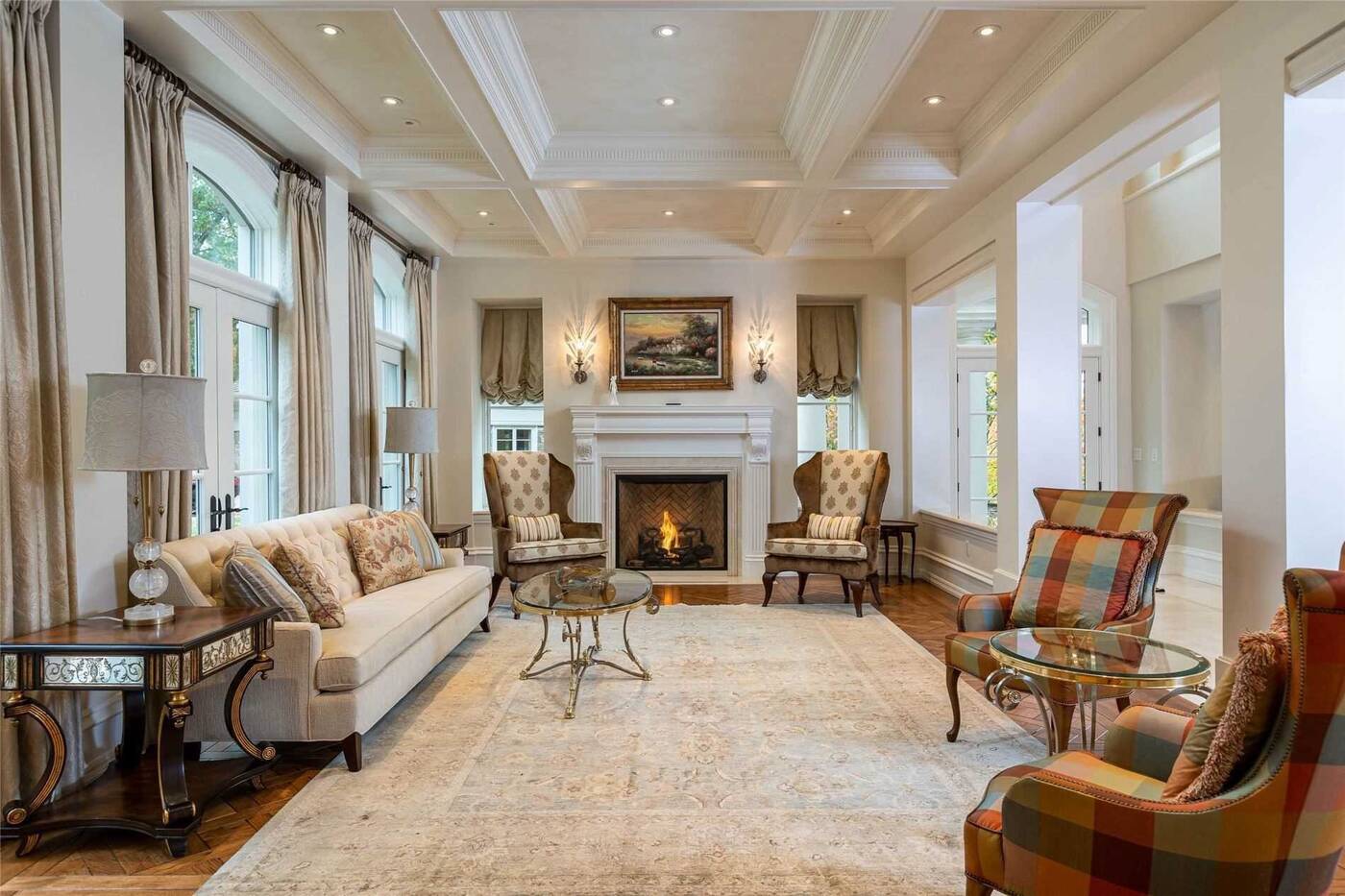 The sprawling home at 1343 Blythe Road has more than anyone could ever need: seven bedrooms, 10 bathrooms, multiple garages (one of them heated) and nearly 20,000 square feet of living space on over 10 gated acres of land. 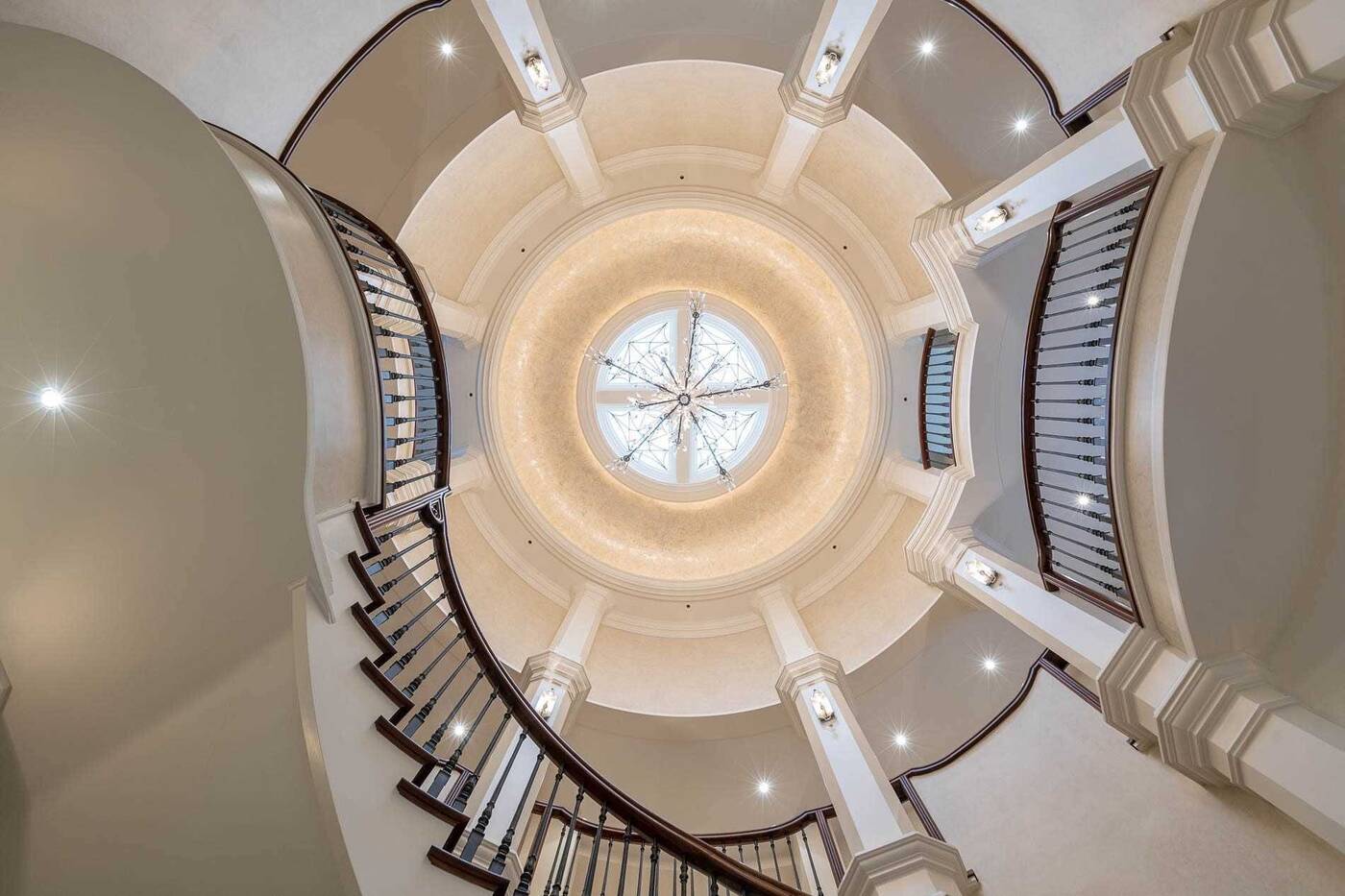 It was specially designed to have gorgeous views from every single room,  to maximize the feeling of coziness with radiant heat in every part of the house, and with noise-dampening features to feel private. 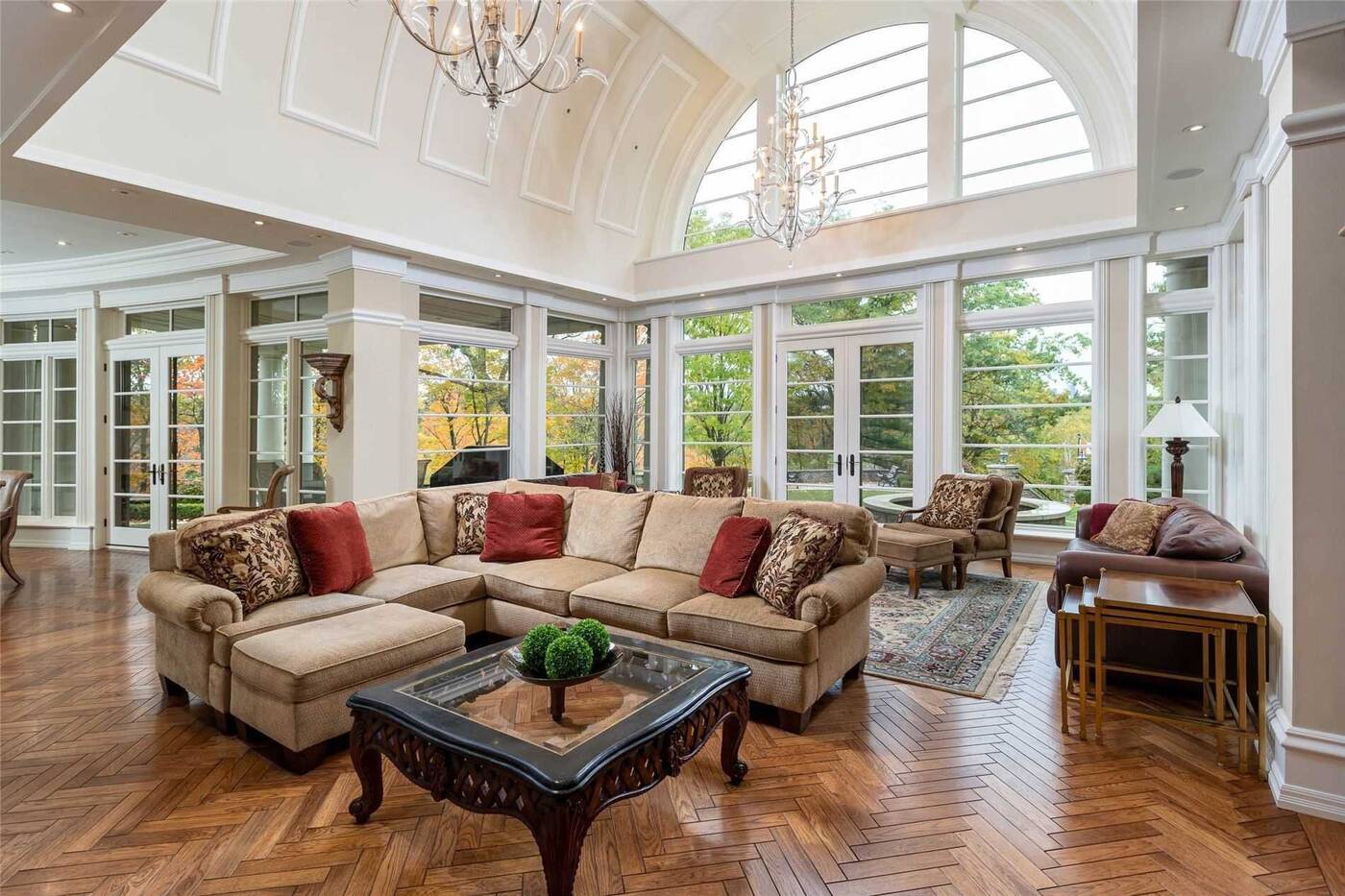 Future owners can enjoy two separate walk-in closets that are each the size of a large bedroom, a six-piece bathroom and a separate powder room in the primary bedroom before they head to their large private gym to work out and start their day. 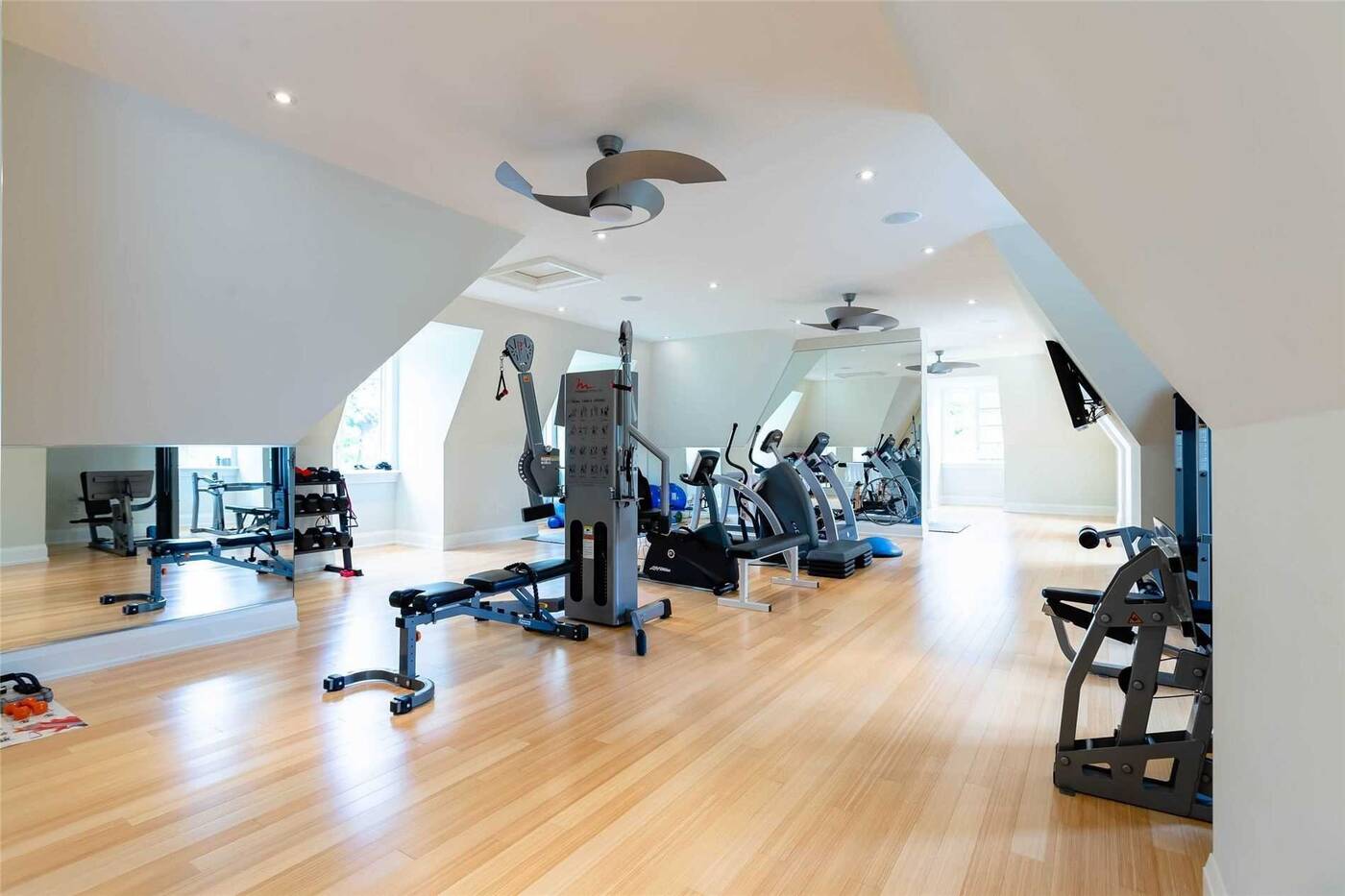 In the evenings, they can entertain guests with a game of pool on the house's games level — complete with bar, multiple games tables and a giant TV area.

Or, a swim in the backyard pool as friends marvel at the three-storey grand entranceway, coffered ceilings, countless french doors, four-storey elevator and spectacular views of the nearby river and forested ravine. 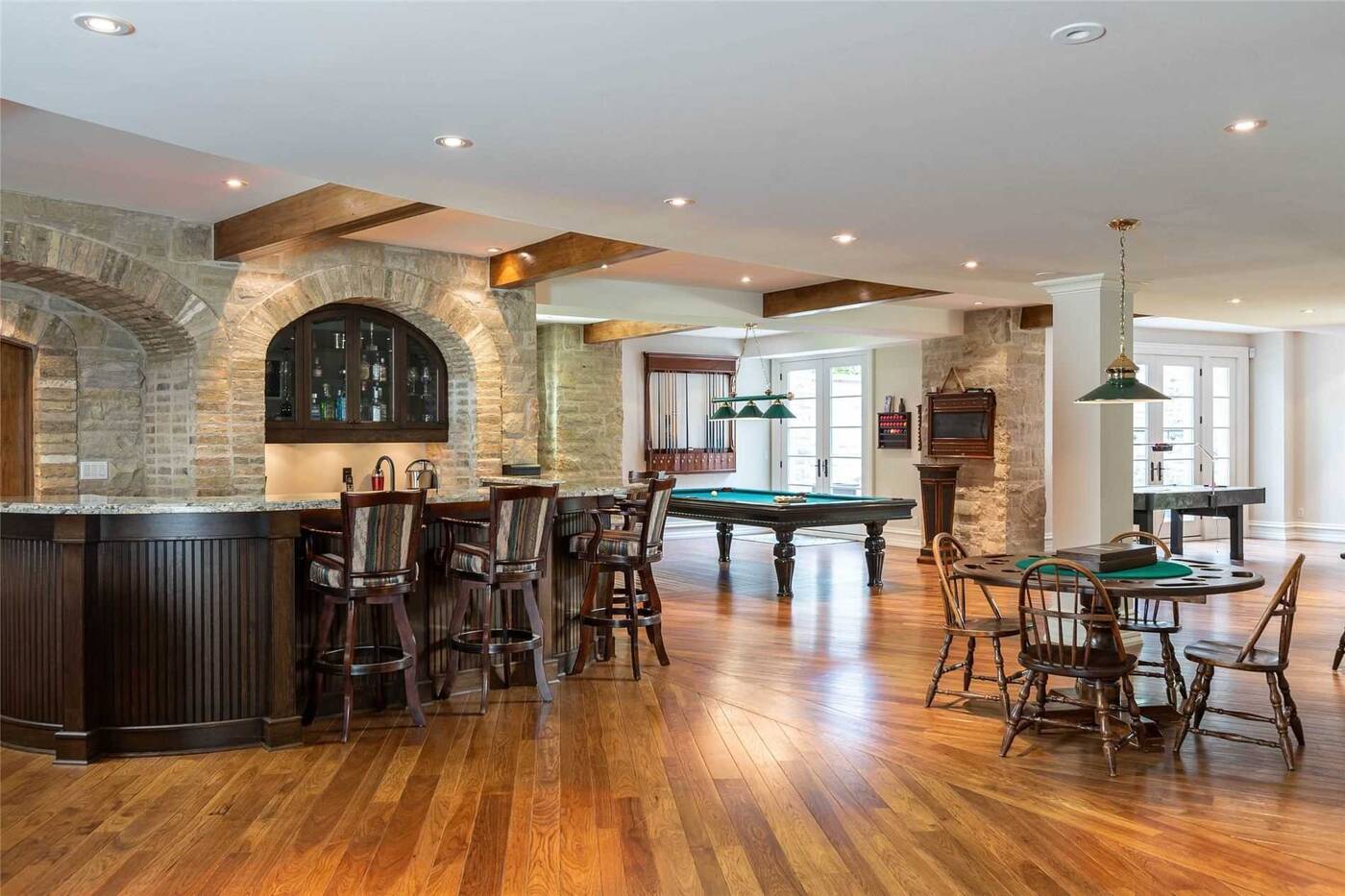 It's a luxurious home at an equally luxurious cost, and the fact that the listing price has gone down nearly 20 per cent from what it was in fall 2020 may make it a steal for whoever falls in love with it. 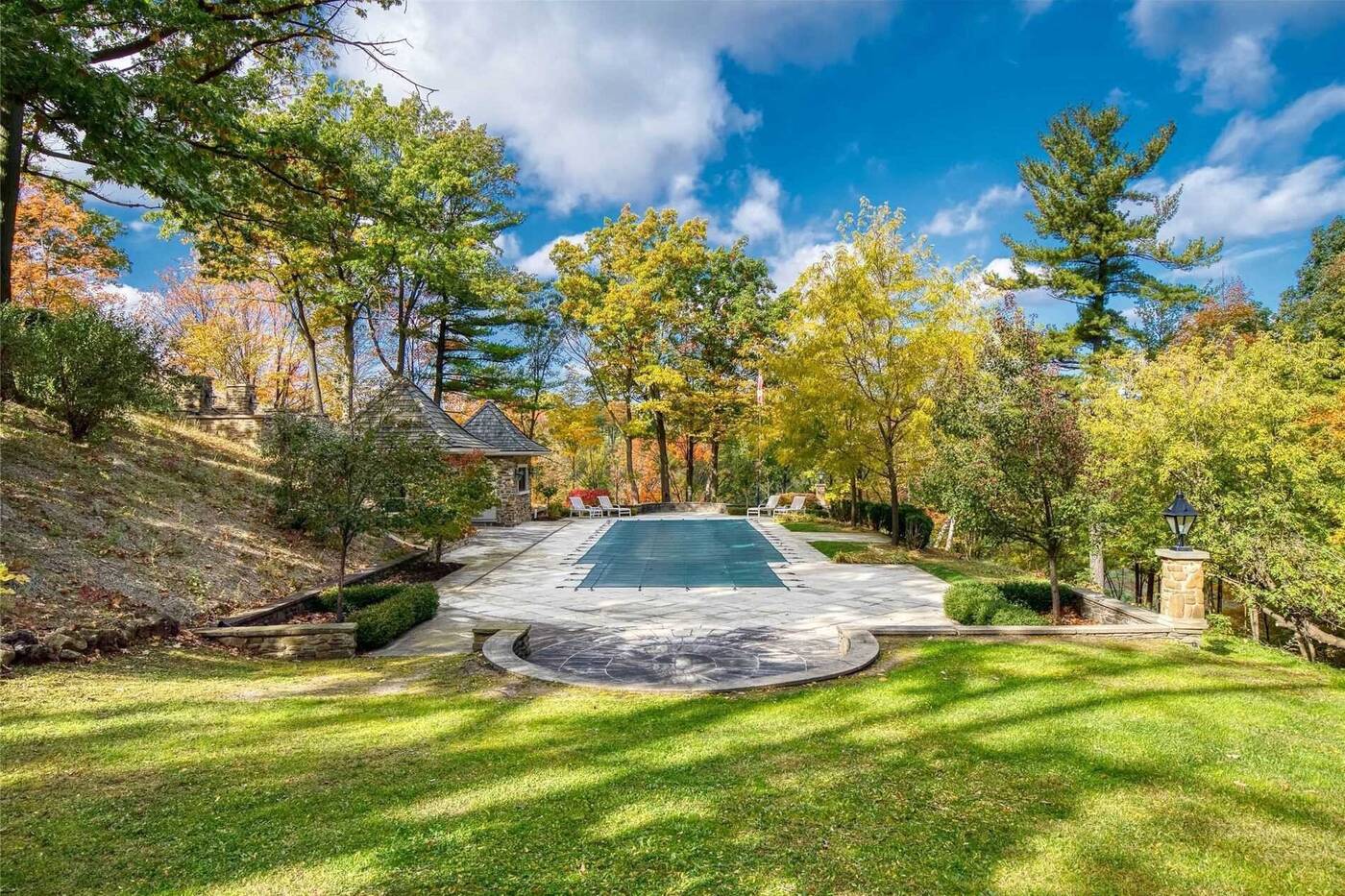 It also shows that the market is clearly not as strong as the owners were hoping, though many online seem to think the home is just priced way too high for what it is, regardless of market conditions.

The property has been languishing at this listing price for months, and while homes in the region have definitely been sitting on the market for way longer on average lately, in this case, we are dealing with a not-so-average home that requires a not-so-average buyer.

Lowering the price, as this owner did when they relisted the home for less than they had tried to previously, is of course a key tactic of trying to find that buyer, and something GTA sellers are doing a lot more often these days if they're not pulling their listings completely — even (and especially) if their homes aren't opulent, exorbitantly priced castles.