Halloween may only be a single-day holiday for the rest of us, but for one Toronto family, spooky season is all year round now that they live in a former funeral home.

The Blumbergs, originally from the quiet and kid-friendly neighbourhood of Roncesvalles, bought their new house outside the city amid lockdown last year, drawn to its past life given their love of horror and the macabre. 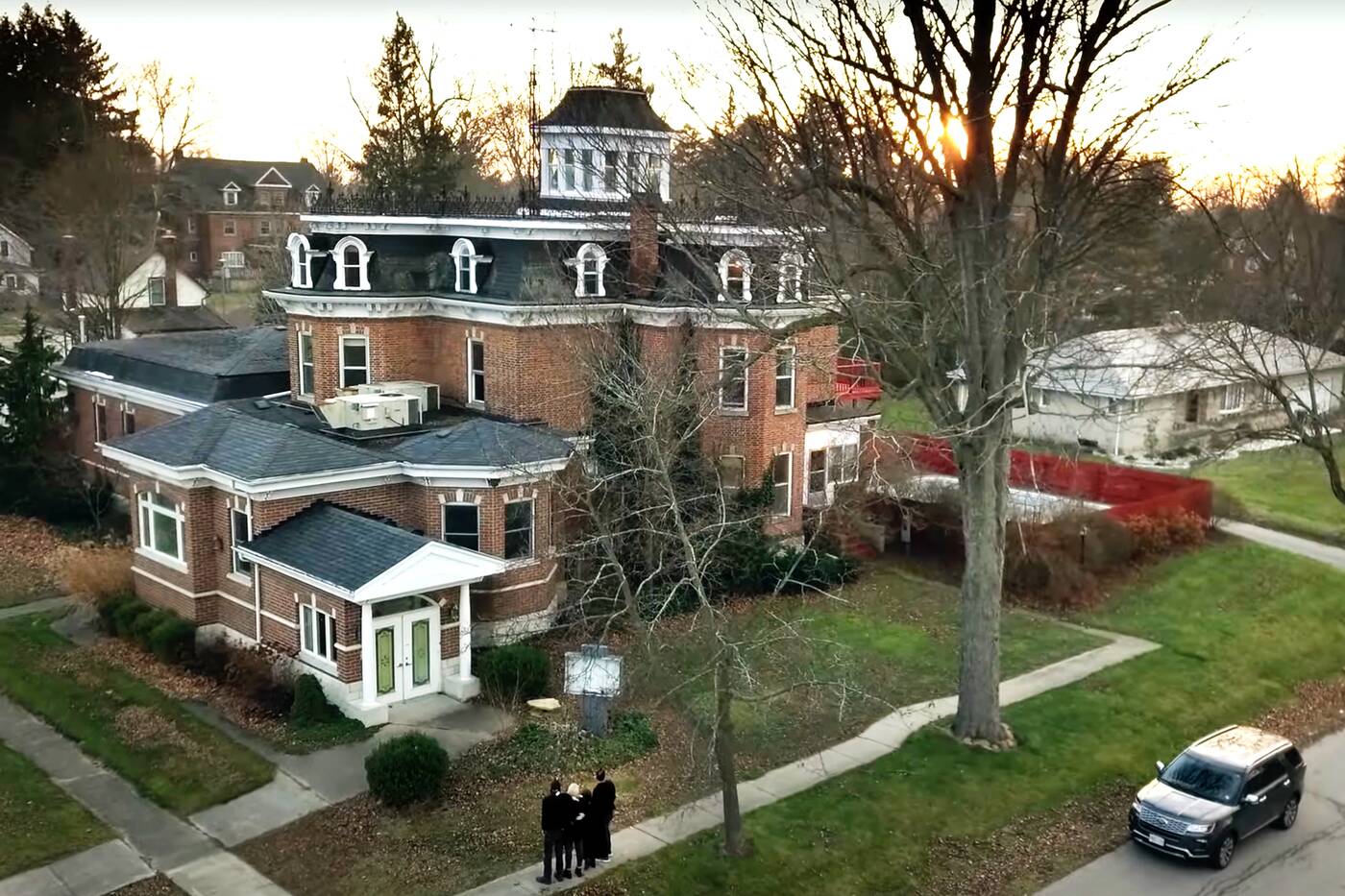 The Blumberg family, who moved from Roncesvalles in Toronto, were the perfect buyers for the haunted former funeral home.

Located three hours from T.O. at 620 Cross Street in Dresden, Ontario, the seven-bedroom, four-bathroom, 12,000-square-foot Victorian home was a steal at just $600,000, but it came with a bit more than a typical buyer would bargain for — thankfully, though, the Blumbergs were not the typical buyers.

The 1800s home is apparently extremely haunted, with the family of four detailing to the Star this weekend how doors regularly open and close, footsteps are often heard overhead, and there are even random echoes of someone yelling "hello," all of which they seem to welcome.

These are just some of the reasons that the Blumbergs are now the stars of a Discovery+ show called We Bought a Funeral Home, which also focuses on the much-needed restoration of the historic 38-room building.

In case you were wondering, We Bought a Funeral Home is delightful.

It's definitely a unique take on the home renovation show genre, and is already getting rave reviews on social media.

Plus, the show is an extra cool watch for people from Ontario, who have the peculiar home and its creepy backstory right in their own backyard.