The condo-fication of Toronto's University Avenue presses on, with another high-rise development planned to add to the growing canyon of condos forming along Hospital Row.

Developer Cartareal has applied to tear down the 1958-built former Shell Oil Building at 505 University Avenue, and create a simulacrum in its place as the base of a new sky-scraping condominium development.

The proposal seeks to demolish the existing 20-storey office tower and construct a new 64-storey building rising to a height of almost 213 metres in its place, featuring a design from architects BDP Quadrangle. 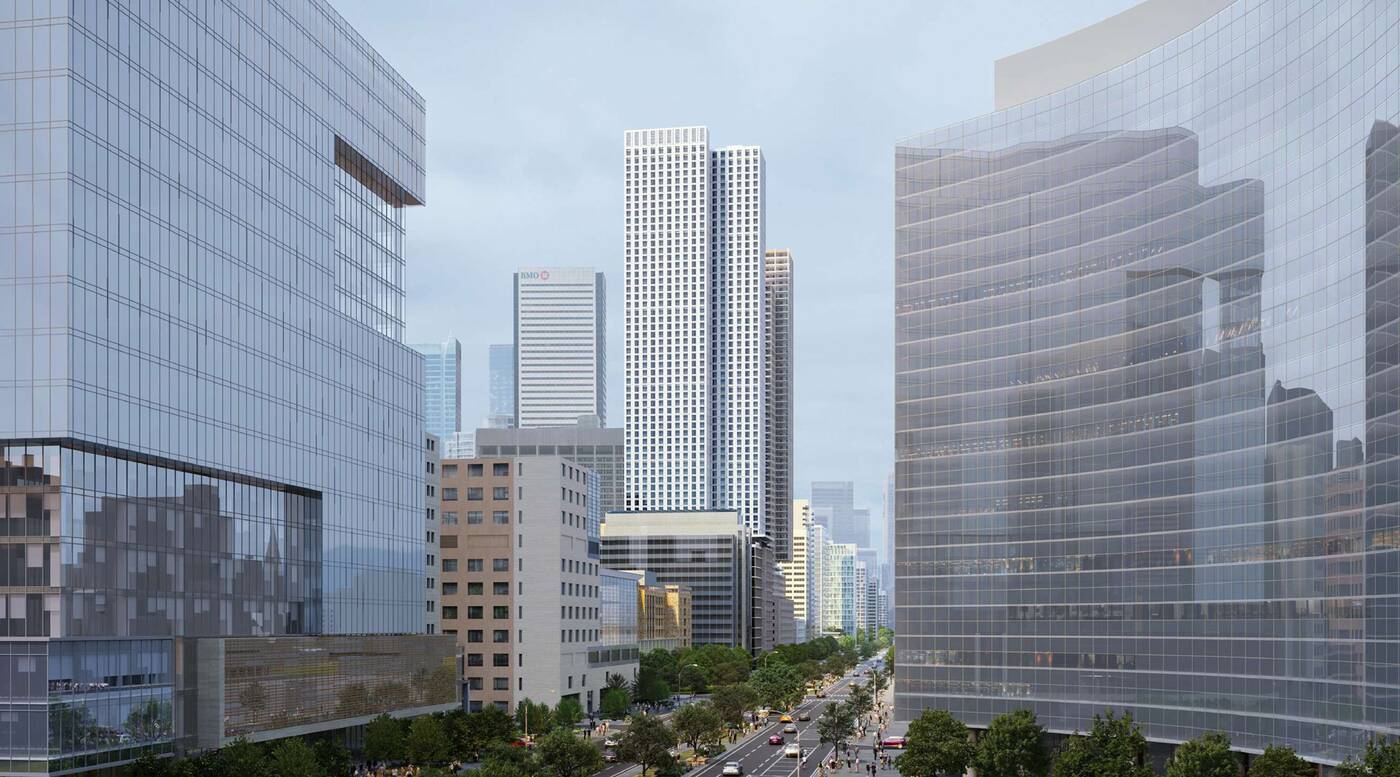 A new-build 12-storey podium has been designed to replicate the appearance of the current building, reusing its exterior materials in the reconstruction.

The current building and proposed podium are approximately the same height, though the increased ceiling heights of the modern office levels would be evident in the exterior.

This difference in floor count between the preserved facades and the new office levels behind is most noticeable where the facade intersects with the glass-clad northern half of the podium. 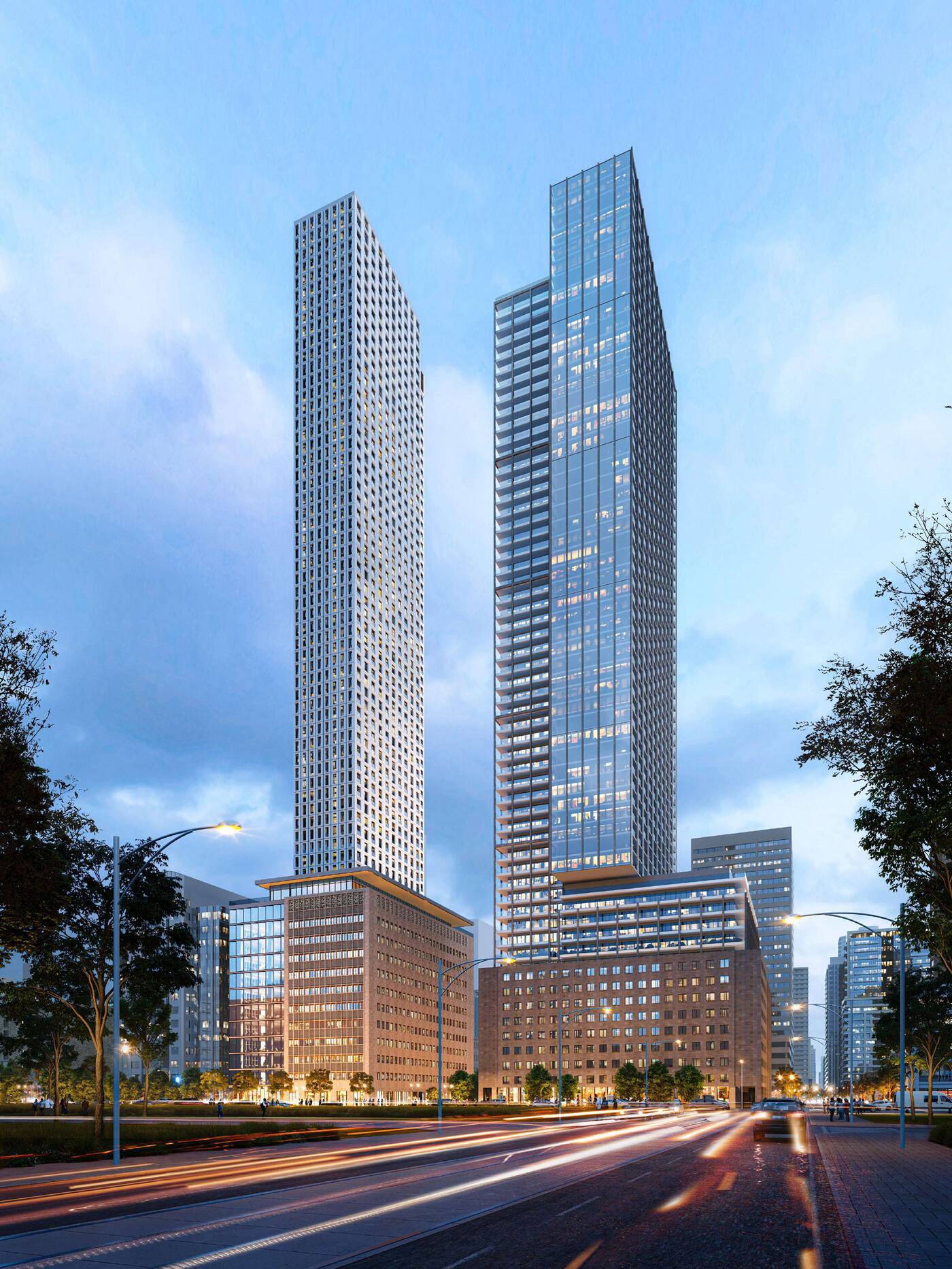 A floor area of over 72,000 square metres would include 24,919 square metres of office space, which is actually a decent increase over the 22,115-square-metres housed in the existing building.

However, the loss (even with a reconstructed facsimile) of a beloved Modernist landmark is not sitting right with some. Globe and Mail architecture critic Alex Bozikovic did not mince words in his assessment of the proposal, calling the plan "shocking" in tweet on Tuesday afternoon.

Shocking proposal in Toronto to demolish a 200,000 SF office building of great heritage importance (Marani & Morris 1958/66), then tack on bits of its skin to a new tower. What are we doing? pic.twitter.com/PEHTqeVB81

Remarkably, this building is neither listed on the city's Heritage Register nor designated under the Ontario Heritage Act, meaning it has virtually zero protection from demolition, while the city instead focuses its preservation efforts on abandoned soy sauce factories.

Demolition and replacement of an office building with a near-identical office building would accommodate almost 46,700 square metres of residential space proposed within the 52-storeys above.

The plan calls for a total of 700 condominium units, planned in a mix of 400 one-bedrooms, 233 two-bedrooms, and 71 three-bedroom units.

Despite the TTC St. Patrick subway station being a mere 75-metres away, the development proposes a four-level underground parking garage that would add space for another 171 cars to add to traffic in the already-congested Hospital Row area.

Though there is a sizeable parking component planned, most residents would be expected to make use of the aforementioned subway station, along with 814 bicycle parking spaces.

Another project of the same nature is already unfolding to the immediate south of the proposal site, with condos atop the preserved facades of an office tower in a development marketed as the United Building.

But it was the 488 University project to the southwest that started this wave, adding 37 storeys atop an existing 18-storey office tower in a marvel of engineering.