If there's a common criticism of Toronto condos, it's that they're accused of being bland glass boxes with little regard to the nuances of architecture and design.

There are plenty of exceptions, of course, but few projects have quite the technical appeal of the one rising at Dundas and University right now. 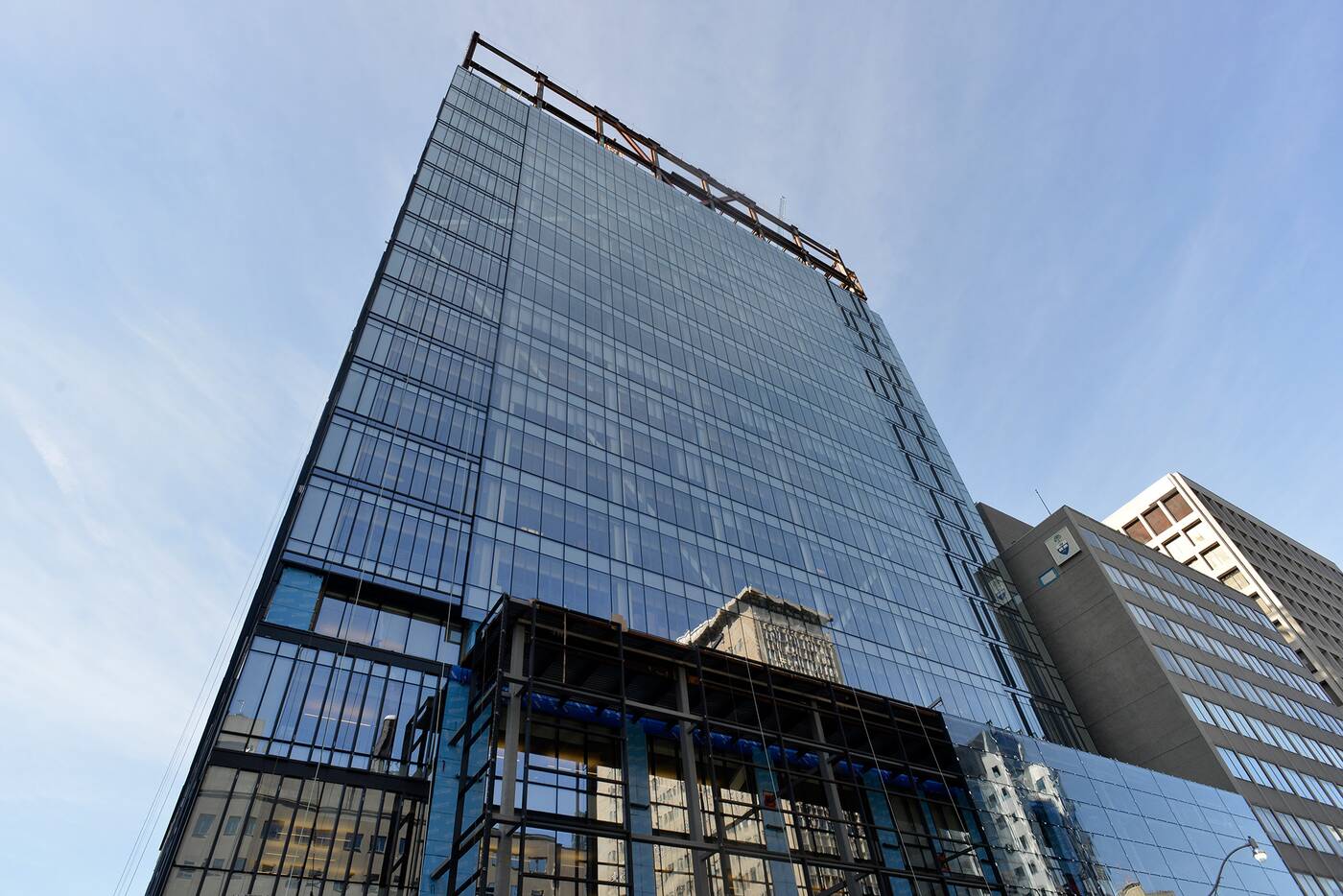 Once a 1968 office tower, 480 University Ave. has been reinforced and given a new shell, which paves the way for the construction of a 37 storey condo atop the existing structure. When complete, its new address will be 488 University.

When we last checked in on the site, the exterior of the old building was being stripped and bolstered with a new steel frame. Now, just over a year later, the building has been almost entirely remade as the base of the condo to come. 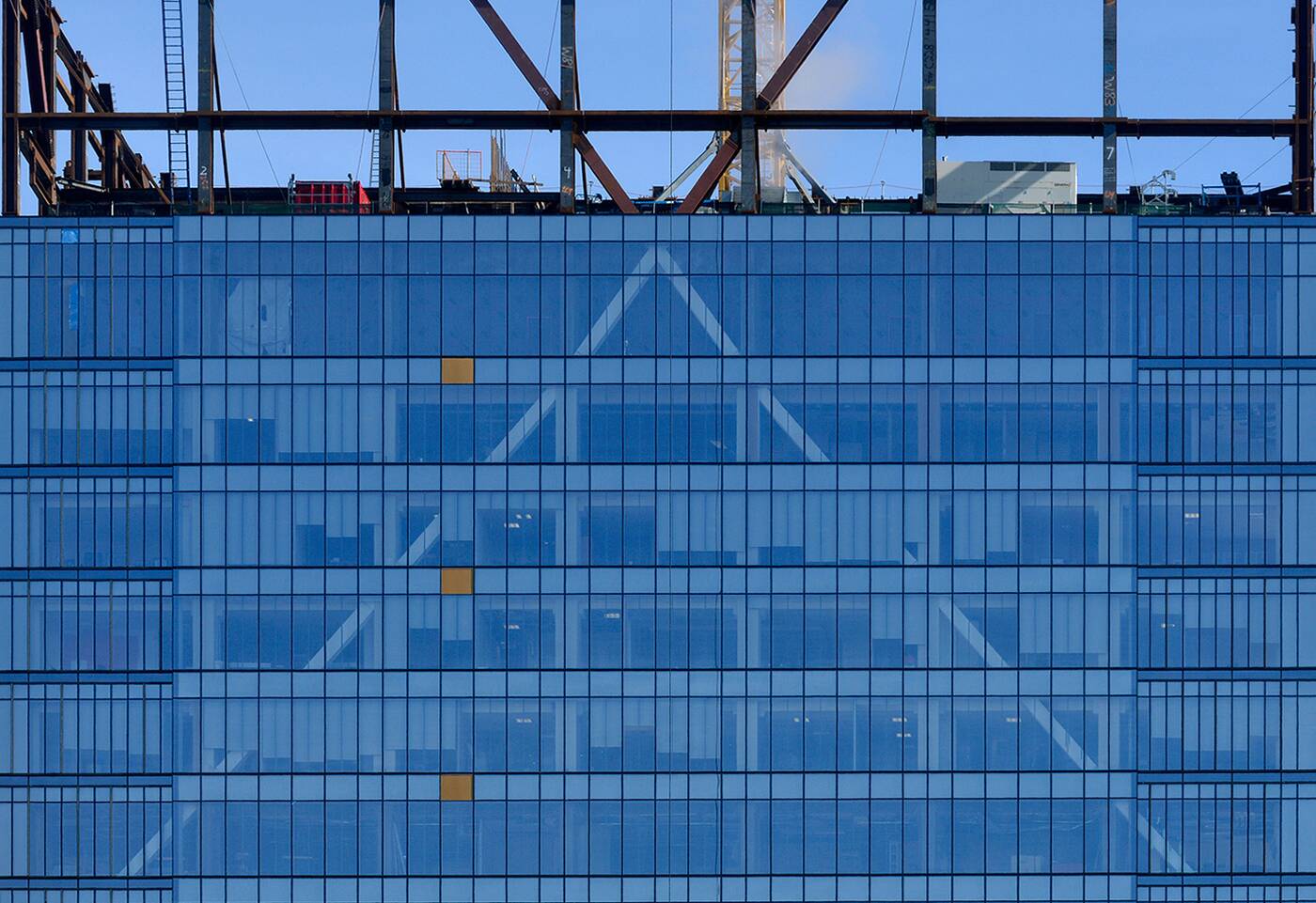 The crossed steel beams will not only divert the weight of the massive addition to the exterior of the building, but will also provide a nice design touch. Core Architects and engineers Sigmund Soudack & Associates have already done some stunning work on the first phase of this structure. 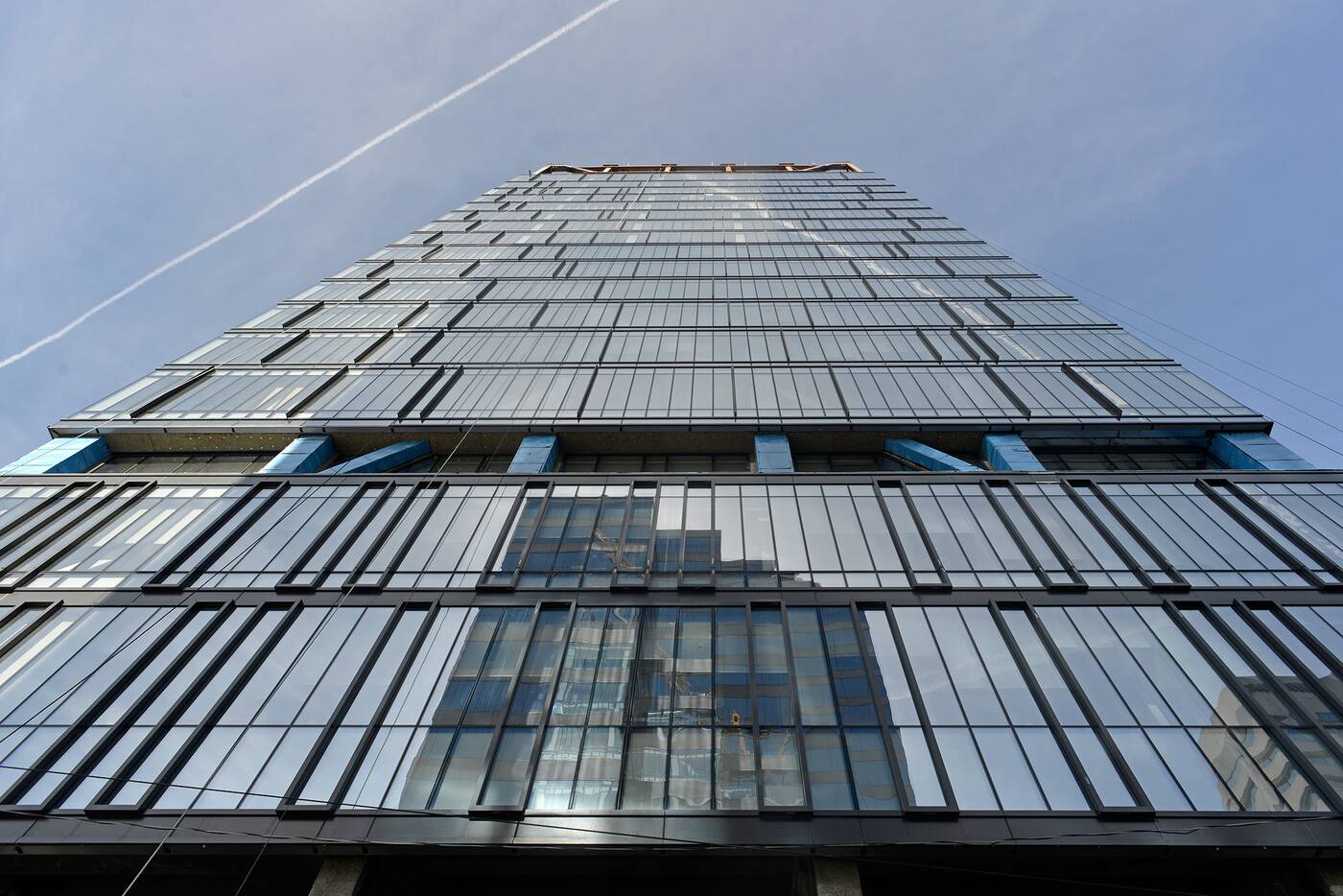 Construction on the upper condo has, in fact just started, even as there are finishing touches to do at the bottom of the building, including completion of an extension to the lobby on the east side that's starting to take shape.

This is an intriguing time in the process, as the months ahead will see the tower steadily rising in the sky up to a total of 55 storeys.

For now, the previous building is still easy to imagine behind the new facade, but as work progresses, I'm sure many will think this is a new structure altogether. 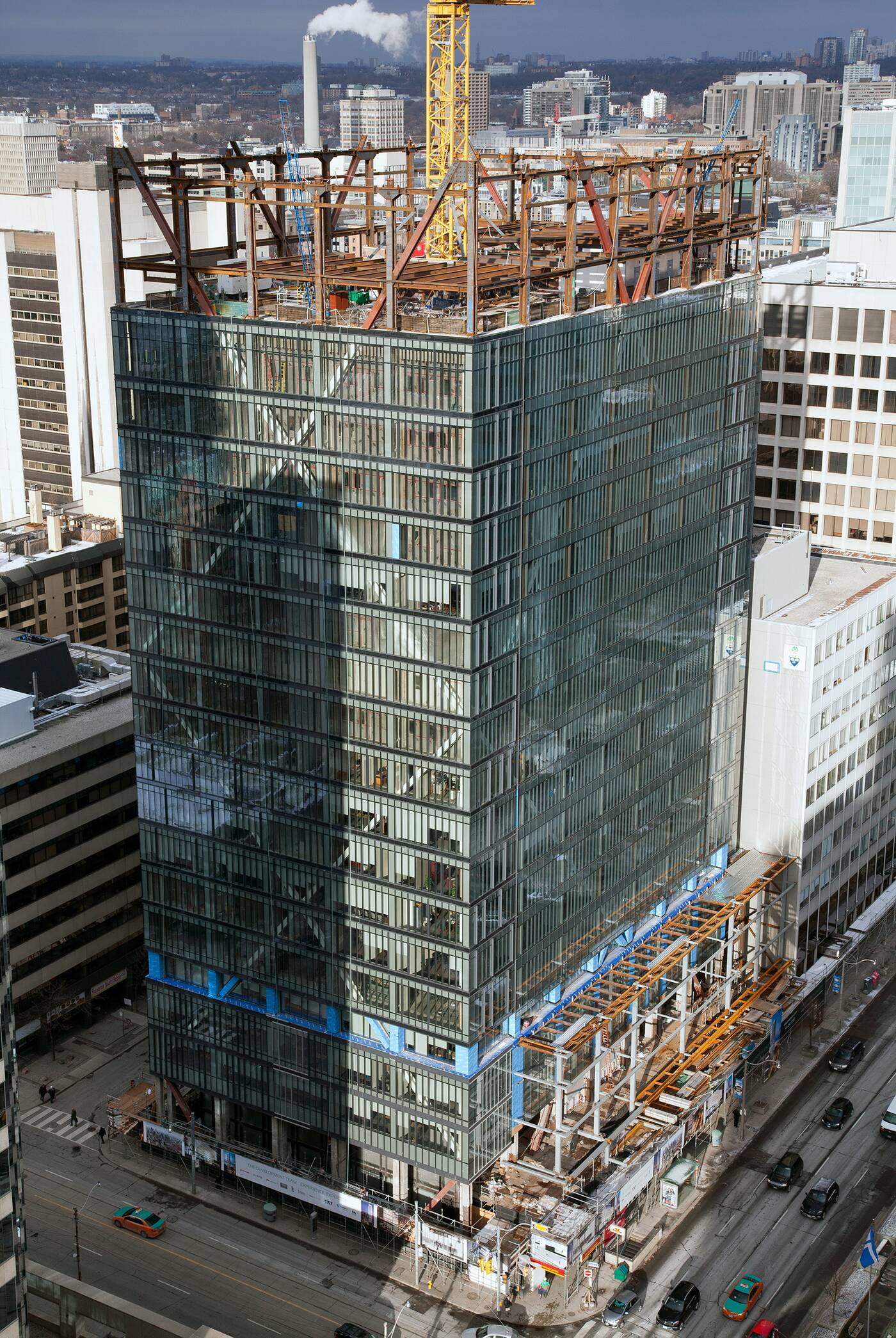