University Avenue is on a gradual march from ceremonial boulevard to a dense skyscraper canyon, and another tall building has just been proposed for the fast-evolving stretch known as Toronto's Hospital Row.

An existing office tower at 522 University Avenue is the latest large building on the chopping block, with property owners iA Financial Group proposing to tear down the 15-storey structure on site and replace it with a 62-storey mixed-use skyscraper.

Known as the National Life Building, the concrete monolith was completed in 1972 with a design by John B. Parkin Associates, a firm responsible for some of the most celebrated Toronto buildings of the 1960s and 70s.

Though it lacks heritage protection, the current structure has held a distinct presence along Hospital Row for a half-century, known for its clean grid of windows and the concrete coffered ceilings above its raised ground-floor courtyard.

They can't always be winners. New proposal from @WZMHarchitects: 611 units & 250k office to replace Parkin's 1972 masterpiece at 522 University. One of the handsomest office buildings in the City, with one of the most engaging at-grade experiences, replaced with this anonymity: pic.twitter.com/W7y8r3jQVb

In its place, the new WZMH Architects-designed building proposes a height of almost 234 metres, which would rank as the city's 11th-tallest building if completed today.

The plan maintains a significant office presence of over 23,350 square metres in a 13-storey podium that steps down to a four-storey base along University Avenue containing over 350 square metres of new retail space. 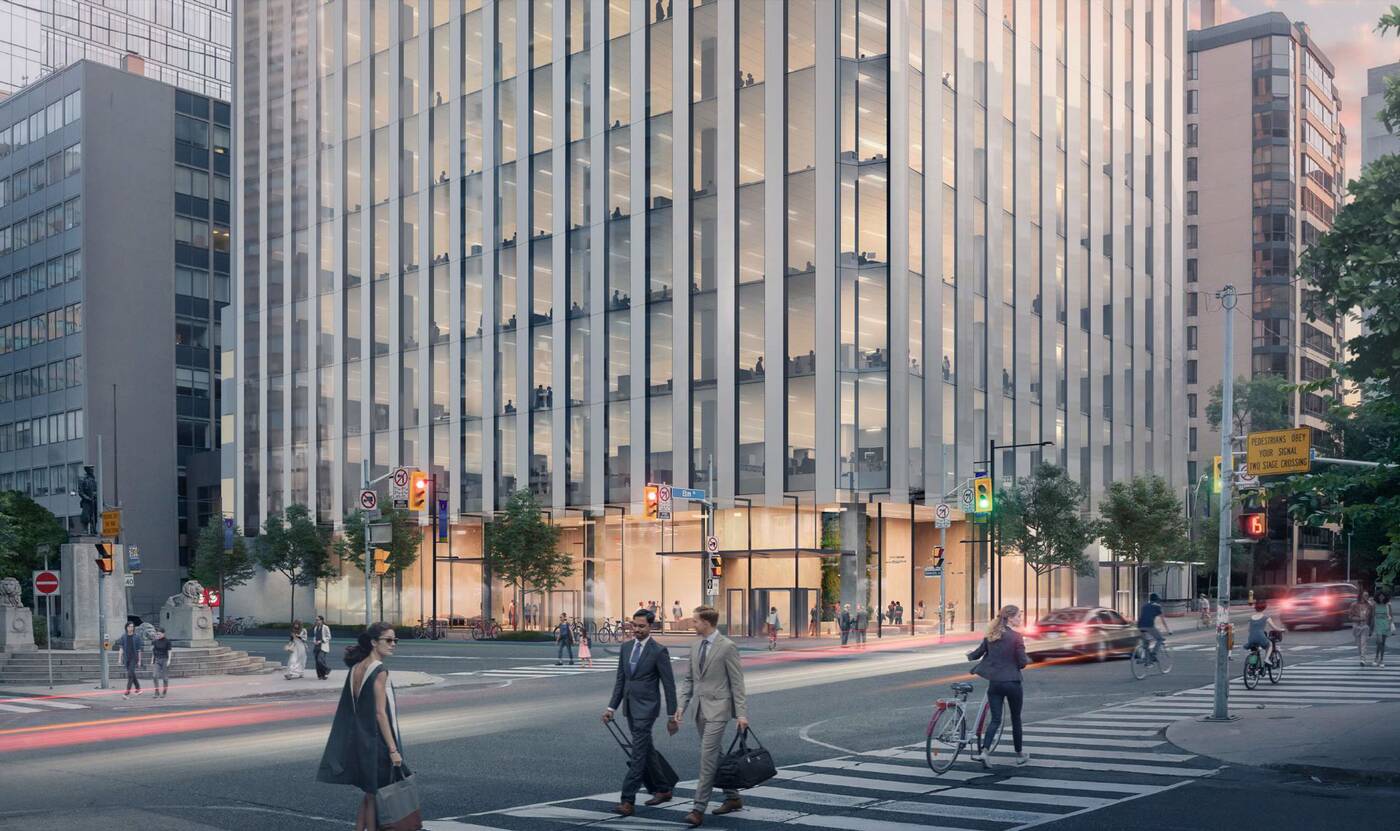 Though the proposal incorporates replacement office space, it also replaces the existing concrete look with a more modern aesthetic of glass and steel.

The slow erosion of our modernist office stock continues. The proposal itself is inoffensive as a stand-alone project, but the fact that we'd be losing this absolute gem for some anodyne curtain wall block is truly unfortunate. pic.twitter.com/6XbblXb9JY

Atop the office base, the upper 49 storeys would contain over 35,150 square metres of residential space, including a total of 611 condominiums, planned with 94 studios, 329 one-bedrooms, 127 two-bedrooms, and 61 three-bedroom units.

Crowning the tower, a multi-level mechanical penthouse includes an almost 295 square-metre outdoor amenity deck atop the 62nd floor, offering views to the north, south, and east.

Residents of the tower will be able to enjoy this space even in windy conditions, thanks to a 1.8-metre-tall glass screen.