In a testament to just how desperate developers are to pack residential units into the sardine can density of Toronto's downtown core, a new proposal is seeking to add 33 new levels atop an existing 14-storey office building at 200 University Avenue. 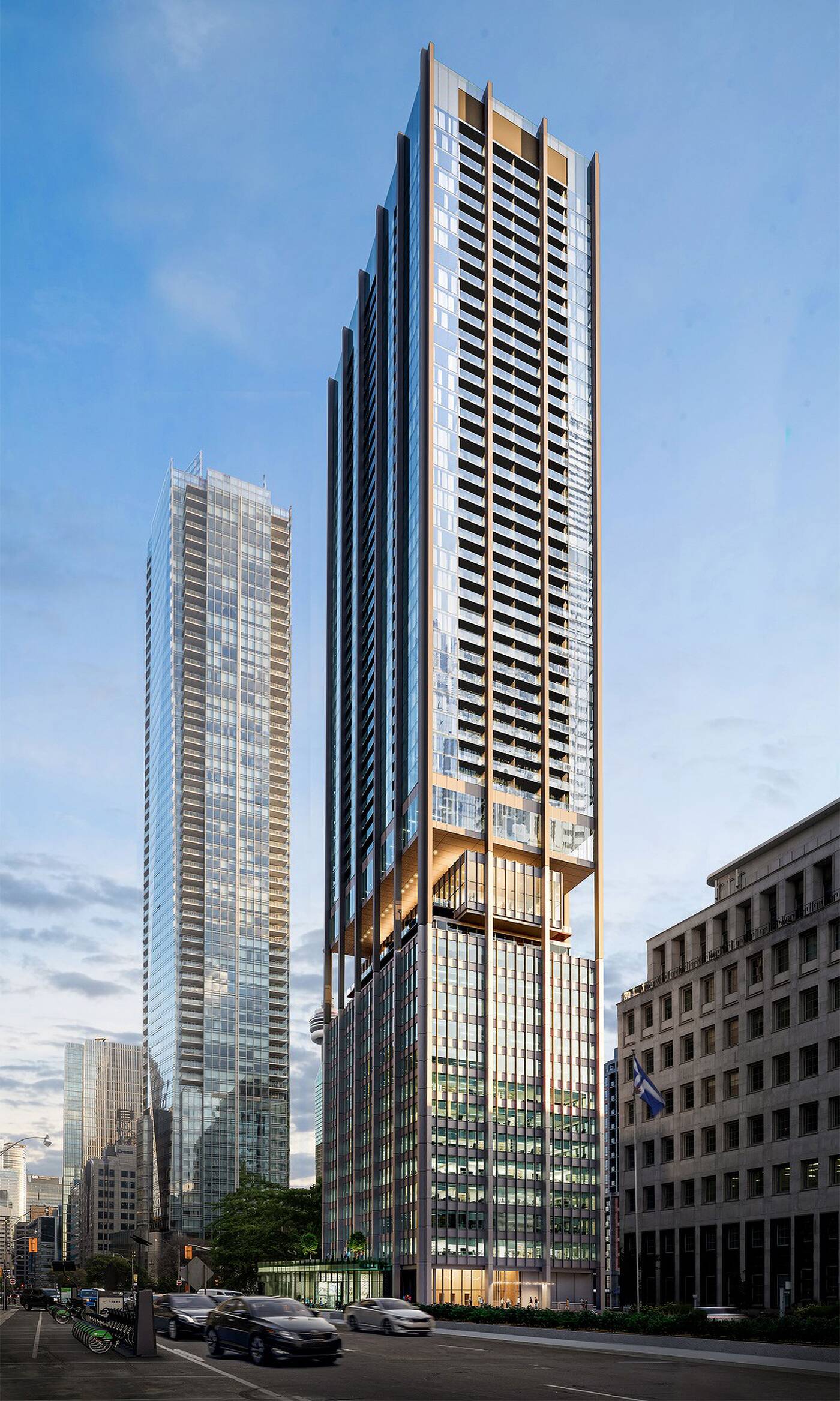 A development application has been tabled to city planners. If approved, the plan would bring approximately 475 new residential suites to this stretch of University Avenue.

Modifications to the existing office tower would be required to support all of this extra mass, including a full retrofit, the retention of office uses on 12 of the 14 floors, and the creation of a new ground-level retail pavilion.

The office tower's existing mechanical penthouse level is to be repurposed as a hybrid amenity space serving office tenants during working hours and residents of the suites above at night. 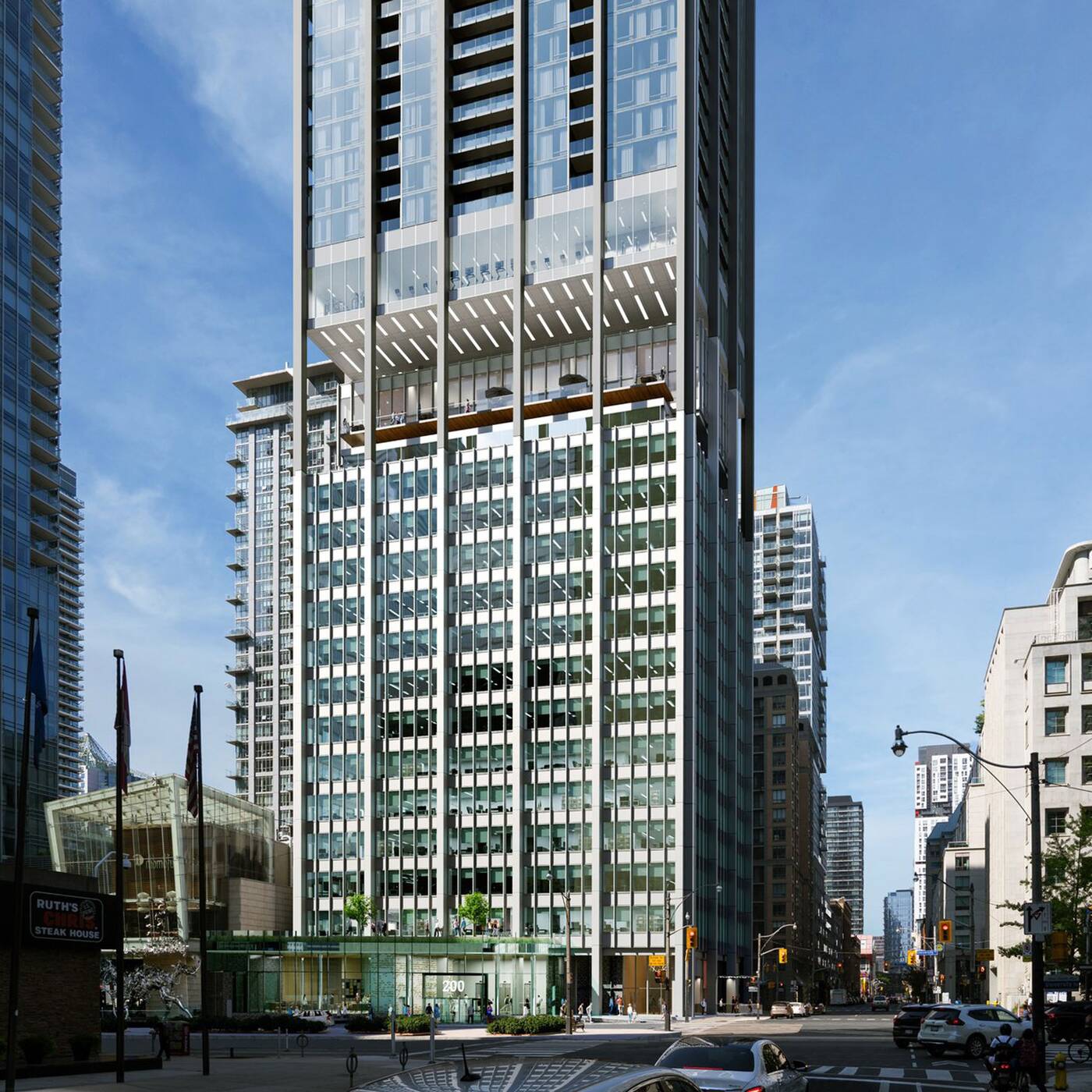 "The new additions embrace the same concepts that inspired John C. Parkin's design for this building, maintaining the legibility of the original building while adding a new floating mass that echoes the elegant articulation of the lantern-like mechanical penthouse." Says Chris Couse, Founding Principal of KPMB Architects.

If all of this sounds absolutely bananas from a safety point of view, it's actually not the first time it's been done on University Avenue.

A very similar concept was recently executed over at 488 University Avenue, adding 37 storeys of condos above an 18-storey building through the use of a structural tabletop that transferred the new weight around and below the existing tower.

It's part of an emerging development trend along this stretch where existing buildings or facades are preserving the old identity of the ceremonial boulevard while allowing new growth above.